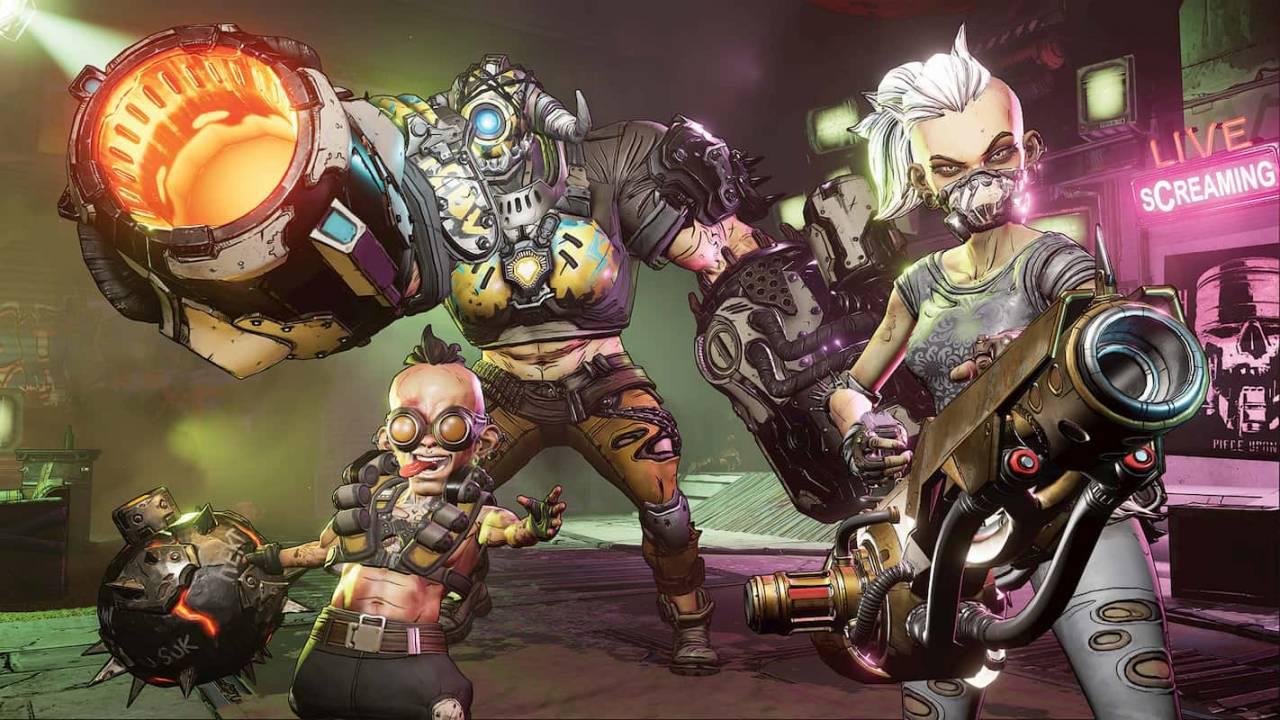 I’ve played most of the new next-gen launch games now (sorry, Godfall, not you!) and I’m surprised to say that a last-gen game, Borderlands 3, is one of the best of the lot. Now, of course, it already came out on last-gen consoles just over a year ago but the next-gen upgrade makes Borderlands 3 look and feel like a next-gen launch game. Better yet, the next-gen upgrade is free to current owners of the game. There’s numerous examples of other games requiring current owners to re-purchase a next-gen version of the same game, so kudos to Gearbox and 2K for not doing that.

Gaming Nexus reviewed the last-gen Xbox One S version of Borderlands 3 when it first released last year. Unfortunately, as we noted, that version suffered from technical issues such as “drops in framerate now and then” as well as navigating menus being far from a smooth experience, taking “up to 10 seconds just to load the skill trees.” Well, the next-gen upgrade remedies all the aforementioned issues, with frame rate speeds now reaching 120 frames per second in performance mode. 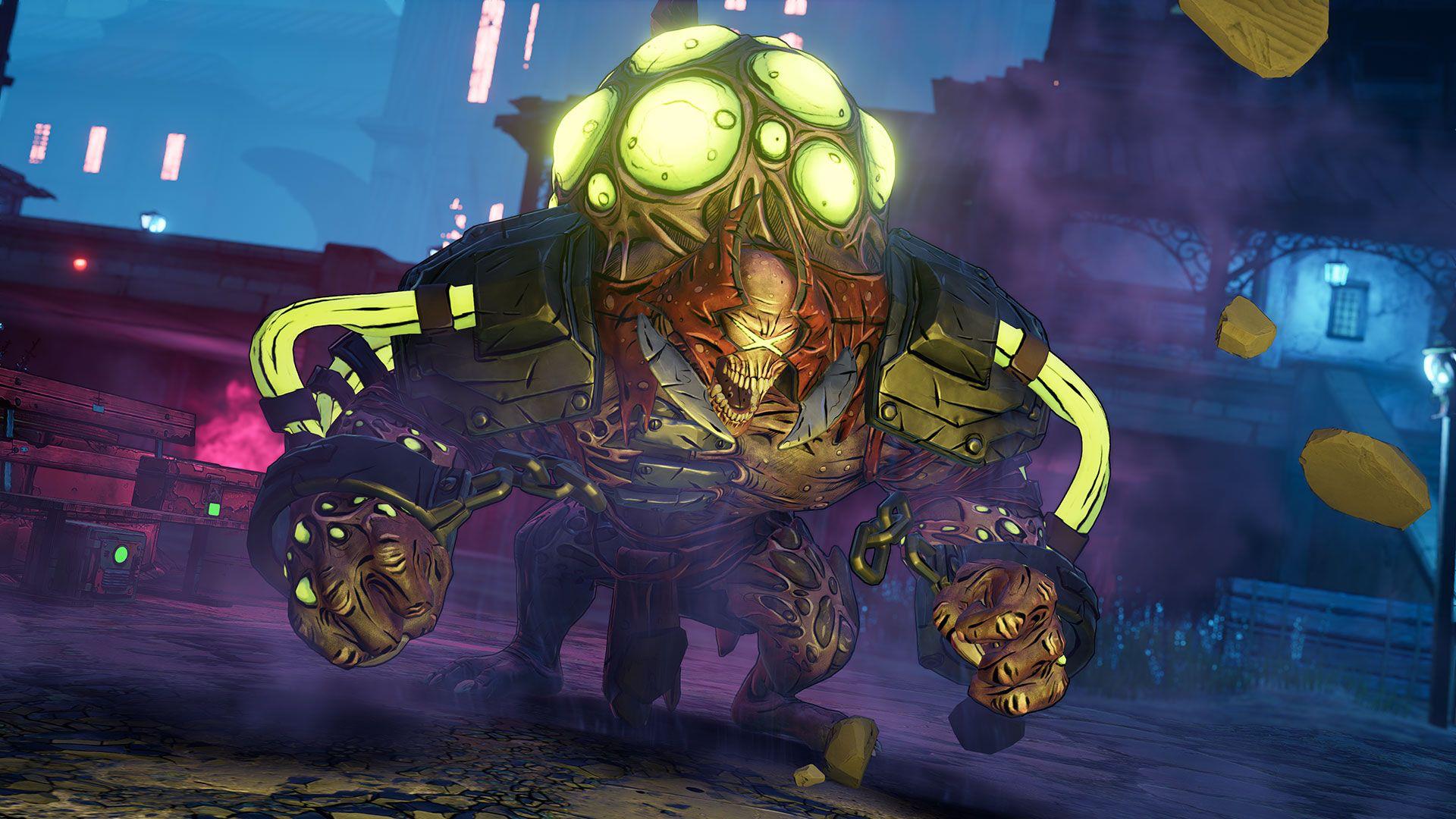 I, however, stuck to the 4K 60 FPS mode, which puts out a crisp 4K image at a stable 60 FPS with no noticeable drops. I did briefly test the 120 FPS mode on my main TV set which supports 120hz and HDMI 2.1, and it really was buttery smooth. For console gamers especially, it’s a revelation. But, most people don’t own a TV that can support this mode and 60 FPS is good enough for me without sacrificing a crisp 4K resolution. Playing at 120 FPS does mean sacrificing that 4K resolution and the resulting quality still holds up nicely but it does lose that sharpness.

What’s immediately clear is this is no port job of the PC version. This is a smartly tailored next-gen version designed to make effective use of the new console technology. On the PS5, the version tested for this review, it’s a remarkable improvement over the last-gen counterpart. Everything from graphics, resolution, frame rate, and load times, are all greatly improved in the next-gen version. On top of that, the horsepower of the new systems means that Borderlands 3 now supports up to four-player splitscreen co-op. 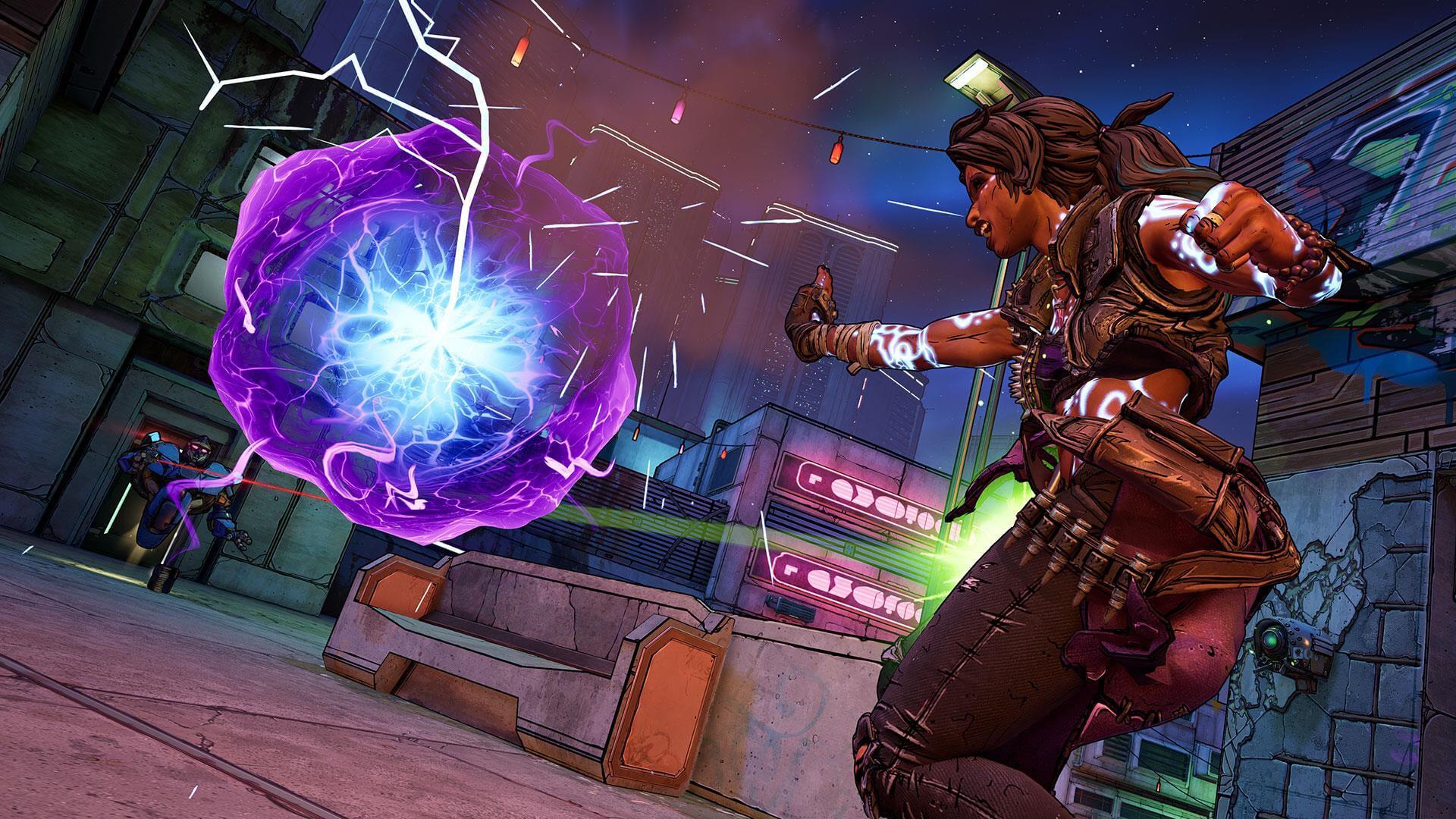 The Next-Level edition does not, however, come with the Season 1 DLC content. For that, you’d need the slightly more expensive Ultimate Edition. Both new bundles come with the newer Season 2 content. Season 2 starts off with the Designer’s Cut add-on, available now, features an additional Skill Tree for each Vault Hunter and a brand-new, roguelike game mode called Arms Race. The other new add-on, the Director’s Cut, will be available next year. 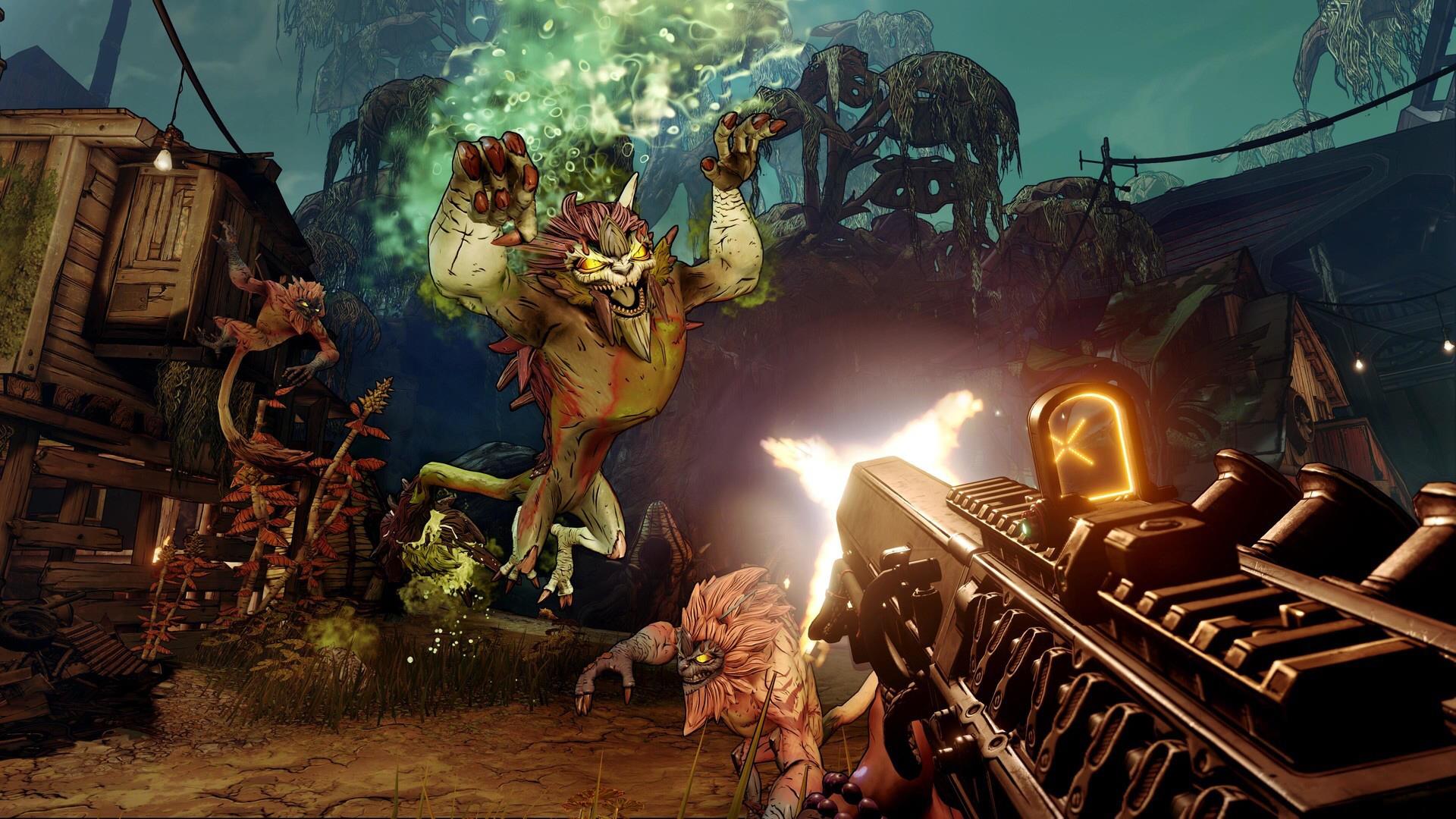 The PS5 version of Borderlands 3 also makes use of the new DualSense features. Namely, they employ the use of adaptive triggers—no easy feat for a game that boasts to have bazillions of weapons. While testing that many weapons is impossible, it is evident that every weapon class feels distinct. Larger weapons feature more resistance on the trigger, requiring you to squeeze the trigger more. Conversely, lighter weapons feature far less resistance. This is really something you have to feel for yourself but, once you do, it’s hard to go back from it due to the added level of immersion.

As far as changes go, that’s about it. The rest of what’s on offer is the same wacky fun adventure that could be enjoyed on last-gen systems. In terms of value, Borderlands 3 represents a lot of it. More so if you pick up the base game which can often be had on sale for a low price. The main story lasts around 20+ hours, but with all the side content you can easily find yourself spending 50+ hours killing all manners of bandits, creatures, and robots, as well as discovering an array of unique weapons. Personally, the humor is a bit hit and miss and the overuse of the word "scrub" gets old, but on the whole it’s just a whole load of dumb fun. 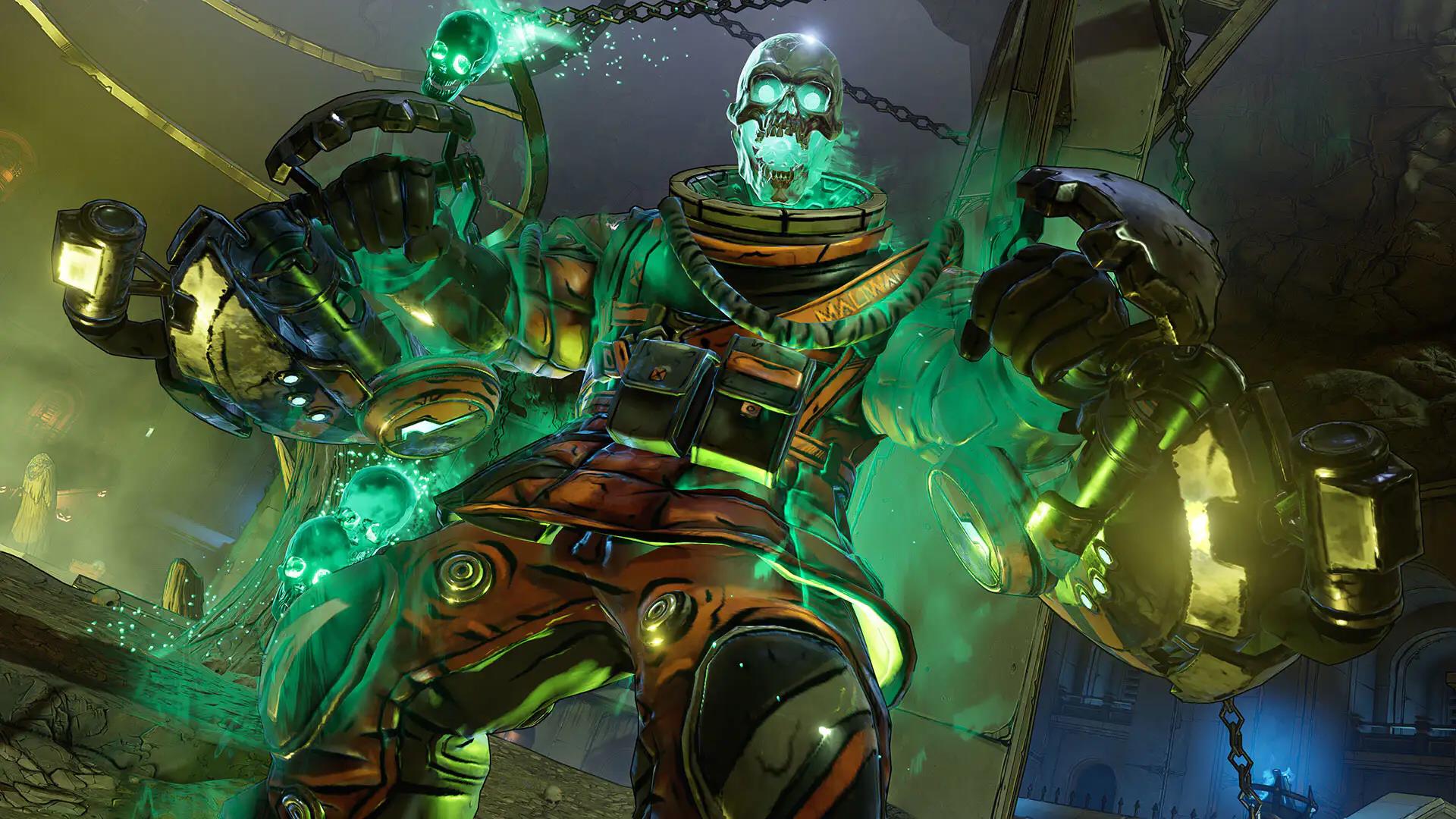 Thanks to the blisteringly fast SSD technology in the new consoles, load times are now drastically reduced. Loading times that once took minutes in the open world of Borderlands 3 are now cut down to seconds. Though, it’s not quite as fast as the PS5 exclusive games, it’s a massive difference from the last-gen counterparts of Borderlands 3. In a game that often requires you to traverse new regions or fast travel across large areas, the improved loading times are more than welcome.

Our original review of Borderlands 3 saw the third mainline entry in the series awarded a fair score of 8/10. We noted how “technical issues sadly bring the score down a bit.” But the next-gen upgrade for Borderlands 3 not only rectifies those technical issues, it takes the game to new heights with support for a full native 4K image (at 60 FPS) and a truly next-gen-feeling 120 FPS mode, albeit at a lower resolution. Make no doubt about it, this is the definitive way to play Borderlands 3. Whether you’re venturing into the Borderlands for the first time, or revisiting now that the technical issues are fixed, you’re in for a hell of a time.

Borderlands 3 on next-gen systems, and the PS5 in particular—thanks to the immersive use of DualSense features such as adaptive triggers—is the definitive way to play the third mainline Borderlands game either in a full crisp 4K or in a game-changing 120 frames per second.