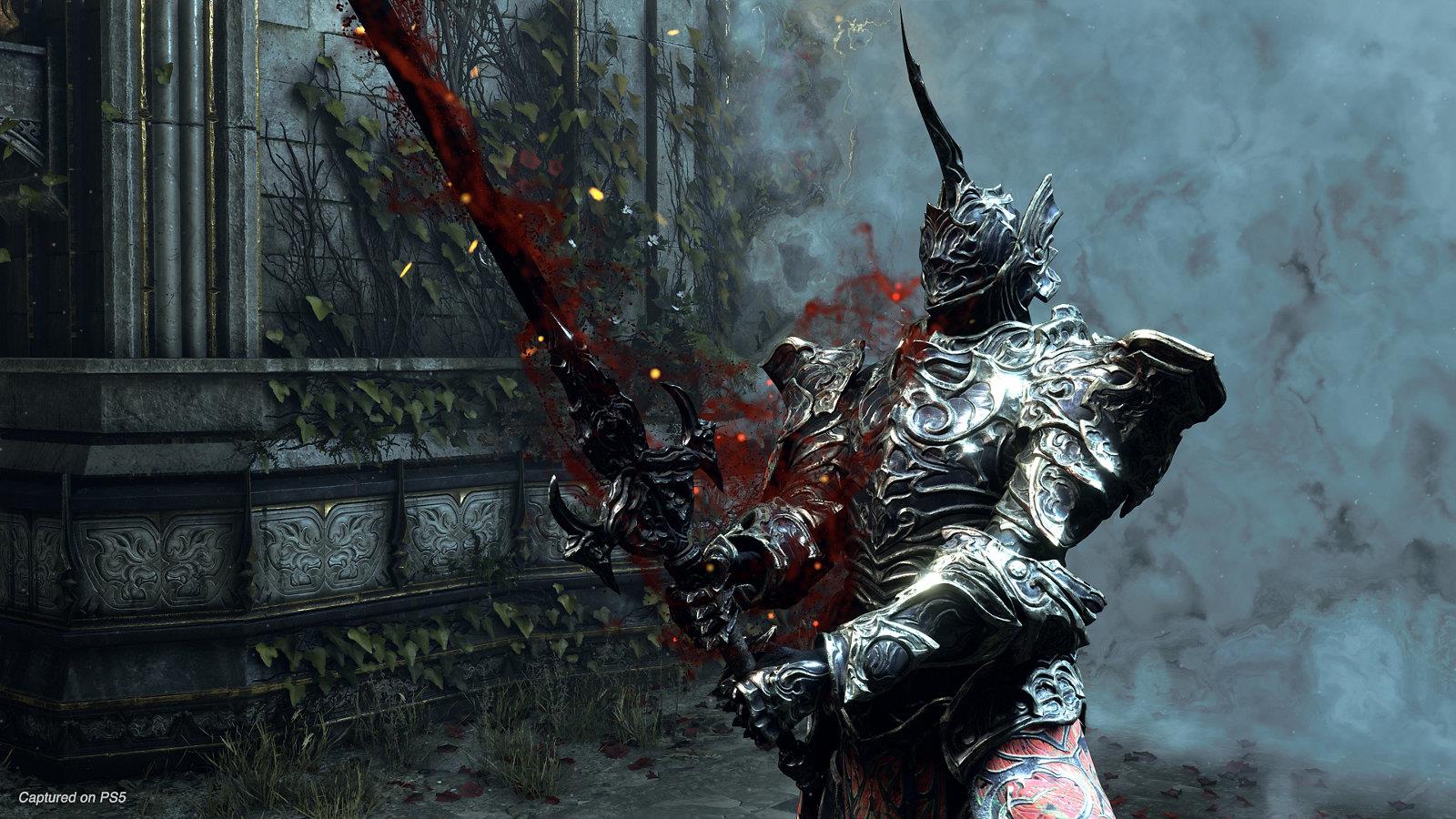 Out of the impressively diverse PlayStation 5 launch lineup, it is Bluepoint’s Demon’s Souls that carries the highest expectations as the premier $70 launch exclusive. At the time of this writing, the territory of $70 games remains largely uncharted waters. Sony, therefore, is taking a risk by wading into these waters with its pricing of Demon’s Souls, one of the few launch games selling for this price. In a year of great turmoil brought about by the ongoing COVID-19 pandemic, I speak for myself, and I’d wager many others, when I say a game has to be deservingly representative of that value before I get on board with the price hike. 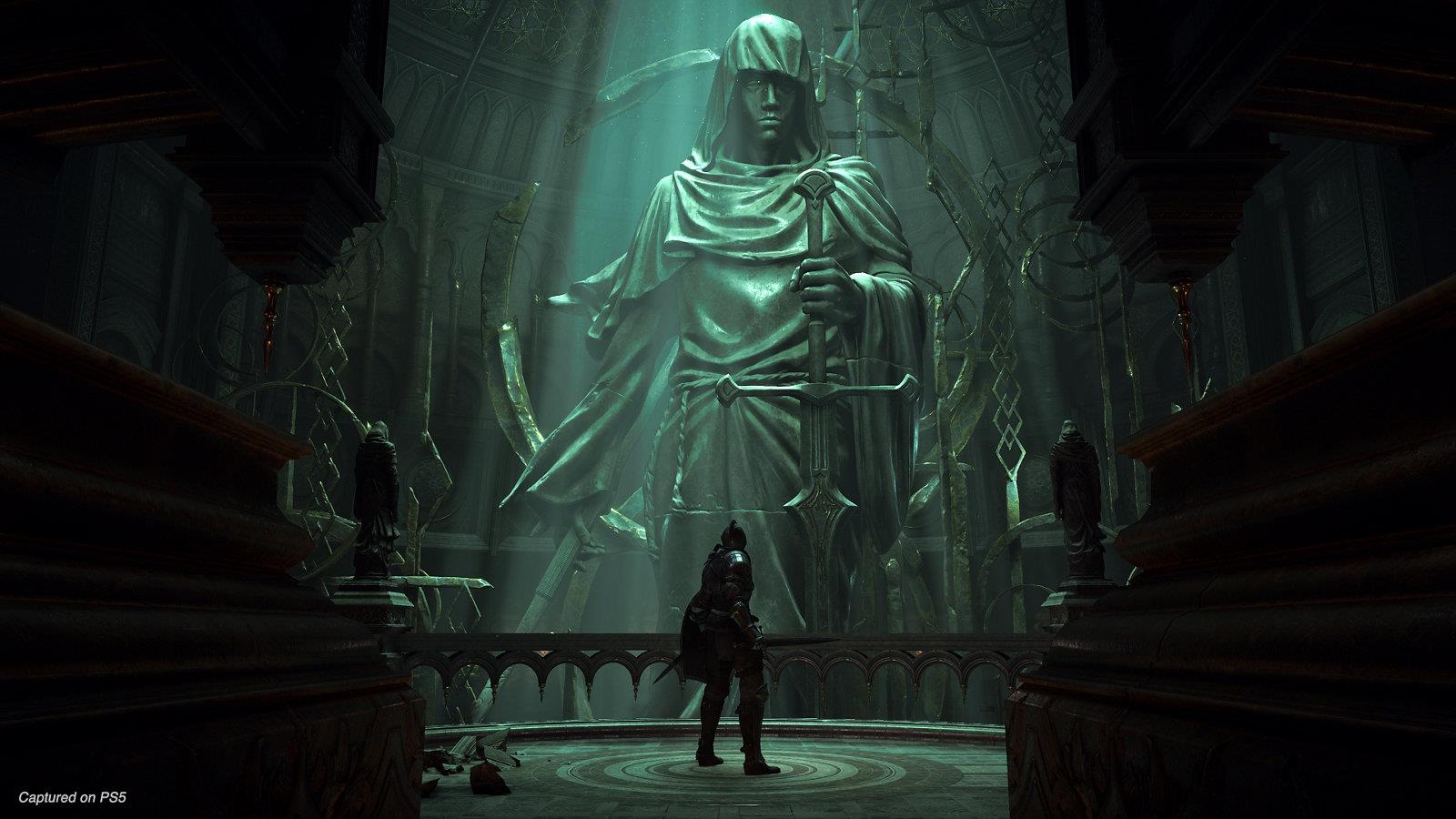 That’s ultimately what it comes down to: value. I can say right off the bat, you will not find a more impressive piece of software than Bluepoint’s Demon’s Souls to showcase the capabilities of your new PlayStation 5. And who better to trust with the stewardship of remaking Demon’s Souls than Bluepoint Games?

Over the last few years, on other remake projects such as the Shadow of the Colossus remake, Bluepoint has repeatedly exemplified their fine digital craftsmanship. With this developer at the helm, my expectations were high. What I didn’t expect, however, was for my expectations to be completely blown away. 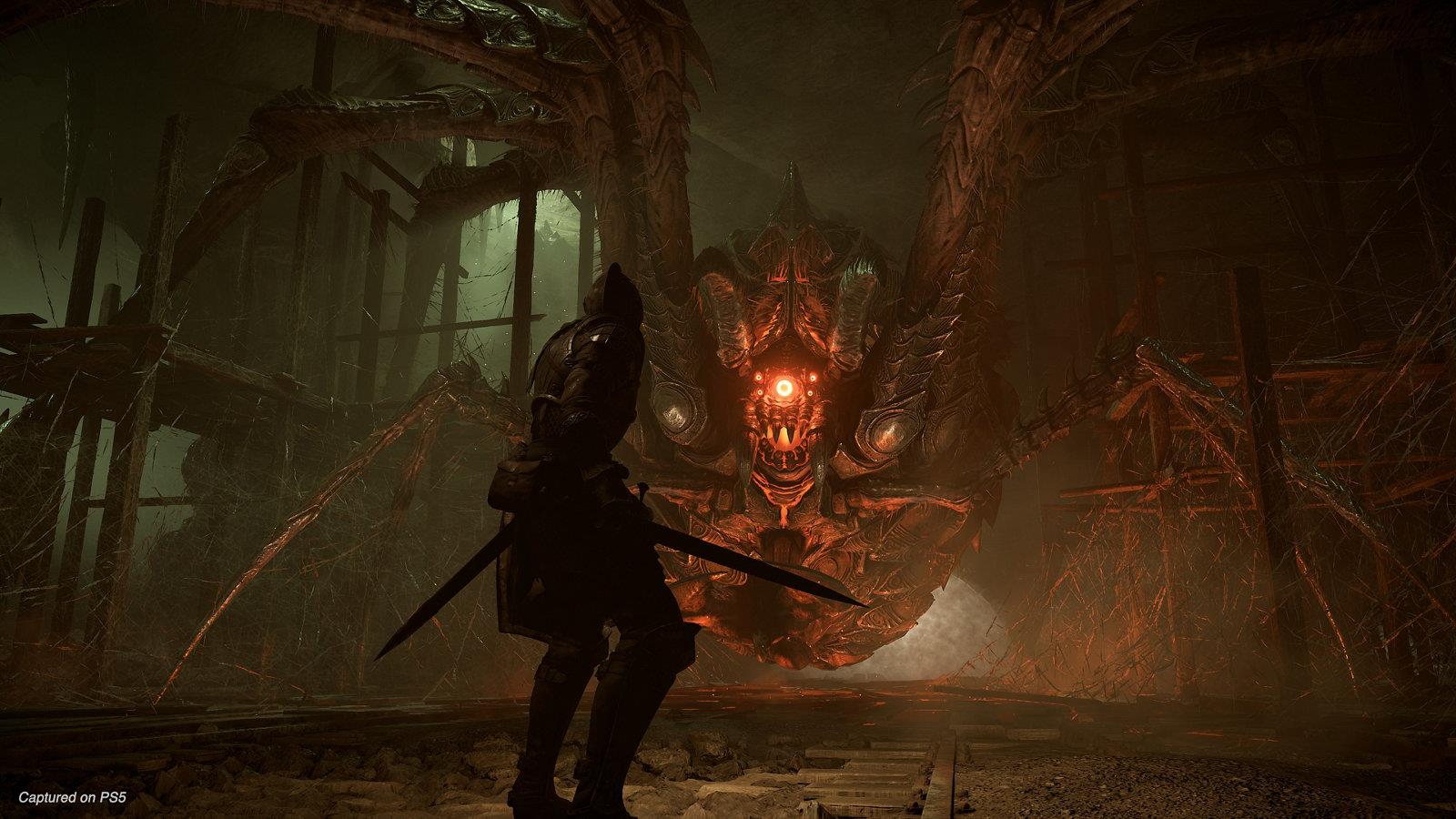 Remakes present a unique challenge in how a development studio must strike a balance between preserving the old and ushering in the new. The original Demon’s Souls released on the PlayStation 3 back in 2009, and is now widely regarded as a modern classic. Not only that, it’s also the first game in the series that spawned multiple Souls games as well as creating a whole new Souls-like genre in gaming. Nonetheless, technology has come a long way in the 11 years since, and if Demon’s Souls was to make a return, it would be in need of more than just a fresh coat of paint.

Though, having said that, the fresh coat of paint on Bluepoint’s Demon’s Souls is mightily impressive. In fact, it stands out from the rest as the most visually impressive next-gen launch title. There is a 4K graphics mode that really pushes the graphics to the max, albeit at the cost of frame rate as it runs at 30 frames-per-second. Personally, it feels like the performance mode is the way to go. You don’t quite get a native 4K image but it’s still stunning nonetheless. More importantly, however, is the buttery smooth 60 FPS gameplay. This marriage of beautiful visuals at a smooth 60 FPS makes for the most next-gen-feeling showcase of the new PlayStation 5. 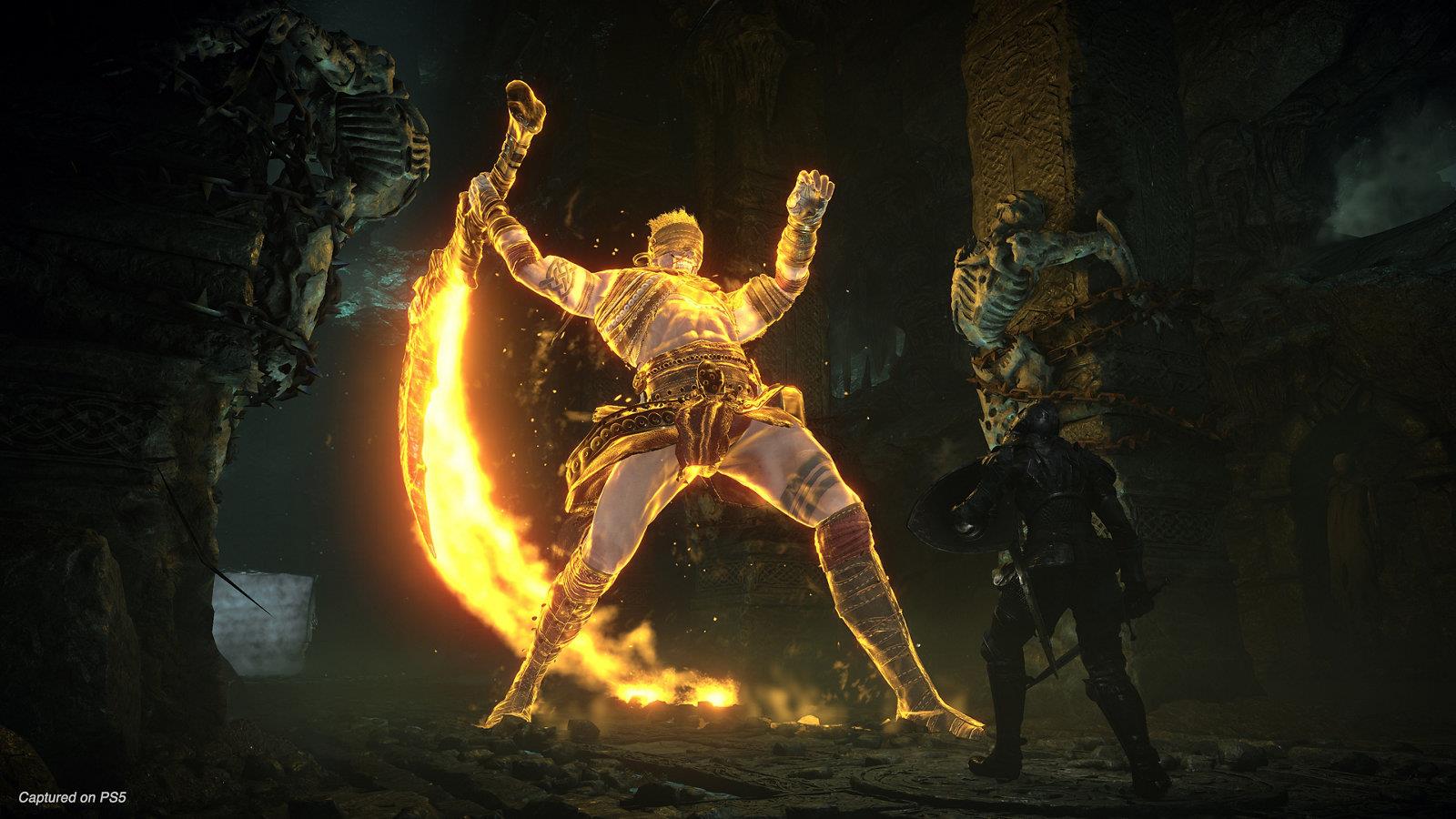 As aforementioned, Demon’s Souls was in need of more than just a fresh coat of paint. To really elevate this remake beyond the original, various quality of life improvements were required. First and foremost, and something that marred my own experience with the original, Bluepoint has redesigned the camera. The camera now hovers over the player character’s shoulder, instead of their back as was the case in the original. Purists are given the option of reverting to the old camera, though, should they wish. The new camera does, however, do away with a lot of the issues that plagued the original where the camera would get stuck in certain areas or run through walls.

As well as an updated camera to improve the quality of gameplay to match today’s standards, Bluepoint also made some much-needed changes to the player character’s core movement. Specifically, Bluepoint’s Demon’s Souls features omnidirectional evasion, a much-needed upgrade over the original’s more restrictive four-way rolling. As well as changes to the camera and movement, there’s a few minor quality-of-life improvements across the board but largely, this is the same game as the PlayStation 3 original. 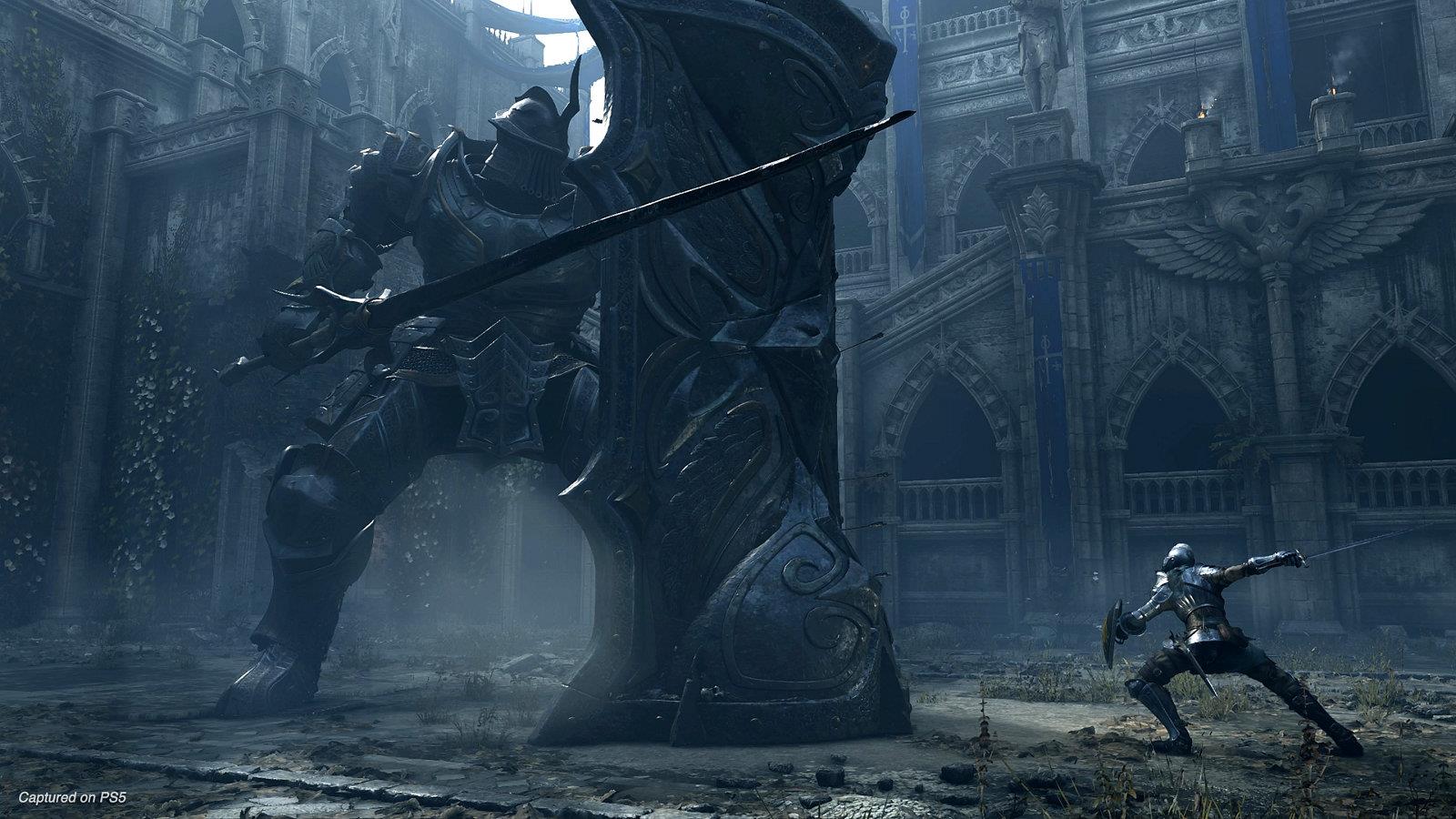 Yes, that means the game is just as difficult as it was before. More so, even, due to the change in how healing grass now works with an added weight effect. Bluepoint has also left the inventory limit in place, something removed from every subsequent game, and going back to it proves annoying. So, while it’s understandable Bluepoint wants to stay as faithful to a 1:1 recreation of Demon’s Souls, I can’t help but feel that updating this, like they did the camera and movement, would’ve been a massive quality of life upgrade.

In Demon’s Souls, you can expect to die, die, and die again. But, lessons learned from death pushes the player to overcome that challenge. It can be frustrating, sure, but it’s also one of the most rewarding and satisfying feelings a game can provide when you finally beat that boss who’s killed you a dozen times already. Here’s a helpful tip for any newcomers to Demon’s Souls; select the Templar Knight or Royalty class, both of which are widely regarded as the best classes for first-time players. 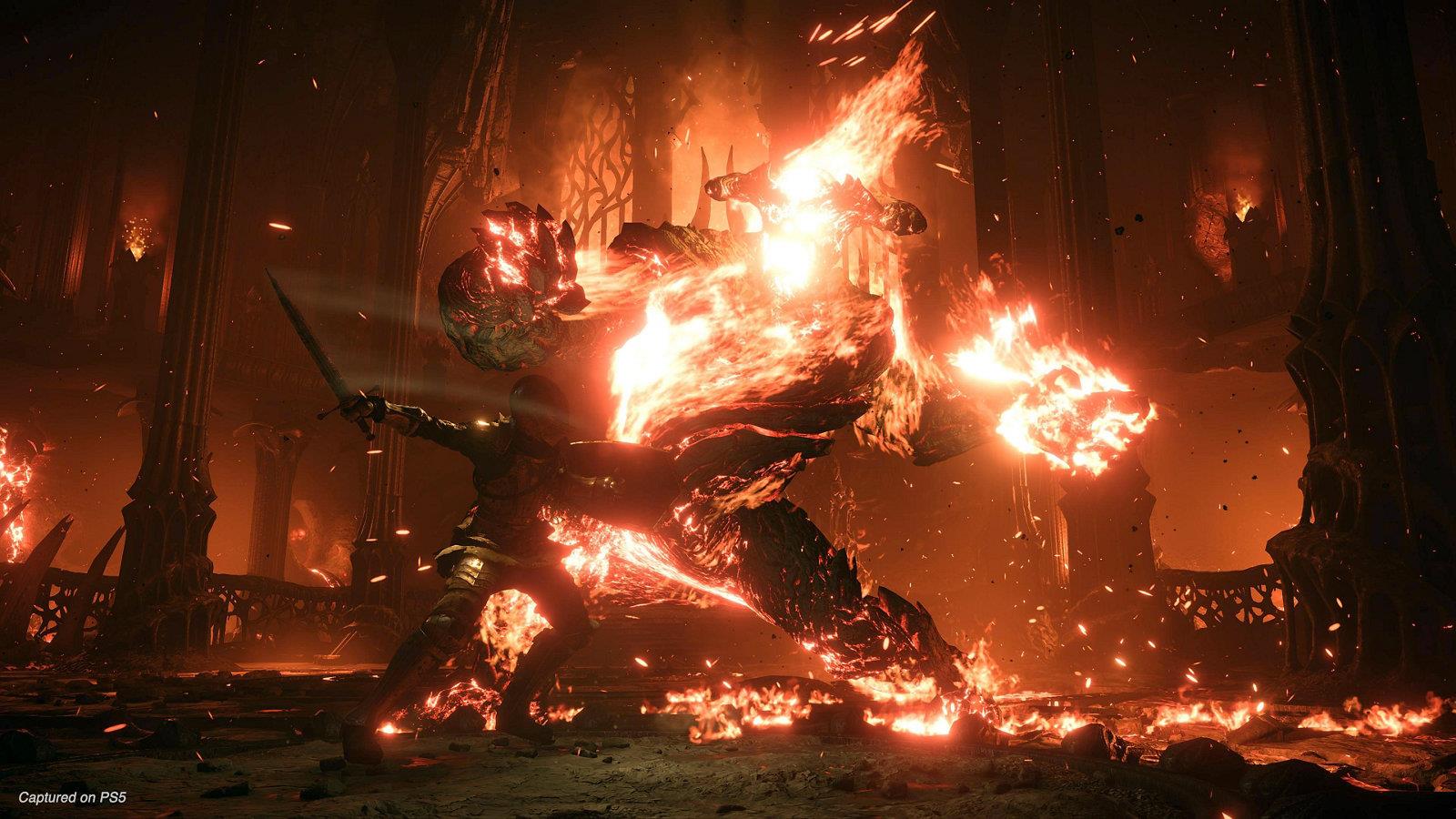 Though, thanks to the blisteringly fast SSD in the PlayStation 5, death is far less of a nuisance than it was back in the PlayStation 3 original, where death meant having to wait a few minutes before getting back into the game. The SSD speed means you literally only wait a few seconds to ponder how to avenge your death before being thrust back into the action. Apart from the obvious upgrade in visual quality, the SSD speed is what really makes you feel like you’re in the next generation. Sure, PC gamers have enjoyed this for years now so it’s not exactly new. But for console gamers, it’s a massive leap. On top of that, PC gamers will be hard-pressed to find an SSD that matches or bests the speed of the custom SSD in the PS5.

As technology has evolved, so has the Souls franchise a fair bit since Demon’s Souls first released in 2009. Fans of the newer Souls games might find themselves unfamiliar with the level design in Demon’s Souls—something Bluepoint have stayed faithfully accurate to. Instead of the sprawling, open locales found in the newer games, Demon’s Souls features five distinctly separate worlds (Archstones) within Boletaria connected via a hub area, the Nexus. 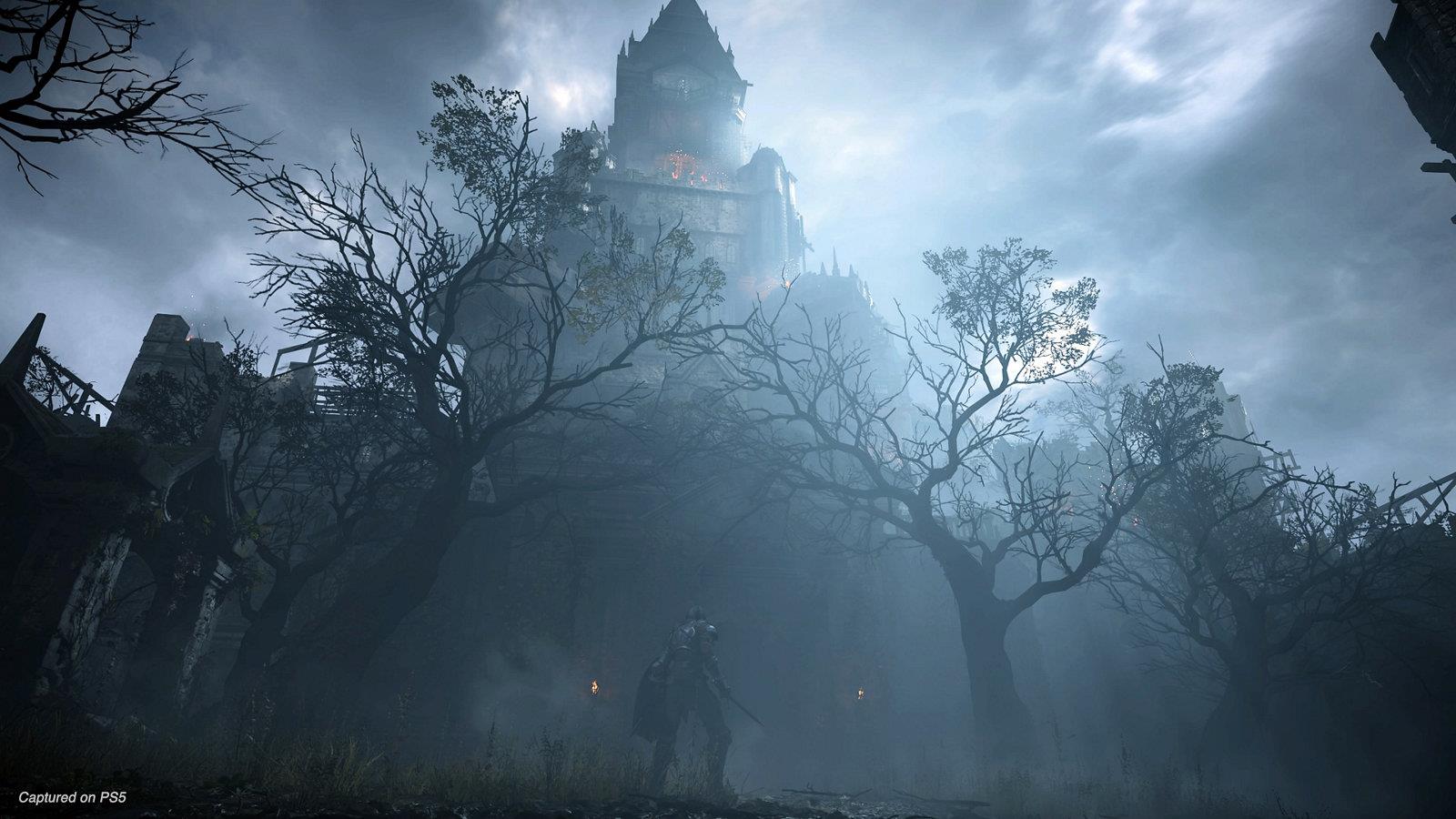 This level design might be considered somewhat archaic in modern gaming, but, that’s not to say it doesn’t work. Especially in a game full of roadblocks, it can be stress-relieving to be able to come out of one world where success is proving hard to come by, and revisit one of the other worlds and continue there. The core gameplay loop remains the same: defeat the demons and bosses that inhabit these worlds in order to collect their souls, which are used to upgrade equipment and buy items.

Online functionality is back in Demon’s Souls with a myriad of features brought into play with online support. Through summon signs and blue eye stones, players can team up to take on a boss in co-op, but it’s a lot more convoluted than just sending an invite and having a friend join. PvP makes a return for those who seek the thrill of taking on other players for the reward of souls. Players can invade your game, too, so be vigilant and prepared for that. If it’s your first time in Boletaria, it might be prudent to stick to offline play. This forfeits the ability to have a co-op player help you, but it also means you won’t be getting killed by some jerk that invades your game.

If you’ve been as impressed with the DualSense controller as I have, you’ll be glad to hear that Demon’s Souls makes effective use of the new controller’s features. Haptic feedback—highly programmable and improved rumble—means you really feel the clash of metal on metal as a result of a block or parry. The simple acts of pulling levers or opening gates are now transformed thanks to the enhanced sensory feedback made capably by the new DualSense controller. It’s difficult to put into words but once you experience it for yourself, it’s hard to go back to standard controllers.

Further immersing the player in the dark, gritty worlds of Demon’s Souls is the soundtrack, which has been rerecorded with an orchestra for the remake. The soundtrack is haunting and, in conjunction with other sensory experiences such as the new DualSense features, a Souls game has never felt so immersive. Demon’s Souls also makes use of Sony’s new 3D audio technology to really enhance the experience even further. Everything from spells bouncing around an echo chamber to the fire coming from the dragon’s mouth, the sound design is flawless. The 3D audio really brings it to life in an unprecedented way.

Demon’s Souls is undeniably the premier PlayStation 5 launch exclusive. Some might feel reluctance due to the increased $70 price tag, but Demon’s Souls earns that price tag. From its incredibly impressive visuals, quality-of-life gameplay improvements, superb sound design and soundtrack, and use of the new DualSense controller, Demon’s Souls is a stunning showcase of why the PlayStation 5 is worth upgrading to at launch.

Demon's Souls is the must-have PlayStation 5 exclusive as the showstopper of the launch lineup. It's so close to being a perfect 10. But some archaic mechanics left untouched, as well as questionable deluxe edition items giving an unfair head start, just prevent it from reaching that pinnacle. Nevertheless, if you want justification of why the PlayStation 5 is worth upgrading to at launch, look no further than Demon's Souls.