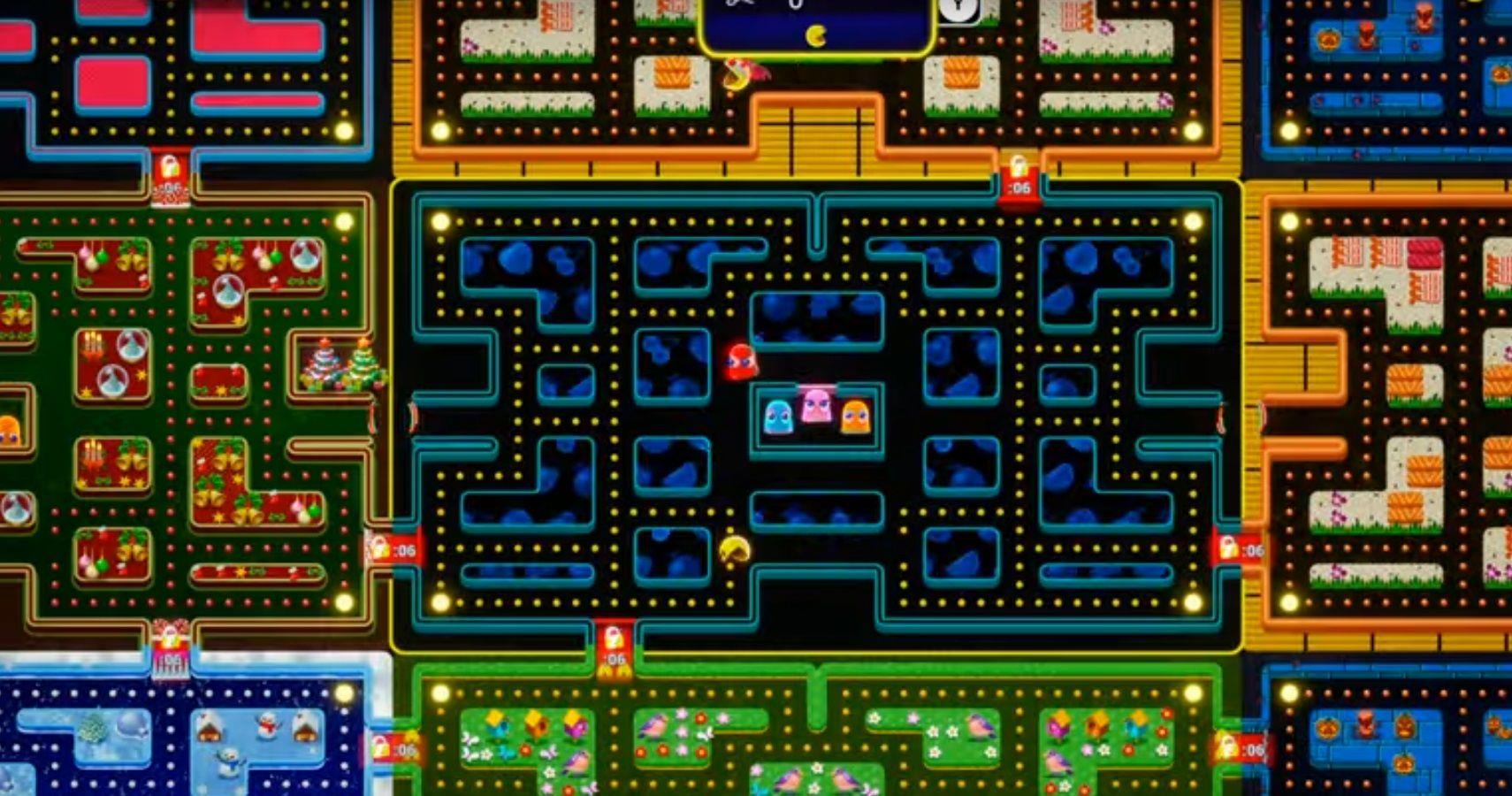 I’ve never been a huge PAC-MAN fan. If I’m being perfectly honest, my parents refused to give me enough quarters to get good at it. I lay my lack of PAC-ability directly at their feet. During the age of PAC-MAN fever, my body temperature was around 98.9, ever so slightly elevated due to only minor, occasional acts of ghost chasing.

I remember when the Atari 2600 version of PAC-MAN came out (you remember, the one that went “GRONK GRONK GRONK” instead of “Wacka-wacka-wacka.” I went to a birthday party with a bunch of classmates from school that had the game, and was quickly banished to a corner of the room with a pile of comic books for the crime of bringing down the birthday vibes with my “sucking.” 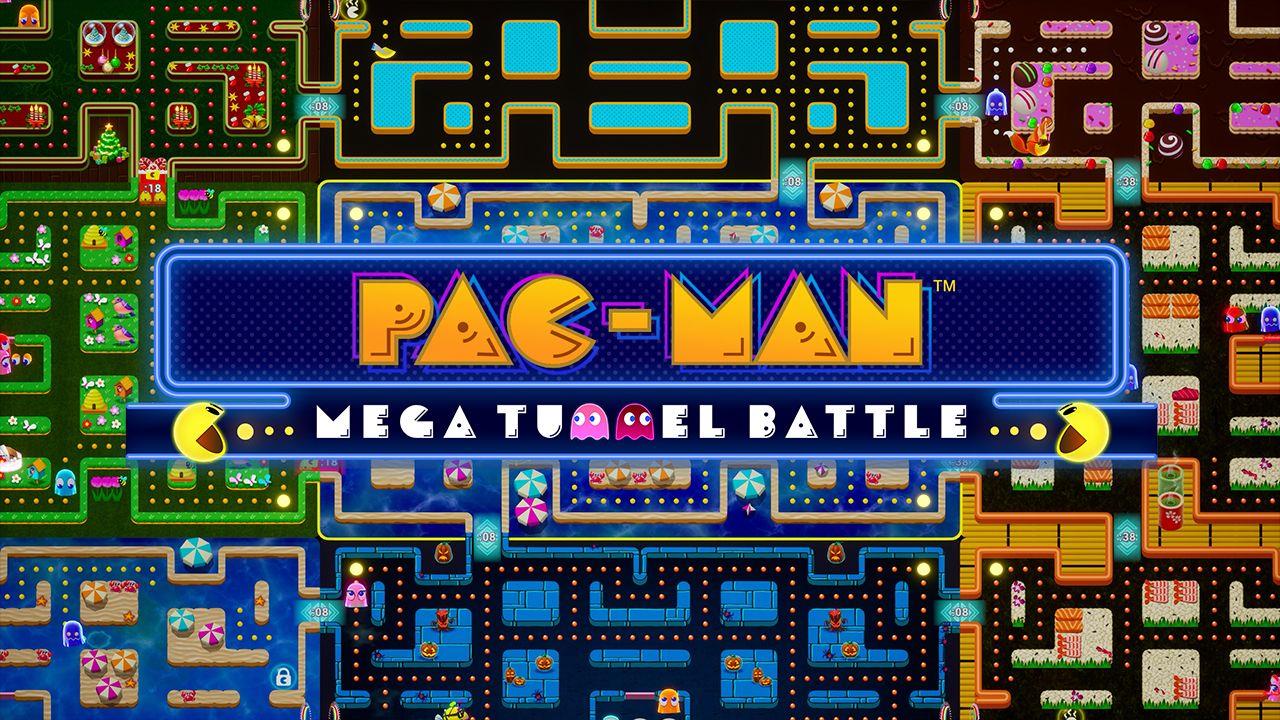 So here I am in 2020, and along comes a game on Google Stadia that allows me to compare my PAC-MAN playing against that of 64 strangers. While my initial thoughts were, “Holy God, why have you forsaken me?” I’ve actually discovered something rather magical while playing PAC-MAN Mega Tunnel Battle. It seems that after a lifetime of playing video games, I’ve gotten somewhat decent at PAC-MAN. Not great, of course. Barely even good. But I no longer go barreling into the nearest ghost in a blind panic. I’ve caught up with PAC-MAN a little, and just in time. 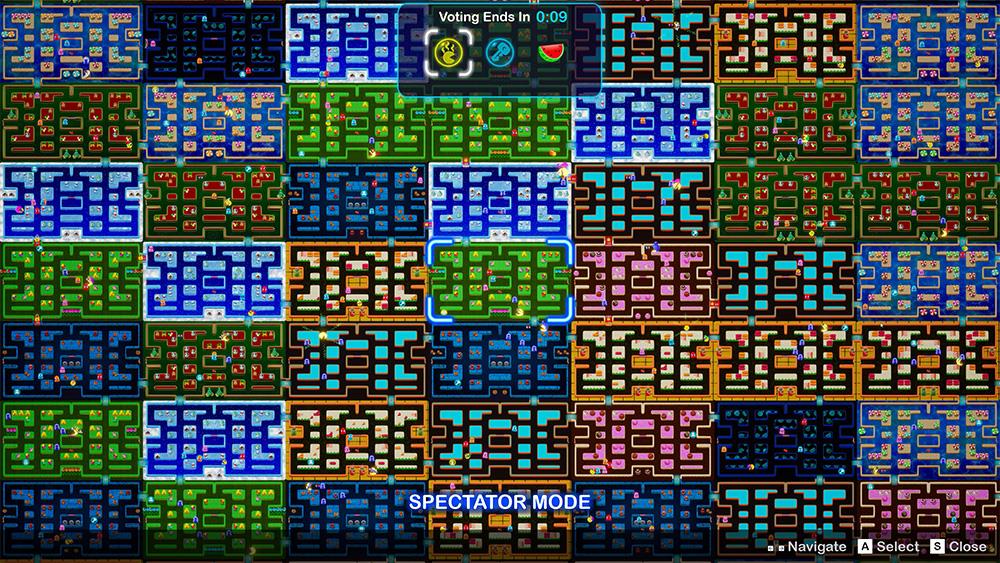 Elimination Mode is where the meat of the game happens. Every players starts in their own high-fidelity but familiar PAC-MAN maze. For a brief time, Mega Tunnel Battle plays like the game you remember, with PAC-MAN munching dots and avoiding ghosts, trying to strategically eat power pellets at opportune times to munch the most blue ghosts. I guess I don’t really need to explain PAC-MAN, do I?

But after about 30 seconds, things take a shift. Portals open up on the sides of your maze, and if you are brave, you can thrust your PAC-MAN through them to invade someone else’s game. And then another. And another. This is both great and terrifying. There are, of course, 64 interlocking mazes, and you have no idea what you are walking into. Sometimes you arrive in a normal, relatively peaceful maze, with a lone fellow PAC munching dots. Sometimes you arrive right at the end of a level, when there are just a few dots left, no power pellets to be seen, and the ghosts are on a rampage. And sometimes you are wandering into a complete PAC-MAN debacle of carnage, with five PACs running around the maze, trying desperately to chomp each other into oblivion. Did I mention that power pellets give one the ability to eat other PACs in addition to ghosts? 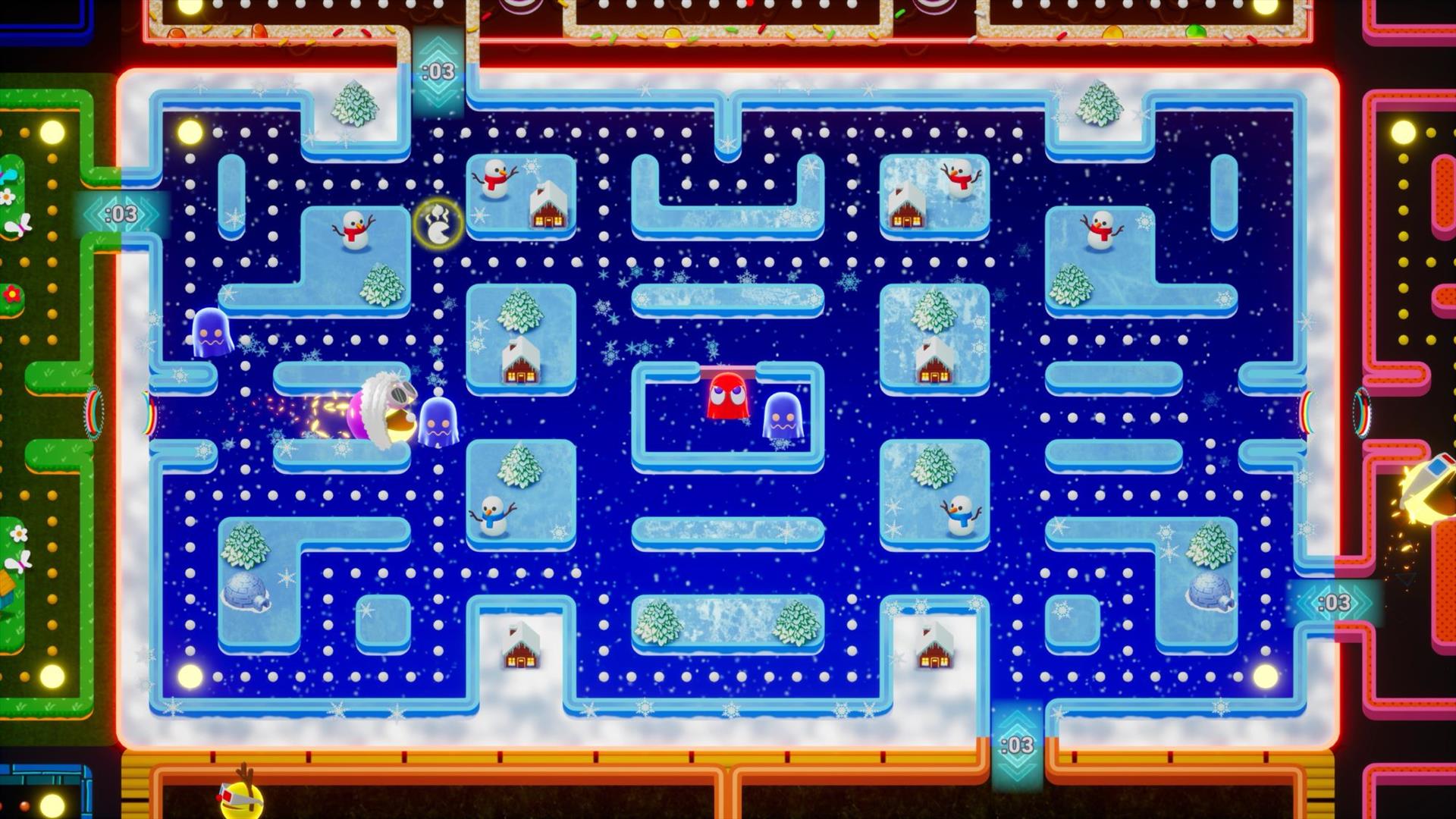 In traditional battle royale fashion, the last PAC standing is the winner. Luckily for players like me who never win at games like this, there are points for second place (or seventh, which may or may not be the best I have ever done). Mega Tunnel Battle awards tokens to non-winners that can be used to buy a bunch of cosmetics, making your PAC-MAN and your maze super fancy in about a zillion different ways. I bet you didn’t realize that there were more things you can do to change PAC-MAN’s appearance beyond slapping some lipstick and eyelashes on him, but there are. Lots. My PAC-MAN is currently running around the maze in a pair of 3D glasses, a fish tail, and a green reindeer nose.

Since the week-long Stadia beta, a new Challenge Mode has been added to the mix, giving players something to gun for when they aren’t trying their luck in Elimination Mode. Challenge Mode is exactly what it sounds like: challenges are presented daily, and players try to achieve those challenges for tokens. These are the sorts of things one might expect: eat 20 ghosts, score 30,000 points, chomp 10 other PACs. But the real bonus to Challenge Mode is the fact that you can play it while waiting in the queue for Elimination Mode, which is a heck of a lot better than running around a junkyard and shooting rubber bullets at people, or whatever other battle royales have players doing these days. 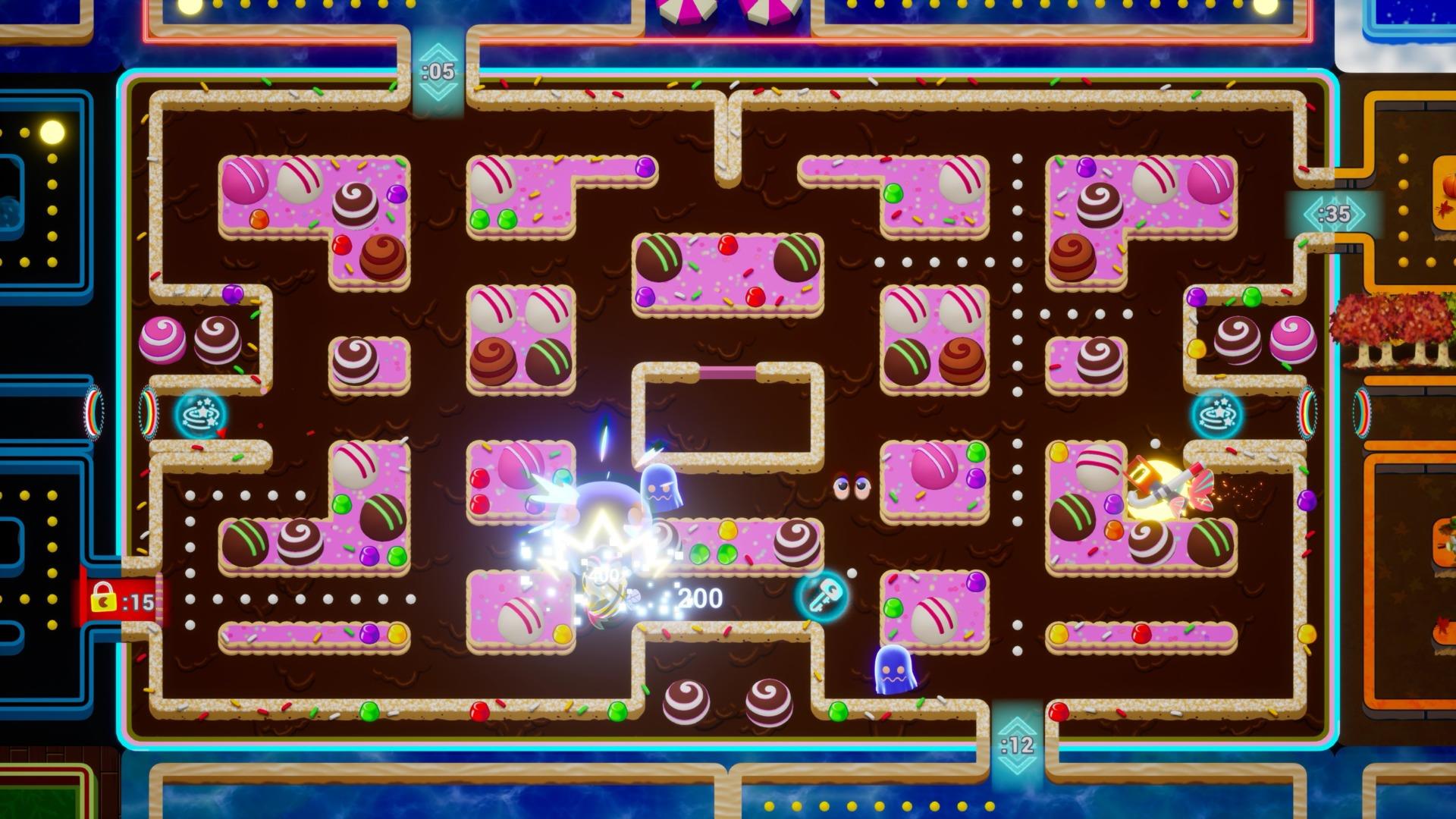 A few other wrinkles mix up the standard PAC-MAN flow. A number of icons show up in the mazes and start bouncing around, granting your PAC-MAN temporary bonus powers if munched. And if you hang out as a spectator after you are eliminated, you are given the ability to help choose what happens next to your ex-competitors, which can be fun. But like most players, I almost immediately bounce after a match and queue up for another. I’m not the sort to sit and watch the drama unfold, though I might learn something if I did.

Like many of the current wave of battle royale games based on classic franchises, PAC-MAN Mega Tunnel Battles isn’t reinventing the wheel. Rather, it is taking modern sensibilities and bolting them to the sturdy frame of a beloved classic. In this case, the end product is surprisingly fun. This might not be game of the year material, but there are far worse ways to spend a few hours than running around a PAC maze, swearing at strangers while trying not to get chomped by them.

Whether you are a PAC-MAN fan or a battle royale fan, there is something here for you to enjoy. Modern games had better practice up, as some older folks might catch wind of this game and decide to mop the floor with some of these Fortnight upstarts. Even a corner-dwelling scrub like me might be able to muster a bit of muscle memory now and then. I may not be able to run the board, but I can probably manage to chomp on the likes of a PUBG player new to the ways of PAC-MAN, which is satisfying enough for me.

PAC-MAN Mega Tunnel Battle is a remarkably entertaining modern twist on what is perhaps the most beloved game of all time. This game manages to retain the fun of old school PAC-MAN, while adding in an extra layer of tension and strategy to the mix by letting players invade each other's games. Brilliant idea, and fun game.