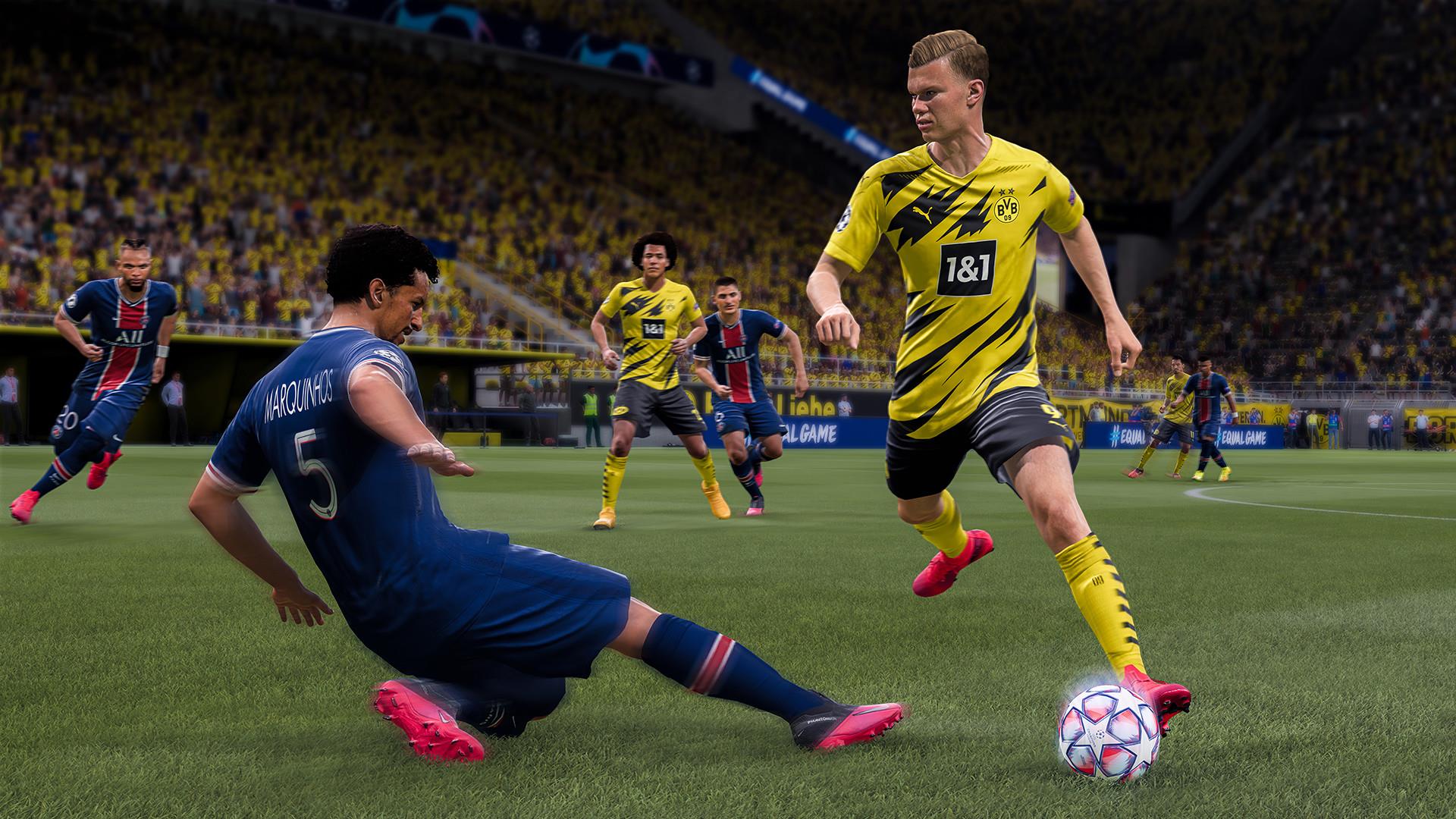 Another year, another review on the FIFA series. Sadly, I feel like these reviews are getting a tad repetitive with my simple requests: Overhaul career mode, give the non-Ultimate Team online modes some love, and focus on making the gameplay enjoyable and not a game where one or two tactics always work. I was fairly critical of the series last year and begged Electronic Arts to actually do something other than slap some paint on the walls and call it a day.

So what does EA decide to do with FIFA 21? They slapped some paint on the walls and called it a day. Let’s get into why I just can’t enjoy this year’s game. 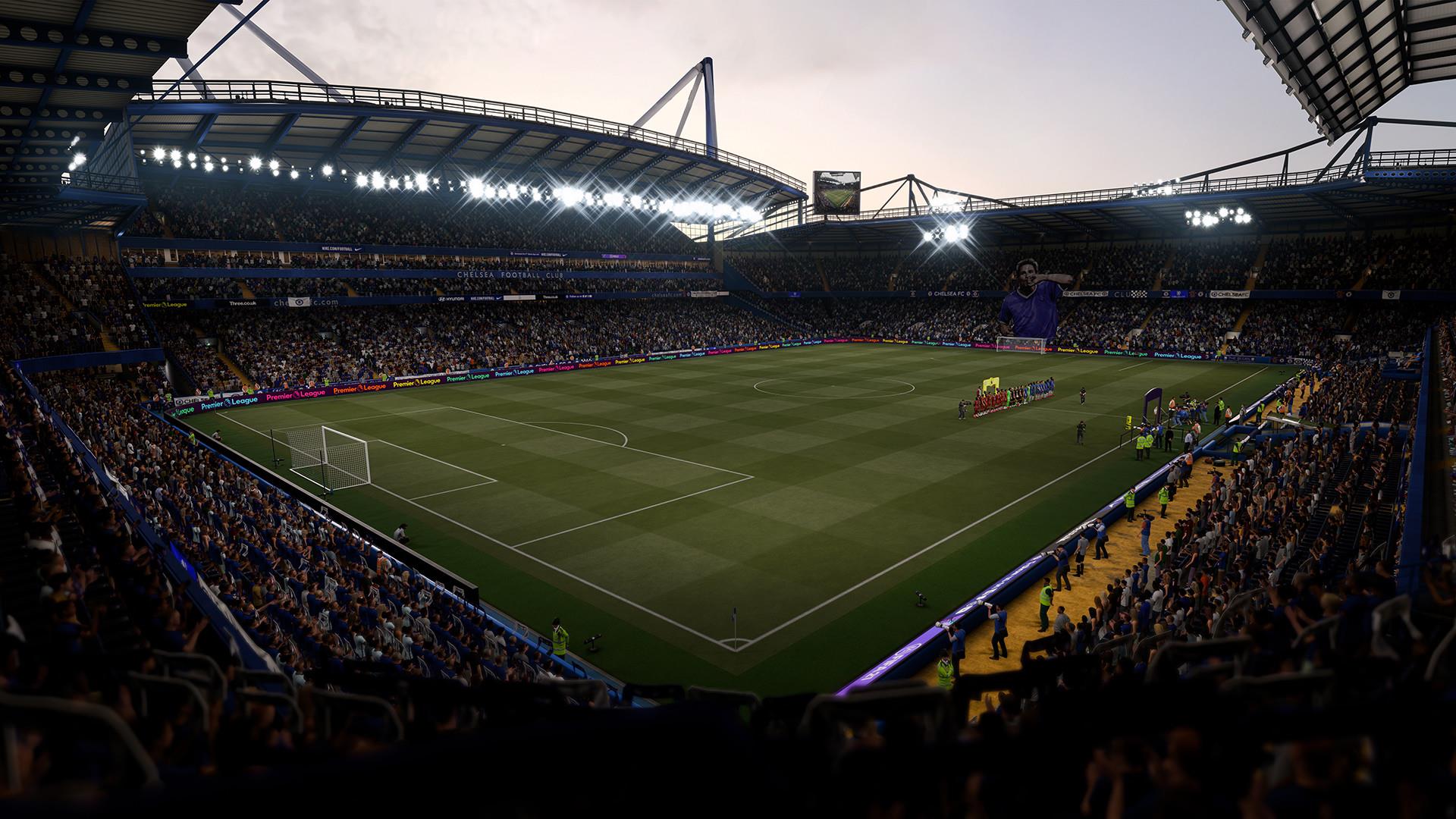 To be fair, there are some good things

I don’t want this to be a flame fest for a series that has been phoning it in for awhile, so let’s cover the good stuff. Gameplay did get a little work, but it’s not mind blowing in any way. The midfield is functional again as passing and creativity rule the roost, though physics are still questionable as they have been in the series for a very long time. Pace on the outside isn’t quite as dominant this time around and crosses are a mixed bag. The overall flow of the game certainly seems fine but it’s not a big step in either direction when you put it all together. Presentation of every mode hasn’t changed much either as we get fairly similar commentary, layouts, etc. That isn’t really a surprise, but I do want more variety in the lines spoken at certain points of matches.

Career mode changes are limited to a couple of things. First, in manager career mode, negotiations for players you wish to purchase has received a face lift. No longer can you force a sale guaranteed with your negotiation. If you offer a marginal package of money and players that is borderline, the other club’s manager says, “We’ll get back to you,” and disappears from the meeting. A day or two later, you’ll get an answer on your deal. Every time I’ve had this happen, a counter-offer has come and it’s wildly increased from what I’m willing to spend even after negotiating to what I thought was the middle ground. So, it’s nice to see some change, but in the end it doesn’t change much at all: The CPU still asks for wildly high prices and rarely, if ever, comes down where you feel like you aren’t getting fleeced. 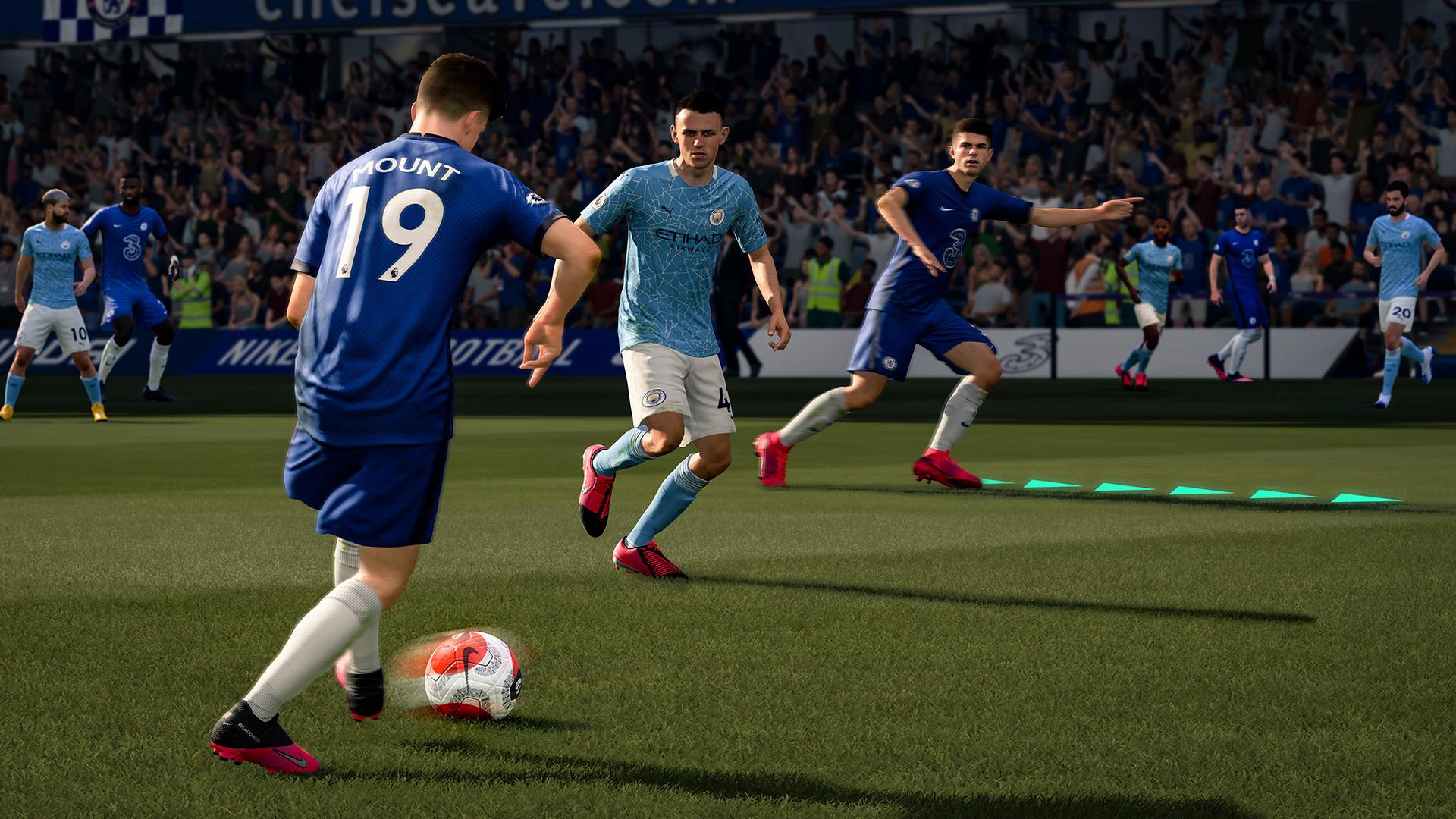 Player career mode has one major change: Trainings are now handled differently. While the core of it is still the same in that you get five training sessions a week, the game now gives you a better boost when simulating them. Instead of the session being completely randomized, it will default to your highest grade received for that season. Being able to ace five different sessions that give your player the maximum boost means less time going through what amounts to tutorials and more time playing the game itself.

The biggest problem this game suffers from hasn’t changed

The negative of this game is simple: Too much of this game is copy-paste from the prior year while Ultimate Team gets the bulk of the attention. It would be naive of me to sit here and say that Ultimate Team isn’t popular. The issue is that it’s far too popular and gives EA a simple excuse as to why it deserves all the attention. Occasionally we see a bone thrown to the single-player mode gamers, but it always feels like a small morsel while the online players get a three-course meal with all the fixings. Volta Football is still fun, but that’s not the mode I want to play to get the most out of the game. Every career mode player will tell you that: It’s a palate cleanser. Ultimate Team really can’t function as that because players spend time and money (in some cases a lot of money) to build nearly indestructible squads. It’s either sink or swim in Ultimate Team, and 90% of players will either quit after several matches in a row with these sides or be forced to spend money as grinding out the coins is just too time-consuming. 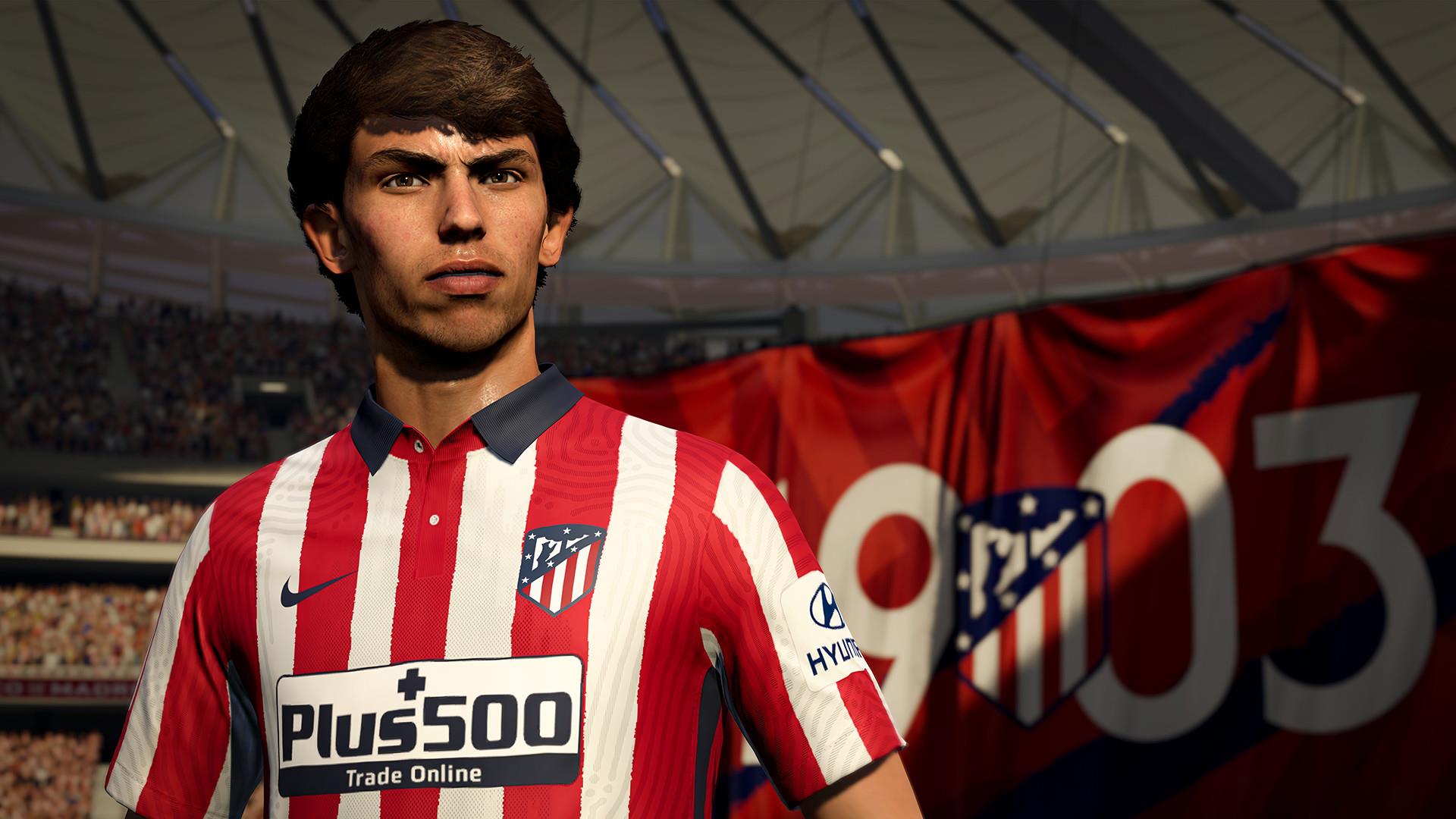 The love for online seasons, pro clubs and co-op seasons seems to have dwindled as well. The last few years, there’s been a noticeable drop in all three of those. I’ve attempted numerous times to connect on co-op seasons and found that there just aren’t a lot of people in these game modes anymore. It used to be incredibly popular for players who wanted to play as good but not great clubs in the three- to four-star range. Every attempt to connect in FIFA 21 has only come with a five-star club and, just a few weeks after launch, that’s not even a guarantee. It’s just a sad state of affairs where online is basically Ultimate Team or nothing.

Volta Football is more or less the same. As I mentioned before, it’s a nice changeup when the standard 11v11 mode gets you down, but it’s not a long-term option for me personally. If there was a benefit to playing it that carried over into a regular career where you could take the Volta Football player you’ve run as and take them into the real game? Now we’re talking, but that’s not an option. It is a standalone mode with no progression to the rest of the game, essentially. 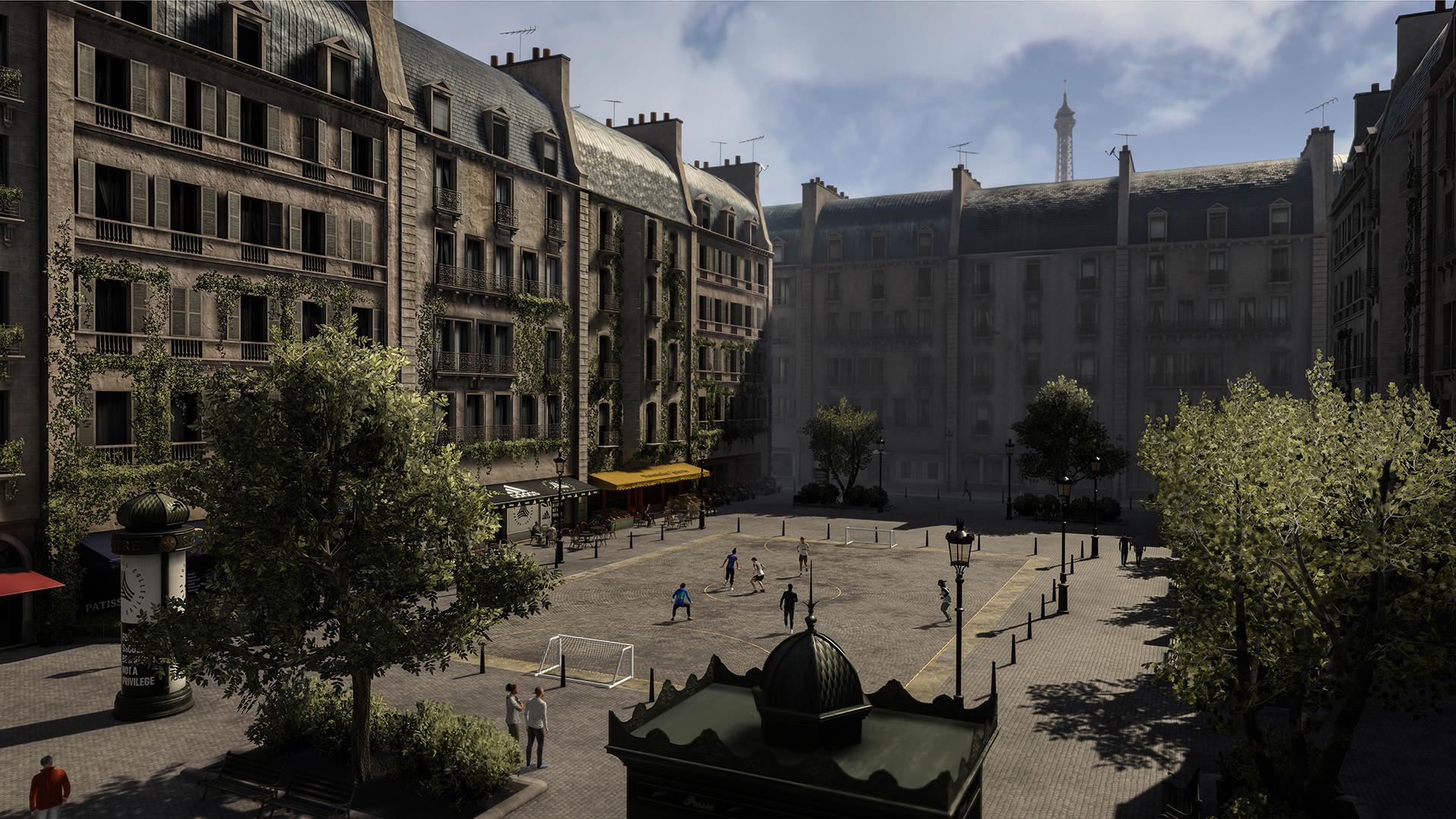 The question we ask ourselves every year: Is it worth it this time around?

It’s a simple answer, but for the first time I didn’t have to think about it for very long. FIFA 20 and FIFA 21 are remarkably similar. The gameplay still has the same physics issues and, while I can appreciate a bit crisper passing and movement, the more I played it the more it just felt like I was playing the dreaded roster update that Madden suffers from. At some point, EA Sports needs to be called out on its lack of attention. We’ve seen the memes online where some game modes in Madden have last year’s logo on the billboards—a true sign that most of the development of these games is copy and paste code with a little cleanup. 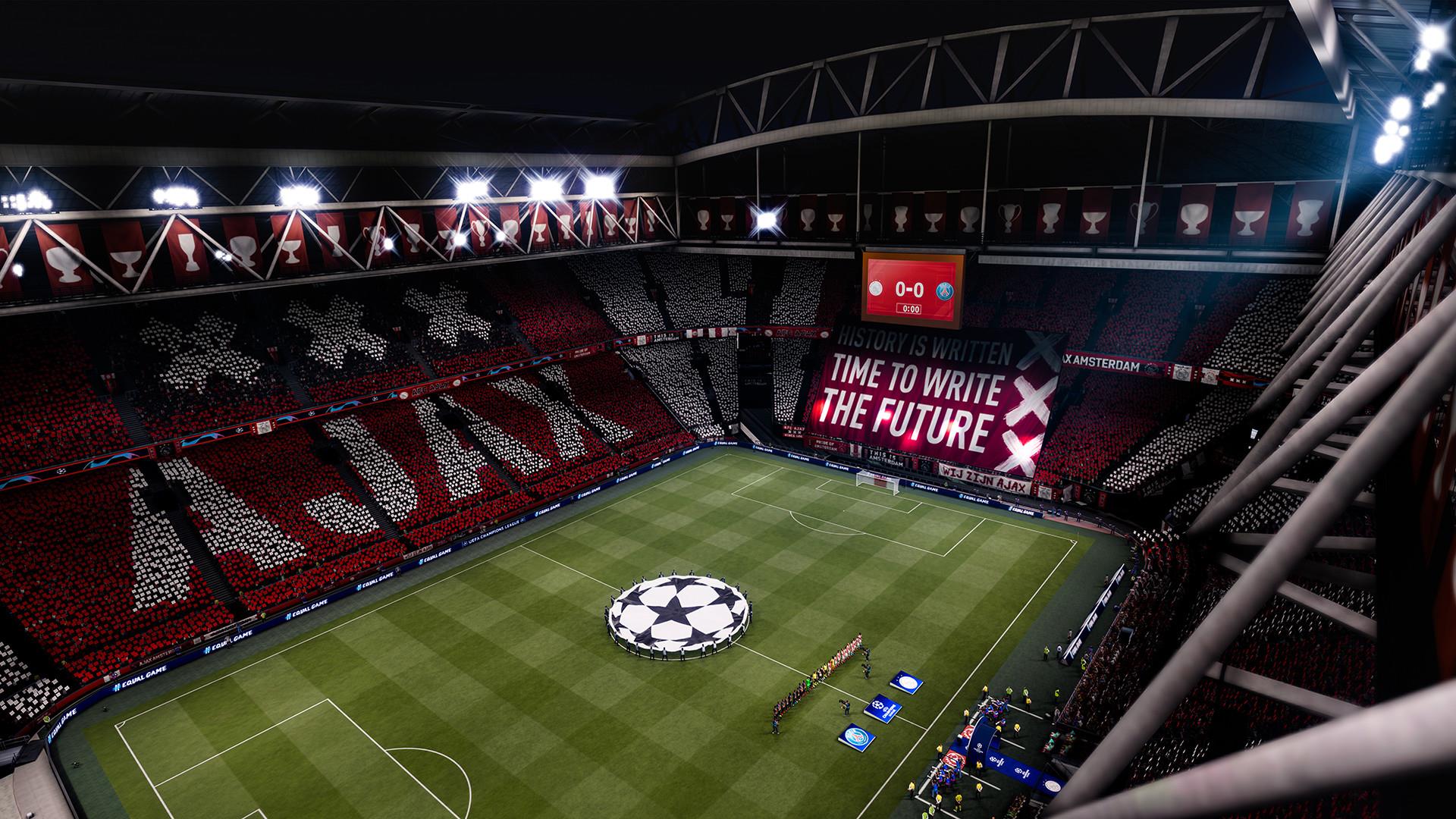 With a new generation of consoles now here, perhaps next season EA Sports will try to tap into their creative abilities and say they should actually overhaul this entire game. PC gamers are basically at the mercy of the developers trying to determine if it’s worth pushing a completely revamped game. The last game I felt truly had a change was FIFA 14 because of the generational jump, but as we’ve watched career mode slowly get stripped down to bare bones, I’m not holding my breath.

If the game is on sale and you’re itching for it, I’d say wait for it to comes down in price. Those who are paying for the subscription in Origin can obviously get a taste without paying anything different and they are the true winners in this. A few hours and I feel like everyone sees the same thing: A roster update for single-player gamers and much of the same with a few tricks added for Ultimate Team. Please, EA Sports: Stop ignoring the people who want a great career mode again. Give us player contract negotiations in player career. Give us full franchise control with ticket prices, concession sales, kit sales, etc. Don’t just tell us, “Oh you signed a new player so your kit sales went up!” Let us earn that. Challenge us so that career mode is fun again.

The few positives do not outweigh the negatives. EA Sports continues to phone it in with the FIFA series while single-player gamers cry out for better options.