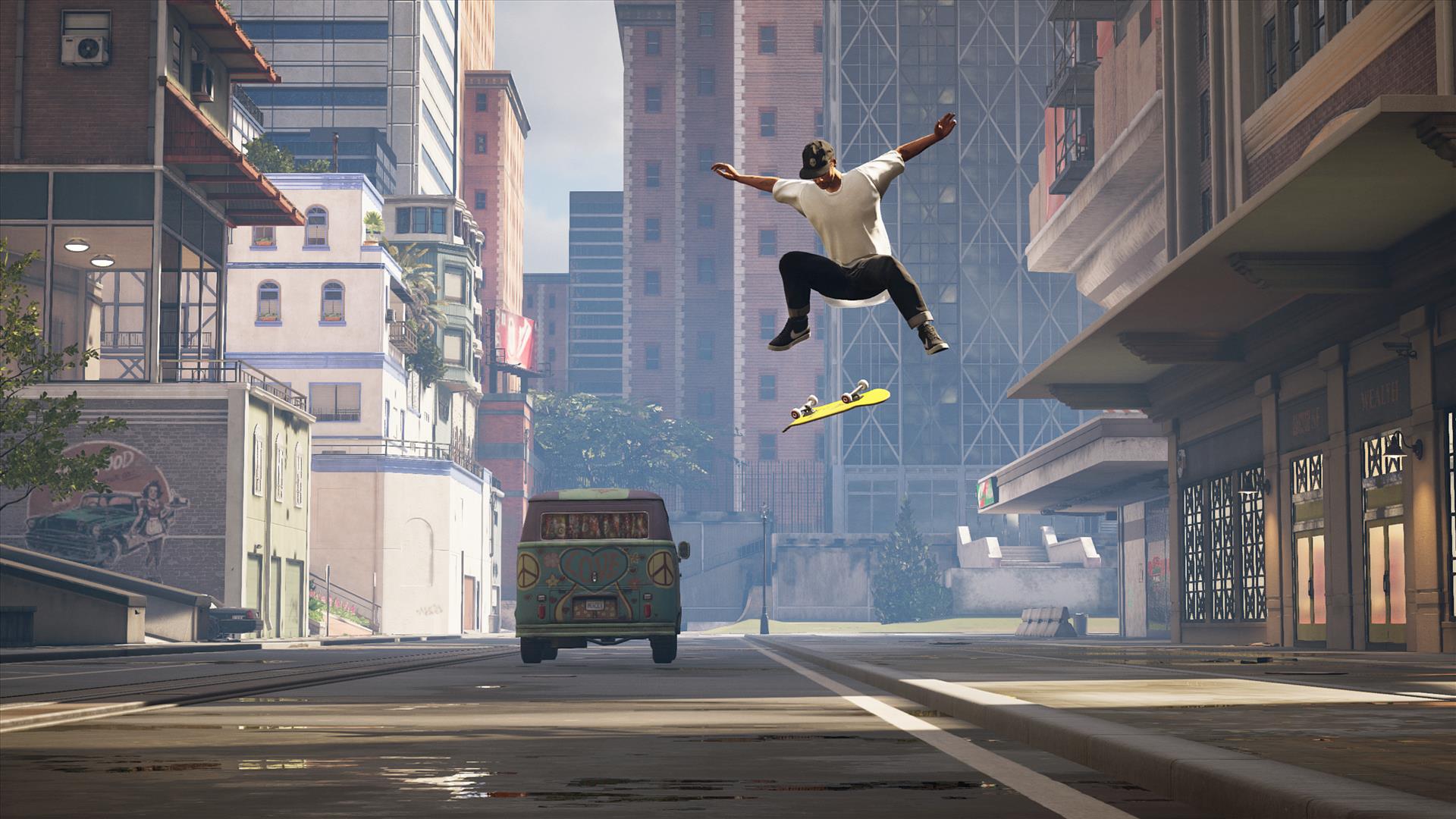 Flailing around and bailing over and over again on the first level, I was immediately intrigued and hooked. Why was this game so damn hard? How could anyone possibly pull off some of these ludicrous challenges? Why were those letters just floating in the sky, and how could anyone feasibly get up there to get them? Tony Hawk Pro Skater 3 was one of the rare times in my life where I actually exercised some patience with a game, settling in to master some tricks and get good.

I ended up living pretty exclusively in Tony Hawk land for about a month. After I beat every challenge in Tony Hawk 3 (I would have gotten a platinum on that bad boy, if such things existed), I made another trip back to the burrito shop for Tony Hawk Pro Skater 4 on GameCube. Adjusting to the different controller and the new flow of the game was a bit of a hassle, but before long I settled in and beat every challenge in that game too. Then I just stopped.

I never picked up another Tony Hawk game. I had vague intentions of trying out American Wasteland, and I watched in dismay as my oldest son wasted his Christmas wishes one year by asking for Tony Hawk Ride, the gaming abortion that came with a non-functional plastic skateboard peripheral. But I never went back. I figured that no games released would ever top the glories that I experienced with Tony Hawk Pro Skater 3 + 4, and I felt no need to sully those memories with some substandard nonsense. 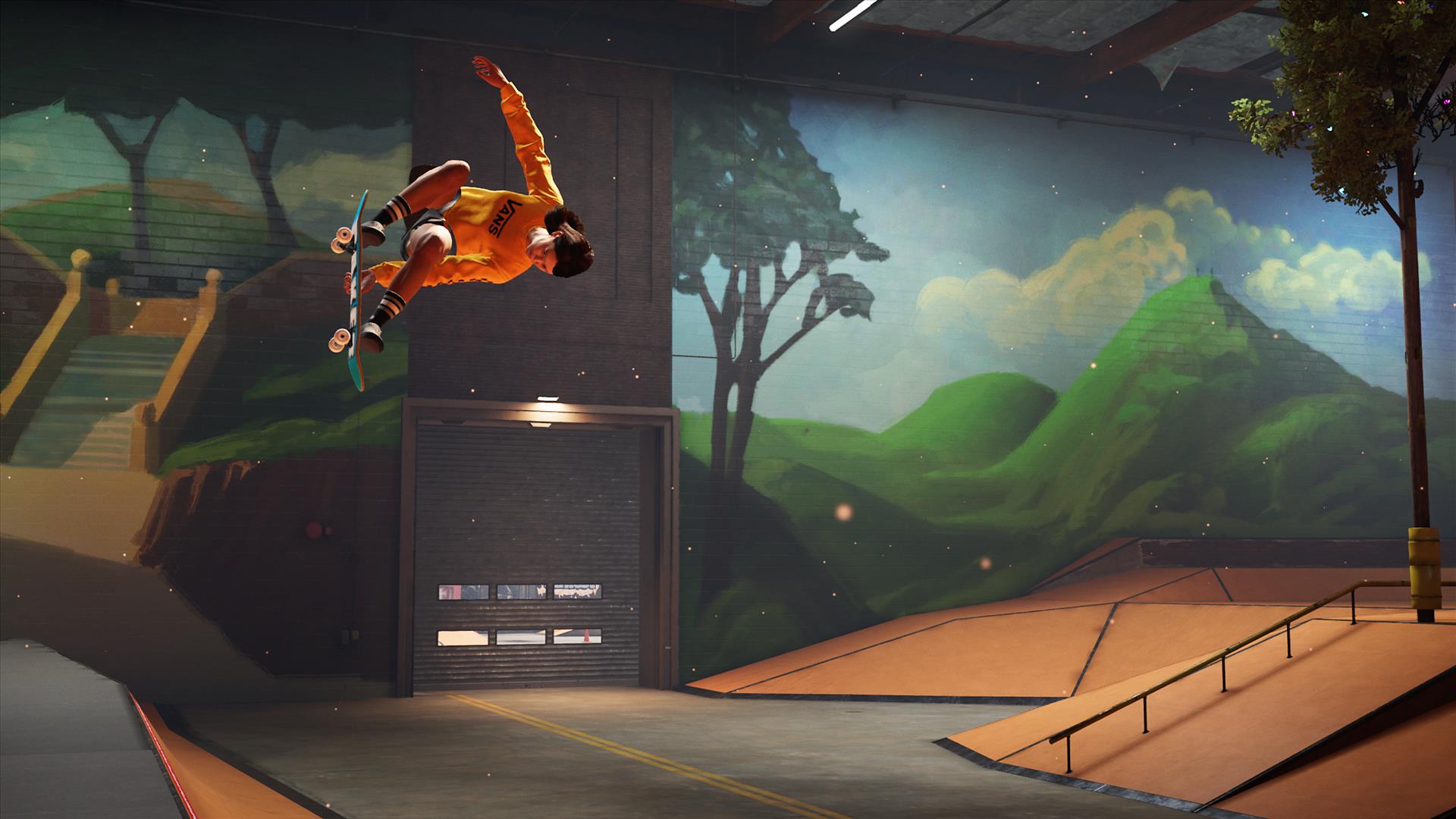 Some of my happiest gaming memories are of sitting for hours playing Tony Hawk, trying the same two-minute level over and over again, attempting to get a “Sick” score. This new version of Tony Hawk Pro Skater 1 + 2 replicates that experience, and I’ve lost just enough of my skills to need to work for my high scores again. It can't be overstated how addictive this game loop is. I've gone hours on end, with no idea how much time has gone by. I've stayed up nights, well after my wife and kids have gone to sleep, only to wake everybody up with my shouts of triumph when I finally pull of a combo I've been trying to master. This game is a thumb blister-inducing blast. 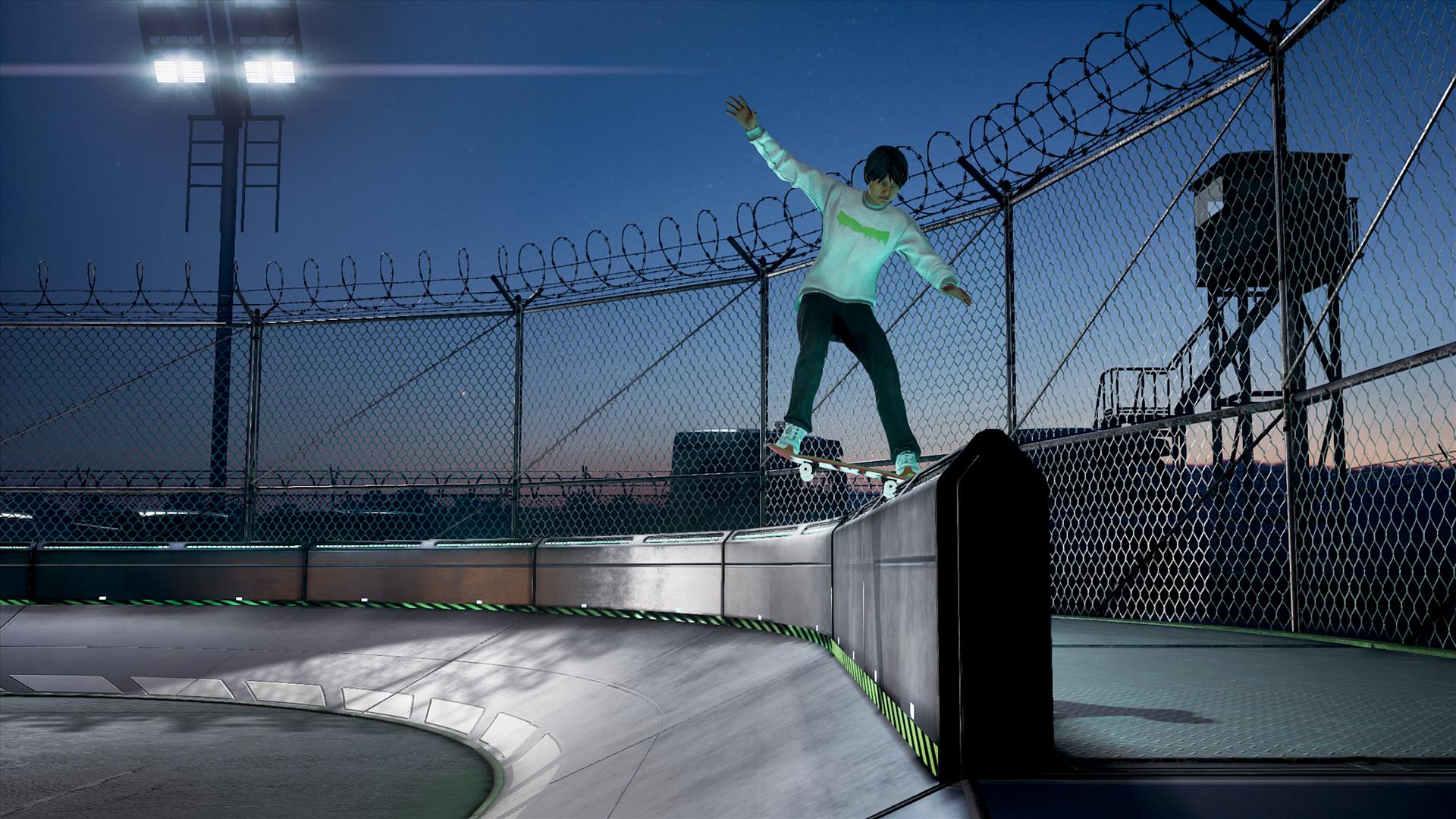 For the uninitiated, Tony Hawk games typically consist of about 10 levels. Levels tend to be sprawling areas, with tons of ramps, rails, pools to skate on, and lots of secrets to discover. Players run through the level with two minutes on the clock, attempting to complete as many of the level’s goals as they can. If you run out of time, you simply start again. Goals can be anything from hitting a given score, to finding hidden objects, to performing specific tricks on specific obstacles. Goals range from very simple to viciously difficult. Get ready to hit that restart button a lot, but also prepare for moments of absolute triumph when you pull off that magical run you’ve been attempting for hours on end.

Tony Hawk Pro Skater 1 + 2 is an enormous game, and not just because the geniuses at Vicarious Visions took two sizable games and spliced them together. Simply doing that and giving the game a facelift would have been more than enough to ensure success. But Vicarious and Activision went much further than that, adding a ton of structure and goodies to the experience. 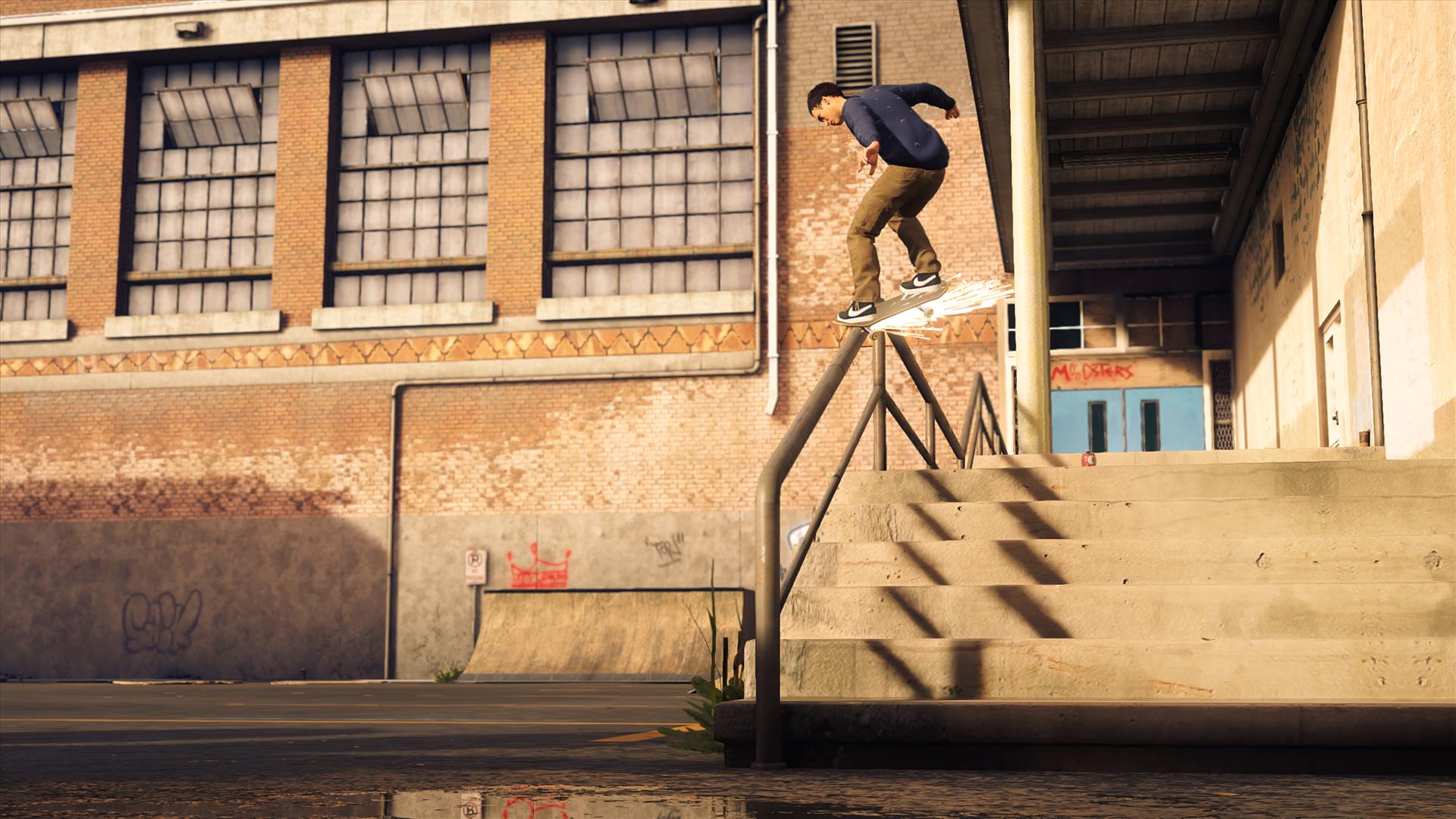 Yes, if you want to, you can simply play through shiny new versions Tony Hawk Pro Skater 1 and Tony Hawk Pro Skater 2 in order and be done. But you would be missing out on some of the very clever design choices that have been added in. For starters, any skill points your skater picks up in either game carry over to the other. This centralized progression allows players to dip back and forth between the two games, building their skater up further than was previously possible before facing the game’s late challenges. This lends a cohesiveness to the entire experience, making it feel more like one game than like two separate titles that have been welded together.

Every original concept in the game has been expanded and modernized in a way that displays taste, care, and fidelity to the spirit of the original titles. New skaters have been added to the roster, and original skaters have been aged to appear the way they would now. New songs by current artists have been added to the amazing soundtrack, and they fit in exactly the way they should in the rotation, sounding like they had always been there. Online leaderboards have been instituted for Free Skate modes, allowing players to not only chase their own high scores, but the world’s.

Moves that were introduced later in the series have been added in, allowing the muscle memory of fans like me that only played the subsequent games to still be viable. An entirely new system—challenges—has been added in, to give players of all skill levels something to strive for beyond each level’s goals. The depth of new additions makes the game feel fresh and modern—everything from current clothing options in the in-game store to advertisements on billboards for Beats by Dre.

But one thing that hasn’t changed is the insanely tight gameplay that the series is known for. Tony Hawk games (the good ones, at least) are some of the most precise, reactive games in history. You press a button, and your character moves exactly as intended. The game shows you everything you need to know to succeed in its tutorial, but the only way to truly succeed is to learn how to use the tools in your kit together. That takes practice. If you’ve never played a Tony Hawk game before, get ready for one of the most rewarding learning curves you’ve ever experienced.

Out of curiosity, I threw Tony Hawk 4 in the old GameCube and was surprised at how easily the moves I’ve relearned in this new game translate over to the older one. These games feel the same, and that’s a huge testament to the quality of work that Vicarious Visions put in for this remake. Yes, the visuals are modern, and some of the references have been updated, but Tony Hawk Pro Skater 1 + 2 feels like an O.G. Tony Hawk game. It turns out that you can go home again.

Good game design is good game design, regardless of age or platform. Tony Hawk Pro Skater 1 + 2 takes the levels from the amazing original PS1 titles, and blows out the scope in every direction. Adding a ton of modernizing touches without ever losing sight of what makes these games great, THPS 1+2 is a riotous success. Lock in for some extended play sessions, and get your blister band-aids ready because this game is additive beyond belief.