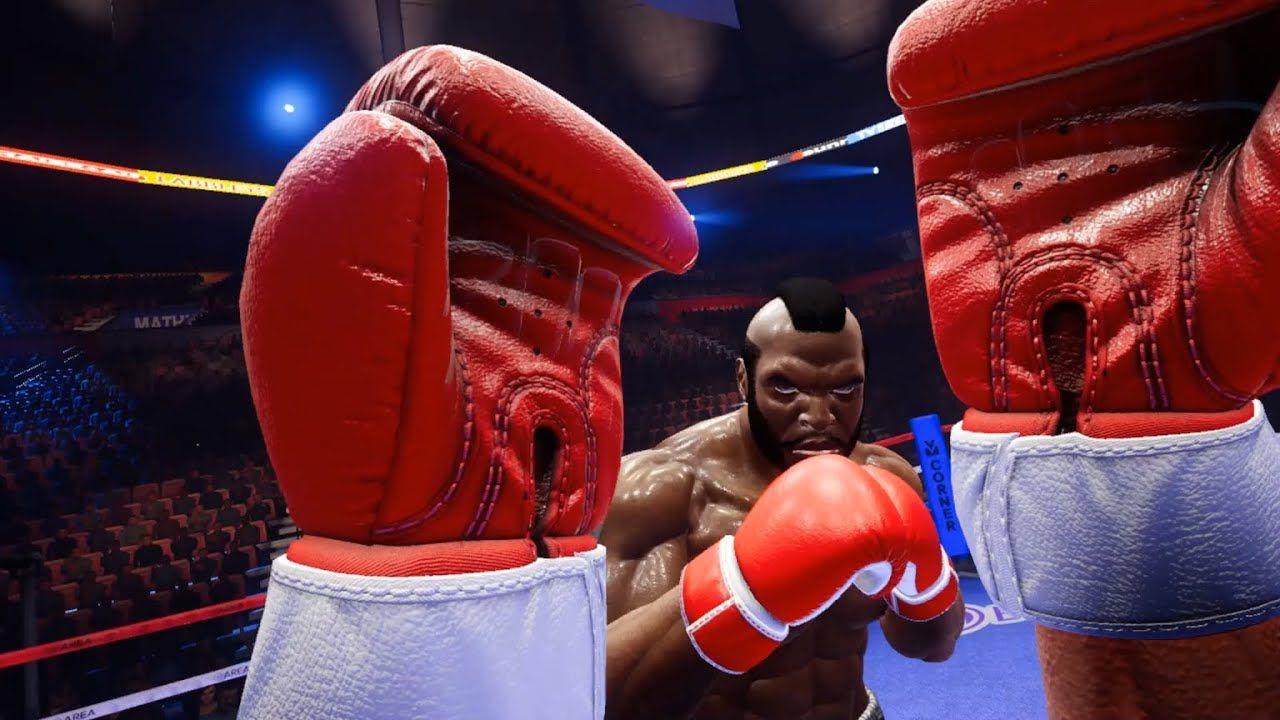 How to Win Friends and Influence People by Virtually Punching Them

“I’ve never seen you so giddy in my life,” my wife says. I try to take it as a compliment as I wipe away the (imaginary) blood, (very real) sweat, and tears (of laughter) from Creed: Rise to Glory. I removed my VR headset, or rather let it slip right off as I lean forward over my keyboard, the aforementioned very real sweat making the puffy eye mask slick. Gaming Nexus owner, John Yan, three time zones away, is uploading our first multiplayer session of us boxing in virtual reality. I take a shower in the meantime.

I’m thinking about this upcoming generation of new video game consoles and PC graphics cards. PlayStation 5. Xbox Series X. And for the PC, the NVIDIA GeForce RTX 30 Series. Two of those are easier to say than the other. But all three of them convey the exact same message: This is the next big thing.

Forget all that. I’m out of my depth when engaging in hardware discussions anyway. Rewind to the part where I was in the shower. Next generation of Nvidia GeForce! RTX on! Real-time reflections and lighting!

Some games, like Minecraft, are the poster child for RTX-on gaming, with lighting that will blow you away when compared to vanilla Minecraft. Other games, however, make you squint at them to see what the big deal is. Do any A/B comparison you want, sometimes the lighting and reflections that were shoehorned into a video game by the developer look just as good as the live computations made by RTX cards. It’s only a mildly interesting game of Spot the Difference Between These Two Pictures. Some of those side-by-side comparisons don’t look anywhere near a half step up, let alone a generational leap.

We won’t know until those newfangled RTX 30 Series cards are in our hot little hands though, right?

So, until then, I’m enjoying the last major generational leap in gaming: VR. Look, I know I’m late to the party. Palmer Luckey was jumping barefoot on a beach with an Oculus Rift strapped to his face on the cover of Time Magazine back in 2015. We had a President that released summer music playlists, and kids that were just getting their driver’s permits in 2015 are now getting ready to start vaping in 2020—that’s how long it’s been.

But this has felt like the last real generational leap in gaming, for me. Sure, I’m going to have a great time doing some A/B screenshot comparisons once I finally get my hands on something with the letters R, T, and X pushing the pixels. Some of my biggest file folders on my phones, laptops, and desktop PCs are photographs, so having great-looking and more realistic lighting is a feature that’s not lost on me. But virtual reality is something I can point at, something I can put on my head, or put on somebody else’s head, and have them know the difference between how they were gaming before...and how they’re gaming now. You don’t have to squint at it. You don’t have to put side-by-side screenshots up. You feel it.

So yeah. Late Guy. But look at me now: Virtually punching my video game review website owner’s face across two matches and 20 rounds. In the video you can jump three minutes ahead to skip the part where we futz with menus and audio settings. John’s audio is too low most of the time, but if you know John then you know that audio problems are part of the fun.

Also, I know that getting all of those settings just right in order to stream is no push of a button. I didn’t even try this time, and I’ve set it up before. “I can’t just flip a switch!” John likes to say. When dealing with PC gaming, and VR in particular, I’m starting to understand why. But that part doesn’t matter. You can hear his soft laughter, and my overly loud laughter, and our collective, increasingly ragged breathing, for the entirety of our matches.

He lands just as many punches on me, too, so this is all just good-natured ribbing. Our laughter at the absurdity of it all, amidst how well it actually works, even when it’s barely working at times, is what gets us through a tougher workout than either of us has had in awhile. Looking back on the video, I grunt entirely too much as I’m swinging in midair with a VR headset on my face and VR controllers lit up around my hands.

At one point, with my VR headset on, I become aware that my wife is looking at me from across the living room. She’s sighing quietly as her 40-something-year-old husband—whom she’s reportedly never seen more giddy than he is right now—swings his arms around in reckless haymakers, trying to land a gloved fist on John’s face, who is, again, seven states and three time zones away. I’m going to need some longer arms, clearly.

At another point, since I’m in a small, shared space in the living room, I do reach out overzealously during a right hook and hit a standing lamp next to me. It knocks my right controller into an ‘off’ position. Looks like my right wrist is broken in game, and I’m concerned I’ve broken more than just the 20 dollar Target special of a standing lamp next to me, still half leaning against a nearby bookshelf.

I call this the Labor Day Make the Asians Fight Each Other Main Event. I can say that because John and I are Asian, relax. But John and I, despite never having met in real life, can genuinely say we’re friends. I’ll go ahead and speak for him: “Yes, Randy and I are besties.” I hate it when John says the word besties. Besides, I wouldn’t go that far. John thinks we're better friends than we really are.

This boxing match was the closest analog to John and I meeting in person. If I’d never seen pictures of him before, I’d only know him as an out-of-breath Apollo Creed after today. Same goes for him. There’s a picture of me on the staff page, but I might as well replace it with Mr. T, because that’s who I should be, as his friend, in his mind now.

I’m obviously kidding. But what’s more real? John and I saying Hi to each other’s profile pictures in Slack, or John and I virtually slugging it out as Apollo Creed and Mr. T in a video game boxing ring? I’d wager there’s something just as genuine to be found, as far as friendships are concerned, in that virtual reality space. Besides, my wife has never seen me so giddy in her entire life.