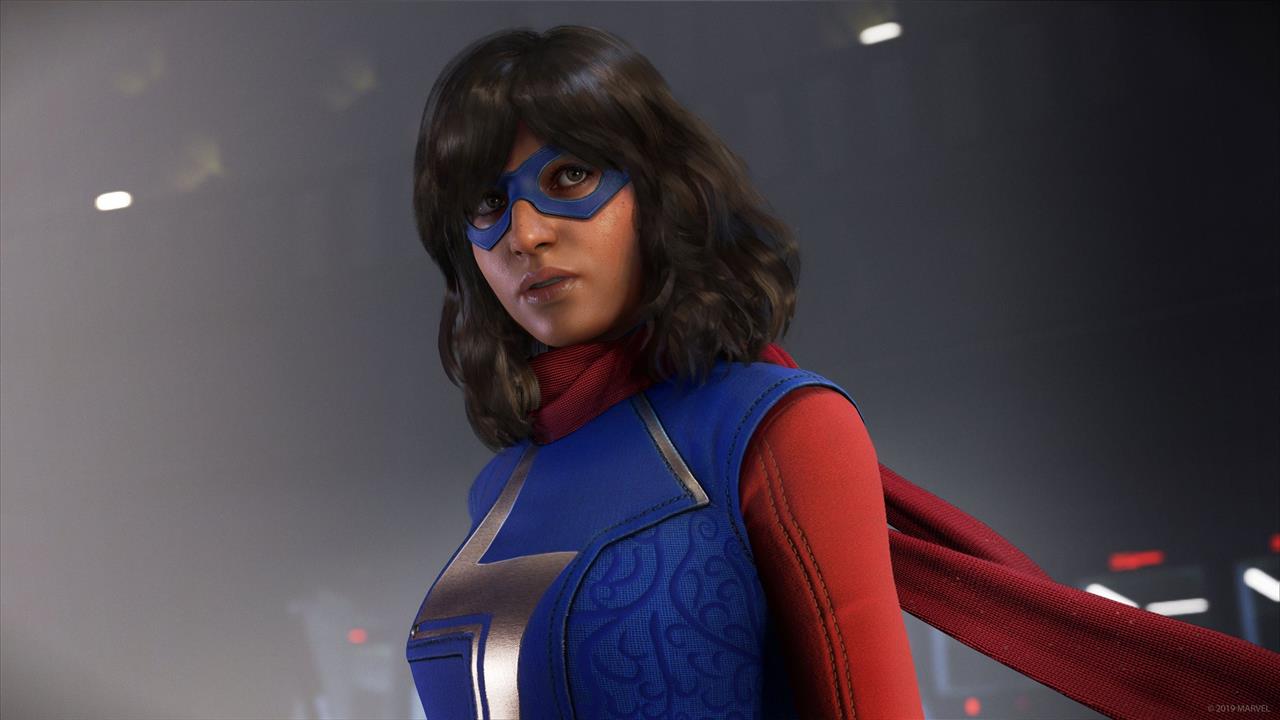 When the Avengers was first announced, I was extremely excited. Then we got the first gameplay video and I was...confused. That confusion went on for months, pretty much up until they released the first War Table videos as to what exactly we would be doing in this game. After seeing the in-depth videos a few months ago, I was still a little apprehensive. After finishing the campaign and putting in more hours into the multiplayer it seems my fears were in fact true. While the story of the campaign is compelling and great, everything else about the game is repetitive to the point where it feels like this game was sent out unfinished.

First things first: the campaign was great, I'll give them that. The story starts off with you following Kamala Khan, a Marvel fangirl who becomes a finalist in a fan fiction contest and gets to meet all the Avengers at a fan convention. Of course this doesn't go completely as planned and San Francisco is attacked. Thanks to the arrogance of the Avengers, however, they end up destroying the entire city, killing thousands of people and infecting the remaining survivors, Kamala included, giving them super powers. Those with superpowers become "Inhumans." 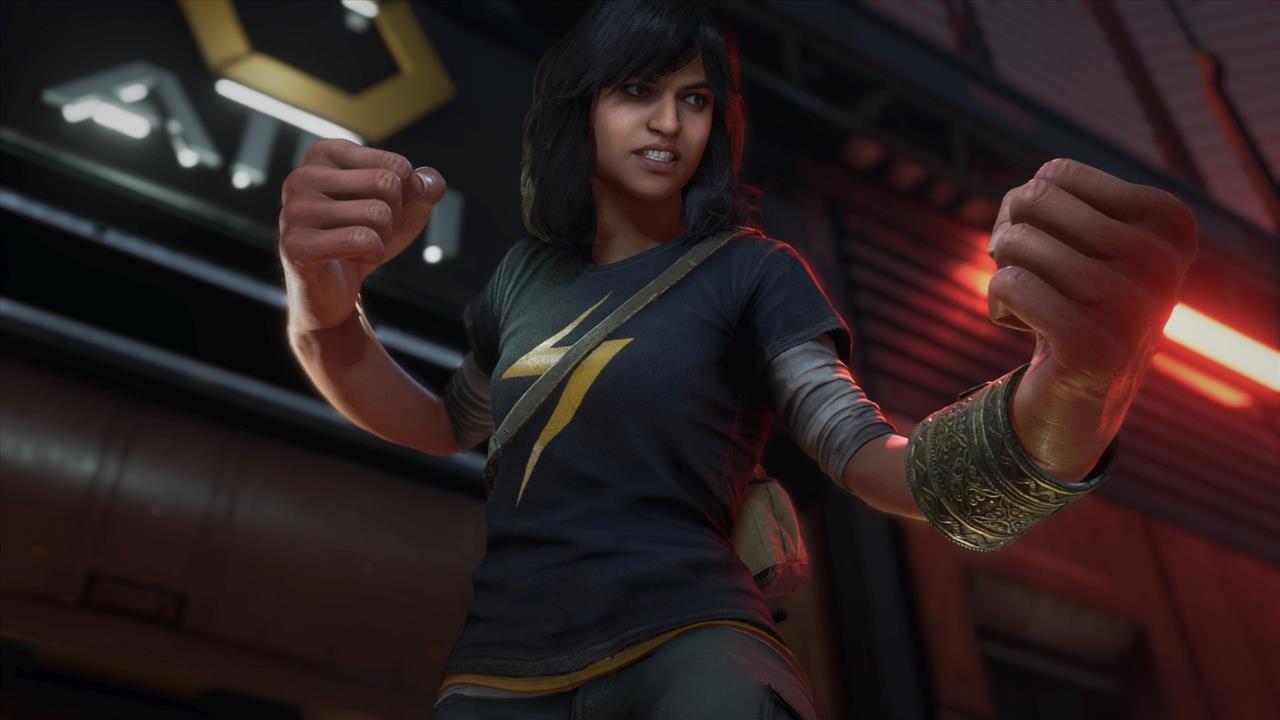 The story skips ahead a number of years and still follows Kamala as she is trying to escape capture, experimentation, and execution at the hands of the main antagonists, AIM. AIM are essentially heroes in the eyes of the general public and the Avengers are seen as terrorists. Now, while the story is great, there is a big problem with the structure of the game. It's perfectly fine for story reasons that you don't have all the Avengers at the start, but it takes way, way too long to assemble the entire team.

The first five or six hours of the game have you playing as just Kamala and then the Hulk. Only then do you get access to the mission selection screen called the War Table. Even then you won't get all the Avengers unless you rush all the main story missions. But once you do finally start getting the Avengers, the story starts getting really good. Even though I found her incredibly obnoxious, it was nice to see the underdog story of Kamala go from fangirl to pretty much being a member of the Avengers herself. 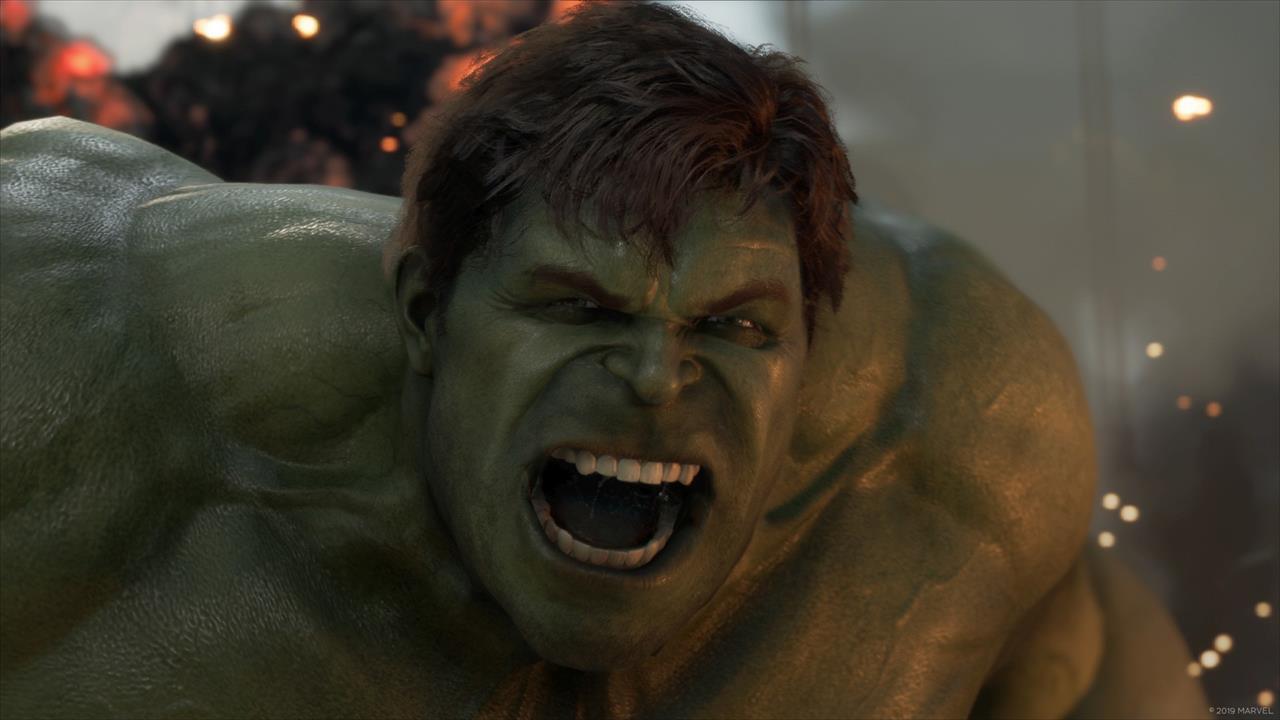 For spoiler reasons I won't give any details for the post-game story, but unfortunately it's not as compelling or as fun as the main campaign. That's because at this point you realize just how repetitive the missions are. And it's not just the objectives either, its the maps themselves. If these missions involve infiltrating an AIM lab, then get ready to experience some deja vu because AIM, like Wal-Mart, likes all of their locations to pretty much look exactly the same with copy-paste layouts and hallways.

Most objectives are Domination style maps where you have to hold points while preventing the enemies from taking them, freeing hostages or destroying enemy equipment. It's fun the first few times but gets really old after a while. Marvel's Avengers just launched but this is going to be one of those games that will probably need a re-review years down the line. Unfortunately I can only review what I have now—and what we've got is just okay. Not terrible, not amazing, but it could have been so much more than what it currently is. 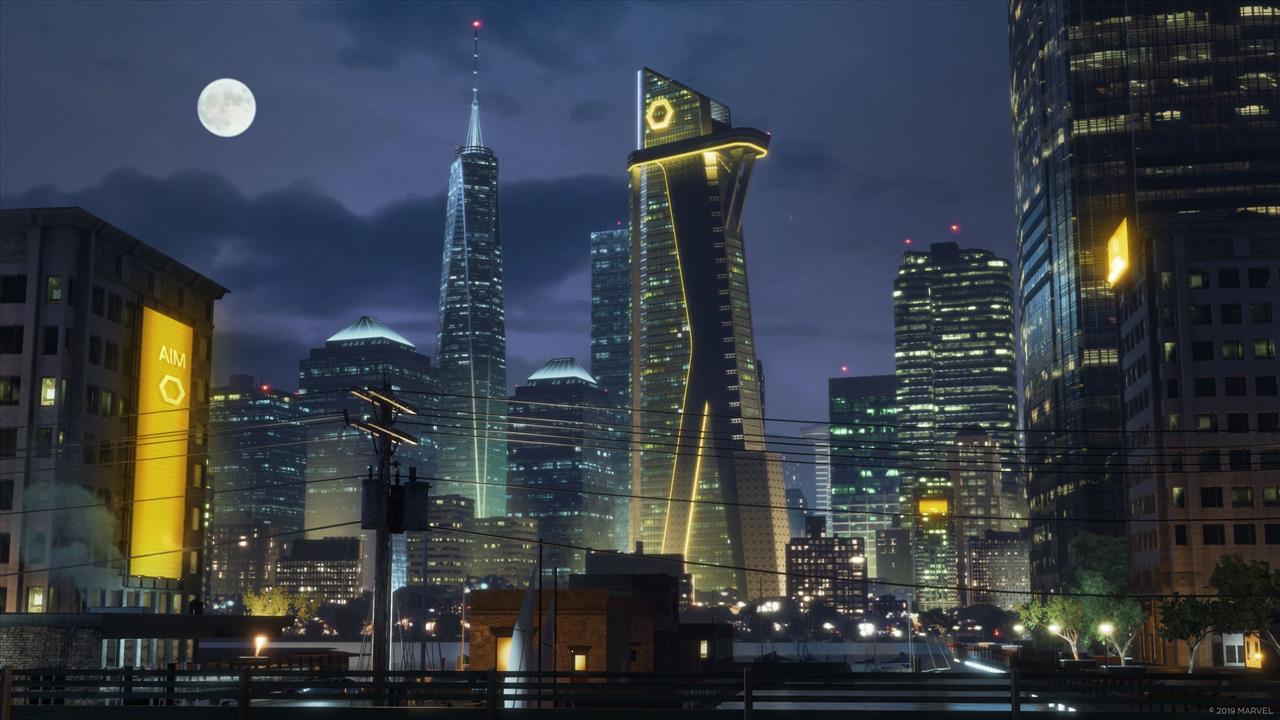 As for the gameplay itself, playing as each of the Avengers is incredibly fun. I would say that's the most important part of the game. Each of the Avengers feels different enough with their own special skills and abilities that if things start to get old you can switch characters for some variety. Thor and Iron Man are my favorites. Hitting enemies with Thor's hammer never gets old and Iron Man's rockets can completely clear out entire groups of enemies in seconds. Leveling up the characters gives you points to use on their skill trees which lets you unlock new attacks and special moves. After finishing the campaign, however, this is also where you see the cracks forming.

With this kind of game the missions are meant to be replayed multiple times. On each stage you can find gear and resources for each character. Each character in the game has four different gear slots which all increase or decrease their stats. You can also boost gear with resources you find around the maps. I actually like the gear system as it allows you to create various builds for each character. For instance there are some gear pieces that will raise your melee damage but reduce everything else. So you could essentially build Hulk as an all out tank by giving him gear that boosts all his defense. The only disappointment here is that there is a lot of cool looking gear you can pick up but it doesn't change the look of your character at all. Speaking of looks, each character in the game has their own free battle pass and there is no premium track. The battle pass will give skins, takedowns, gear, title cards and currency. 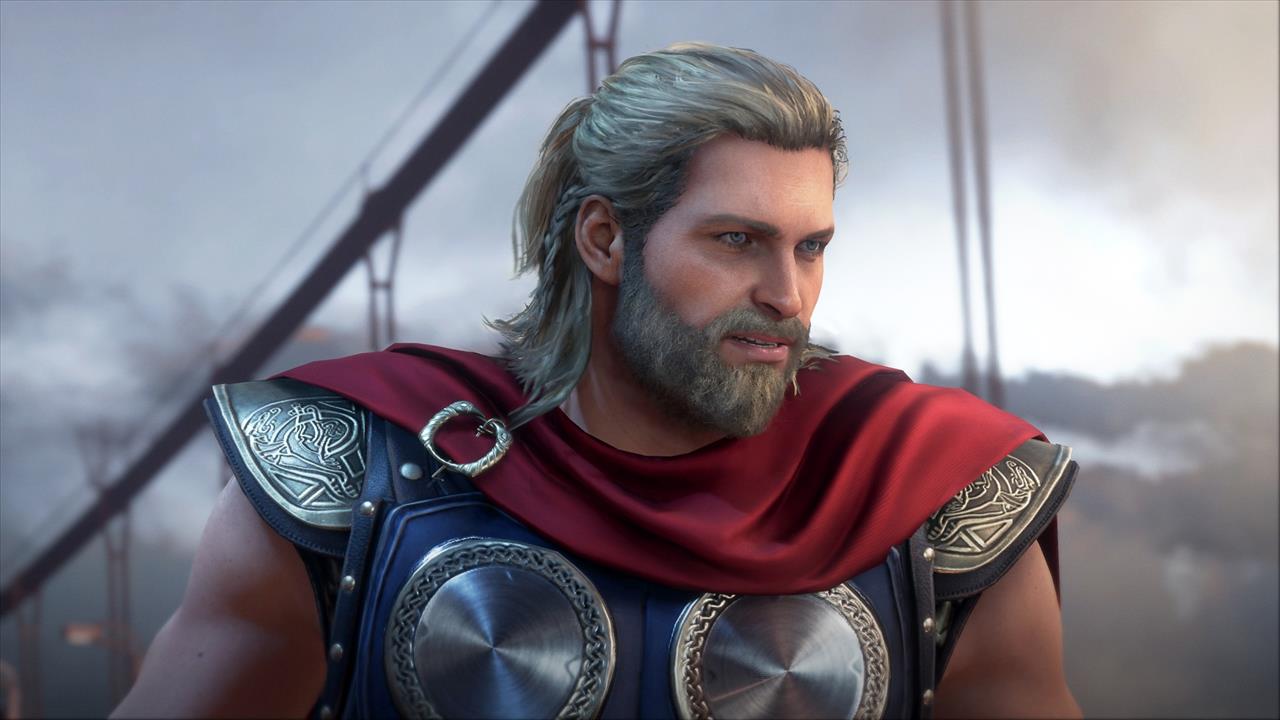 However, I have a problem with these and it's how you gain levels for each character. I played a lot of Ms. Marvel and Thor, and when I went to check their battle passes, I realized I'd made no progress. That's when I also realized that the only way you can make progress on each characters card is by completing challenges. You get two daily challenges and two weekly challenges. I get that the battle passes are free but, come on, we don't get any progress for just playing like other battle passes do? Then of course, as this is a service game, there are microtransactions and a store where you can buy new outfits and emotes. Now, I understand games like this need a constant flow of money coming in to be able to produce new content. That's fine but the prices here are just outrageous. We are talking almost $15 for a single Legendary skin and like $12 for a Takedown. Ridiculous.

On the technical side of things the game looks and sounds great. I do find it kind of funny, though, that all the Avengers look and sound just enough like their MCU counterparts without crossing the line to where they would have to pay the actors loyalties. The game really feels like an MCU movie with fantastic cinematic battle sequences full of intense action and sequences. 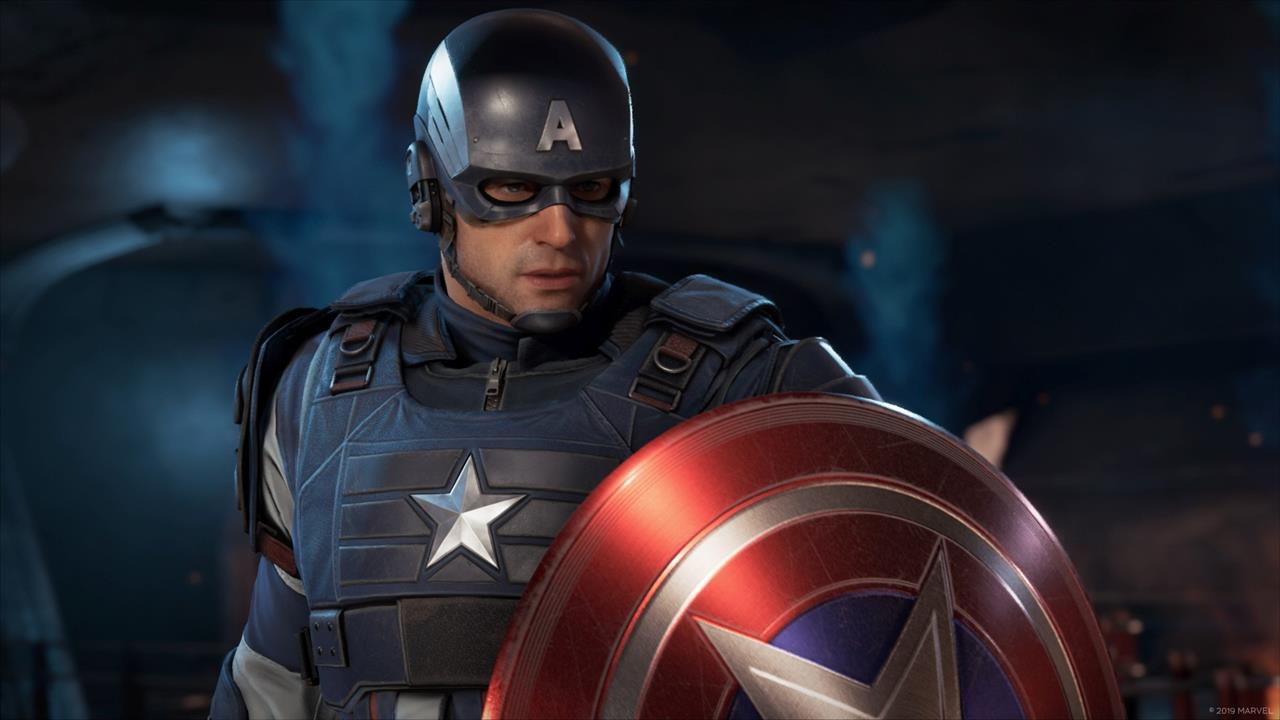 While the game looks and sounds find, the way it plays is another story. There is a major problem with the horrific performance once the level gets cluttered with enemies. I played on a base PS4 console. With some games, you may get some slowdown and it's not really a big deal. With Avengers, during big fights, the framerate completely tanks to unacceptable levels. It looks like you are watching a slideshow. This isn't something that only happens a couple of times. It happens all the time.

Marvel Avengers has potential. The campaign was great but if this game is going to retain players it's going to need a steady stream of content—and fast. As of now, there isn't really much to do after finishing the campaign except for grinding out the same repetitive missions and objectives over and over again. And the absolutely unacceptable frame rate issues need to be fixed immediately. As it stands now, the campaign is great, and playing as each of the Avengers is fun, but the game just offers too little post-campaign content to warrant continued play. The performance issues are just unacceptable for a AAA game of this caliber. It's clear that this game should have released later in the year or delayed for another year. It really feels like this is yet another game shoved out the door while saying, "We'll fix it later."

A great campaign is pretty much the only thing that saves Marvel's Avengers from complete mediocrity.