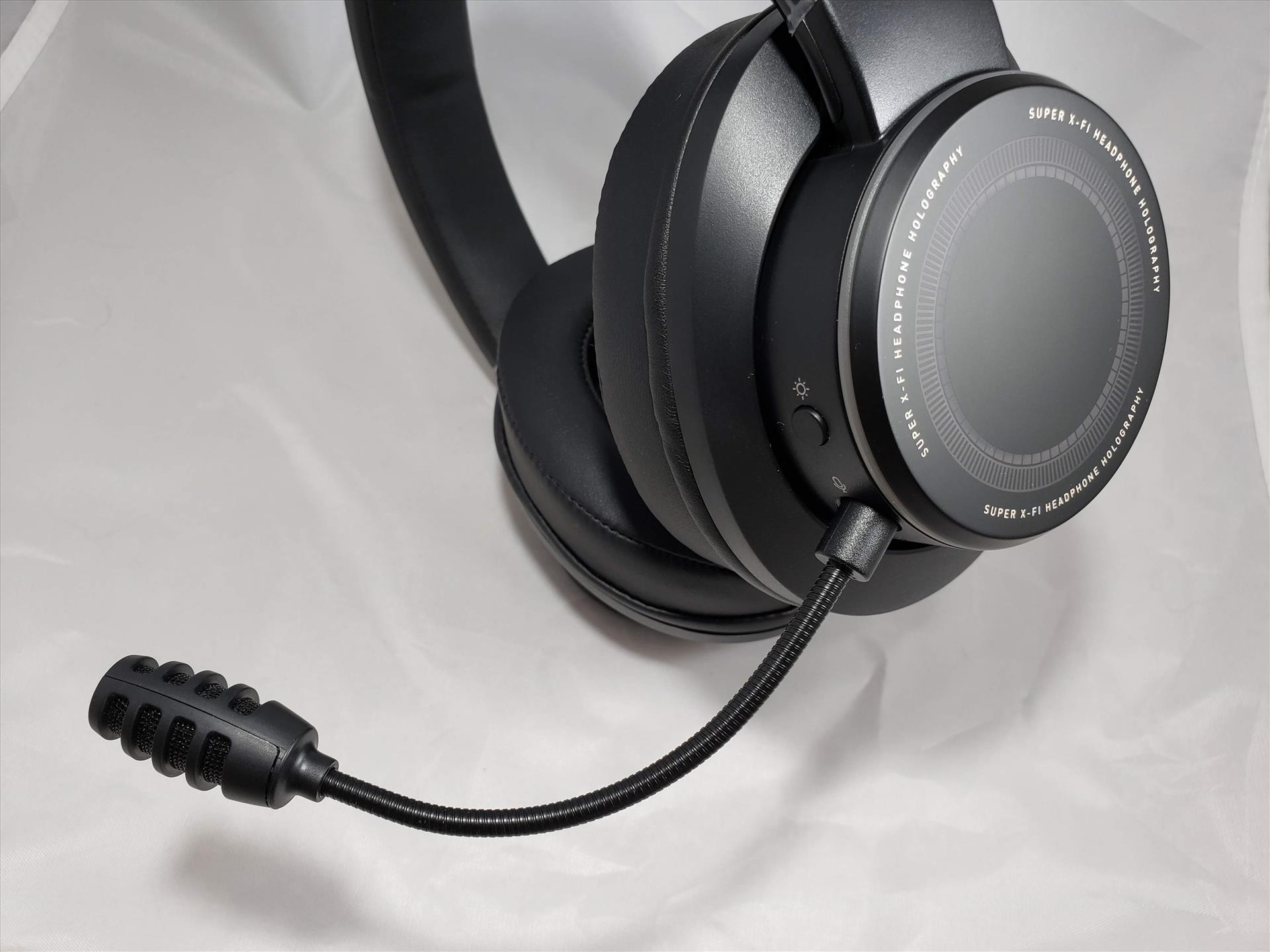 The Creative SXFI Gamer headset was another product I caught a glimpse of at CES 2020 and one I was pretty impressed with during my short time listening to it. Super X-Fi is Creative’s awesome technology that makes movies, music, and now games sound like they are coming through multiple speakers when using your headphones. It’s an incredible piece of tech that can really enhance your listening experience.

This isn’t the first set of headphones that Creative has released with Super X-Fi technology, but it is the first one geared towards gamers. So before we get into the main feature of the SXFI Gamer, let’s go over the design.

The SXFI Gamer is a USB-C headset that’s similar in design to their Sound BlasterX H6. It has large over-the-ear leatherette cups and a metal band that attaches the two 50 MM neodymium drivers. The metal band on each side has numbered notches that help you reference where the ear cups have been extended and a solid slightly padded top piece rests on top of your head. If I have one criticism it’s that there’s not enough padding on the underside of the headband. I’d like to have some sort of foam to make it just a little bit more comfortable to wear, but it’s not like I had too much trouble wearing the SXFI Gamer for a few hours per session.

The right ear cup is devoid of anything other than a cover with a color LED circle that shines in a subtle glow that’s not distracting to those who look at you. The left ear cup is the holder of all the buttons and connection ports. 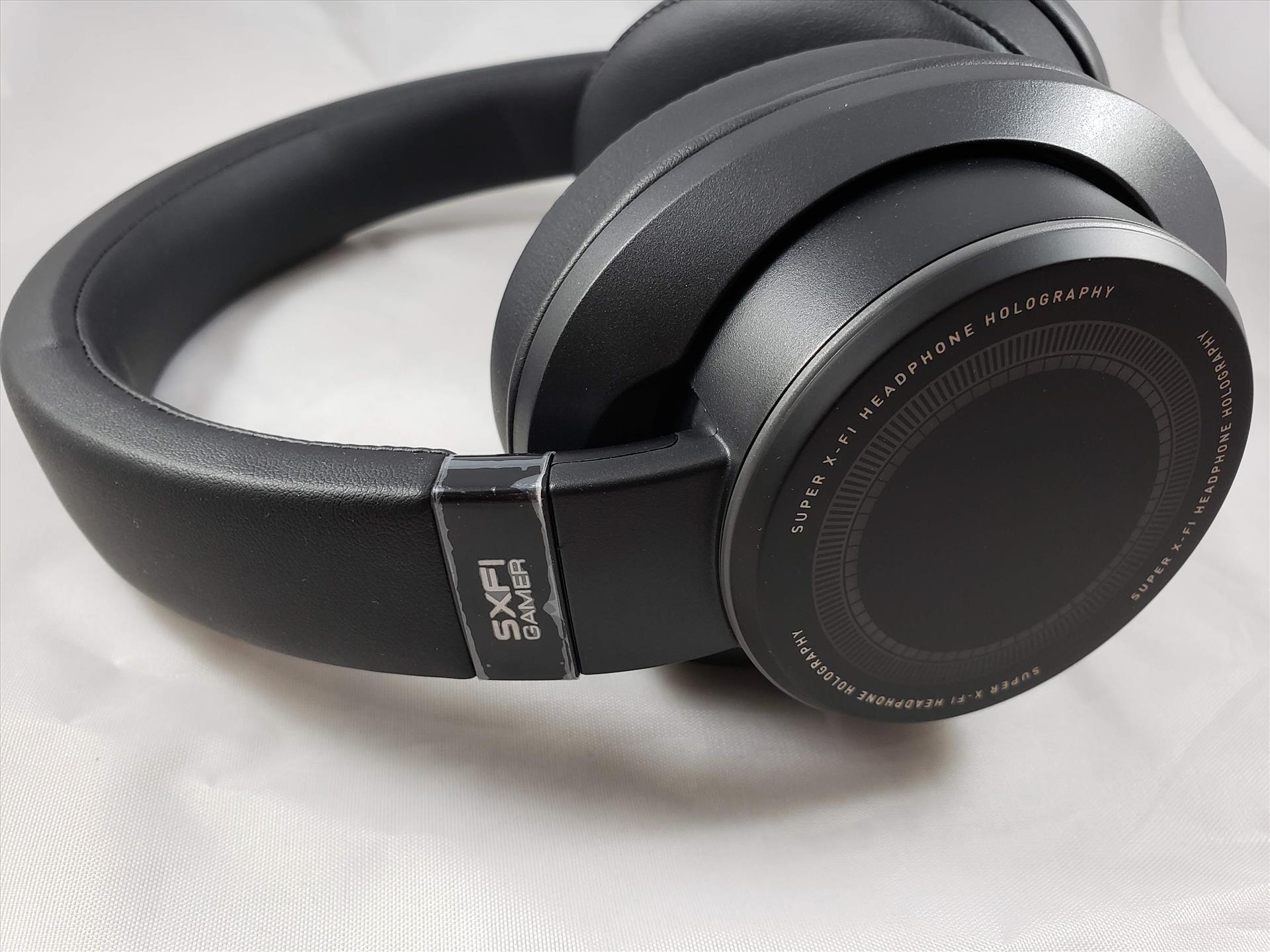 There are buttons to adjust the lighting, mute the microphone, cycle through SXFI modes, and a volume dial on the left ear cup. The connection for the removable CommanderMic, USB-C connector, and line in is also housed in this area as well. All the controls and buttons are easy to reach and they were all responsive to the touch, for the most part.

Each ear cup has a plush leatherette on them that allows it to sit soft and cool around your ear. The design of the SFXI Gamer made it comfortable for long periods of usage and I didn’t feel any weird pressure points that would become annoying when using it. The ear cups are easily removable with a twist, and if it’s anything like my other leatherette headphones and living room couch, it’s going to need replacing in the future. So it was nice that it doesn’t take much effort to take them off or put them on. One interesting thing is that I was able to take the cups from the Sound Blaster X H6, which features a mesh covering, and use it on the SFXI Gamer as they are the same size and have the same mounting holes. 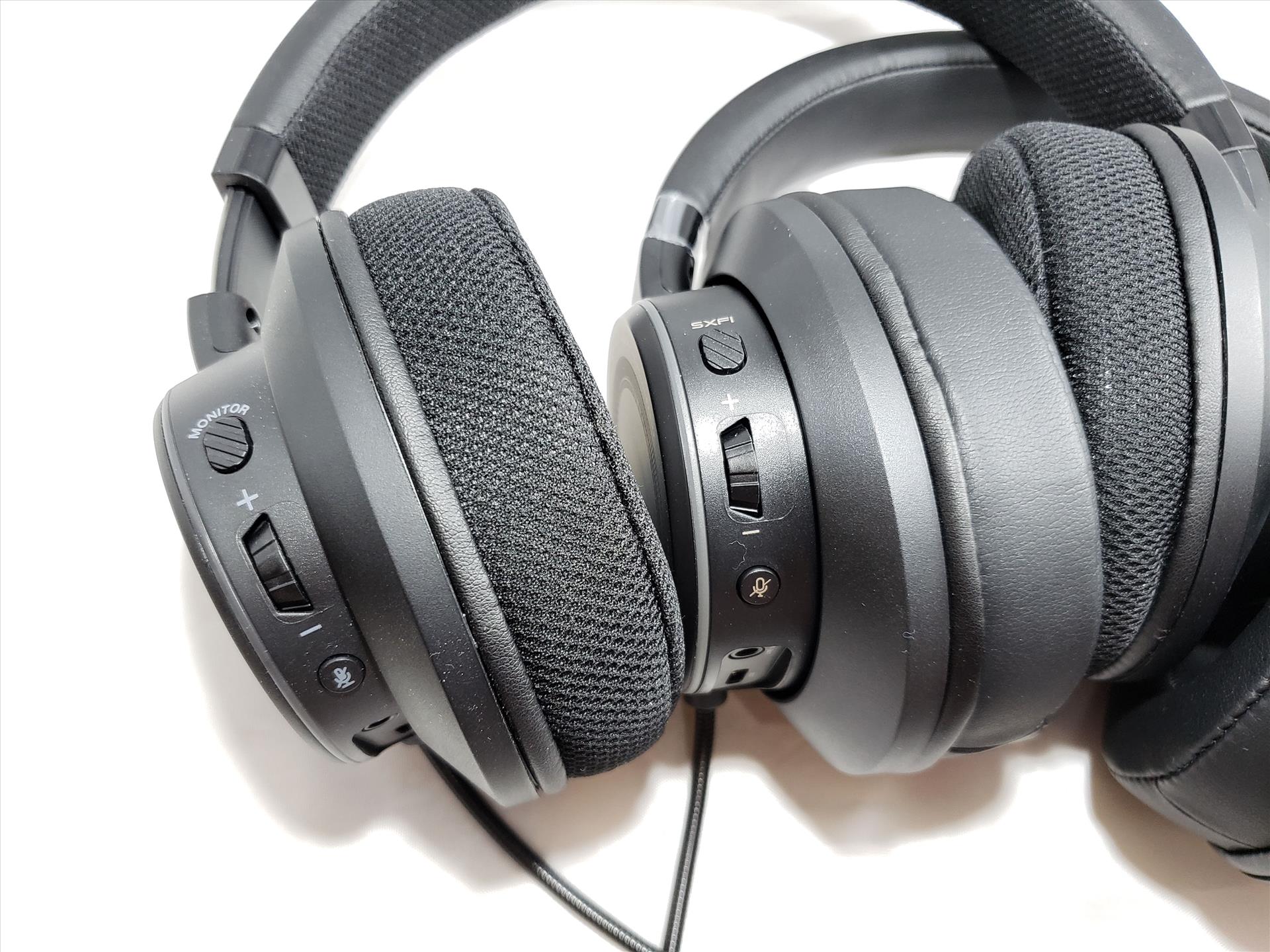 Creative is touting the CommanderMic as a microphone that delivers clear sound while helping suppress noises around you. It has an integrated pop filter, which I do appreciate and it did its job well. No need to replace the foam ones anymore with this mic. When in use, there’s a glowing red light on the end to not only let you know it's working but to give you a nice indicator on how to rotate the mic to its optimum position. When muted, the red light blinks to give you a nice view of it being silenced. And that’s as easy as pushing the mute button which in turn gives you a nice audio voice telling you the mic is being muted or unmuted.

There is a slight side tone when using the mic which cannot be adjusted. It was something I got used to quickly, but I would’ve liked an option to make it louder, softer, or silence the sidetone completely. Hopefully, a software update in the future can help provide that option for those of us who don’t want to hear our own voice when talking. 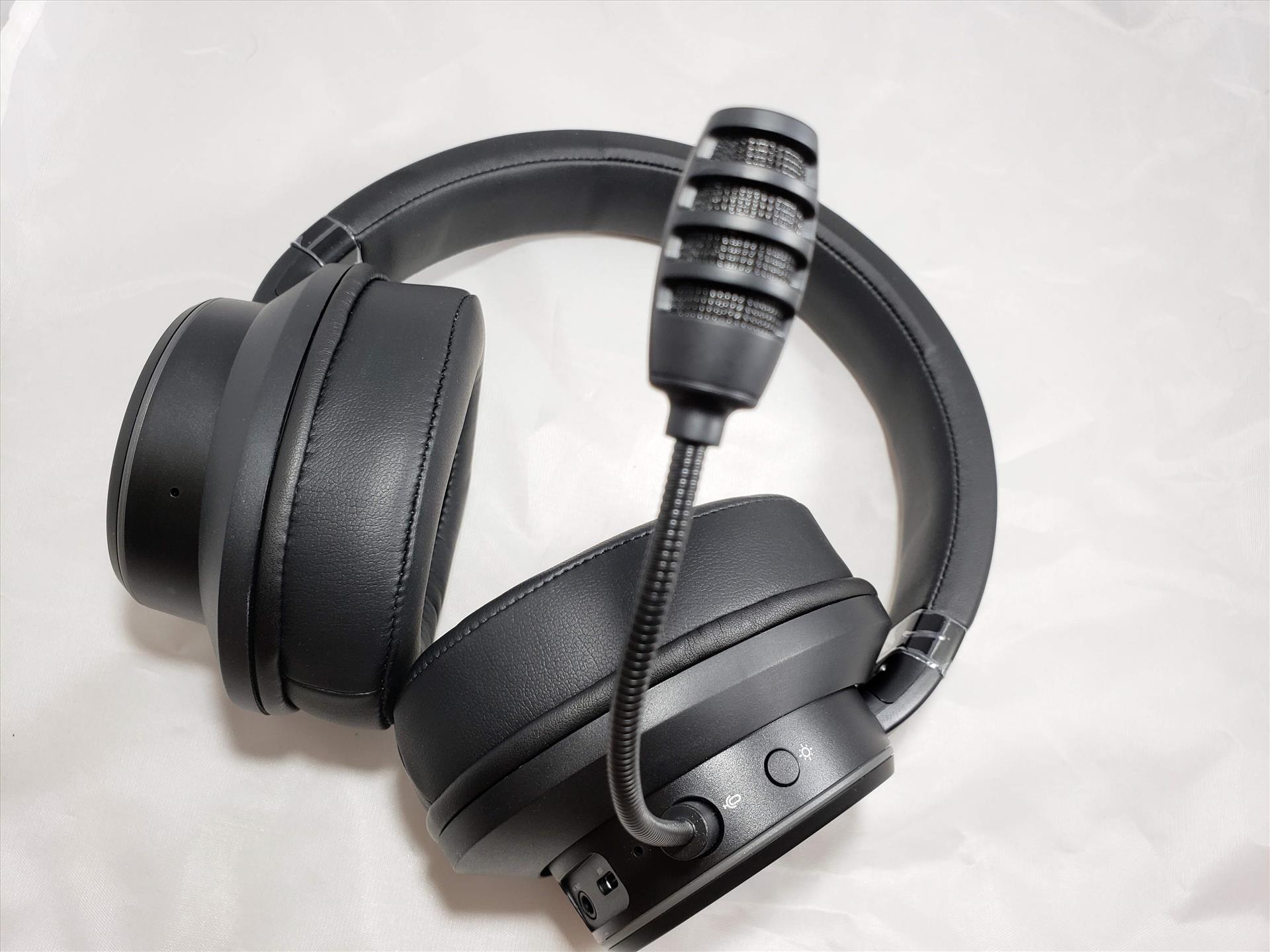 My friends and colleagues told me I sounded pretty good with the mic and my internal recordings confirmed that the CommanderMic, while not studio quality, does do really well in transmitting a clear and concise voice in my online meetings. When going through my other gaming headsets, the CommanderMic on the SFXI Gamer was the best of the bunch and allowed me to convey my voice clearly and concisely to my friends and colleagues. It really is a solid mic on a gaming headset and it can be removed and stored away if you don’t want to use it.

Connection to the computer is done via a USB-C connector, which thankfully more companies are moving to. Creative actually includes a Kevlar-reinforced copper and wrapped in nylon USB-C to USB-C cable. The jury is out on if the Kevlar helps in keeping the cable durable, but I do appreciate the length and the fact both ends are USB-C. If you don’t have a USB-C connector on your computer, Creative was kind enough to include a USB-C to USB Type-A dongle to connect to most computers. 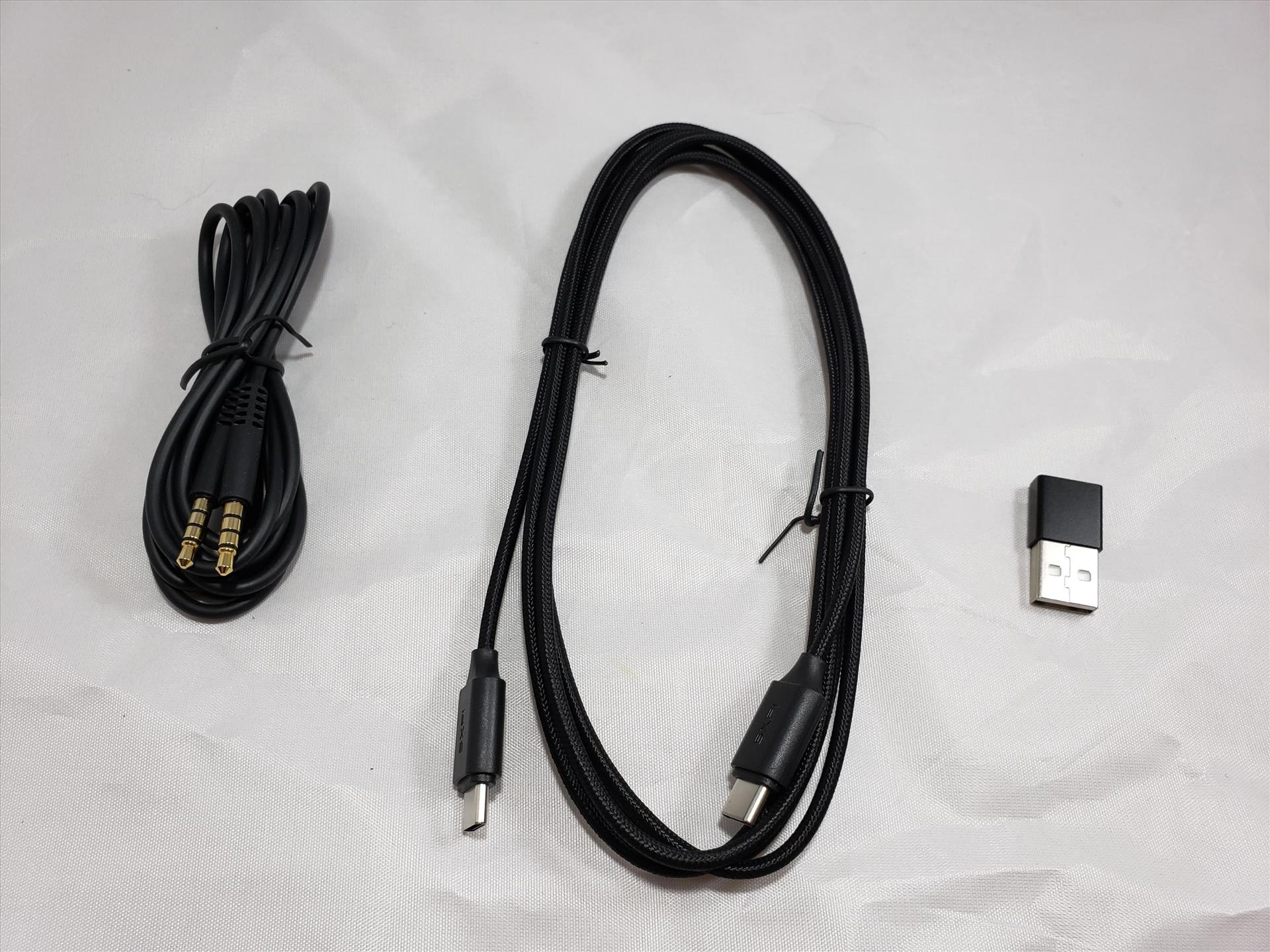 If you’re looking for some great control over the colors on the sides of the SXFI Gamer headset, then you’ll have to look elsewhere. Currently, the software just lets you set a solid color. The button will cycle between the solid color you chose, a rainbow effect, or being completely off. I do like that the lights aren’t too bright as it’s a more subtle approach to lighting, but I’m never a big fan of lights on a headset because in reality, you won’t see it. To me the experience is the same whether it’s on or off, but I do know there’s people out there who love lights. There’s nothing to prevent Creative from increasing the color options in a future software update, but for now it’s pretty barebones in terms of options available.

So now let’s get to what sets this headphone apart from the rest. Super X-Fi is, well, it’s pretty amazing when it works. Not all media will benefit from it, but those that do can really make your audio experience a lot better. 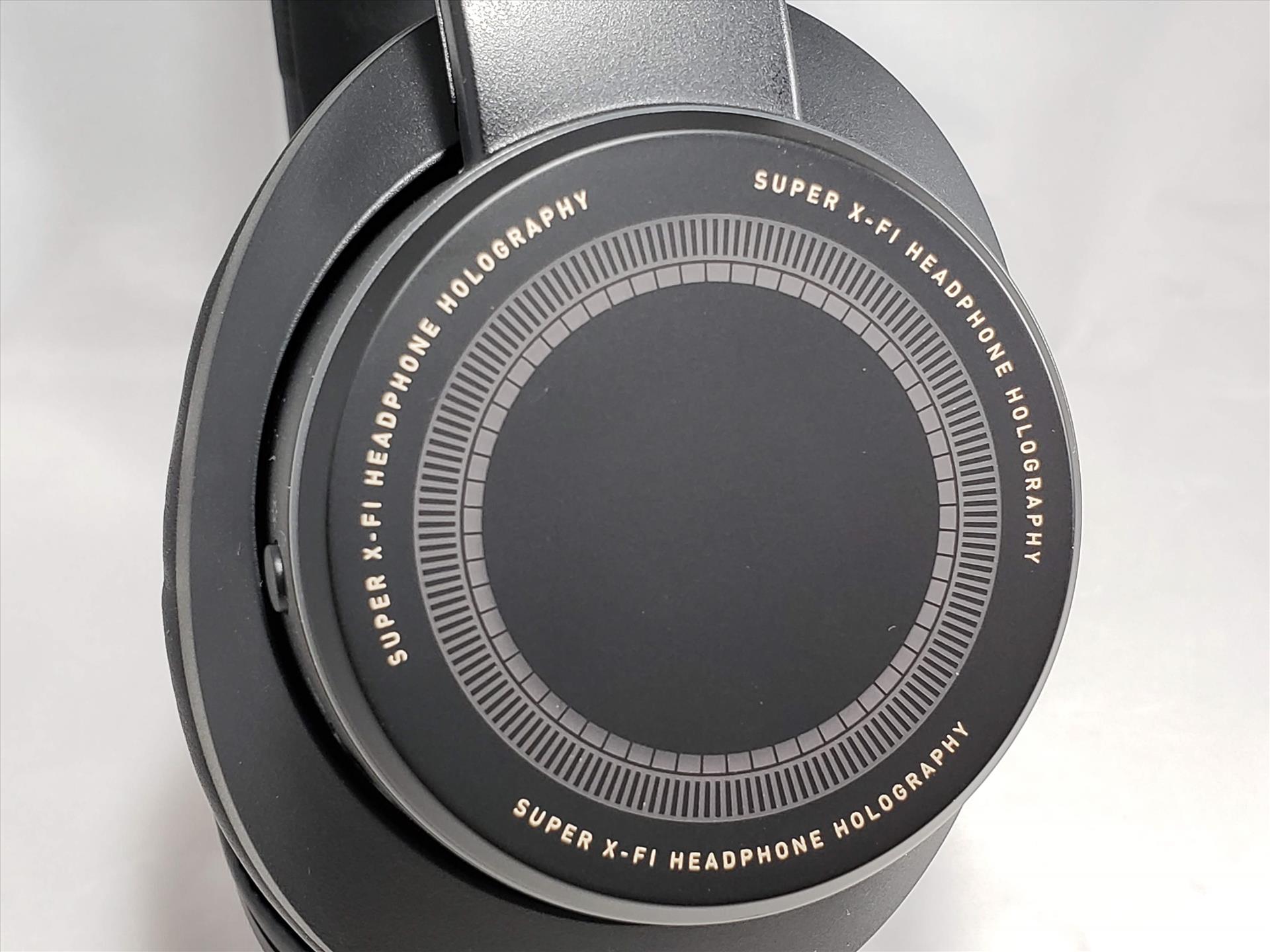 Like with their other products, you’ll need to download an app on your phone to set it up. The app will take pictures of your head and ears in order to generate a profile that will optimize how the audio will be delivered to your ears. It’s best you have someone do this for you as taking pictures of your ears by yourself can get a little tough.

Once you have a profile setup, it’ll download on to your SXFI Gamer headset and then you’re good to go. It’s a process that I’ve only recently seen other companies doing, but Creative was the first one that I had experience with doing it this way.

There are two Super X-Fi modes on the SXFI Gamer headset: Super X-Fi and Super X-Fi Battle Mode. Let’s start with the regular mode first. I’ve written extensively on Super X-Fi in the past two CES visits I had with Creative and how it creates a more wider and fuller listening experience as though you’re listening to sound through speakers setup in a room instead of two drivers next to your ears. Closing your eyes, you’d be hard pressed to tell sometimes if the sounds weren’t coming from a few feet away from all directions. The technology can take ordinary YouTube clips and make them sound like you’re in a movie theater.

Not all movies or music work this well as there are some I’ve tried where it didn’t sound nearly as good. More often than not when I’m listening to a song or watching a movie or TV show, I prefer Super X-Fi on. 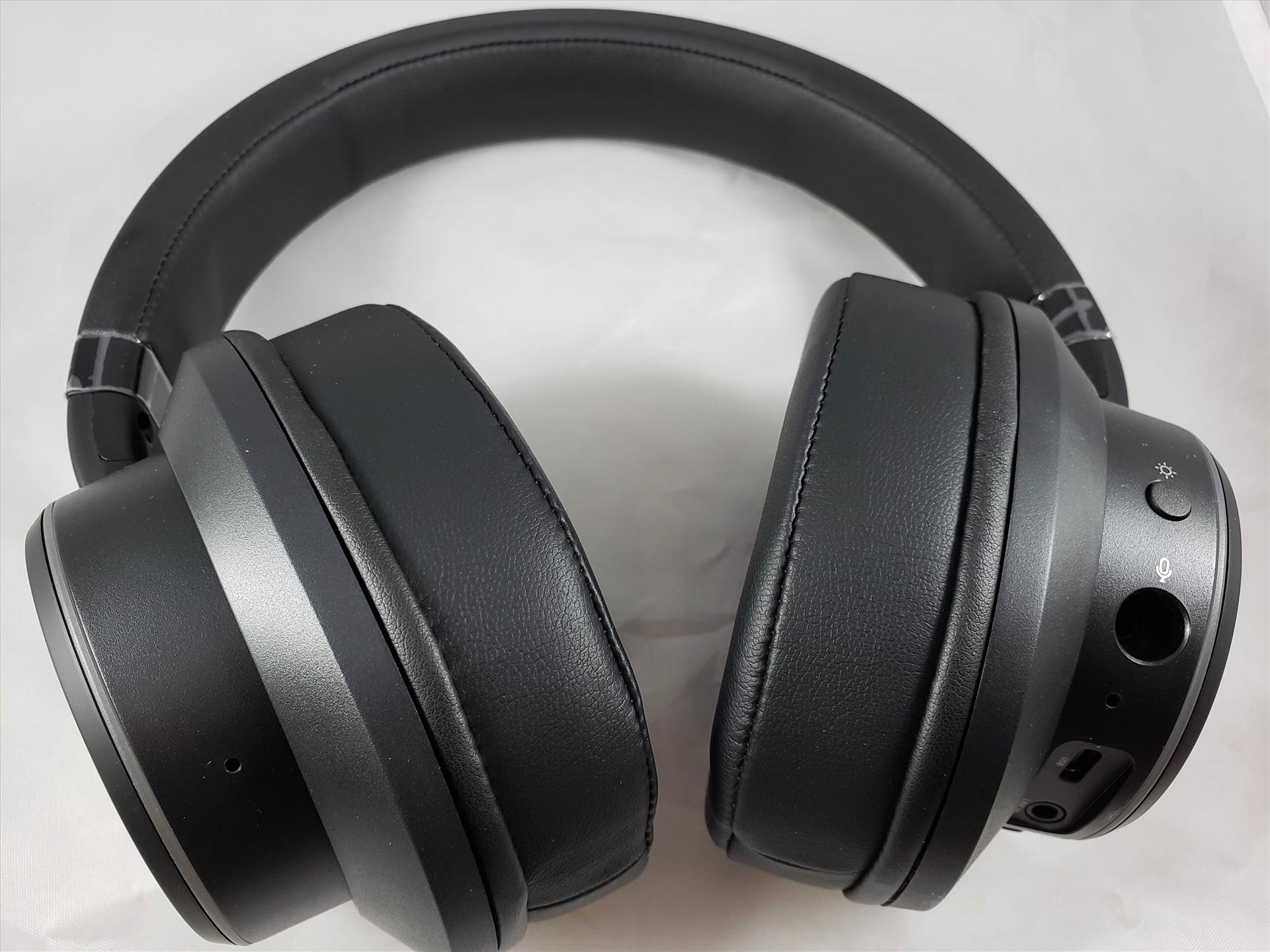 Battlemode is what us gamers should use and it does a hell of a job at making sounds like breathing or footsteps more distinct and directional. For example, I play a lot of 7 Days to Die where the zombies can be pretty quiet. With it off, the footsteps were muddled and the growling wasn’t as intense. With Battlemode on, I was really able to hear the footsteps a lot better and get a better sense of where they were coming from. Whereas I’d sometimes hear a zombie step on some trash that generated a kick-the-can noise, Battlemode enhanced that to a point where I was able to easily pick that out and not ignore it.

The virtual surround mode wasn’t as distinct as I would’ve liked it to have been. Then again, my ears don’t pick up virtual surround sound that well. Switching between 5.1 and 7.1 yielded the same results to me, which is to say you get good simulated surround sound, but of course it’s not as good as discrete channels in a physical setup. Which is funny because at CES, I had a hard time distinguishing between when Super X-Fi mimicked surround sound and when it was true surround sound. It was that amazing in the demo room. I’ve yet to replicate that at home with the SXFI Gamer headset, but if I can find a way to do it, it would make viewing movies so much more immersive. 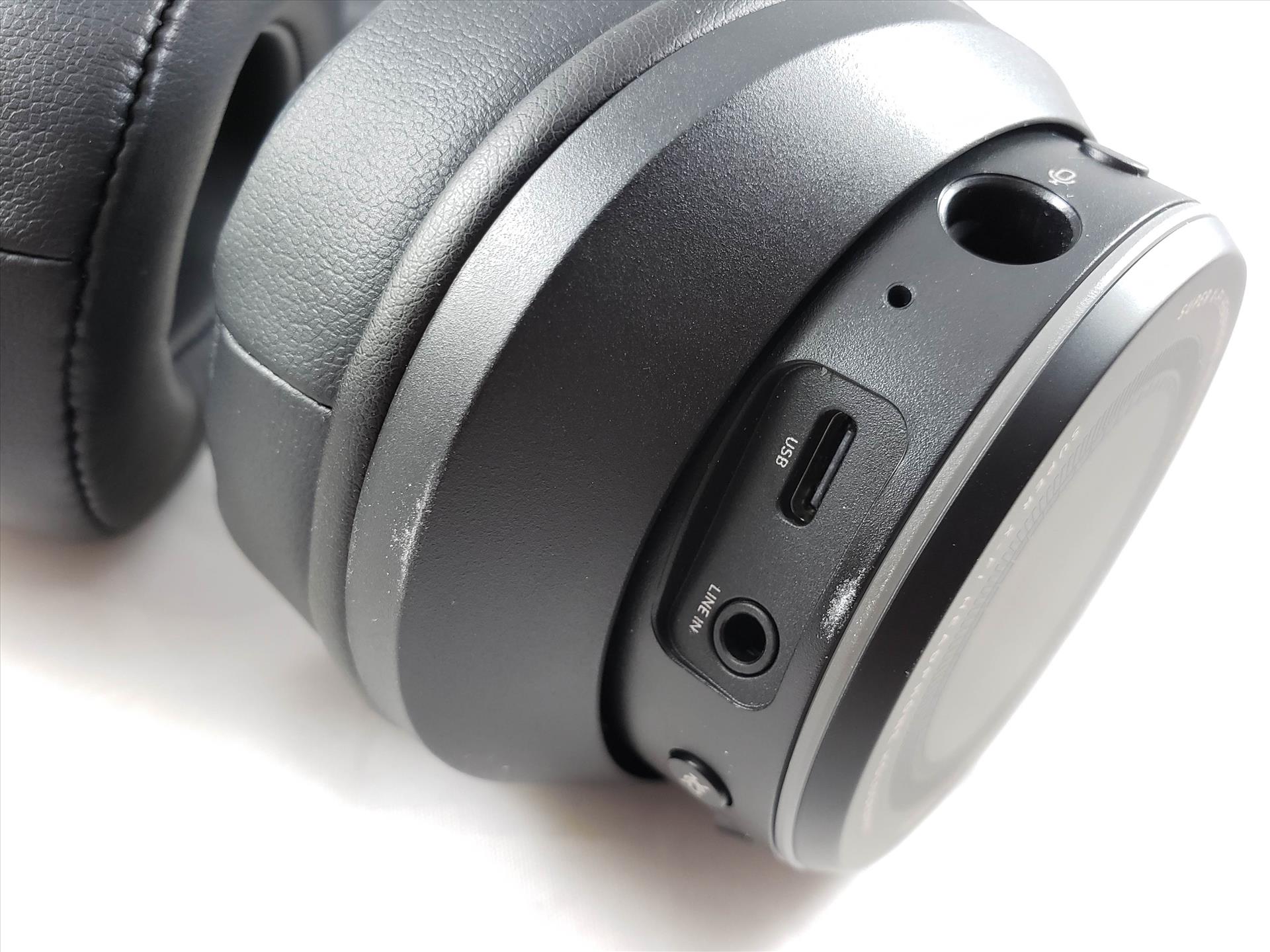 So, Battlemode is a great feature and not something that is all hype without the delivery. I wouldn’t use the regular Super X-Fi mode with games, but Battlemode is a definite yes for me when it comes to gaming.

Creative first introduced Super X-Fi via a dongle that I used with my Samsung Note 9 phone. Since my phone had a USB-C connector, I was curious if I could just plug the SXFI Gamer headset into my phone and get the same experience. The answer is a resounding yes! As soon as I plugged the headset into my phone, the app recognized it and allowed me to use Super X-Fi without any issues. Neat! If I were to keep the SXFI Gamer in my laptop bag, I could do away with the dongle and just use these headphones to listen to music with Super X-Fi enabled. Even though Creative probably didn’t think of this as a use case, you can use the headset with a phone to get that sweet, sweet sound in a mobile setup. 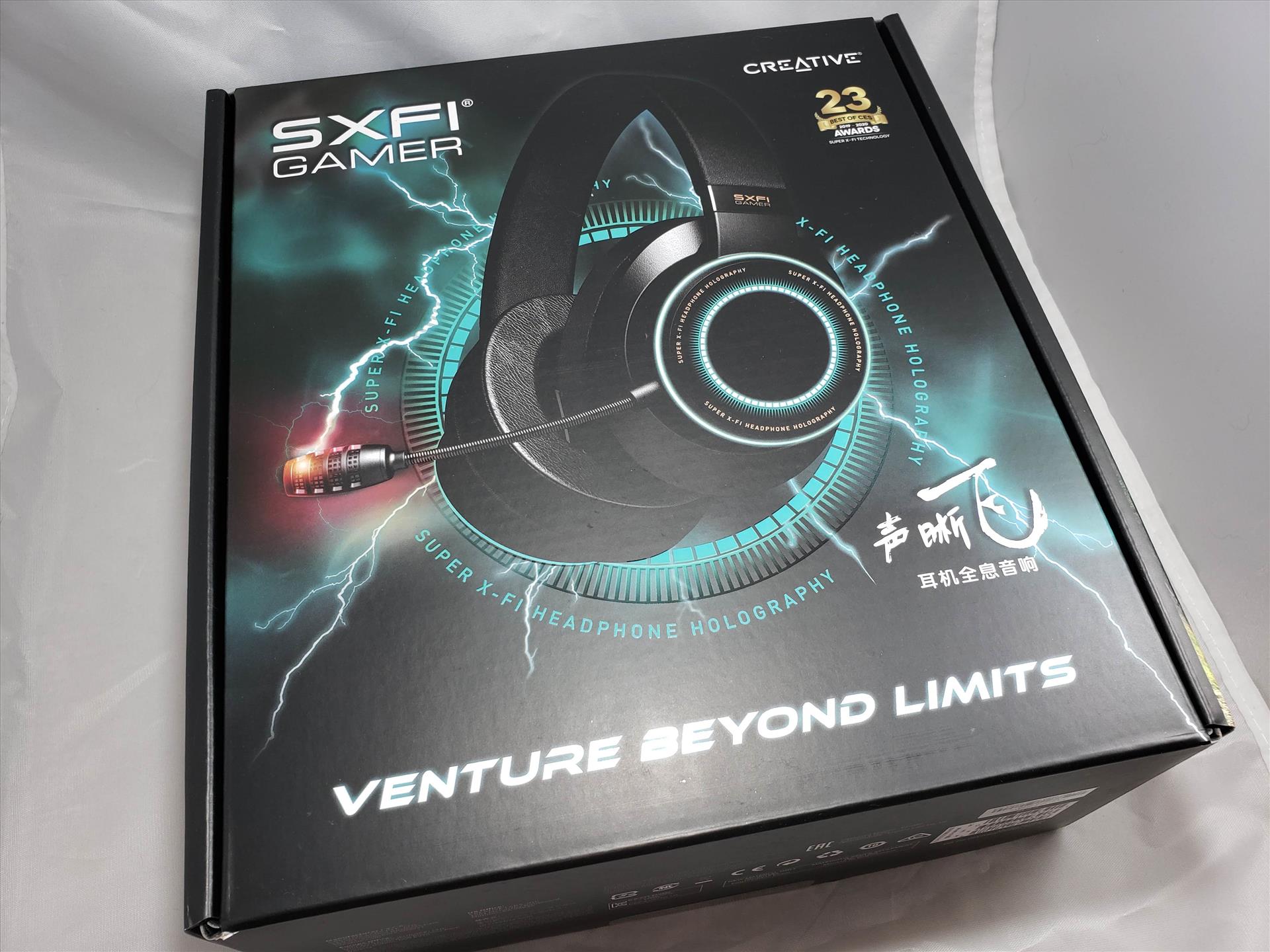 The software that downloads profiles to your SXFI Gamer does have some quirks. Almost every single time I reboot, it will say there was an issue downloading the profile to my headphones and to try again. Sometimes it would take me a few tries to even get the profile to successfully download. This actually happened on multiple computers. Again, a minor inconvenience but hopefully one that can be alleviated with a software update.

Overall, the SFXI Gamer is a very solid entry in the gaming headphone space with an excellent feature in Super X-Fi and a top notch microphone. It fits comfortably and offers solid sound. It’s actually become my go to headset when gaming with friends. If you’re looking for a good-sounding headset for gaming, the SFXI Gamer is a great choice.

An excellent entry from Creative Labs for gaming headsets, the SFXI Gamer headset is a comfortable, great-sounding set of cans with a very good mic and Super X-Fi technology that can do wonders for movies and music. Battlemode works as advertised and can enhance subtle game sounds that you want to be more distinct.