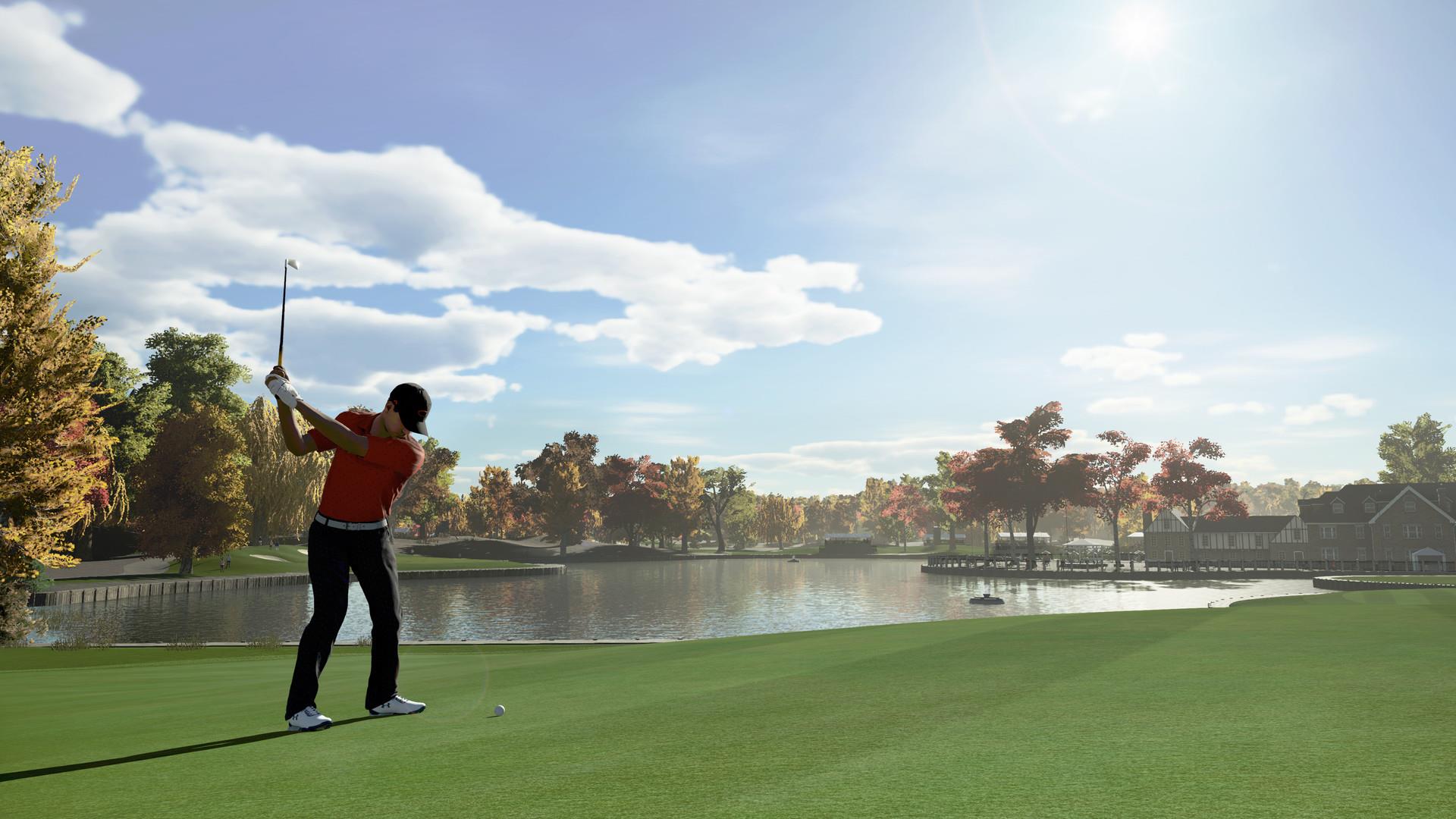 “Golf is a good walk spoiled.”

Truer words may never have been spoken, having played the game since I was nine years old. Right around that time, golf games were starting to hit the market on a regular basis. The PGA Tour officially started offering their license in 1990 with the aptly titled PGA Tour Golf. Since then, a myriad of golf titles have been released with varying degrees of success, most notably the Tiger Woods franchise, which I was a huge fan of. Since the last official PGA Tour game came out in 2015 that was average at best, there’s been a noticeable drop in both the interest and quality of these titles. 2K Games has jumped back in to scratch that itch for golf fans with PGA Tour 2K21, and while it’s not perfect, it’s a needed jolt for the genre.

Beautiful layouts and simple controls to create a solid experience

PGA Tour 2K21 brings lovely visuals and spot-on layouts to some amazing real-life courses, as well as quite a few developer-made fictional courses. The TPC collection of courses, from Louisiana to Sawgrass, all make an appearance. On top of the 10 TPC courses, Atlantic Beach, Riviera, East Lake, Quail Hollow and Copperhead are available for play. This means you’ll get famous holes such as the island green at the 17th at Sawgrass and the infamous Stadium Hole, the 16th at Scottsdale. The 24 developer-made courses bring the in-game count to 39 total courses without having to download a thing. 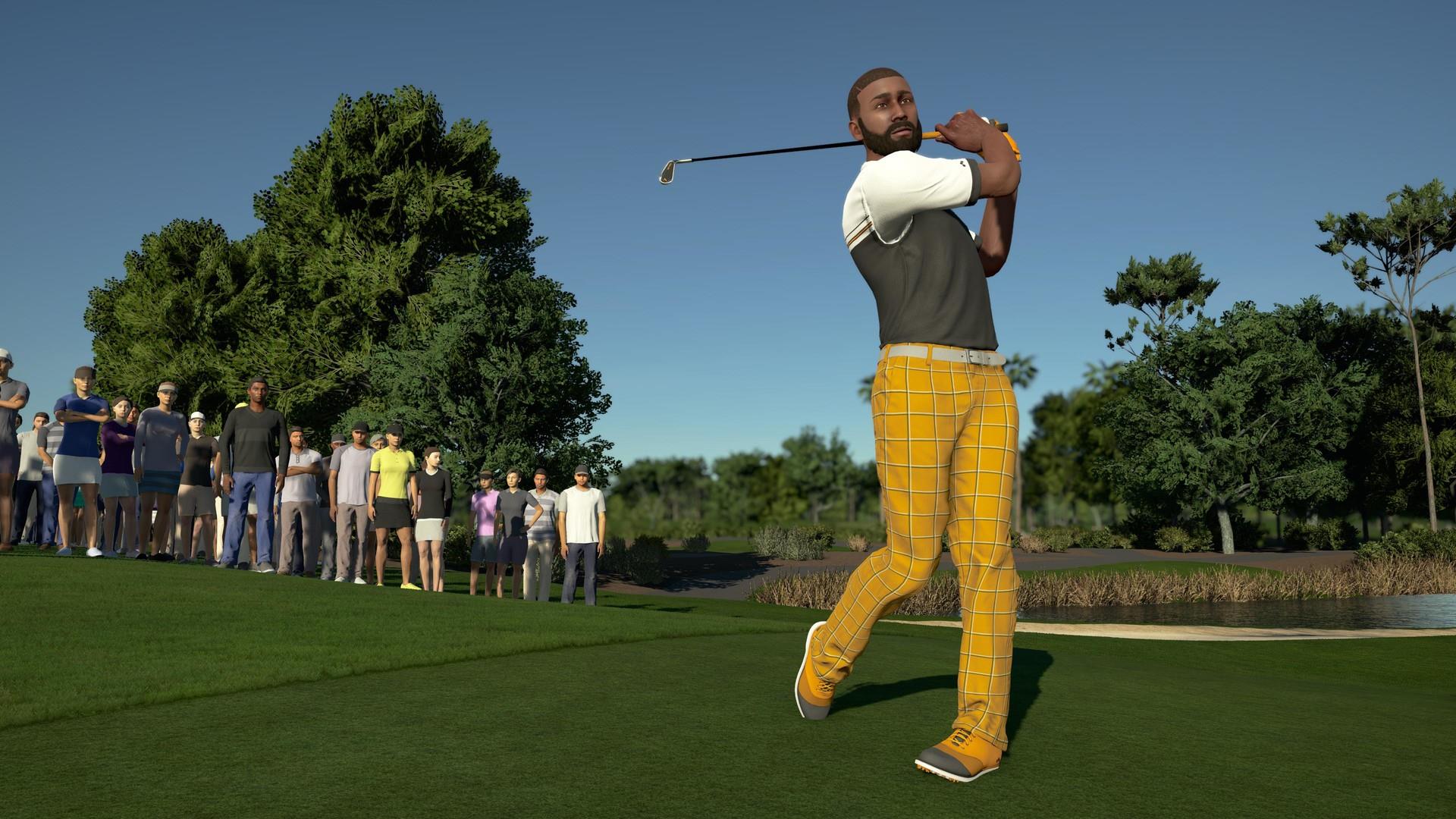 Commentary in the game is provided by Luke Elvy and the hilarious Rich Beem. The two play off of each other quite well, with Elvy providing the shot-by-shot analysis and Beem there to follow-up with excitement and colorful descriptions of a shot, the course, or the area itself. The first time you tee it up in career mode at Riviera, be prepared for Beem to go on and on, in great detail, about why it’s his favorite course. It’s wonderful.

Controls for the game are pretty straightforward and long-time golf players will recognize the options. While you can use a mouse and keyboard, I strongly recommend having a controller for the game and either utilizing the left or right analog sticks for swing control. The difficulty levels in the game range from Beginner to Legend with six total settings. A player can individually create house rules as well, so if players want more lenient swing forgiveness but don’t want putt preview, that is available. The amount of experience gained is predicated on your choices in the difficulty menu. Simply put, PGA Tour 2K21 can be as easy or as difficult as one wishes to make it.

And make no mistake: This game can be positively brutal if you want it to be. 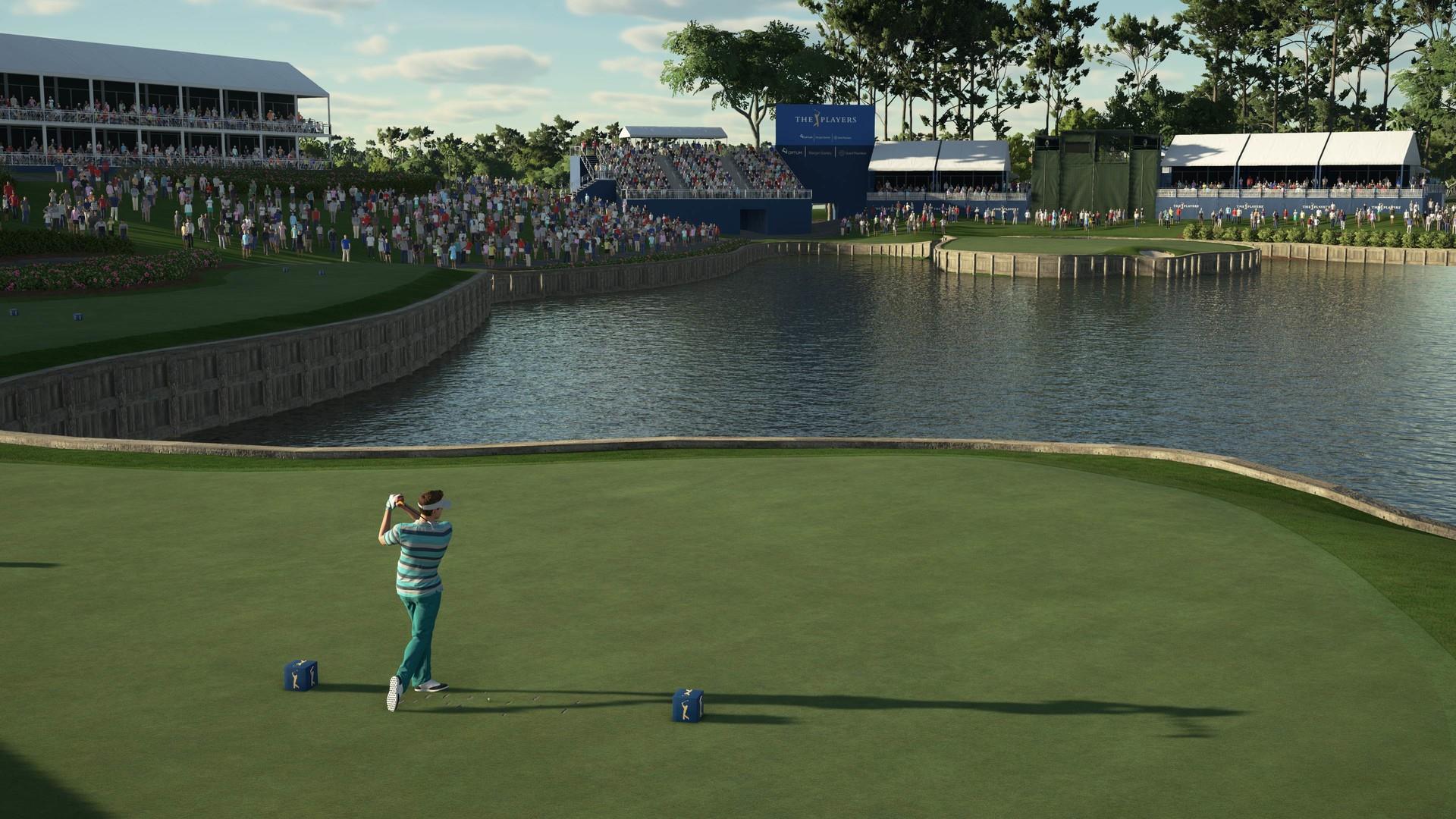 A stroll in the park or a brutal experience?

A familiar term in golf is “pick your poison” when it comes to some shots. On its easiest mode, PGA Tour 2K21 offers a rather relaxing experience that allows players to get used to the system. The control a player has over the ball with fades, draws, backspin, etc., is on par with many golf games from the past. One thing I do like is the game wants to be as realistic as possible. In many of the Tiger Woods PGA Tour games, the earlier difficulty levels had arcade-like controls for spin until you reached a certain level. It meant being able to put insane amounts of backspin on a shot. This time around? There’s nothing of the sort. You have to earn that spin with proper clubs, correct setup and reading the green properly. You’re not going to spin a ball back on a green that is sloping away from your shot.

On the higher difficulties, this game is relentless in showing you just how much you suck at it. I tried Legend difficulty once and proceeded to put up three straight triple bogies on not-so-difficult holes. This game will punch you in the face and sweep the leg for good measure. The good news, as I stated earlier, is that it’s solely at your discretion. There is a level for everyone in the game and can be tweaked in just about every facet of the game. Are you having issues with swing control? Turn down the swing difficulty to get some forgiveness. Having issues making longer putts? Turn putt preview back on and get one read per shot. The possibilities are near endless. 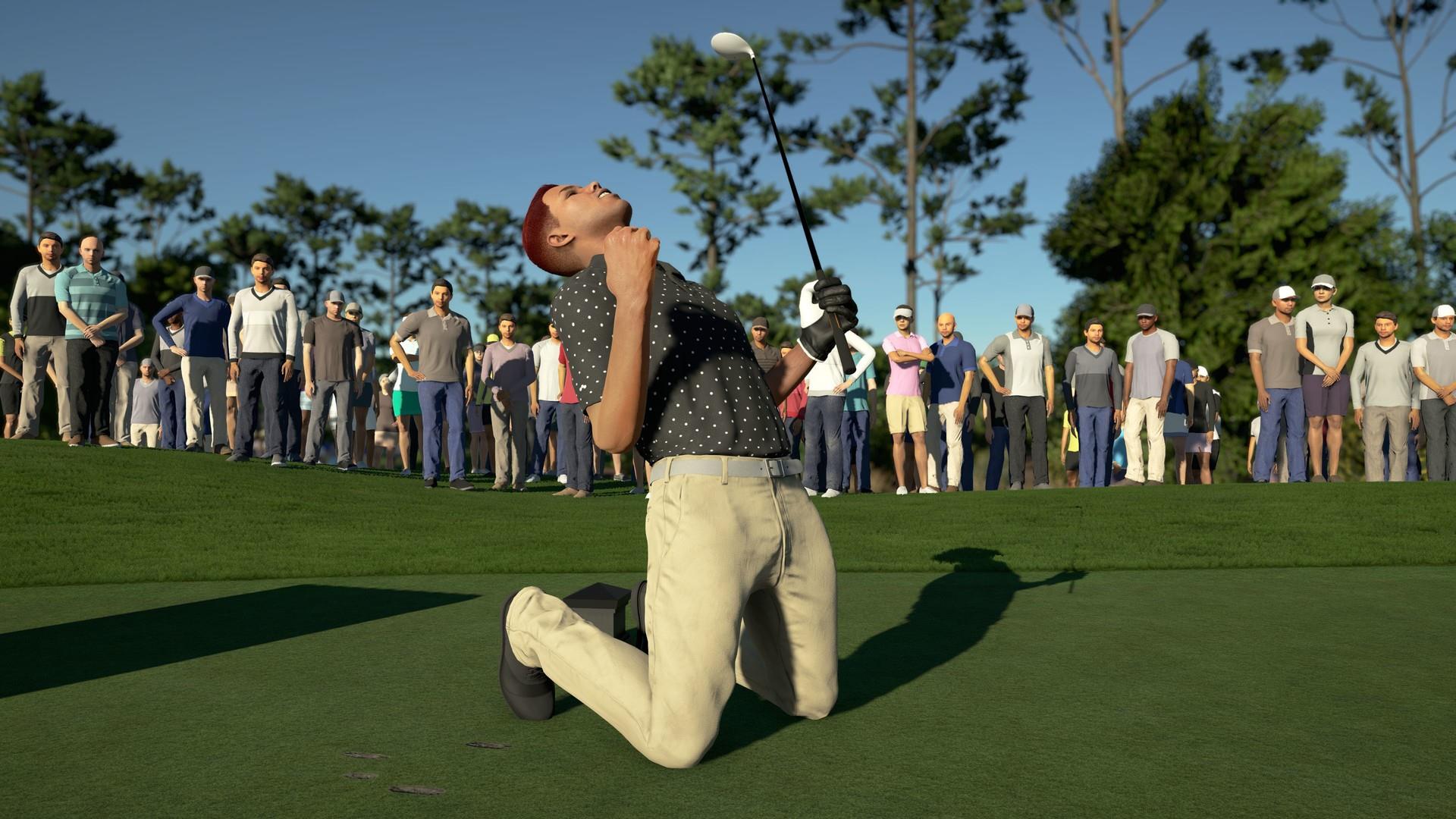 Career mode is a good time, but it needs a lot of work

The single-player career mode is about what one would expect in a golf game: Create your golfer, pick your clubs and try to get on the PGA Tour. Tournaments can be anywhere from one to four days and graduation from Q School can be pretty quick on the earlier difficulties. Challenges come in the form of sponsorship contracts with goals to meet, earning experience towards new gear that helps a player become that much better. Most equipment and gear is locked behind earnable experience points or can be purchased via microtransactions but, truth be told, it’s far more fulfilling to earn that gear on your own. Plus, the opening gear really isn’t that bad. Why spend money to max out a character when you need to learn the game already?

While the PGA license is there, the major titles are not. You’re not going to find The Masters or The Open Championship, though you will find the FedEx Cup at least. Remember that the license is only for some likenesses with golfers and certain courses, but more on that here shortly. The rest of the mode is pretty barebones: Play a tournament, try to win it, rinse and repeat. While the experience with a crowd is fun and all, I’d like to see more added here. Let players have practice rounds or maybe do some interviews with the press leading up to a tournament. It doesn’t have to go full RPG, but it gives a player’s created character more realism week in and week out. 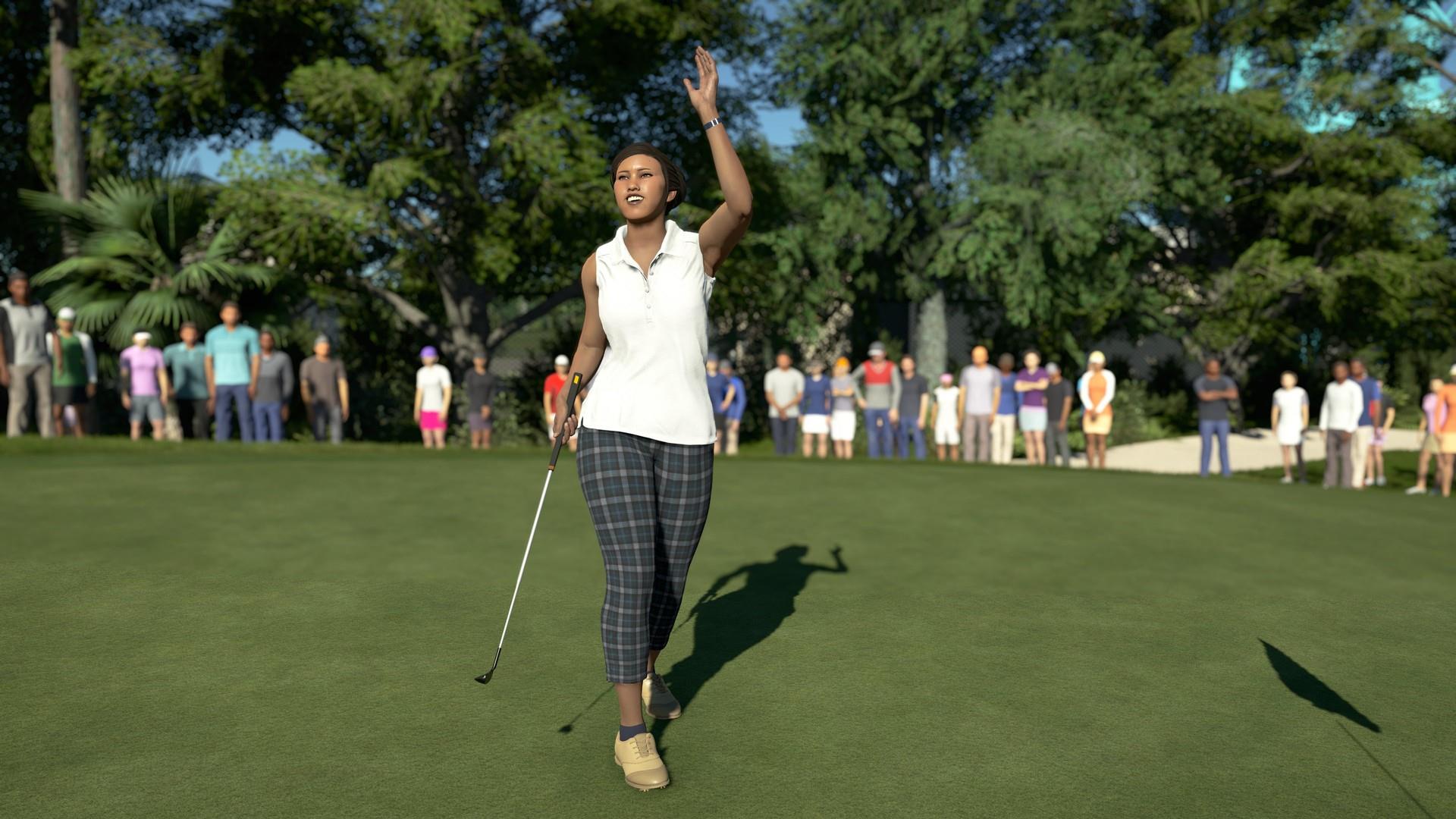 All that being said, there’s a glaring problem

PGA Tour 2K21 is bringing me back to the golf genre slowly but surely. There is a pretty huge problem with the game, though.

There’s just not enough of it.

This is a PGA licensed game, but we’re missing out on some of the most iconic golf courses out there. Pebble Beach, Bethpage Black, Cog Hill Dubsdread, Augusta National: All of these courses are missing and there are a ton more that make this game almost feel incomplete. Yes, the courses available are fun but I would gladly trade off the 24 fictional courses for 10 more authentic ones that I desperately want to play. 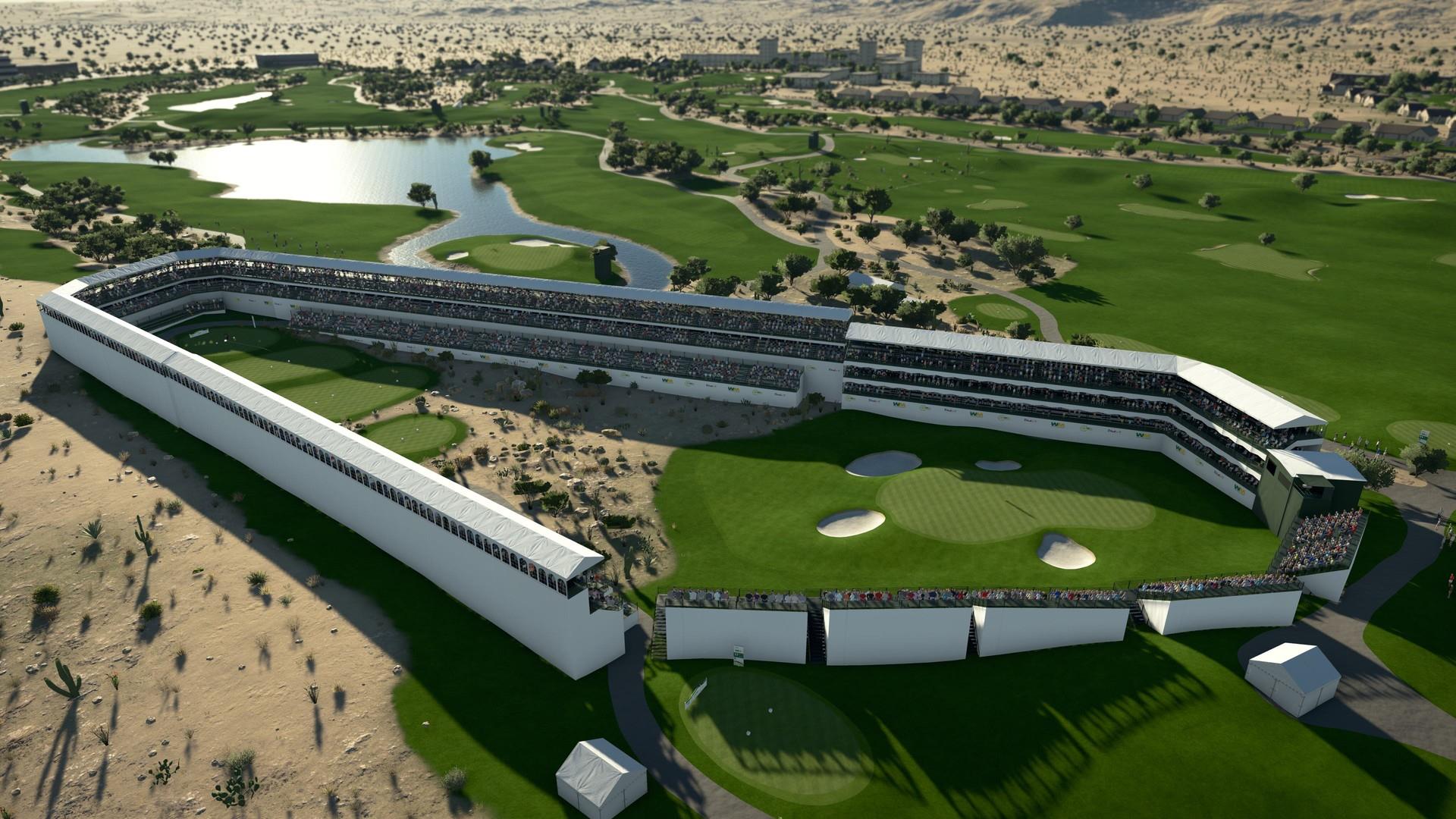 There is good news with this, but it’s going to take hundreds of hours of work or you have to hope the community comes good: The create-a-course mode can help fill that gap and allow players to create their own challenging 18 holes to share with the world. I would strongly recommend visiting TGCTours.com, a community that has an online leaderboard complete with tournaments, challenges, and a dedicated course creation community second to none. You will find some incredible courses that can be searched for online that will scratch the itch. The downside to this, however, is that no created course can be inserted into career mode. That is a big bummer and I feel it’s a misstep by HB Studios.

PGA Tour 2K21 is a full price game at $59.99, currently available on Steam, PS4, Xbox One, Google Stadia and Nintendo Switch. I played the PC Steam version and, overall, enjoyed my time with it. If you have a group of guys who love golf and will play against each other, this is a great game for that group. Single player does get a bit old after a while, though kicking up the difficulty will bring new challenges. I just wish there was more in this game, even though the foundation is there. Yes, online leagues exist but finding one that sticks with it seems to already be a problem after a few weeks of playing.

This might be one to wait on a price drop, but hardcore golfers that want virtual action in the colder months can justify picking it up right now.

PGA Tour 2K21 scratches the itch for the hardcore golf fans out there, but casual players are going to find a game that is lacking deeper options even though the game itself is beautiful. It's a good entry that hopefully is built upon in the future.