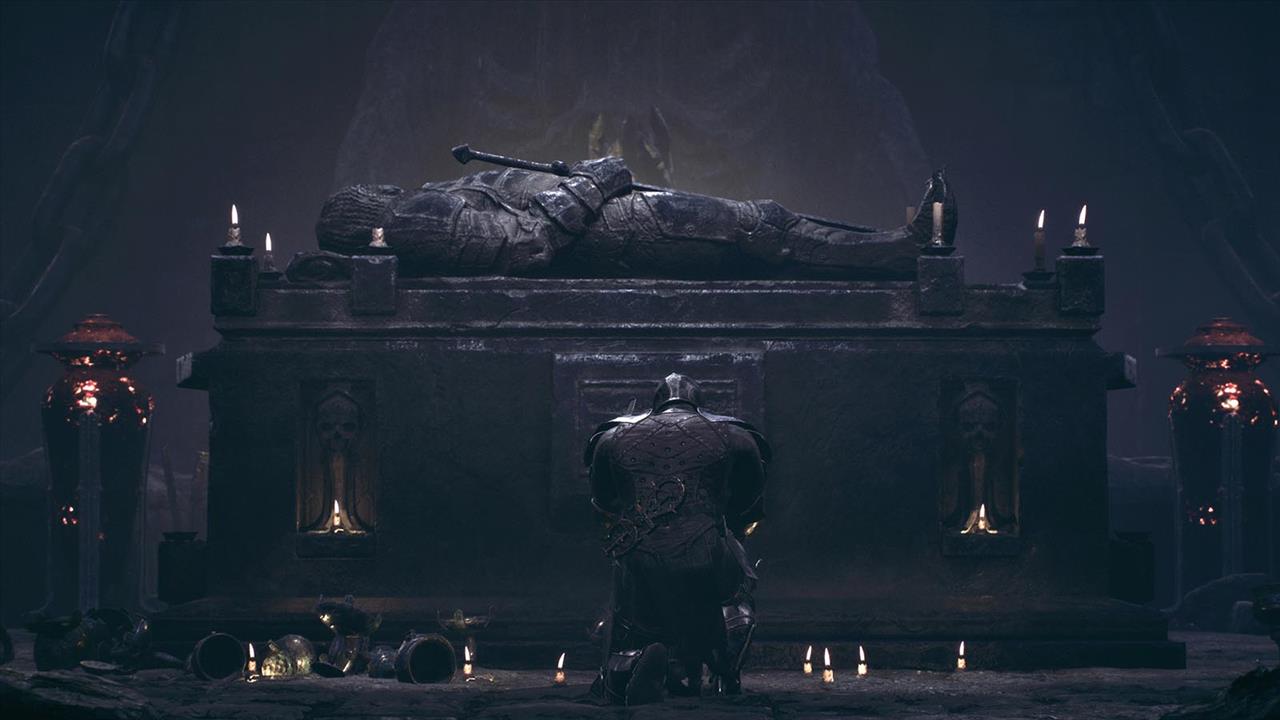 Written by Carter Kilmann on 9/4/2020 for XBO
More On: Mortal Shell

We, a ghostly aberration, ascend from misty waters. We are bare, fleshy, and alone. We have no background. No insight into who we were or where we came from. For all intents and purposes, we’re a blank slate. Soon enough, we’ll adopt the name Foundling, a term that describes an abandoned infant who’s discovered and cared for by others. It’s an apt title for our mysterious character. 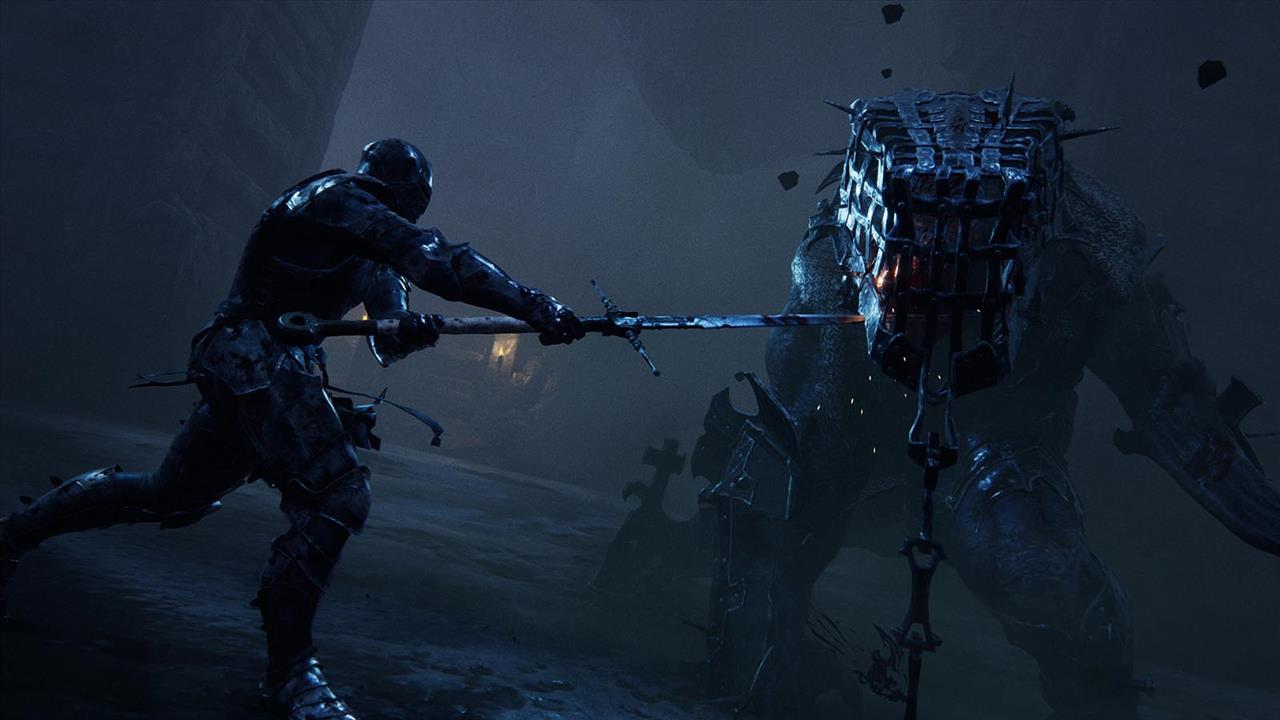 We lack much direction or purpose, and it’s evident from the moment we awaken. Thanks to a brief and unrevealing text prompt, we know we’re in Fallgrim—heavy emphasis on grim—and that we seek a “muted-dweller” in a nearby humming tower. We begin our unclear journey by crawling through a narrow tunnel. On the other side, we stumble across an eerie, glowing mask protruding from the rock wall. Its significance won’t become apparent until later, which is a recurring theme in Mortal Shell.

Our path leads us to the slumped corpse of a nameless warrior—our first shell. Instinctively, we inhabit and take possession of the fallen warrior. Although the identity of our newly acquired shell is unknown, he’s far more equipped to venture through the ominous world ahead. We continue down the path until we reach a clearing. Ethereal whispers and daunting growls echo around us. It’s unsettling. 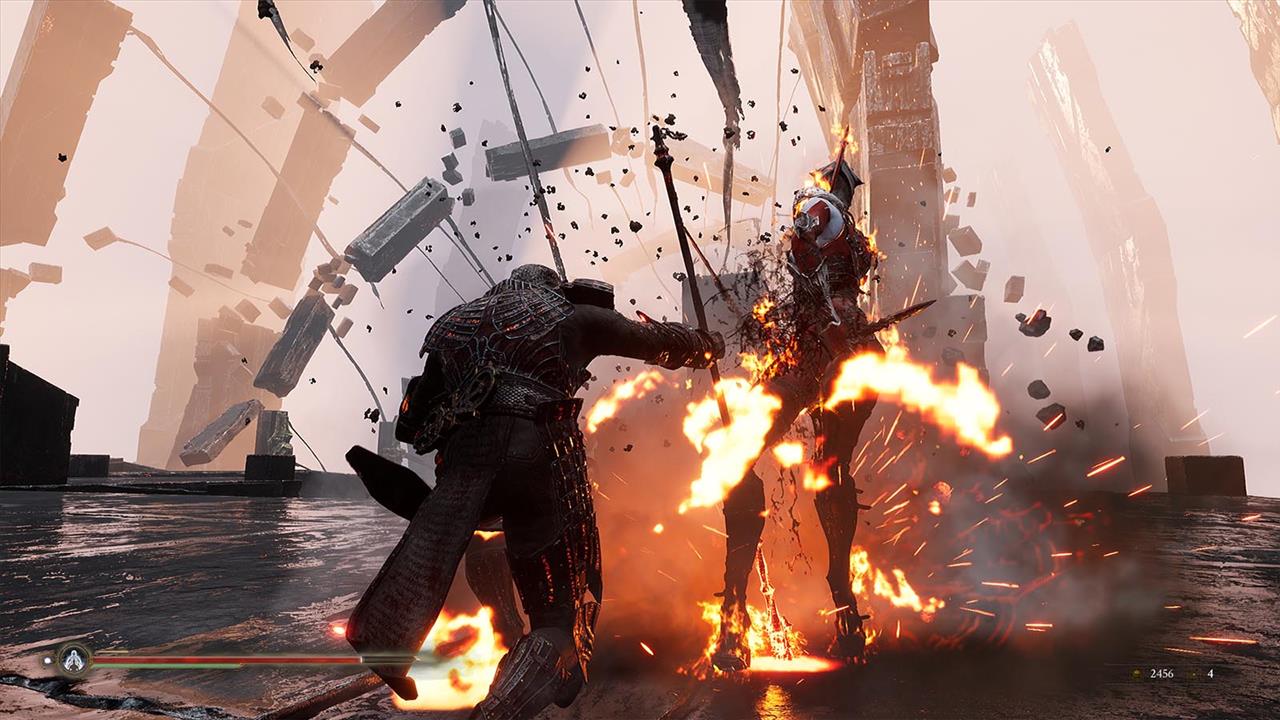 We notice a patch of Weltcaps at our feet. It’s an unfamiliar consumable item. There’s only one way to change that, so we chow on some foreign mushrooms. Instead of slipping into a psychedelic state, we learn that Weltcaps regenerate our health over 30 seconds. We don’t know it yet, but this is critical information. Sources of health regeneration are few and far between.

To our right, we find other unknown, lootable items scattered across a deserted encampment. It’s here that we’re introduced to Tar and Glimpses — although, again, their purposes remain unknown. We also find a lute among the bevy of goods. We drop into a casual squat and start to play. Clumsy plucks of our instrument produce harsh, disharmonic twangs. A text cue appears. “Practice makes perfect.” So, to add a little cheer to a cheerless world, we keep practicing, increasing our familiarity with the item. After a few tries, we start forming pleasant, harmonious chords. We learn the power of repetition, which can’t be understated. Everything serves a purpose, as Mortal Shell likes to remind us. 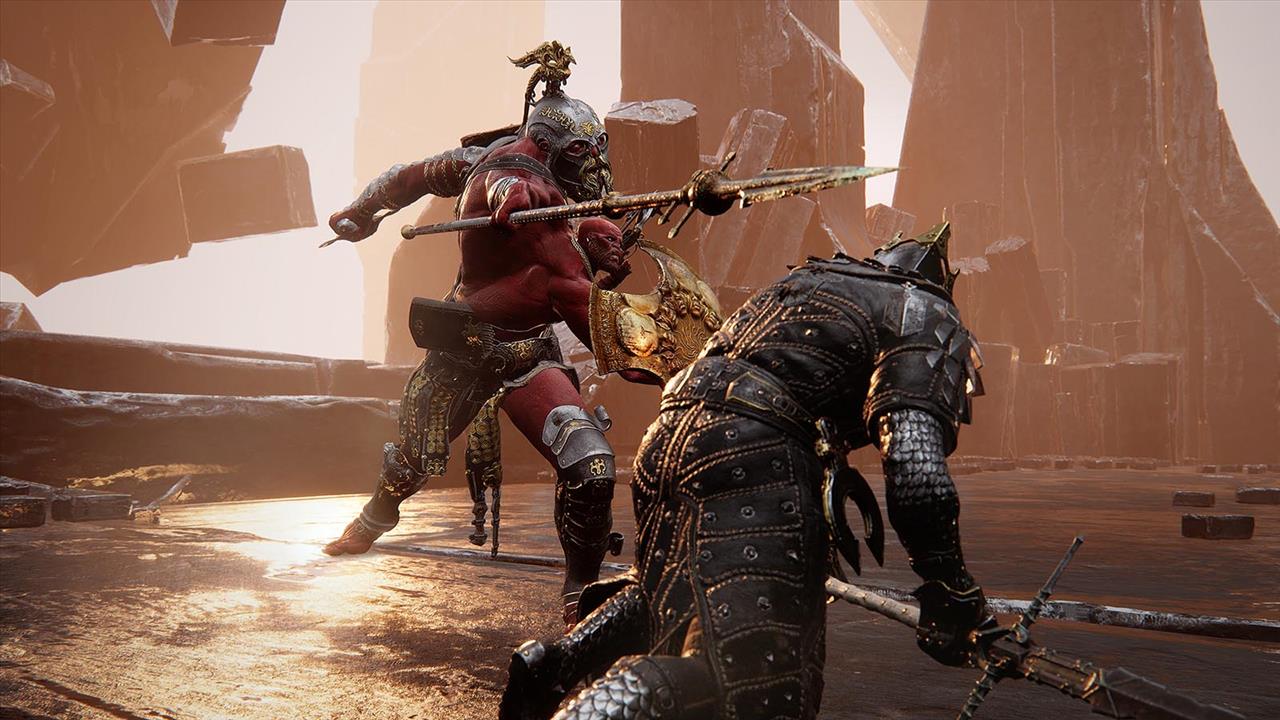 Amidst our looting and strumming, we notice a prominent stone. Upon interacting with it, we’re shown a blurry vision of our destination: Fallgrim Tower. Conveniently enough, it’s right across the swampy clearing.

After plodding through a brief quagmire, we come across a pair of scantily clad individuals. More weary travelers perhaps? Or fellow music lovers we can share our newfound lute talents with? No, not quite. The inhabitants of Mortal Shell’s environment are bountiful, both in number and variety. But they share one thing in common: their desire to beat you into the ground. Beyond a handful of stationary NPCs, you have no allies in this bleak world. 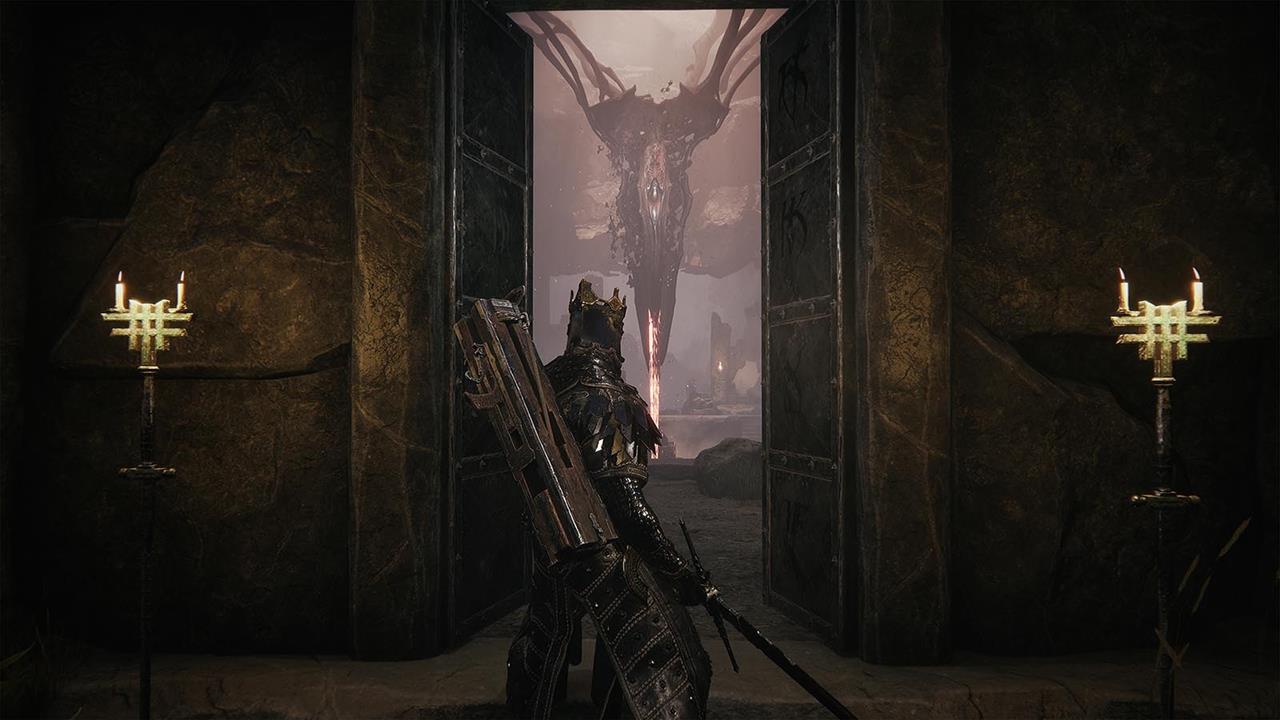 After trading blows and overpowering our unwelcoming acquaintances, we reach Fallgrim Tower, which serves as both our main hub and the central point of the unmapped region. After exploring the lower level of the tower, we find a tomb and Sester Genessa, a rare friendly face. Sester Genessa helps us piece together our shells’ names and backstories via upgrades, in exchange for Tar and Glimpses. But she’s more than a merchant; she also serves another undisclosed purpose. There’s a Sester Genessa located at each major location. Each time we awake and speak with a Sester, our game saves and her location becomes the new respawn point. While speaking with Sester is harmless, sipping her tar and accessing our shell abilities menu has a consequence: respawning all enemies.

We learn that the Fallgrim Tower’s tomb houses each of our shells. Hovering over each empty tomb bed, we can access a layered vision that vaguely points us in the direction of each shell. Ascending the tower, we discover a wall of unacquired weapons—with locations that, again, can be “sensed” in a layered vision—and a workbench for upgrading them. In the adjourning room, we discover the source of the tower’s humming: The Old Prisoner (i.e. the muted-dweller). The Old Prisoner, who’s a masked bird-like creature that’s chained to the tower, initiates our primary and perilous quest. 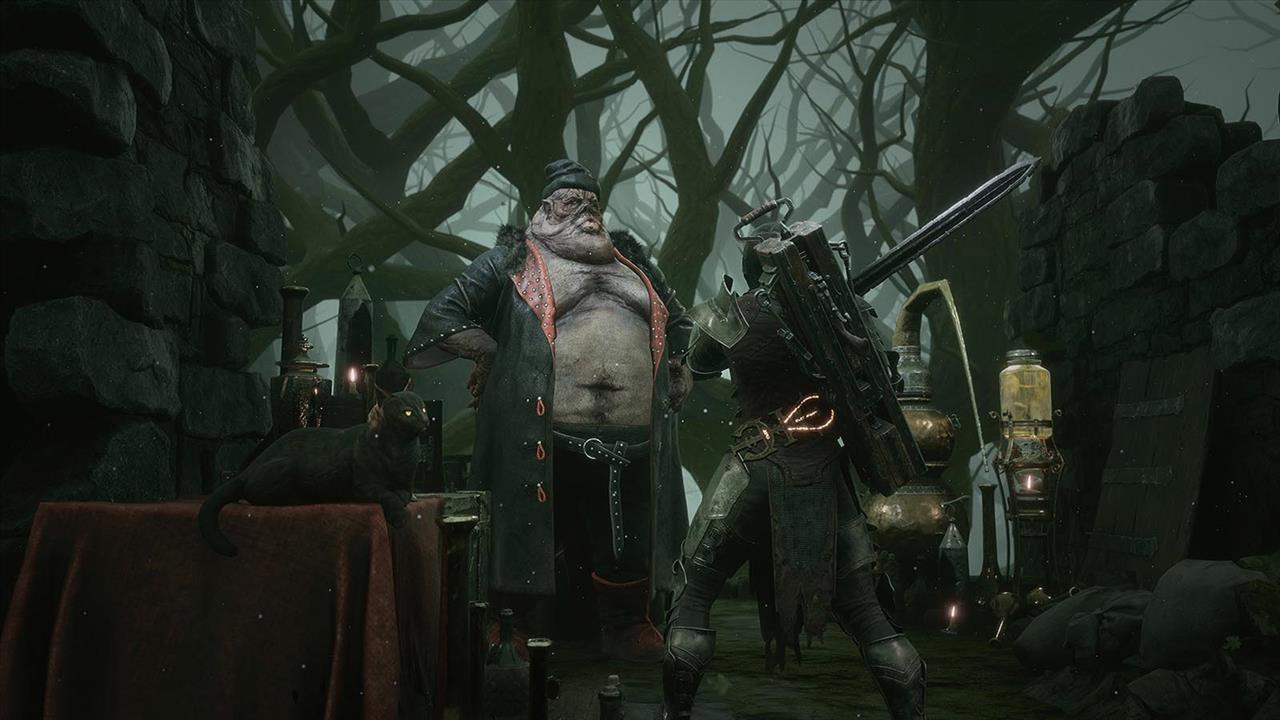 Much like the intro of this review, Mortal Shell’s story and gameplay mechanics gradually unroll. In turn, it’s easy to feel directionless and confused. I spent much of my initial playing experience simply exploring and building a mental map. The most insight we have into our general objectives are brief flashes of unspecific locations. So, the responsibility of figuring out how everything works lies on our shoulders. By nature, Mortal Shell encourages a trial-and-error approach. You will make mistakes, and that’s expected. Admittedly, I strolled right past the first shell during my initial run. Not too long after, I died from consuming a Transpore, which I hoped had a similar effect as Weltcaps. To improve and progress, we have to learn by experience. This is especially true with combat.

As I mentioned, Mortal Shell boasts a diverse set of enemies, and each type brandishes a different weapon and multiple attacks. It takes patience to grasp the subtle timing differences of each one. Fearless, gung-ho strategies will result in death. Why? Because, in a Dark Souls-like fashion, our Shell’s health does not replenish unless we a) consume certain items or b) parry enemy strikes and riposte, which is much easier said than done. The name of the game is pattern recognition. Although enemies have multiple attacks, they’re predictable once you become accustomed to them. 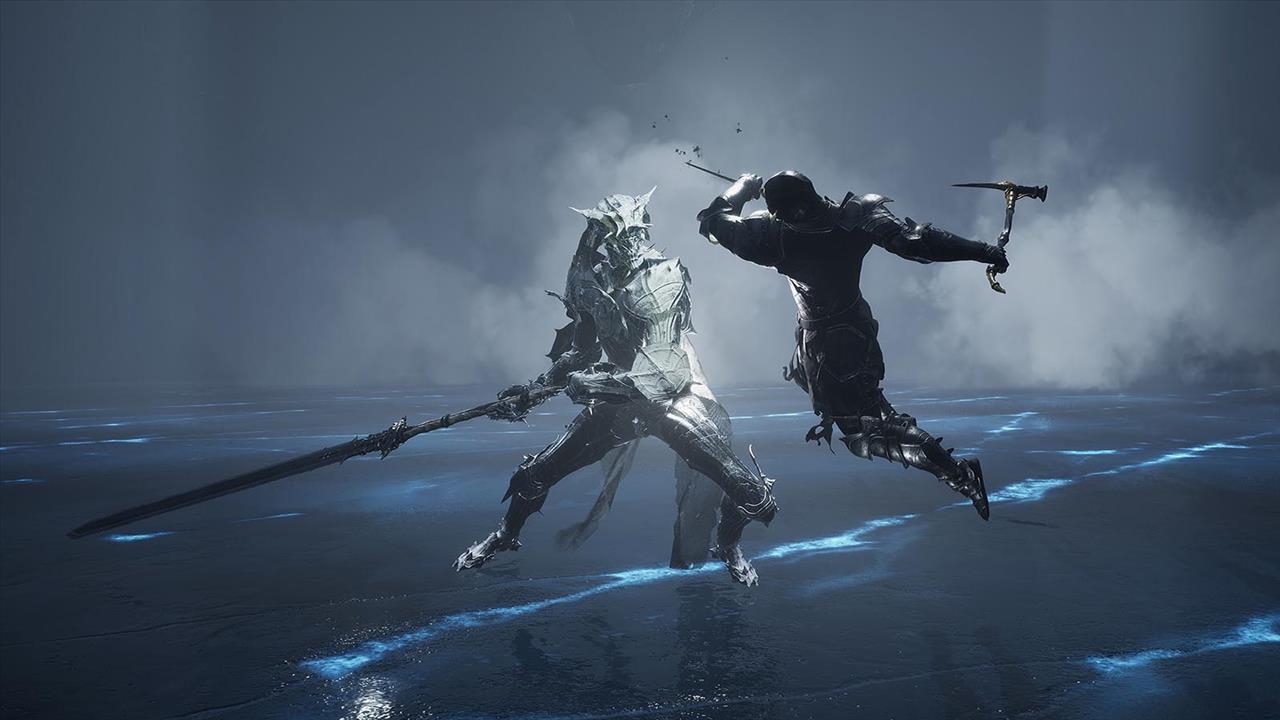 To aid you in combat, Mortal Shell features a unique character ability: Harden. And it will become your best friend. As the name suggests, hardening encases your player in stone, preventing you from taking damage (at least from most enemies). It’s also dynamic in the sense that you can trigger it before or after attacks. This ability has to recharge for a few seconds, so plan your attacks and defenses accordingly.

If you’re unfamiliar with Souls-like games, shelf your cavalier attitude or else you’ll struggle to appreciate Mortal Shell’s combat strategy. Retreating is not only a viable option, it’s often the best course of action until you’re better equipped and upgraded. Challenging multiple opponents at once can end your day in a heartbeat. Instead, you have to slowly pick apart the puzzle laid out before you. In all likelihood, you’ll find yourself luring enemies away from the pack one by one to make fights more manageable. 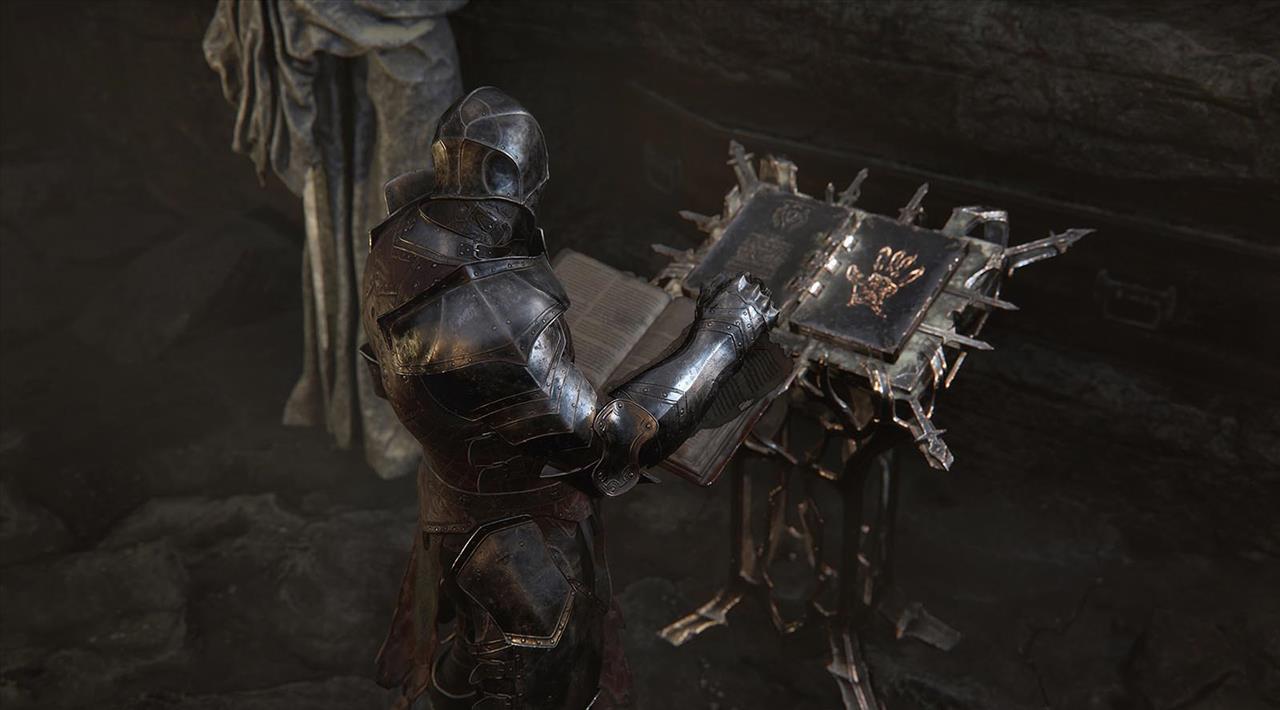 Mortal Shell’s shell concept adds another wrinkle to combat strategy. If and when you first die, your fleshy soul will be ripped from your shell, granting you a second chance at life. If you can reach your empty shell before taking another blow—which will kill you—you can enter the shell again with restored health. Upon your second death, however, you’ll resurrect at your last Sester.

The fragility of life in Mortal Shell accentuates the importance of playing to your strengths. Fortunately, you have four shells to choose from: Tiel, the Acolyte; Eredrim, the Venerable; Harros, the Vassal; and Solomon, the Scholar. Unfortunately, you have to locate and inhabit each one to unlock it. In terms of stats, each shell is rated on a scale of one to ten across three categories: Durability, Stamina, and Resolve. Durability measures your total health; Stamina represents your ability to sprint, dodge, and attack; and Resolve is used for unique weapon abilities. Each shell has a distinct playstyle and advantage. For instance, Harros, the first shell we came across, is a balanced warrior and good for testing the waters. He’s the definition of average with all fives across the stats board. 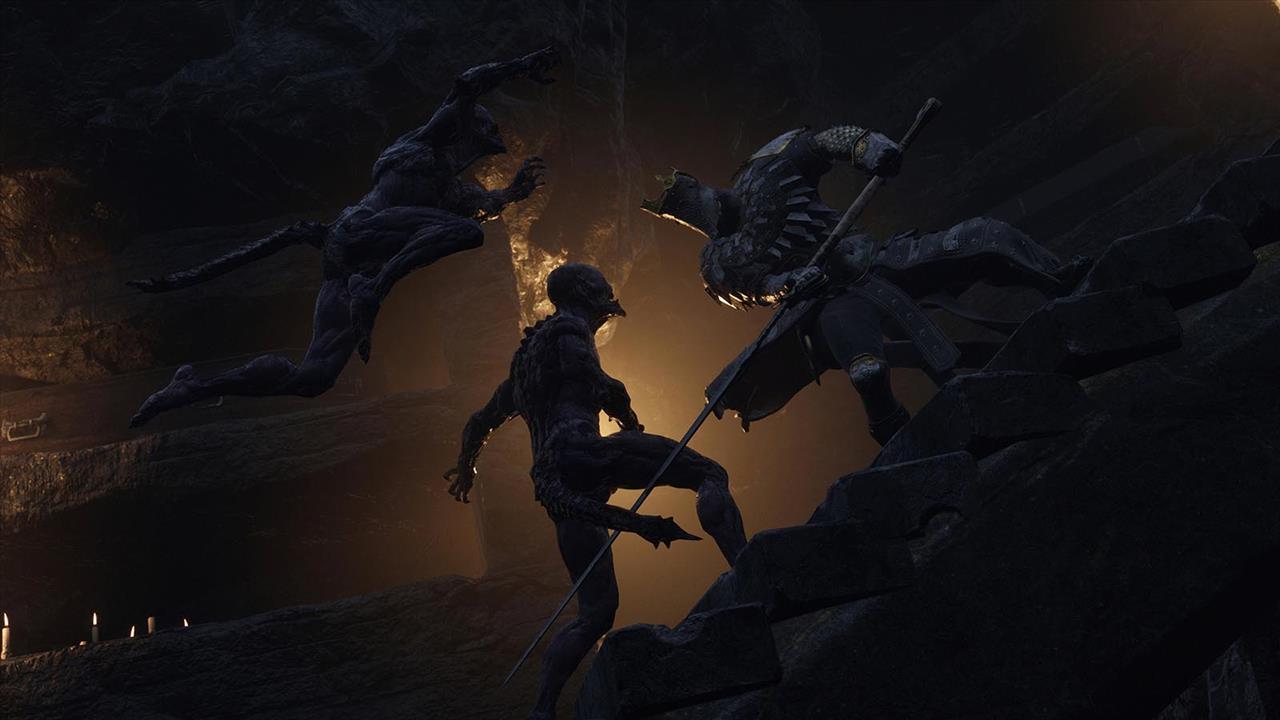 You also have four weapons at your disposal: Hallowed Sword, Hammer and Chisel, Martyr’s Blade, and Smoldering Mace. Similar to shells, each weapon has a unique combat feel, so it’s worth exploring each one. There’s also a ranged weapon, the Ballistazooka, that can deal punishing damage from afar. But unlocking this item requires purchasing Tools for 8,000 Tar, which is quite a lot of Tar.

I spent most of my time in Eredrim’s shell wielding the Hammer and Chisel. With maxed-out durability and damage-stacking abilities, he’s an absolute tank. But with every advantage, there’s a disadvantage. Eredrim has the lowest stamina, so he tires quickly. He can take a hit, but he can’t dish out many in short bursts.

I developed a love-hate relationship with Mortal Shell. Initially, I was skeptical. But, once I grew to appreciate the challenging gameplay, I couldn’t resist playing. I love a good challenge, and Mortal Shell presents one. There are no handouts. Progress is earned. I’d spend hours strategically clearing locations. However, one can only fall through so many unseen holes in Dim Gate before sowing seeds of hate. And it was my frustration that led me to discover how simple it is to bob and weave through spatterings of foes. There’s something disappointing about spending hours failing over and over again only to realize you could easily bypass most enemies. Then again, maybe it’s a necessary or purposeful loophole to maintain sanity.

Mortal Shell embraces the Souls-like moniker with open arms. They welcomed comparisons, and, for the most part, delivered. What's more impressive is that a team of only 15 people created it. Mortal Shell will make you to rethink your ideas around patience and frustration. You will love this game for all the same reasons that you hate it.