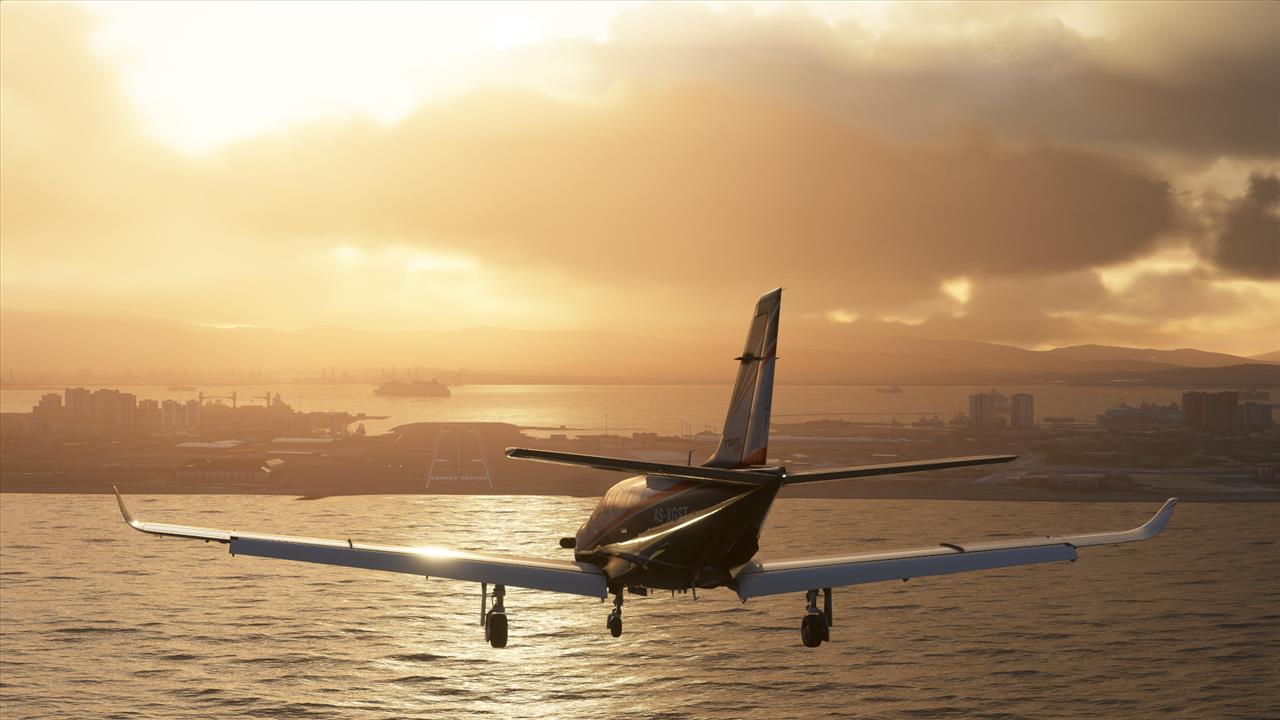 Written by Sean Cahill on 9/15/2020 for PC
More On: Microsoft Flight Simulator

It doesn't matter if it's a simple flight sim where I'm flying from O'Hare to Kennedy or if I'm deep in space making faster-than-light jumps from star system to star system. I want to play every single one and fall in love with flying. Microsoft has been bringing Flight Simulator to PC gamers since 1982. While the very first version was definitely for flying in big cities, the series has evolved to having more landmarks to see and more world to cover. It's now 2020 and we've reached the pinnacle of the series, simply dubbed Microsoft Flight Simulator.

Normally, this is the part of the review where I break down the plot of a game, telling you about the characters involved and what your goals are, at least in the early stages. We don't have that here, because the star of the game is you. You're the only character that matters as you pilot aircraft however you want throughout the world. And I cannot stress the world part enough: The entire globe is yours to explore. 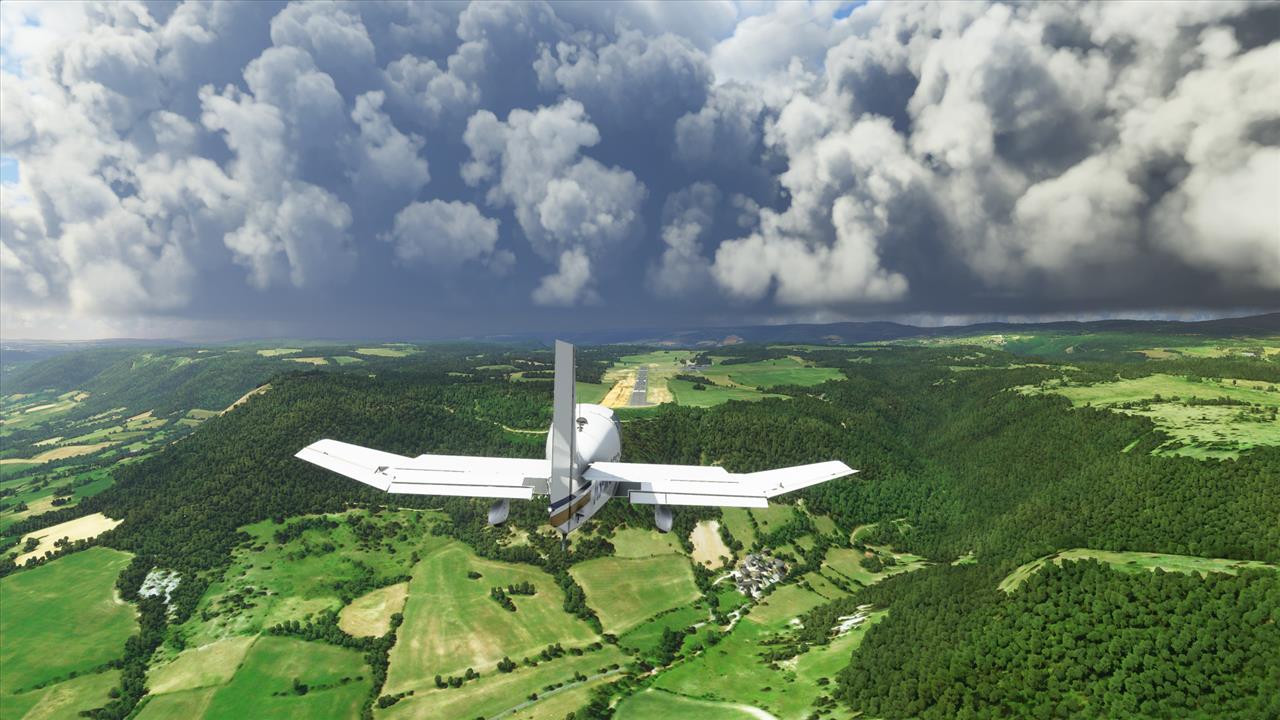 Throughout my month of playing this game, I have experience it in a few different ways. When I started the review, I was playing the game on my standard gaming monitor: Acer's Z35 Predator Ultrawide, which is a 21:9 aspect ratio. Late in the review, I upgraded my system to include a Viotek 49" 32:9 ultrawide and it blew my mind. Both allowed me to see more of the cockpit when manning my aircraft. Having the premium version of the game at my fingertips, everything from a simple biplane to the 787 was available for selection, 30 planes in total. The deluxe version has 25, while the standard version has 20. The games in the other packs are available via DLC or you can simply upgrade your version of the game to get them all. Truth be told, I basically stuck with four aircraft throughout my open-world gaming: The Cirrus SR22, Cessna's Citation Longitude, Extra's 330LT Stunt Plane, and Boeing's 787-10 Dreamliner. This gave me a nice mixture of aircraft from prop planes up to intercontinental capable jets.

It's truly a gorgeous world we live in

I'm sure I'm no different than anyone out there when they first fired up this game: I wanted to see my home city. I took off from Columbus John Glenn International Airport in the evening and cruised around the downtown area. My flight stick of choice to start this was the Thrustmaster Warthog A-10. If you can get it, this is the only HOTAS that you need for basically any flight sim. I did try out the Logitech x52 later on, and it is a big change because of how loose the x52 joystick is. Some fine-tuning was needed but it ultimately worked just fine. 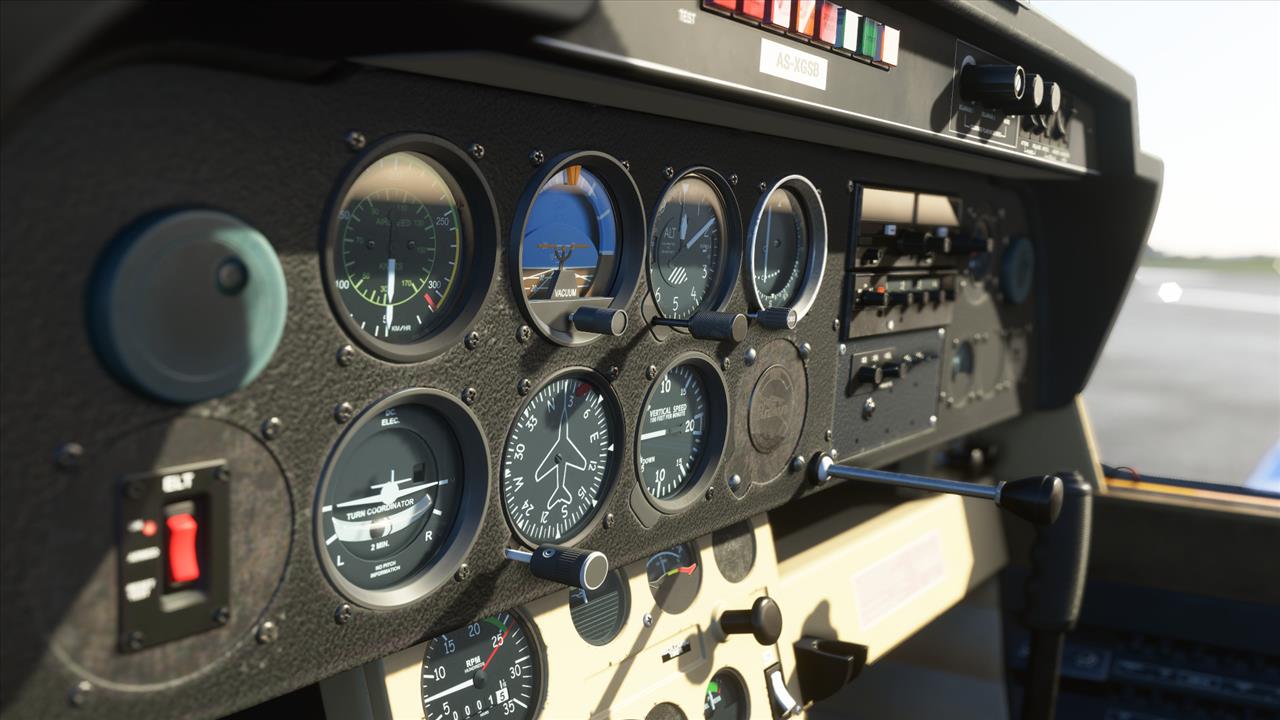 It took some time to learn how to control the aircraft with the various switches and buttons I had access to. It was also nerve-wracking to hear various alerts for overspeed, crash warnings and stalls. The smaller craft were definitely easier to control, but to truly enjoy this game, the tutorials will give you everything you need to at least get the plane in the air, fine-tune it, and land safely. I learned how to control the trim of an aircraft once I reached cruising speed. I learned when to engage the flaps on a landing approach. There's so much to take in, and yet after a few hours of playing, it felt natural.

The game's customization is where it shines. Yes, the ideal way to try this game out is to use the live weather data and pop into various cities around the world. Everything will be accurate, right down to the position of stars in the sky at night or where the sun is at in the day. There's actual road traffic on the streets as you fly overhead and life flight data means you may encounter planes that are flying their normal paths as they occur in real life. 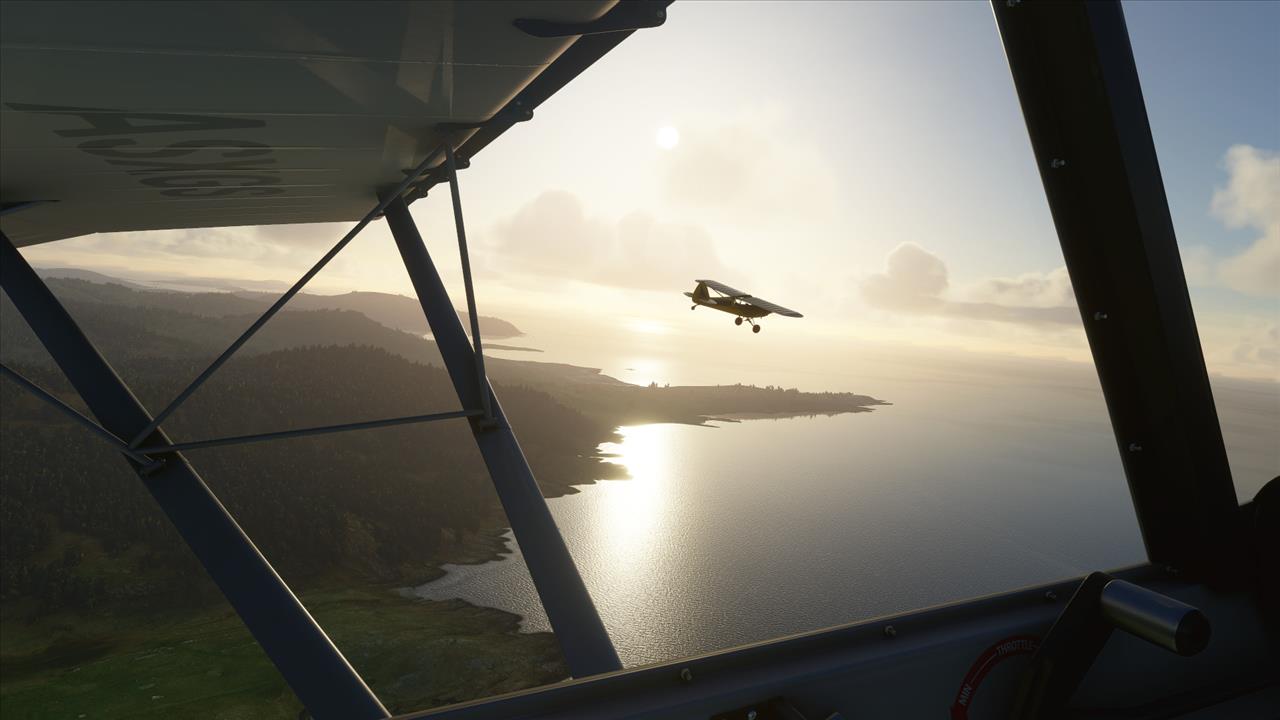 However, this game shines by being able to create the smoothest or rockiest possible flight, however you want. It's more than just turning on rain, thunderstorms or snow. Players can go into the weather and time settings and set how much rain or snow is falling while adding wind layers at various elevations. If a player wants to create a category 5 hurricane, you can pull it off by adding enough wind layers. Of course, doing too much of it can create a situation where it's simply not possible to fly and your plane will show you how to do barrel rolls and cartwheels without moving the flight stick.

I was blown away at the level of detail this game provided, all the way down to the windshield icing up when passing through heavy cloud cover. In the higher difficulties, failure to address this problem results in a nose dive. In the standard difficulties, it's for effect but it's going to mess with you when you can't see a single thing while climbing through 25,000 feet. This is while trying not to be distracted by how accurate every cockpit is, right down to the small compasses that are in the roof on some of these planes. 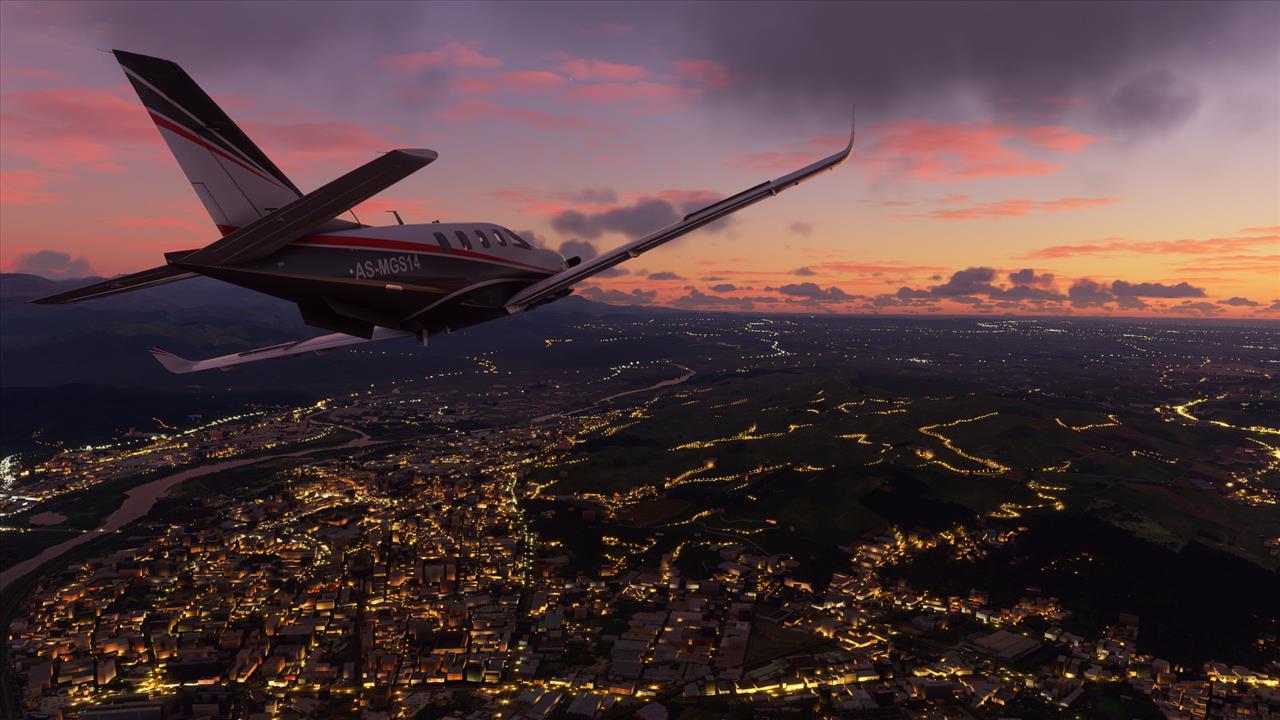 The open world exploration is fun, but challenges await those who want to test themselves against the entire world. There are some basic challenges for landing that will help players understand when to slow down, engage flaps, and where to aim on certain runways. These challenges get progressively harder, whether it's by current conditions or the area just being downright suicidal to be landing at, such as Courchevel Airport in the French Alps or the infamous Juancho E. Yrausquin airport on the island of Saba. Trying these various challenges told me two things: I'm not nearly as good at standard flight sims as I thought I was, and I have no interest in ever becoming a full-time pilot. My streaming sessions were filled with various expletives and mutterings while trying not to crash into the oceans or mountains that these challenges brought. However, I enjoyed every bit of it, as frustrating as they were.

The game does have one serious flaw, and a few small ones

I've spent most of this review praising the heck out of this game, and it deserves it! However, it has a few flaws. First and foremost, the load times are absolutely atrocious. Couple this with the uninspired theme music that sounds like it's just a few measures long and repeats ad infinitum...and you may want to drive your head through your monitor at some point. There's no way to change it and it's not going to leave you until you get into the game. My recommendation is to play this game with headphones and then take them off until you get into the game, or just have a quick mute button on your keyboard. Trust me: Your sanity will thank you. 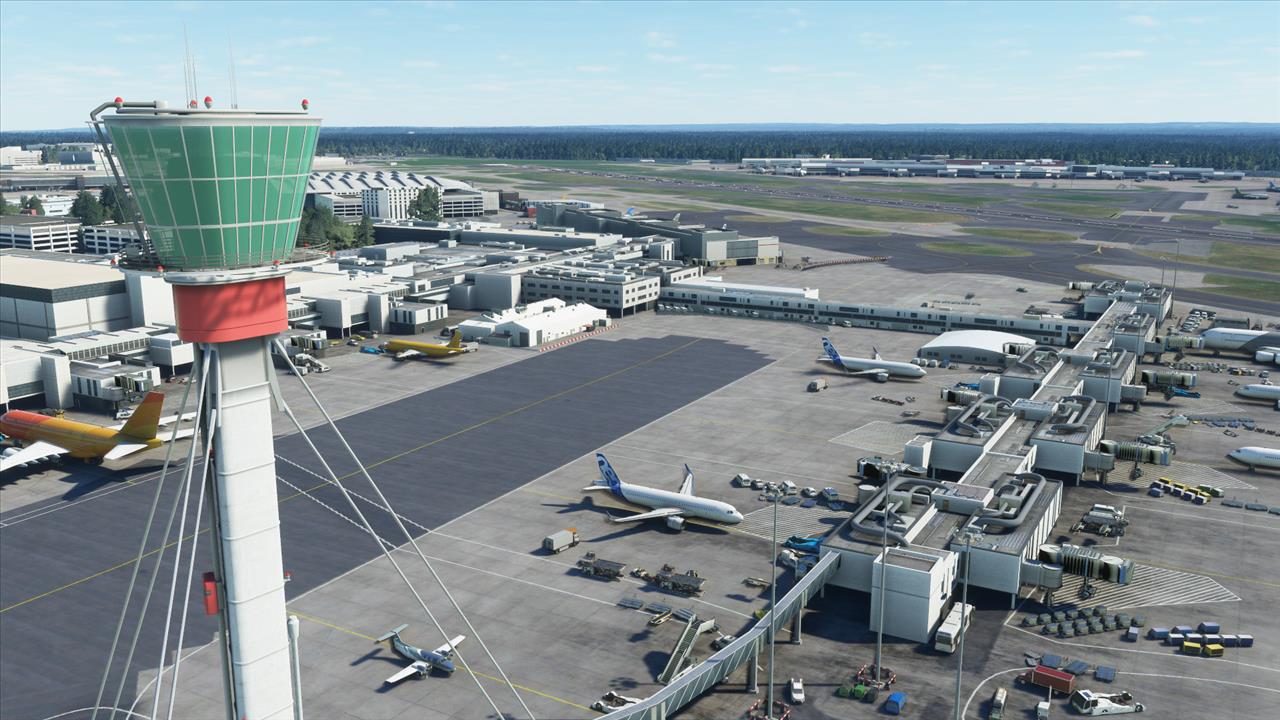 This game also requires a pretty beefy system to run at higher graphics. My system could only handle the "High" setting comfortably. A switch to Ultra mode and, after a couple of minutes, my system was begging for mercy. However, a strange thing that was discovered by the Gaming Nexus staff while we played was that the game seemed to top out at just 40% usage of graphics cards. We tested it on a few different systems with various levels of 1000 and 2000 series NVIDIA cards and basically got the same result. It's curious, but the game still chugs even with that minor blip.

The biggest flaw this game has is glaring to me, though. While Flight Simulator is truly a fantastic game and one that I could get lost in for hours at a time, it's just that: A simulator. It's a game that is geared toward hardcore players who want to do long flights and challenges. Those looking for a more casual experience aren't going to stick around too long. Yes, it's amazing to see all of these cities and check out the various skyscrapers, wonders of the world, etc. A player could knock that off in just a couple of weeks. After that, unless they get hooked and want to truly learn how to fly without paying a bunch of money, they're not going to play it again. I don't think this is any big secret because the game has always had a cult-like following while the rest of the world dabbles and then uninstalls it. Thankfully, Microsoft has included the standard version of this game on Xbox Game Pass, so if you're the casual player just wanting to test it out? Install it via the Xbox PC App and try it out! The Xbox controller honestly works well for the game, though you'll have to learn a lot of keyboard commands, which the game does help with. 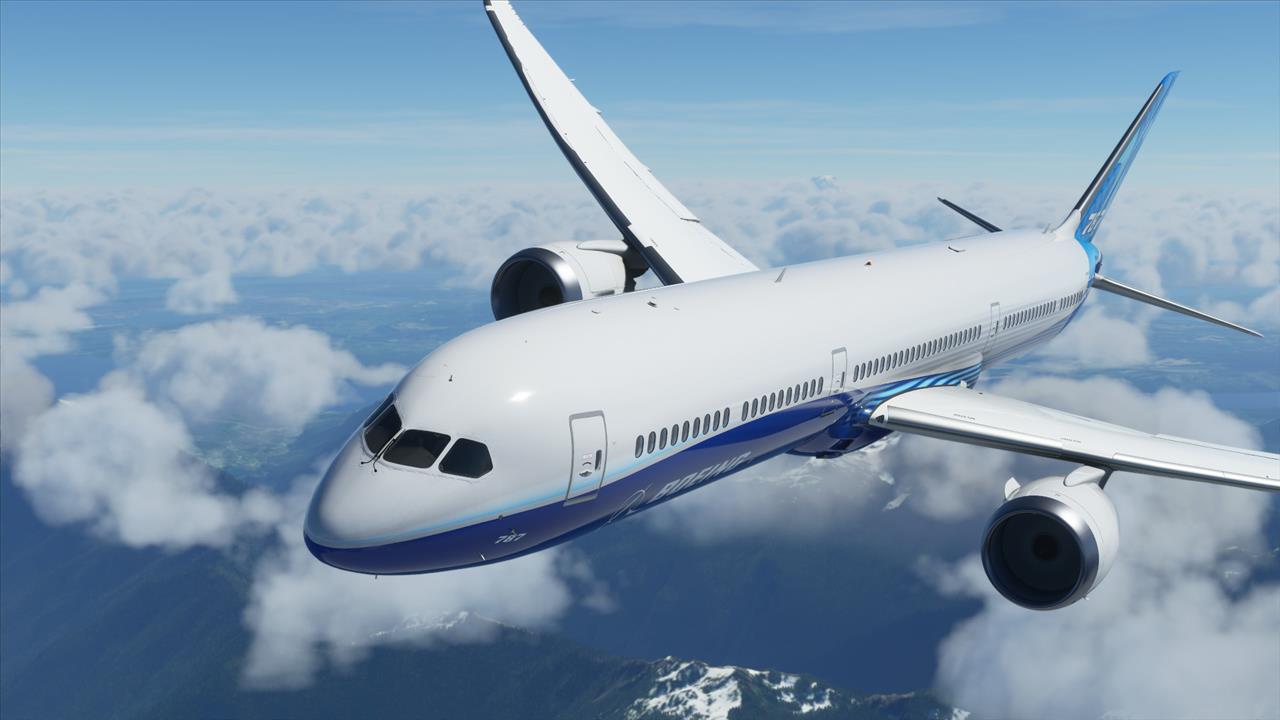 I loved this experience, and that's really what it is: An experience. It feels like I'm cheapening Flight Simulator by calling it a game. It's more than that. It's a program that allows you to experience the world. I flew to places I will never see with my own eyes unless I hit the lottery. Having a good HOTAS setup, system and quality gaming monitors will take the experience to the next level. Even if you're just the casual flyer, you'll want to at least try a demo of this game. You may just get hooked on it and want to learn as much as possible about the most accurate simulator I've ever played.

That, in itself, is worth the price of admission.

A beautiful experience. Even with the long load times and, overall, feeling that this game is catered to hardcore players, there's no getting around just how gorgeous and fun it truly is.