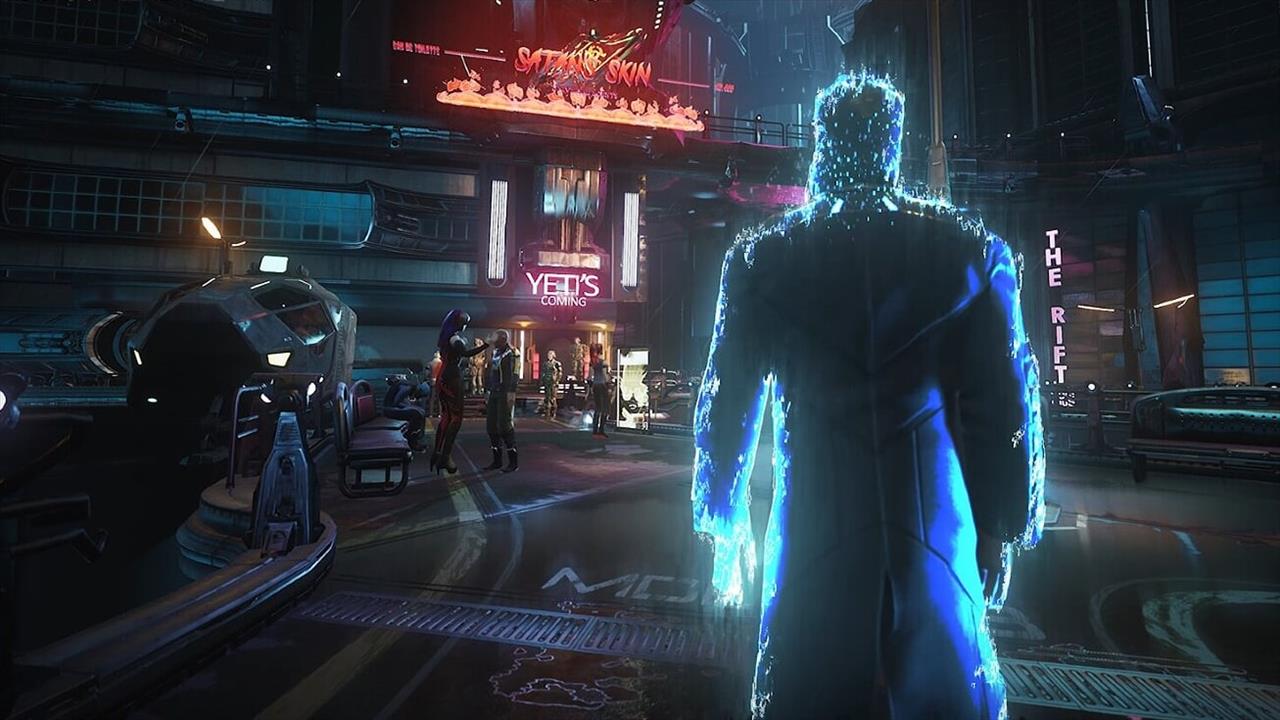 [Gamedec is in pre-alpha, so a lot can change from now until any official launch. This is simply a snapshot of the game as it exists now in a preview state.]

Yes, now that you mention it, “Gamedec” does sound more like a mouse-and-keyboard hardware peripheral than a cyberpunk detective role-playing game. Gamedec stands for game detective. And if it sounds a bit meta to be investigating video games while playing a video game, I’d agree. But that’s the entire premise of Gamedec.

We looked at a full-bodied preview, but still just a pie slice of the game, taking us end to end on one full mission, complete with side missions and subplots. The preview tapped into the game’s glossary (cool info but needs quality-of-life improvements), played a lot with the dialogue wheel (likewise, needs work), and nervously left my game running while I was away doing chores, making dinner, or running errands (since the save game system is insufficient by any standard).

Starting off in the Mid City, Gamedec puts you in the isometric-view gumshoes of a non-combative private investigator. Already you’re in some rarely trod role-playing game mechanics here. What, no strength, dexterity, constitution? No weapons, armor, or cyberpunk implants? Nope, there’s nothing here that requires a dice roll. Your dialogue choices can open up or shut down different investigative branches, but that’s not always intentional, from what I’ve deduced.

This Mid City apartment puts you smack dab in the middle of the longitude between Lower City and Upper City, naturally. A place where you can still go a long ways up or a long ways down. It’s a nice and easy metaphor for a stratified class war, where the residential and commercial towers are a totem pole for your place in society. 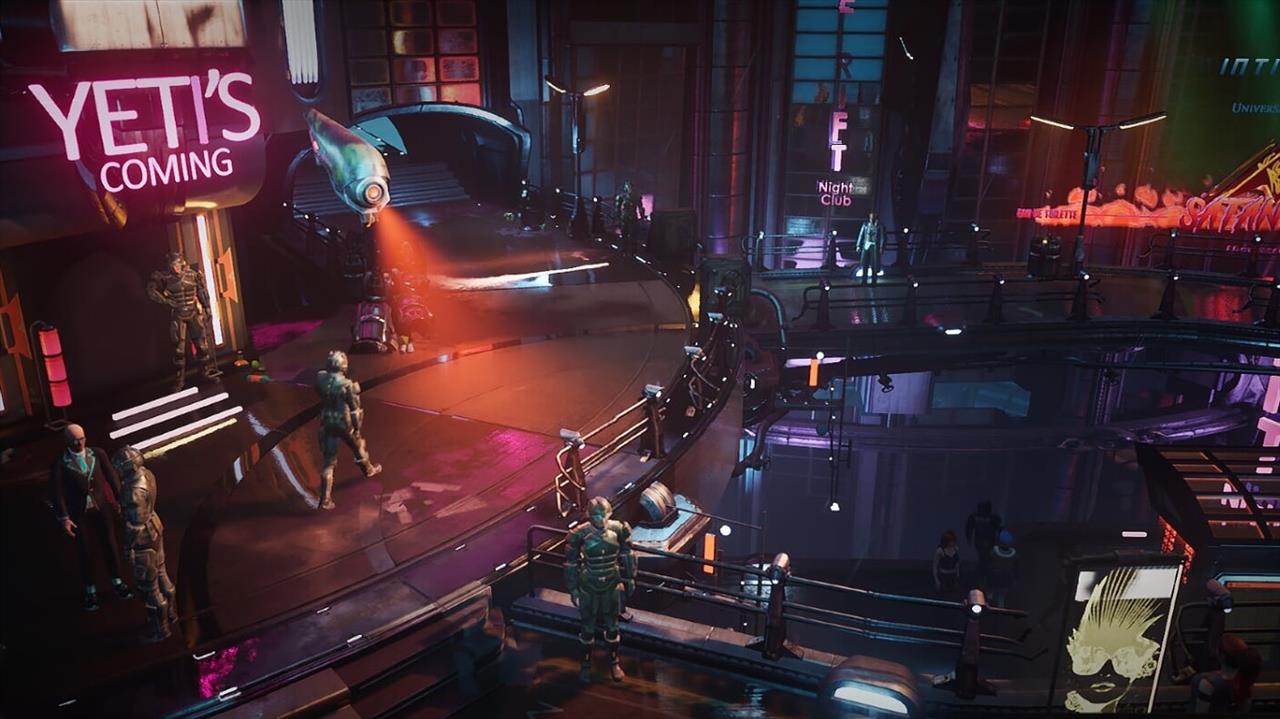 A drone hovers outside my apartment window, splashing an advertisement across my windowed view. Depending on which character class you chose, you may or may not have the skills to essentially throw an adblocker up on your apartment window. What a cesspool of a 24-hour news and advertisement cycle we’re building towards. The future sounds bad.

So there I was, getting acquainted with the slim pickings on the dialogue wheel, when I found myself eating up the noir detective tropes one by one. The act of contemplating by the window. Having a servobot that Roombas coffee, tea, whiskey, and vodka over to me. 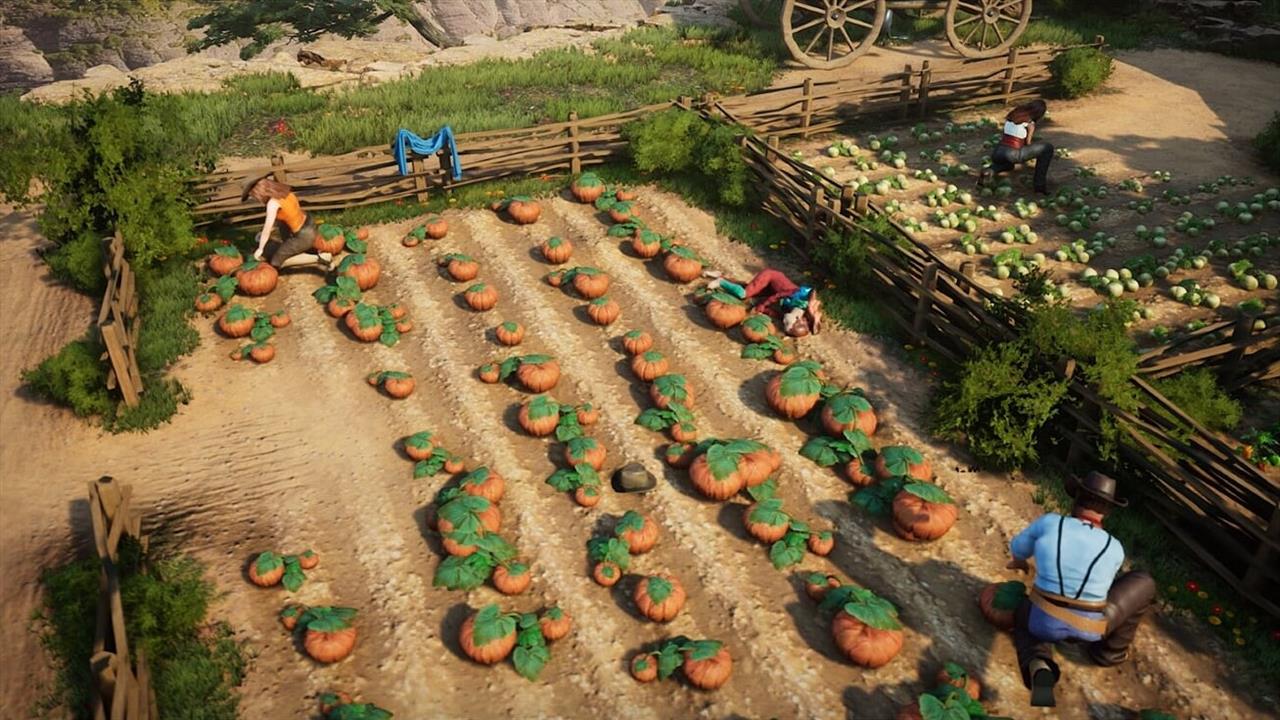 And then looking for my next job—when one pretty much lands in my lap anyways. I mean, it’s not like reading Dashiell Hammett, but I’m barely getting started. I’m sure the parboiled detective fiction will get hard boiled in no time.

The dialogue tree requires a lot of massaging. Sometimes you have to hit a Continue button when it doesn’t make sense to, or end a conversation with an End button that feels redundant, or you’ll get kicked out of a conversation prematurely and have to backtrack to where you were. Sometimes you talk about an action for your character to take and then he sort of just doesn’t do it. Dialogue trees are hard, y’all. 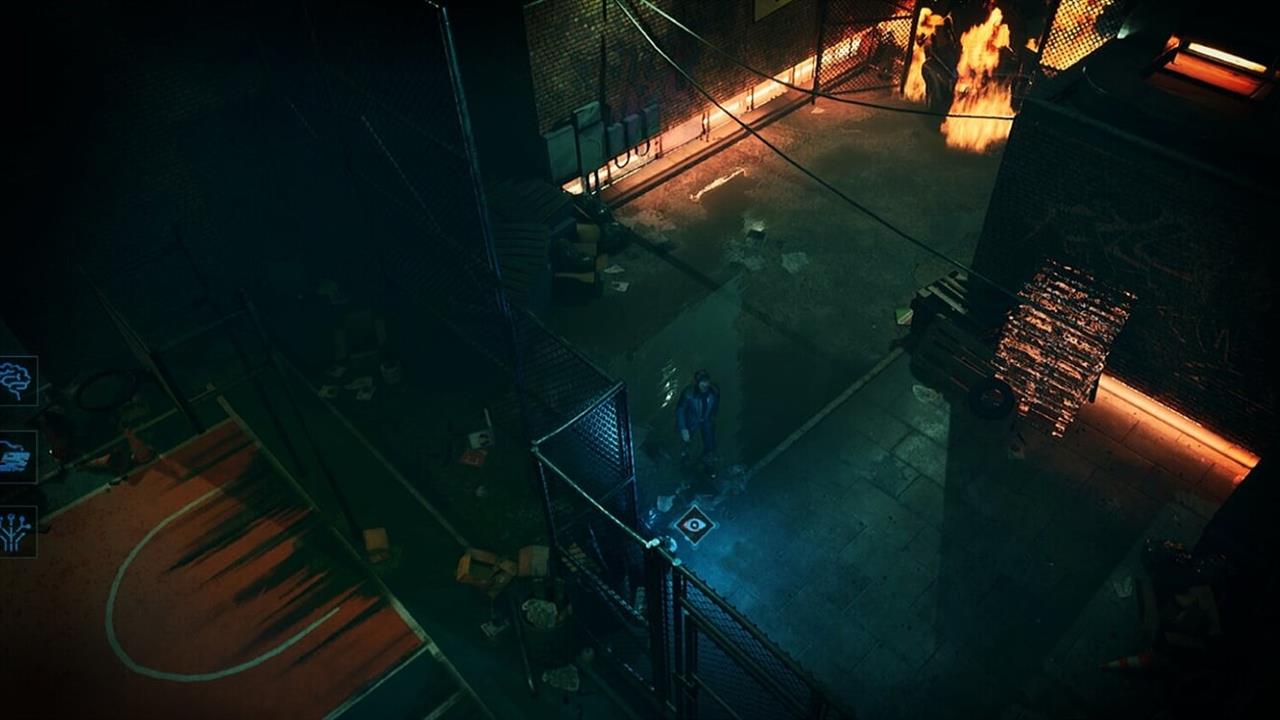 I’ve only ever read the first few chapters of Ready Player One, and if I ever saw the movie I literally can’t remember much of it. So I can’t speculate too deeply on this, but Gamedec has a definite Ready Player One vibe to it. The whole thing about people living full, rich lives in a virtual reality, and dead, pointless lives in real reality.

In fact, the reason your game detective gets jobs at all is because real crimes can be committed in virtual spaces. Interestingly, if someone kills you in virtual reality it isn’t a crime. You just come back to life a la video games. But less manslaughter-y crimes, cyber crimes, I suppose, can be tried and prosecuted. Seems the biggest problem in virtual reality is just trolls, though. Art imitates life in Gamedec. 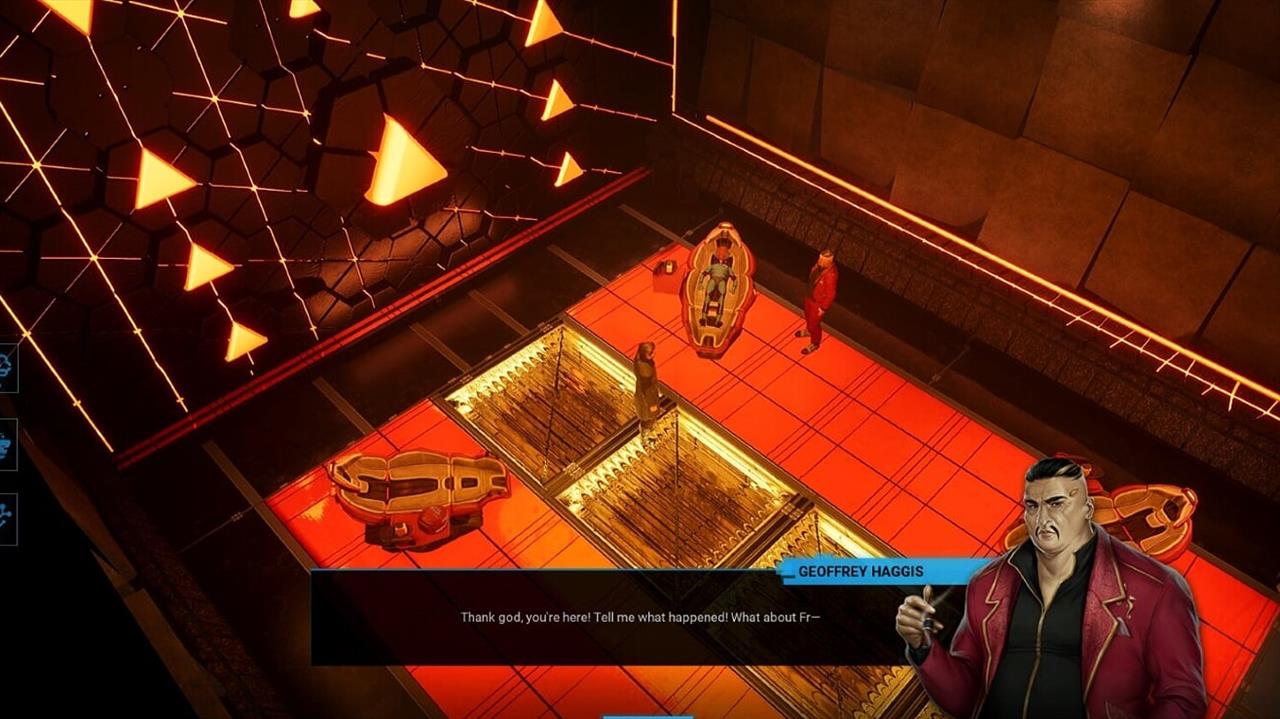 The Codex that attempts to keep everything together is inert, which is a problem. You don’t have any kind of detective’s journal where you’re penciling out suspects and motives, let alone sketching out crime scenes or useful notes. You have none of that. So it’s a problem when it’s hard just to tell, on a technical level, whether you’ve previously read this entry or that, whether something was added to this person’s profile or not. Like everything else in Gamedec, it needs work.

Interestingly, in the dialogue wheel, which gives you only one or two-word descriptions of the dialogue branch you’re about to go down, your choices are sometimes curiously vague. One guy pretty much reeled me into an episode of Cheaters, trying to figure out if his wife was cheating on him. 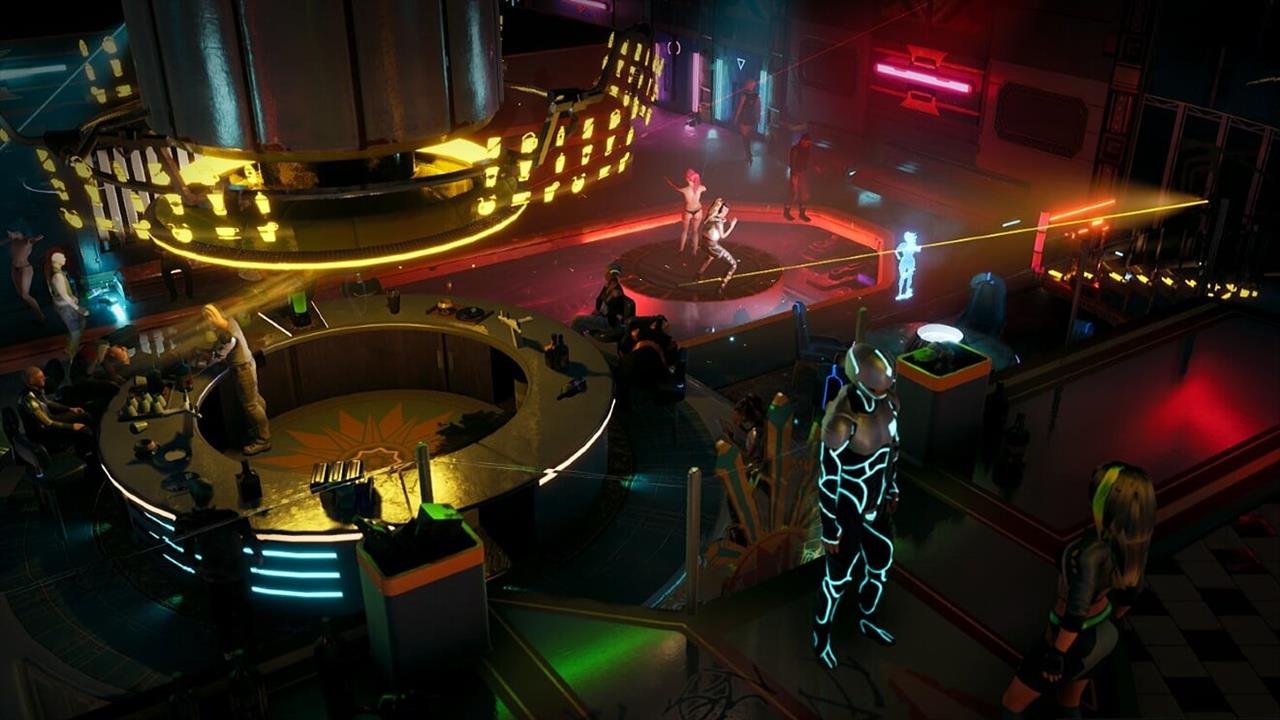 My dialogue choices at one point became: Handle, Skin, Enough, My Rate, and Preferences. I mean, I think I know what those things might mean, but there’s only the thinnest skin of context so far, so I’m just punching away at these choices without having a clue as to where they’re headed. Sometimes there are small experimentations with language that work out well enough. Like when a dialogue choice just says “Nick,” which doesn’t stand for anyone’s name, but means “nickname.” A lot of mid-century authors enjoyed a little linguistic experimentation from time to time, and this isn’t the worst example of that sort of thing.

But again, the dialogue wheel struggles to get you from point A to point B. That’s rough in a game where 90 percent of your interactions with people and objects are handled through that dialogue wheel.

Most of the dialogue wheel works okay. But sometimes, like in the example above, it really trips over its own feet more than it needs to. 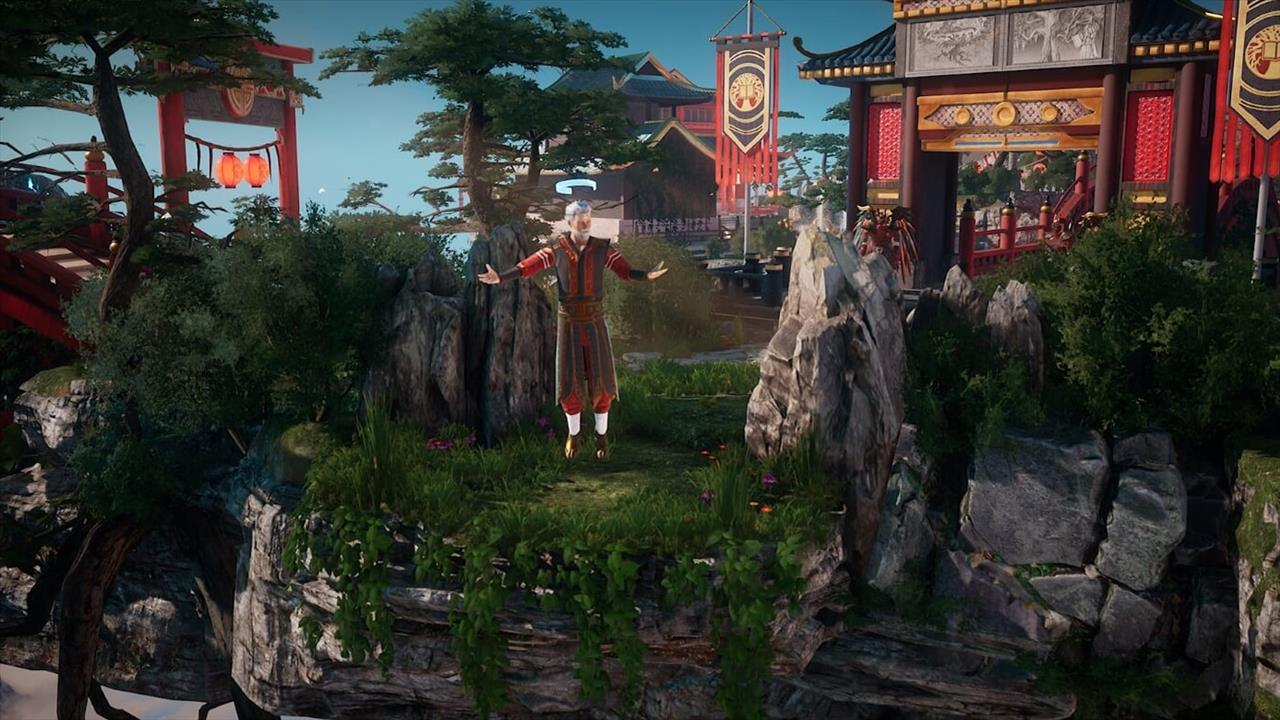 The artistry is very good, though. The environments are as chaotic as they are thoughtful, always attentive to making an isometric RPG camera view be eye-catching. Steam roiling up from manhole covers and drains. Road barriers protecting street corners or spotlights casting deep shadows across alleyway piles of trash. Gold-framed portraits in vaulted-ceiling hallways and lobbies. 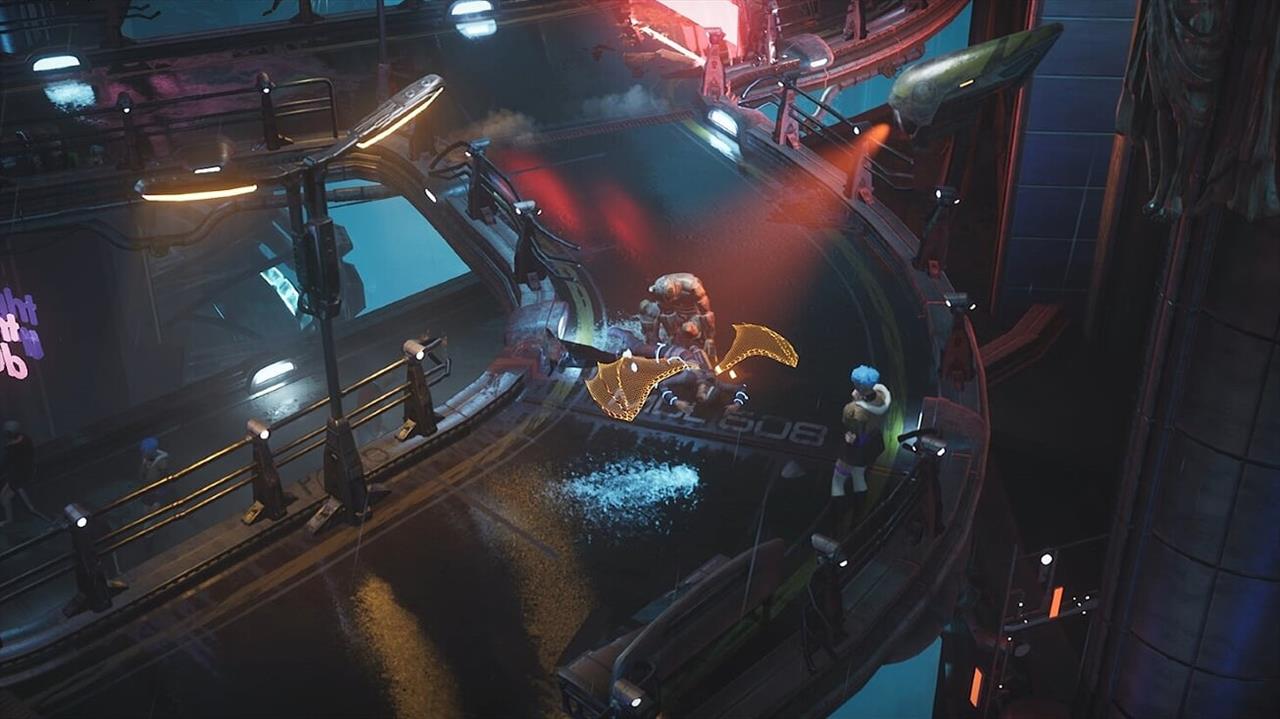 The manifestation of very computer-programmer-centric problems is neat. Glitches that are described like they’re an exploding glass skyscraper. Or a developer stack that appears as a food rack behind a restaurant. Well, it was behind some kind of sex club. But hey, some people swear by the hot wings they get at a strip bar in some towns, so who knows?

Aside from the clunky dialogue trees, the save system is a small nightmare, at least in this preview. I probably lost a good hour’s worth of gameplay since the autosave points are too few and far between. And there’s no manual save. It’s painful. I hope it’s only some strange anomaly of the preview. 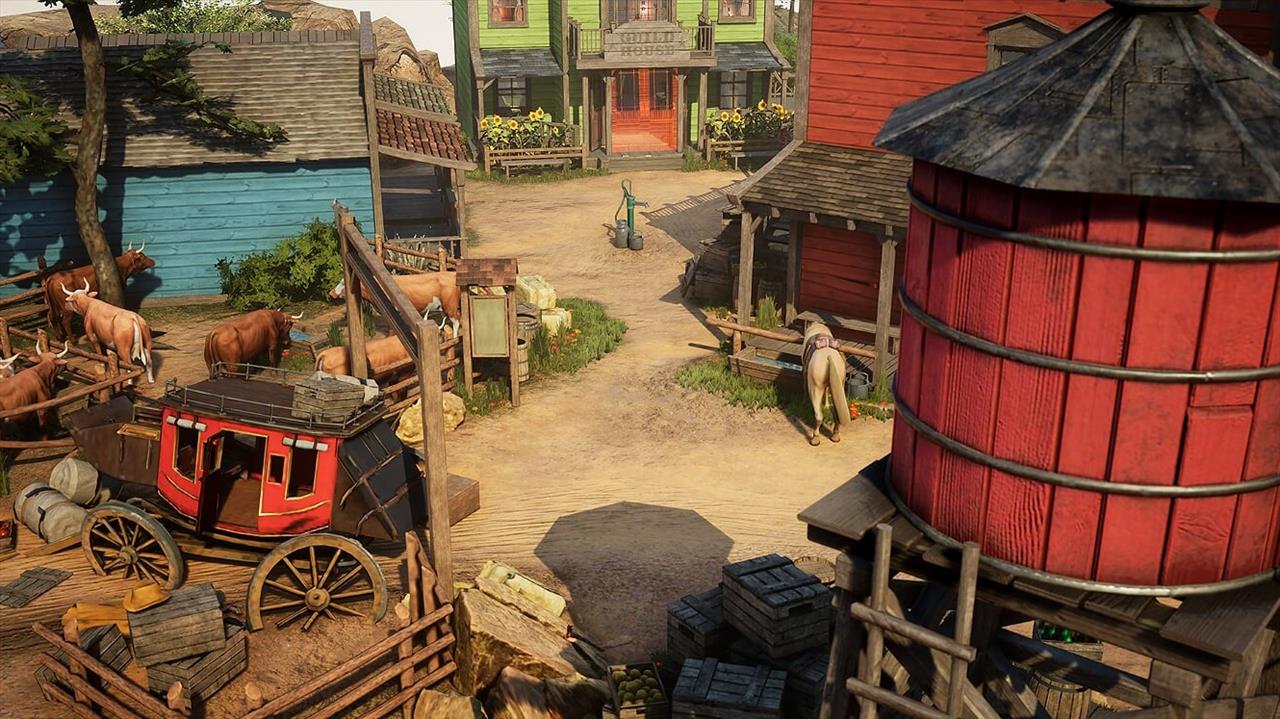 Also, I see some rando shoot a fan in the face, the shooter calls him a troll, then I stroll up and say he’ll be useful as an investigative partner. Which I suppose is true in one sense, since I don’t have a gun, but it didn’t feel like a gun was what I was missing. I told him I needed a little alone time at one point, but there was nothing I could do to get him to walk around with me again after that. He’d show up in different conversations, but wasn’t physically present. Another weird thing that requires polishing here in alpha.

There’s a visually branching set of “deductions” you can make during your investigation. It traces the path you’re on if you’re, say, on a missing persons case. I’m not entirely sure if this opened doors in my investigation, or if it closed off others. Unclear. 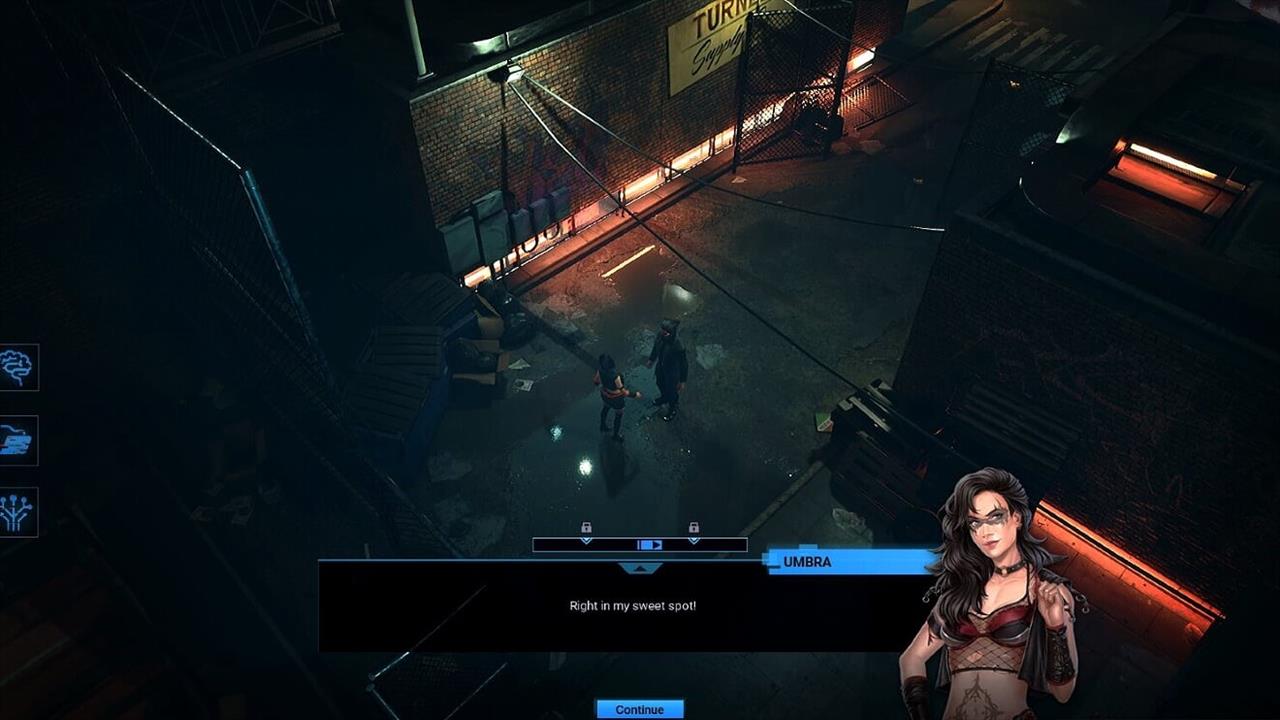 Sometimes I’m baffled as to what my instructions are telling me to do. I could be in a graffiti-strewn back alley with a system admin looking over my shoulder, and my Objectives window says, “Run the exploit on the old aggregate,” which is just enough computer-speak to leave me scratching my head. At other times the observations are wildly poetic. “The bloody dagger matches the dirty ground. It looks like a scarlet incrustation.” I mean, take it easy there, Walt Whitman.

Look, there’s an interesting foundation here in Gamdec. But everything—everything—needs more time. This is an alpha. This is a preview. It was just a slice of gameplay. I’m keeping that in mind. But the eyebrow-raising conversations need to quit tripping over themselves in the dialogue wheel. The Blade Runner style has placeholder art and copy-pasting that is being worked on. I was so desperate for some music, any music, that I ran Spotify in the background. Also, there are several images above that I just didn't get to see in this preview. I will love watching Gamedec jump from cyberpunk to whatever Red Dead Redemption scenario they've got going on in those Wild West photos.

So, all of that is being worked on. Keep up the good work, Anshar Studios. Gamedec has a ways to go before it’s ready for prime time.