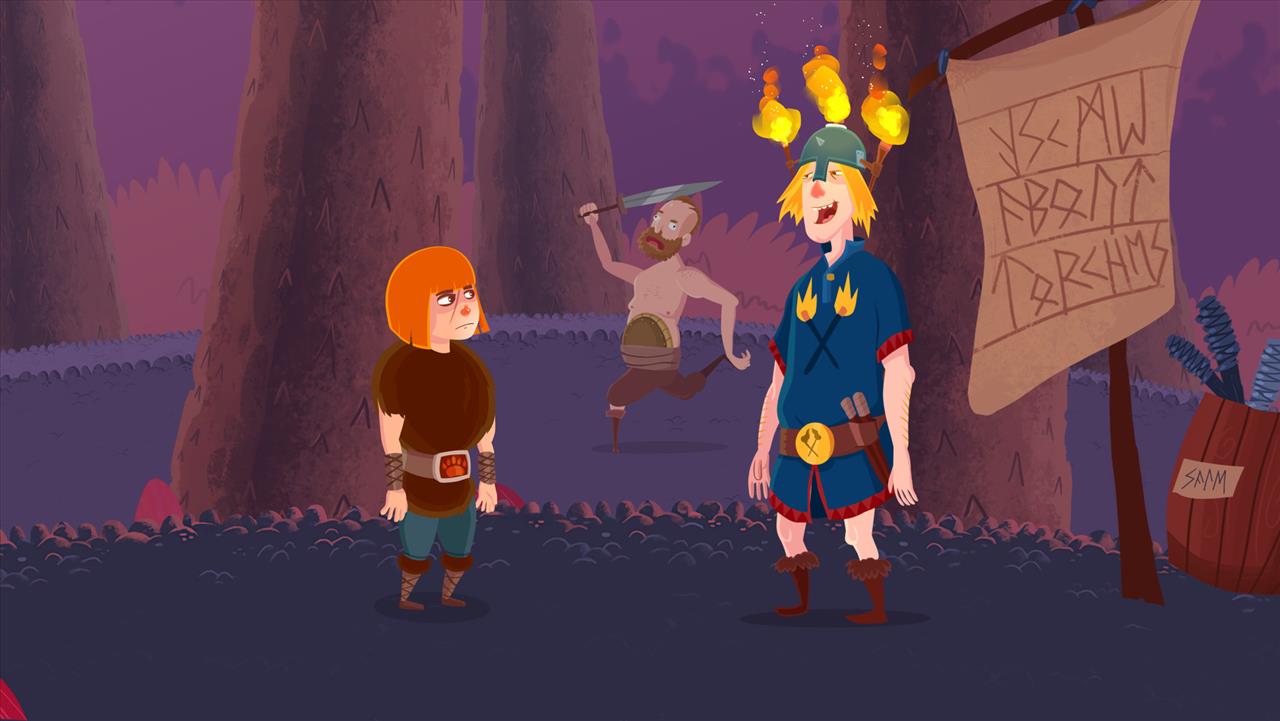 Poor Bjorn. A peaceful soul, Bjorn is the hapless hero of the new comedic side-scrolling adventure game Helheim Hassle. Bjorn is a pacifist born into a clan of warlike villagers that fall all over themselves to get killed in battle so they can spend eternity in Valhalla. Wanting no part of any of this, Bjorn retreats to the woods one fateful day, trying to avoid an attacking cyclops. While all of Bjorn’s family and friends rush excitedly to meet their doom, Bjorn quietly creeps the other way, ignoring the constant thrilled prompts to run headlong into death. 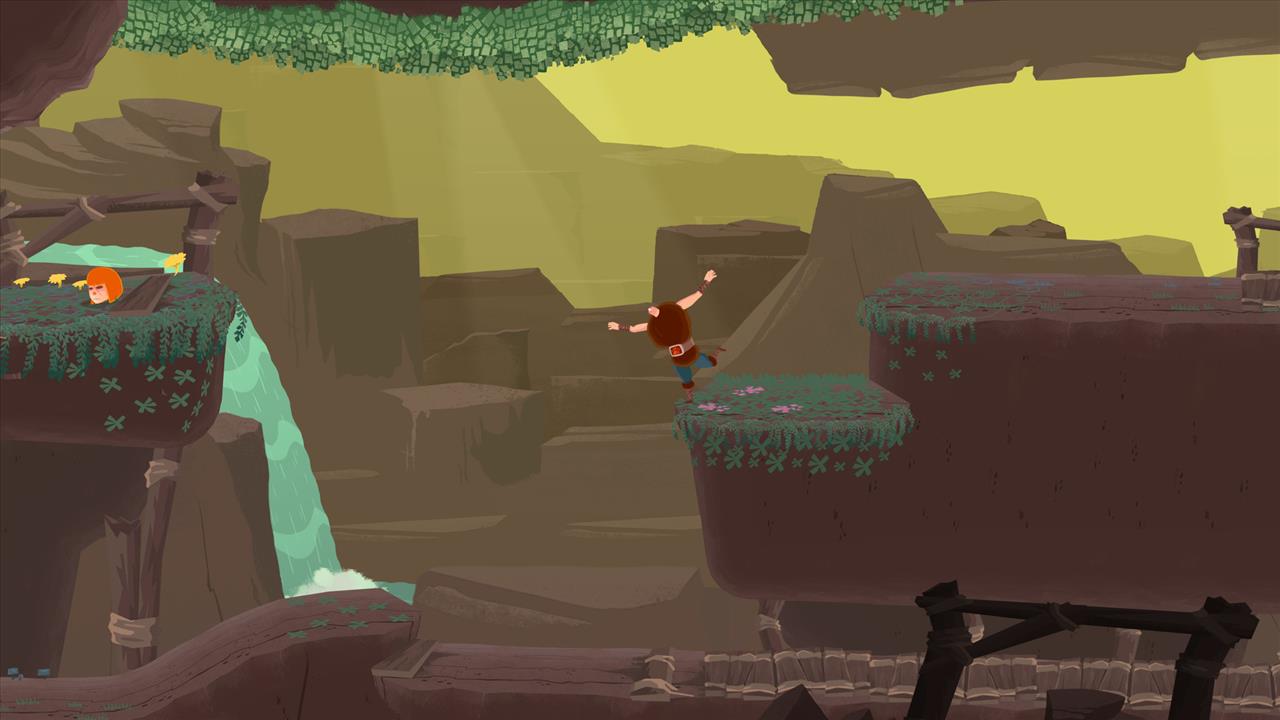 Unfortunately, death finds Bjorn anyhow, but not in a way players might expect. Bjorn accidentally dies a hero, and is relegated to Valhalla entirely against his will. In Valhalla, dead Vikings engage in feats of strength and glorious contests of battle for all eternity. This is a nightmarish torture for Bjorn, who seems like he would rather wander the woods quietly, picking berries or something. Bjorn would much prefer to go to Helheim, where “cowards, weaklings, and the lame” end up.

Luckily, Bjorn is brought back to life by chance by Pesto, an attitudinal skeleton thing with a wicked sense of humor. After reassembling his body, which was left in chunks when he was killed, Bjorn sets out on a journey with Pesto, who is conveniently going to Helheim on a mission for his boss. Pesto more or less demands that Bjorn participate, and Bjorn—being the nice guy that he is—wanders along without much protest. 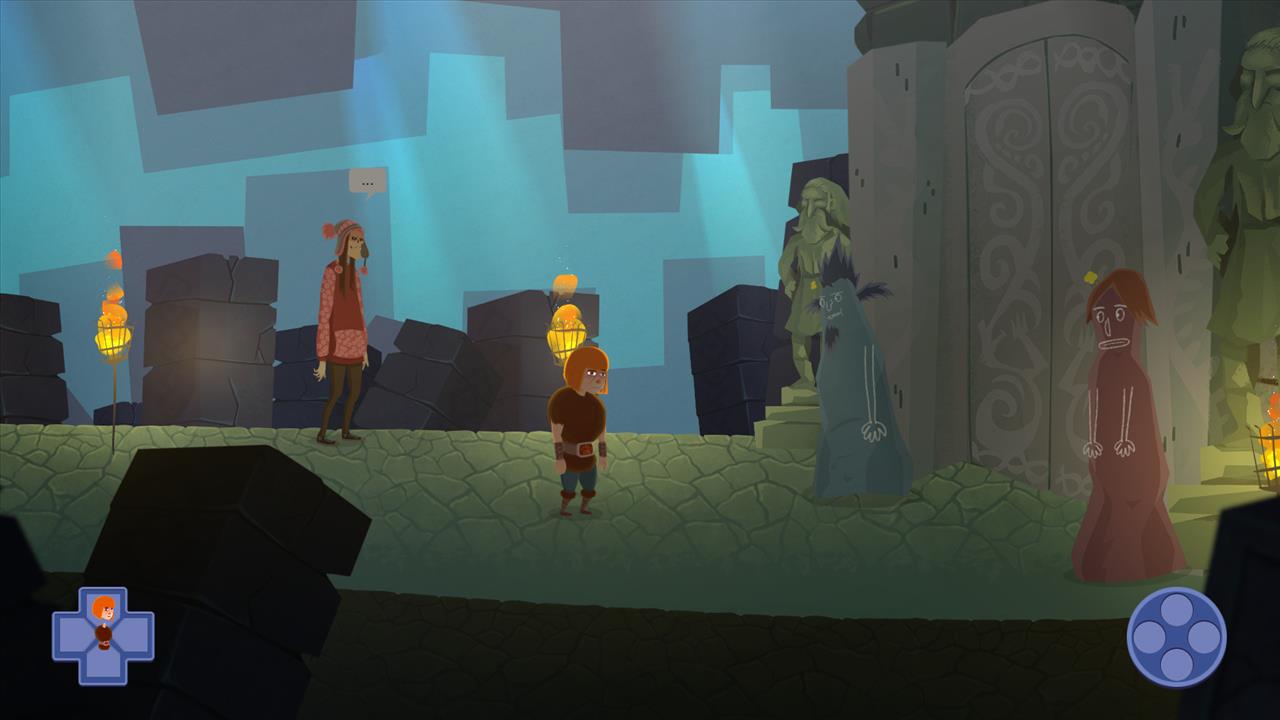 Bjorn quickly discovers that the repairs to his body were only temporary, as he can detach his head and limbs without any ill effect. Each part of his body can move around independently, controlled by the whole. This allows Bjorn to be in a lot of places at once, which turns out to be really handy. The road to Helheim, it seems, is paved with puzzles.

Bjorn carries the entire puzzle-solving load, while Pesto stands off to the side howling at him to hurry up. At first, Bjorn can only detach his head, which can roll into some pretty tight spots. But before long, all of Bjorn’s limbs can be detached from his body and reassembled into some nightmare combos. An arm can be attached to a head to carry it up a ladder, for example, then detach itself in order to hurl the head across the screen.

When Bjorn’s upper limbs are detached his torso can jump higher, allowing it to reach heights it couldn’t while whole. And of course, his head can still talk while detached, allowing him to chat up the characters he comes across while his body runs around elsewhere doing mischief. The crux of the puzzles involve figuring out what body parts should be where, and in which combination. All of this works out great, so long as the puzzles don’t involve any sort of time limit. 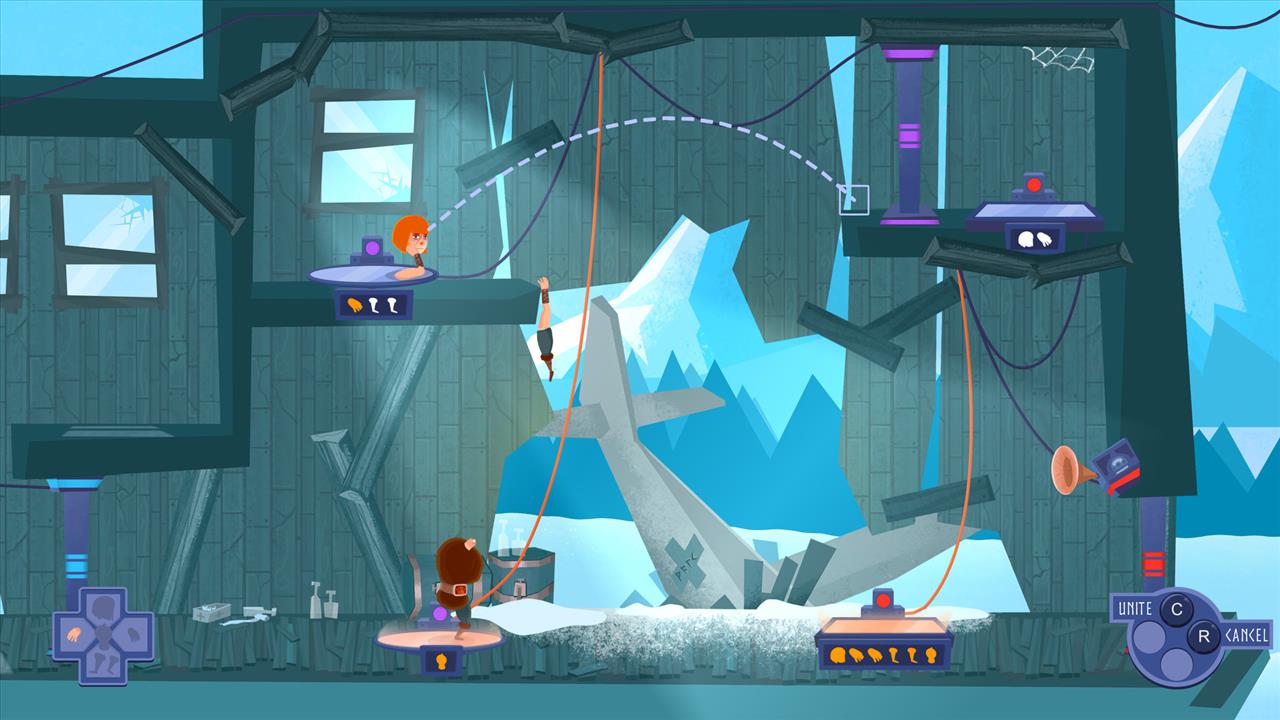 Each body part is mapped to the d-pad. Tapping in any direction instantly detaches the appropriate limb. Once all of the…chunks…are separated, the player has a few ways to change which body part they are controlling. Cycling through the various body parts with the bumper buttons is the most reliable, but for some reason the same controls are mapped to the right analog stick, which can easily get bumped at the worst possible moment.

This multiple-controlled method used to switch between body parts is finicky, and I often found myself cycling through the parts feeling a bit frustrated. Worse, after carefully scattering Bjorn’s body parts throughout a puzzle, I would think that I had control over an arm or something, and would accidentally roll the head off of a ledge, necessitating the need to pull all the parts together again to start a puzzle over. This is all fine—if not a little irritating—when there is no time limit on completing a puzzle. But when a timer is involved, the mechanic slips from being annoying into being outright frustrating. Luckily, these timed puzzles are few and far between, but I would have preferred that they not make an appearance at all. Helheim Hassle is definitely the type of game I like to stare at until a solution pops into my head, and all a timer does is freak me out. 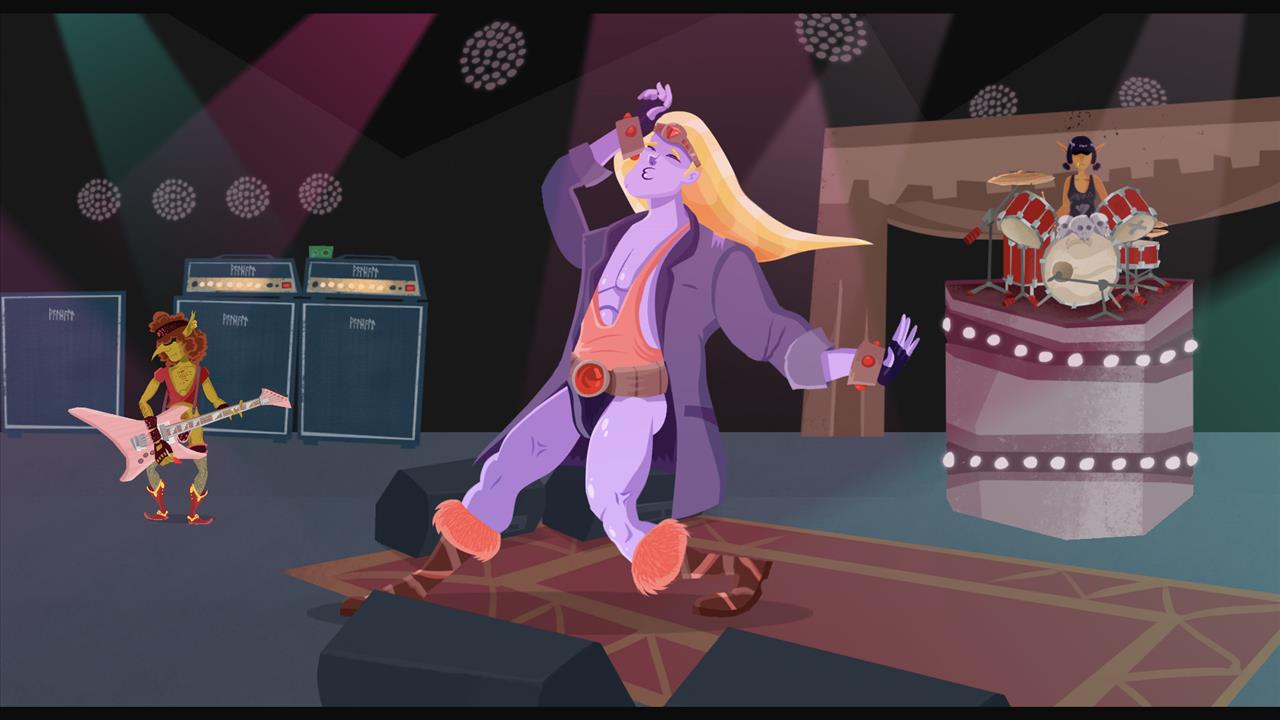 But all of this chatter about mechanics is overlooking the secret weapons of Helheim Hassle: its charmingly good spirit, and its wicked sense of humor. Bjorn is a hero you can get behind, an unassuming everyman who blithely refuses to blink at all the weirdness he is faced with on his journey.

And that weirdness is intense and hysterical. I often say that games don’t make me laugh. Something about the lack of timing, or the interactivity of games simply pulls me out of the moment. I chuckle a bit, perhaps, but rarely do I really laugh. But Helheim Hassle made me laugh. A lot.

From the opening moments of the game, where all of the Vikings urged Bjorn to run to the cyclops, “So we can all die, man!” I was sold. The British goblins that are barely able to communicate without devolving into simply saying, “Mate,” to each other endlessly. The fantastic, random musical number that Bjorn comes across when he first enters a gym. The simple fact that there is a gym in Helheim. The nonplussed way that various characters refer to Bjorn’s head as “disembodied head,” as in, “Oh, hello there, disembodied head.” The moments of clever humor in Helheim Hassle are every bit as surprising and amusing as anything I’ve seen on the very best adult animation comedy shows. This is a wickedly funny game.

With fun visuals to match its lively sense of humor, Helheim Hassle is a good-natured good time. Though the controls can be a struggle, the plentiful rewards Helheim Hassle delivers are well worth a few moments of aggravation.

Despite a few rare difficult moments with finicky controls and timed puzzles, Helheim Hassle is well worth a look. The humor is lively, surprising, and wickedly funny, while never feeling mean. The majority of the puzzles are engaging and fun. Helheim Hassle is a good-natured good time.