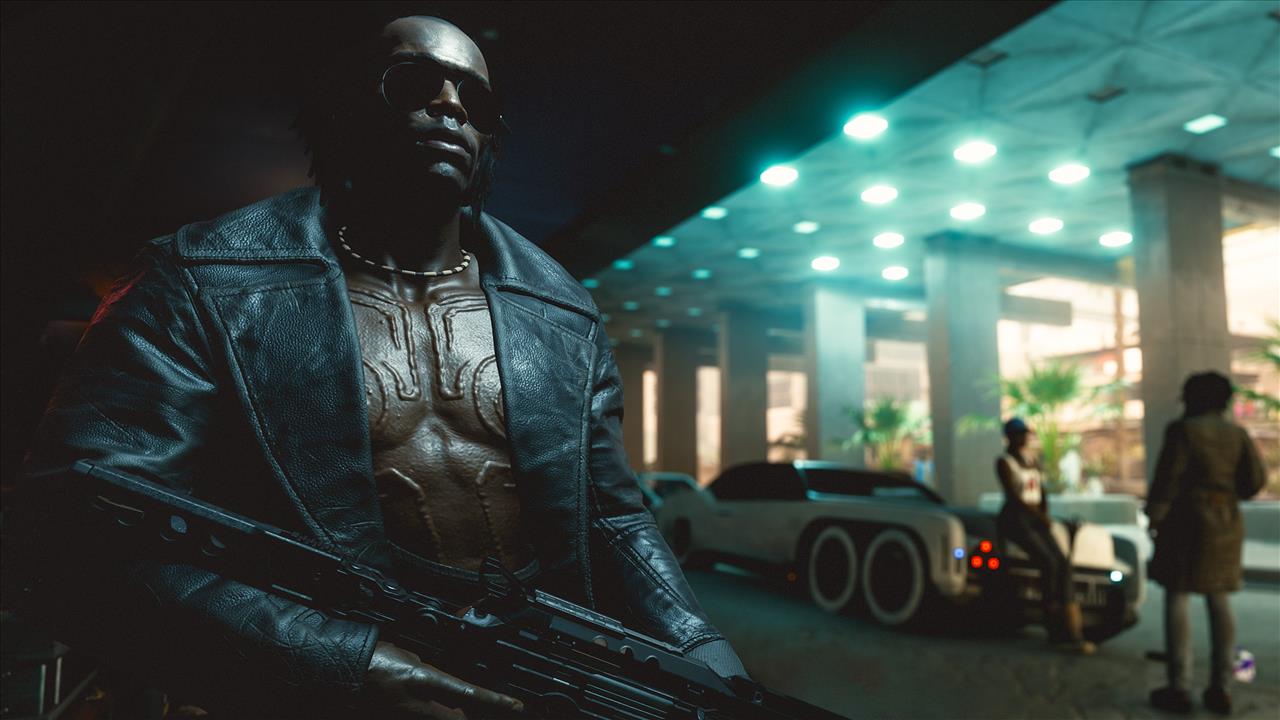 Should you get Cyberpunk 2077 on GeForce Now or Stadia?

Cyberpunk 2077 looks like it’s going to be an incredible game. Everything we’ve seen has been truly amazing and it looks like a must buy title from CD Projekt Red.

Undoubtedly, the PC version will have the best visuals available just by the nature of its ability to upgrade its performance based on the customer’s hardware profile, as well as taking advantage of future technology should CD Projekt Red implement it. 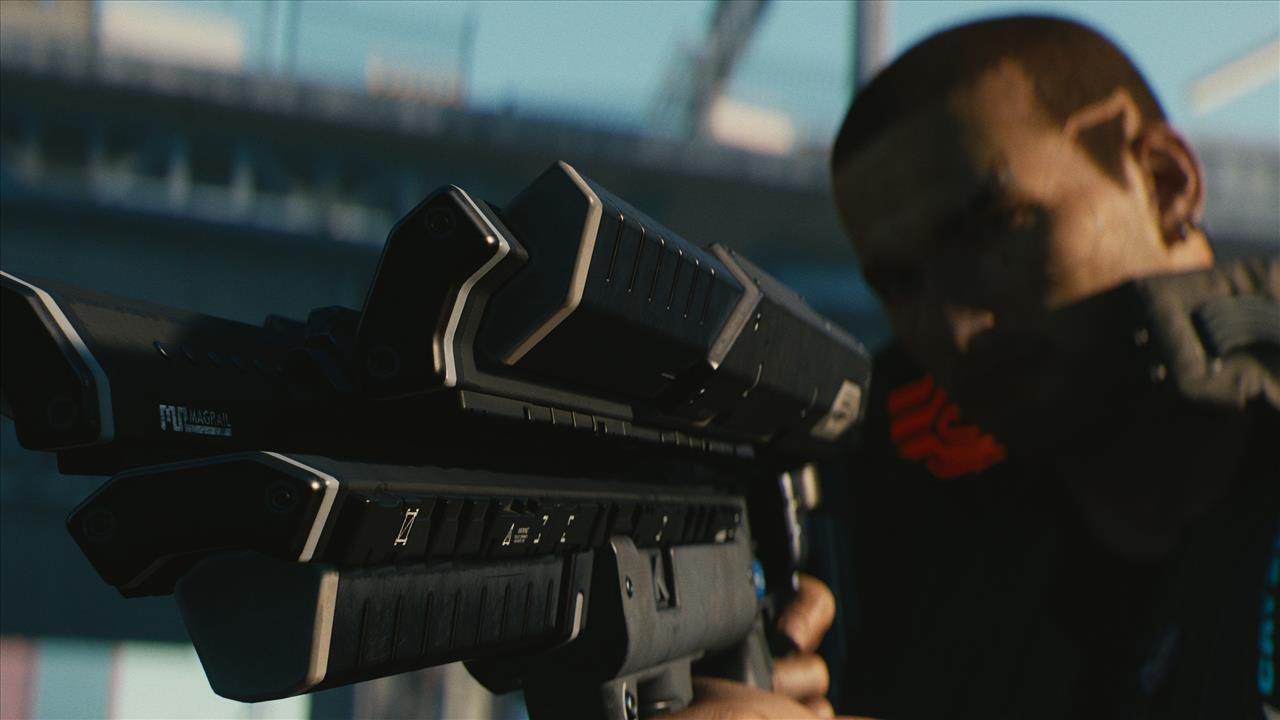 NVIDIA’s really highlighting the ray tracing and DLSS capabilities on the PC when the game is released. Now, we’ve heard the PlayStation 5 and the Xbox Series X will also feature ray tracing as well, but we don’t know how extensively it will be used on the console.

So, let’s say for argument's sake, you want to play the game on the PC to get the best visuals at the highest framerates possible. If you don’t have the money to spend on a high end gaming PC, what can you do?

With the power of cloud computing, there are going to be a few services that offer the ability to stream Cyberpunk 2077 to your home using computers capable of running the game at its highest fidelity. 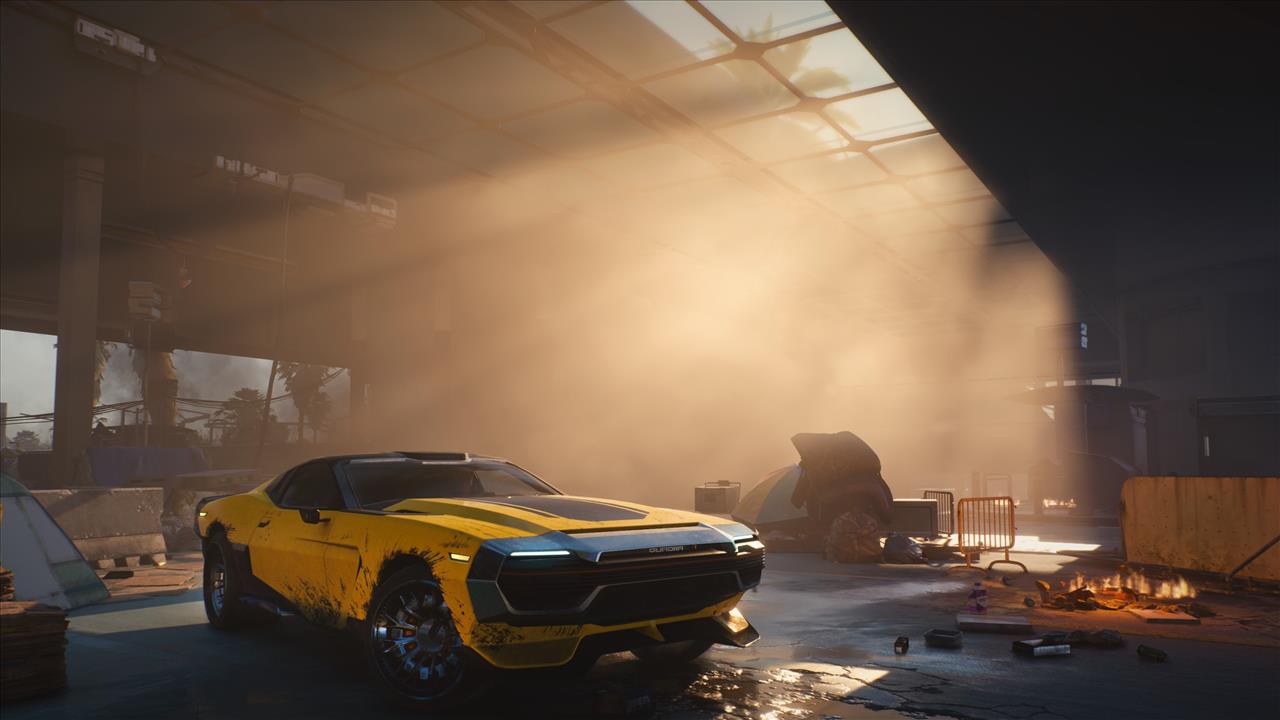 There are two services that we’ll focus on. They both offer their own strengths and weaknesses. Stadia, powered by Google, uses Google’s infrastructure to deliver games to you quickly and at low latency. NVIDIA’s GeForce Now has been around for a while and only recently came out of beta. Both do similar things in different ways.

If you’re considering one of the two for Cyberpunk 2077, which one is right for you? I’ve asked Eric to chime in on the Stadia side while I talk about the GeForce Now side. Let me say I don’t think there’s a right or wrong answer, but there are pros and cons to both approaches. It’s up to you to decide which best fits your needs.

First up is GeForce Now, which I’m very familiar with. It has two tiers: free and paid. The free tier lets you play up to an hour of game time per session and puts you in a queue to wait for a free server to play. Sometimes there is no wait time, sometimes it takes 20 minutes. It’s a roll of the dice. You can re-queue up after your hour session is over, so there’s no limit to how many times you can play per day, other than having to stand in line again.

The paid tier costs $4.99 a month and puts you in the front of the queue. There may still be a little waiting on very busy days but you get to play up to six hours at a time once connected. The paid tier will let you play games using RTX features on, such as ray tracing and DLSS 2.0, while the free tier has those features turned off. 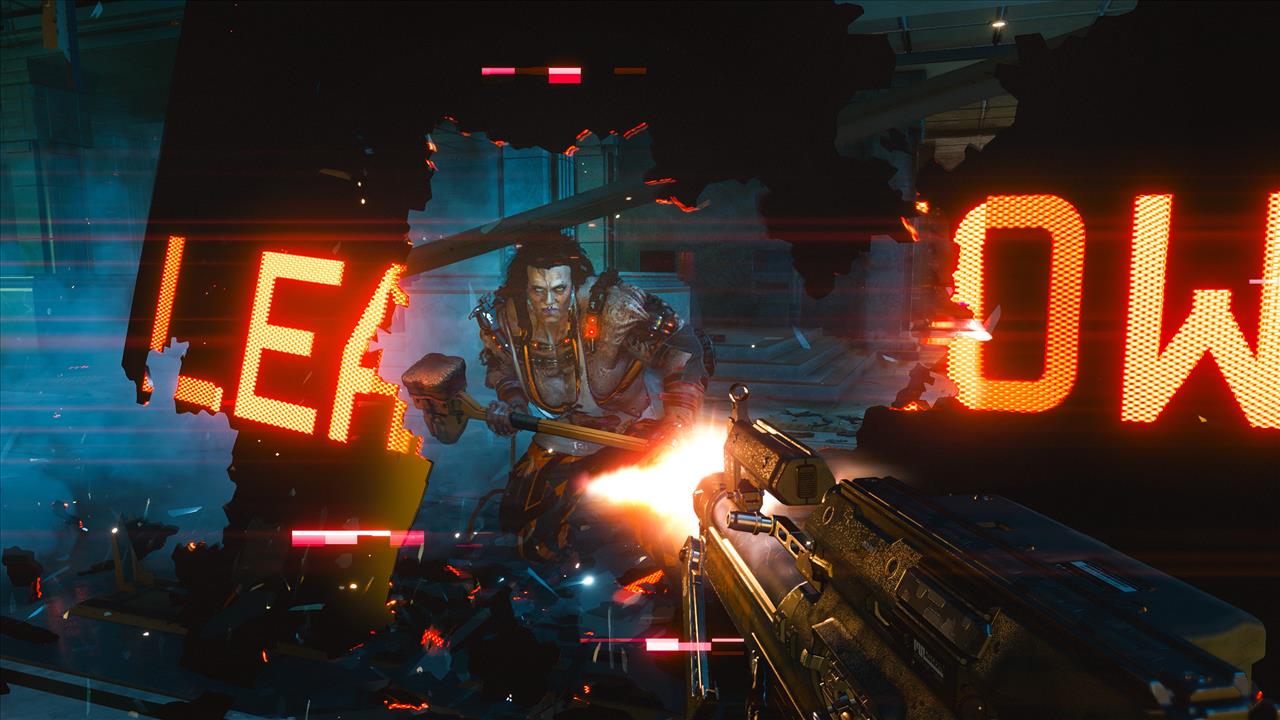 It’s too bad both tiers limit the resolution to 1080p while the limit for frames is 60 FPS. That’s one of the downsides of GeForce Now for those with 4K TVs or monitors. It can drop down to 720P if need be.
Bandwidth-wise, you’ll need 15Mbps for 720P and 25Mbps for 1080p.

With GeForce Now, you have to purchase the game on a supported storefront. In order for it to show up you’ll need to get the game through Steam, Epic, or Ubisoft, to name a few. GOG isn’t included, so unfortunately games on that service aren't available for you to play on GeForce Now. NVIDIA has confirmed Cyberpunk 2077 on Steam will be available on GeForce Now, but there’s nothing yet on the Epic Games version. 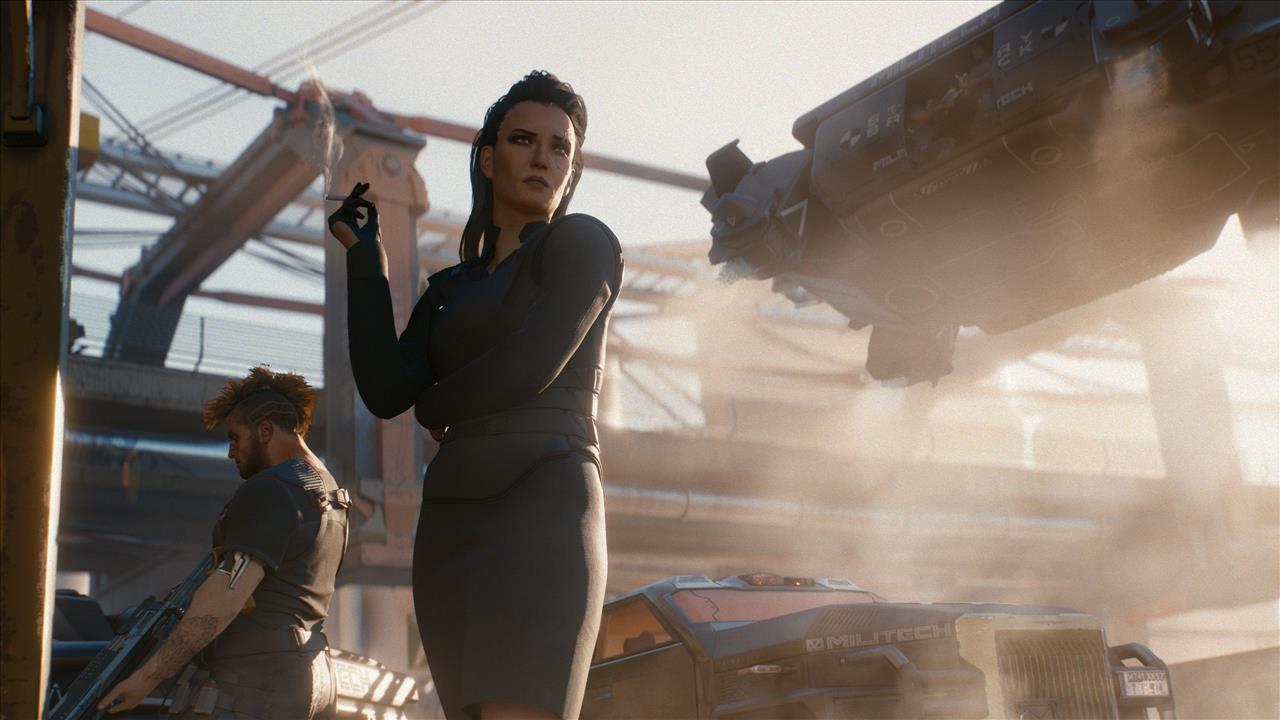 What’s nice about this setup though is that you own the game even if, say, GeForce Now is shuttered. Unlike other streaming services, you won’t lose access to Cyberpunk 2077 if one day NVIDIA decides to shut down GeForce Now. And if you get a good enough PC to play it, you don’t have to buy the game again as you already own it on a PC storefront. GeForce Now just gives you access to the games you already own in the cloud.

Cyberpunk 2077 will have multiplayer in the future and you can probably guess it’ll use Steam’s infrastructure for a friends list. So if you have friends on Steam who own the game, it’ll be easy to play with them since GeForce Now will be streaming the Steam version to your device. 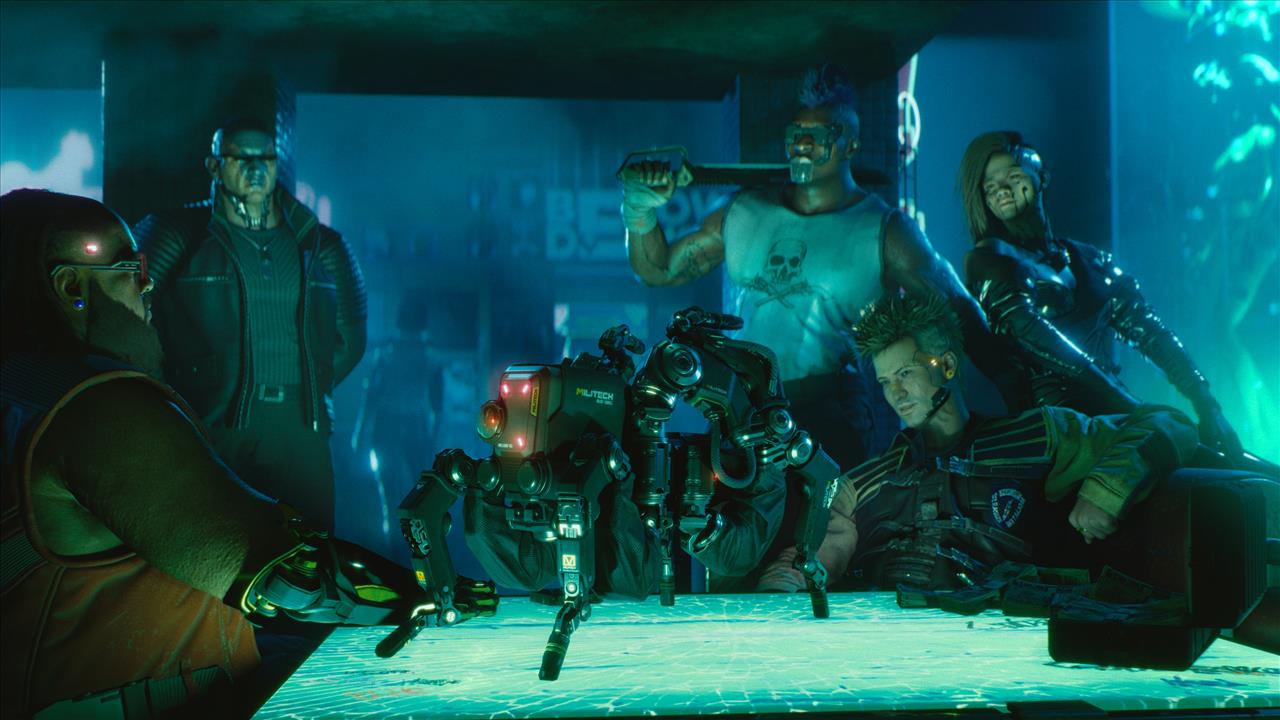 GeForce Now is on a ton of platforms. I am able to play it on my phone, Android TV setup, PC, Mac, tablet, or whatever. I’ve played it on a multitude of devices and each one has given me a solid experience provided my Internet connection wasn’t acting up.

Cyberpunk 2077 is going to look pretty great for subscribers of GeForce Now because of the ability to play the game with RTX on. It’ll still look pretty damn good for those on the free tier. But from what we’ve seen, RTX is going to be the way to go. 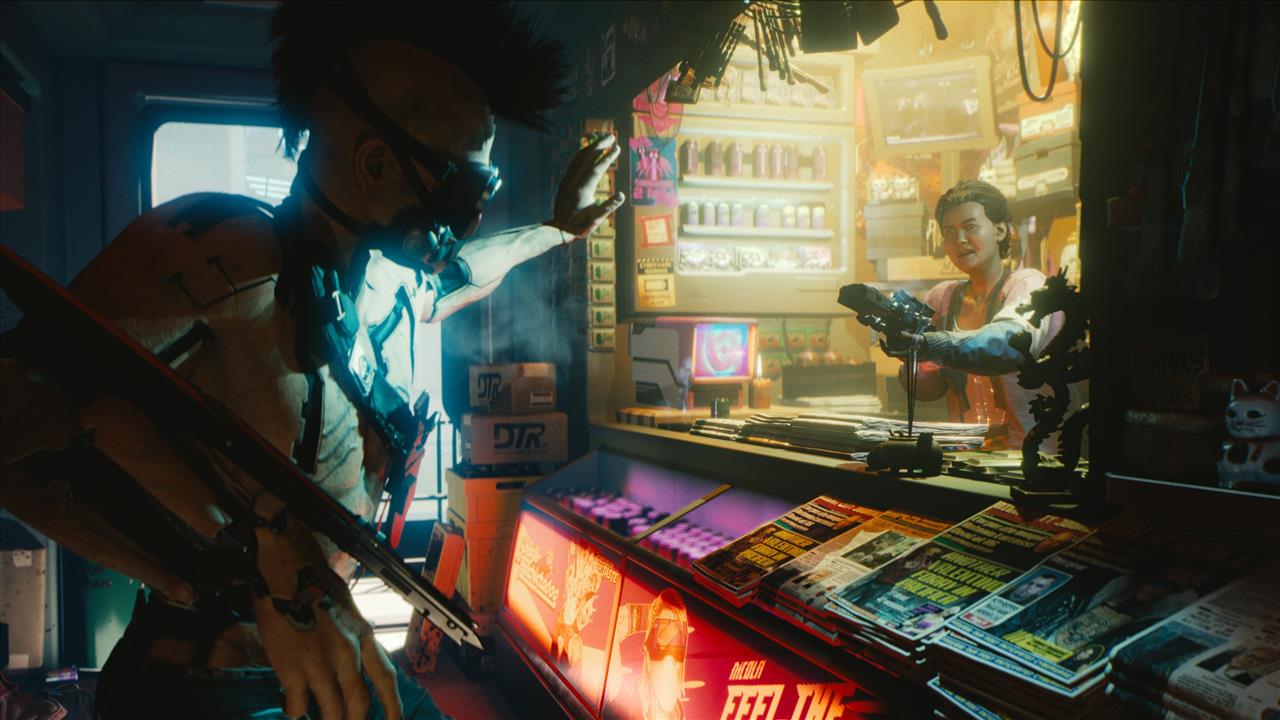 So, in summary, if you want to keep the game even if the service is discontinued, and want to see all the RTX features enabled when playing, buy it on Steam and subscribe to GeForce Now. Just be prepared to wait a little before you start playing. And if you decide to discontinue your subscription, you’ll still be able to use the free tier to play. You won’t get the highest resolution, but you should get solid frame rates using NVIDIA’s servers.

I am Gaming Nexus’s Stadia supporter guy, and I have been having nothing but great experiences with the platform. I run it through a hardwired Chromecast on my 4K TV, and even running at 1080p it looks great. When the work day is drawing to a close and I’m certain all of the Zoom calls are done for the evening, I crank the settings up to 4K, and the difference is noticeable, but not overwhelming. Extra bonus: Chromecast supports HDR, so the games on my TV are bright and shiny. 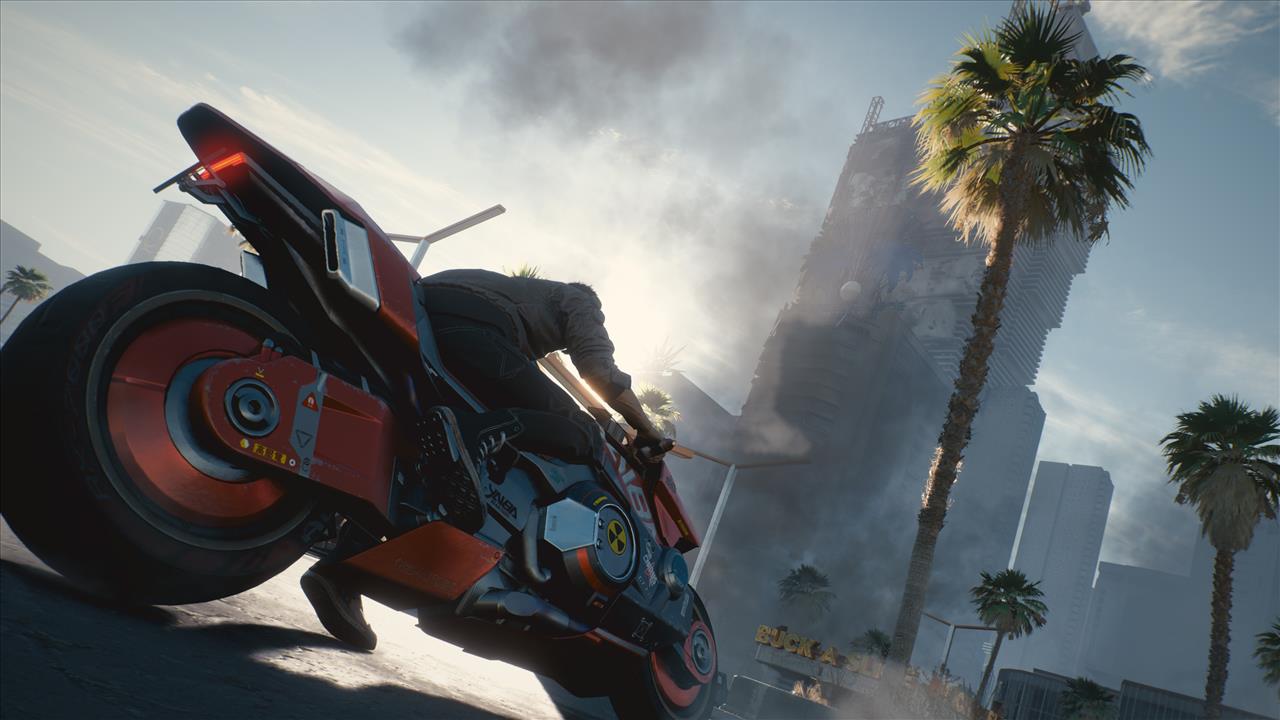 In order to run a game in 4K you have to be a Stadia Pro member, which is just about the best $10 a month you can spend. Forget the stat increase—Google has been absolutely slamming players with free games. But if you decide to save the cash, you can still buy Cyberpunk 2077 on Stadia and play it, you’ll just be limited to 1080p. So, you’ll get the same performance that GeForce Now offers for $5 a month, but for free. 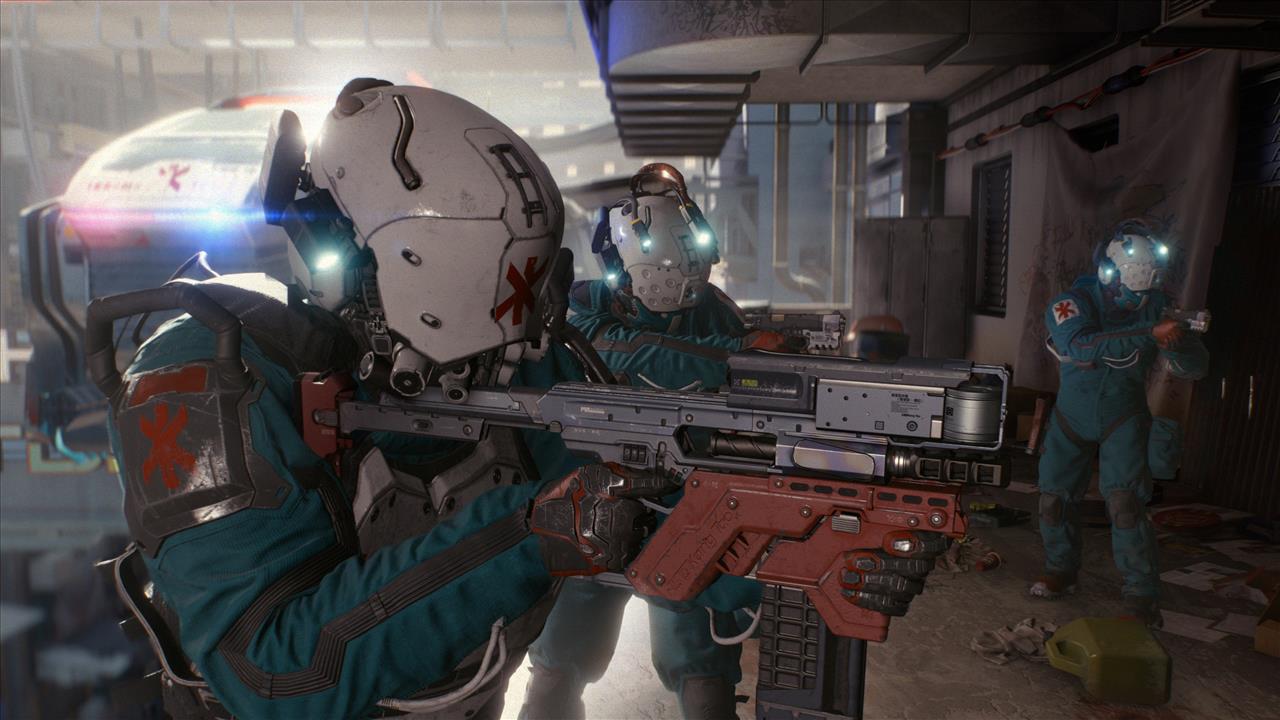 Stadia on PC is a different story. The WIFI in my house is under a lot of stress. I’ve got four kids with tablets and PlayStations and cell phones, all of whom bombard my poor router all day every day. As a result, Stadia’s performance on my PC is a little more choppy. Though I have a 4K laptop, I never bother trying to stream at that level.

Sticking to 1080p gets the performance to...playable standards, but I usually only play on PC when the TV option is eliminated. That said, I’m considering a Google Mesh WiFi upgrade, which might help the situation. I should also probably mention that beyond testing games during the review process, I never play on my phone. My old man eyes can’t take it. 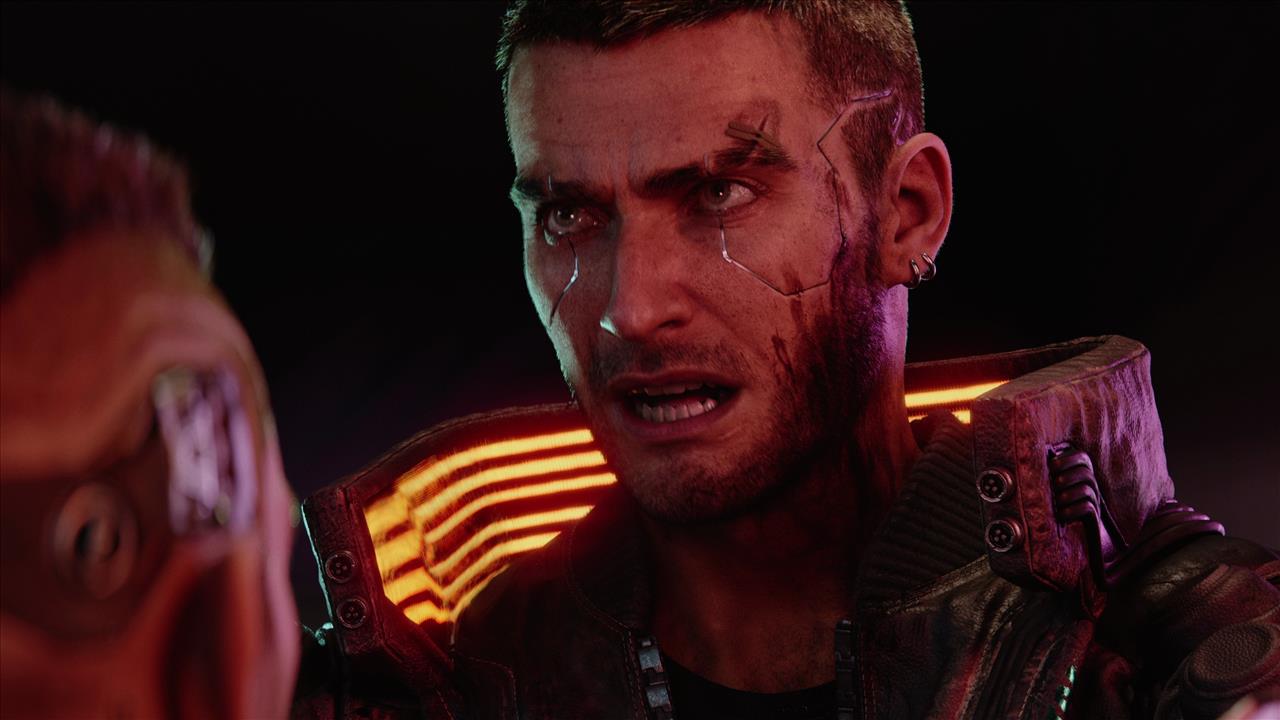 Of course, a huge downside to playing Cyberpunk 2077 on Stadia is the uncertainty surrounding the release date. The game is scheduled to be released on November 17, 2020, for most consoles and PC, but the Stadia date is currently listed as “sometime later in the year.” With CD Projekt Red’s reputation as game delayers, I wouldn’t be surprised to see that date slip into 2021. Thus my uncancelled PS4 order.

It has been a long point of contention with Stadia fans that while the system “supports” 4K gaming at 60 FPS, not many games have released out of the gate with that particular combo of stats. There was just another dust-up last week when it was revealed that The Elder Scrolls Online is frame-locked at 30 FPS on Stadia (It’s fine! It looks great! Everybody relax!). Stadia’s stance has always been that while the platform supports those frame-rates and resolutions, it is up to the individual publisher to decide the best configuration for any games they are releasing. So, supported but not guaranteed. 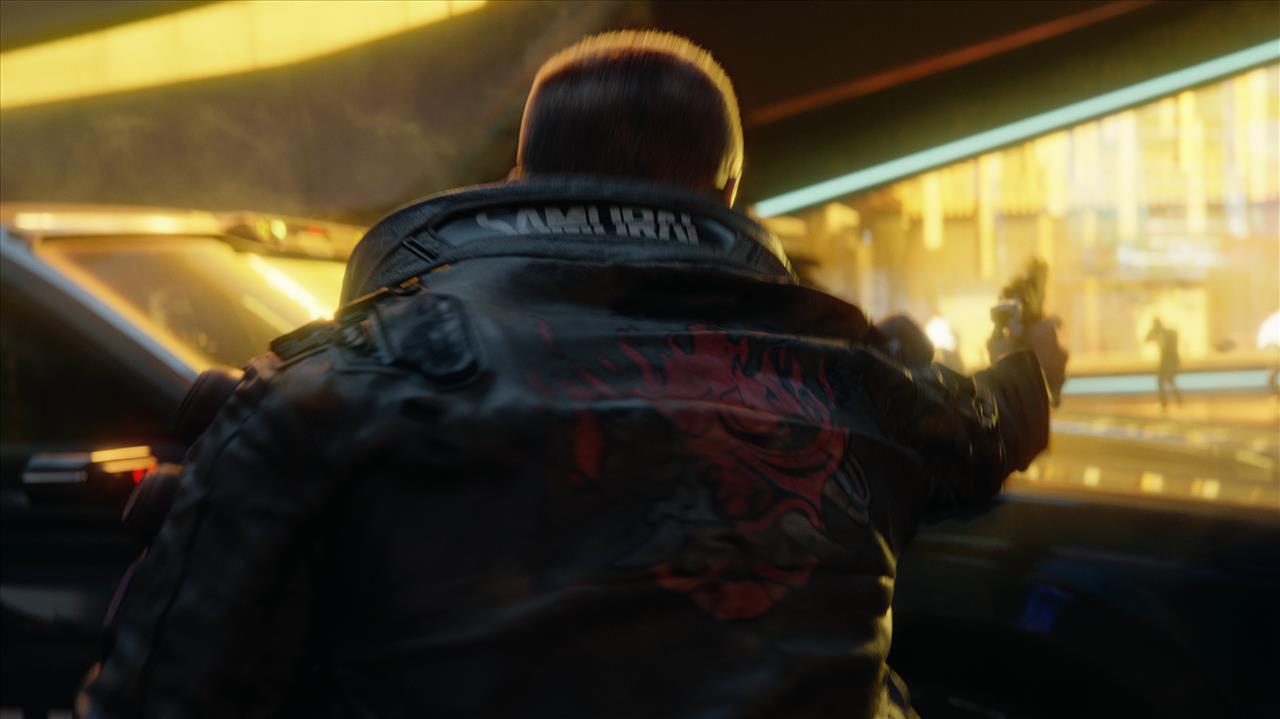 That said, I would be shocked if Cyberpunk released with stats any lower than 4K/60 FPS. I have a feeling that CD Projekt Red would just delay the game until they could get those numbers locked down.

Speaking of The Elder Scrolls Online, that game was released on Stadia with full cross-play and cross-progress with the PC version. I really, really hope that Cyberpunk 2077 will do the same, but no announcements to that effect have been made. Again, Google just leaves it up to the individual publishers to make that decision, but they are wide open to cross-play with PC and consoles—vehemently so. Their stance has always been, “If there is no cross-play, that’s not on us—we are all for it.” Still, there is a lack of clarity about this particular game, so we’ll throw that in the “con” column.

A possible downside to getting Cyberpunk 2077 on Stadia is the possibility of Google folding up shop, which would cause players to lose all their games. I absolutely do not for one second believe that is going to happen, but John kinda seemed to be implying that it could, so I feel obligated to mention it. So I guess we can put that nonsense in the “con” column, with an asterisk next to it. 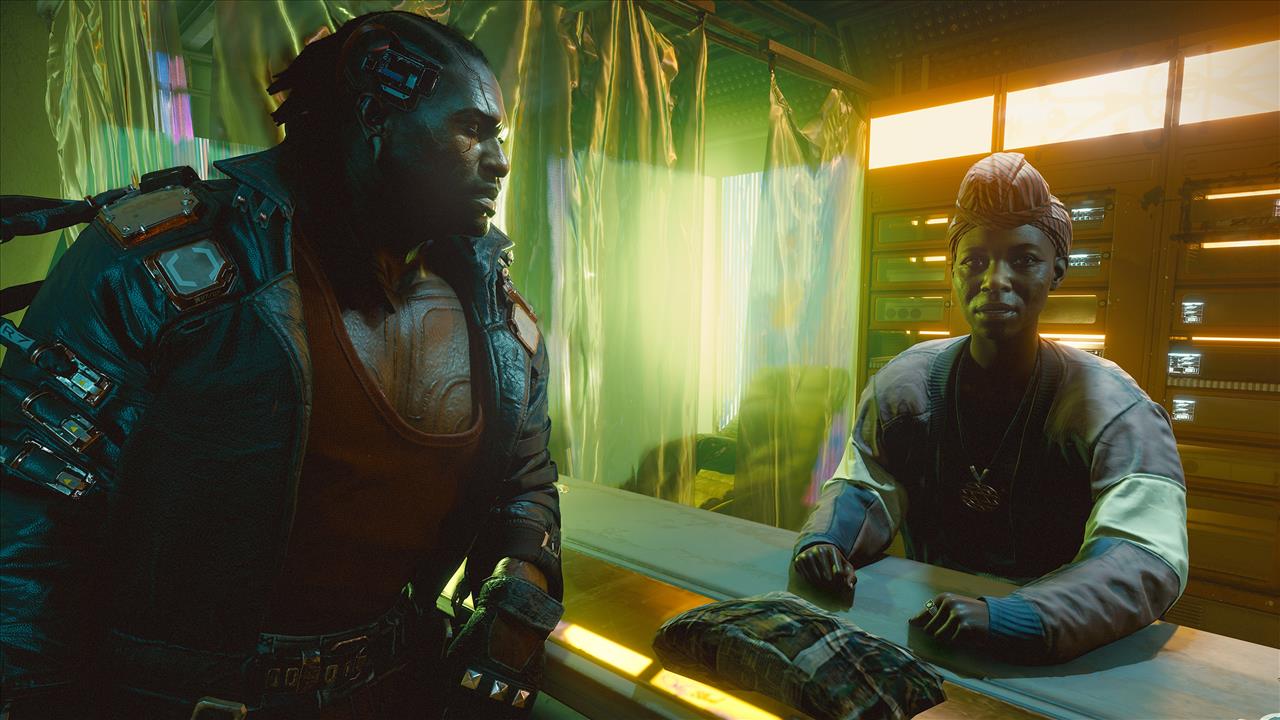 As you can tell by the difference in tone between our two reports, John Yan is far more tech-minded than I am. I don’t pay a whole lot of attention to graphics cards or teraflops or framerates. I just know what looks good to me, and judge games by that standard rather than getting too caught up in the numbers. I super don’t care about ray tracing, or any of that other nonsense. Will Cyberpunk 2077 look good on Stadia? Damn skippy, it will.

I have nothing at all against GeForce Now, or any platform or console for that matter. I love playing games, and I tend to just play them on whatever will offer me the best experience. Right now, that best experience can be found, for me, on Stadia. So that’s where I’ll be.