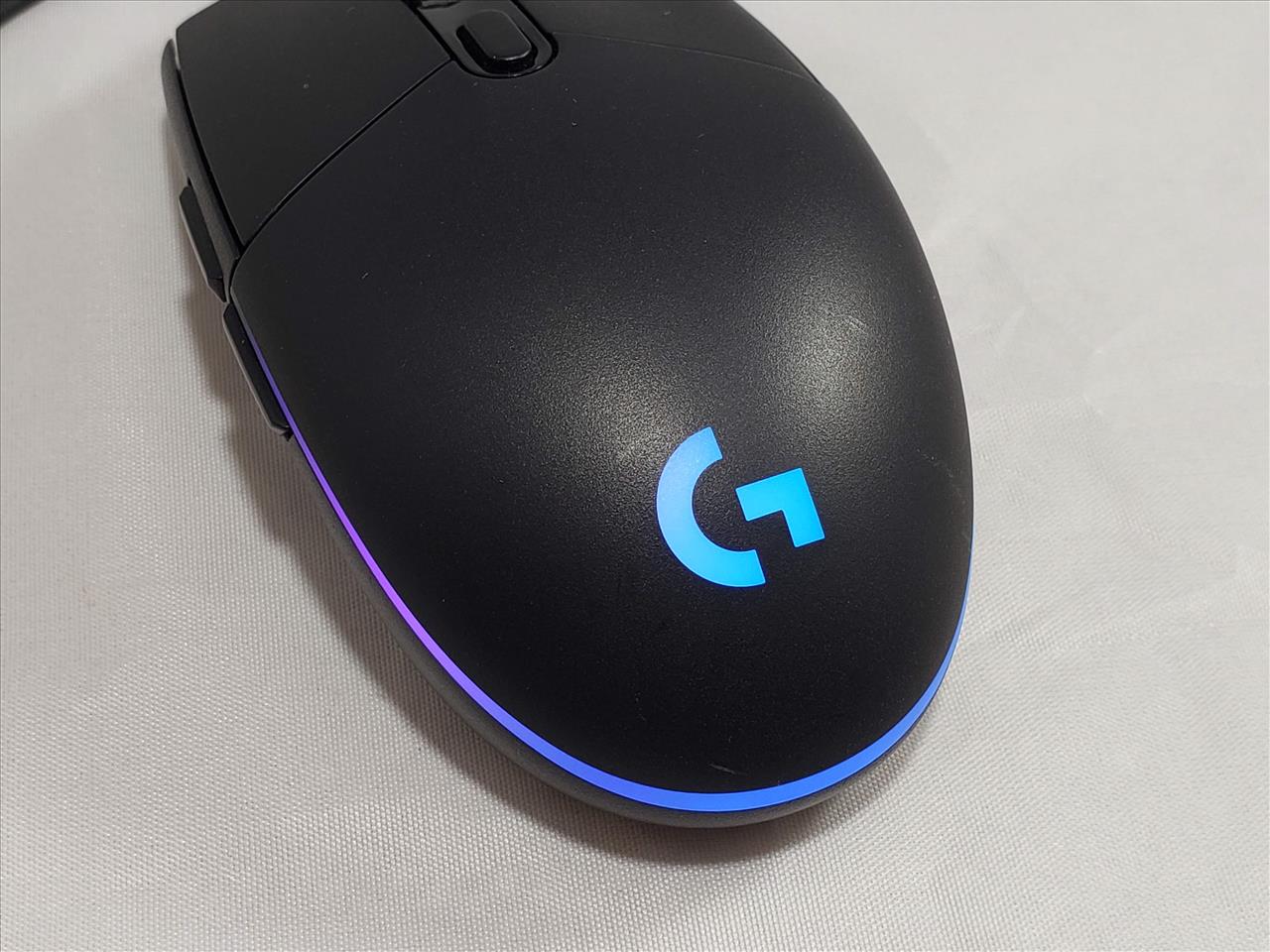 The Logitech G203 Lightsync is a six-button mouse with an 8000 DPI sensor on the bottom. Physically, it’s on the smaller side of things, and, with my average size hands, I mostly used a claw grip on the G203. Even though it’s symmetrical, the G203 is only for right-handed gamers. 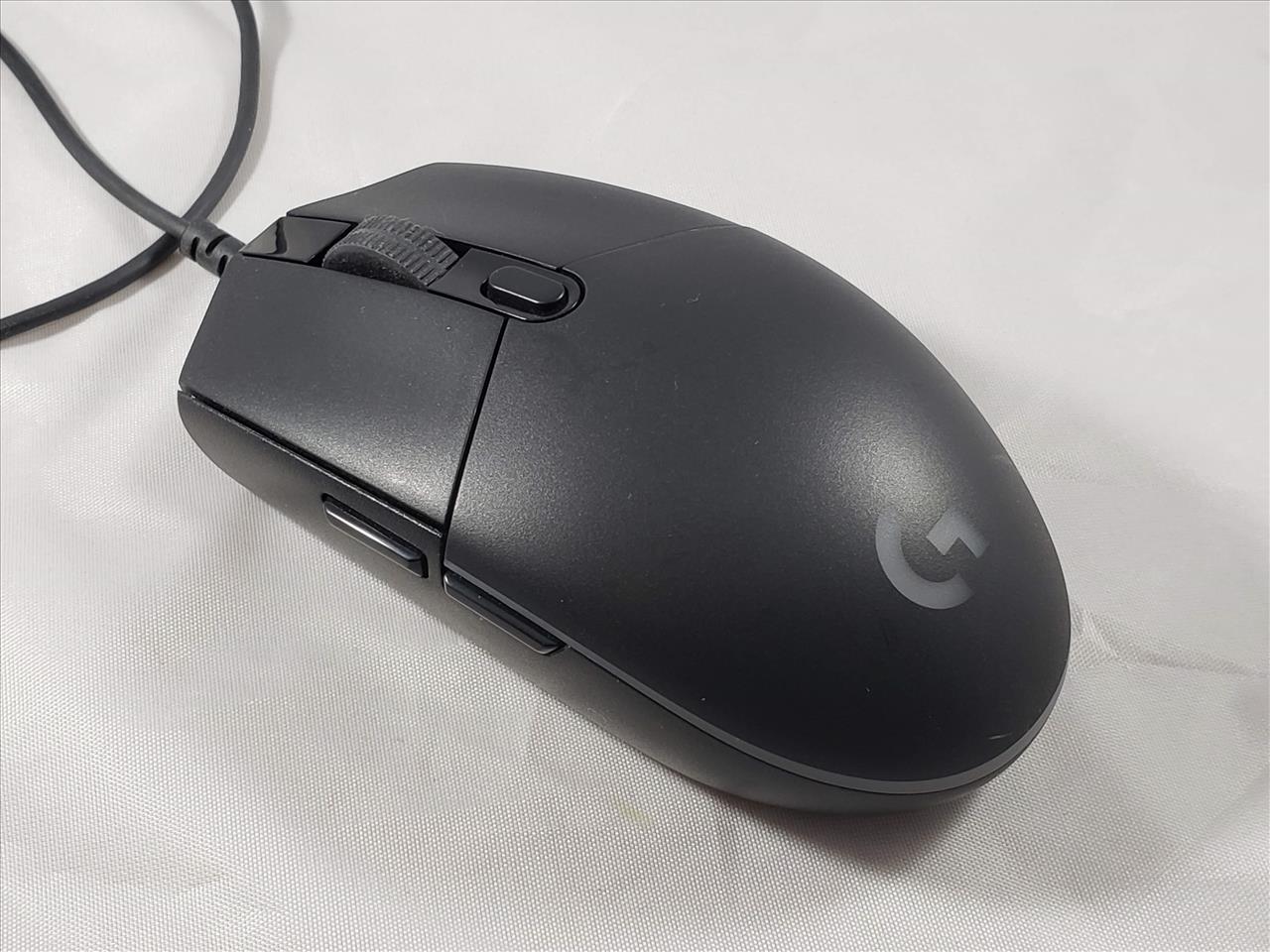 Two main buttons, two side buttons, a mouse wheel without a tilt function, and a DPI switching button make up for the inputs. I did like how nice the buttons felt when pushed as they feature some good-feeling springs underneath that felt strong but not overtly so. The side buttons were easy to reach and easily distinguishable so I didn’t accidentally press one I shouldn’t have. They are a little smaller than what I’m used to, but I didn’t have problems getting adjusted.

The ratcheted mouse wheel has a nice feel when scrolling, with a good click when turning. There’s no side scrolling on this one, which to me isn’t that big of a deal. I personally don’t use a side scrolling wheel that much even on mice that do have this feature.

On the bottom, there are what I consider medium-sized feet in each corner of the mouse, and the same material encircles the sensor hole. With the multiple contact points on the mouse pad, the G203 does a great job gliding around on the surface with relative ease and precision. 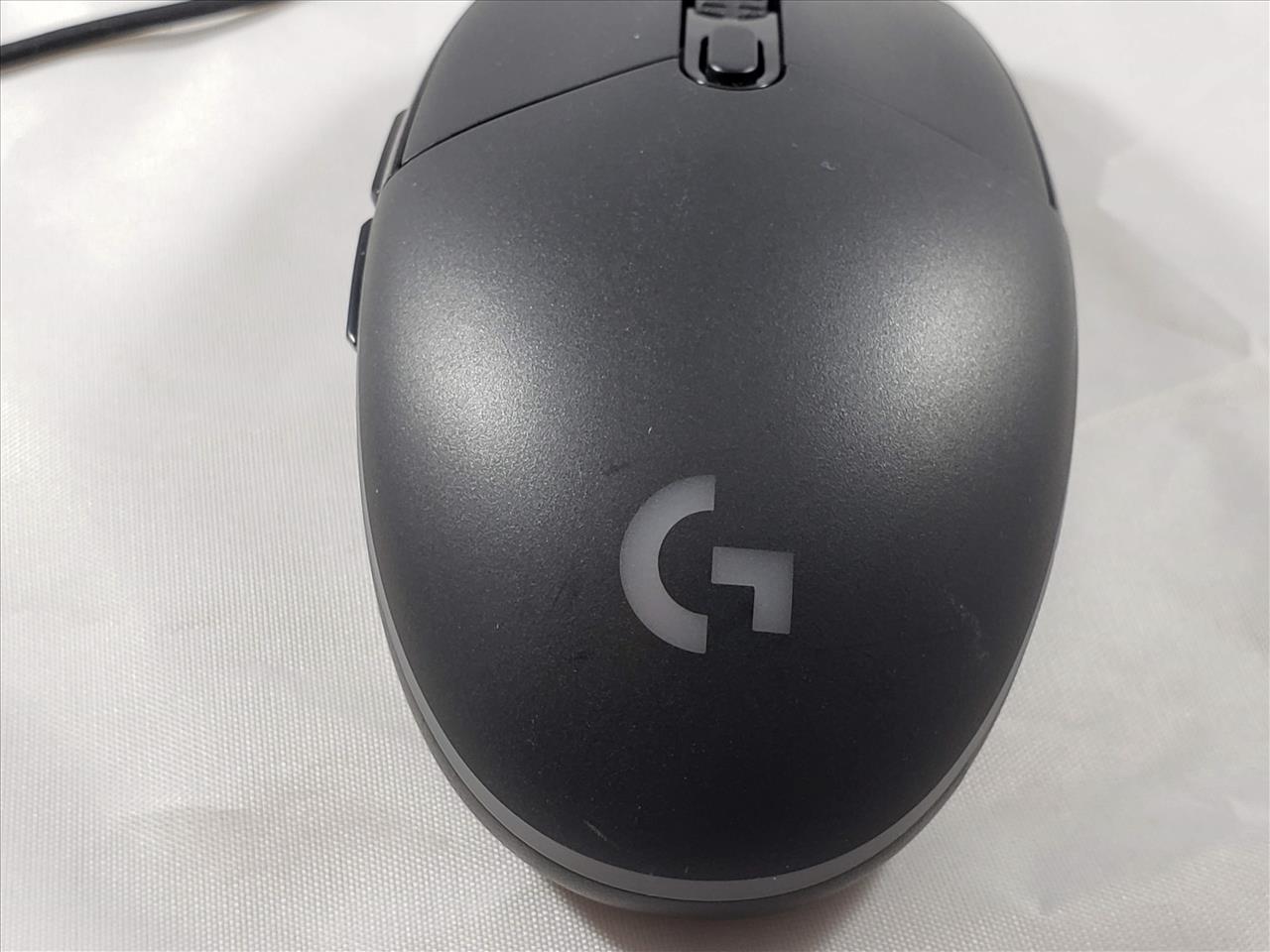 The non-braided cable spans 2.1 meters or around 6.9 feet. So, not too short and plenty of length to go from your computer to your table top.

As the name implies, the mouse has a light strip that runs around the back of the mouse and can sync its lights with other Logitech products. The light starts on the side about halfway back on the mouse, wraps around the palm area, and then back up the other side. It’s got three light zones that you can program for.

I think the location of the light strip is mostly obscured by the palm of your hand. While the lights do have a nice brightness and clean color radiance, it’s mostly lost when the mouse is in use. But if you’re one of those that wants color in all your components, then G203 Lightsync gives you a little bit more customization than its predecessor, the G203 Prodigy. 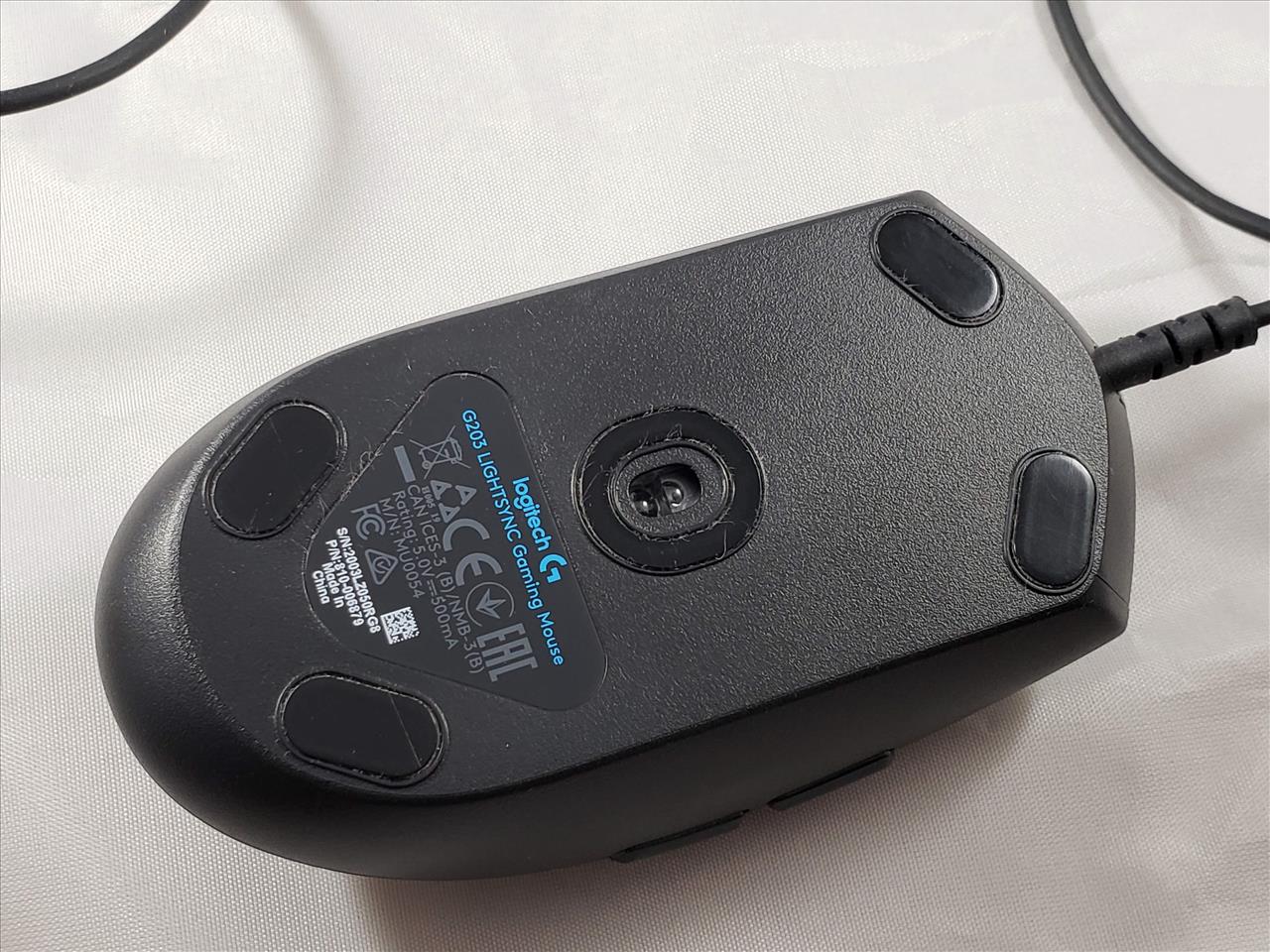 There is no independent control of the logo for lighting, which was kind of surprising. Currently, you’re limited to the same lighting effects as the strip. But other than that, you’re free to setup how you want the light strip and logo to look.

The lights and button assignments can all be adjusted by Logitech’s G Hub software. It’s pretty simple to use the software for adjusting the buttons and lighting on the Logitech G203 Lightsync. With a push of a button, you can easily sync the lighting effects with any compatible Logitech product. I was able to sync with my keyboard.

Performance-wise, I think the G203 Lightsync did really, really well in all scenarios for a budget gaming mouse. I went through a list of games including Left 4 Dead 2, No Man’s Sky, 7 Days to Die, and Command & Conquer Remastered. I adjusted my DPI setting based on certain games I played and all of them did really well. I did miss having some extra buttons for certain commands and macros, but the performance of the mouse was solid. 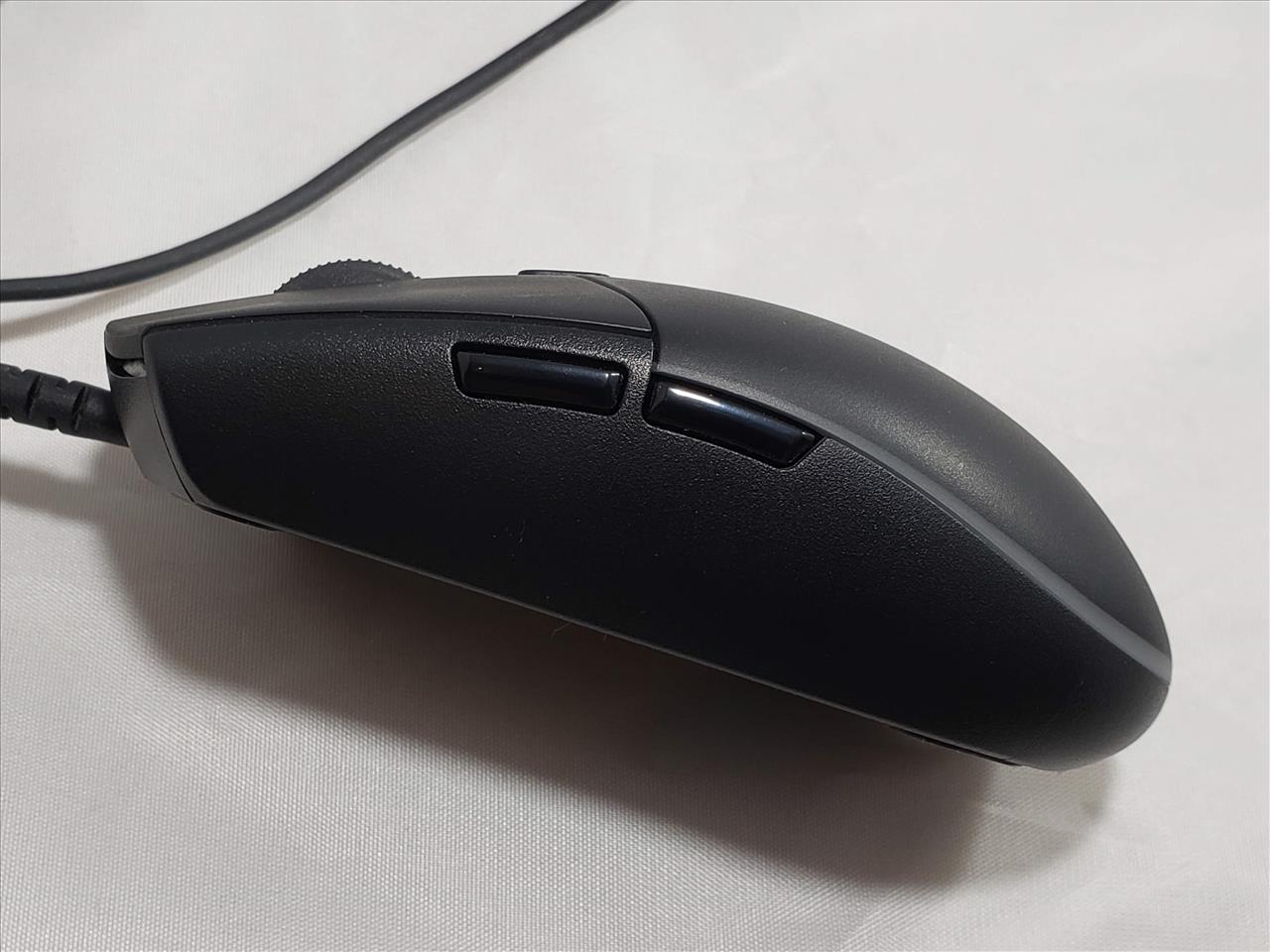 I also used the mouse for my daytime job of software development where I spend my time in the likes of Visual Studio, Visual Studio Code, Photoshop, and SQL Management Studio. As with gaming, productivity didn’t suffer here and I was able to navigate my code with ease, or do slight adjustments and fine selections in Photoshop using the G203 Lightsync without any issues.

Now, those with the Prodigy will probably want to skip this one as it’s not much of an upgrade over that mouse. Other than the better RGB, you’re looking at close to the same mouse in a lighter package.

If you’re looking for an affordable gaming mouse at a smaller size, the G203 Lightsync fits the bill. Coming in at $39.99, it’s a nice mouse that won’t break the bank. No, it doesn’t have the extra buttons that other gaming mice have, but you still get the ability to customize the buttons via the G HUB software and three separate color zones to change up.

With the G203 Lightsync, those that don't want to spend too much on a gaming mouse have some options. It's on the smaller side when compared to other gaming mice, but it performs well and has a nice little color strip that you can customize.