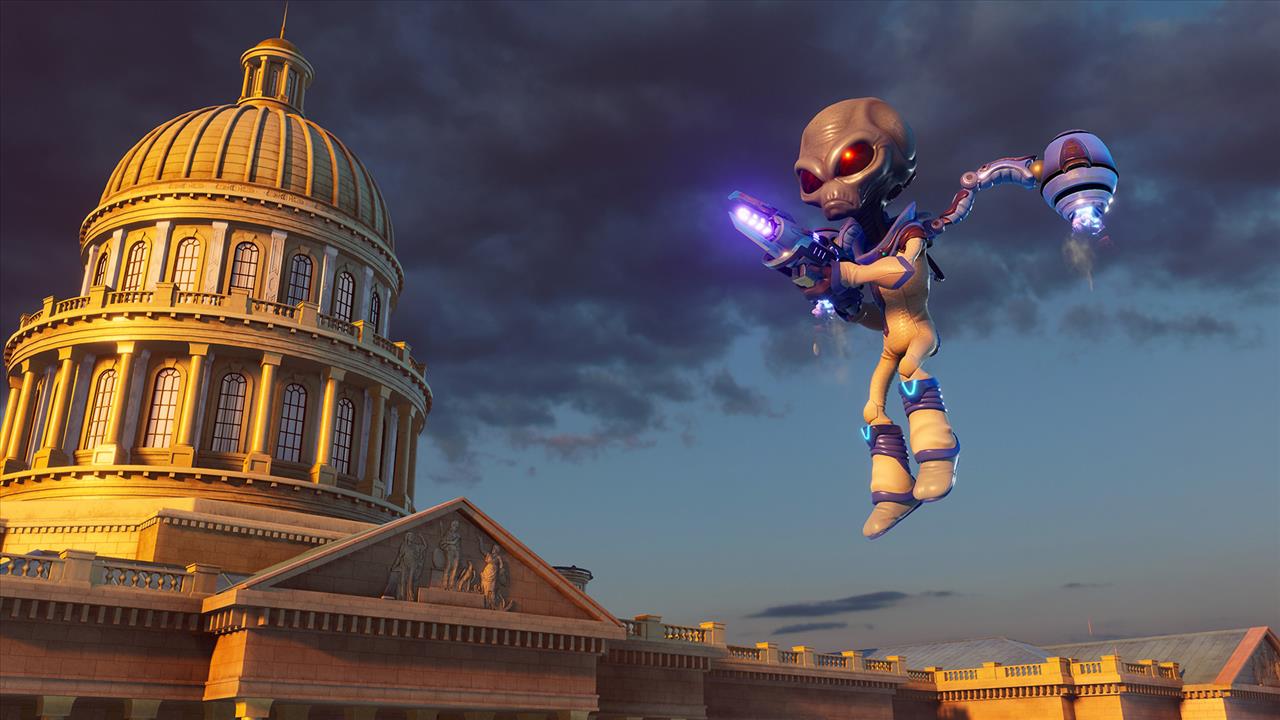 Cryptosporidium-137 is back and looks better than ever. But his mission remains the same as it was 15 years ago: Destroy All Humans!

Destroy All Humans! takes place in a parody of 1950s America, boasting vintage clothing, drive-in movie theaters, and unending Cold War references. Our champion is Crypto-137, whose mission is to invade Earth, locate his clone-brother, Crypto-136, and harvest human DNA to preserve Furon immortality. Crypto’s melodic voice and charming demeanor could soothe the most agitated infant to sleep. Just kidding, his voice sounds like a grumpy, chain-smoking geriatric speaking through an active blender full of nails. 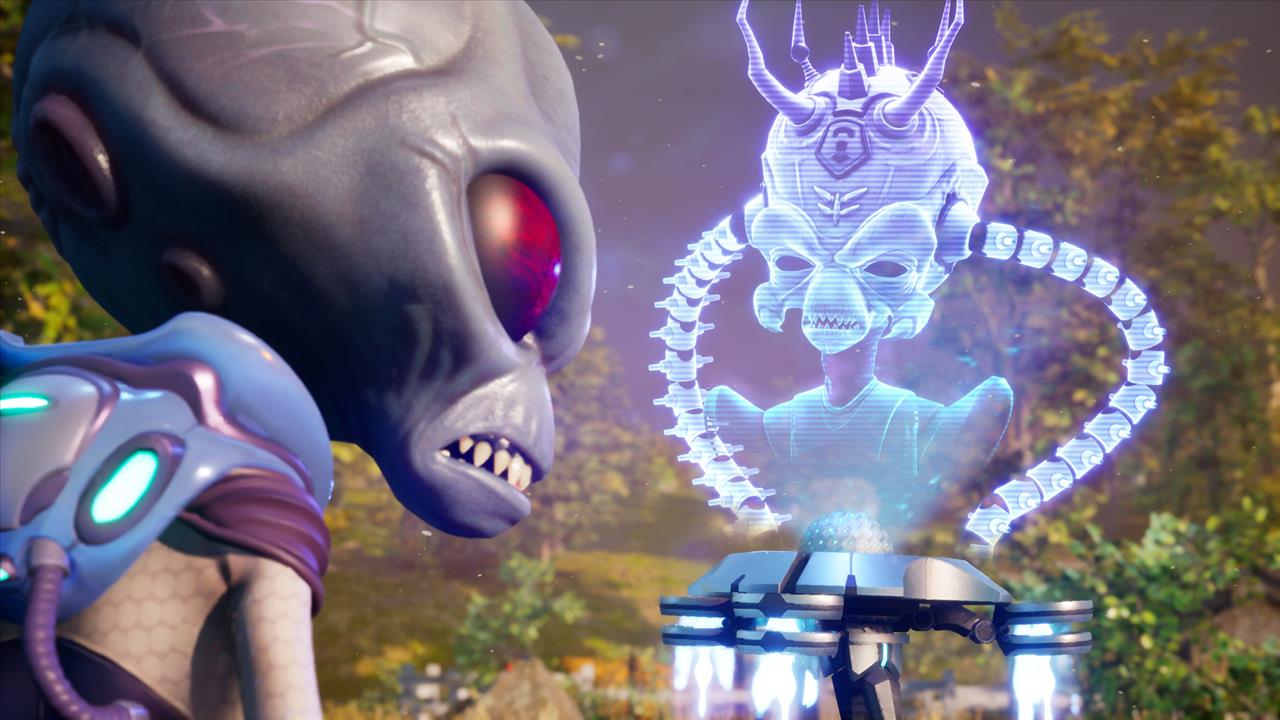 Crypto is accompanied on his trek to enslave humanity by Pox, the intellectual orchestrator of each operation. While Pox practices a more calculated methodology to planetary invasion, Crypto is a bit more...brutish, preferring the destroy-now, ask-questions-never approach.

Don’t make the mistake of misjudging the little gray man--also don’t call him green. Despite his small stature and natural slouch, he’s a force to be reckoned with. Equipped with an arsenal that would make the generals of modern-day superpowers shudder, Crypto employs the run-and-gun approach to destruction. The Zap-O-Matic is an excellent choice for nerve-bursting electrocution of your enemies. Maybe you prefer to watch helpless, overmatched humans disintegrate with the aptly named Disintegrator Ray. Mass destruction enthusiasts will enjoy the Ion Detonator, which deals massive damage in a wide blast radius. Or, if you’re sadistic and disturbed, then the inefficient Anal Probe is calling your name. Sure, it’s mostly a gag, but it does collect DNA. 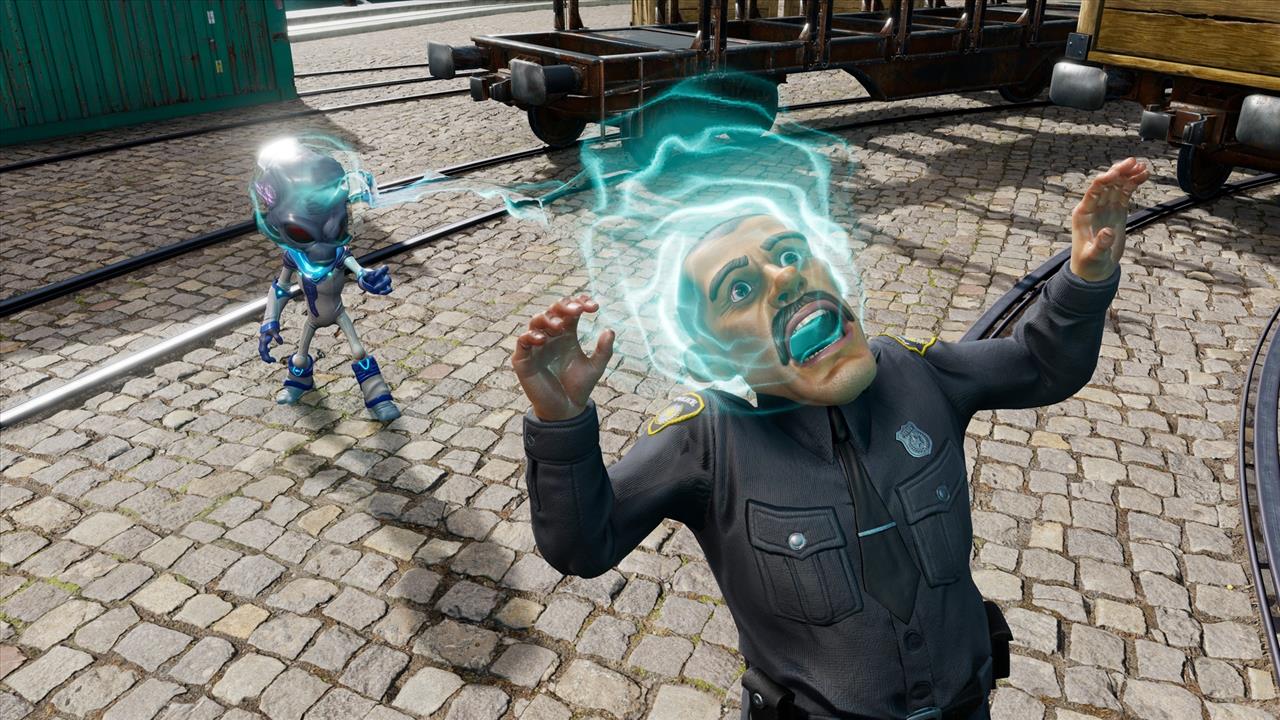 Out of ammo? Or just bored of shooting? Crypto’s telekinesis can get you out of the tightest jams--or serve as joyous entertainment. You can’t put a price on hurling cows into the clouds.

Yet, he’s not unfamiliar with mind tricks and espionage. Crypto’s mental arsenal, so to speak, is quite impressive too. From reading minds to entrancing unsuspecting citizens, his telepathic abilities come in handy when the situation calls for stealth tactics. For example, Crypto’s “Holobob” ability allows him to disguise himself as any nearby human, allowing him to infiltrate restricted areas or discover new intel while remaining unseen. 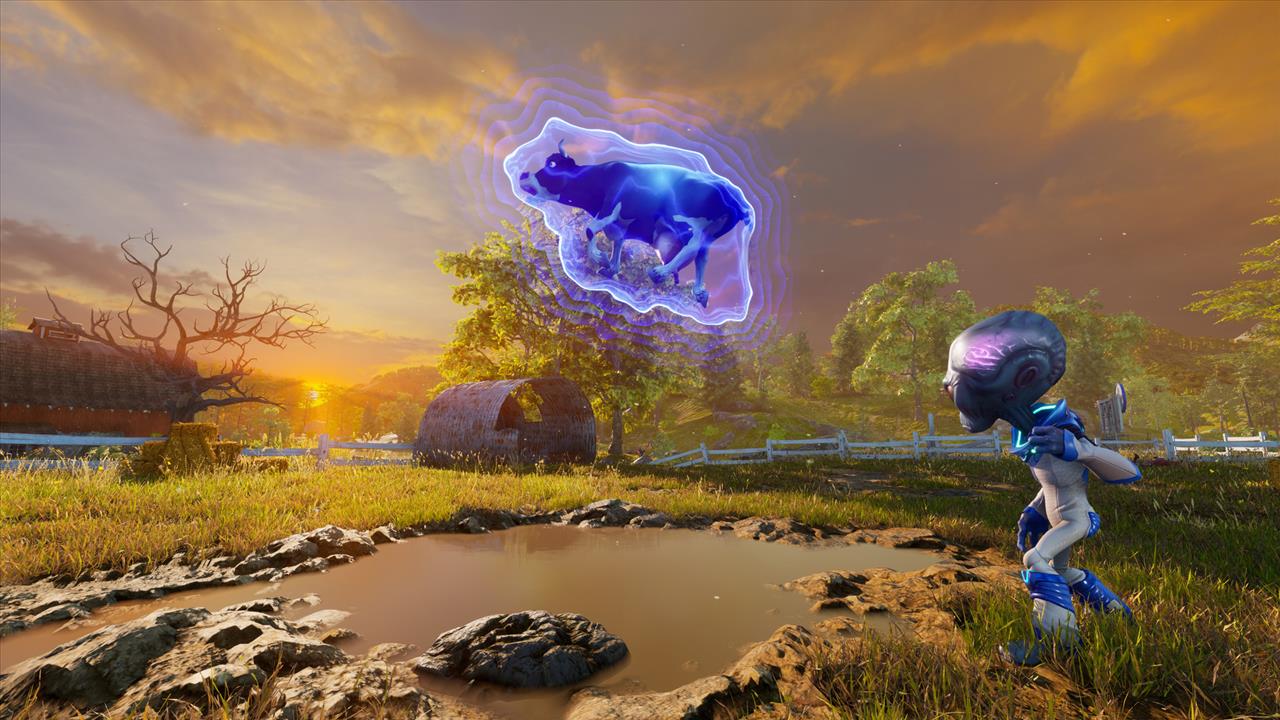 No alien combatant worth its salt goes anywhere without a jetpack. Crypto’s jetpack allows him to rain fiery hell down from the rooftops. But that’s not all. His suit also includes Supra Kinetic Antigrav Thrust Enhancers (SKATEs) because why not? Low on health? Need to escape a tight situation? SKATEs make for timely retreats.

And it wouldn’t be an alien invasion without a UFO. Our hero’s trusted steed is his flying saucer. Unlike a horse, this method of transportation does a lot more than transport Crypto from city to city. It packs its own punch, including a Death Ray, Sonic Boom, and Quantum Deconstructor. 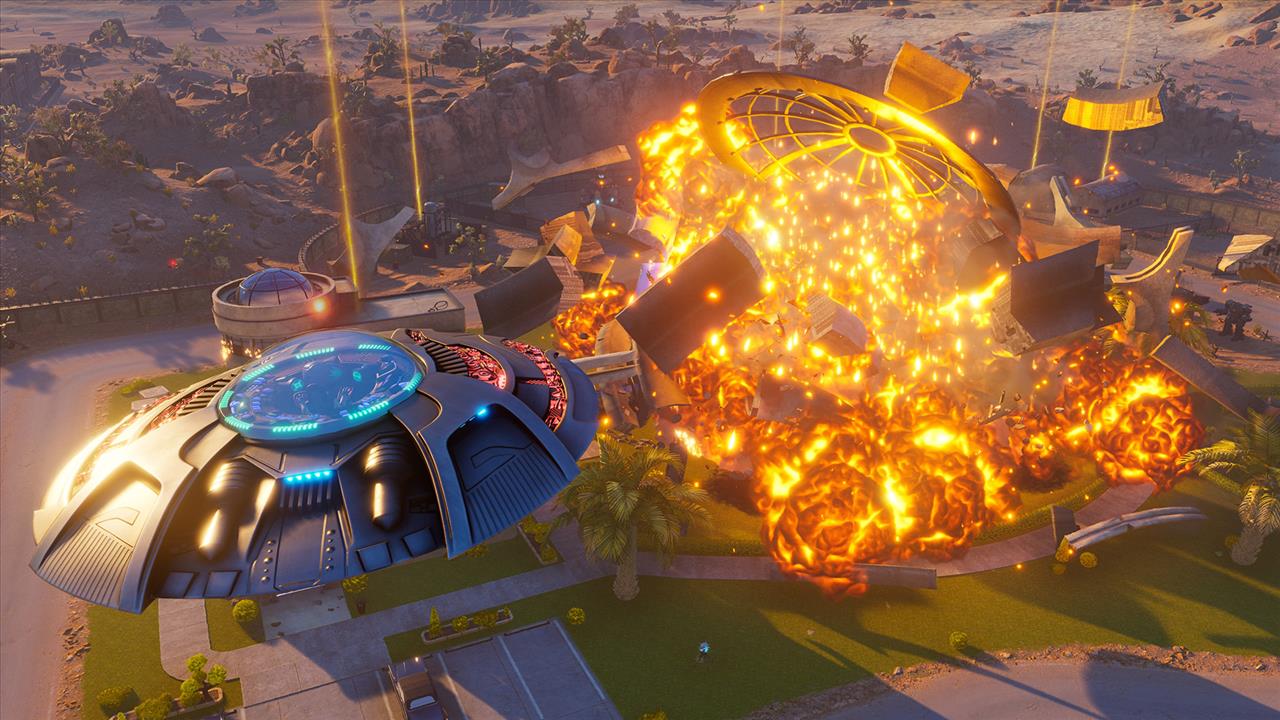 Crypto’s saucer and each of his abilities can be upgraded in Pox’s lab, enabling maximum destruction. But enhancements come at a price--human DNA. That’s right, brain stems are the currency of Destroy All Humans!

True to the original, the developers left the Destroy All Humans! storyline mostly unaltered. Crypto’s primary objectives are still to determine the whereabouts of his predecessor, Crypto-116, and vanquish humanity. And his human rivals, General Armquist and Silhouette, the masked leader of Majestic, are still doing everything in their power to stop him. 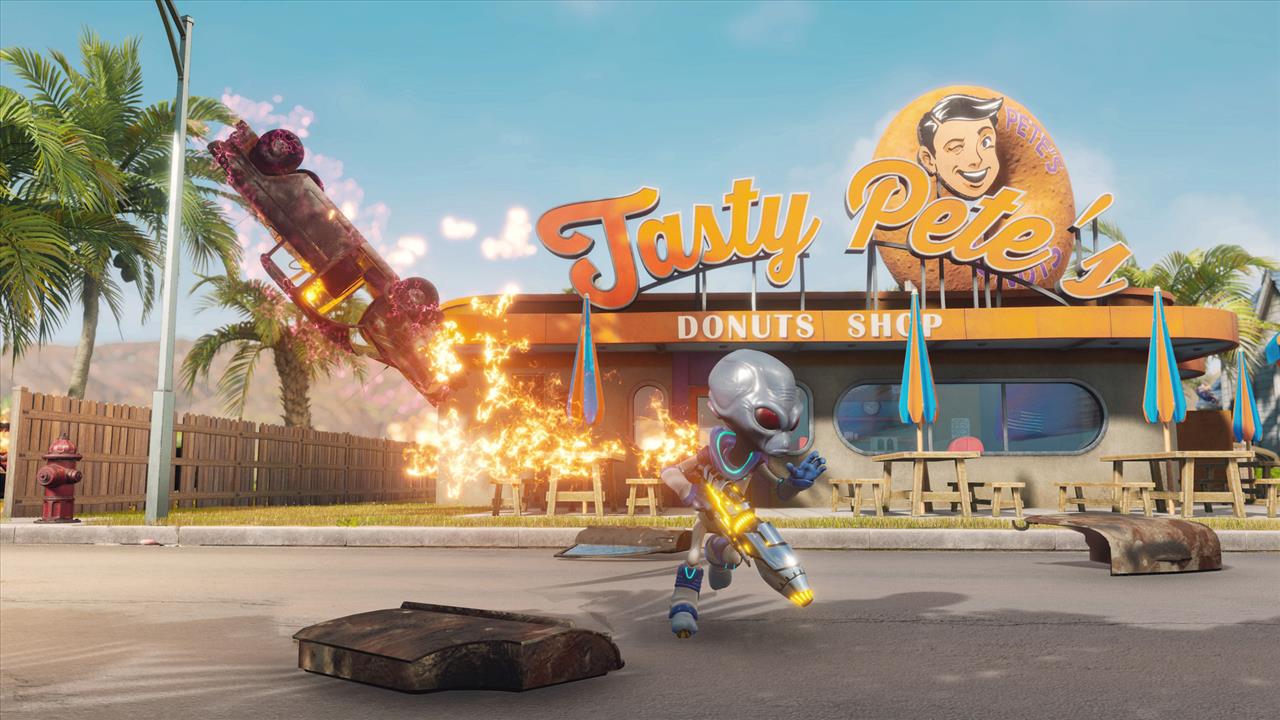 It’s a linear experience spread across six explorable maps, from the rural Turnipseed Farm to ocean side Santa Modesta. You can even explore the government’s clandestine experimental facilities of Area 42. These locations aren’t massive, but just about everything is destructible, which allows for quite a bit of fun.

As you initiate mayhem across town, your alert level will escalate. Cops will transition to soldiers, government agents, and tanks. It won’t take long before you encounter larger waves of hostile forces. But enemy AI is predictable and easy to eliminate or evade. Unless Crypto sits still, death should be rare. While this isn’t a dealbreaker by any means, it does reduce the game’s total playability. 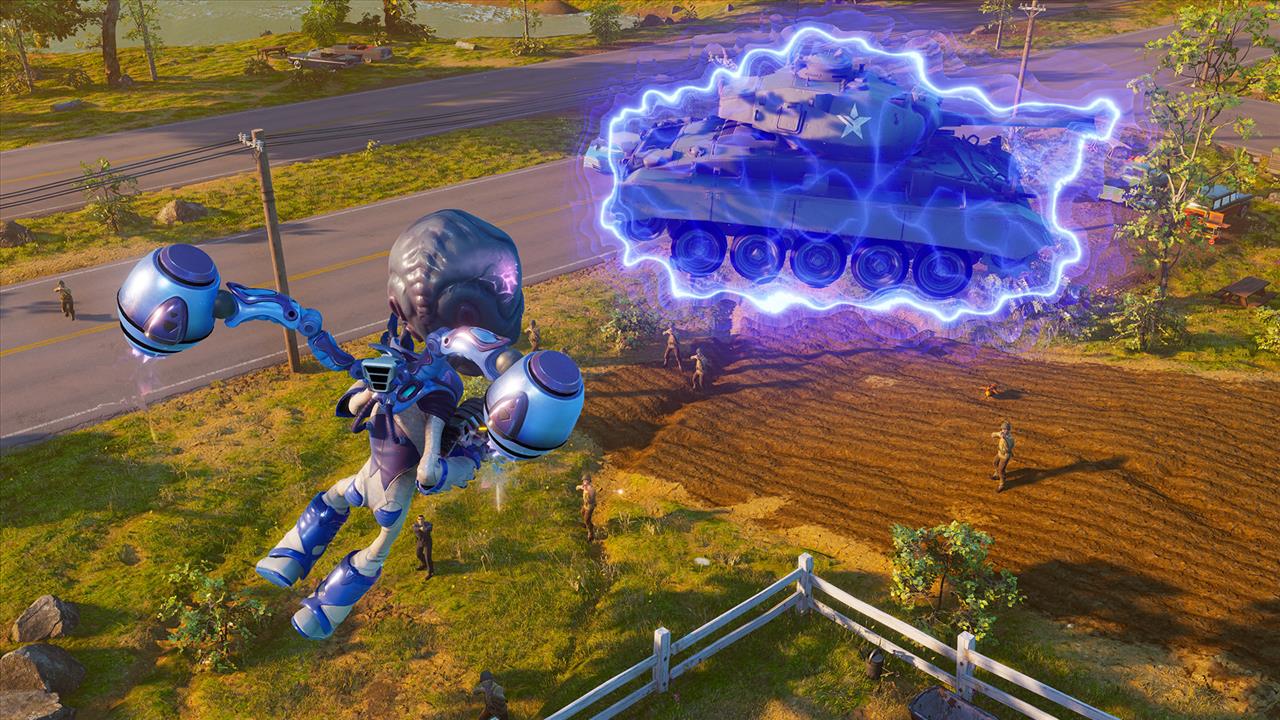 Mission objectives are also somewhat predictable and repetitive: race, defend, kill, destroy, abduct. But it’s a healthy mix of the bunch, so it takes a while to grow stale. Plus, the storyline throws in enough twists and exciting cutscenes to keep things interesting.

Each location also hosts four types of side challenges, such as Rampage, Race, Abduction, and Armageddon. Ever been curious how many cows you can abduct in two minutes? Well, now’s your chance to answer that age-old curiosity! 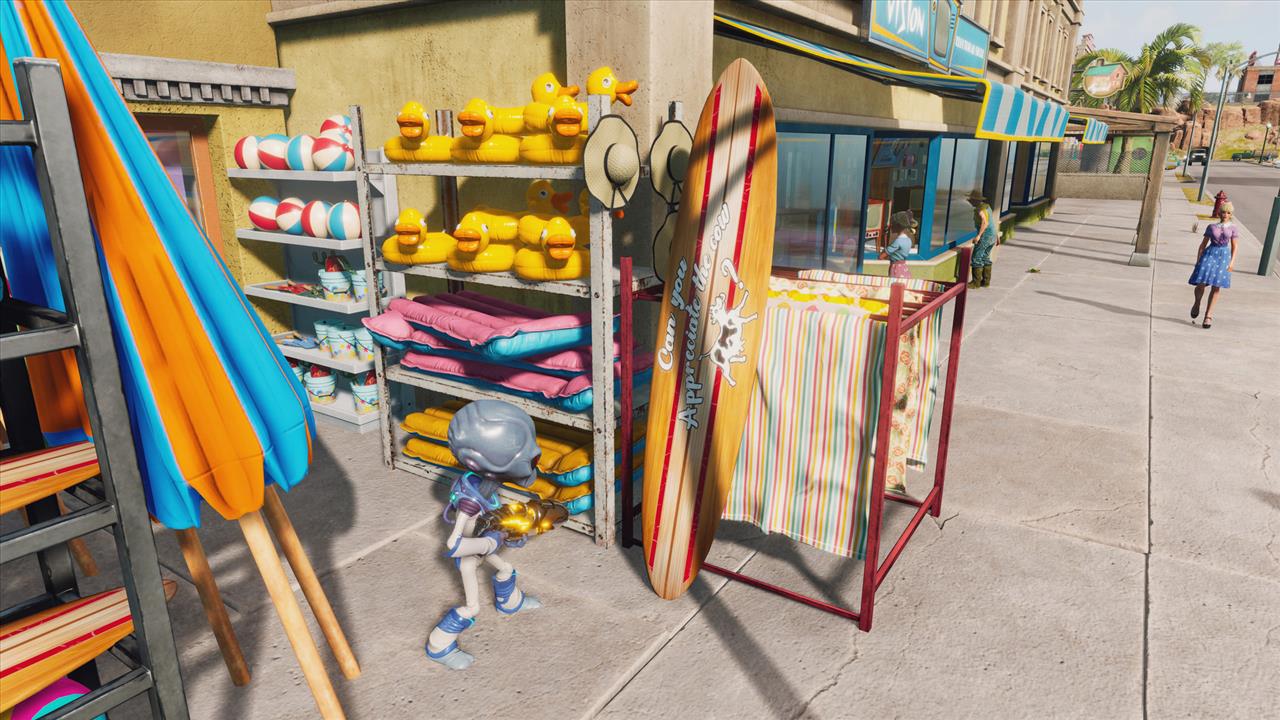 From the onset of the campaign, it’s quite clear that the government controls the media. Newspaper headlines always attribute the cataclysmic fallout from Crypto’s missions of destruction to communist meddling or freak accidents. Widespread UFO sightings? Must be the commies. Serial sniper on the loose? Must be a commie spy. Blaming the communists always quells an uproarious crowd.

We can’t review the Destroy All Humans! remake without discussing its humor. To put it simply, it’s a lot. Keep in mind, the developers left the initial game’s storyline and dialogue mostly untouched, so the material is inherently dated. But the humor is very hit or miss. You’ll have a hard time playing through the campaign without a sigh or cringe. The jokes aren’t overly raunchy or offensive, but the humor is relentless. 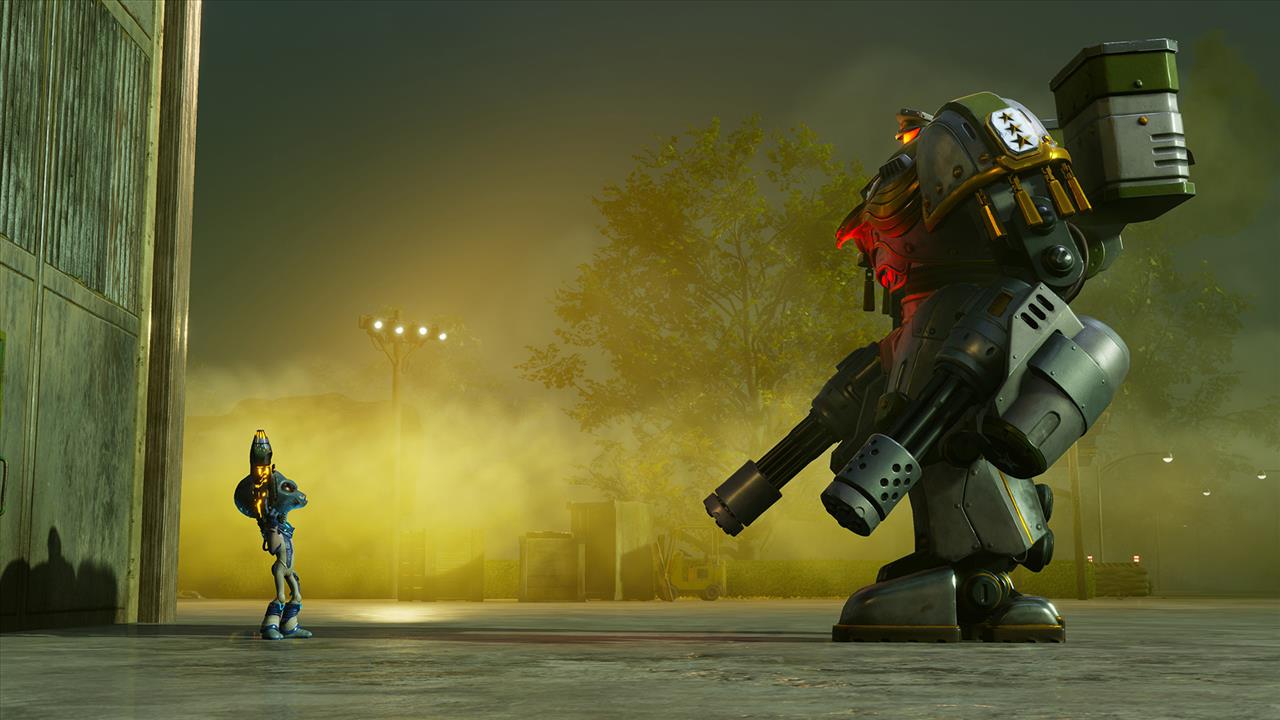 Personally, I enjoyed reading the newspaper front pages inserted between missions, which provided ludicrous justifications for the bizarre events taking place. Although the newspaper copy isn’t pertinent to the story, I found it entertaining. The developers snuck in a few gems like “Gray voted most popular color by colorblinds” or “Good news for farmers — radiation might increase plant growth.” It’s the little things that set Destroy All Humans! apart.

It's clear that Destroy All Humans! wasn't designed to be the most graphically enhanced title with flawless in-game mechanics and a gripping storyline. Instead, its developers focused on creating a fun experience. And they succeeded.

Destroy All Humans! is not a complicated or even particularly difficult game. But it sticks to the original game's strengths.