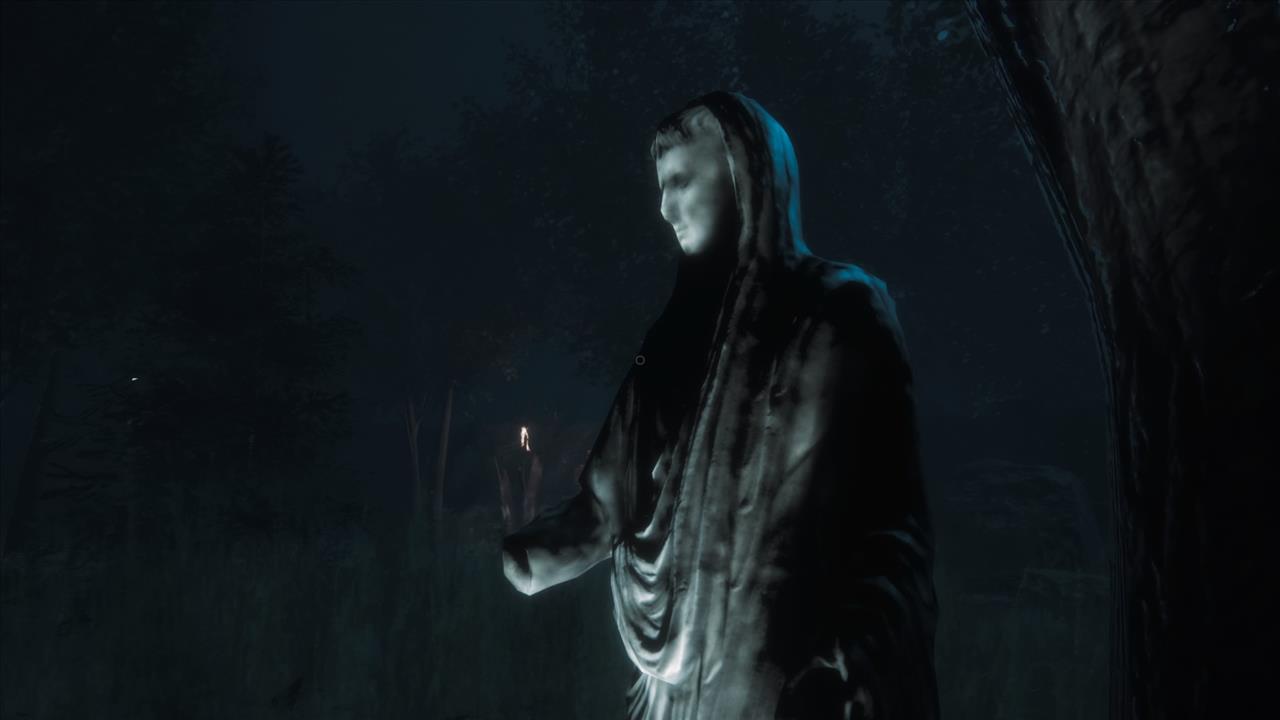 As a game reviewer, I tend to rate games on the higher end of the scale. I am committed to being impartial in my assessment of video games. Nonetheless, I find that my experiences working in software development make me a bit of a light touch. I know how difficult it is to bring a piece of software to market. I have empathy for folks making games. I truly believe in the adage that “no one sets out to make a bad game,” and only on occasion have I fired upon a video game with both barrels. A game needs to be darn near unplayable to earn my unfiltered ire. I’m a softy.

I say this, because I may be going a little soft on Maid of Sker. Then again, Maid of Sker is not an unplayable game. This is not going to be one of those reviews where I wrack my brain looking for clever ways to slam the game. But I must admit that I’m pretty hard pressed to come up with any reasons a modern gamer would want to play Maid of Sker, especially on a base PlayStation 4. It is possible to struggle through to the end of Maid of Sker, but the rewards for doing so are so scant that I imagine most players will peel off in the first hour or two. 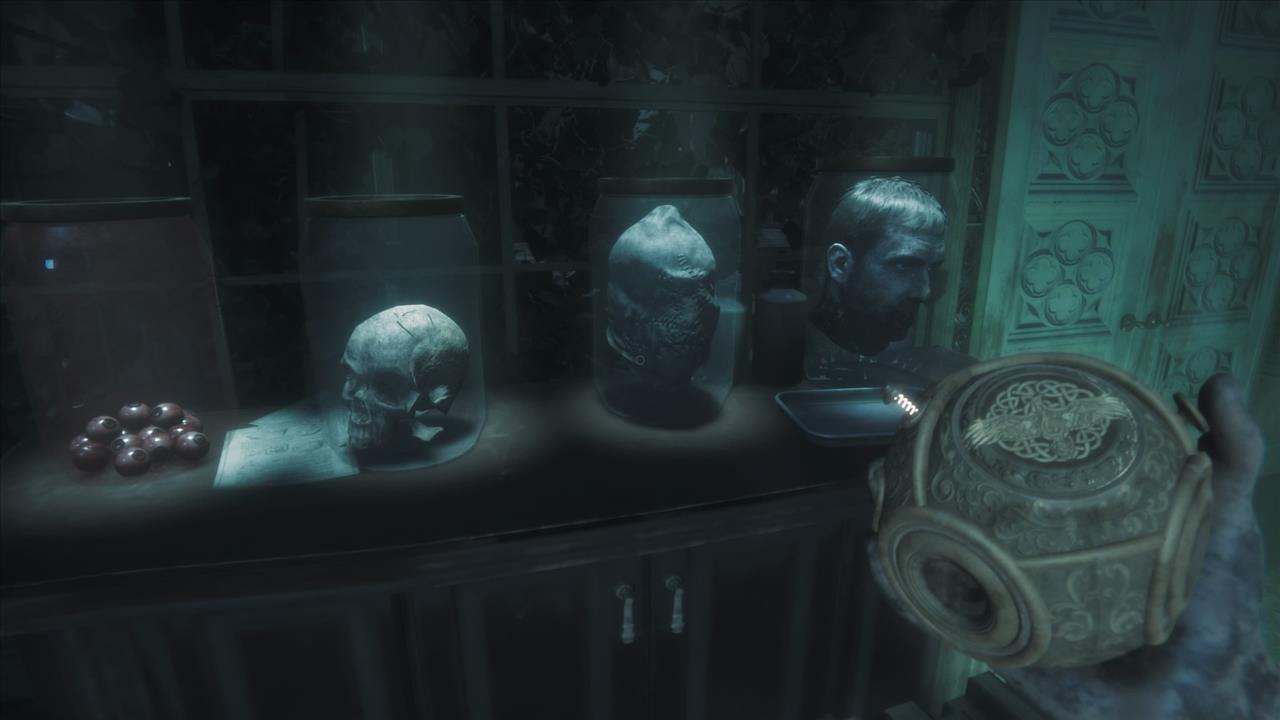 I was super excited to play Maid of Sker. I requested the review almost a year ago, and was anxiously looking forward to digging into what seemed like an amazing alternative horror title. Based heavily upon British folklore, the story elements in Maid of Sker are actually pretty cool. Players take on the role of a British chap, drawn to secluded Sker Hotel in search of his missing fiancee, Elizabeth. The daughter of a famous singer, Elizabeth has been pressed by her father into performing at the grand reopening of his creep-show hotel.

Entering the hotel and exploring the grounds around it, the player will slowly uncover a tale of occultism, torture, piracy, kidnapping…the list goes on from there. These Sker folks were majorly messed up. The story is delivered through a variety of environmental means, from recordings that play at save points to notes found scattered about the grounds. Taking the time to read this stuff is one of main draws of Maid of Sker. There are a lot of bad decisions behind the failure of this hotel, and people aren’t hanging from the trees surrounding it for no reason. 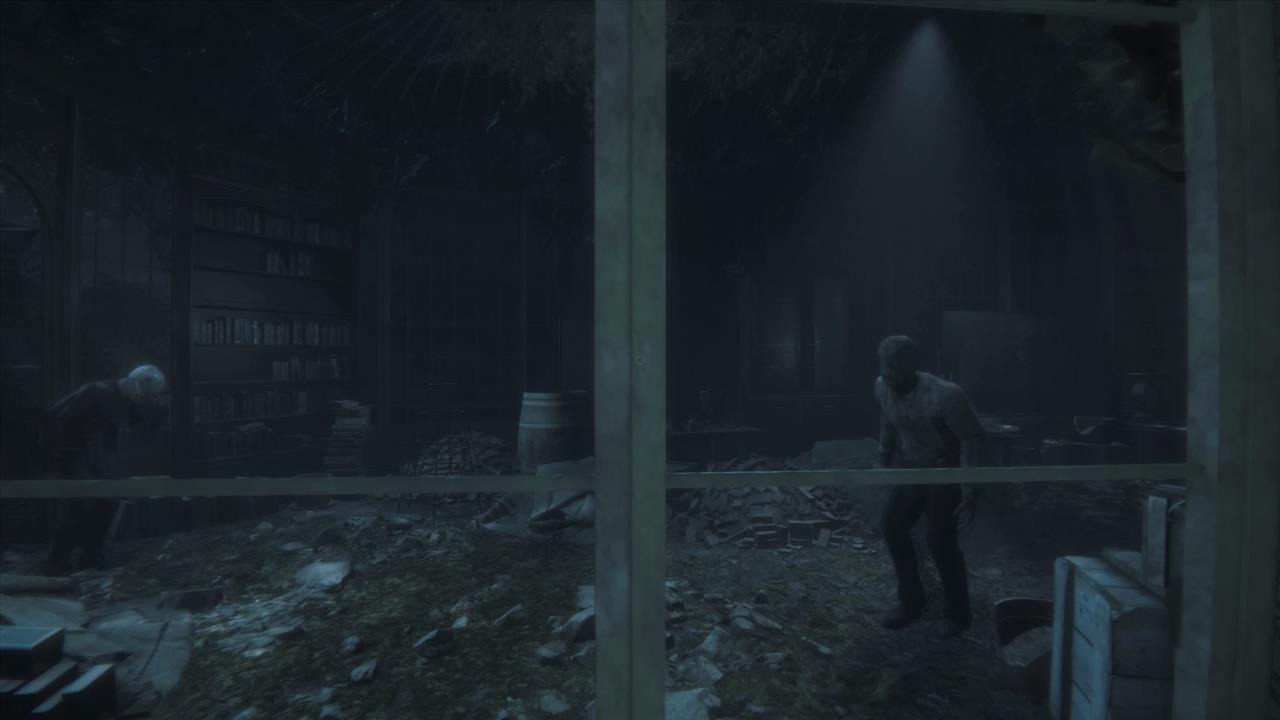 But the original and cool story is just about the only thing I can recommend about Maid of Sker. This game is just…rough. I’ve been playing on a base model PS4, and the screenshots in this article are taken directly from my playthrough. Though the screens and trailers you may have seen online (on Steam, for example) look pretty decent, on PS4 this game looks and runs like something from 20 years ago.

It is not an unkindness to compare the visuals in Maid of Sker to a PS2 game. The textures on display in this game are beyond muddy. Grass clips through the ground. Characters slide about slightly out of sync with the gait of their animations. Foliage looks…well….like the foliage from a PS2 game. Light sources don’t really seem to light anything around them. The framerate regularly dips into single digits for no apparent reason.

Not every game needs to be a graphical home run to be successful, of course. But in addition to all of these visual fidelity issues, the entire game is filled with an almost tactile murkiness. Playing Maid of Sker had me repeatedly pulling my glasses from my face and trying to clean them, because the images I was seeing looked so smudged. I had the brightness cranked well beyond what was recommended, and I still couldn’t see what was going on. There is a layer of visual goop between the player and Maid of Sker, and it creates a serious disconnect.

The weird smudginess in Maid of Sker isn’t just another graphical complaint. This murky lack of visibility directly impacts the player’s ability to succeed at the game. Beyond the standard exploration—which is shockingly linear—Maid of Sker includes a very strange attempt at stealth gameplay. Dudes with bags on their heads wander the grounds of the hotel. Supposedly, these guys are blind; only able to hear players if they move, and maybe breathe? None of these mechanics are ever explained too well. But often, these wandering clowns will detect you when you are standing stock still and holding your breath. Their behavior is highly unpredictable, which makes avoiding them deeply tedious and frustrating. 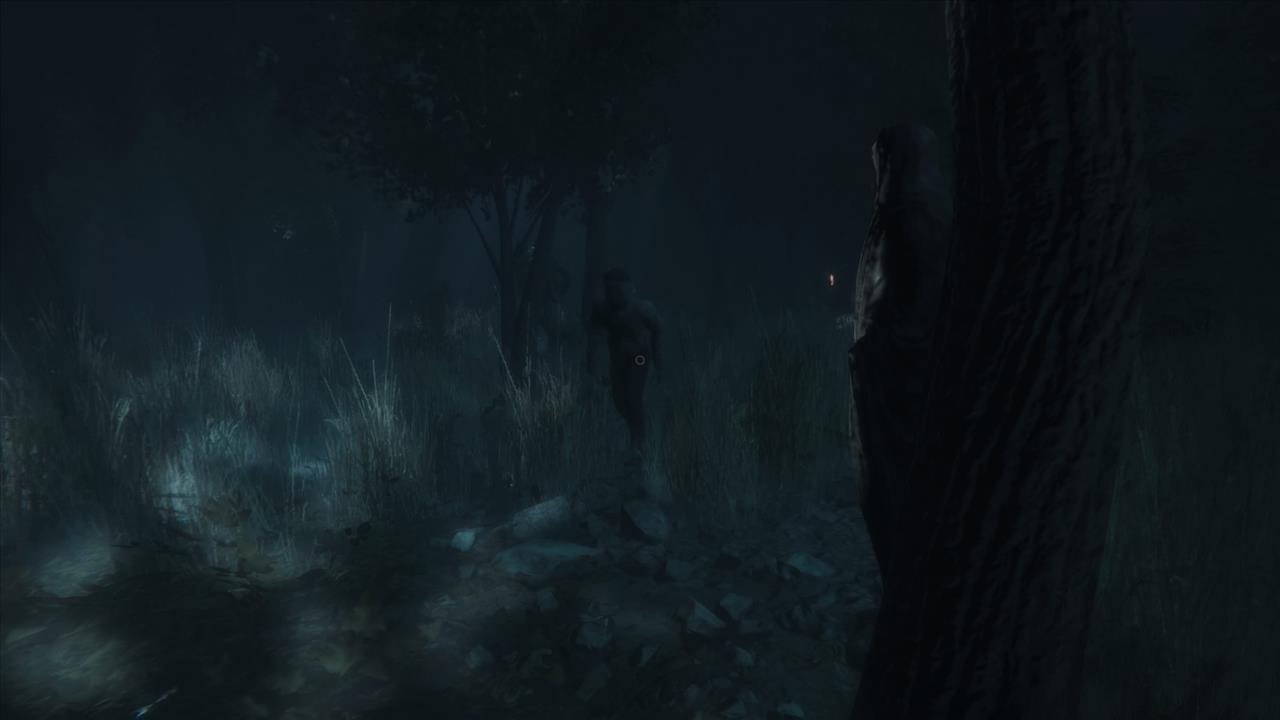 If you just have one or two baddies to sneak past, that can sometimes be manageable. But Maid of Sker tosses players into open areas which contain five or six of these dudes. This would be less of a problem if you could see far enough into the cloudy world to gauge their movement patterns. But with your vision obscured by the murky visuals, getting caught by these guys becomes a roll of the dice.

To frustrate even further, these areas often contain switch-flipping puzzles. Several switches will be scattered about. The player must find them all (difficult), and then flip the in the correct order to open a door (next to impossible), and escape to the next area (sigh). There seems to be no rhyme or reason to the order—leaving the player stumbling in the dark, attempting to solve the puzzle by trial and error, all the while getting beaten to death by the bag head dudes who come seemingly out of nowhere. 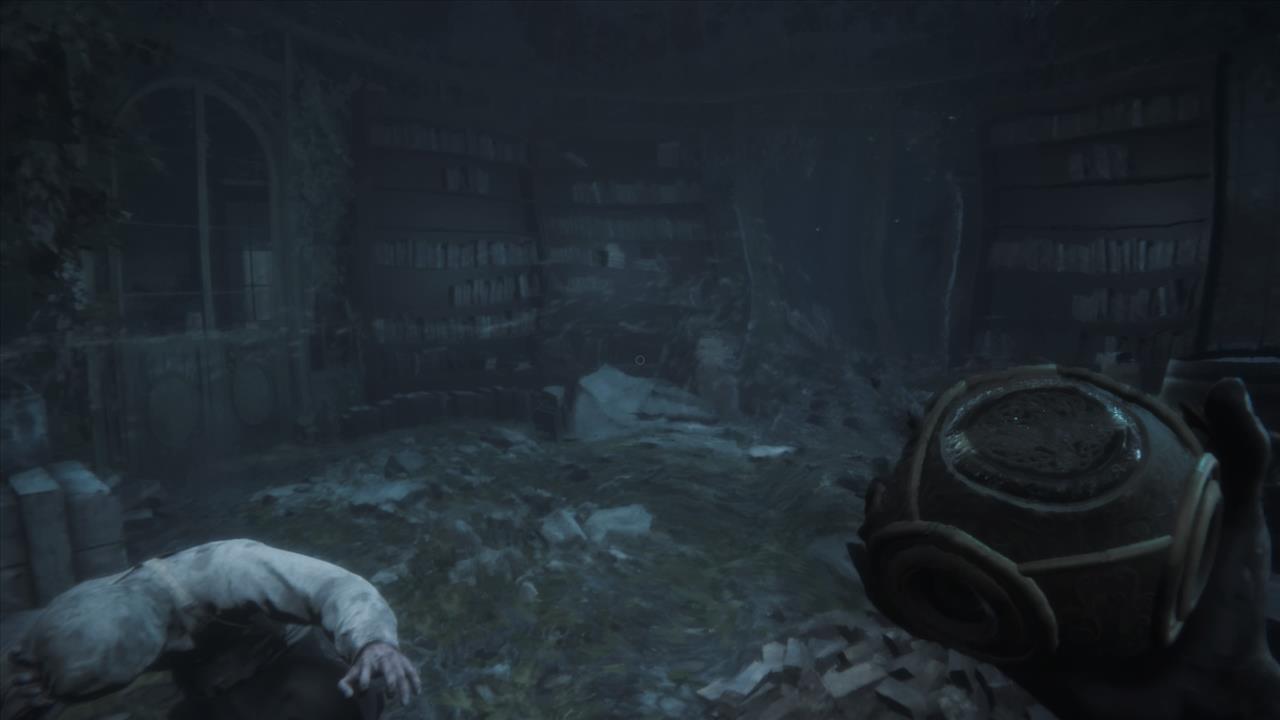 Now, throw in a completely unforgiving manual save system, and you have a recipe for players bouncing off the game like a superball off cement. There is no autosave system in Maid of Sker, which can lead to players losing a ton of progress if they mistakenly walk past a save point—which are often hidden behind doors. So, if you spend a bunch of time solving a puzzle and avoiding the bag heads, and progress to the next area, choosing to go through one door instead of the other can take you right past a save point and into the lap of another bag head—who promptly beats you to death, sending you back to your last save, to solve the puzzle again. Does this suck? Yes, it totally sucks.

So much of Maid of Sker is crippled by the muddy visuals. If players could simply see what was happening, this game could be pretty fun. But as it is, there is no way to form a sensible plan to avoid the wandering oafs. Stealth gameplay doesn’t work if the world feels random and the rules are undefined. There is nothing scary or fun about knowing that bad guys are wandering in the dark, and having no way to feasibly avoid them. When I died in Maid of Sker, I never felt like I was dying because I'd messed up. I felt like I was dying because the game was screwing me.

While I respect what is being attempted with Maid of Sker, I can’t help but wish I had played the game on PC. If the visuals being represented on Steam are accurate, that version of the game may be a very different experience from what is found on the PlayStation 4. The clarity in the visuals of a more optimized version of Maid of Sker might very well make the difference between a fun, creepy horror title and a disheartening slog.

Maid of Sker is a long, linear hike through a very murky, muddy game world. Interesting story beats can't overcome the fact that Maid of Sker looks and plays like a frustrating game from an earlier era. Obscured visuals prevent any fun from being had with the stealth gameplay, leaving deaths feeling random and unpredictable. This hotel is best avoided, for reasons beyond its tortured history.