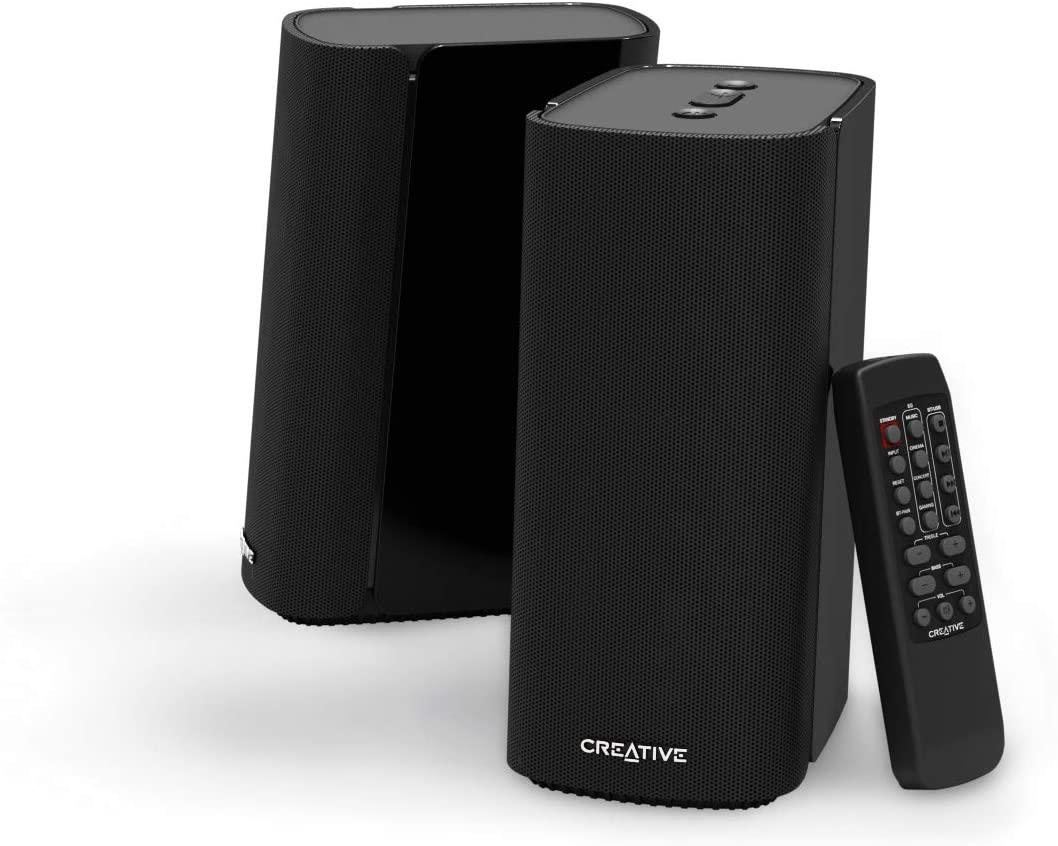 Desktop speakers are not a dead product. There, I said it.

As the world looks for the latest and greatest headphones to support portability, Creative Labs knows there are still plenty of consumers out there who need desktop options. Not everyone is a streamer or an on-the-go worker in today’s society. While desktop options range anywhere from $20 to $500, there are fantastic options that aren’t going to break the bank. The T100 speakers from Creative find that sweet spot of fantastic audio, multiple sourcing options and good price point.

As is standard with our audio reviews, let’s look at the tale of the tape for the T100s.

There isn’t much here that will be truly eye-popping. The drivers provide a nice kick and the frequency response is more than adequate for the design. The Bluetooth 5.0 connection is fantastic as it provides a quick option to stream from another source that isn’t the PC if every bit of processing power is needed for a project. The satellites themselves are minimalist in nature at just 8.2 inches tall, meaning they aren’t going to take up that much space, yet they provide a sleek look on any desk. The all-black look is as simple as it gets, so if you’re looking for RGB flashiness, you’ll want to look elsewhere. Besides, you want all the power going to these speakers. 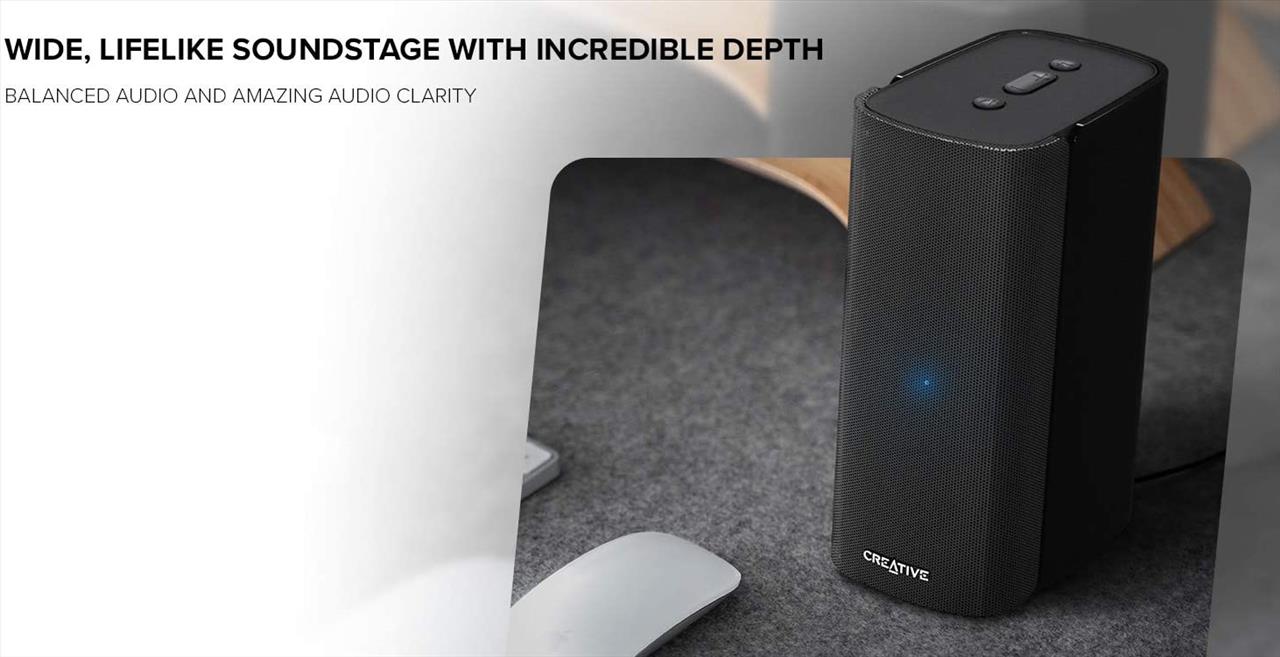 It’s hard to believe the sound quality that comes from the T100s, given their size. There’s no subwoofer, no complicated console, and a handy remote gives a user full control over how the speakers kick. Creative opted to keep it all housed in just the two satellites. For the Low Frequency Effect, BasX-Port technology is used to provide those bass kicks. To my surprise, it’s not just for show: The bass has a solid kick but nothing overbearing that will wake up the neighbors like a downward firing sub in a full setup.

Desktop speakers usually suffer from one major flaw that is almost always associated with not enough power, but at 40W combined RMS for the onboard amp, Creative fixed a potential issue before it became a problem. It’s impressive, especially when there are three audio source options to deal with and one of those is Bluetooth.

Most desktop speakers offer one simple connection, usually a 3.5mm cable into the speaker port on the tower or laptop. The T100s offer both 3.5mm and Digital Optical. Most onboard audio will utilize the optical in the form of a Sony/Philips Digital Interface (S/PDIF on your audio settings menu), and that’s the case here. The simple aux port honestly put out good quality sound, but the T100s truly shine on digital. As someone who has kept his volume level consistently above 80 with his old Logitech speakers, it was refreshing to have to put my volume level below 40 because anything above that was considered too loud. 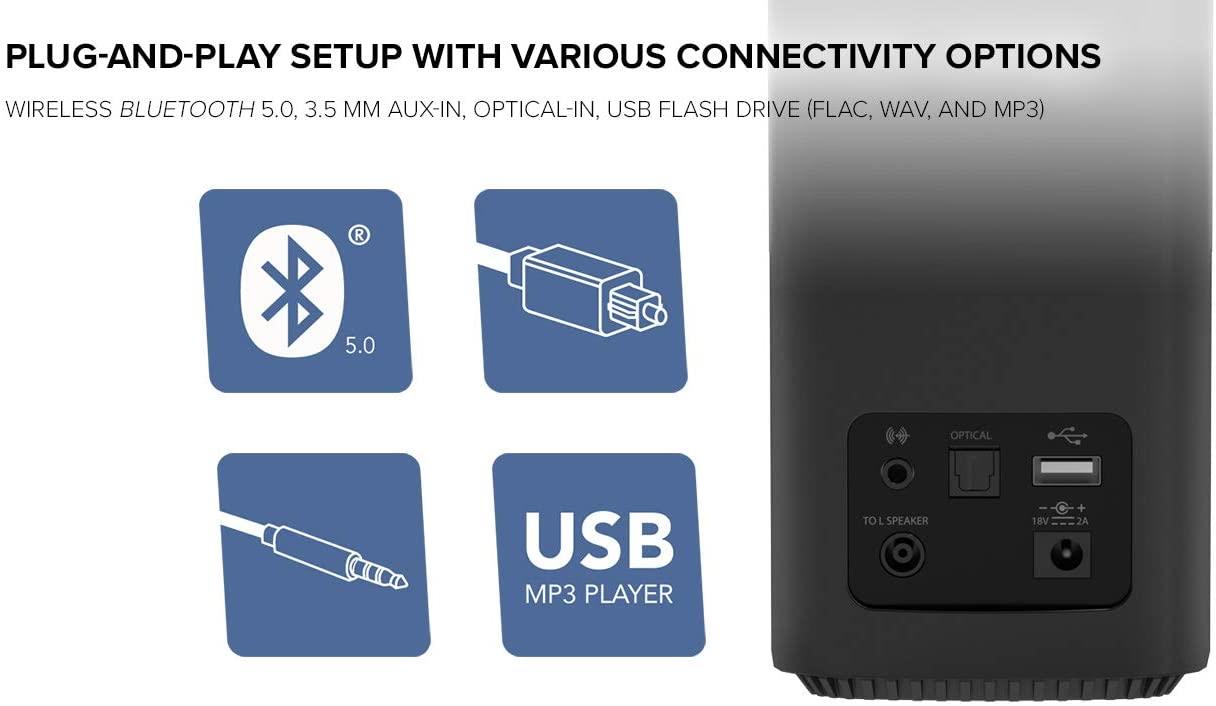 As mentioned before, Bluetooth 5.0 is also an option here. Pairing is as simple as it gets: Hold the source button and pair the device on your menu. It might be a bit confusing at first because the only way to tell what source the speakers are on is the small LED light on the right satellite in between the two drivers. Regardless: The bluetooth connection is crisp, clear, and kicks almost as well as the digital optical connection, and that’s how it should be. There’s almost always going to be some sound degradation unless you have a lossless DAC, but that’s going to drive costs up.

A remote for desktop speakers? Why not!

I cannot tell you how happy I was to see a remote with these speakers. Desktop speakers usually are plug and play with some clunky application to download for control. Creative decided not to go with an application and, instead, gave us a remote control. I know I shouldn’t be this excited for a remote, but when I’m working or playing games, I don’t want to have to alt-tab out of programs and go hunting for an application just to adjust sound. 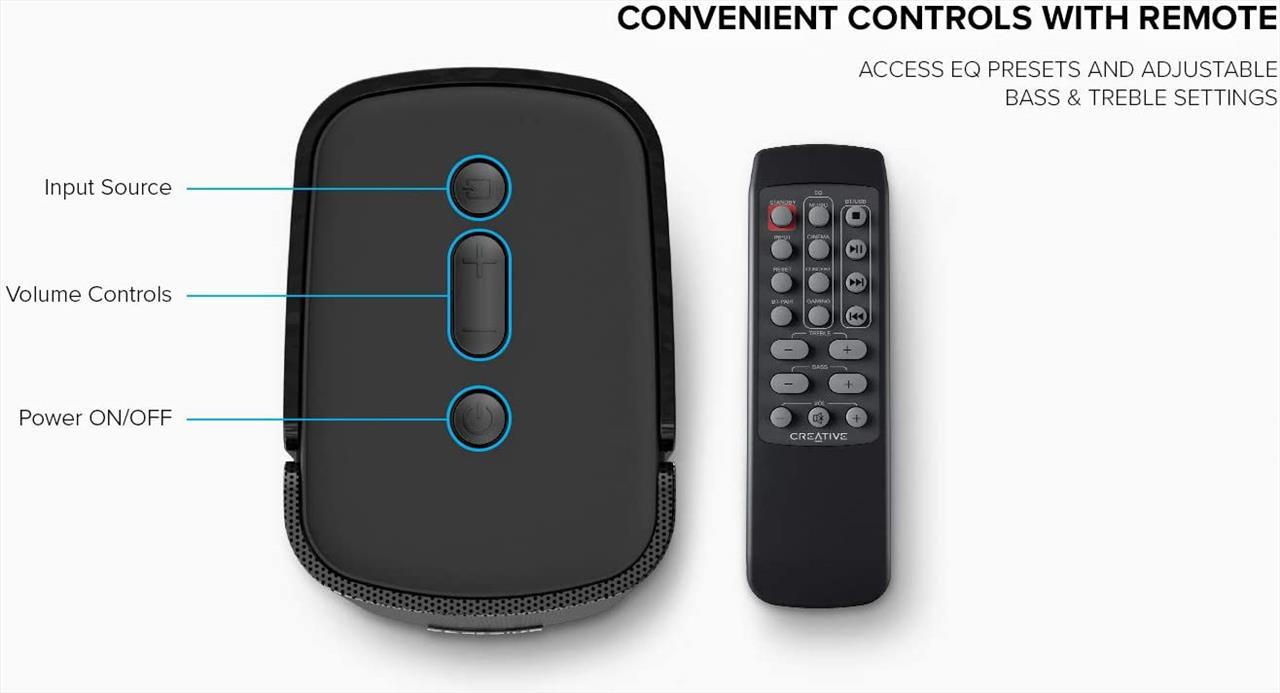 The remote has just enough options to make it worth it: Direct control of bluetooth skipping, four EQ options for music, cinema, concert and gaming, and individual treble, bass and volume. There’s even a quick access button for pairing in case you have a new device. Again: Simplicity goes a long way here. I will say I wouldn’t mind having the app as a backup, especially in case I lose track of the remote like I did for a week upon opening these up.

I mentioned earlier that desktop speaker pricing is all over the map. I’ve seen sets for as cheap as $20 and as much as $500 from most retailers. The sound quality of the T100s, as well as the options that it offers, convinced me that these should be around the $150 mark. Currently, they retail for $99 on Creative’s website and I’ve seen them down as low as $79 on Amazon. I’m hard pressed to find a set of speakers that holds up as well as these do. 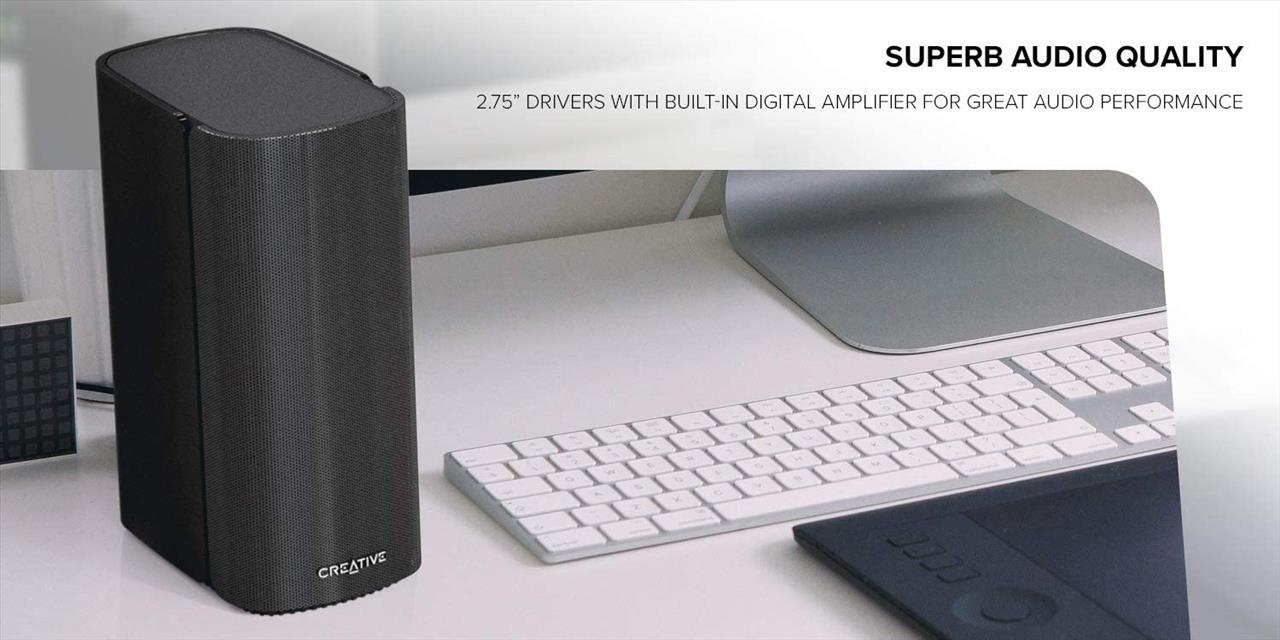 Plain and simple, you’re going to love these speakers. The depth of sound on the digital output alone is worth the price tag, but adding in bluetooth and 3.5mm connections to give multiple options is icing on the cake. It’s the little things that all add up to an incredible value in such a compact package. At under $100, there just aren’t many options that will match up with the T100s.

Rich sound quality. Multiple EQ options and sources. Minimalist design. All for under $100? It's a no-brainer: The Creative T100s are a fantastic sound package for any desktop setup.