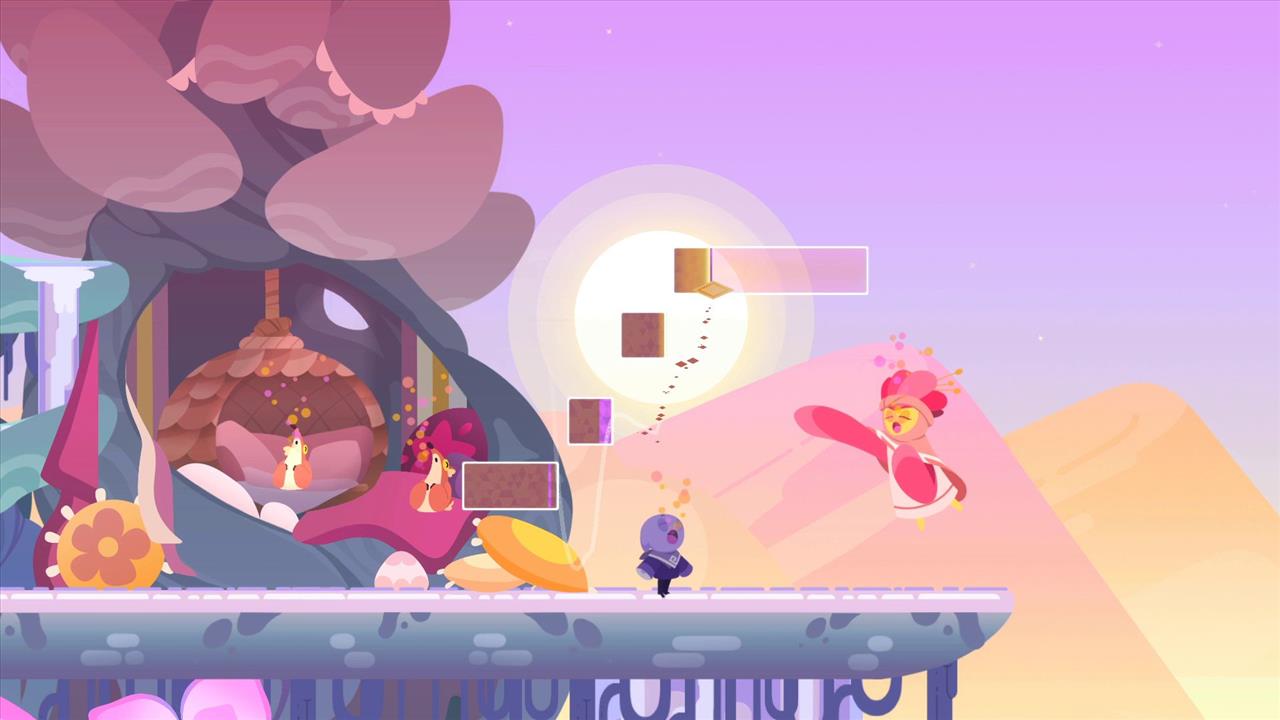 One Hand Clapping was announced June 14 at the Stadia Connect. Developed at HandyGames, One Hand Clapping is the latest in a series of games the company has released for Stadia, including the first "First on Stadia" title Spitlings, and upcoming non-violent stealth adventure El Hijo – A Wild West Tale.

Released on Stadia for the extremely low price of $2.99, this very unusual game has a unique gameplay hook: players sing into a microphone to interact with the world, solve puzzles, and overcome obstacles.

As an Early Access title, One Hand Clapping has this disclaimer on the Stadia Store page:

"We wanted to give you access to the game as soon as possible. The first version contains about a third of the desert area and can be solved in 10 to 20 minutes. We plan to update the game with additional content in a two month interval. The full game will be released in the second half of 2021 with a playtime of three to four hours."

This is an extremely unusual way to release a new game, but one that Stadia players may be excited by. Gaming Nexus had the chance to speak with Philipp Nägelsbach, Publishing/Game Design at HandyGames about One Hand Clapping, its very unique release plan, and what players can expect from the game going forward. 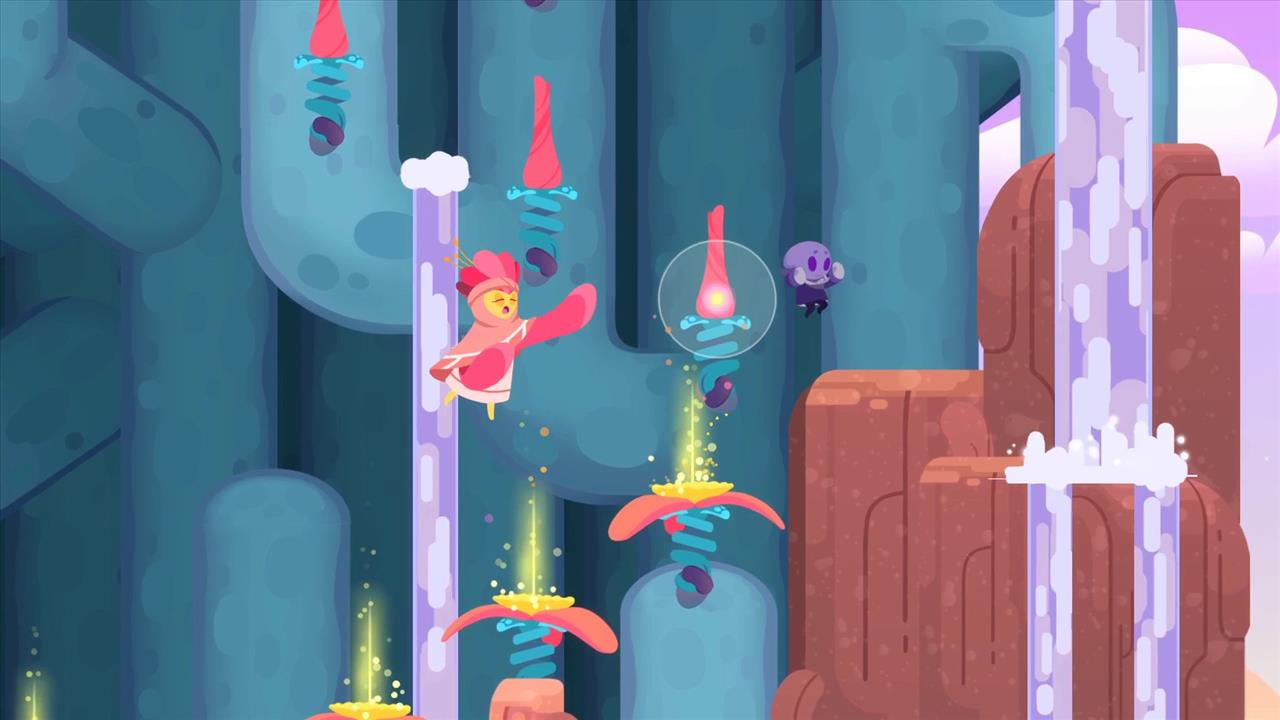 Hi, Philipp. For a little context for our readers, please tell us a little about yourself, your history in the video game industry, and where you are today.

Of course. I have been interested in creating games from very early on, scribbling levels on paper even before I owned any video game myself. My professional work in this field started at HandyGames over 10 years ago and I took different roles in different projects focusing on game design, publishing, or producing.

What is HandyGames’s role in the industry? Are you publishers? Developers? All of the above?

HandyGames celebrated its 20th anniversary this year. In this time, we have evolved from an indie developer to an international publisher for small and midsize studios and projects. We never forgot our roots and are still developing games internally. But under the umbrella of THQ Nordic and the Embracer Group, we signed several really promising and innovative titles, including One Hand Clapping, developed by the Los Angeles-based team Bad Dream Games. 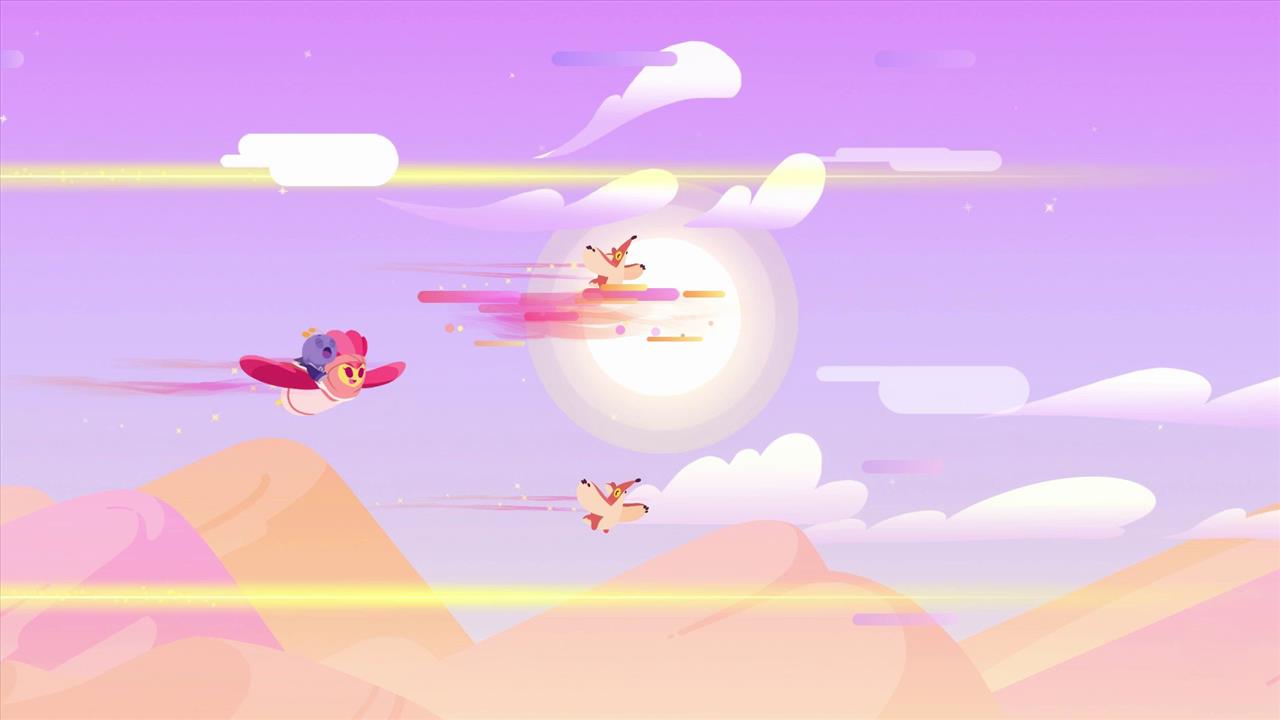 HandyGames previously brought Spitlings to Stadia, as the first “First on Stadia” timed exclusive titles. Is One Hand Clapping also a timed exclusive?

It was great seeing the success of Spitlings, which players loved for the challenging but hilarious co-op mode. With One Hand Clapping, we are even going a step further. Instead of just going exclusive, we also decided to do something unique and release it in Early Access. We would like to go on this journey together with the Stadia Community to get early feedback and make the game even better.

At the same time, you get to see the game grow from the very first playable section to the full version. Similar to the game length, the price will start low and increase over time till we will release the full version in the second half of 2021. So, each player can decide if they want to support the game right from the beginning or join in at a later point. Even if you purchase for a lower price now, you will continue to own the full-priced full version later.

Please give us the elevator pitch for One Hand Clapping. From the sounds of it, you don’t need a controller to play, just a microphone. Is that correct?

You still need a controller or keyboard to move your character, but the world in One Hand Clapping reacts to you singing into the microphone. It’s a game about using your voice to solve puzzles on your musical journey. The game also aims to make players feel more comfortable and confident in singing and grow a stronger connection to their voice.

With singing being the main gameplay mechanic in One Hand Clapping, how will people with less of a singing ability fare in the game? Do you need to be musically talented to succeed?

Don’t be afraid, there is no need to be a talented singer to succeed and have fun playing the game. The game will calibrate to the voice of the player, so it’s never required to sing notes outside of your vocal range. And while good singers may have a small advantage, the game isn’t meant to be super hard and it is designed to improve your singing over its playtime. Usually, there is no pressure involved, so you can take your time and retry different approaches.

What is “Educational Mode”? In what ways does One Hand Clapping help educate players?

Educational mode is an option we want to add in one of the first updates that shows you extra information about what you are singing, like the musical notation. 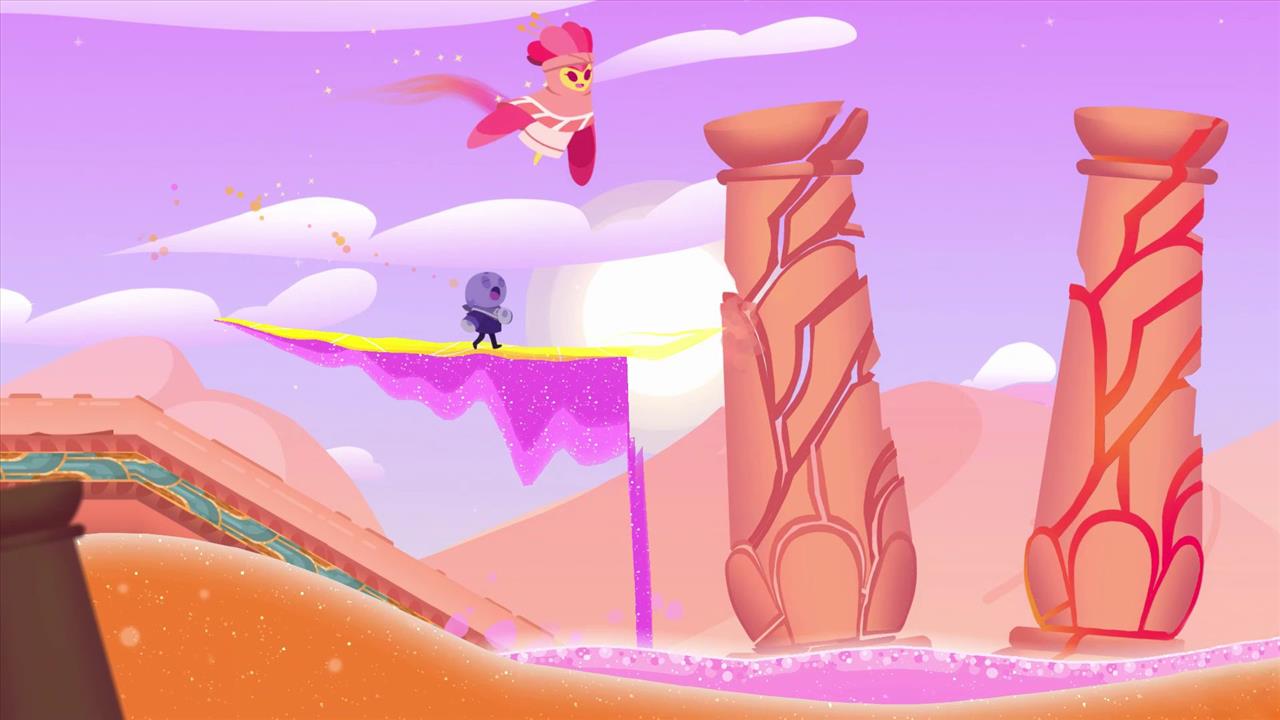 How was the music in One Hand Clapping developed? Was there a single composer, or are there numerous artists involved?

The music is composed by Aaron Spieldenner, who is also working on the sound design in general. His focus is to cut to the emotion of the game – to use sound to immerse the player in a feeling and location, so as to make the play experience as engaging as possible.

Could you describe the basic flow of the game? While I understand that discovery is probably a big part of the experience, the press materials say that there are “six biomes.” What does that mean practically to the player?

These six biomes are different worlds in the game with their own graphical and musical style, as well as a focus on different puzzle mechanics. You visit these worlds one after the other without any loading times in between, meet new characters, solve new puzzles and improve your musical skills. 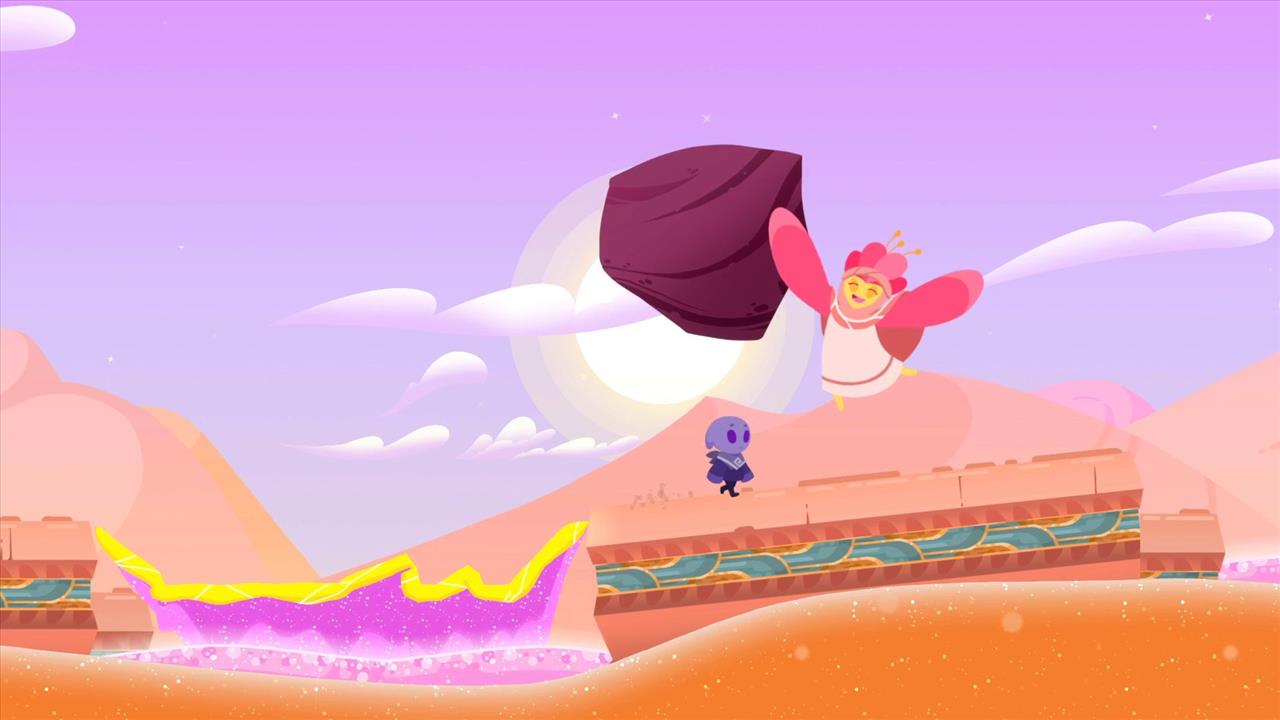 Do the mechanics shift over the course of the game? In what ways must the player adapt to succeed?

While the desert features puzzles based on melody, the mountain will have puzzles revolving around rhythm and so on. We will have puzzles where you will sing different voices in a harmony, adding layers of your singing on top of each other in a sound loop. There is always something new to try out and discover.

There seem to be some earlier versions of One Hand Clapping floating around on the internet. What differentiates this final release version from previous releases? How long has the game been in development?

The current version doesn’t have much in common with the old student demo. We have not reused anything from that. The art style, music, and puzzles are new or improved. We even changed the look of the main characters. Internally, we have prototyped the full game without any art for several months and are now starting to polish all the sections and add art, effects, and music. This first release is only a small glimpse into what the full game will be and, in the beginning, even smaller than the old student demo. We will update the game every two months with new finished sections, so you will see the content grow a lot over time.

In what ways is One Hand Clapping suited to Stadia? Are there any features or gameplay aspects that make it a good fit for streaming?

One Hand Clapping is designed to be a game for everyone and Stadia allows people to play it from everywhere. We are also thinking that the music theme of the game and the fun to share how you solve these puzzles with your unique singing is a great fit for Stadia. We are excited to see the community react and want to build something special together.

Gaming Nexus would like to sincerely thank Philipp Nägelsbach and HandyGames for their participation in this interview.