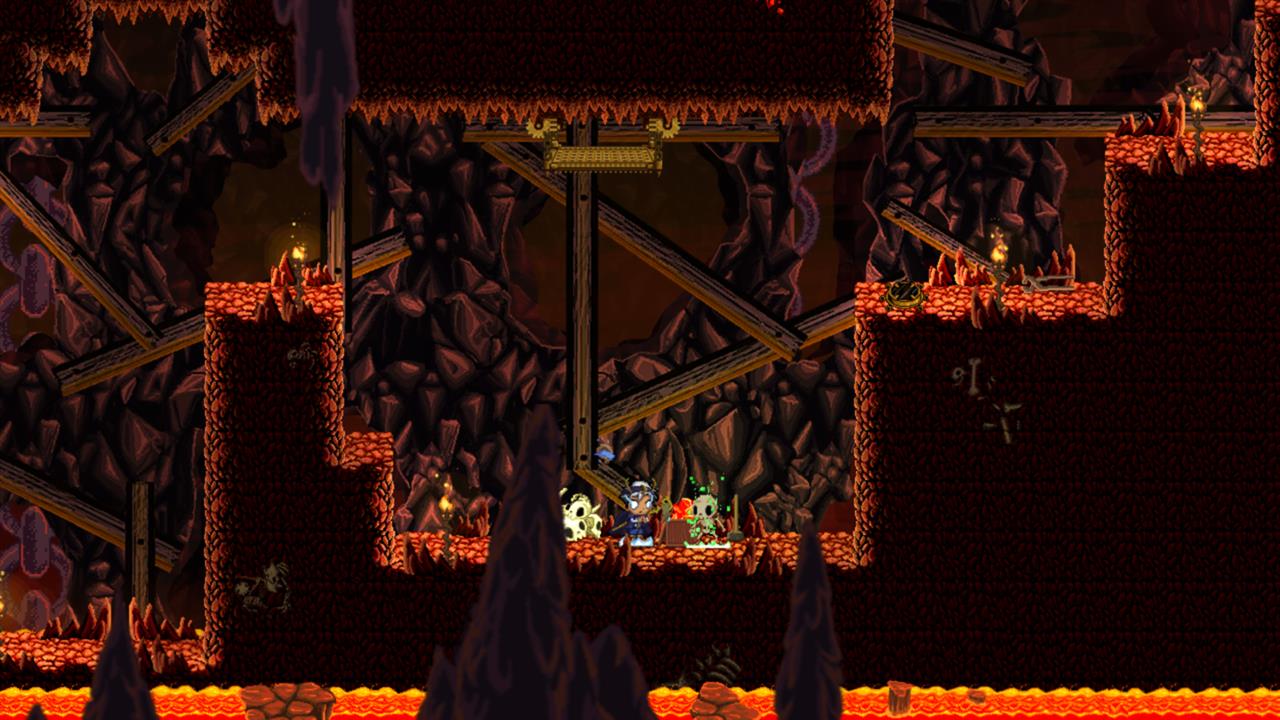 There is so much about REZ PLZ that I adore; and also so much that unnecessarily frustrates me to no end. The review copy I had to work on was plagued with bugs, many gamebreaking. I've held off the review waiting for release and an expected patch that I am told should fix these issues but I can confirm the game went live with the bugs intact. I trust the developers and publishers at their word that the fixes are incoming, only held up in the eShop submission process, so while it is important to note I am writing this on the assumption the bugs will get squashed, do understand that version 1 of this game, while not entirely unplayable, can be a bit of a mess.

Even when version 2 (or 1.1 or whatever naming convention they are going to go with) does release, there are still plenty of quality of life issues that I had with the game. For example, how long would you expect it to take you to pick up where you left off in a puzzle platformer equipped with a save feature? A single click? Maybe two? Three tops, right? One to start, one to confirm your last save, one to confirm your last mission. How about a dozen or more?

Let's take a recent example towards the end of my play when I stopped to count them: 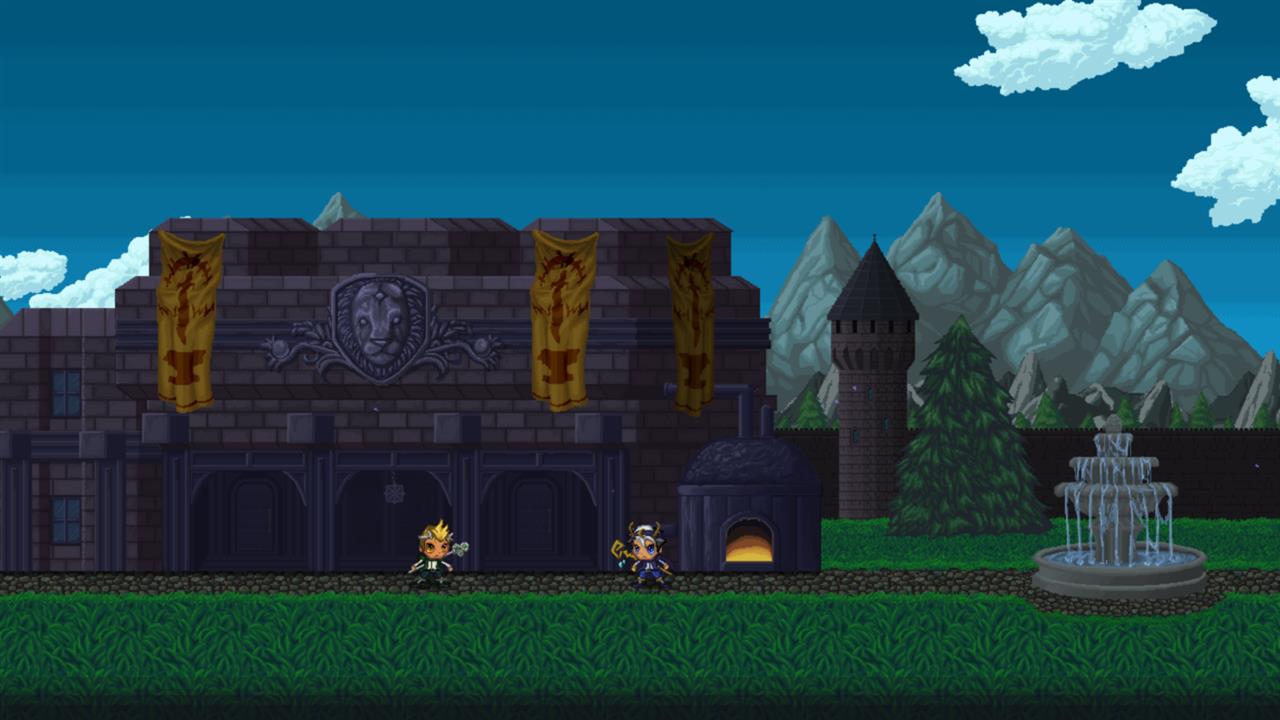 So there's that. There's the odd choices and inconsistencies in the menu fonts and styling that make things difficult to decipher—menus are dark and difficult to read, Chapter titles are ornate and laden with gold. The whole game is squished onto the Switch's 6.2 inch LCD. Porting games is sometimes more art than tech. Just because it runs doesn't mean it plays. I'm not even talking about the bugs. I mean the too small fonts in the character dialogue, missed visual clues in some of the puzzles, all sorts of things that just melt away when you plug the Switch into the dock and project the game on to a bigger screen. Not only do the puzzle clues then take full view, but the beautiful and cartoonish pixel art in the graphics finally get their chance to shine as well. The control scheme is well thought out, all the actions map well to the gamepad, but it's the translation to small screen that feels so...annoying.

And then there is the brilliant gameplay to make it all worthwhile. After wading through bad fonts, menus that run too deep, and options that are lost on every restart, you finally get into the actual game, and it's a joy to play. The game itself is a puzzle platformer played between the interactions of two brother wizards. The key mechanic is death, or rather utilizing the death of your sibling to vault past the next challenge, then resurrecting them on the other side. Whether it's using their body as protection from spikes or using their skull to trigger a switch, it's always a two man job, err...one man and a corpse. 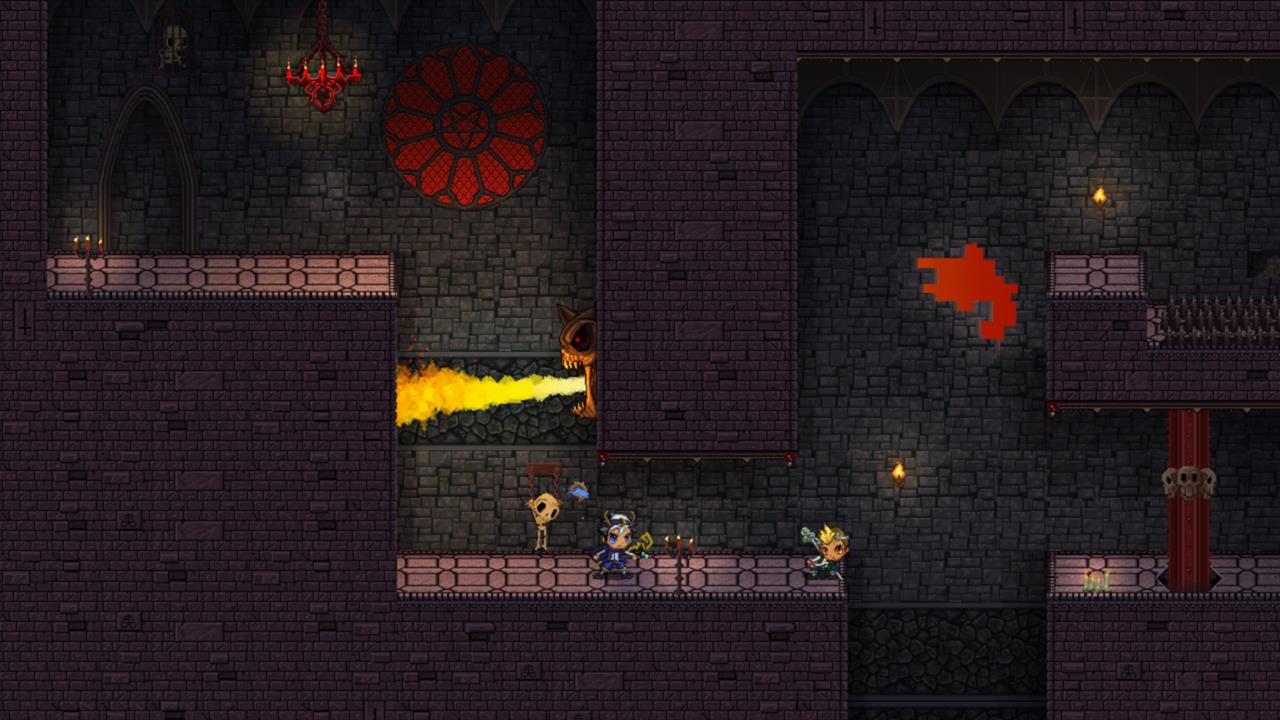 The game does well to mostly teach you how to play. You start with the simple resurrection mechanic, but your arsenal of wizardry adds with each chapter. Turning yourself to stone, riding dragons, or at least floating on chubby little baby dragons by holding tight to their sub little legs, catching and throwing fireballs; each new mechanic can be used in a multitude of ways to overcome the new challenges to coincide with them. When first presented with a new mechanic, the uses and puzzles are fairly straightforward, but more interesting uses present themselves quickly.

Most challenges also present in two phases, the first to vault one brother, the second to carry the other safely through. Death is the primary mechanic, but it's a losing play to always chose it as the way forward. While you can skip many of the second phases by just resurrecting your bro on the other side, the limit of resurrections stones that serve as lives per character prevent you from walking through to the end on the rez mechanic alone. You have the aforementioned infinite lives mechanic if you wish, but that's best left for first playthroughs and review purposes. Without it, the game presents a wonderful challenge. If some of the particular puzzles are just too much (like in the boss levels), or too flaky (like occasionally having to hit a perfect combo to light a particular urn), then you can turn the infinite lives on/off at will without penalty. 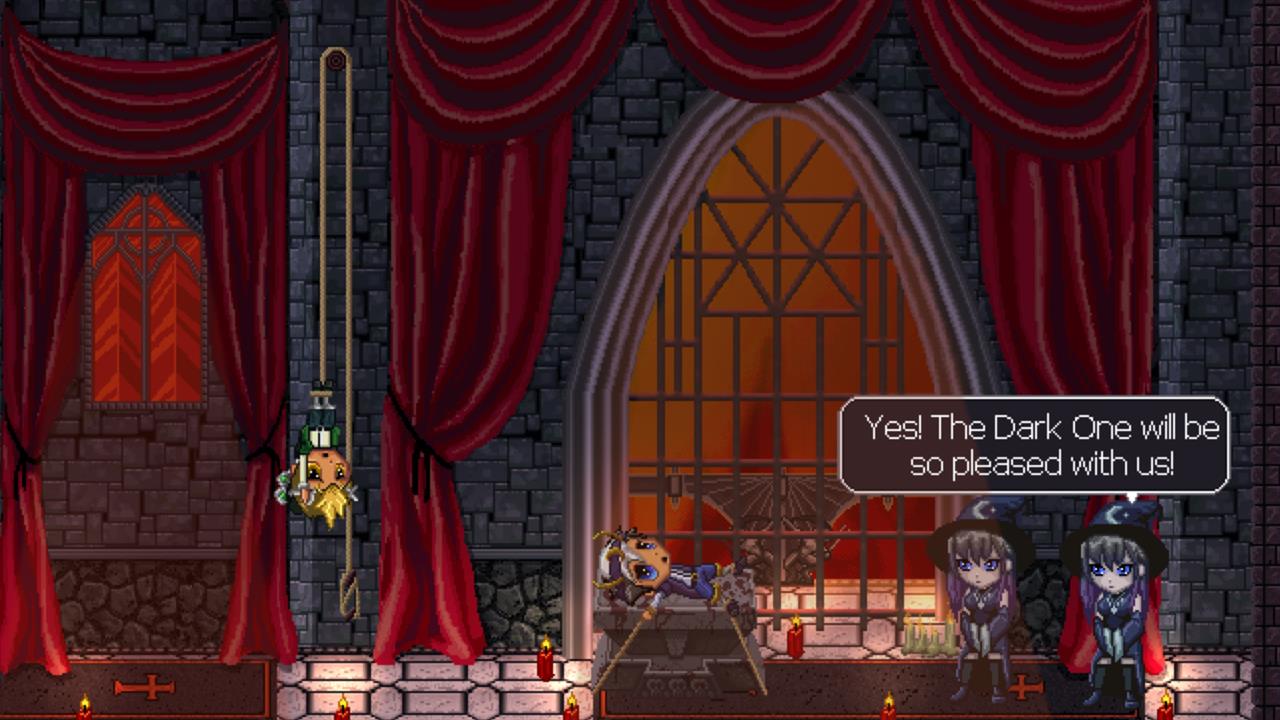 Those boss levels at the end of each chapter really steps up pace. They typically employ a time mechanic into the works as well, so you're not only racing through a gauntlet but also racing against the clock, be it rising lava or what have you. I will sheepishly admit it did take me 48 lives to beat the first boss, the scorecard at the end of the level putting my shame on full display.

It's got difficulty if you want it, fun gameplay, interesting puzzles, a good cadence in progression, attractive visuals in pixel art done well, and even more that I haven't mentioned yet—style, humor, personality. There is so much to love about REZ PLZ, it's just shame the game isn't really optimized for the small screen, and quite the annoyance you have to slog through so many janky menus that look poor, are poorly laid out, and force you way too deep to actually jump into the game. Once in, it's a delight, but can be a souring experience to get there, and the fun can occasionally be spoiled when you're stuck against a puzzle only to realize later the berries you needed to eat to make a giant vine come growing up out of your bowels was there all along, but hung up in a tree and the color palette against the screen size wasn't doing you any favors as you ran past it back and forth. As it stands, the game is no slouch, and a welcome addition to anyone's Switch library. But I'm only calling it good not great, absent those last touches it really needs.

The core of the game is excellent, the gameplay is fun, progression balanced, it has personality, and presents as much difficulty as you are willing to chase flawless runs through the levels. However, there are small quality of life challenges that hold the game back when receiving its due. Streamline the menus and make some tweaks to really optimize the experience on the Switch handheld screen and I would have bumped the score up a notch.