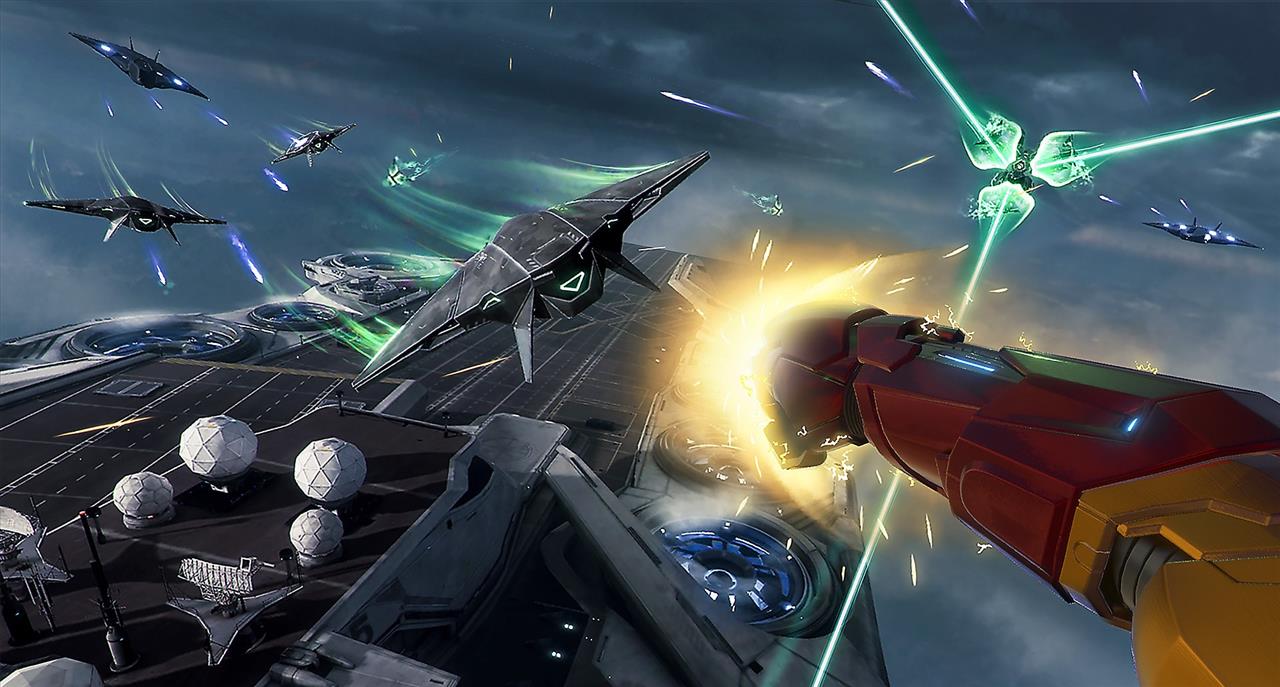 I was wondering what Camouflaj had been up to after Republique had run its course. Seeing their name after the title card for Iron Man VR, I knew that I would be in for a competent story, solid gameplay, and another experiment in VR controls that would be limited by the capabilities of the Move glow-y wands and PS VR hardware. Unfortunately, that proved to be true, and it wound up being the biggest limiting factor in my enjoyment of some interesting ideas, held in check by aging tech.

First thing we need to get out of the way, though, are these controls. I get that the goal here was to make the player feel as much like Iron Man as possible, given that his suit is not a reality…yet. And from a visual standpoint Camouflaj has totally succeeded. But where it all falls apart is with the wonky control scheme, which is mostly due to the Move controllers and their limited functionality.

There are times where these controls do work, like when meandering around Tony Stark’s home, or when you’re not pressed to action and can freely fly around, or when interacting with objects in the world. When it comes to combat though, it’s felt incredibly easy to get overwhelmed and, in turn, struggle with the controls. Flying around while dodging and firing and activating sub-weapons can be a struggle. While holding the Move controllers, activating sub-weapons requires a flick of the wrist downward and held in place until the lock-on reticle gets its targets, and flicking the wrist back will activate the Repulsor beams, which are also prone to overheating, making them a less than ideal primary weapon (until you can upgrade them). This is a game that definitely requires some finesse and skill to master, so expect to replay the missions a few times to get all the research points and stars. 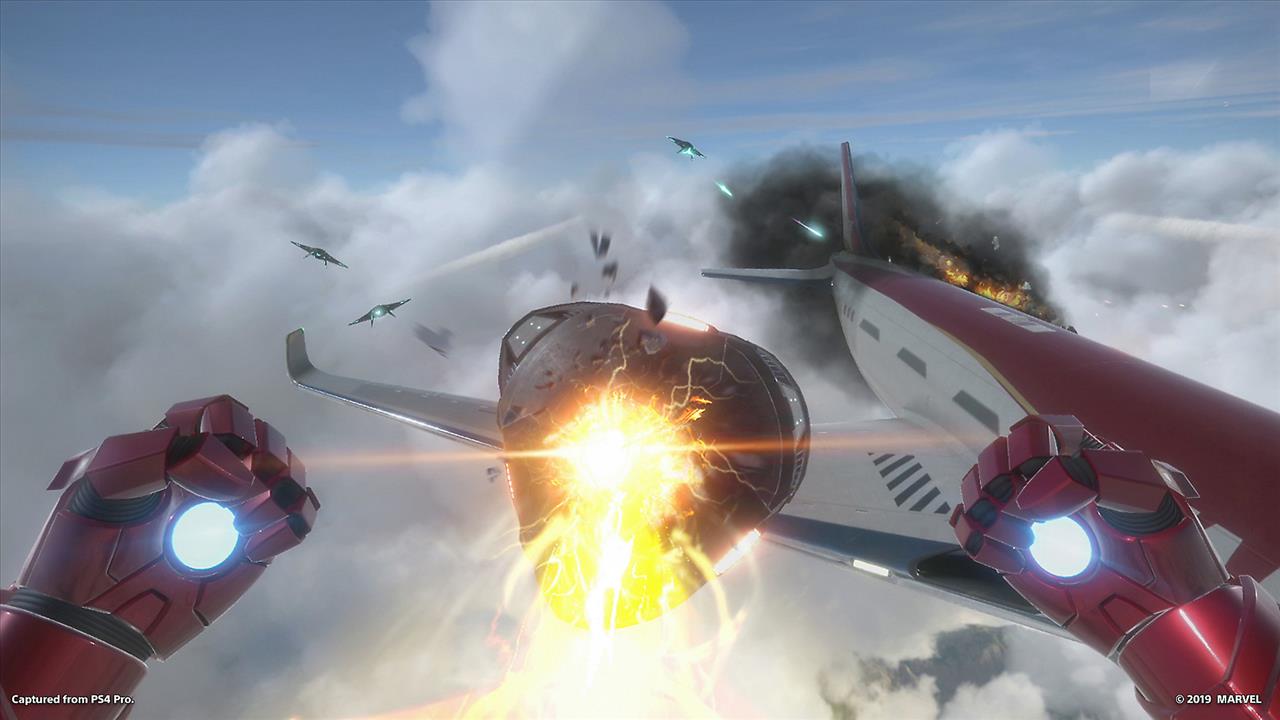 It’s also becoming obvious that the PS VR tech is due for an update, as while Iron Man VR has some great singular objects, like Iron Man’s suit, there are still a lot of  objects that pop-in, level-of-detail issues, and some weak textures. The HUD is a thing of beauty, though, and the character models look great, including the view from inside the suit when looking at the arms and body. But when looking at things from a distance, there are obvious levels of detail shifts, object pop-in, and some less than detailed textures when you get up close to things.

The story this time around puts Tony Stark on the precipice of change, with the desire to wind down the weapons production that Stark Industries was dangerously entangled in, and to take a step back from the day to day operations. With Pepper poised to lead the company in a new direction, Tony’s got to tie up some loose ends, one of which includes retiring Gunsmith, an AI that was responsible for some of Stark’s weapons of war. Unfortunately Gunsmith’s retirement is short lived, as a Ghost from Stark’s past has come back to haunt him. There’s some neat looking set pieces, from outside Tony’s coastal mansion, to a mission surrounding the helicarrier, the choice of locales provides a good bit of variety to the scenery, which you’ll be revisiting a few times across the game’s 12 chapters. There is one very cliche plot point that comes up that undermined what I think ultimately could have been a more interesting story, but otherwise I think their choice of villain was a good one. 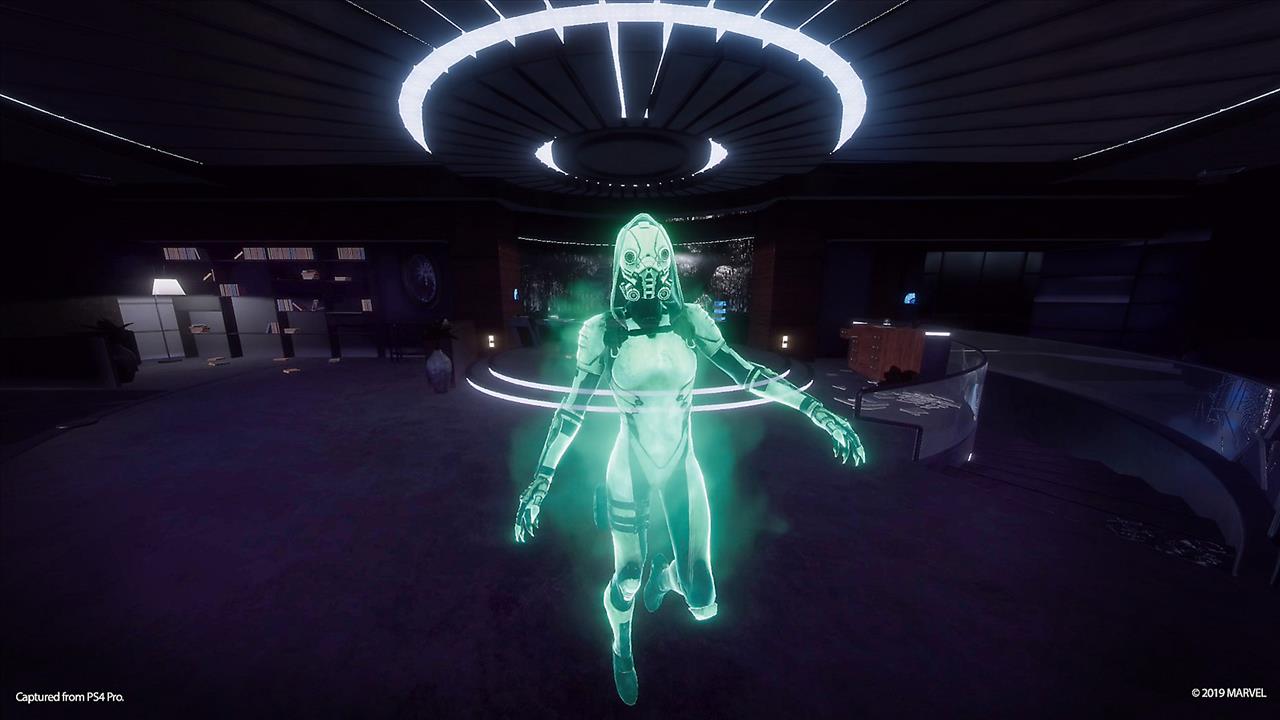 Each mission tends to have some time spent in the Iron Man suit, with the remainder of the time spent in Tony’s house for mission prep where you can spend research points on upgrades for the suit, or if you want to just do a quick exercise circuit, that can be done and is encouraged. The most common thing you’ll be doing in the suit, though, is some combination of free-roam flying, and combat against the countless drones of Ghost’s army. It’s in these combat scenes that I wish the game were more an on-rails shooter, just to take the worry of flying out of my head, and maybe help keep my stomach down. I felt like I eventually got the hang of things after about six chapters in, all the while being teased by "Developer Best" times; seriously, some of those felt spiteful. It definitely stung a bit to see that I wasn’t holding up by a long shot to some of those times. 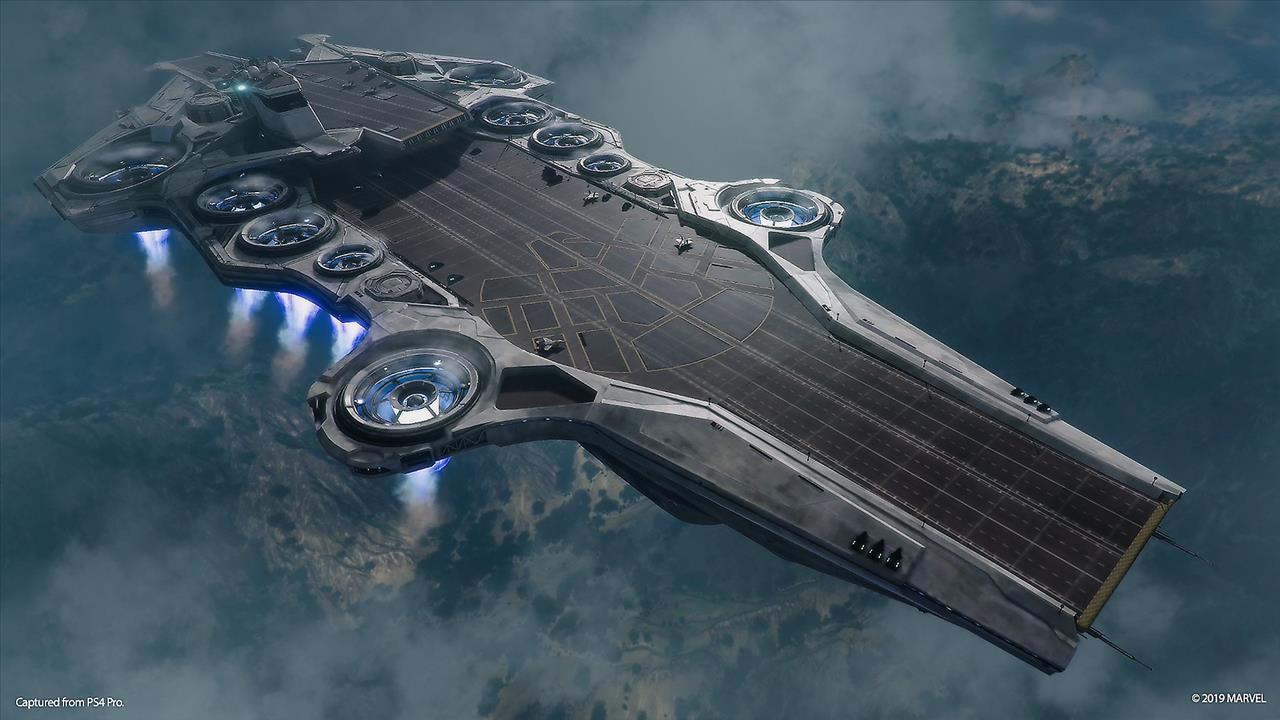 If you’re still playing PS VR games on the regular, then Iron Man VR will feel like a good last hurrah for the PS4 iteration of PS VR. But if you’ve already shelved your  hardware and are waiting for a PS5 bridge, I would say you could continue to leave it there. I think there are some good technical moments in here that Camouflaj really nailed, and where the hardware limitations are also really exposing how out of date this tech is now. Despite some reservations about the free movement that this game provides, I still found Iron Man VR to actually be a pretty fun time, with an interesting story, and when the controls came together all too briefly, moments of brilliance.

Iron Man VR is a good finale for the PS4's lifecycle of PS VR titles. While there are a few technical issues with Iron Man VR – mostly related to the Move controls – it's still a pretty enjoyable affair. Just gotta take it in small doses to make sure you get your VR legs first.