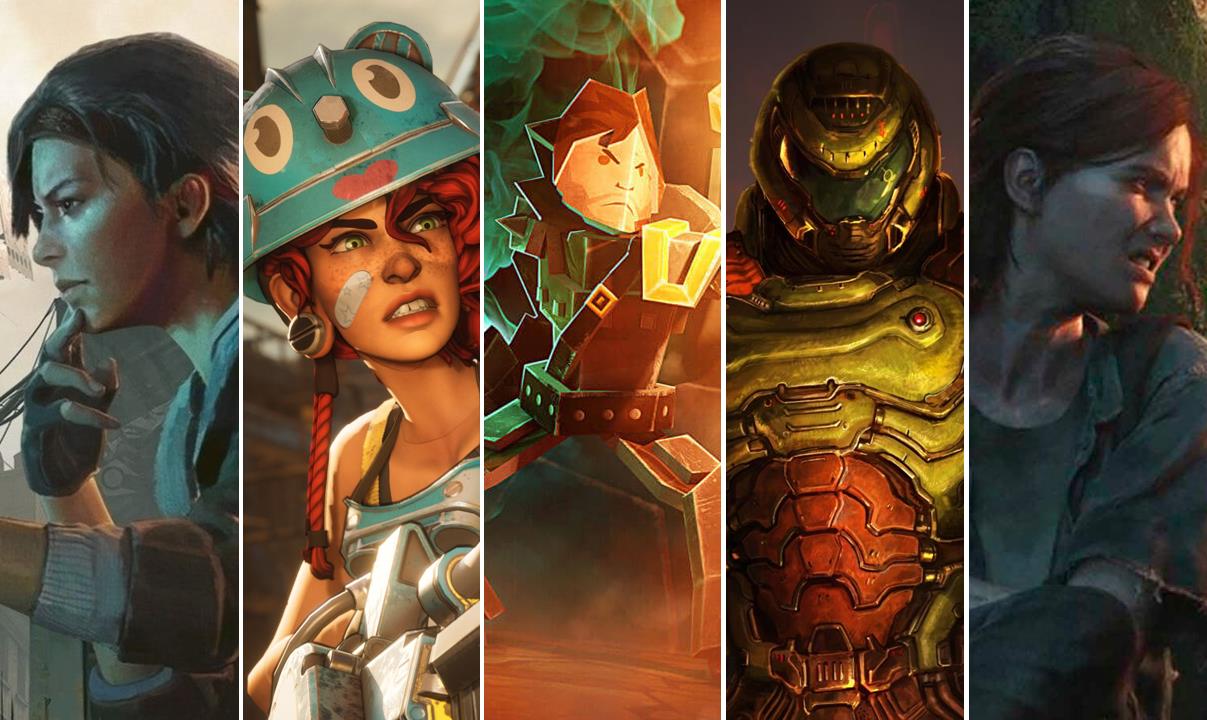 Congratulations, folks, we made it, I think. We've reached the halftime show of 2020. I know, you're either thinking "Already?" or "Only?" and both realizations are equally mind blowing. Regardless, we wanted to take stock of where we were at this point of the year, at least regarding video games.

Here was the tough part: we were only allowed to pick one favorite game. Despite having literally hundreds of games thrown at us during some unimaginable bulk pricing on itch.io and Humble Bundle, we still picked only one game from 2020 that has proven to be each of our favorites. Who cares if the game got a 1 out of 10 or a 10 out of 10, the important thing was that we played a lot of it and got a lot of enjoyment out of it. So, pour one out to the first half of 2020, and here's looking forward to 2020.5 and beyond. 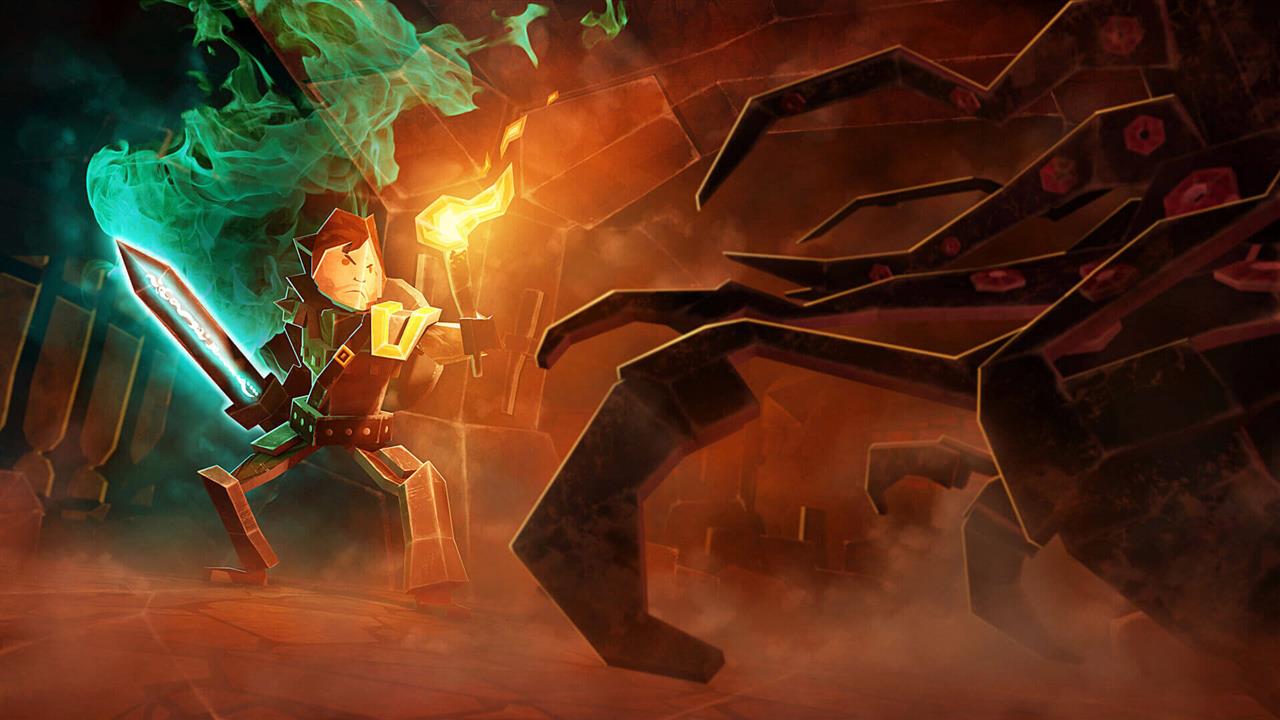 Book of Demons. While I haven't played a lot of games that debuted this year, one I did really enjoy was Book of Demons on stream. The easiest way to describe Book of Demons is: What would happen if Diablo II had card game mechanics? The game was initially described as a deck-building game but it's less a deck-builder and more Kingdom Hearts: Chain of Memories. You'll come across various cards that become your spells and abilities, and leveling up lets you increase your health or mana at first with the ability to get the other increase later on. The game isn't perfect, though, as enemies can attack you from nearly off screen while you have a limited range of attack. It also doesn't help that you have set paths that you have to stick to while enemies can move around wherever they wish. That said, this one's for you if you're into dungeon crawlers and games like Diablo II and want a bit more of a challenge. 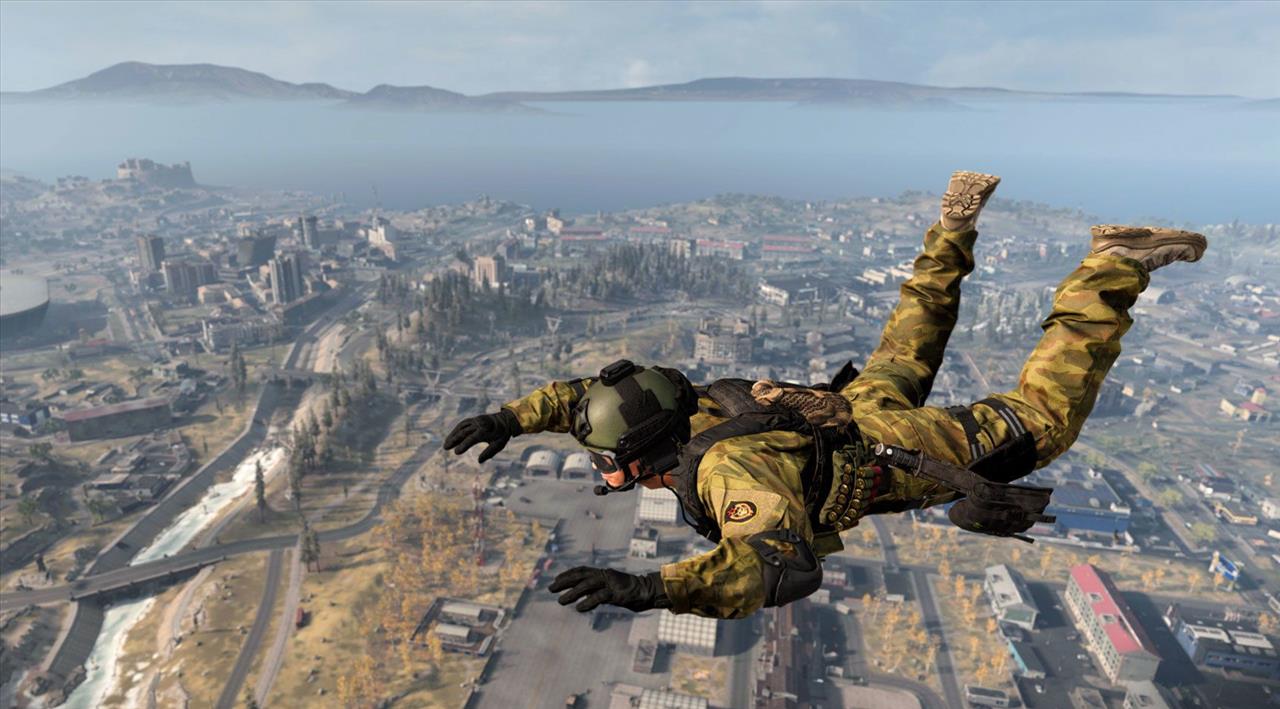 Call of Duty: Warzone. Infinity Ward's take on the battle royale genre is a winner in a lot of ways. The biggest piece is that it's both free-to-play and has full cross play between PC and console. Not only does this magnify the player base by a significant amount, but it made it way easier for me to convince my friends to give it a try without any up-front investment—except for a significant chunk of their hard drive. Warzone delivers a battle royale experience that feels like the Call of Duty I've come to know and love, all on a scale that I didn't think was feasible. It's easy to get into, tough to master, and even better when you bring your friends. 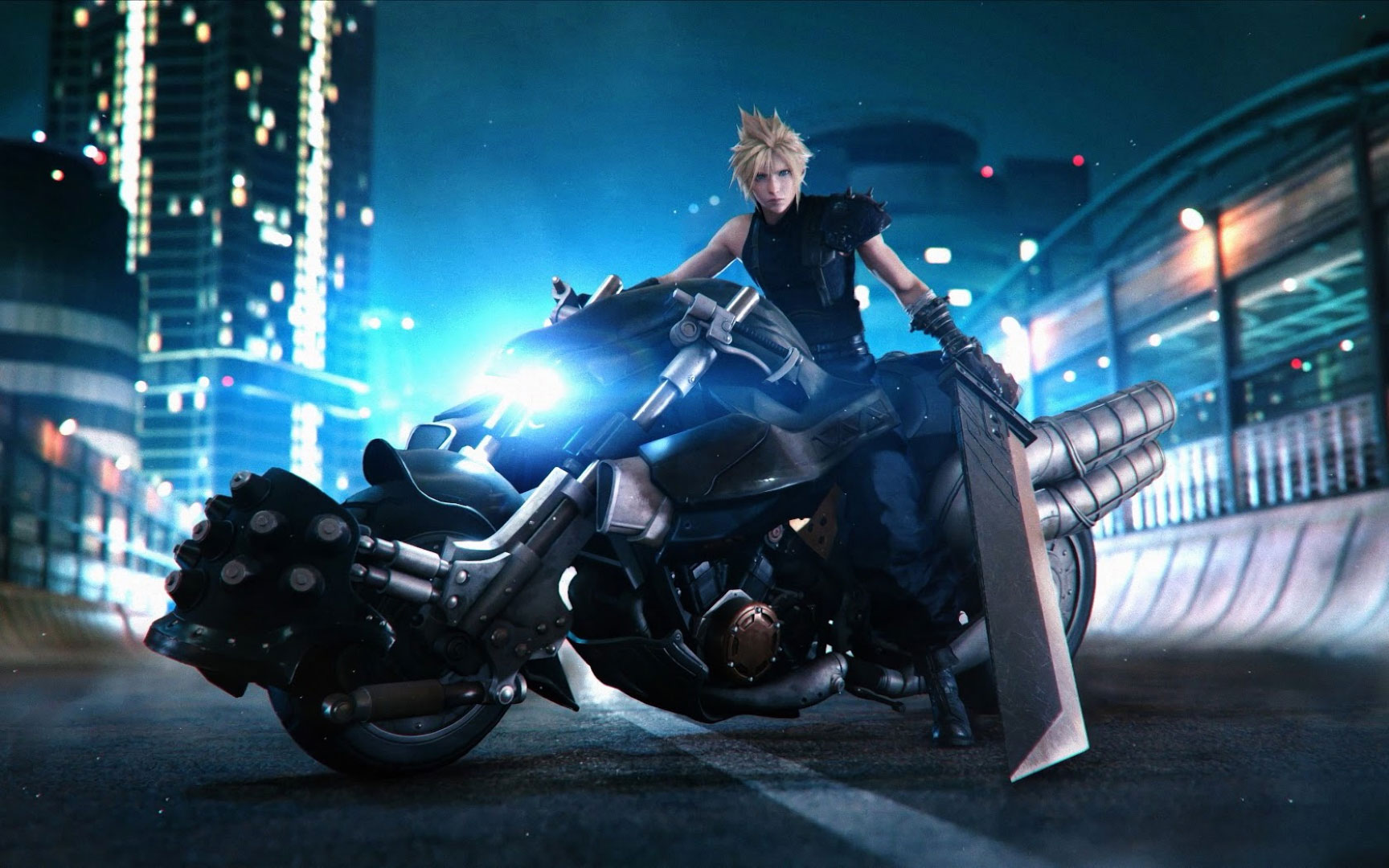 As the unapologetic JRPG/Final Fantasy stan of the staff, this shouldn’t come as a surprise to anyone. Final Fantasy VII Remake met all of my expectations – and exceeded them quickly with a refreshing battle system, gorgeous graphics and, most important of all, bringing some of my favorite characters truly to life. Since the tech demo dropped for PS3 back in 2005, there was always that part of me that said, “They have to do it.” even though they said it was only a demo and there were no plans to bring a remake to life. It took a long time, but what we received was an incredibly beautiful version of Midgar with enough twists in the storyline to make it feel fresh after 20+ years. Yes, it’s episodic and we’ll have to wait awhile to get part two, but after putting in over 80 hours and still not having that Platinum Trophy, I still want to go back and play through it again. I can’t sing its praises enough. 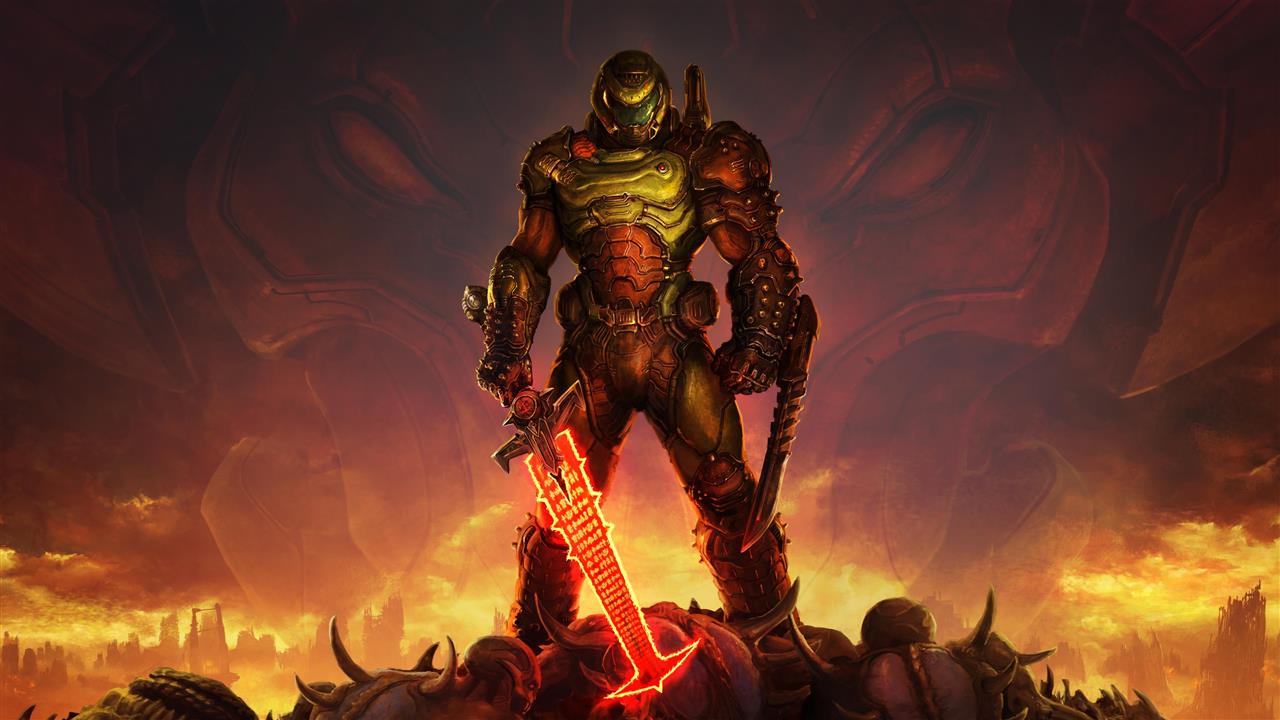 My favorite game of 2020 so far has to be DOOM Eternal. Despite my issues with the combat balance and the strategy funnels it forces you down, Eternal is still one of the best examples of pure distilled gameplay mechanics in recent memories. It's DOOM 2016 on smack, basically. While other sequels would lose hold of the tiger tail, Eternal manages to increase the ferocity and brutality of the first game's combat while also somehow making it tighter and more refined. That's combined with the near superhuman level of optimization in the game's engine, which lets it run smooth as silk on a variety of hardware, all while looking hellishly gorgeous. It also expands on the overarching DOOM narrative that, while a bit long-winded and clumsy at times, opens up the possibility for an id-shared universe that's frankly tantalizing. Some gameplay choices DOOM Eternal makes might have annoyed an old DOOM purist like me, but I can't deny that it's a graphical and mechanical tour de force that forces you to come up to its level. 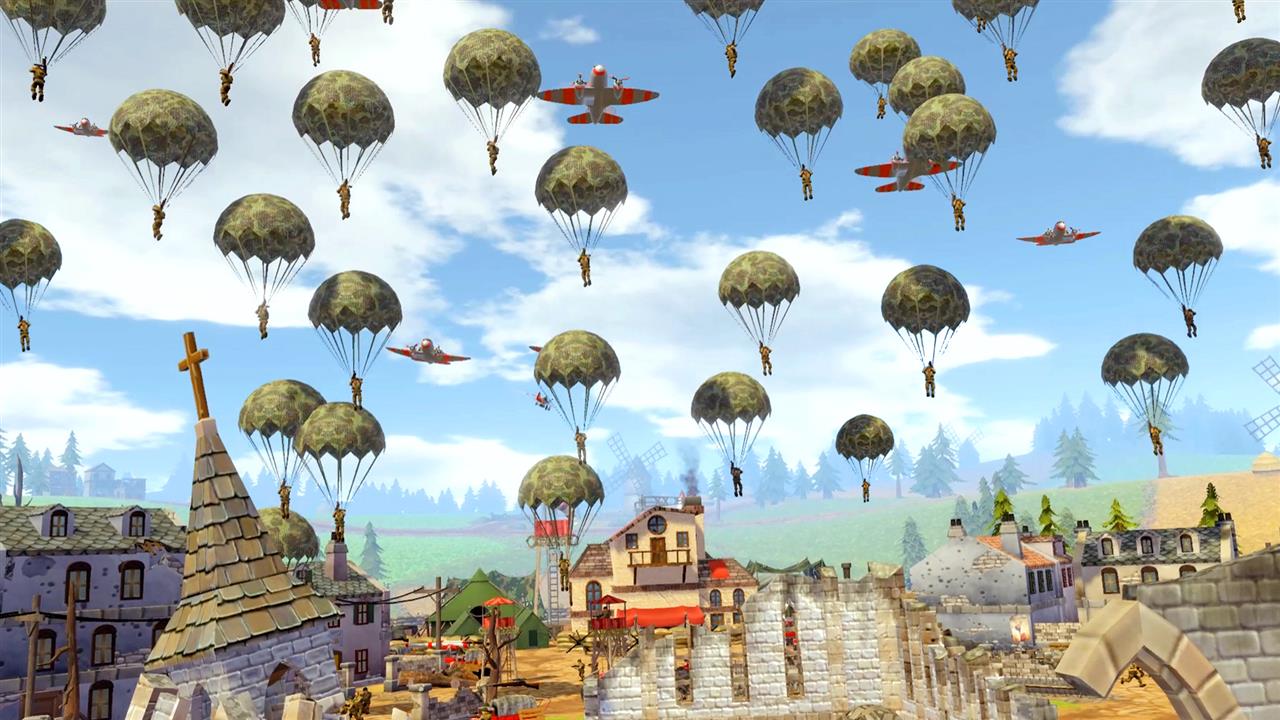 Final Assault, the real-time strategy banger on PC and PS VR is my favorite – and most-played – game of the year. Pitting two combatants against each other with a variety of war machines across some beautifully rendered WWII dioramas, Final Assault feels like a glorious game of army men come to life. With tons of options, game modes, and unlockable cosmetics, Final Assault feels like a robust game – and the visuals are undeniably cool. My son and I jump into this one almost every Sunday morning for a few rounds, and as our skills have increased, our bitter standoffs have became longer and more intense. Final Assault may very well be my all-time favorite PS VR game, but it is certainly my favorite game of 2020 so far. 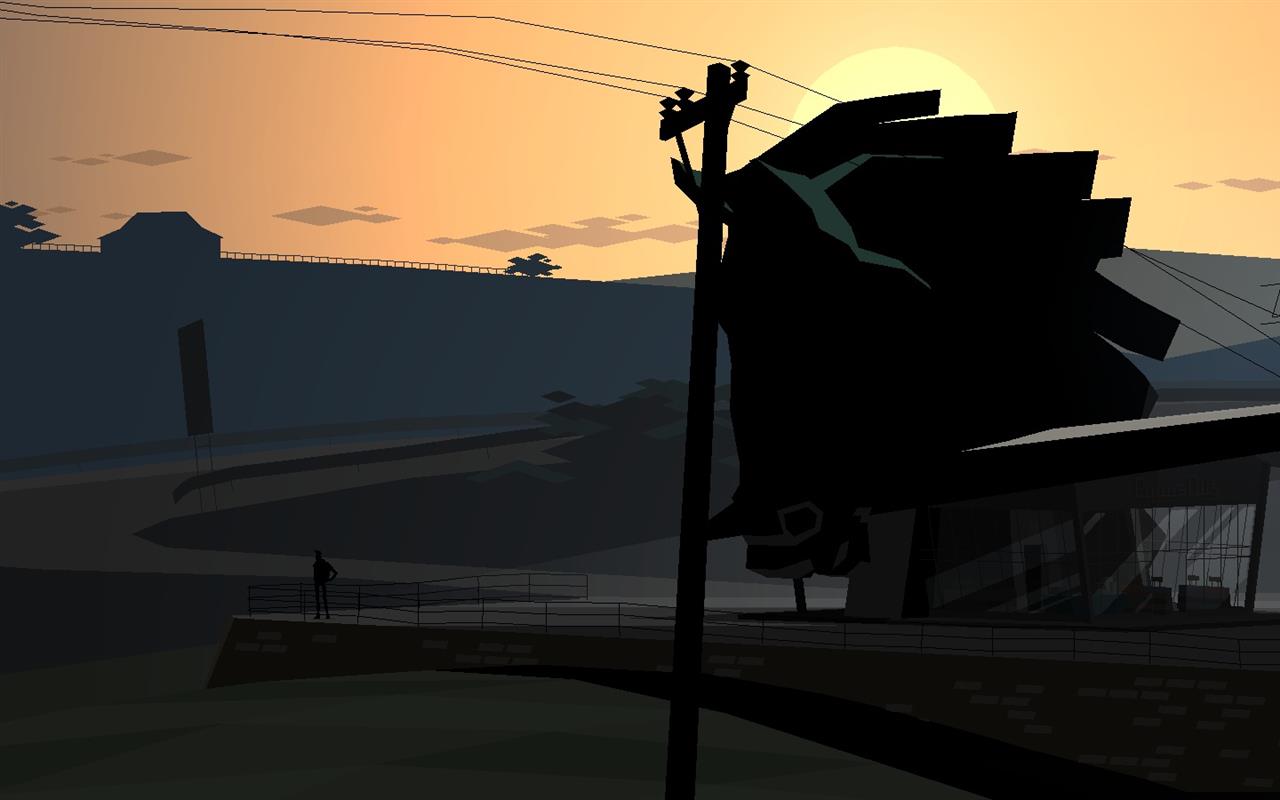 Kentucky Route Zero. In one wild and crazy night, but spanning a seven-year release schedule, the five-episode Kentucky Route Zero can be hard to sum up. I swam in and out of its lanes, doing things I'd expect to do in a sorta-but-not-really point-and-click adventure. I made a lot of choices. Not paragon vs. renegade choices: It was never that simple. But I made choices about who I was by the end of it all. Sure, there are games that let you kick the puppy or pet the puppy. But here? You yourself could implode, my friend. You could work for a company that buries you under so much debt that it literally costs you an arm and a leg – just to keep working for them. You could be in a garage band, on stage, singing and changing up lyrics on the fly, as the roof lifts away into the night. You could be a cat, in a flooded aftermath, watching people build a new church, a new religion, one without walls, one you move through. If that sounds all too surreal, well yeah, it is. But if any of that sounds entirely too real? Yeah, it is. 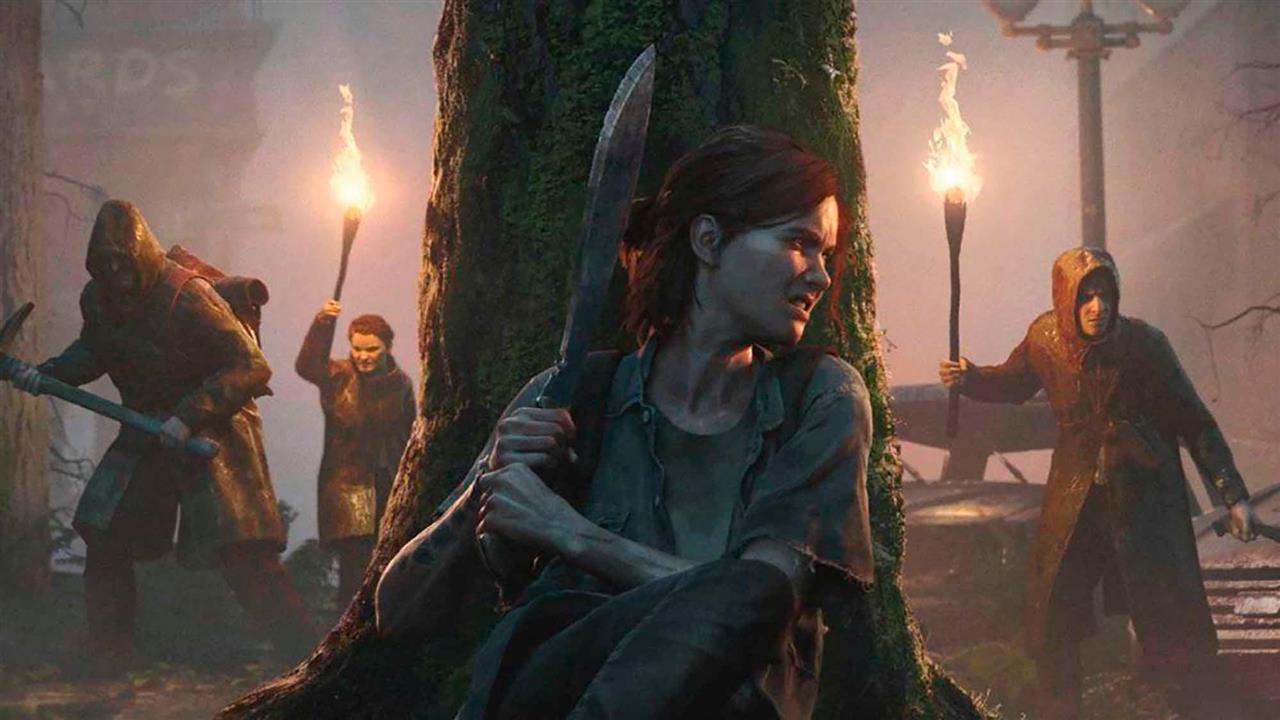 The Last of Us Part II. I gave the game a 9.5 because it isn't perfect, but it is easily the best thing I've played this year, so far. I know some folks are taken back by the violence and at times it does go too far. I know there are those getting all mad online about Joel's part in the sequel but I won't hear any of that as I can't understand how anyone could give the actual game a chance and still be irked by that. I believe some folks would rather fuel rage than risk having their minds changed. And I know the plot takes turns that look terrible on paper, some I really disagreed with. But life isn't about the destination, it's about the journey; much in the same way this game is. It's wonderfully crafted, tells a compelling tale, and resonates in a way I still find myself thinking about it from time to time, even though i haven't turned it back on since finishing the main campaign. I'm not sure when I will return to it, but I inevitably will, at least to clean up the Platinum Trophy because this is a game that deserves to be played until every last optional challenge is complete. 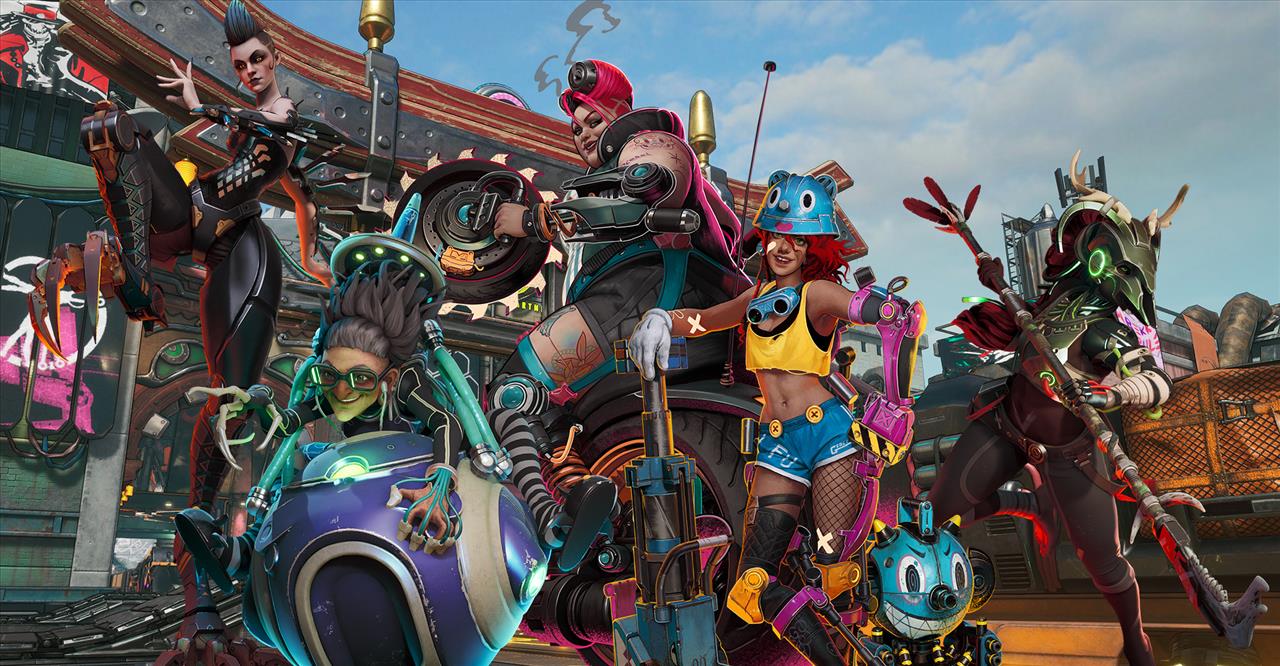 I should preface this with one important consideration: I have not completed The Last of Us Part II and thus can't safely put that in the running. With that in mind, I'm going to put my vote towards Ninja Theory's Bleeding Edge. If you've kept up with Gaming Nexus's news stream, you've likely spotted my Bleeding Edge stories and my incessant need to post my thoughts on it. It's a modestly priced MP-focused brawler that completed a first for the studio: Made a game with which gameplay was their best quality. Speaking as someone who's played, and often completed, their previous titles – discounting Kung Fu Chaos – this has been their weakest trait. Fluid animation work tied to uneven game design. By subtracting their other prominent qualities, such as big set pieces and a story-focused campaign, Bleeding Edge is forced to get down to brass tacks and consider its design intent. Although it falls into the games as a service model by having slender launch content, Ninja Theory's already done such a great job at building upon it with a new character, new map, and a bevy of skins. Since adding daily challenges, it's been my de facto comfort game to decompress with after work. Although it's been out a few months, it'd be cool for one of the GN staff to try out and review for themselves. Even if that doesn't come to fruition, feel free to tag me if you want to play a few matches. 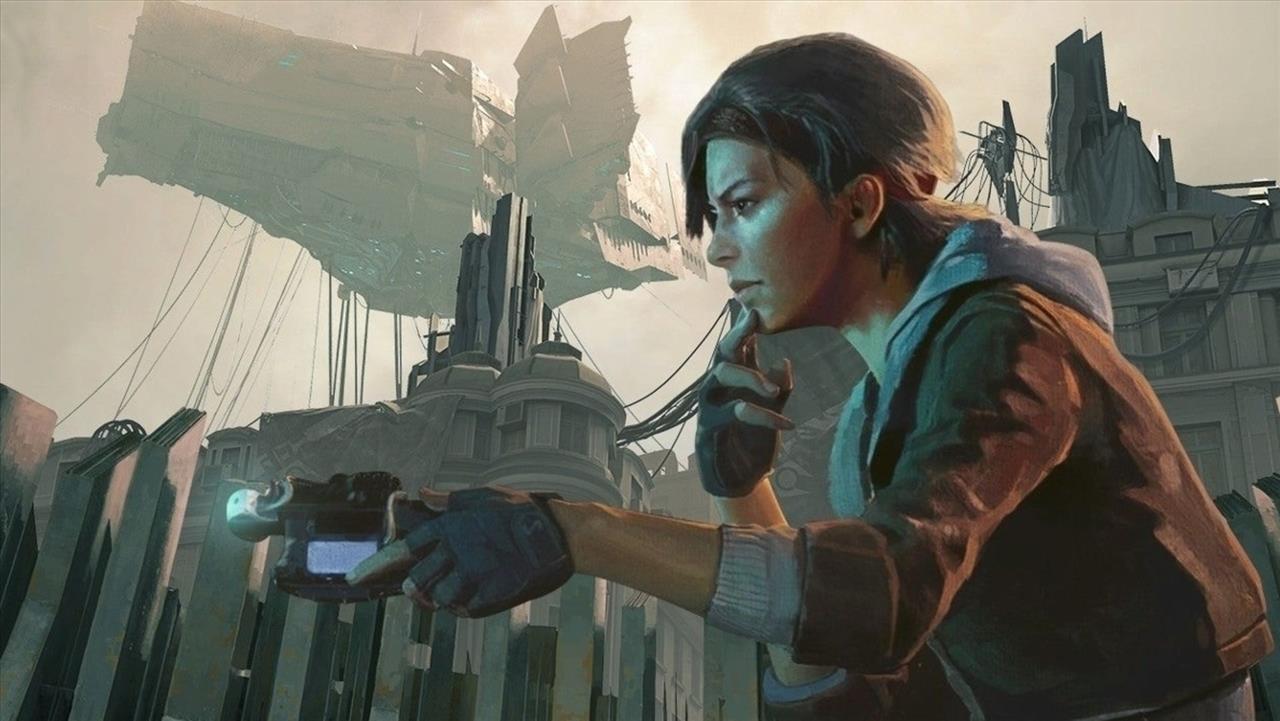 People for years kept asking for that premier VR title to really showcase the platform and provide a title that would be a system seller. Well, Valve Software stepped up and created a game that was based off their premier IP that plays oh so well on their premier VR Index headset. Half-Life: Alyx looks gorgeous. The interaction with the environment is immersive. Playing with the Index controllers takes it to a whole new level with finger-level tracking. It's also not just a quick campaign. There's a lot to take in. The story advances what's been on pause for over 10 years and it makes you want to see where the Half-Life story goes. You feel like you're in the Half-Life universe. That's all there is to it. If you don't have a Valve Index, it's OK as the game works well with all headsets, from the inexpensive Windows Mixed Reality offerings to the highly expensive premier headsets like the Index. Half-Life: Alyx is truly an amazing game, not just an amazing VR game. It's something everyone should experience.