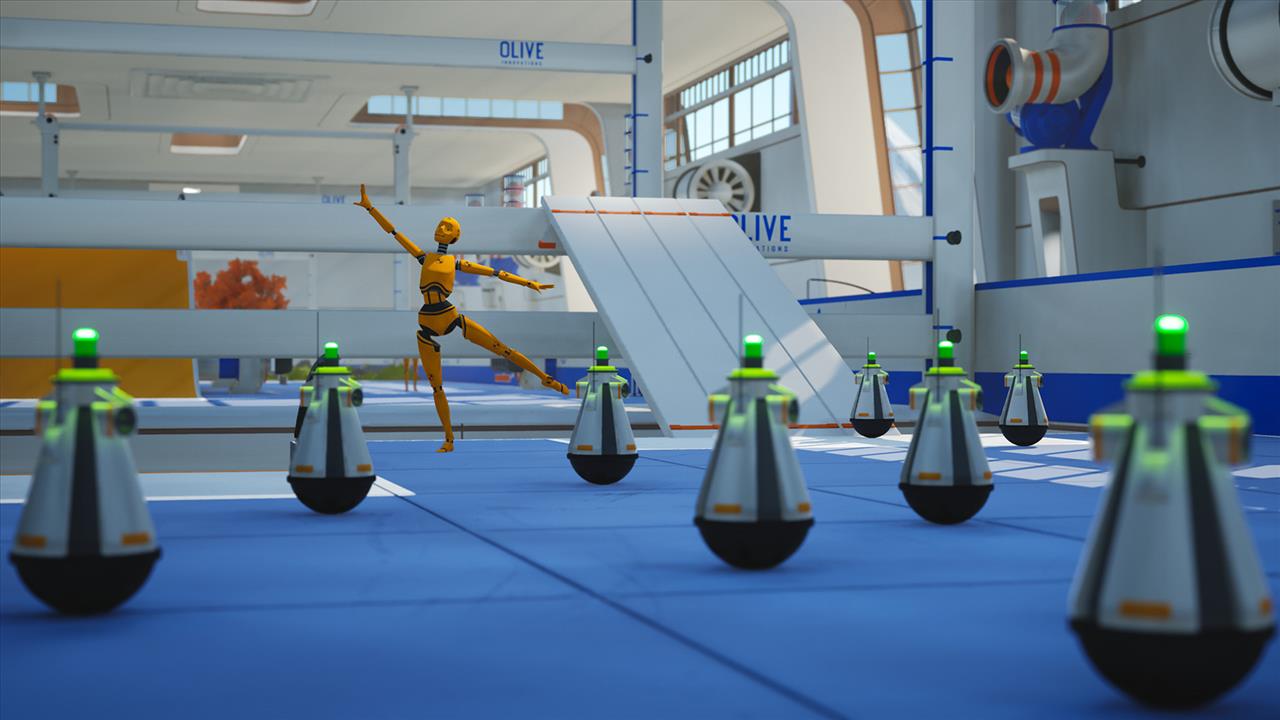 Not too long ago I checked out Poly Bridge 2, a game where the goal of each stage was to build a stable bridge for each vehicle to get to its final destination safely. While I’m not the world’s greatest architect I felt like I did a fairly solid job. However, I feel like I need a bigger challenge. Instead of building bridges, what if I built something more mechanical? How about if you could build robots how you wish and then use them to complete various tasks, or maybe just to have fun with your friends? You know, see who can make the best design or the most functional? Okay, not the cleverest of intros but that’s essentially where we’re heading with the Early Access version of Main Assembly for Steam.

At the start you have a few options for how to play: Tutorial, Challenges, and Sandbox. If you’re just starting out it’s recommended to go with Tutorial so you can learn the ins and outs of building a robot from scratch. The early tutorials start you out with the bare basics of how everything works and how to add parts. After the first tutorial, which gets you used to navigating your robot without being attached to a vehicle, you learn how to take your robot into Assembly Mode to add or change out parts from what’s currently available.

Next is all about the chassis, the main body of your vehicle. You’ll learn how to edit and shape your chassis before creating a new one from scratch. Finally comes the programming as you’ll learn how to actually make your robot move by giving it commands and inputs. For the most part it’s all pretty simple to learn. Along the way you can earn diplomas in each tutorial to unlock various features for your robot. Diplomas are earned for completing each objective, most of which you’ll do anyway as you complete the tutorial though some are optional and require you to perform a specific task. 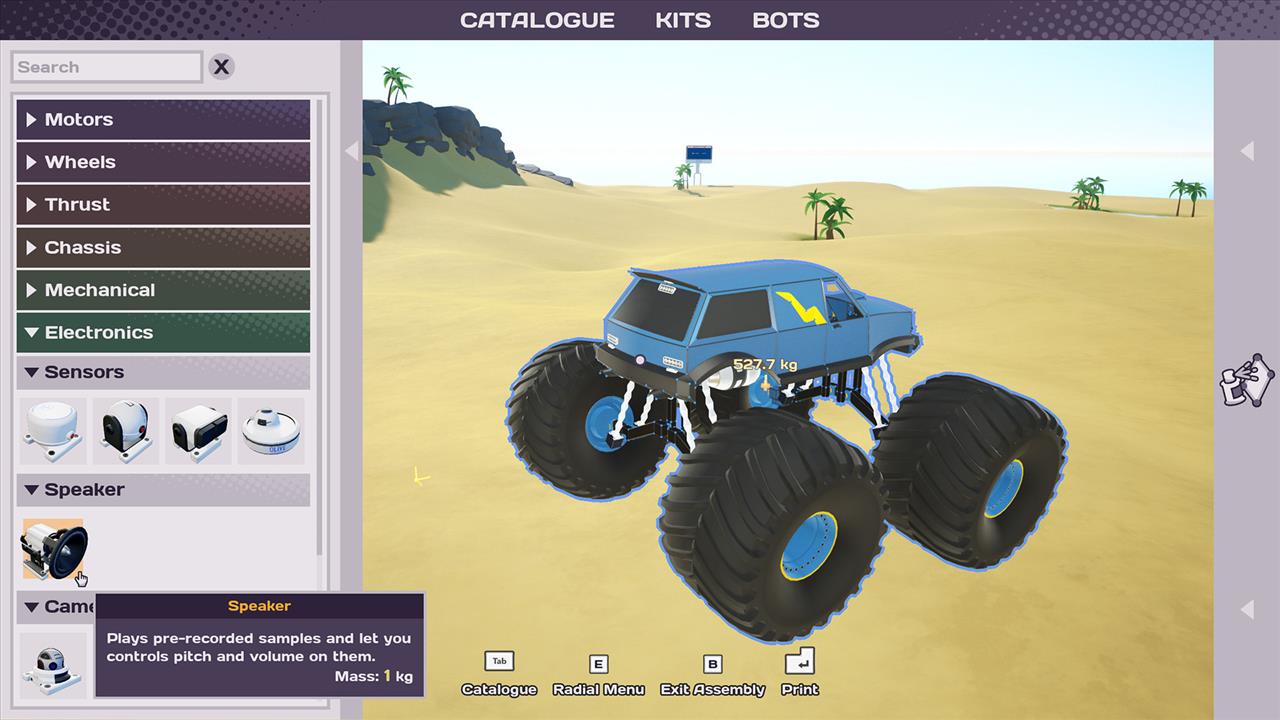 Once you’ve learned all there is to creating a robot, or rather all the game will teach you in the tutorial, it’s time to head into the challenges themselves. Much like the tutorials, challenges have stars you can collect which will unlock new parts you can use when building your robot. The challenges start out simple enough, and you can begin by printing a simple vehicle that you used in the tutorials. You’ll learn how to save and load vehicles in one of the last tutorials. As actually designing things isn’t normally my forte, I decided to see if you can complete the challenges with just the basic vehicle I built in the tutorial. You can…at first. The first couple of challenges go pretty well with just the basic vehicle as long as you just want to get to the goal.

Then I hit the second set of challenges which starts with you driving through a gym filled with punching bags swinging around and basketballs flying towards you at high speed. This is when I learned two very important things about the vehicles you construct: You better learn how to build a vehicle beyond your basic car, and they can break. For the second, it is very possible for your vehicle to break in certain spots. Namely, for me, it was my wheels. Getting pelted with a basketball sent me flying into the wall and the next thing I knew I couldn’t steer due to a lack of wheels. 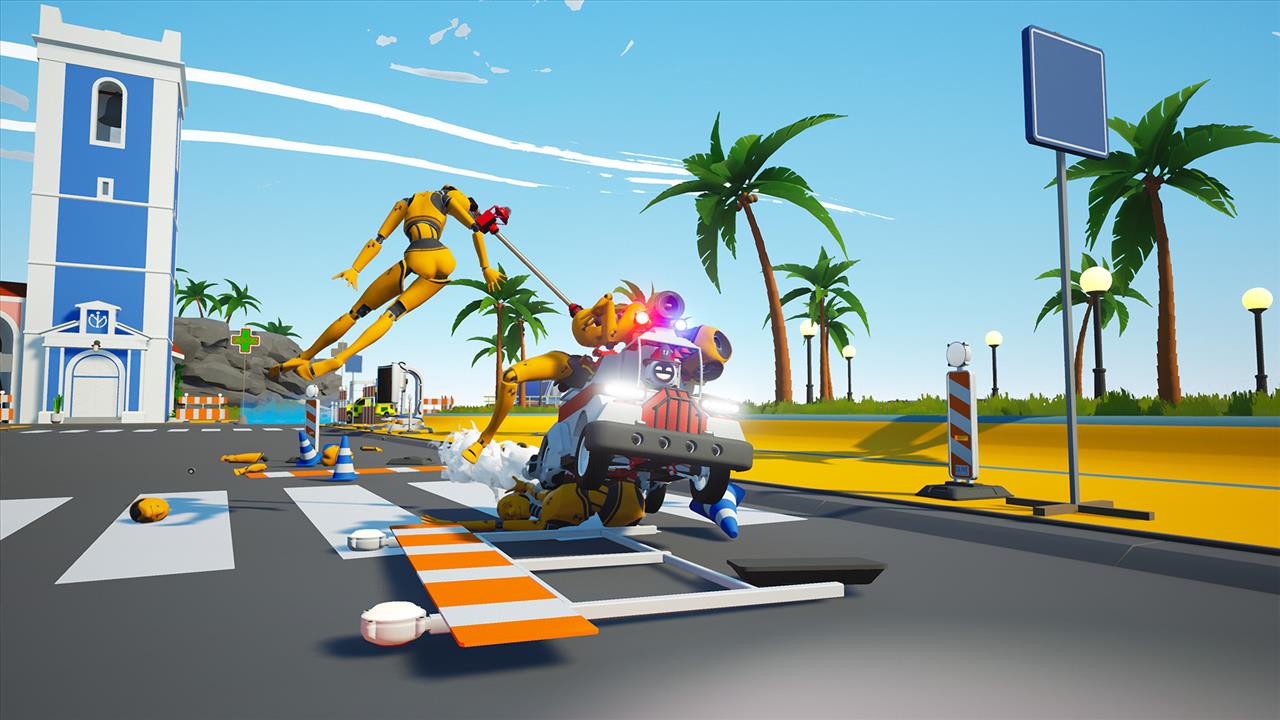 At some point you’ll have to build something a bit more complex than a standard car with four wheels. You have a good amount of options unlocked from the start to build a vehicle with. Some of the challenges require you to build something specific, such as a robot that weighs a certain amount. The further you get into the challenges, the more complex robots you’ll have to make. When it comes to the actual construction it’s a bit hit and miss. You can use a controller, but I did my playing with the mouse and keyboard.

That said, it can take some practice to figure out how to move the camera how you wish. Selecting the parts and placing them are rather simple: take your part, hover over where you want to place it, and then place it. One of the tutorials teaches you how to “extrude” parts of your vehicle, or change the sizes of them. This is where I got hung up a bit. I’m not sure why. I’m guessing it’s probably just me. But whenever I try to extrude something, I always end up changing something in a way I didn’t intend. Thankfully there is an undo option to back up your last action. Needless to say I used this a lot. As a note, there is a Redo option, but for some reason it wouldn’t work for me. 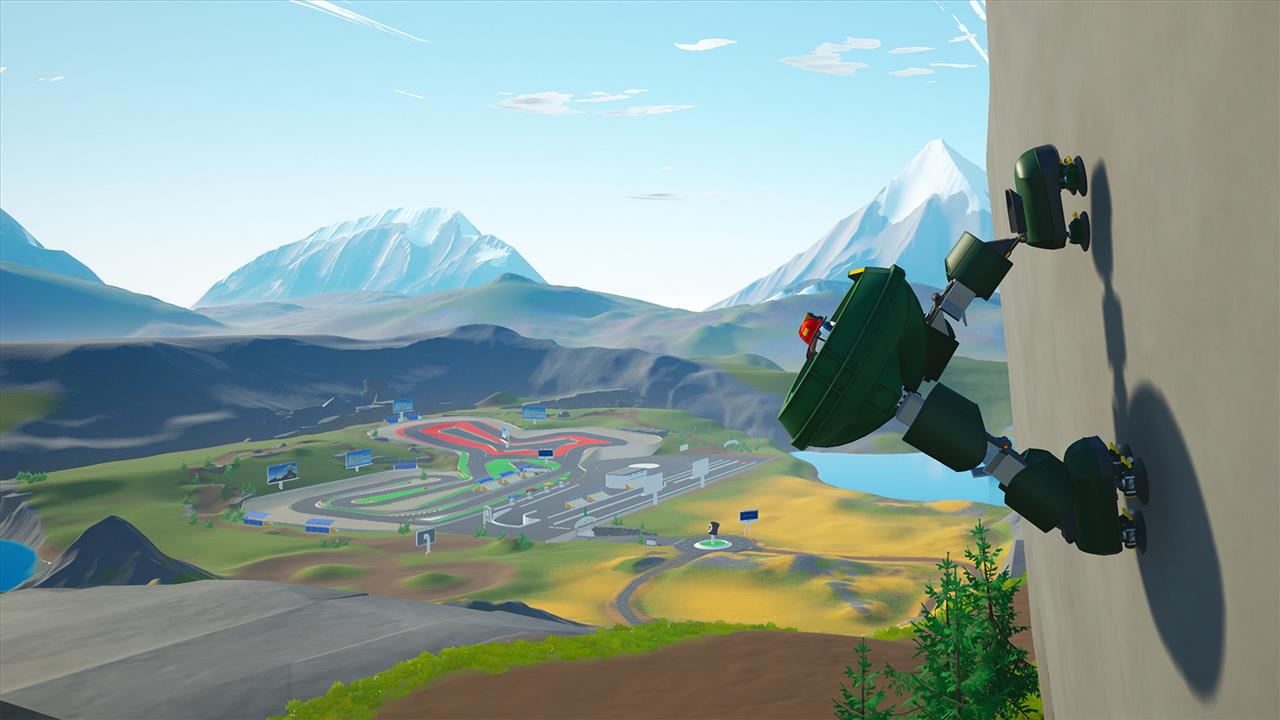 So you’ve built this awesome robot that easily completes a challenge and collects all of the stars in it. I’m guessing you really don’t want to have to take the time to rebuild it again. Once you’ve built a robot you can save it to reuse later. Heck, maybe you just built something awesome and don’t plan to ever use it again, but just really like how it looks. Maybe you like it so much you want to show it off to your friends.

The final play option on the main menu is Sandbox. In Sandbox mode you can pick from several different settings and just build and run around to your heart’s content. Everything is unlocked for you, so you can use whatever parts and programming you wish. You can also invite friends to play. As much as the tutorials can get you started, Sandbox is actually a pretty great way to really test out building. Granted, you can experiment in the challenges themselves, but one of the settings in Sandbox is a flat stretch of land with no obstacles, so you can build something and test it out on a flat surface without having to worry about running into anything or diving off of a cliff accidentally. Heck, there are even a few weapons you can place on your robot which do serve actual functions in challenges. 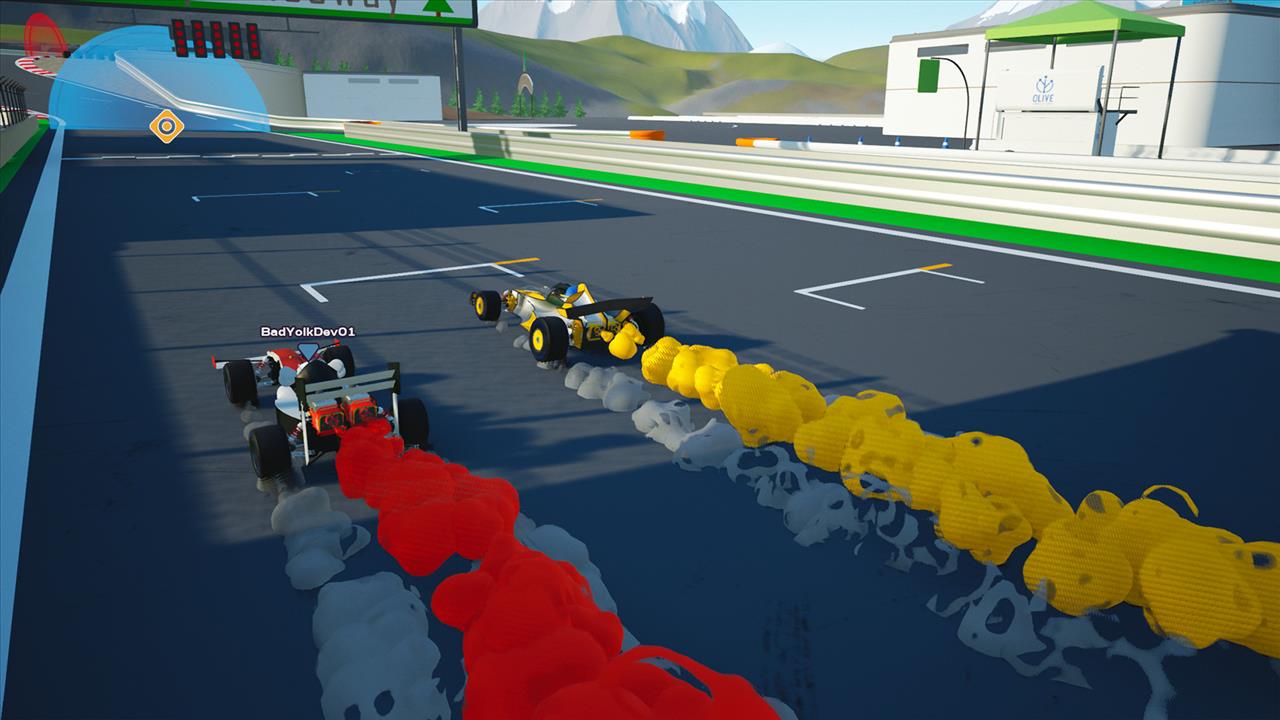 As stated, Main Assembly is currently in Early Access, but so far the game looks pretty solid. It does take some time to get used how the construction interface works, but the more I played around with it, the more things like extruding and bending existing parts began to make more sense. One thing I would like to see that I saw in others’ comments about the game is an arena-like mode where you can build your own battle-style robot with the existing parts, then challenge your friends to a Battle Bots-style robot death match. I’m sure you can do that with the Sandbox mode and just cause mayhem with your friends, but having an actual game mode for that would be awesome.

There aren’t a lot of custom bots on the Steam Workshop yet, but the ones I downloaded were pretty fascinating. One was a walker robot that has a good amount of complex programming. There are several math functions that I can’t even begin to fathom how to use when constructing a robot, and the tutorial doesn’t go that far into it. As it stands now, Main Assembly is a pretty solid game and I’m looking forward to what else the developers can do with it because there’s quite a bit of potential you can do with a game like this. Plus I really hope we get a robot battle arena someday.