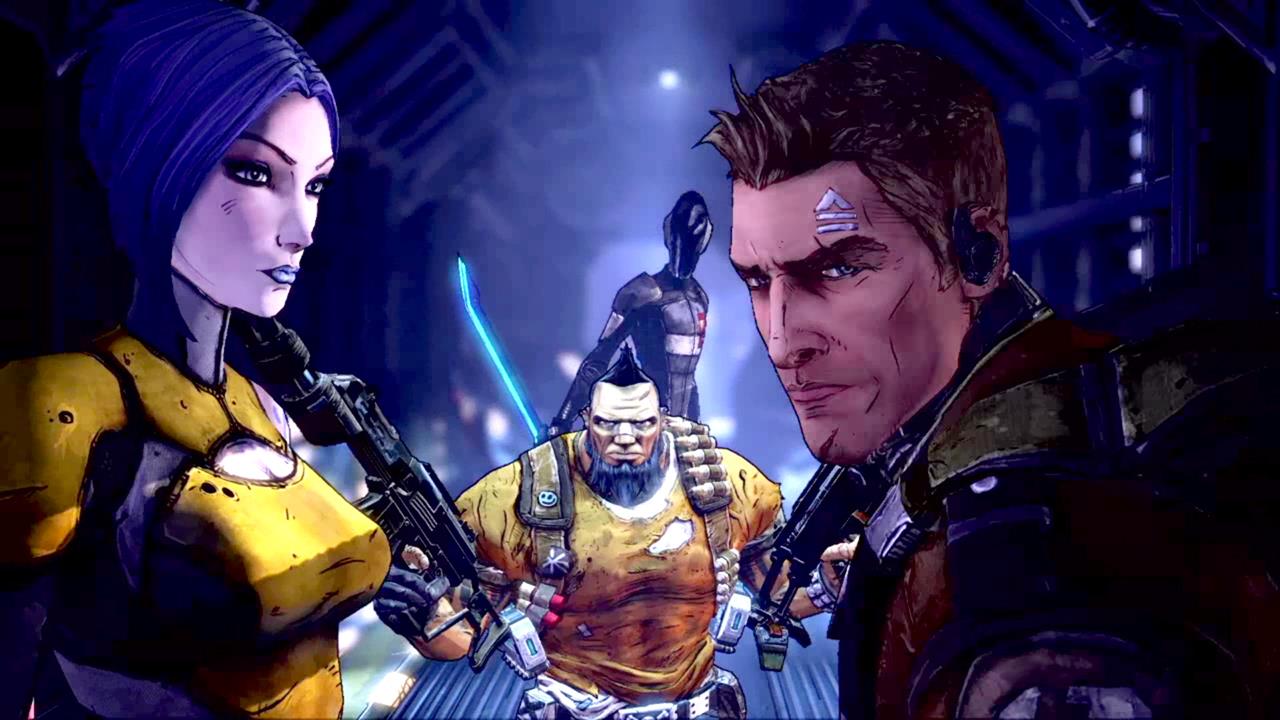 Written by Russell Archey on 6/10/2020 for SWI
More On: Borderlands Legendary Collection

It’s been 11 years since Marcus told us his first story about The Vault on the planet Pandora and the four brave vault hunters who went searching for it. Over those past 11 years we’ve seen the Borderlands franchise succeed and grow with four main-series games and a spin-off. While the Borderlands games have graced the PlayStation 3, PlayStation 4, Xbox 360, Xbox One, PC, OS X, and even Android and iOS (Tales From the Borderlands only) over the past decade, we’ve never seen the vault hunters on a Nintendo system…until now.

To start off, the review code I received for this review was for the digital version on the eShop which contained all three games. However, the three games come as separate downloads which is nice as you can download them one at a time if you wish to save space. In addition, if you don’t want to purchase the collection for $49.99, you can actually buy the original Borderlands separately for $29.99 and Borderlands: The Handsome Collection for $39.99. If you have the physical version your mileage may vary.

The original Borderlands came out back in 2009 and saw four Vault Hunters arrive in the town of Fyrestone on the planet Pandora after the Dahl Corporation abandoned the planet. They attempt to find the pieces of the Vault Key and eventually open the Vault, though something more than treasure lies inside. Each Vault Hunter has a special ability they can begin using once they reach level five, such as Lilith’s Phaseshift where she can phase in and out of the current plane of existence, or Roland’s turret which will fire at nearby enemies for a specific period of time. 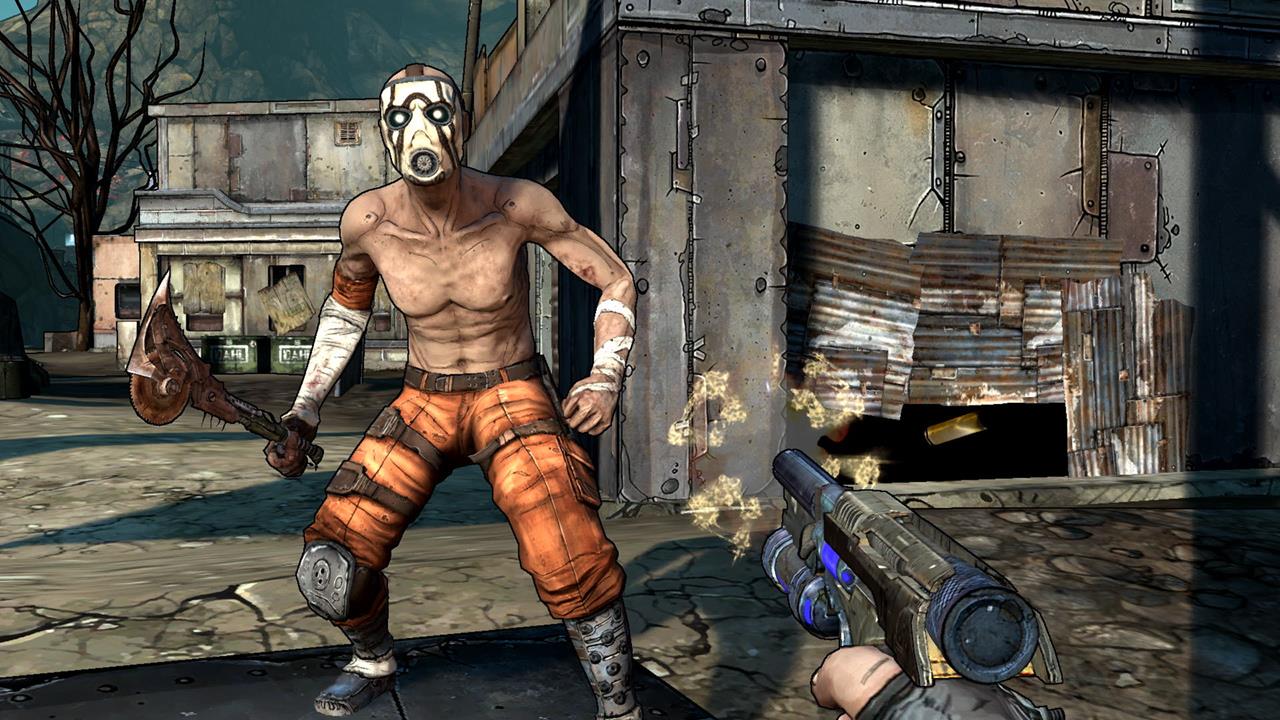 Upon leveling up after level five you’ll gain a skill point that you can put into one of three skill trees. Each skill tree has a certain theme such as healing or elemental damage, and the further down each skill tree the more powerful the skills you can invest in. Then of course you have the guns…lots and lots of guns. I’ll say it now, if you’re not fond of taking a few moments here and there to compare what you’re picking up to what you already have equipped, this can get a bit tedious, but after a while you’ll quickly know what to look for and what’s worth picking up.

Borderlands 2 takes place five years later when a mineral called Eridium has started flow through Pandora. Handsome Jack, the president of the Hyperion Corporation, began to mine the Eridium and used it to “bring peace” to Pandora, discovering an even bigger vault in the process. Borderlands 2 was a pretty good improvement over the original, and the original was great to start with. For those who have only played the Handsome Jack collection, the original Borderlands didn’t initially have a mini-map; it only had a compass-like thing at the bottom which worked well enough, but going back to that after playing Borderlands 2 made me really appreciate BL2’s mini-map. 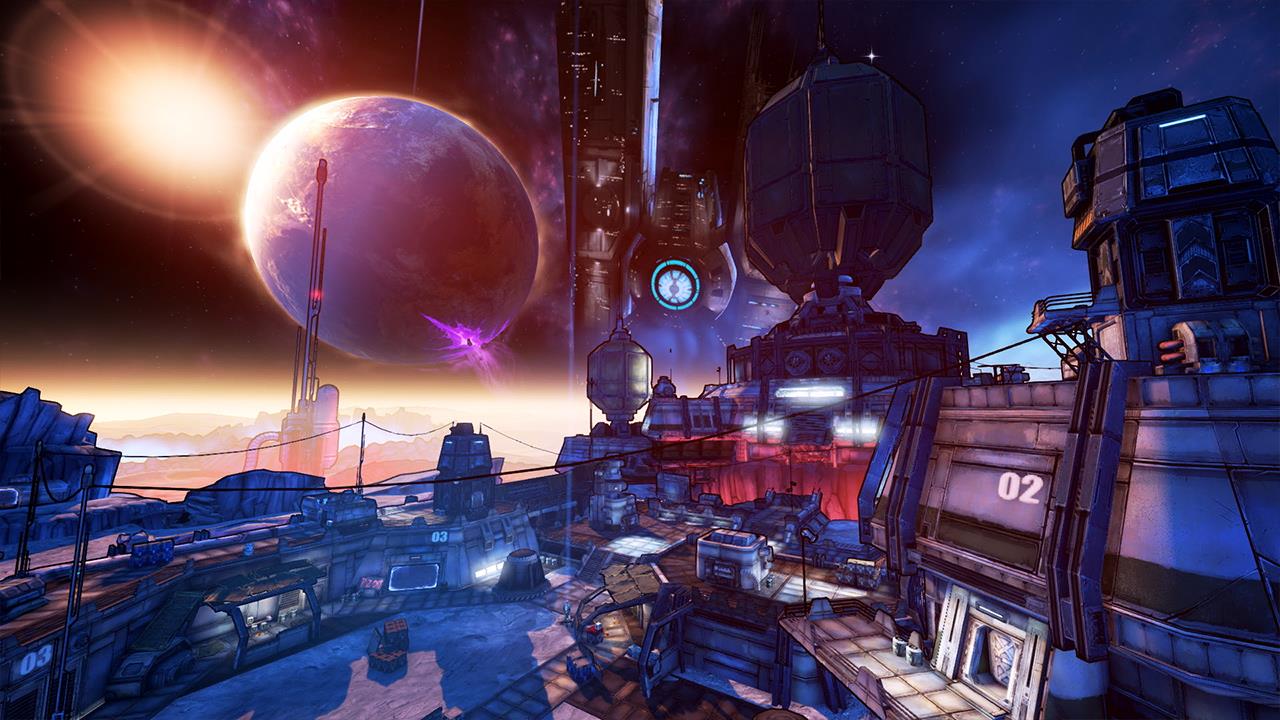 The writing in BL2 was also improved in both story and character development. The first time I played I did feel sorry a bit for Handsome Jack…you know, the antagonist? Borderlands: The Pre-Sequel was received well enough and I enjoyed my time reviewing it on Steam a while back, but I can see where some people had their issues. It takes place between BL1 and 2, introduced moon gravity, O2 Kits, and the Cryo element to freeze enemies, and told the story of how Jack came to be the Handsome sucky-pretzel-eating president of Hyperion that we’d come to know and love and would become BL2’s antagonist. However, the level design could have been better and the game came off feeling more like a huge expansion for Borderlands 2 and less like a standalone game.

Since the games themselves have already been reviewed to death, and all three games are still fantastic in my personal opinion, the rest of the review will focus specifically on the Switch ports. For starters we now have the ability to turn on motion controls (at the cost of turning off Aim Assist) which are kind of hit and miss with me. The motion control option mainly lets you use the right Joy-Con to do some precision aiming by rotating it like a steering wheel. This seems to work better when using the Joy-Con grip as opposed to using them separately, at least for me. Even without using motion controls it still felt weird to me using the Joy-Cons, grip or no grip, for and FPS and I switched to a standard controller which worked better for me, but use whatever is comfortable for you. Just remember that if you turn on motion controls, Aim Assist is auto-turned off and vice versa. 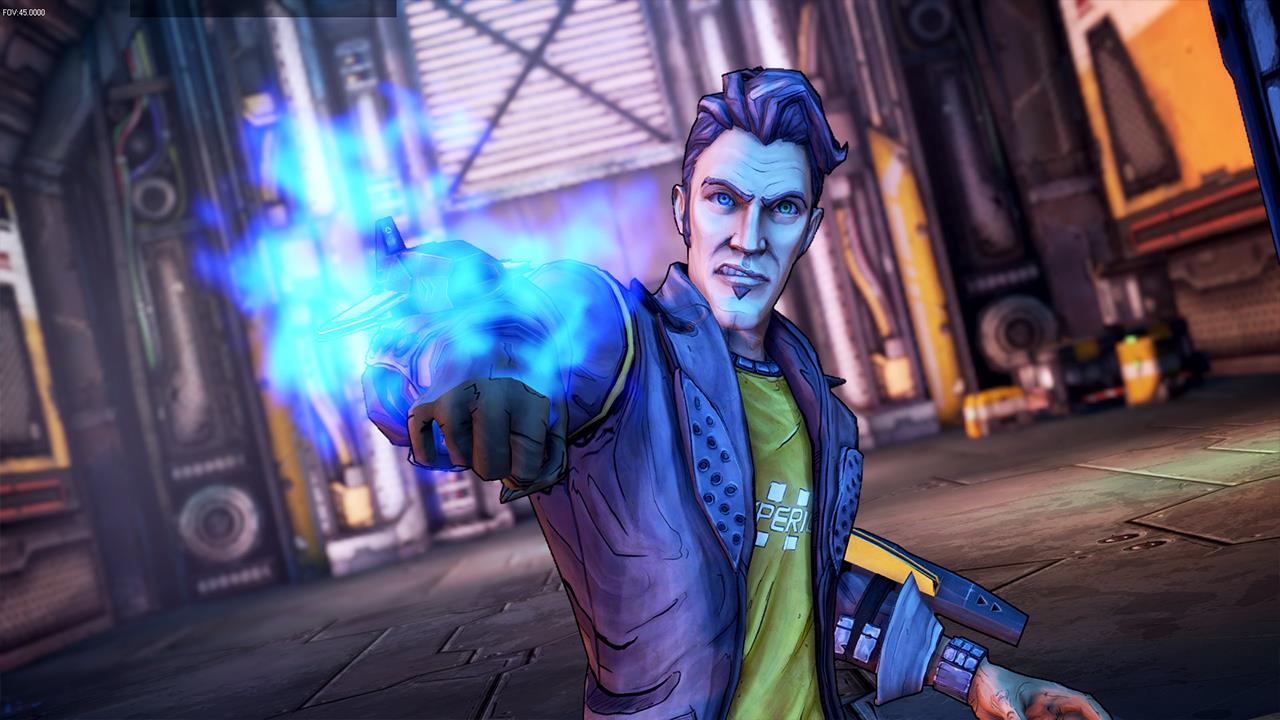 As for how the games run, they run pretty good on the Switch both docked and in portable mode. All three games run at 30 frames per second as opposed to their original counterparts which run at 60fps. To be honest I didn’t notice all that much, partly because I don’t tend to really care about a game's framerate unless it dips into unplayable territory, and partly because the way the animation and aesthetics looked on the original games some people might not really notice. Everything still looks pretty much as smooth as they did upon their initial releases

I played a good chunk of the first two games docked and The Pre-Sequel in portable mode and, in terms of performance, I didn’t really notice a difference. That being said, it can take some time getting used to playing an FPS using the Joy-Cons while connected to the Switch. Like I said above, when connected to the dock I prefer using a standard controller over the Joy-Cons, though I did get used to playing in portable mode. 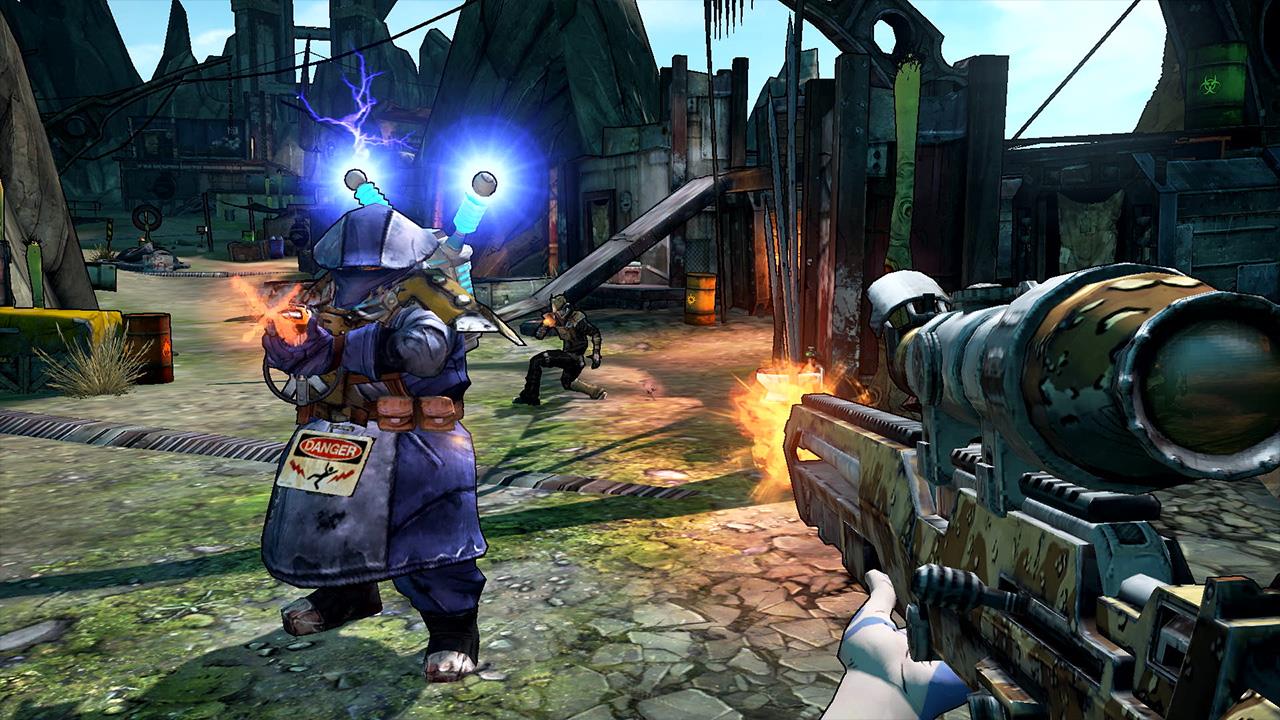 In terms of what you actually get upon purchase, all three games will come with all of the DLC content packs with one exception: the bundle does not include Commander Lilith and the Fight for Sanctuary. While the omission of that add-on is a bit disappointing, I understand why it’s not there. Commander Lilith and the Fight for Sanctuary was made to bridge the gap between Borderlands 2 and 3 as it takes place several years after BL2 and actually leads into BL3, and since Borderlands 3 hasn’t been released on the Switch I get why it’s not included. Maybe if the Legendary Collection sells well enough we might get Borderlands 3 on the Switch, possibly with Commander Lilith not too far behind that.

As for the rest of the DLC, it’s a mix of full-on campaign add-ons such as The Secret Armory of General Knox (BL1) and Tiny Tina’s Assault on Dragon Keep (BL2), as well as smaller headhunter packs that only last an hour or two, such as T.K.’s Bloody Harvest and The Horrible Hunger of the Ravenous Wattle Gobbler (both BL2). Finally, you’ll get all of the DLC characters which includes Maya and Kreig from Borderlands 2, and Jack’s Doppleganger and Aurelia from The Pre-Sequel. On a personal note, since the dialogue in Pre-Sequel is customized depending on who you play as, the conversations between Jack and his Doppleganger are incredibly awesome to hear. 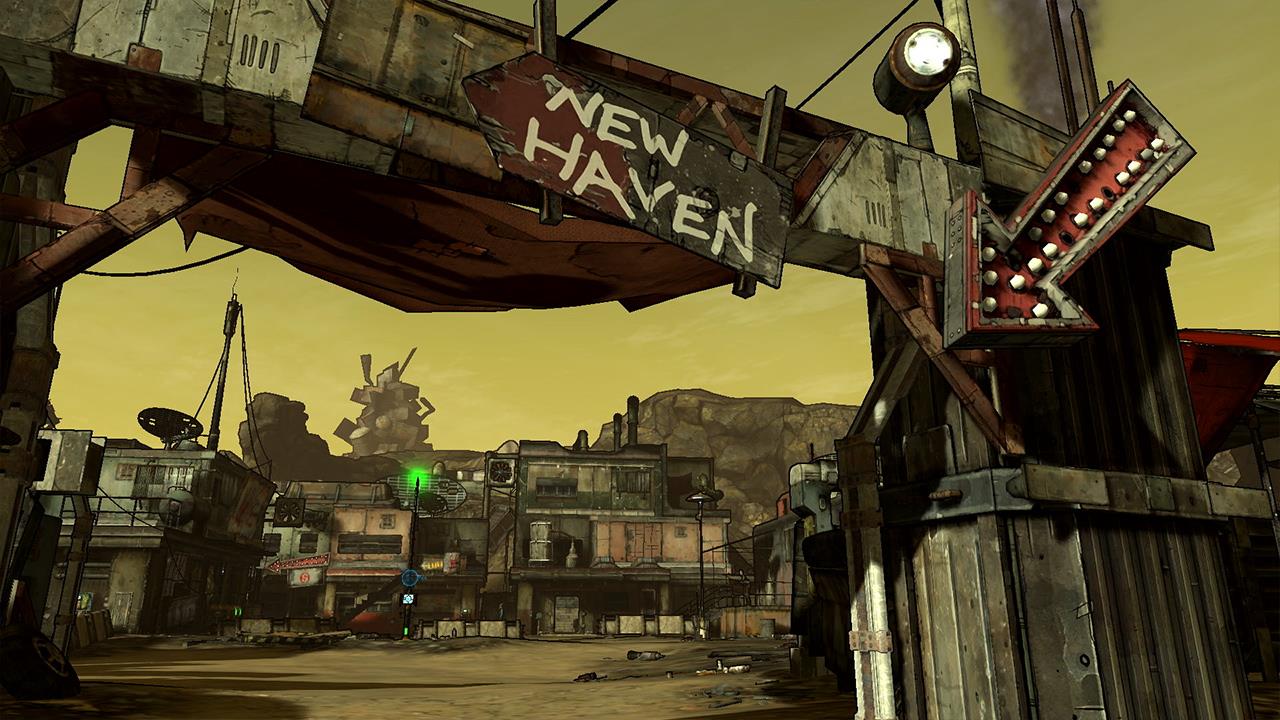 Now comes the big question: is Borderlands Legendary Collection worth picking up? In my opinion, absolutely. I’ve enjoyed all three of these games and I’ve probably put more time into these three games than most of my gaming collection combined. I was a bit nervous when I heard the Borderlands Legendary Collection was coming to the Switch because I still had thoughts of WWE 2K18 in my head and how bad that turned out. Then again the three games here have been out for around six to 11 years, as opposed to something that just came out, and had come out on the previous generation of consoles.

I am a little curious about the individual prices on the eShop as they could drive away someone who’s still a bit on the fence about picking this up. If you’re going to pay $30 for the original game or $40 for The Handsome Collection, you might as well pay the rest and get the entire collection. If it were me, I’d probably either wait for a sale or just go ahead and drop $50 for three games as opposed to paying $30 for one, then later paying $40 for the other two, or vice versa.

The Borderlands Legendary Collection is a great way to experience these three games on the go. Whether you’re a seasoned veteran of Pandora or brand new to vault hunting, the collection is definitely worth picking up, if for nothing more than the portability of all three games. The games play the same way as you remember, with the inclusion of motion controls if you wish to use them. But $50 for the first three Borderlands games on the go? Sign me up to hunt down and explore that vault.

Borderlands Legendary Collection is a great way to experience the first three games in the series on the Nintendo Switch. The games play as their original counterparts (well, Game of the Year edition for the original) and run about as smooth as their original counterparts both docked and in portable mode. As you're also getting just about every DLC add-on for all three games, $50 is definitely worth picking the collection up for the portability alone. Who knows, maybe if this does well we might just see Borderlands 3 on the Switch someday.