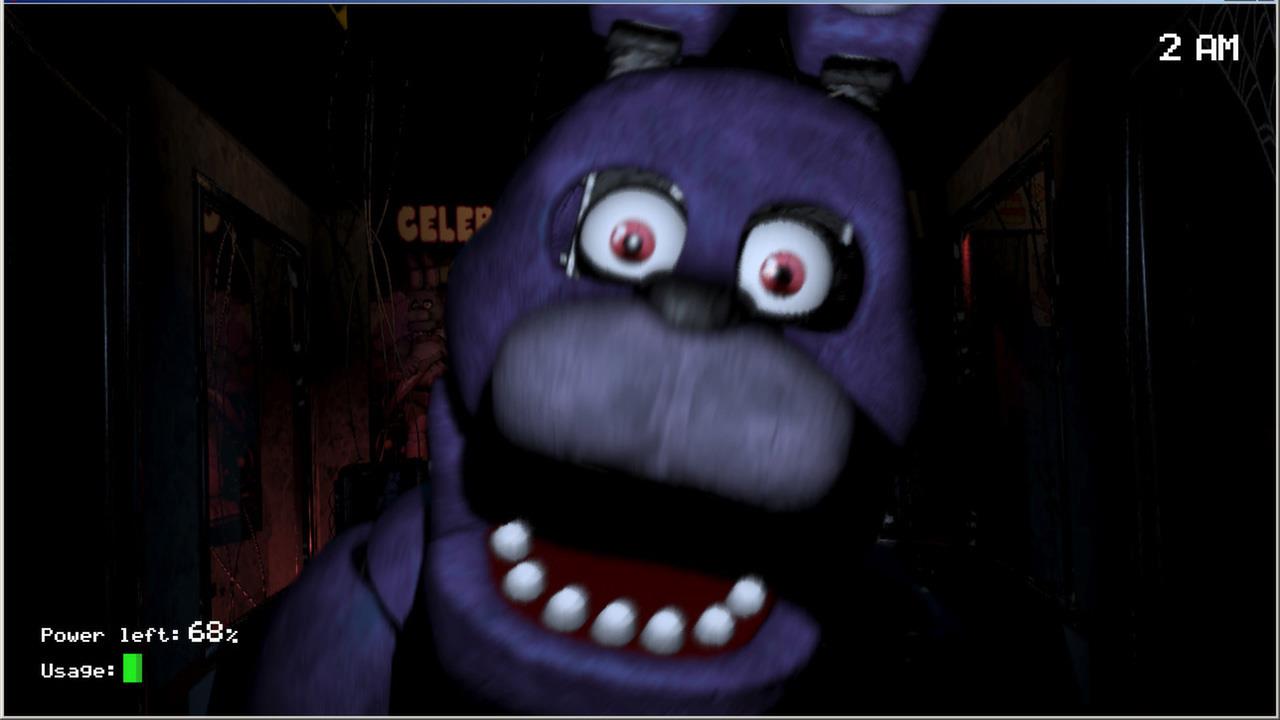 I am not a Five Nights at Freddy’s fan. This is not to say that I don’t enjoy the games when I come across them, but there is a difference between getting a bit of casual entertainment out of something and being a fan. I played and reviewed Five Nights at Freddy’s: Help Wanted for PS VR, and that terrifying (and terrifyingly difficult) adventure was just about enough to last me for the rest of my life.

Five Nights at Freddy’s, for those not in the know, is a series of games that position players as a night watchmen in a demonically active pizza parlor. The entirety of the game is spent in a little booth, watching on blurry security monitors as possessed animatronic monstrosities creep towards you with murder on their minds. It’s scary, and while I appreciate it, I wouldn’t call it “fun.”

My son Gabe, however, is a different story. Gabe is a Five Nights at Freddy’s superfan. Gabe has been following every incarnation of the game since it first appeared as some weird free-to-play thing online and kids started making those YouTube videos where they freak out and scream. Gabe knows all the lore. Gabe has t-shirts and action figures. His knowledge of the franchise is labyrinthine.

So, when the opportunity came to review the Switch version of Five Nights at Freddy’s: Help Wanted, I knew that I had to recruit Gabe to help. Why not go to the expert? I certainly couldn’t handle the idea of playing through this game again – I have a heart condition. But Gabe is a strapping young man. He could handle it.

I sent him the game, and a list of questions to answer since he is sheltering in a different state. That communication is as follows:

What games are included in this package?

There are three remakes of games included with the Help Wanted package. These include the original game, Five Nights at Freddy’s. In the original FNAF, you use your limited power supply to monitor the four animatronics present in the building, which will slowly creep towards you through the building. Sitting in a control booth, you watch a set of monitors, trying to ascertain who will try to approach the doors on either side. You use your limited power to block the monsters using said doors, along with flipping the lights on and off so you can see the blind spots next to the doors. If you make it to morning, you win the round, but this is easier said than done. 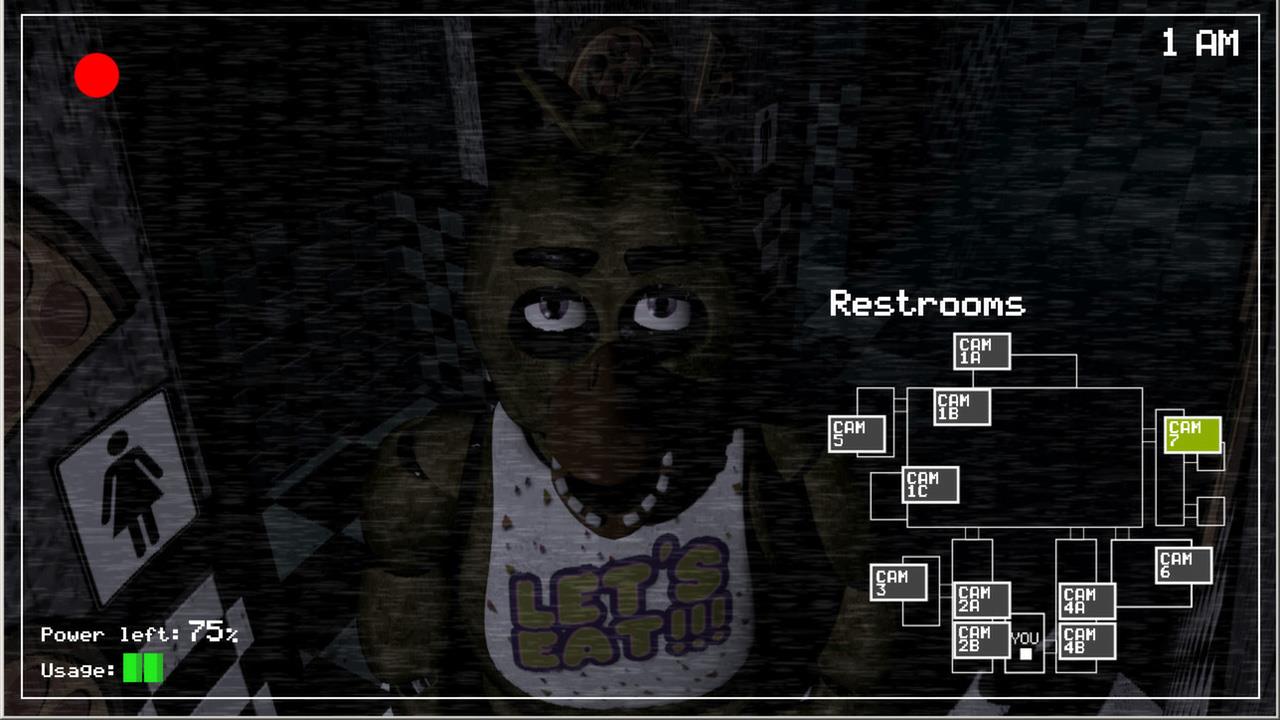 Five Nights at Freddy's 2 has you fighting off 10 animatronics. Similar to the first game, you watch them approach, but in FNAF 2, you put on a mask to get them to go away while continuously winding up a music box to prevent an instant game over.

Five Nights at Freddy’s 3 pits you against a single animatronic, luring it away from you with audio cues. Meanwhile you are also getting attacked by phantoms that will randomly pop up and shut down one of your systems causing you to need to reboot it. Like the other games, there is a constant push and pull between using your powers and conserving them.

There are also four sets of completely original minigames. “Dark Rooms,” a collection of minigames where you are in a dark room and must use a flashlight to either catch an animatronic, scare them away, or hold them in place while you crawl to the other side of the room – depending on what minigame you are playing.

“Parts and Service” has you repairing an animatronic, following very specific instructions. If you mess up or take too long, you earn an instant game over. “Vent Repair” has you performing various tasks in a vent system while an animatronic crawls through the vents trying to get to you. Lastly, there is “Night Terrors,” which puts you in the four rooms from Five Nights at Freddy’s 4. In three of the rooms, an animatronic will try to attack you from all angles. In the fourth you are hiding from an animatronic in the closet.

How does playing the game on Switch differ from playing on PC or in VR?

Compared to the VR version, the game plays roughly the same. The main differences are that you use a controller to play, and you cannot freely look around the room unless you press down the left stick to activate the free looking mode. 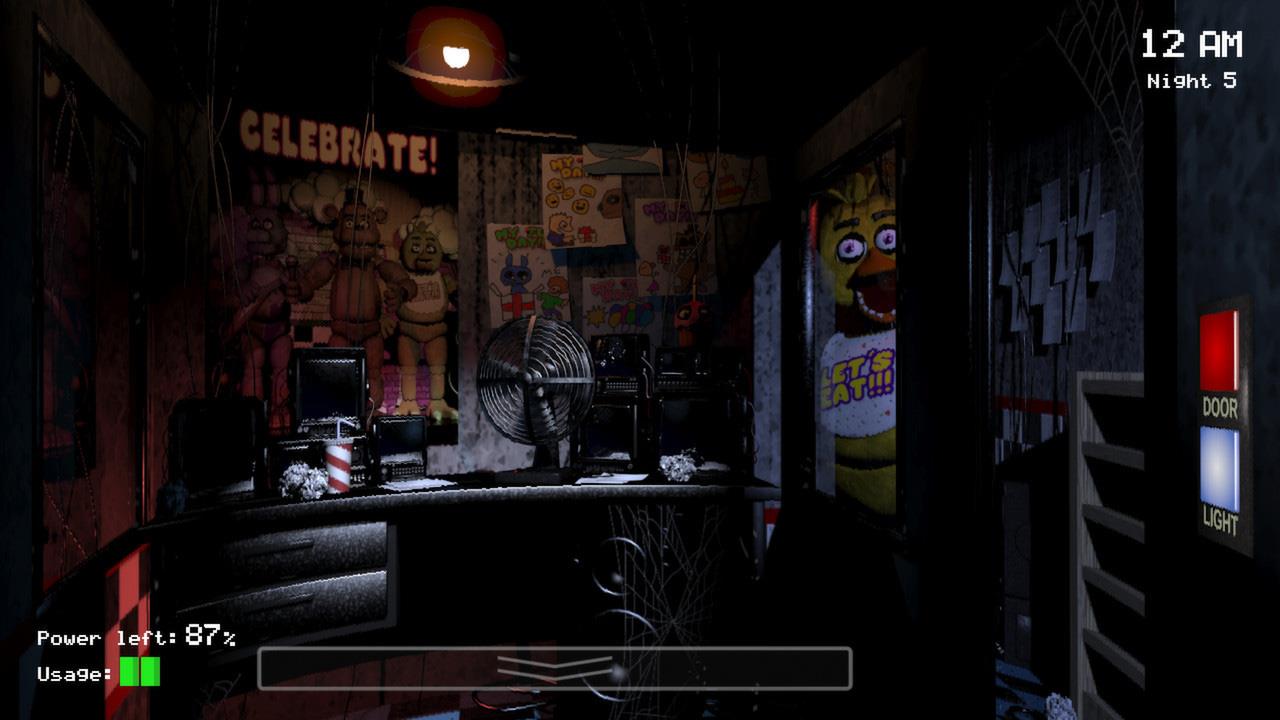 The Switch controls work well, but the game never properly explains how they work. When you load up a level, Help Wanted gives you basic instructions on what to do, but doesn't always tell you how to use the controls to accomplish that goal. For example, I was having trouble in the first three games using the camera system until I discovered you can easily maneuver the cameras with the right stick. Knowing the camera controls would have been extremely helpful.

How is the sound mix? Did you play with headphones?

The sound plays a large part in the ambiance of the game since most of the time you are in dark areas. As such, environmental sound can be key in detecting the animatronics. Sounds like footsteps or clanking in the vents give you clues as to where the bad guys are. I definitely recommend playing with headphones. 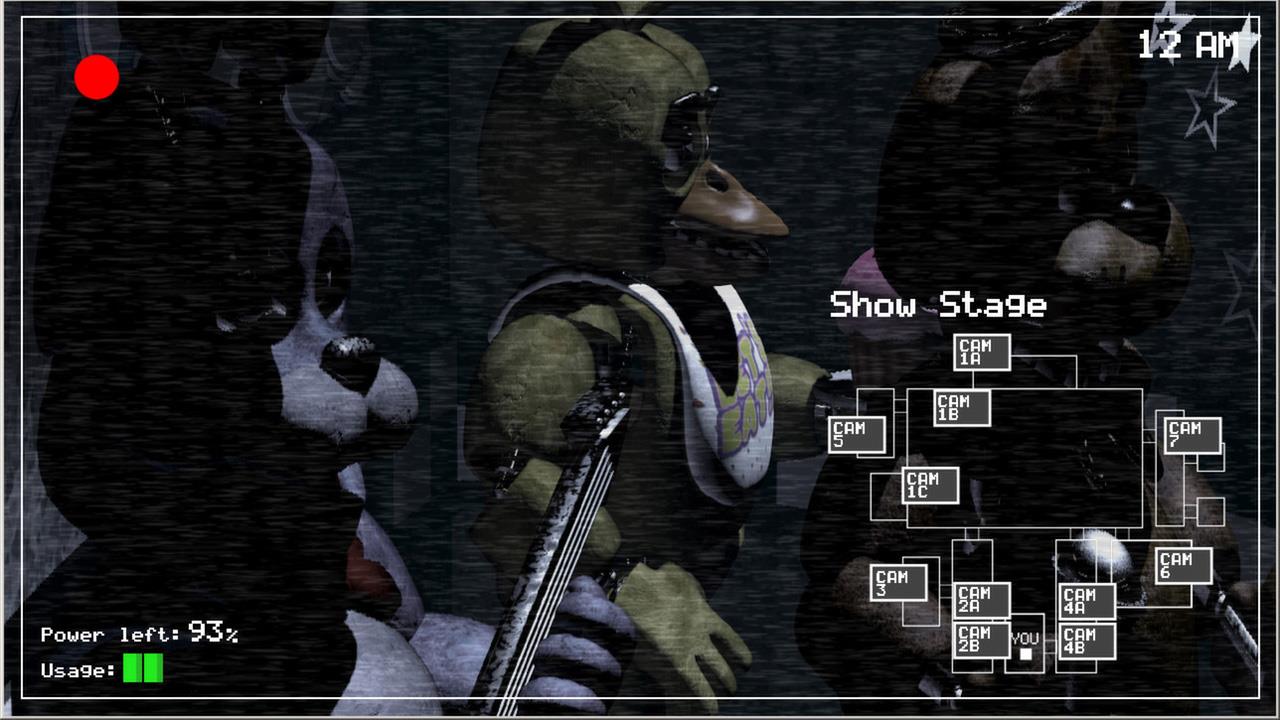 Since you are so familiar with the series, was this game easy for you? Harder? Why?

The remasters were easier than the PC version – but this is actually a good thing, as those games were so hard that the final level took some people up to 20 hours to complete and were generally rage inducing.

The hardest parts of the game were some of the original content, specifically the vent repair section along with the “plush baby” minigame from the Dark Room section.

What would you change about this package to make it better? Is there anything that they should have included that they didn't?

If I were able to add to the package, I would put in the missing characters from the remasters. The development team left out some very cool characters – most noticeably Golden Freddy, a fan favorite. They also skipped a few phantom animatronics from Five Nights at Freddy’s 3. While these are not the most important characters, my thinking is that if you are going to remake a game or have a definitive collection, you should make sure to include all the characters. 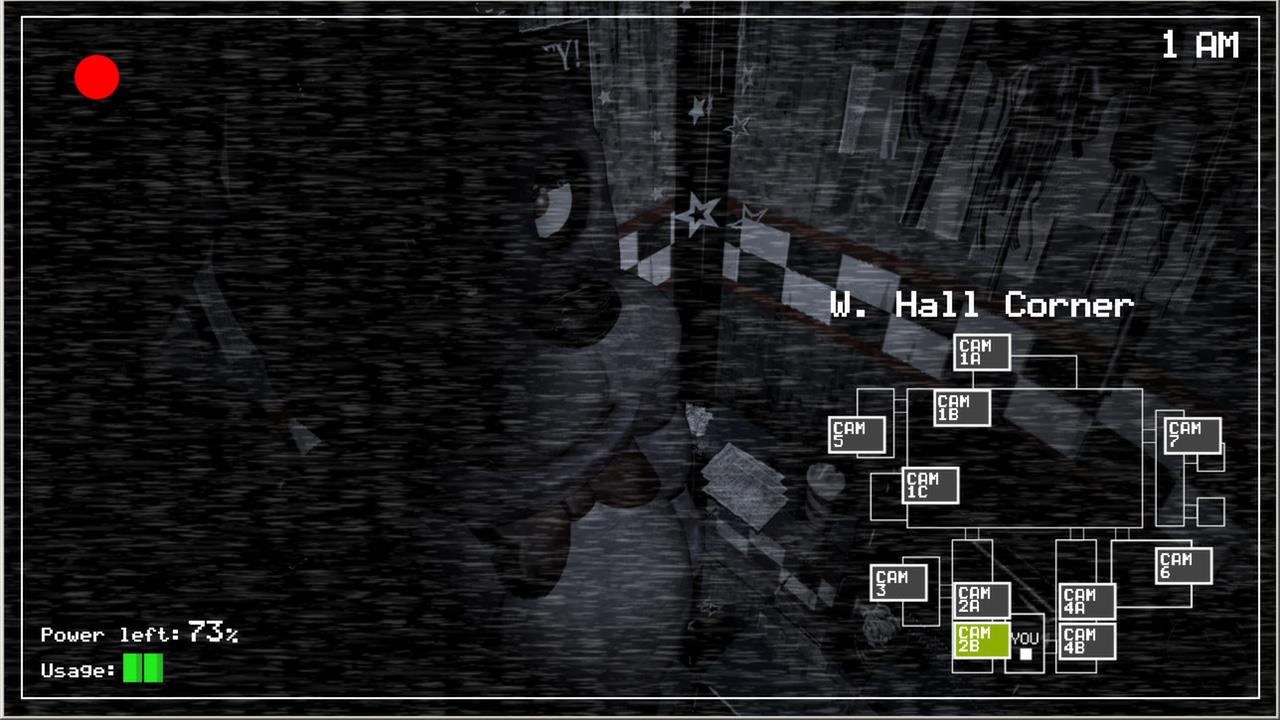 What did you like best about the collection? Is there anything that ties all the games together?

The best part of the game is the remasters, for sure. The originals were developed in an indie style and have noticeably aged, so having them completely remade from the ground up is really nice.

The game does have a loose overarching story. The ideas is that the game we are playing was designed by the company that made the animatronic restaurants. They are poking fun at these “stories that are loosely based on actual events” in an effort to rebrand and move on without their shady past. There are also tapes that are hidden around the levels that reveal more of the corruption behind the game, expanding on the lore in fun ways.

Is there a difference between playing in handheld mode and on a tv?

The game works perfectly in both handheld and docked mode with no real difference.

The game was a very enjoyable experience, but due to the lack of a proper control explanation and having some of the characters missing from the remakes, I would definitely give this an 8 - 8.5 out of 10 rating.

Gaming Nexus (and I) would like to thank Gabe Hauter for his contribution to this review.

Five Nights at Freddys: Help Wanted is a very enjoyable experience. The game provides remakes of the first three Freddy titles, along with a selection of new minigames. While having these games remade in HD is great, the lack of proper control explanation and some missing fan-favorite characters detract slightly from the experience.