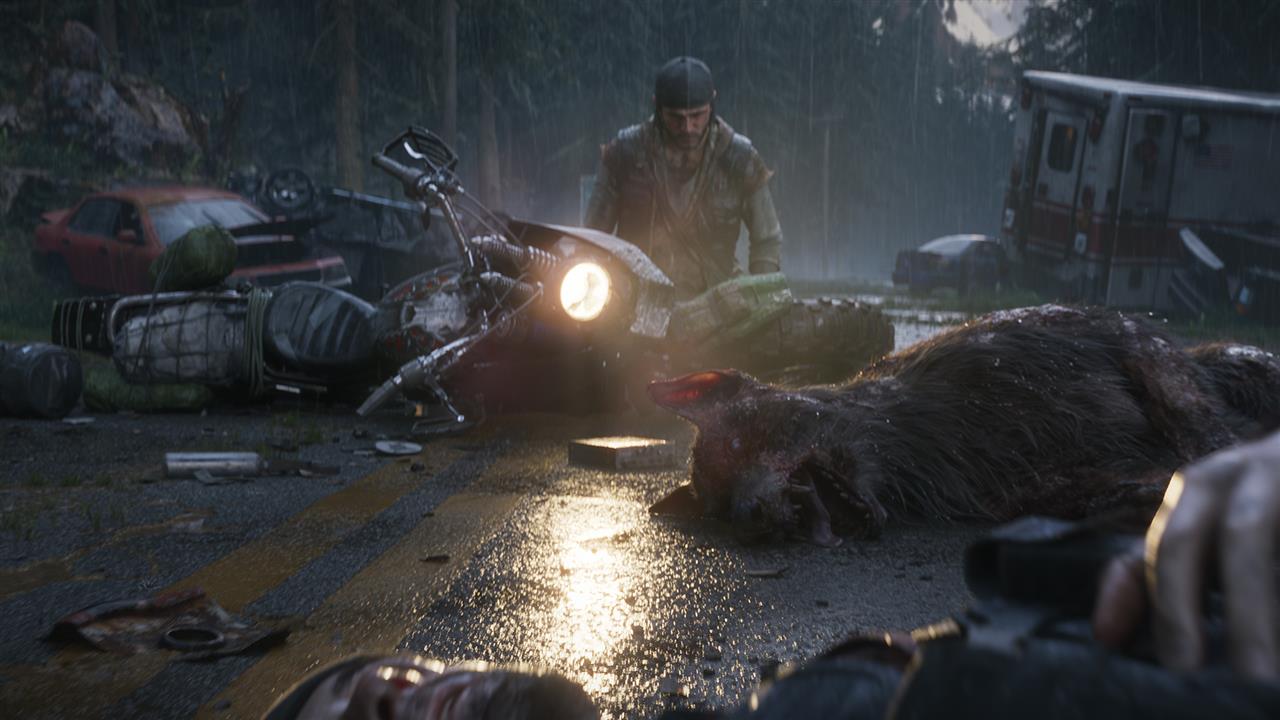 With the whole The Last of Us 2 kerfuffle going on, I decided to revisit the first game, and then I remembered why I’ve only ever gotten a few hours into it and resorted to watching Lets Plays. This is an unpopular opinion but I think The Last of Us is kind of overrated. Now I’m not saying it’s a bad game because what is there is very well done, but it’s mostly surface level; it’s a game that is very much style over substance all the way through. The combat, stealth, crafting, survival horror and exploration have all been done better by older games and in The Last of Us they’re a bit too compartmentalized, like the game mechanics are there to float you from one super-duper sad and serious cutscene to the next. Once you get past the plot’s initial tragic gut-punch it’s clear that the story is fairly cliché and doesn’t have a whole lot going on other than pandering to the basest emotional triggers.

Once again I stress that these things are extremely well done, but there’s nothing groundbreaking about The Last of Us, not today or even when it launched in 2013, outside of the admittedly stunning graphics Naughty Dog pulled off on the obstinate PS3. I think that if a work of fiction makes people cry they’re a lot less likely to judge it objectively, and I think that’s what happened with a lot of critics and The Last of Us. It strikes me as just one more game desperately trying to be a movie and kind of missing the point of what makes gaming a unique art form in the first place, because Children of Men was the exact same movie and did a much better job of it years ago. Suffice to say, I’m even less excited about The Last of Us Part 2 than I was before revisiting its predecessor.

Contrast that with another Sony-published zombie game, Bend Studio’s Days Gone, which got a bad reputation at launch for a host of technical issues but has been dramatically improved through ongoing patches. I picked it up on sale and so far it’s giving me everything that I wanted that The Last of Us failed to deliver. I can’t get enough of this game and its story and characters. It hits on several of the same themes as The Last of Us—loss, grief, learning to move on—but Days Gone is a much slower burn so it has the time to layer in a lot of emotional nuance that you just don’t get in Joel and Ellie’s polished but fairly surface-level arc. Days Gone goes further by exploring the double-edged nature of hope as well, how it can nourish you and keep you going one moment but lead you on and drive you crazy if you let it.

The game forces you to take the same long trip through zombie-infested territory multiple times, just so protagonist Deacon St. John can visit his dead wife's memorial. It's dangerous and foolhardy, but it uses the typically hand-waved repetition of gaming to demonstrate that dining on ashes is a risky indulgence. At the same time you can't help but feel for poor Deacon because anyone who has experienced grief knows exactly what he's going through. Credit where it's due: the nuanced, relatable performance by Sam Witwer really sells Deacon, and after Days Gone I have a newfound appreciation for him as an actor.

Days Gone has a story that is much grayer than The Last of Us; charters you grow to love are revealed to have done some pretty messed up stuff in their past, and the scary part is that some of it was justified. It made me reevaluate my approach to videogame protagonists, and reinforced that singular trait of the medium: gaming is the only kind of entertainment that can make you feel guilty for the actions of a fictional character.

The gameplay is also a lot more engaging and holistic. The Last of Us had a very detailed and gorgeous world, but it felt extremely linear and paint-by-numbers. It groaned against its level-based constraints, which I felt detracted from the world building Naughty Dog had accomplished. Once I got past the wow factor and settled into the game's fairly shallow routine, I realized most of that world building had been lifted wholesale from I Am Legend, regardless of how polished or beautiful it was. Days Gone is certainly less polished than The Last of Us--it took several patches for Bend Studio to iron out the crippled framerate, broken AI and scripting bugs.  It is no less beautiful though, and it feels a lot more like a real place inspired not by movies but the Oregonian stomping grounds of the developers themselves. The back roads of Oregon in Days Gone have an uncanny similarity to the rural northern Ohio country where my wife grew up; everywhere you look are the chipped, faded ruins of the 50s and 60s, long neglected and forgotten. These places were a ratty mess full of dead dreams before the zombies showed up, which makes their dilapidated Americana all the more poignant.

More importantly, Days Gone uses its zombies as part of a persistent ecosystem. You’re never truly safe “out in the shit” as the characters put it, which forces you to adopt a cautious, stealthy, almost paranoid prey animal mentality that makes for some great emergent gameplay. You never know when you’ll blunder into a vast roaming herd of zombies and you're badly outmatched even tackling a baker's dozen, so you quickly learn to plan for the worst. Combat is stiff, slightly clunky; not in a broken way, but a consciously limiting way that reinforces you're playing as a vulnerable human with tangible restraints and dwindling stamina and supplies, and nearly every action you take depletes you somehow. You savor those perk points; skill tree upgrades feel more like real accomplishments because you are starkly aware of your limits, and no matter what you're still only a couple dumb decisions or a streak of bad luck away from a grisly demise.

The other day I drove past a horde of freakers as they effortlessly ran down and tore apart a fleeing doe like a pack of African driver ants. The stark natural horror of that emergent moment was a lot scarier than anything in The Last of Us; it wasn’t a cutscene or quick time event, just something that happened, and could very well have happened to me if I had been just a little less cautious or prepared. I’ve experienced few gaming moments as terrifying as being stranded out in the middle of nowhere, at night, with a busted bike and no fuel, low on ammo and bandages as scary noises echo from the woods all around. Days Gone's tagline is "this world comes for you," and boy they aren't kidding.

In short, The Last of Us is an arresting, beautifully crafted dystopian movie, but we already have plenty of those. Once I sorted the polished but rote gameplay from the tragic but naggingly familiar cutsenes, I realized I'd seen this movie so many times before, and I didn't feel like sticking around for an ending I already knew. Days Gone on the other hand is a very well made zombie game. It's slow to start but it paces its drama, story and characters more like an effortlessly bingeable TV show. This more patient, measured pace weaves the narrative into a gameplay framework that feels a lot more natural, so that the game parts of this videogame compliment the flow of the story instead of clashing with it. For me at least, this makes Days Gone a lot more engaging and memorable than The Last of Us.