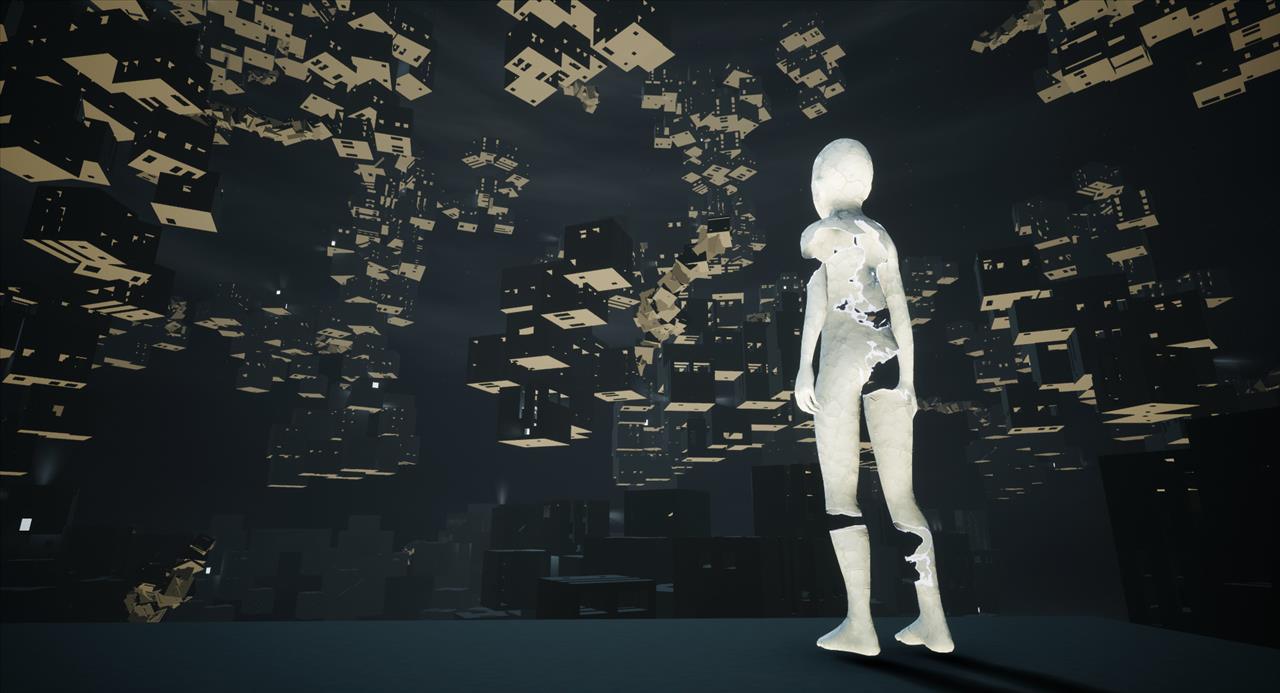 The Inner Friend is not a terrible game, but it is a game best approached with lowered expectations. Or even better, a list of what features to expect and what you might be disappointed not to see. This is a game that does a number of things really well, but The Inner Friend also drops the ball on some functions so basic that the game almost seems broken at times.

If you enter The Inner Friend expecting a horror game, you are doing to be deeply disappointed. While there are certainly horrific elements, the bulk of The Inner Friend is too abstract and fleeting to really summon any fear from the player. Though some of the scenes are creepy indeed, they are more effective as intellectual creative interpretations of real-life events. The horrors in The Inner Friend are psychological in nature, and while this may be difficult for some players, many will likely stroll through the game unaffected by its museum of individual pain and suffering.

The Inner Friend is an artistic exploration of childhood traumas, seen through the lens of the subconscious. Memory is a funny thing, and we all revisit experiences from our past in different ways. Every human on earth carries scars of some sort, toting our childhood fears and disappointments around with us like luggage. Then Inner Friend chooses to examine the traumas of its main character through a series of video game levels. This approach seems as legitimate as any other. Some people journal, some people talk to counselors, some people make video games.

After a brief cut scene establishes that we are looking at the inner workings of an apparently traumatized adult, players are plunged into the meat of the game. Taking on the role of a nameless, faceless, somewhat damaged mannequin-like figure, players make their way through a series of levels, solving puzzles and dodging terrifying figures from their past.

Through a series of winding though mostly linear settings, the player moves their faceless avatar down dark corridors and through empty rooms, eventually making their way to the focal point of the trauma. This central figures and events are not resolved, per se, merely revealed and acknowledged before the game pushes the player forward to the next. 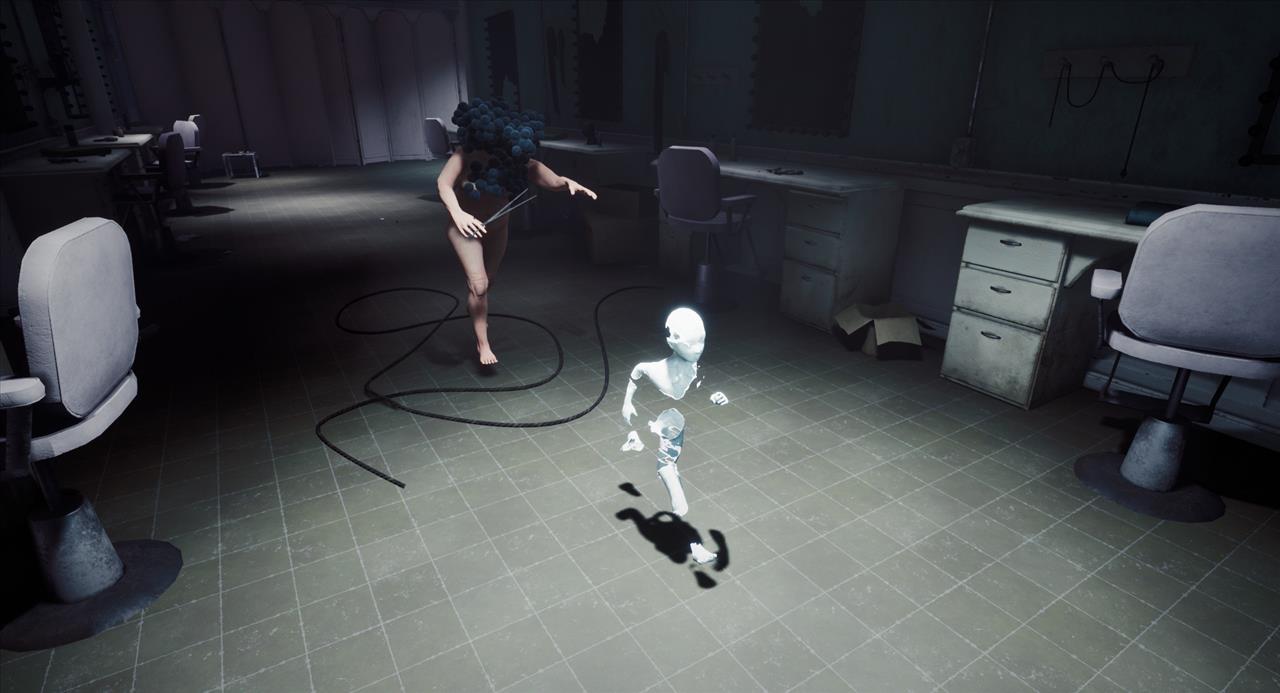 Before I get too deeply into the stuff about The Inner Friend that bothered me, I want to offer praise to a few notable aspects of the game that are truly stellar – the sound and music, and the creature design.

The sound work in The Inner Friend is utterly amazing, making areas that have no business being creepy into horrific nightmare-scapes. The music is all early '80s synths, clanging away and adding atmosphere in a way that reminded me of the soundtrack to instant classic horror film It Follows. And a few well-times sound effects are able to convey story points as effectively as any visuals would be.

For example, early in the game, the main character is wandering through the hallways of a school, where some bad stuff clearly went down. Occasionally, the figure comes across another of its ilk, contorted into a pained position. It is unclear, though, whether these are representations of the same character or other victims. At one point, the character wanders into an innocuous broom closet. Suddenly, the character seizes up in pain and the music crashes down, stunning the player with the knowledge that whatever happened in this closet, it was not good. Moments like these elevate The Inner Friend, and highlight the care and work that went into the game. 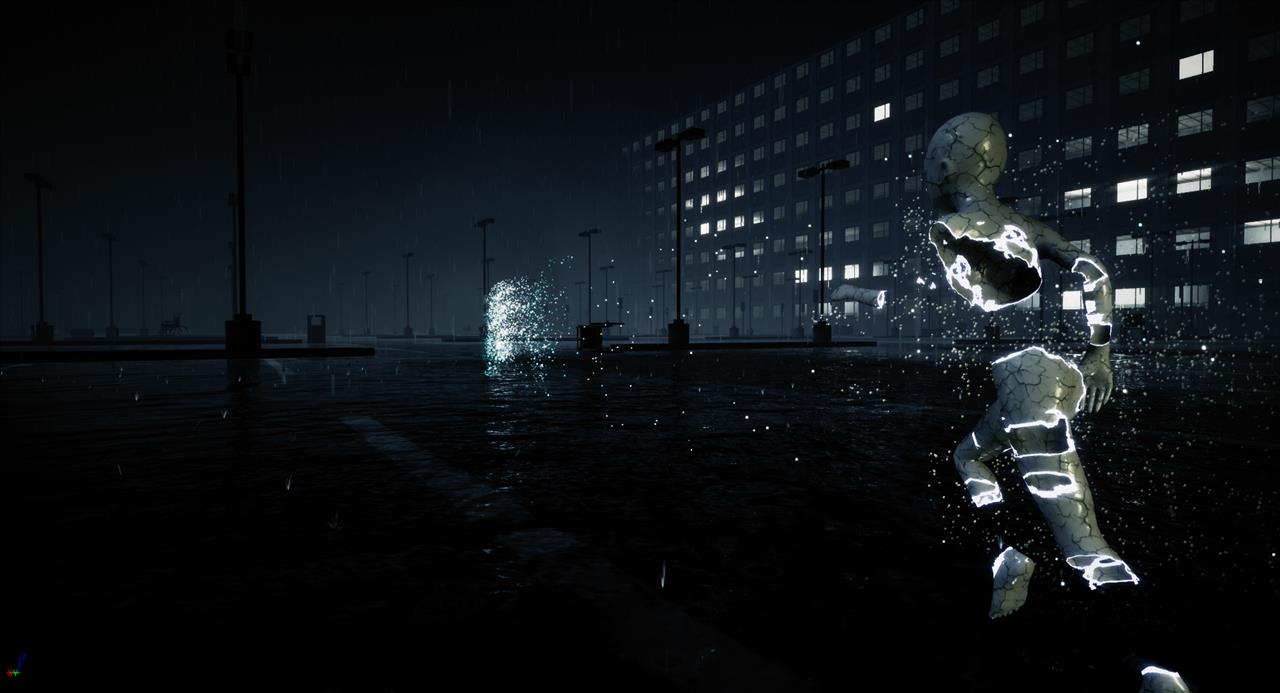 The creature design in The Inner Friend is also quite stunning. When the main character encounters figures from his past, they are represented by shockingly deformed monstrosities. I don’t want to spoil some the game’s better moments by revealing too much about these awful beasts, but running across them will make even the most hearty player want to turn tail and run.

Which is good, because there is no real combat to speak of in The Inner Friend. The little mannequin boy has two functions – beyond running around: jump and “interact.” So encounters with enemies typically involve solving a puzzle to move past them, or running the hell away. 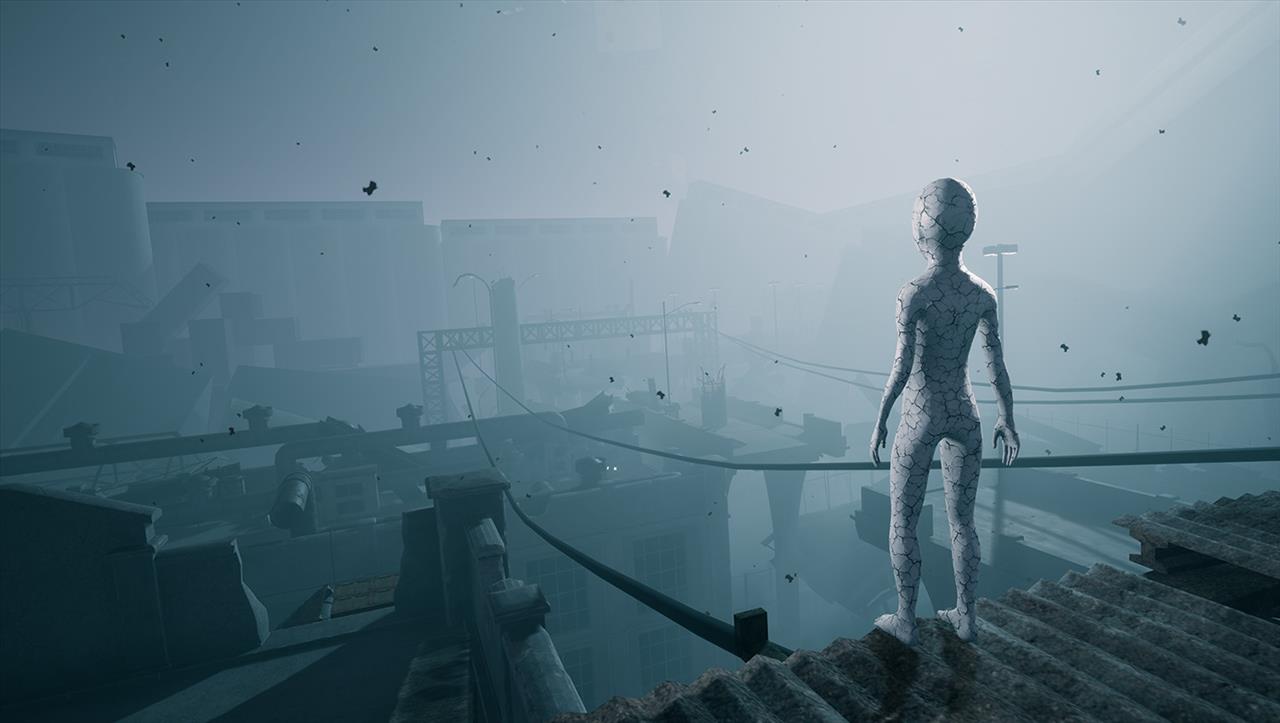 It is with these functions that I began to have some serious troubles with The Inner Friend. While the settings and atmosphere of The Inner Friend are heady and sophisticated, the actual control over your character is remedial at best. Basic movement is encumbered by one of the strangest and hopefully unintentional mechanics I’ve ever seen in a game.

Every time you go to move your pale little dude, he takes a step forward in whatever direction he his facing before pivoting to run in the direction you want him to move it. In puzzle areas where precision is required and one wrong step can lead to a quick death, having this clown start moving in the wrong direction is mad frustrating.

The puzzles themselves are of a basic sort. Not to say that they are easy, exactly. But the mechanics behind the puzzles feel so rudimentary that they may as well be constructed on a piece of graph paper. With a game that exists in this heady space, I was expecting something a little more mind-bending than whapping a pile of books from desk to desk in order to block a laser beam.

And that may be my main issue with The Inner Friend. As a psychological study it is interesting, if somewhat incomplete. But as a video game it feels a bit underdeveloped, with elements that don’t seem to jibe with the rest of the experience. And don’t get me started on the skydiving weirdness that players must endure between levels. That bit is simply unbearable.

While The Inner Friend is worth a look for those interested in alternative gaming, most mainstream horror fans will likely want to pass. An incohesive and choppy structure never lets the game gather the momentum it needs to succeed. Compound that issue with some rough controls and decidedly primitive puzzle design, and you are left with an interesting experiment with a few standout moments that doesn’t quite stick the landing.

The Inner Friend is a game with interesting ambitions that doesn't quite gel together into a cohesive whole. While elements of the game (music and creature design) are quite stellar, other areas (puzzles, controls) suffer enough to hold the game back from what it could have been. The Inner Friend is still worth a look as an interesting experiment, just go in forewarned about the parts that don't work so well.