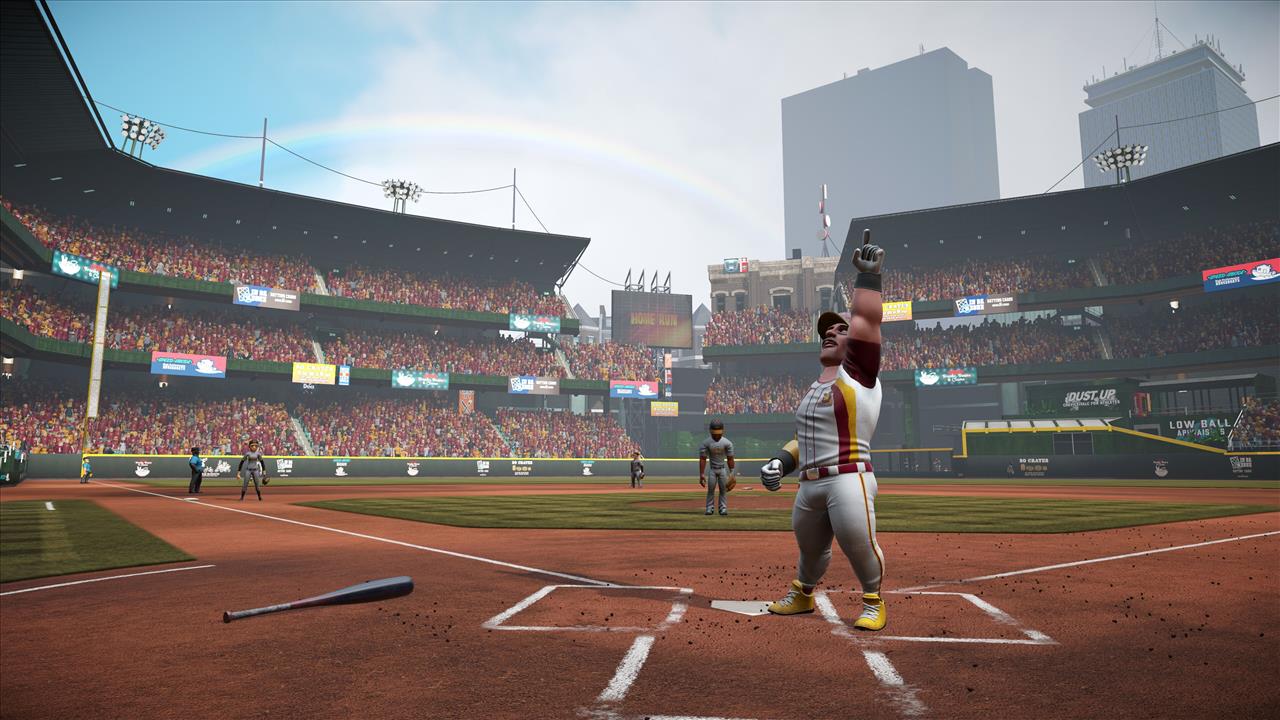 It’s been a bizarre spring. American baseball hasn’t endured such lengthened interruption since the 1994-95 Major League Baseball strike. While we can’t watch our favorite teams take batting practice, or listen to the sweet sizzle of hot dogs on the concessions’ grills, or diagnose umpires with acute vision loss, we can still try to virtually satisfy our baseball cravings.

Developer Metalhead Software set a high bar for itself with Super Mega Baseball 2. Impressively, they outdid themselves by maintaining the elements of the franchise that made it successful and adding more layers to enhance the overall experience. Its lovable cast of players, like Jock Sports and Beefcake McStevens, and comically named teams, such as the Overdogs and Platypi, return. In fact, the Super Mega League has inducted four new teams: the Hot Corners, Heaters, Jacks, and Sand Cats. The pool of ballparks has grown too, adding six new locales.

Customization remained a priority, as every player, jersey, logo, and game mode can be tailored to the user’s preferences. Plus, get excited, Metalhead plans to release a post-launch update that will include a team import tool, meaning gamers can import their favorite user-created teams from SMB2. My Sand Devils and Maniacs will be making an appearance. 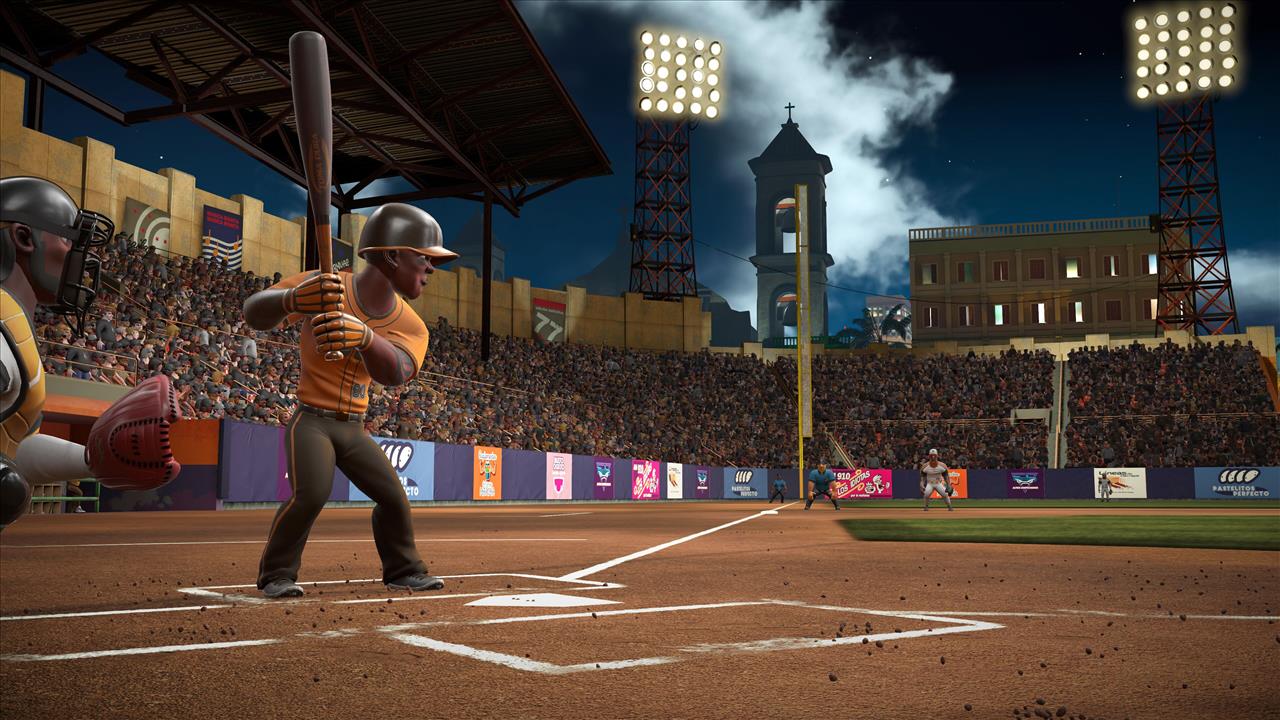 Any sports title worth its salt must nail its respective sport’s fundamentals. With keen attention-to-detail and high-quality gameplay, SMB3 captures baseball’s subtleties.

At its core, SMB3’s gameplay remains true to its identity. But, to improve the in-game experience, Metalhead tinkered with some of the mechanics. Pitching received an added wrinkle—and a possible trigger for spontaneous controller throws—with the inclusion of wild pitches and passed balls. Expect a few untimely trips to the backstop if your catcher’s fielding ratings are low. Pickoffs were also incorporated into SMB3, as users now control the timing of stealing bases. Lastly, many of SMB3’s players now possess Player Traits, which can be beneficial or detrimental. For example, pitchers with the “BB Prone” trait shave 25 points from their accuracy rating when pitching with a 3-ball count. Another example, baserunners who posses the “Stealer” trait receive a speed boost when attempting to steal. 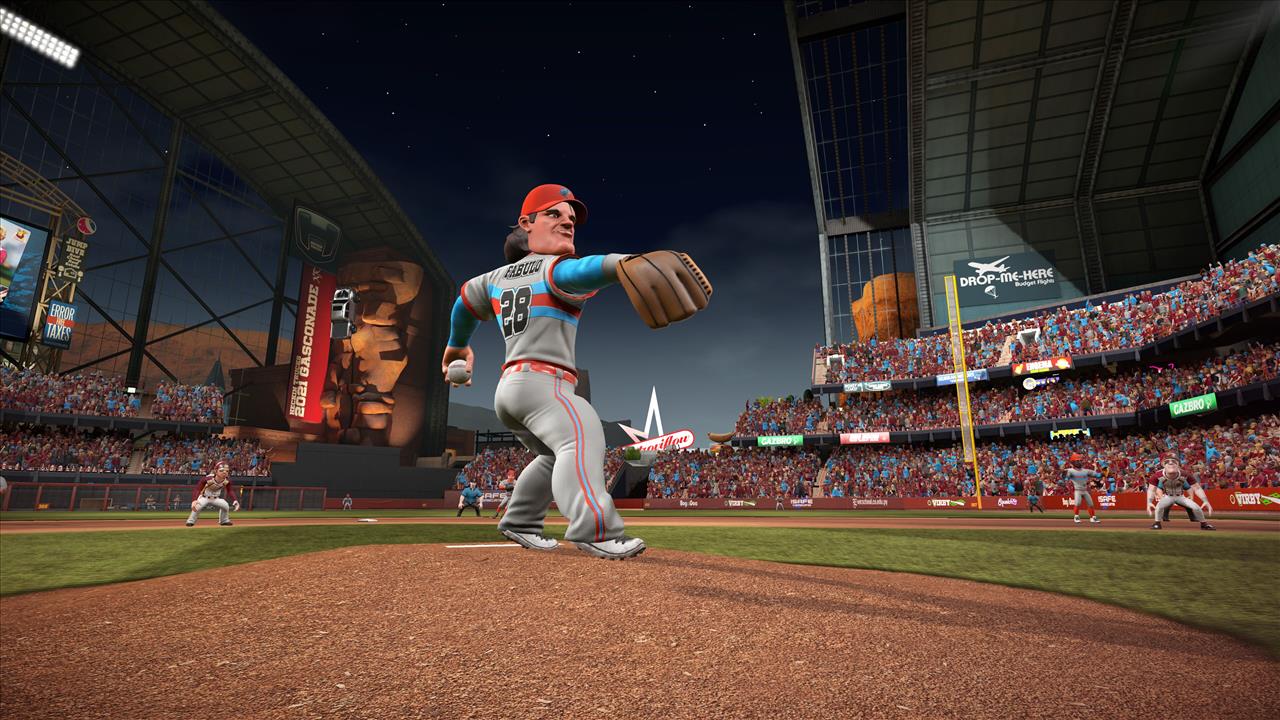 At first glance, SMB3 might look like an arcade button masher, but it’s far more than that. Like its predecessors, SMB3’s “Ego” difficulty system (a sliding scale of 1-99, or “Easy” to “Super Mega”) determines your gameplay experience. Casual gamers will have fun beating up the opposition on lower levels, but, if you want a challenge, bump up your Ego score for a true test of your skills.

The team import tool isn’t the only post-release update we can expect. After considering the SMB community’s feedback, there will be an all-new custom pennant race game mode that leverages cross-platform play. The new mode allows up to 32 players to participate and will be totally customizable, such as games per series and innings per game. 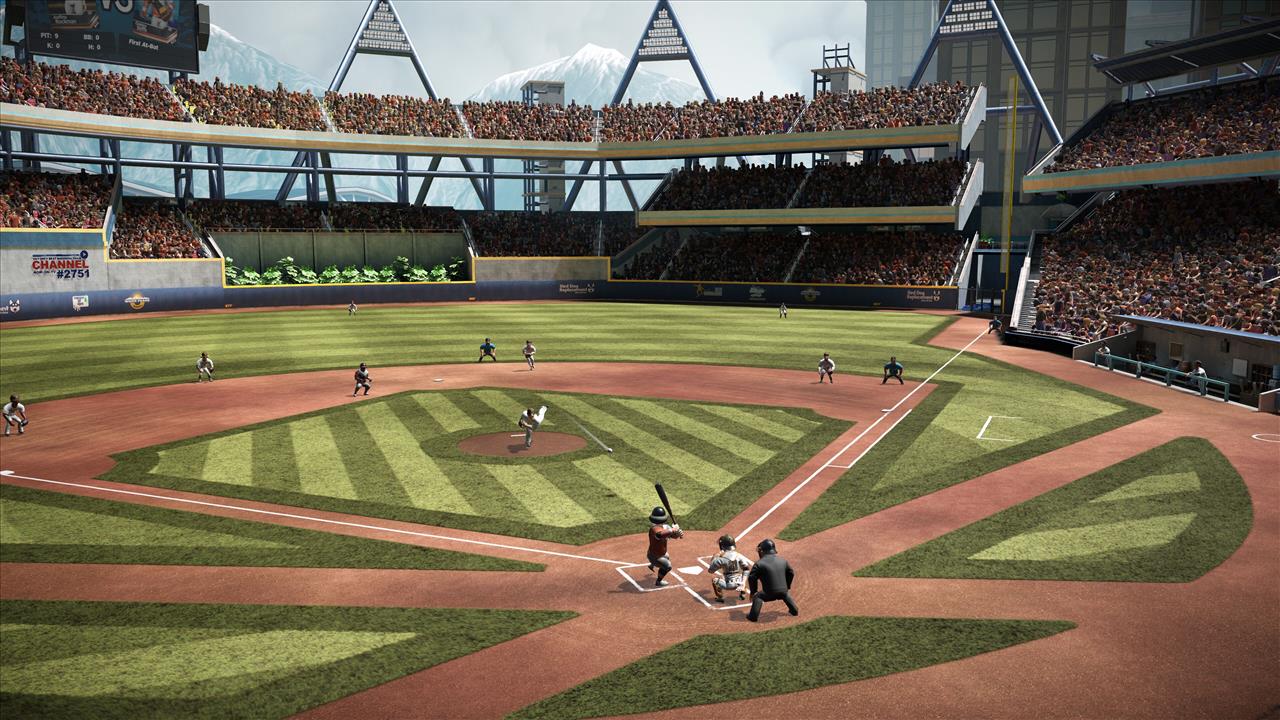 SMB3 called itself up to the big leagues with the inclusion of a franchise game mode, an integral component of any major sports title. In the series’ previous two titles, the closest players could come to managing a roster was via season mode. Now, players can think long-term and build a dynasty.

For wannabe dynasty-builders, players have two choices: standard or custom franchise. The former uses the default teams, while the latter allows for total customization—such as managing a user-created team.

Team diversity is one of SMB’s biggest strengths. No matter what your playstyle preferences are, there’s a team for you. For instance, there’s the aptly-named Sirloins, which bear the “extreme power hitters” label. These folks are meaty—and their strengths and weaknesses reflect that. Hopefully, their overwhelming power compensates for their slow-as-molasses speed. Or, if you’re big on shutting down your opposition, the Moonstars and their star-studded pitching staff are a better fit. 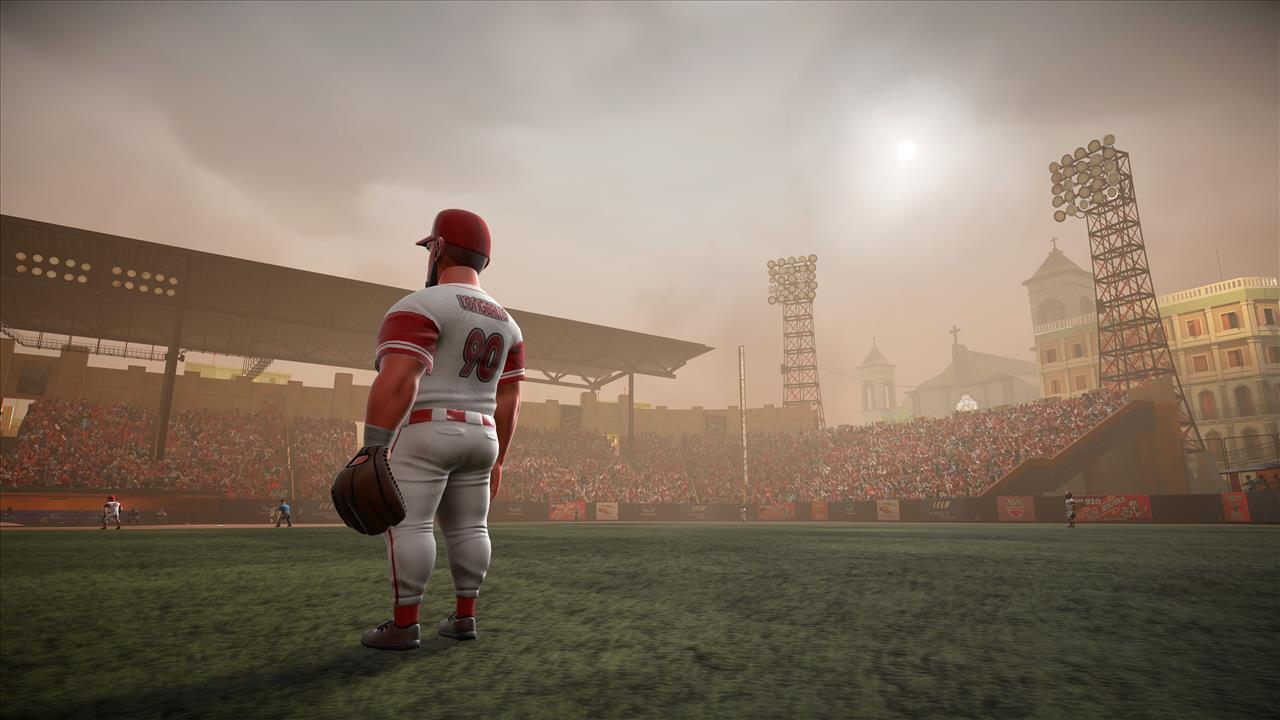 When it came time to decide on my franchise team, I had to go with the Wideloads. With an emphasis on power-hitting, the Wideloads are a handful. While they won’t beat you on the basepaths, they’ll hammer you in the batter’s box. Doubles in the gaps, not double steals. I quickly became acquainted with this lovable squad. Hack Liner’s clutch “RBI Man” trait, which boosts hitting ability with runners in scoring position, won me a few games. Chimo Gaspar’s power gave opposing pitchers nightmares. Fungo Accuro infuriated me like no other player. Our relationship could best be described as...bumpy. His wimpy power rating of 35 (on a 100-point scale) led to many weak groundouts and double plays.

But, as your team’s manager, on-field performance isn’t the only factor to consider. In franchise mode, roster management is more important than ever. On top of dealing with fatigue, deflated mojos, and injuries, players also must navigate SMB3’s version of free agency and player development. 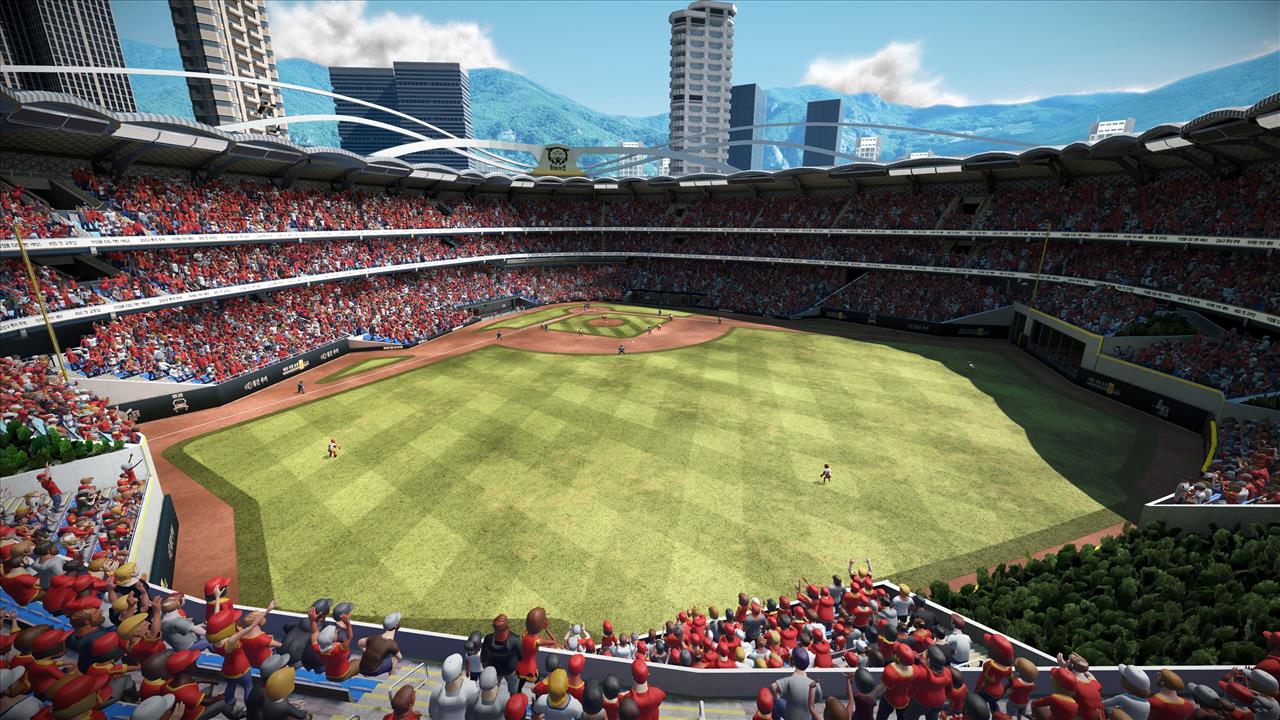 Between seasons, new players enter the league and existing players retire. During seasons, players rotate between rosters and free agency as teams sign or drop them. Every transaction is one-for-one: if you sign a player, you must release a player.

If you’ve got your eyes set on the long-term, you can also improve your roster by upgrading existing players with Player Development Opportunities, or PDOs. Yes, PDOs sound like PEDs, i.e.,  performance-enhancing drugs—and that’s because sometimes they are. SMB3’s PDOs aren’t always what you’d expect, like extra cage time or a few more bullpen sessions. Instead, you’ll dole out six or seven figures for “teeth whitening,” “corking,” or “stimulants.” 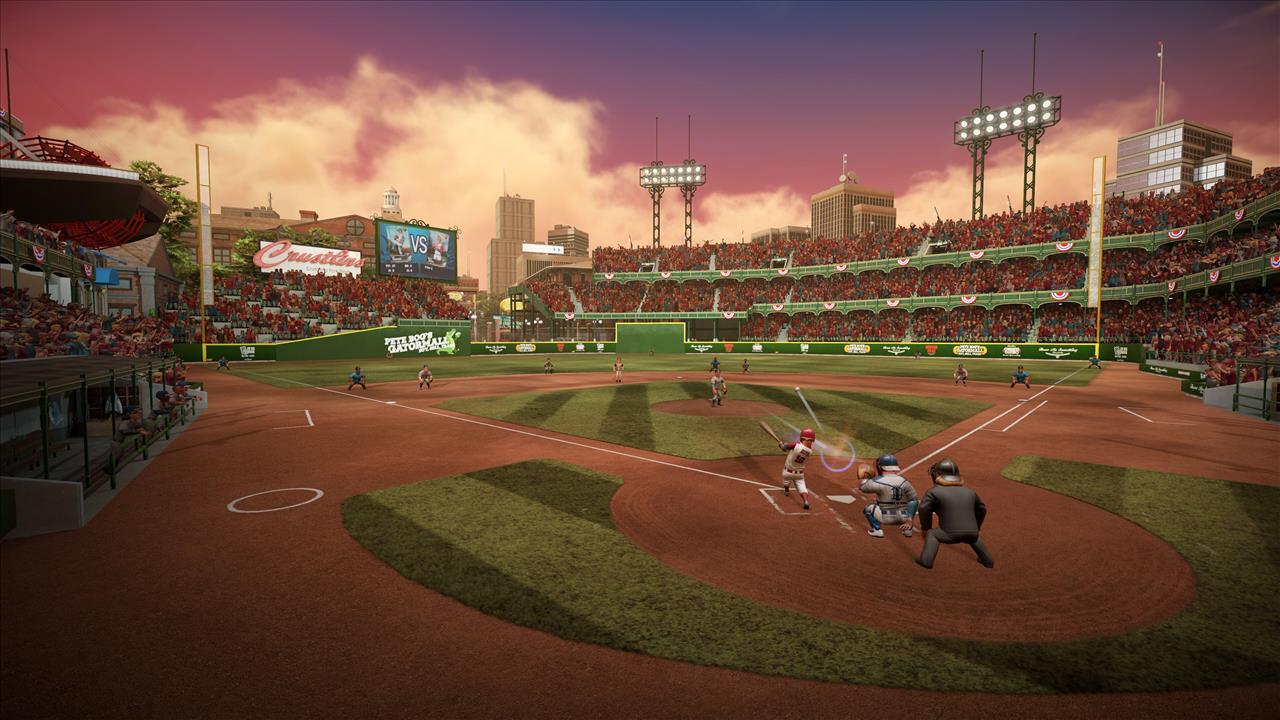 When you consider all major criteria, franchise mode is a home run—a true dinger. The added depth, such as free agency and player development, keeps you engaged and wanting more. But, as with any title, there are a few critiques worth mentioning.

From an under-the-hood perspective, I’m sure it’s cleaner to only permit one-for-one free-agent acquisitions, but it’s also limiting in terms of roster strategy. You can’t drop two low-end benchwarmers to pick up a possible starter, and you can’t trade with other teams. The one-for-one system works in select situations though. During my franchise’s initial season, my star shortstop, Masha Donga, got off to a rough start, which pummeled her mojo and, thus,  ratings. Couple that with the Wideload’s deep selection of infielders, and Donga quickly lost her spot in the starting lineup. But, rather than save an expensive seat for her on the bench, I dropped her in exchange for an A-graded center fielder, bolstering my starting nine. The move paid off, as my new center fielder, Dubai Wood, concluded the season with a .381 batting average. 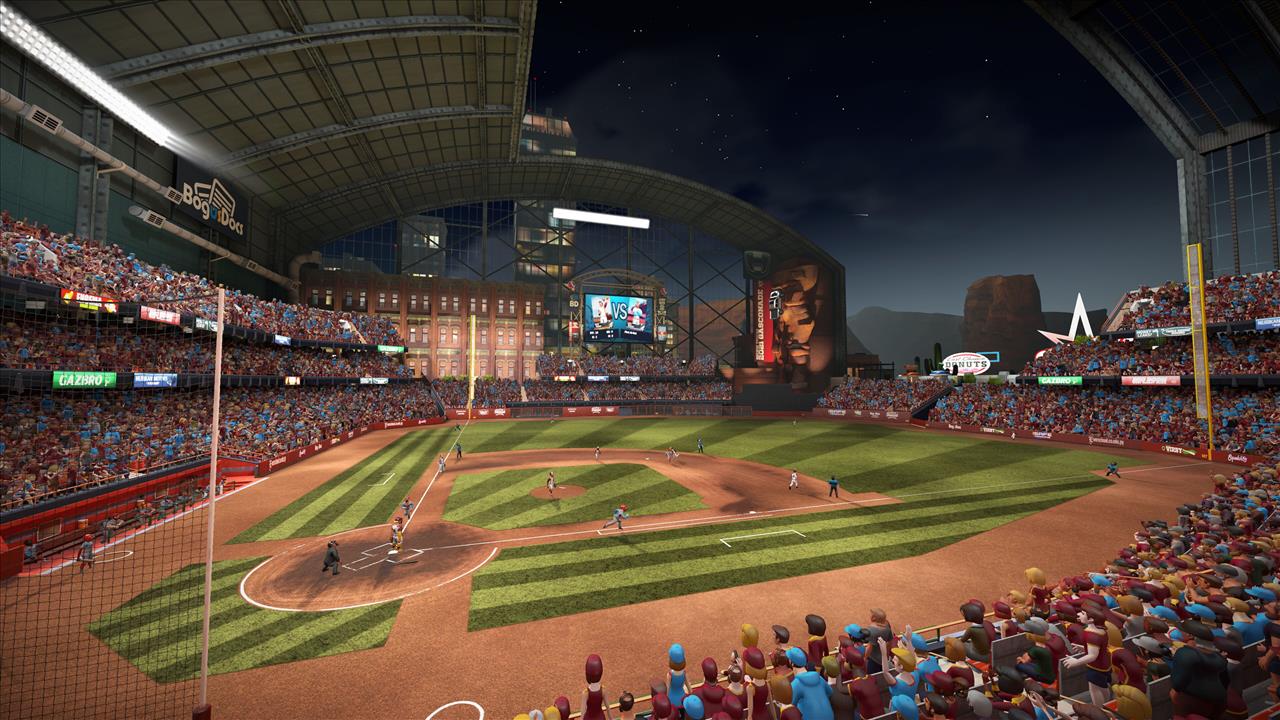 Speaking of signing players, free agents have steep salary demands to begin the season. As you progress through your schedule, their salary expectations fall—but it’s a gradual decline. If you’re expecting to make major moves at the onset, think again.

Lastly, and it’s far from a deal breaker, but no franchise mode is complete without an archive of prior season stats, records, and trophies. A record book or trophy room, so to speak, would satiate stat junkies’ (like myself) need for season-to-season comparables and benchmarks of success. You can’t truly build a dynasty if you can’t revel in your history.

But, the Metalhead team deserves a tip of the cap for implementing major changes and doing so successfully. If I had to guess, most (if not all) of these observations will be addressed in future installments of the SMB series.

If you enjoyed Super Mega Baseball 3's predecessors, you're in for a treat. SMB3's identity as a quirky but committed sports title remains intact. With promising post-release updates ahead, SMB3 will satisfy your baseball cravings for the indefinite future. The Metalhead team listened to its community and implemented their feedback. For that, they deserve extensive praise and thanks.