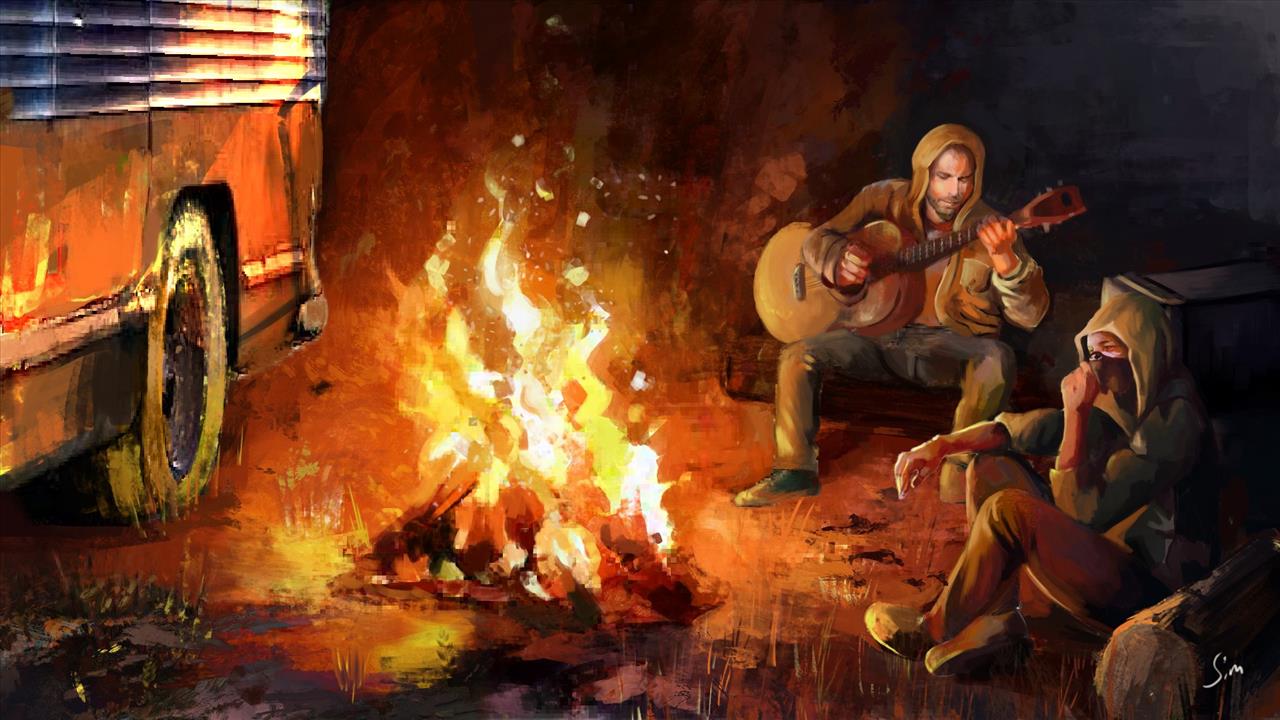 The city-builder genre is a bit of a conundrum—it’s both a somewhat niche genre and also a pillar of gaming history, with franchises like the evergreen SimCity, Tycoon and Civilization series holding strong for decades. This duality of nature, both niche and entrenched, has made it difficult for newcomers to break into the genre. I remember when the Cities series was the new kid on the block, but now it’s just as established and celebrated as its forebears. So what if you wanted to put a spin on the classic formula? What it you made a micromanagement sim in a post-nuclear dystopia? Well, you’d probably get Fallout Shelter, but if you scaled it up to a village or community scale, you’d get Endzone – A World Apart. At least, that’s what German developer Gentlymad Studios is hoping.

Endzone is set 150 years after terrorists intentionally melted down multiple nuclear reactors simultaneously, creating a worldwide Chernobyl nightmare scenario. Survivors retreated to underground bunkers as you do (Fallout, Metro 2033, etc.) and a century and a half later their descendants emerge to tame the savage wilderness. Much like in the Pripyat exclusion zone Mother Nature has gotten on pretty well, reclaiming territory with overgrowth and surprisingly abundant wildlife. That said, for the humans it’s still a hazardous and unforgiving world where they’ll basically have to start from square one.

What this means in terms of city building is a starting point pretty close to Civilization. You don’t start out in the Stone Age but pretty darn close. You choose a starting seed, generate the environment and you’re off, with only a handful of haggard settlers, a few specialty structures and some basic shacks for shelter. Your first order of business is to secure water, and the only way to do that at the beginning is to build jetties and assign settlers to haul water back in buckets. You can build cisterns and wells and rain collectors later, but in the beginning your water supply grows at the speed of two feet hauling a bucket. 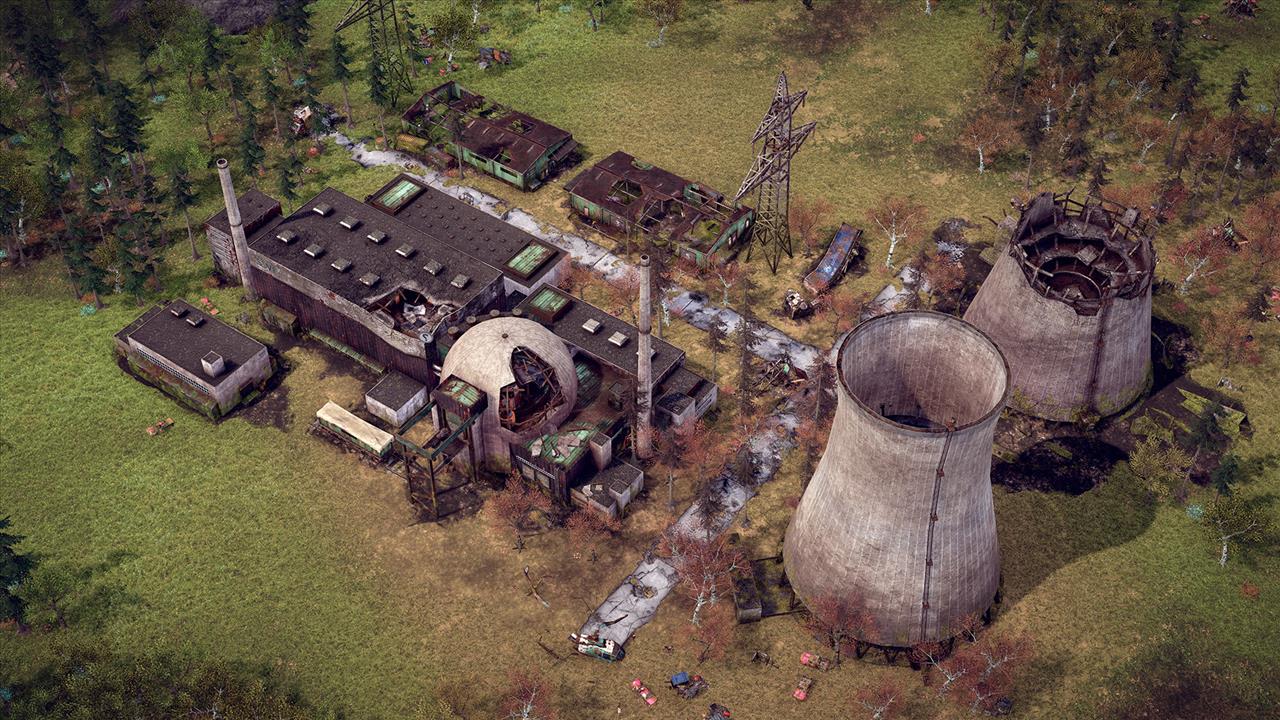 Through the tutorial and your first handful of seasons you’re basically at the level of hunter-gatherers. With a water pipeline established you need to build basic shelter for your community, or they’ll get sick sitting out in the elements. This means you need to clear more land, but the added wrinkle here is that it’s irradiated. Low levels of radiation don’t pose much of a threat, but if you want to tackle the hotter areas later in the game (or in harder starting seeds), you’ll have to craft rad suits to keep your settlers from glowing in the dark. However, that’s getting ahead of yourself in the beginning! It’s tough for a few seasons; you need to build specialist shacks for hunters and gatherers, and then some basic crops for subsistence agriculture. At the same time you’ll need to scavenge scrap to build more complicated structures, and then maybe you can set up a textile mill and set some tailors to work…sewing scarves. It’s slow going, and you’re not getting those fancy rad-proof duds any time soon, but it hammers home just how basic everything is when starting from scratch.

Luckily your ragged gang of survivors are pretty flexible little dudes, as they can be assigned and reassigned to different tasks as needed. This is a bit odd, as you can make a water carrier into a hunter and then a tailor in the span of a week, but considering the harshness of their world it makes sense that everyone is a jack-of-all-trades. Naturally if you keep your little people fed, warm and happy they’ll get busy making more little people, and apparently teach their kids the same virtues of vocational flexibility, as once a settler grows from an adolescent into an adult, they stop working on generic menial tasks and can be assigned to do anything. 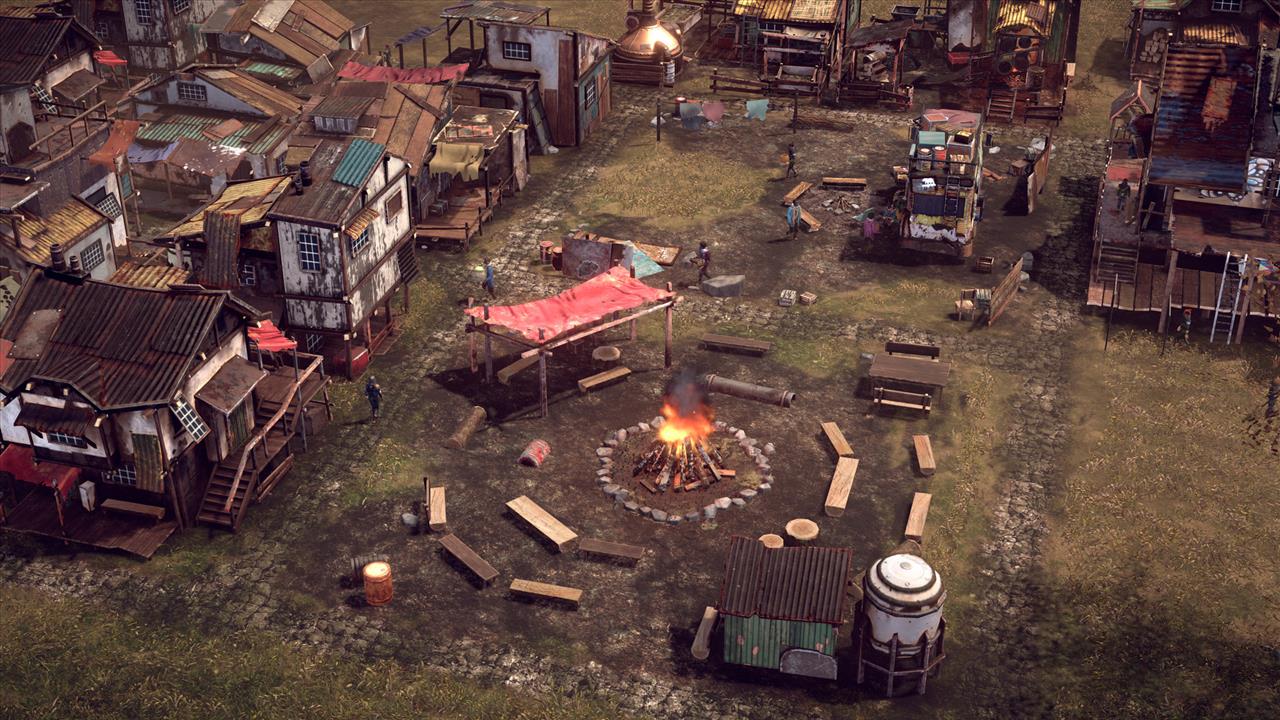 But food, water and shelter are not so simple in an irradiated world. The main selling point and defining factor of Endzone is a much more unpredictable and dangerous world. I’m glad that Gentlymad didn’t go the obvious route with zombies or motorcycle mutants or roving bands of Jeffrey Dean Morgans wielding barbed wire baseball bats. In the fine tradition of The Long Dark, in Endzone Mother Nature is perfectly capable of killing you D-E-A-D all on her own, and she’s pretty unhappy about all the isotopes lying around. This manifests in particularly nasty natural disasters: dust bowls, radioactive rain, poisoned soil and droughts will frustrate your survival efforts at every turn.

Droughts in particular seem to be a common occurrence for early access players of Endzone, and I found this to be the case as well. Unless you prepare for a specific eventuality of circumstances you usually get flattened by a drought followed by successive dry seasons. This is an issue because it limits the flexibility and unpredictability of the game’s hazards. If I’m struggling to scratch out a living at the end of the world, I don’t want a single winning strategy; I don’t want the game to force me to play it a specific way. If you can win simply by arranging your community in a tried-and-true pattern and digging a bunch of wells, it feels less like surviving and more like treading water (no pun intended). 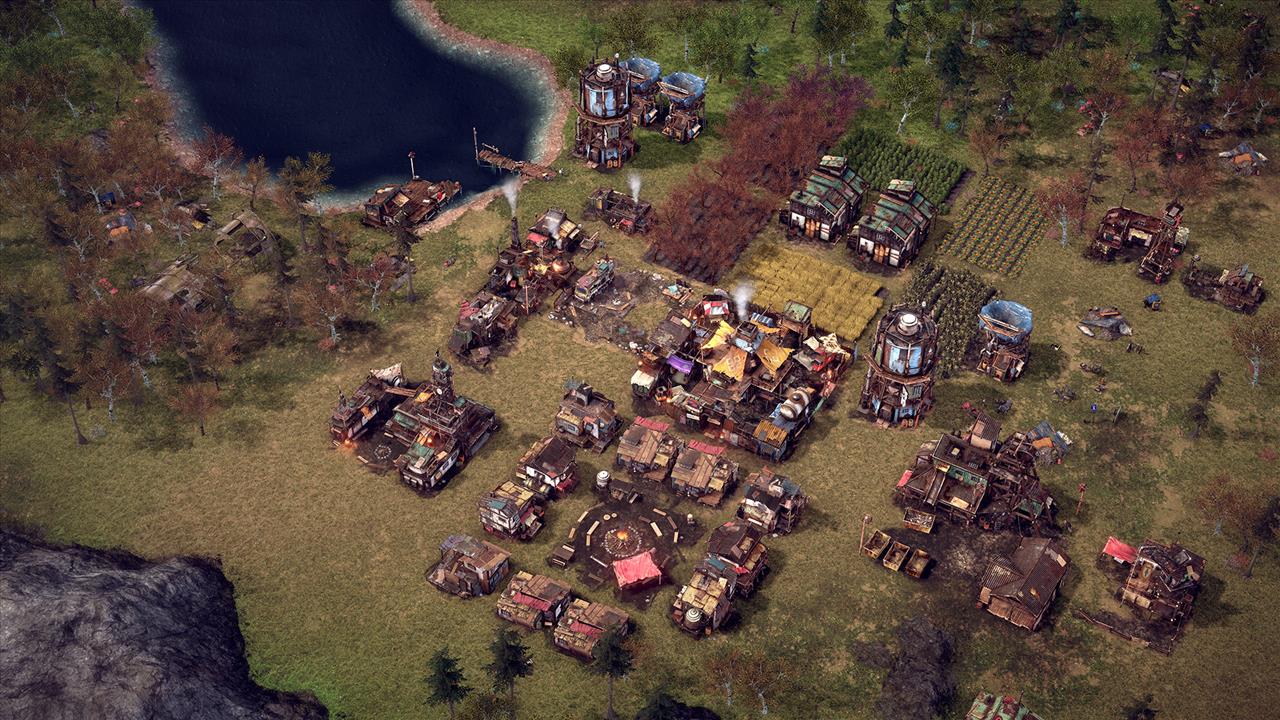 For now at least, in early access, Endzone need some balancing and diversification if it wants to go head to head with other city building upstarts like the popular Frostpunk. It has the right idea and the setting is deceptively inviting compared to more out-and-out bleak sims in the same genre. However, I’m craving a crueler, more unpredictable post-apocalypse that tests my ability to adapt to any colorful sequence of disasters. Here’s hoping Gentlymad can hone Endzone into a wily and forbidding survival sim for its full release, because what they have on offer in early access is very promising.