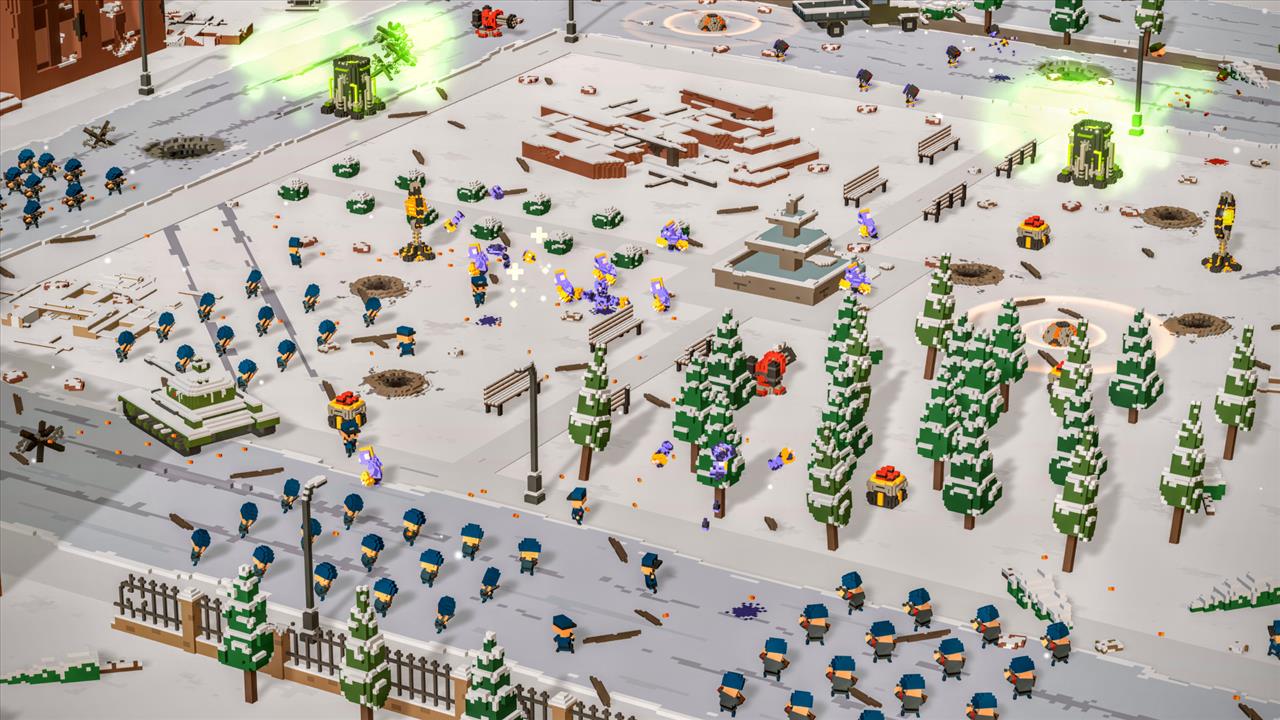 I can totally get down with some bad games. I played and beat notoriously broken open-world RPG Two Worlds – twice (for the record, I’ve only played Skyrim once). I played the SNES Jurassic Park game for endless hours, leaving my system turned on for weeks because of the game’s lack of a save system. I’m willing to overlook an awful lot of jank if I’m enjoying something. But "me enjoying a broken game" and "me recommending a broken game" are two different things. I understand that just because I dig something personally, it might be irresponsible to recommend it to others. And I simply cannot tell people that they should buy Make War – at least not on the Nintendo Switch.

The gameplay loop in Make War is so powerful that earlier this week I was immersed to the extent that I forgot to make dinner for my family. When I engage with this game early in the day, hours slip by until I blink my eyes in the darkness and realize that evening has fallen. The concepts at play here entertain me to no end, and I could spend endless afternoons huddled over my Switch with the door closed, happily replaying (and destroying) battles from throughout world history. And yet, I still cannot recommend Make War. 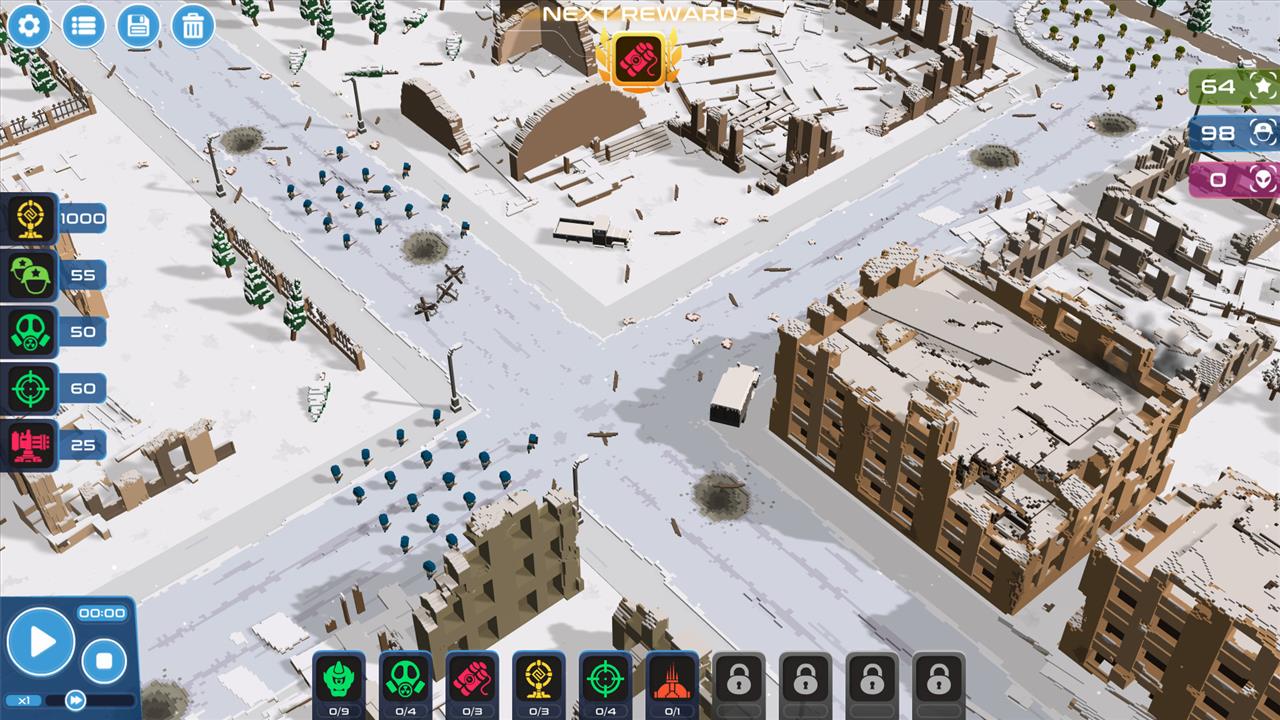 While I have enjoyed my time with Make War, that enjoyment is achieved by turning off all of my game-reviewing critical thinking processes. I ignore the wretchedly broken interface, the ultra-fiddly controls, the lack of an autosave system, the primitive AI. Make War is a game that borders on unplayable, but I can’t stop playing it. This makes writing a review particularly challenging.

Make War deposits players into historic battlefields with a birds-eye view. Hovering over the battlefield, players can clearly see both armies facing off across sizable theaters. But, instead of controlling one army or the other, the player controls an impartial third party, an alien force determined to toy around with battle outcomes by dropping futuristic technology into the midst of the conflict. 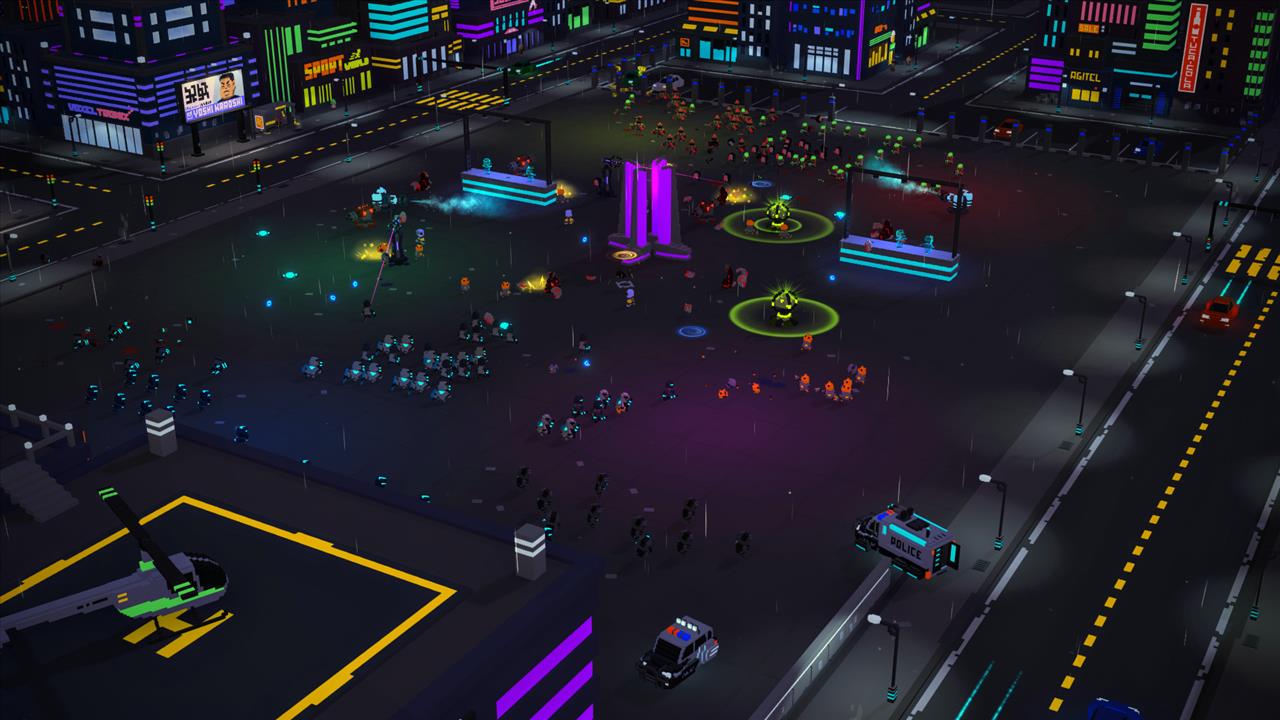 Armies are represented with cute little pixel-art soldiers, though the default camera is pulled out so far that they look like insignificant ants on the field below. Time is frozen at the start of each battle, with the armies right at the point of charging each other. The player can take as long as needed to tinker around, dropping all sorts of sci-fi alien tech onto the battlefield. Once you are satisfied with your set-up, you press a play button, and the battle roars to life – armies surging forward into whatever wild trap you have set up for them.

The player starts with simple land mines, but before long, you will unlock little warriors with lightsabers, ranged laser gunmen, teleporters, hypno-towers, and much more. Armies tend to rush directly towards your alien units, so much of the strategy comes from trying to predict how they will react to the traps you construct. 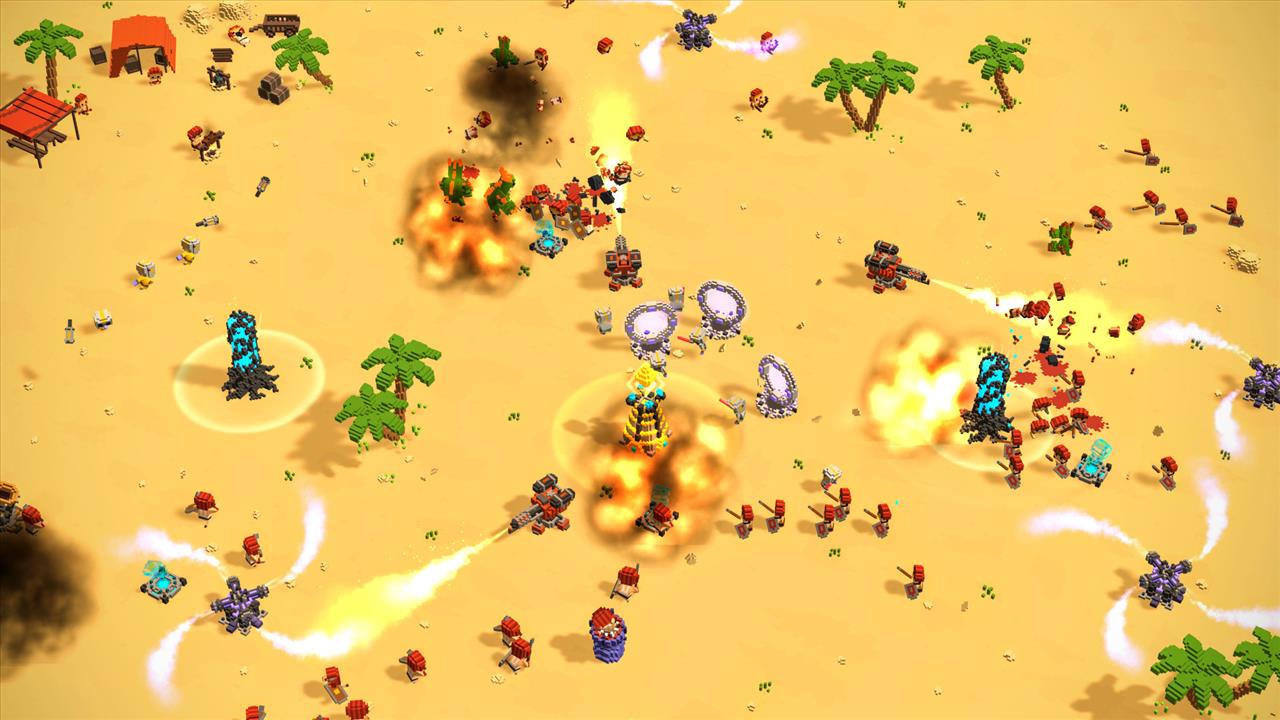 I spent hours trying to create teleporter-feedback-loops, with turrets carefully positioned to blast any poor saps that accidentally popped out of the wrong end before teleporting the poor fools that managed to escape back to the beginning of the loop. Hypno-towers combined with wild Tesla-electrocution rods is another surefire method to clear mountains of soldiers from the field; the hypno-towers stun fools into a stupor while they are shocked into oblivion. The Rube Goldberg-ian setups you can construct are only limited by the sadistic boundaries of your mind.

Each level offers the player several rather challenging goals, things like: “Allow the Red team to win by a margin of 50 units,” or “Kill 25 Blue guys with your ranged fighters.” Often, these goals must be achieved through trial and error. The player attempts one strategy, and if it goes horribly off the rails, rearranges their assets and tries again.

So far, it sounds pretty cool, right? Make War is a bit basic, but a good sort of basic that could keep you amused for an entire cross-country plane trip. Make War has the sort of hooks that remind me of the very best mobile games I’ve played, the ones that keep you coming back again and again with a simple but super-sticky game loop. 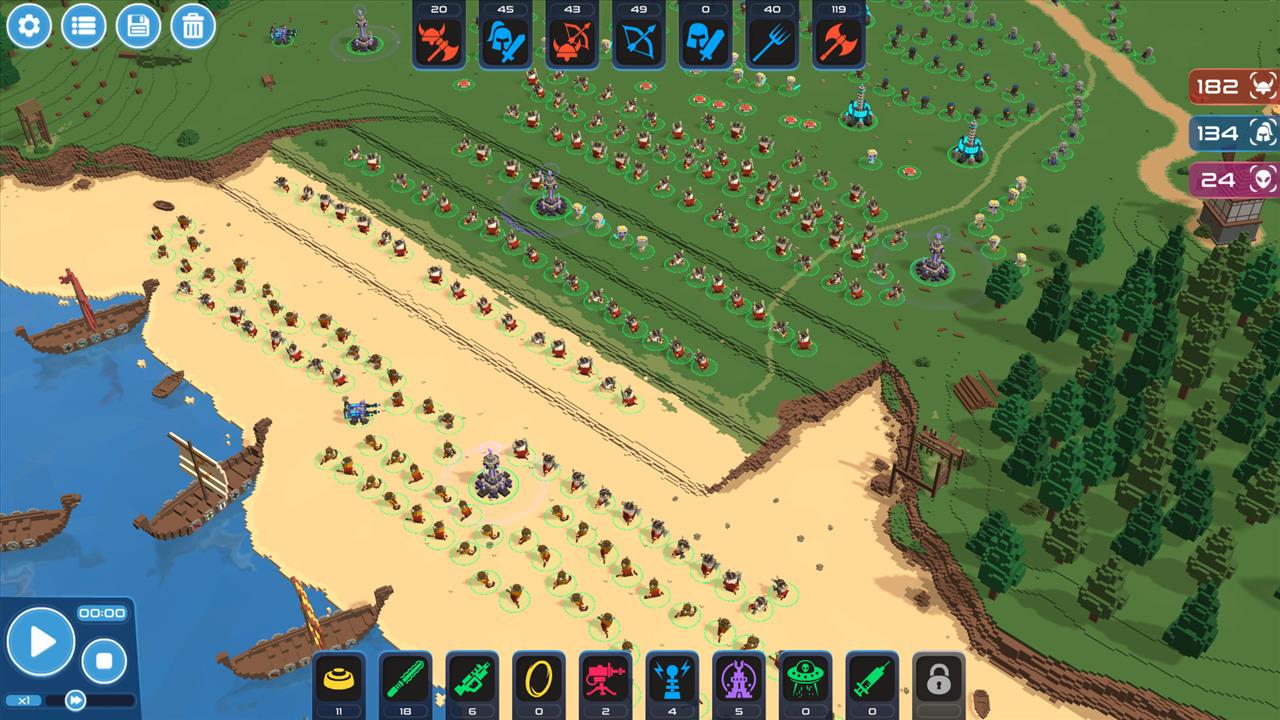 But there are some very serious issues with Make War that prevent me from wholeheartedly recommending its addictive gameplay, and most of those issues center around the complete lack of optimization for the Switch. Frankly, this is the most broken game I’ve played on Nintendo’s system (and that’s saying a lot).

I’m sure that playing Make War is a hoot on PC, where a mouse and keyboard would solve almost every problem I have with the game. But on Switch, interacting with the game can be terrible nightmare. Make War utilizes my least favorite console system – a simulated mouse cursor that is controlled by the left thumb-stick. The cursor moves ludicrously slowly over the battlefield, and clicking on anything takes at least five tries before the game figures out what you are trying to do. Rearranging your units after a failed run takes way too long and can be deeply frustrating in its fiddly-ness.

Pretty much every aspect of the UI in Make War feels broken. Instructions only flash on the screen one time, and you can’t go back and review them. I was stuck for most of my playthrough not knowing that I could alter the trajectory of my turrets. Though this did make for some wild challenges, making Make War far tougher than it needed to be – I had to construct every trap around the idea that my turrets could only fire one way.

The lack of an autosave system had me starting the entire game over again when my Switch performed a system update. In fact, I’m still not 100 percent sure how the save system works, or if there is any save system at all. Sorry, Civilization VI, but you can’t be played until Make War is done. I have to leave my Switch turned on with this one game, just like Jurassic Park on SNES.

Make War needed a complete overhaul before moving to consoles. Either full implementation of touchscreen controls was required, or a complete rethink of how the game controls was needed. What we are left with is a game that I personally am willing to suffer through, but one that I cannot recommend to anyone else. I love the purity of the game’s systems, but interacting with those systems is as frustrating as invading Russia in winter. Proceed according to your own ability to tolerate frustration.

Make War's bizarre alien interference on historic battlefields gameplay is fun on several levels, but the interface is broken beyond any level of acceptability. With a great concept and super-sticky gameplay, this game is likely incredibly addictive on PC. But due to poor implementation on Switch, you'll get frustrated and quit before you experience the game's many simple pleasures.