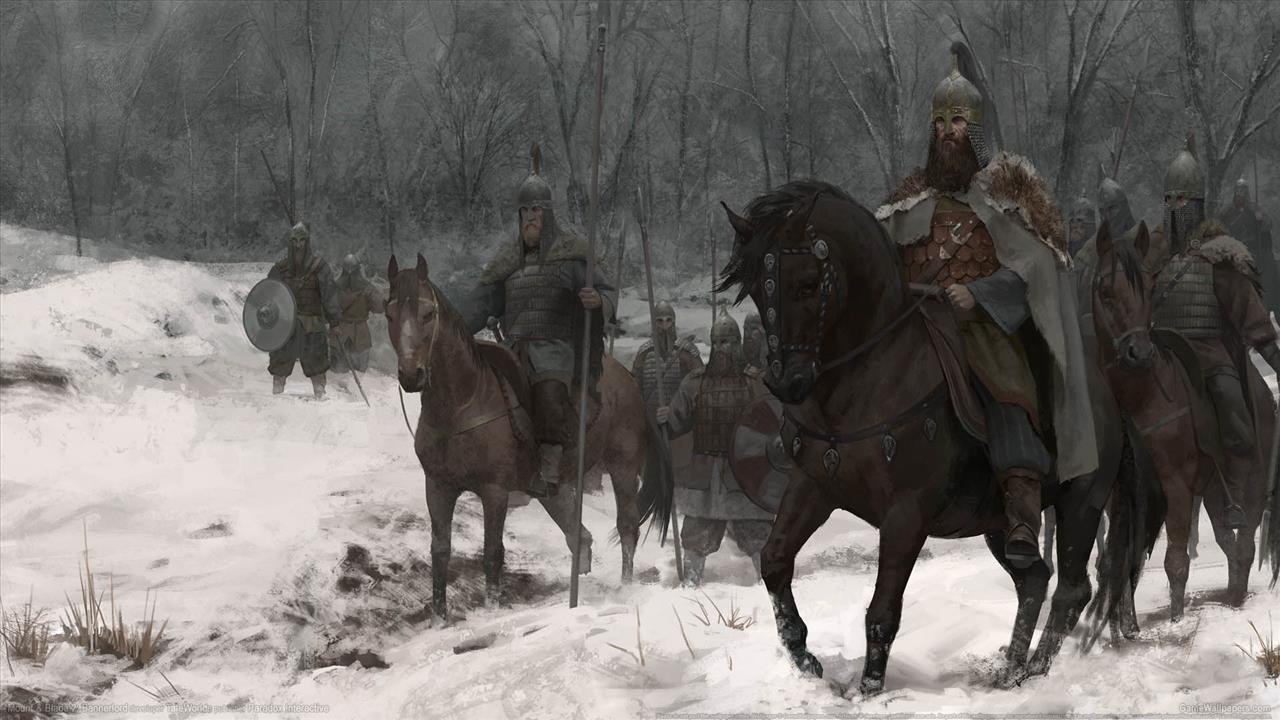 At some point, Mount & Blade II: Bannerlord gets its hooks into you. It might take two hours. It might take 10. It took me closer to 20. But I’d love to see your face when it happens to you. Because the moment you get it, the entire sandbox unlocks in ways you just couldn’t see before.

It’s not easy getting to that point. Mount & Blade II is in early access (yadda yadda) so I can only be just so frustrated that this game is starved for instructions. I mean, developers can’t make a tutorial, really, for early access builds that are changing weekly, if not daily. But because Bannerlord barely talks to you, I’ve resorted to hours’ worth of tutorials from YouTube and hours’ worth of streaming from Twitch, just to get the basics. I might have 20 in-game hours, but it’s closer to 25 counting up my entire investment in learning.

The actual tutorial consists of “Here’s how you swing a sword,” “Here’s how you shoot a bow,” and “Here’s how you ride a horse.” That’s it. What in the medieval world are you supposed to do with those awkward combat abilities? That’s apparently up to you to figure out. 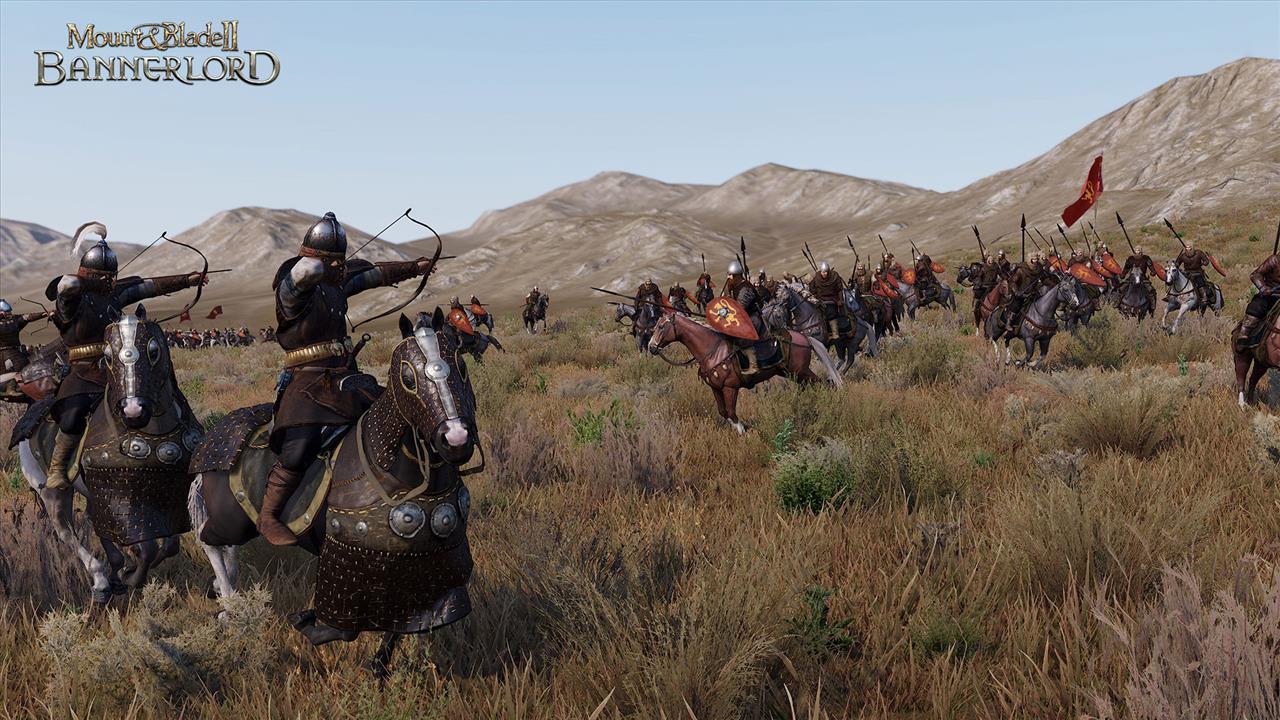 Mount & Blade II is an action role-playing game that’s very interested in your overworld strategies and your battlefield tactics. Yes, like its predecessor, it tries to do too many things. Top to bottom, its only sin is ambition. But there aren’t many (if any?) other games out there that let you run all the way from peasant to army general, or from gladiator to merchant king, with so much freedom of movement.

You’re here to build up a company of troops and begin making a name for yourself across the far-and-wide reaches of the map. While you can build your way up to 1,000-man armies engaging in castle sieges, you can just as easily (well, "easily") run solo from tournament to tournament in the arenas. Both are viable lifestyles in Mount & Blade II. 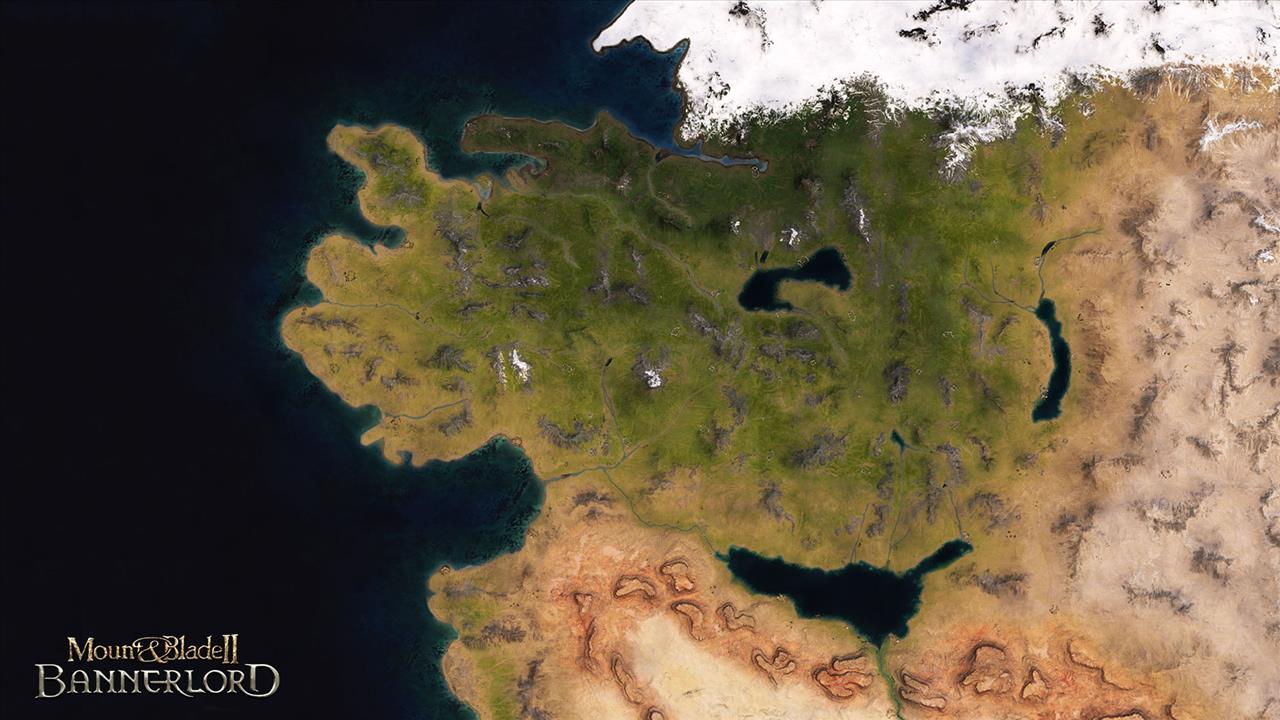 This is Calradia. It’s a fictitious land stripped of fantasy. There’s no magic to be had, and even the fanciest of weapons and armor look daringly realistic. You can engage in a variety of martial and economical pursuits: come up in the fighting pits, make a frightful name for yourself among bandits or citizens, trade your way to success, and build up your retinue every step of the way. Calradia has various people groups from east to west, north to south, with clans clashing and cultures being fleshed out in the make-up of their castle walls and city markets.

The map of Calradia basically looks like Turkey—where the developers of Mount & Blade II happen to be headquartered. The diaspora of peoples in Calradia are likewise what Turkey might feel like if you smooshed Europe, Africa, and Asia all into the Middle East. Calradia is at the crossroads of all these disparate cultures; basically what Turkey is in real life. 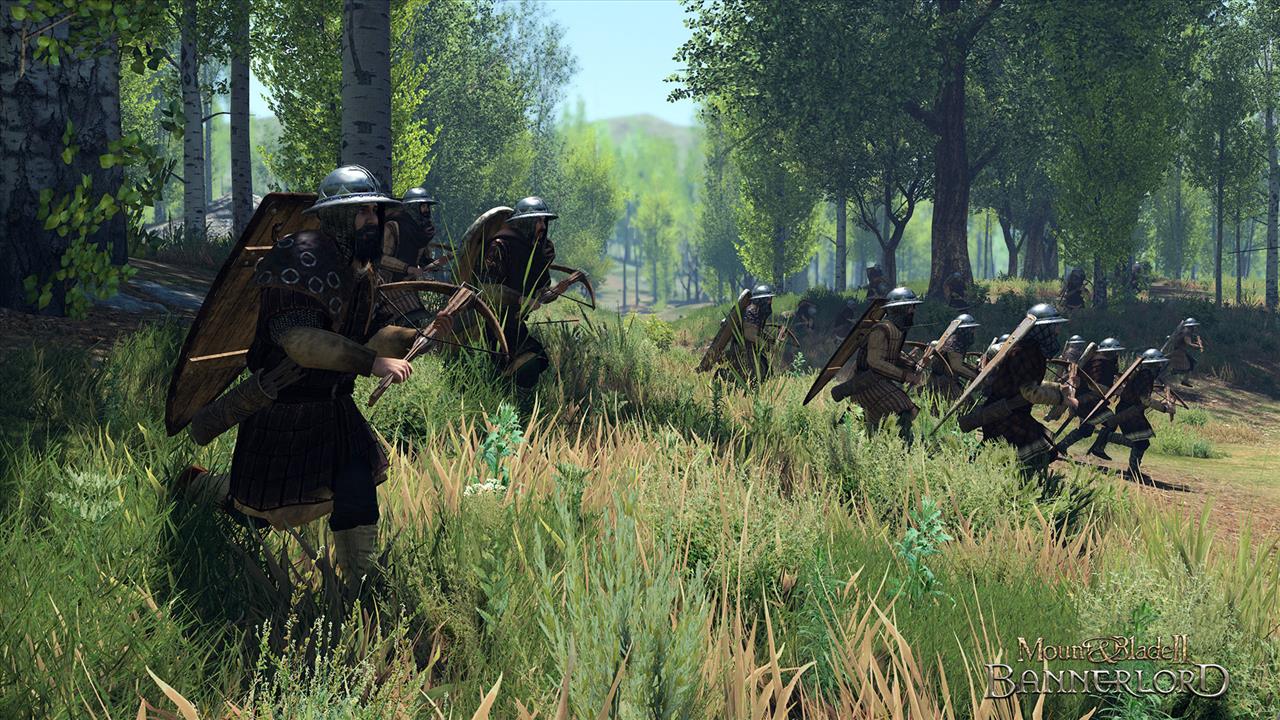 Again, when I’m talking about “culture,” Mount & Blade II is merely referring to arms and armor, clothing and architecture. Those are the only things that distinguish the Northern Empire from the Southern Empire, or Battania from Vlandia. You’ll see the same piles of meat and vegetables in the markets, and receive the same dead-eyed stares whether you’re traveling through Sturgia, Aserai, or the Khuzait Khanate. Everybody speaks the same way, and everybody’s concerned about the same things.

Moments in the battlefield can still be captivating. If you catch your quarry. Calculating travel speeds makes for some silly math story problems on the overhead map: If looters are running away from me at a 4.9 pace, and my squad pursues them at a 5.1 pace, how many days go by before I give up trying to catch them? 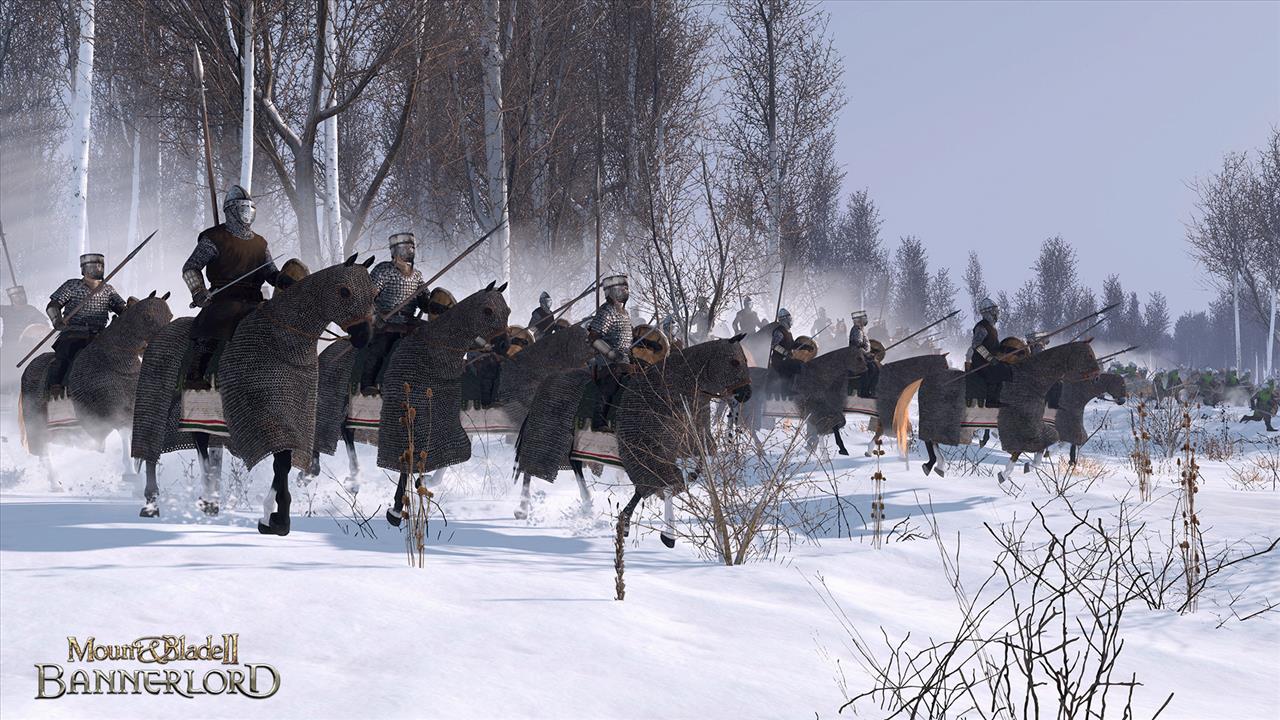 On the overhead map, cities and castles look like cardboard 3D puzzles, with your character riding around like a fully animated Monopoly game piece. Despite the miniaturization, it ties you to the land, and makes it feel like you’re traversing a massive landscape. Shepherding your warriors across Calradia is an inexplicable joy. Where you’re going you don’t need roads. You simply need a destination and a general direction that circumnavigates mountains, rivers, and lakes. At dawn, we ride.

You can immerse yourself a little deeper in the sandbox, but you don’t have to. Especially when it comes to walking through towns and castles in civilian mode; that’s when you’re dressed in more citizen-like clothing and carrying slightly less conspicuous weaponry. As a civilian, the sandbox lets you do a lot of things, but that’s mostly because it doesn’t care what you do. Walk right into a castle, kick the guards, sit on the throne—Mount & Blade II doesn’t care. Jump up and down on a market stall, slash a peasant, throw a haymaker at the blacksmith—again, Mount & Blade II doesn’t care. It’s kind of fun. 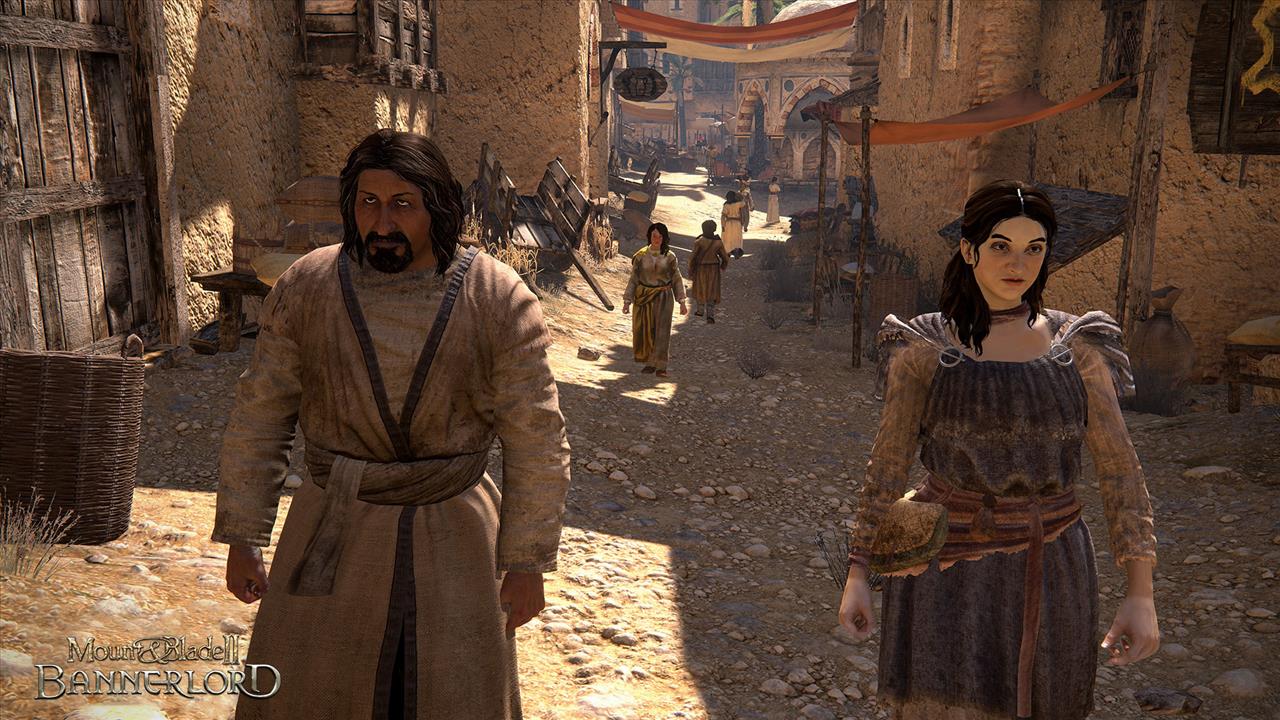 There’s a time and place for combat, then there’s a time and place for exploration. Even if they’re mostly made up of cookie cutter elements, it’s great that you can jog through any city, town, or castle you’re not entirely hostile towards. And when it’s time for you to be a boots-on-the-ground general, or perhaps an in-the-saddle general, everybody knows when it’s time to throw down the gauntlet.

Once it’s time to throw down, you’ll need some combat practice. Even for someone that’s gotten used to directional melee combat with games like For Honor, Chivalry, or Kingdom Come: Deliverance, Mount & Blade II still feels stiff and unresponsive. Mounted combat, too, at first, can be a lot of charging, missing, and circling back around. It’s okay in Mount & Blade II, in a sense, since you’re able to build up incredible forces to command on a battlefield. Can't couch a spear and lance an enemy to save your life? Your other troops are on the job, chief. Those other games (For Honor, Chivalry, et al) are far prettier and have much smoother animations, but in this game you get to tell your own story. 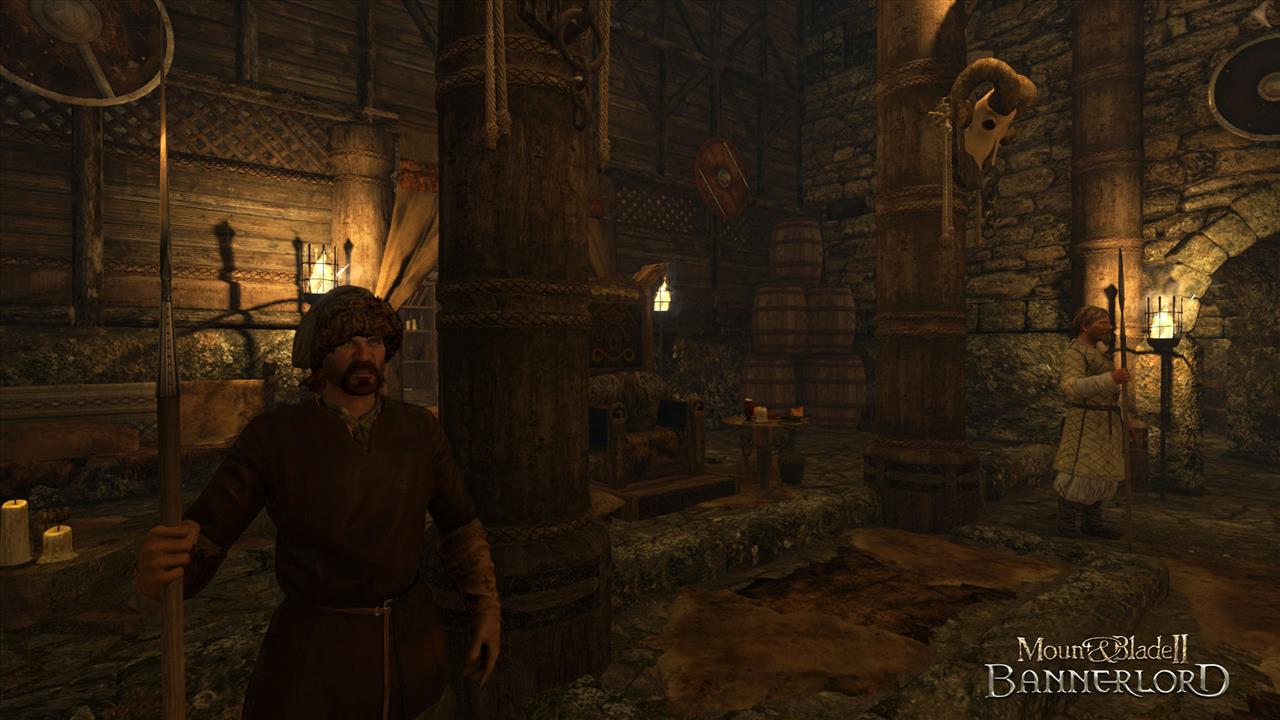 That might not sound like much, but it’s worth a lot. You aren’t just swinging a sword next to your comrades, you’re breaking bread with them. You aren’t just beating down enemies, you’re taking them prisoner, pressing them into service, or ransoming them off for a few coins in the taverns. You aren’t just killing everyone in the castle, you’re potentially taking it over, adding it to your fledgling kingdom, taxing the peasantry, and establishing trade routes. Those other games (For Honor, Chivalry, et al) don't even come close to letting you do all that.

You start by selecting one of nine cultural backgrounds. Vlandians carry on the knightly traditions of Western Europe, bred in battle. Sturgians are Norsemen, a cold and hardy race of snow-faring Vikings. The Empire represents the fall of Rome and the engineering feats that united entire continents. Aserai are canny traders with a knack for sniffing out lucrative dealings. Khuzaits are your Mongolian hordes, a nomadic band of horseman tribes. And Battanians, woodsmen, face-painted traditionalists, enforced with axes and two-handed swords. And it goes from there into abilities and skill trees that are easy to interpret initially, but stuck with a leveling up system that's obtuse and weird to figure out. 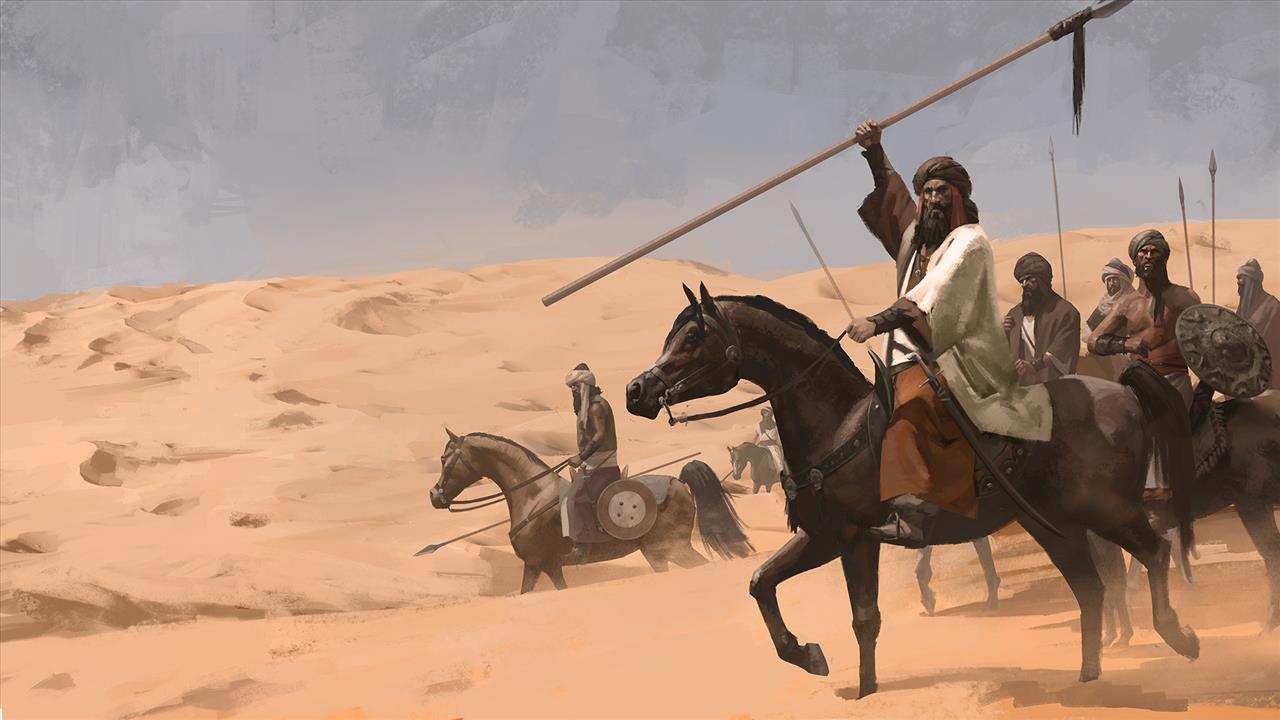