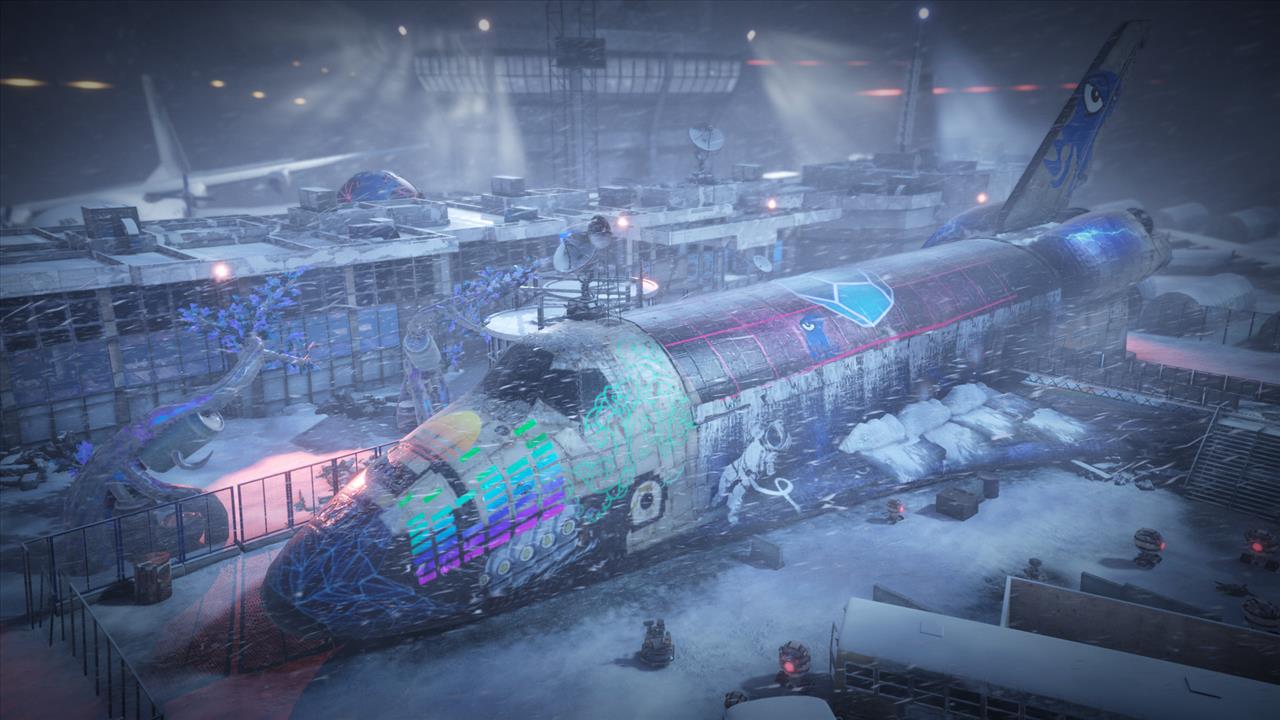 When it comes to post-apocalyptic strategy RPGs it doesn’t get more foundational than the Wasteland series. Originally released by Interplay on the Apple II in 1988, Wasteland pretty much established a genre and directly inspired the Fallout series. For a number of reasons it didn’t get a sequel until InXile picked up the gauntlet and pushed out Wasteland 2 in 2014, and now they’re releasing Wasteland 3 in March 2020. On a personal note, one of the original developers on the first Wasteland was Michael Stackpole, one of my favorite authors, so I knew I had to take a look at this series that I’d missed out on for so many years.

Wasteland 3 doesn’t waste any time dropping you into the action. Once you choose a pair of protagonists you drop right into a battle with the Dorseys, a gang of hedonistic outlaws ravaging their way across Colorado Springs. You play as two survivors of the Arizona Rangers—a faction of generally high moral standing—who get stranded in Colorado after their convoy is wiped out. Your only recourse is to work for the Patriarch, a local warlord whose three children have gone rogue and are slaughtering the innocent citizens their father has vowed to protect. The Patriarch promises you safe passage and assistance in regrouping with the rest of the Rangers, but only if you bring his meddlesome kids in alive. 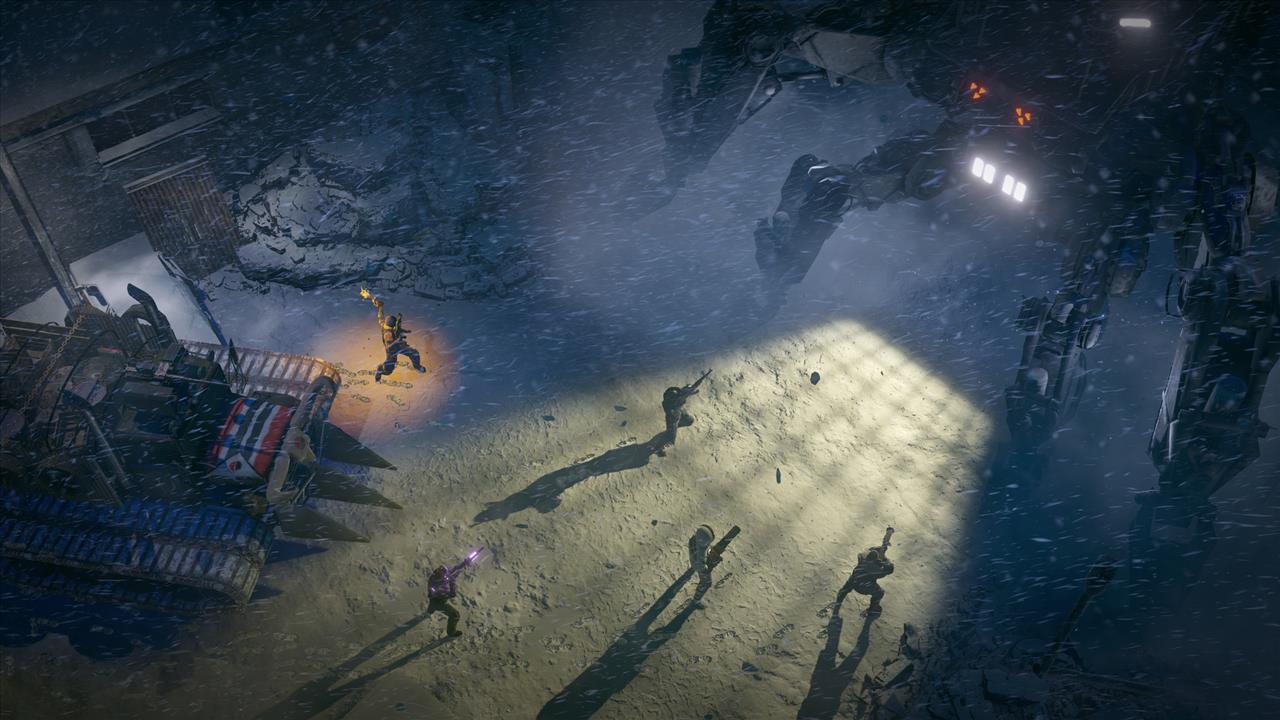 My first impression is that InXile certainly hasn’t skimped on the RPG aspect of this strategy RPG. Wasteland 3 is thick with the established lore and continuity of the series. If you’re new to Wasteland it’s all a bit intimidating. The game does a good job setting up who you are, why you’re stranded and what the stakes are, but there’s a metric ton of flavor text and, in particular, fully voiced character interaction. I particularly enjoyed talking to the crazy hobo you find locked in the jail of your ramshackle headquarters; he’s clearly been there far too long and has eaten one too many of the mushrooms growing out of the walls. In a lot of ways it reminded me of a Deus Ex game, with the same narrative double-edged sword. If you groove on the world and lore that Wasteland 3 is throwing down you will absolutely immerse yourself and the hours will just melt away, but if you aren’t invested then you’ll probably get a little impatient to get to the combat. 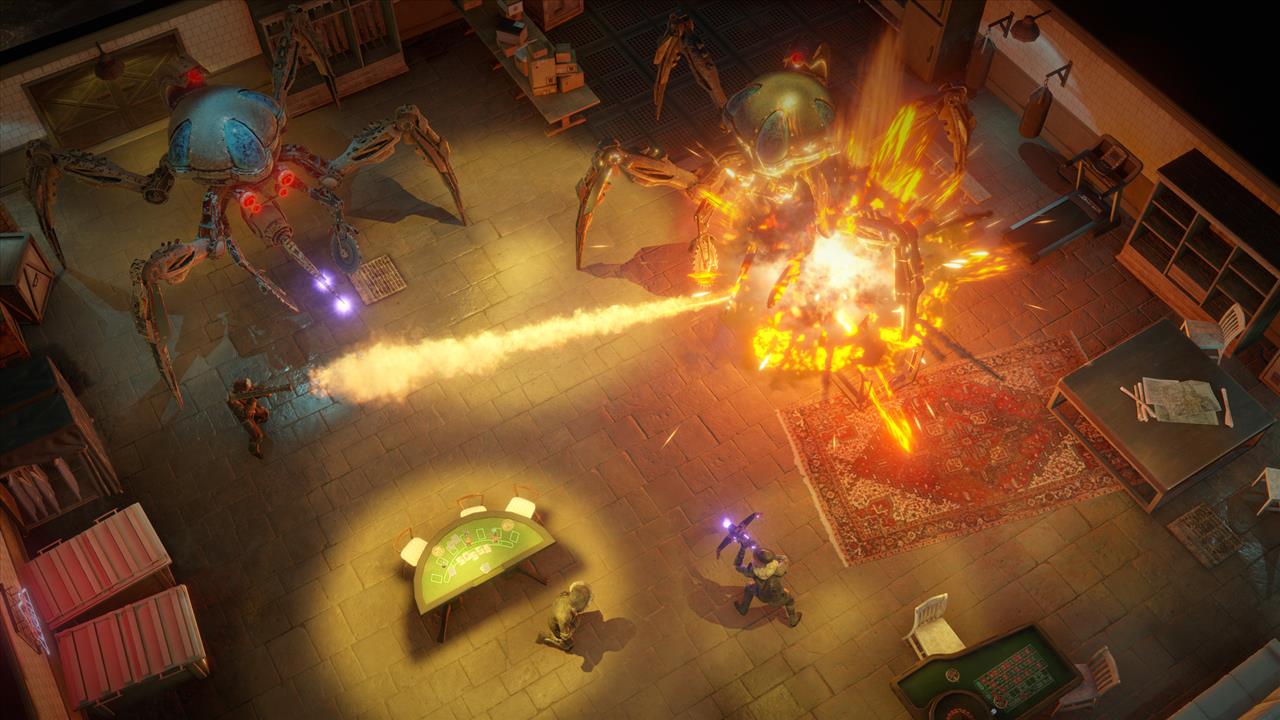 Luckily Wasteland 3 has a deep and dynamic combat system for you to explore. Your first task is assembling a well-balanced team. You’ll encounter plot-dependent party members throughout your travels that can be permanently or temporarily added, and with them it’s pretty much what you see on the box. Their weapons, skills and special abilities are more or less spelled out. That said, you can also recruit survivors from a personnel list back at HQ. The Colorado wasteland is always producing refugees and survivors, and for three hots and a cot a lot of these ragged fighters will join up with the Arizona Rangers. 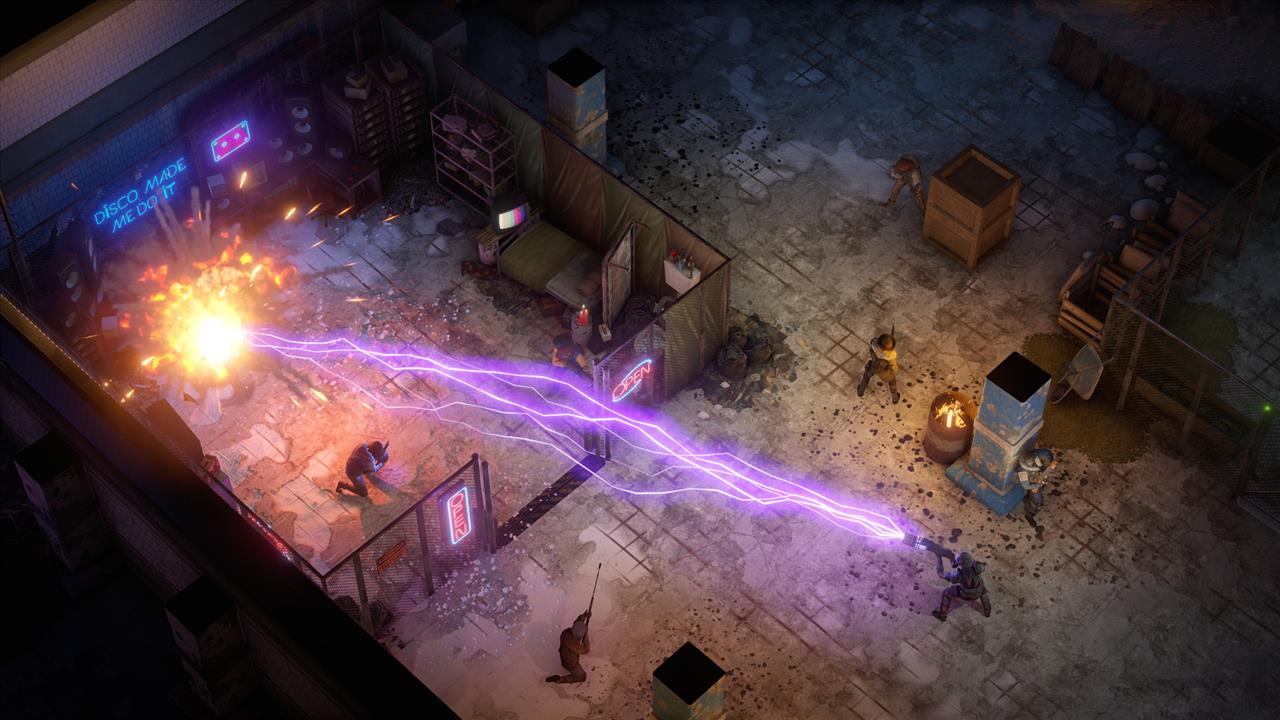 Refugee recruits are more of a mixed bag. They’re more likely to be specialists that hit hard in one specific area, but these perks also come with considerable drawbacks in another area. In my brief experience with the game’s first few hours, these soldiers are also more likely to go rogue in combat; they’ll just run off and do their own thing, which can swing a fight radically in either direction. This appeared to be dependent on their mental fortitude. Regardless, it’s very important to have a well-balanced party where everyone’s strengths and weaknesses complement each other. It’s definitely more nuanced and involved than a BioWare RPG, where party members are to an extent spoon-fed to you through the narrative. 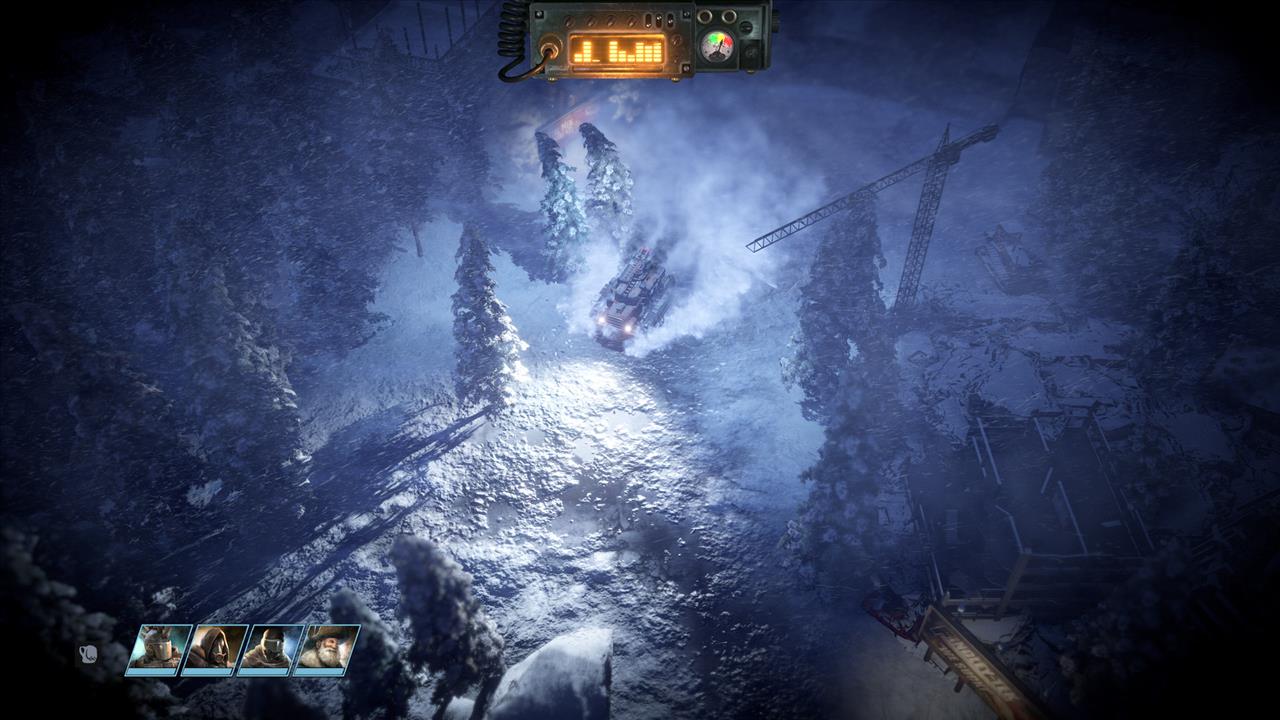 Combat itself is grid and turn-based, played from an isometric perspective. Every party member has a limited number of action points, or AP, which deplete any time they move, fire, reload, use an item or a special ability. AP is determined by level and certain skill perks, as far as I could tell, and managing it is crucial to walking away from a battle. Your first order of business is getting your squad into decent cover, or anyone left in the open will be Swiss cheese when the enemy turn begins. Cover is important, but so are firing lines; knowing the effective range and damage drop-off of each party member makes a huge difference. 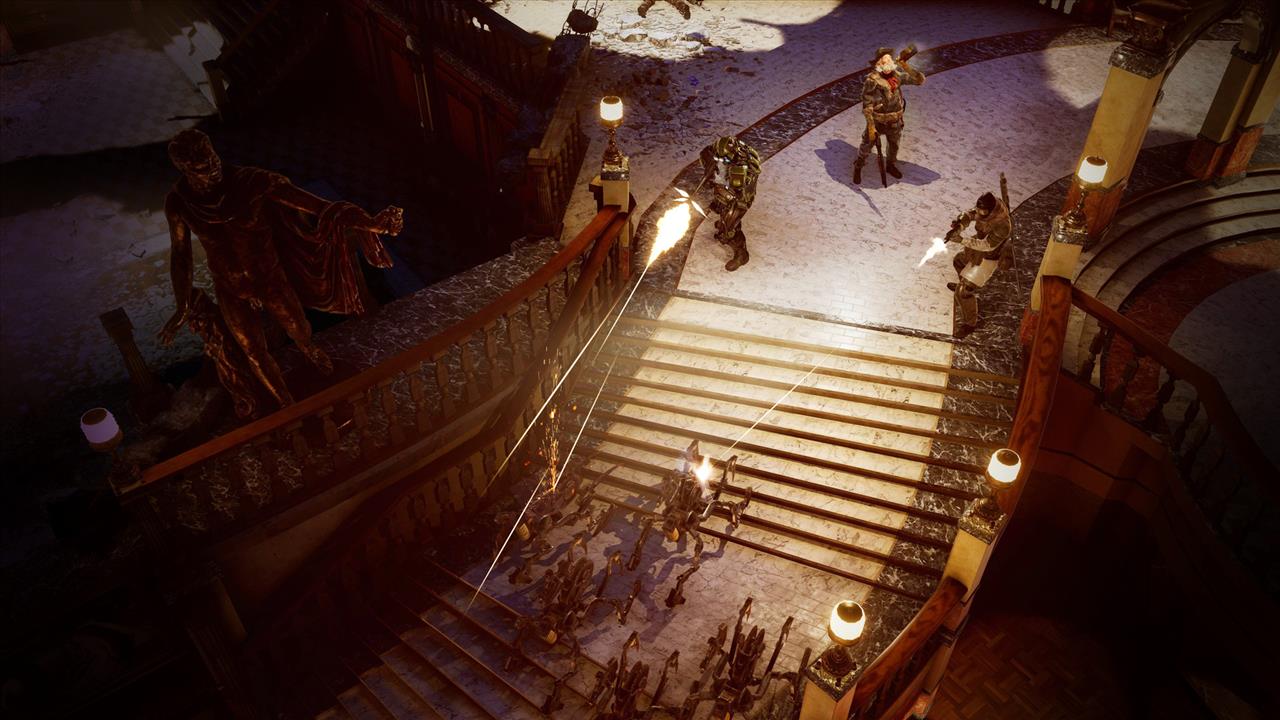 Naturally you’ll want to put snipers farther back in the best cover, and I found moving melee specialists to choke points was effective at keeping eager enemies from flanking. Gunners and pistol specialists typically work best down the middle of a battlefield. This basic setup is pretty capable for your average skirmish, but you need to think on your feet too. Wasteland 3 will drop reinforcements, bosses and spider mechs into a seemingly static engagement to really ruin your day. 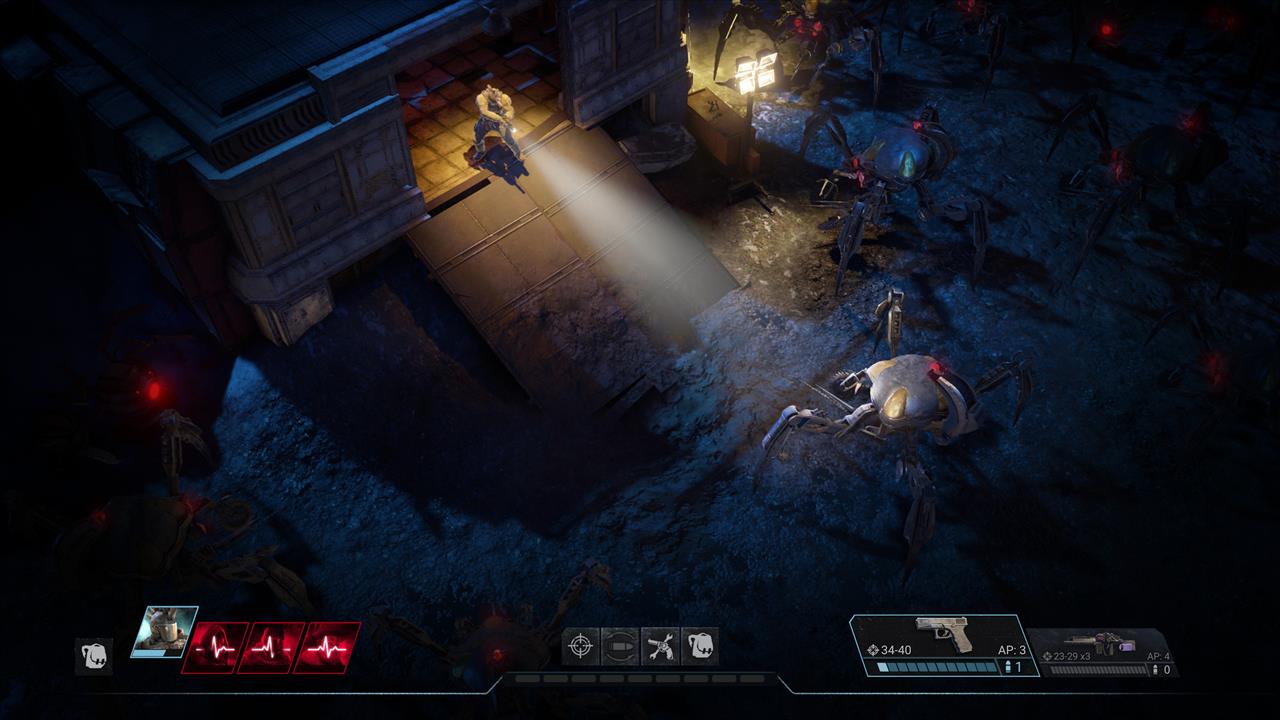 Wasteland 3 clearly has a lot of tactical and narrative depth to offer. As a grid-based strategy RPG with a deep, established canon it’s going to be an acquired tasted for some. I’ll be honest and say strategy RPGs are typically not my first choice for kick-back entertainment. But if even a Wasteland novice like myself can get engaged by this new game’s multi-tiered systems, then Wasteland fans are going to love it.