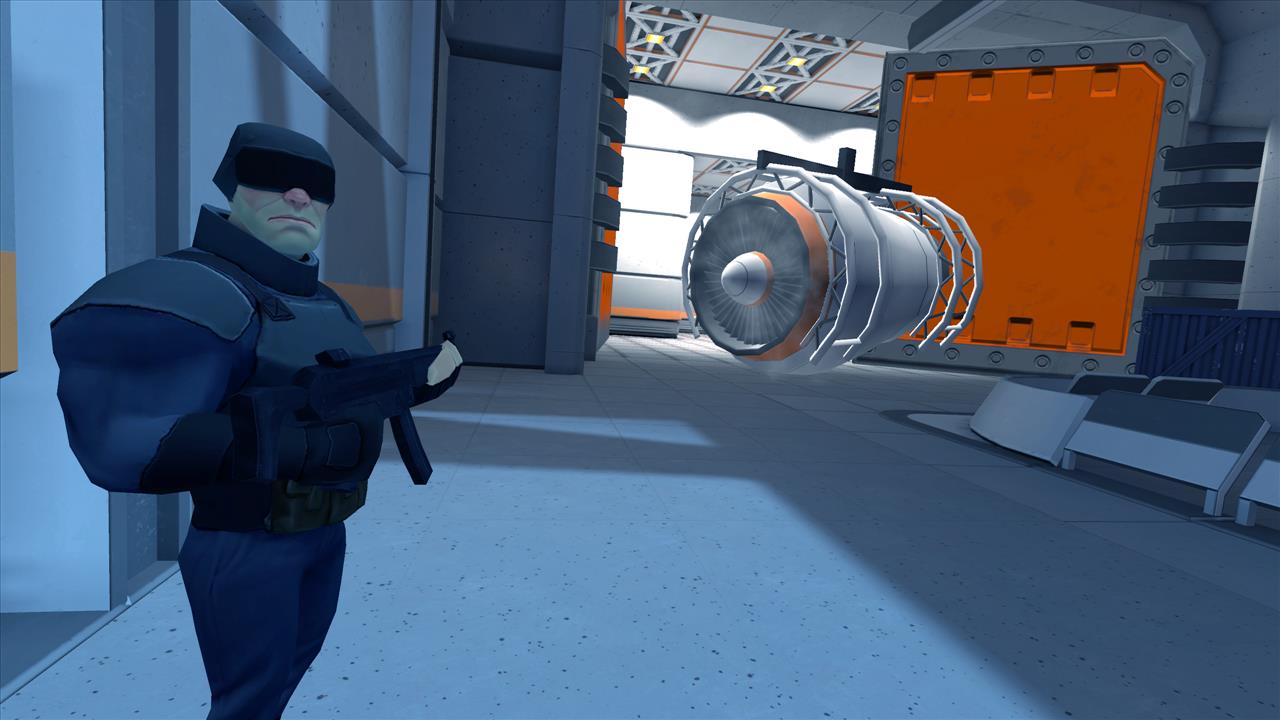 White Elk is on a roll with its recent PlayStation VR ports. Coming right on the heels of last month’s Eclipse: Edge of Light, Covert is a fantastic co-op game that requires a bit of commitment from all parties concerned to be successful. I play Borderlands and World War Z solo, and I can usually get by. But Covert is not the sort of game that you can fudge through with just one player. You absolutely need two people to make it through.

Why? Because at all times, each player will have access to only half of the information needed to make it through a level. Further, without each other’s help manipulating the environment and solving puzzles, each player will end up sitting stagnant, unable to progress at all. Covert is a cooperative game in every sense of the word “cooperative.” 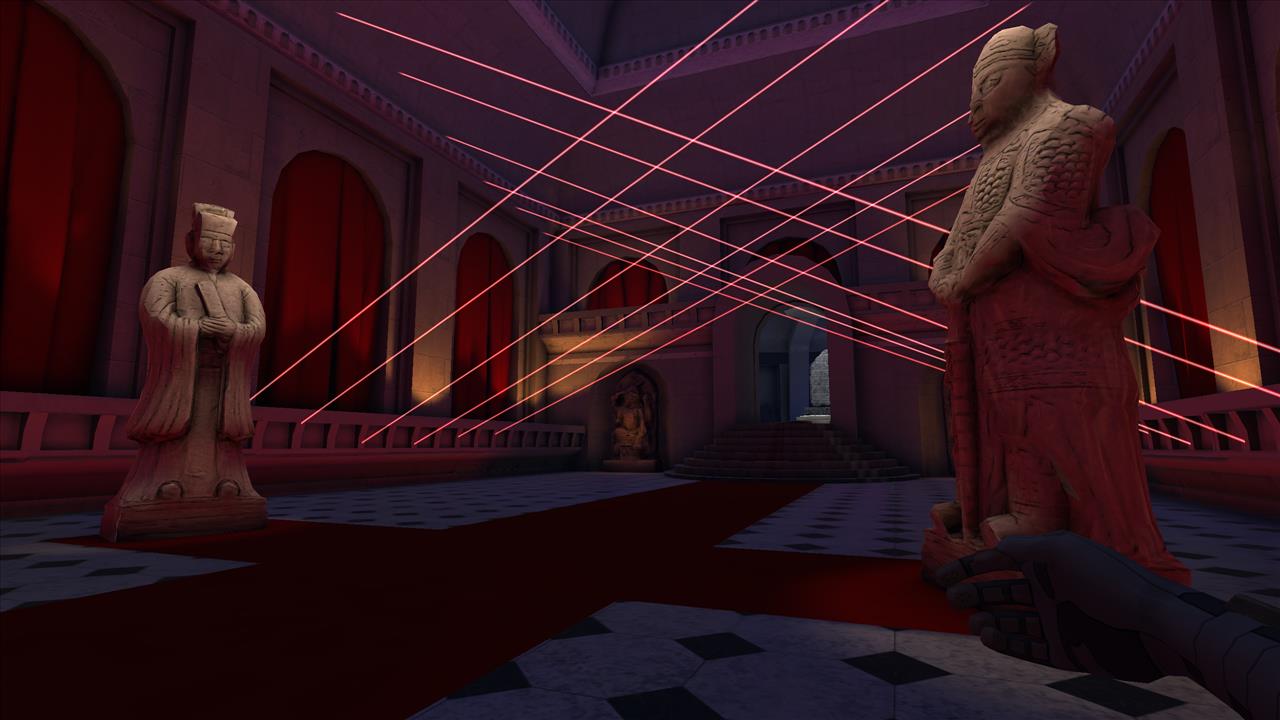 Covert takes place in a world of spies and thievery, with players joining a mysterious Thief’s Guild in order to pull of a series of daring heists. The game carries echoes of 1960’s spy movies, and everything from the soundtrack to the character design has vague notes of nostalgia.

One player takes on the role of the “thief,” strapping on the PS VR and physically infiltrating each of Covert’s sizable levels. The other player is the “hacker,” playing Covert through White Elk’s slick (and free) companion app on either iOS or Android devices. The PS VR player is going to want to leave the headphones behind for this one, as they will need to maintain constant communication with the hacker. 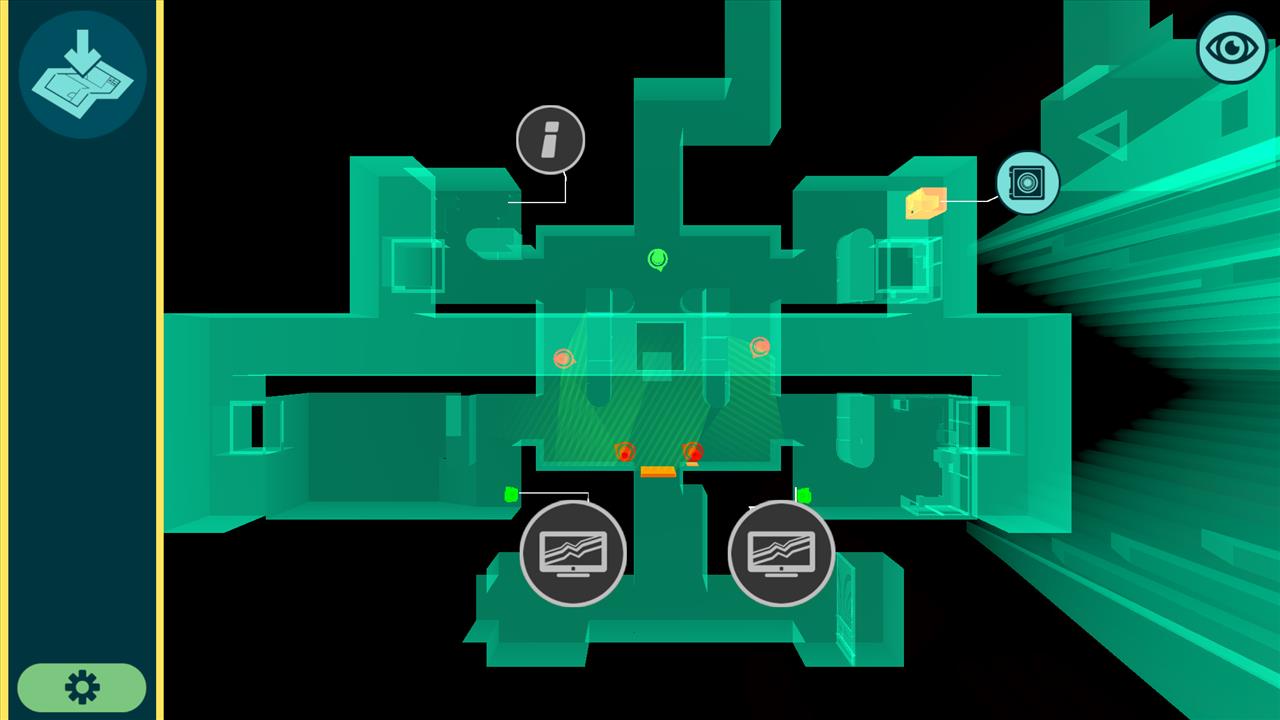 Room by room, the two parties work together to overcome obstacles, solve puzzles, and outwit the (admittedly pretty stupid) guards. The hacker has a bird’s eye view of the level, able to see guards’ range of vision and the glowing auras of spotlights. Hackers can open and close doors, trigger distractions, and manipulate objects in the level to ease the way for the thief.

The thief, on the other hand, is responsible for the physical stuff—running when the coast is clear, ducking into corners, rappelling to heights to avoid being seen. Sneaky thief stuff. 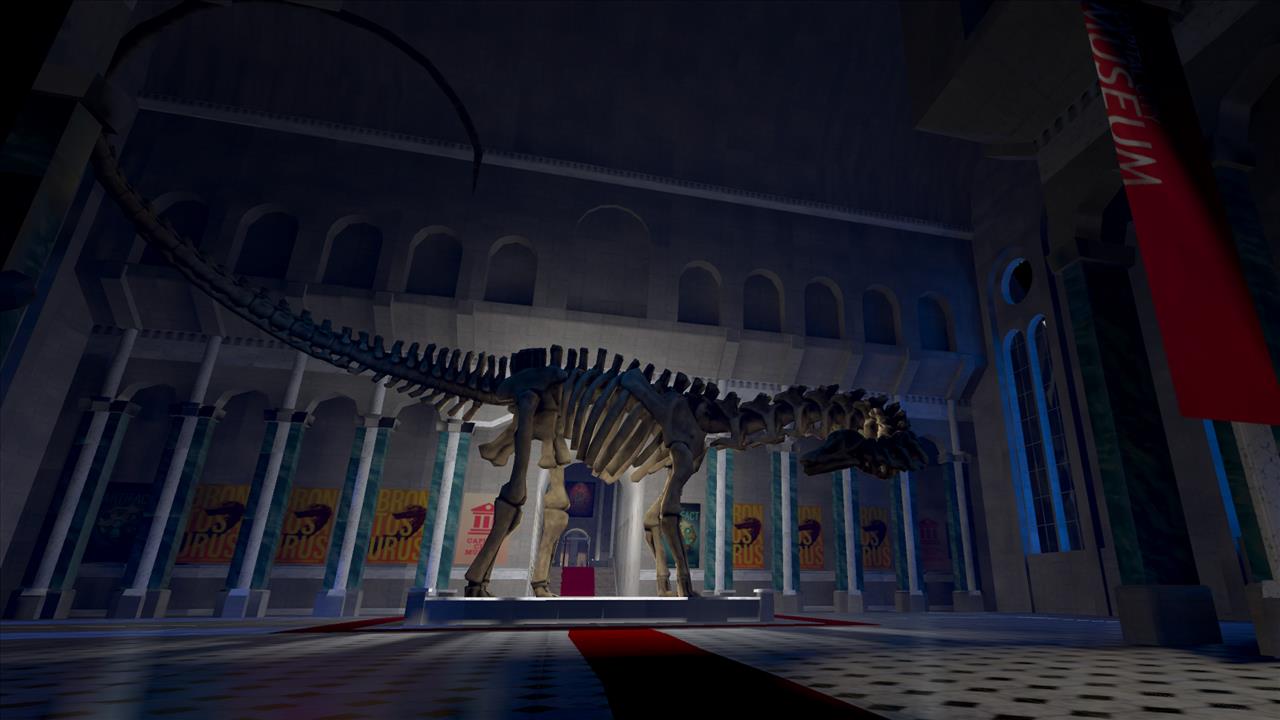 I played Covert with my wife, an avid non-gamer. This is the first time my wife has seen anything resembling a stealth game, so it was all new to her. The idea that we could create a distraction to pull a guard away from his post was an unheard-of concept. But even with a gaming rookie manning the hacker app, we were able to laugh and joke our way through Covert’s many smart obstacles.

Covert requires constant communication. Players must coordinate tapping buttons at the same time, feed each other pass codes, and discuss game plans for getting past timed laser traps. It was exceptionally fun to play this game with a non-gamer, though if you are in that situation, I would strongly recommend that the more experienced player take the VR headset and the newbie take the phone. It was easy to explain what was going on to her from my perspective, but I’m not sure that would have been the case had the roles been reversed.

As a VR game, Covert is competent, but not stellar. As it was originally developed for Oculus Go, Covert does not support the Move controllers. The DualShock does the trick, but it is a bit disconcerting to run through Covert’s hallways with a hand sticking out of your chest like a vestigial limb.

The graphics are serviceable, with a level of detail that resembles what you might see on a late PS2-era game—a bit fuzzy for what we see in a current PS VR. But standards are different in VR, and in this case what is delivered pretty much does the trick. 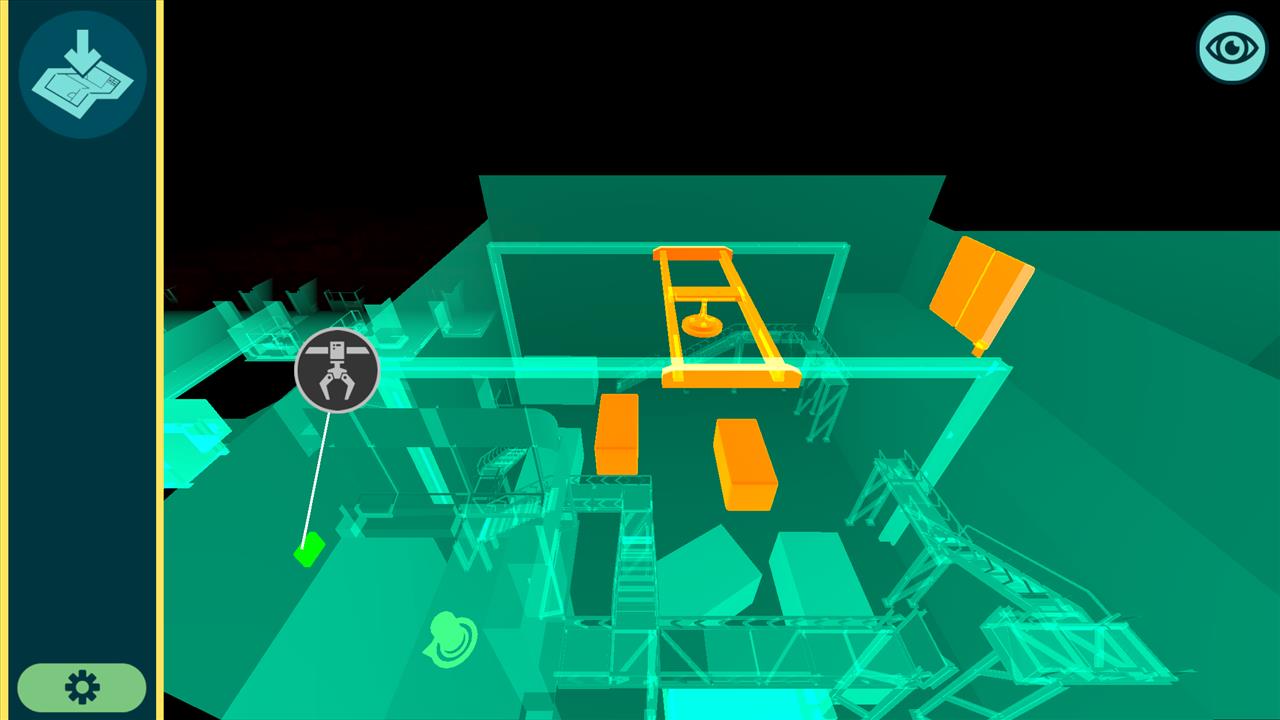 Covert is a family-oriented game, and everything is kept extremely PG-rated. Getting shot by guards results in a speckle of blood in the eyes of the VR player, a humorous musical taunt on the soundtrack, and a quick restart.

Covert never gets to difficult, and that keeps things light and fun. If it became too hard, that could possibly provoke the two players to start blaming each other, ruining the fun. But Covert keeps things moving along at a breezy pace, and my wife and I were able to overcome most obstacles with just a few moments of discussion.

The phone app is crisp and clean, and functions like a champ. This is an experience that could have easily been destroyed by a few poorly-timed bugs, but instead everything works just as it should. Linking the phone app to the game is just a matter of typing in a four-character code, and you’re off to the races.

There aren’t many games of this nature that are as fun as this one, and fewer still that will allow a non-gamer to get in on the fun and enjoy themselves. Covert seems specially constructed to allow new kids to jump in and have some success, which is something that is to be commended. Covert was a great way to kill a few weekend afternoons, playing video games and still spending time together. That’s a novelty in my house, and if it is in yours too, then I highly recommend grabbing Covert.

Highly recommended for folks that enjoy cooperative play, or as a way to introduce a friend to basic stealth gaming mechanics. Covert delivers a lot of gameplay for two players—one on PS VR and the other on the companion mobile app. The heists remain fun and engaging without ever becoming too difficult, ensuring that everyone has a good time. Can't ask for much more than that.