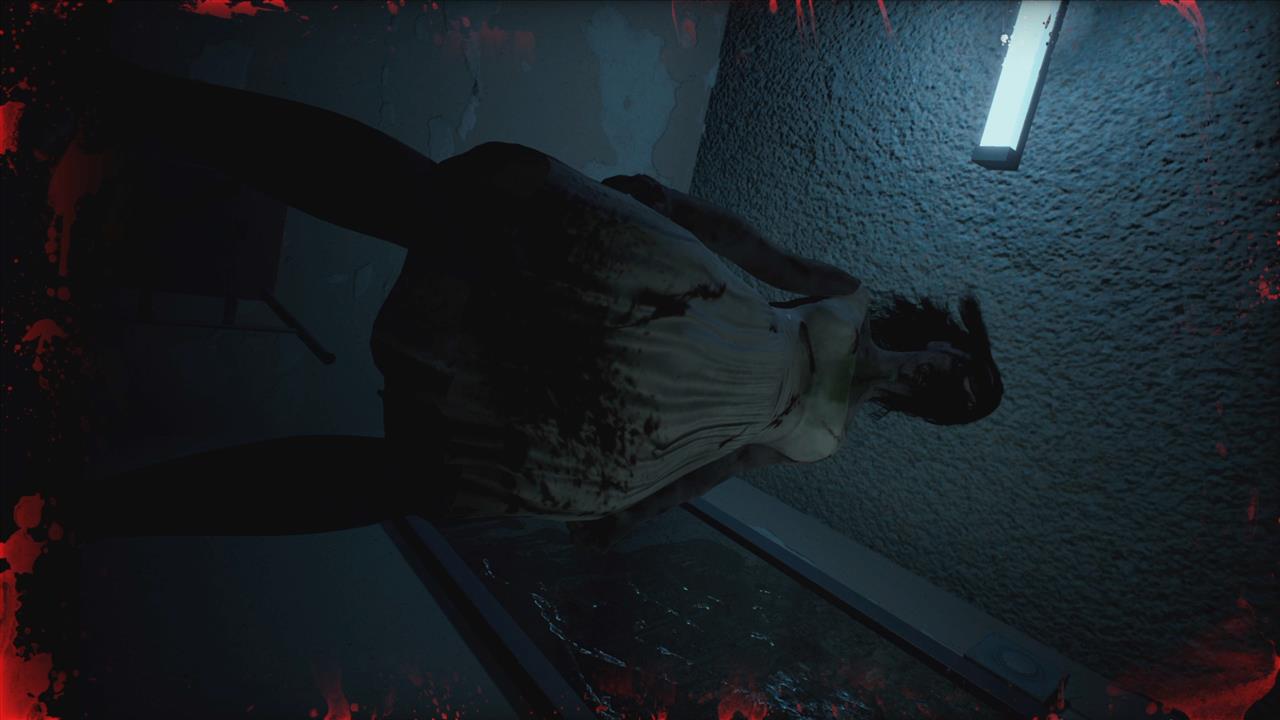 Written by Eric Hauter on 3/4/2020 for PS4
More On: Infliction Extended Cut

It is hard to put my finger on exactly why I like Infliction: Extended Cut. I’ve never played the vanilla version of Infliction, so I can’t say what about this new edition has changed. I can say that I’ve experienced every mechanic present in Infliction in other games. There is not a lot new going on here. Maybe that’s what I like about it. As a horror fan, I often return to favorite books and films even though I know what is going to happen. There is comfort in familiar darkness.

It could be that same familiarity that led me to enjoy Infliction as much as I did. This is a game that certainly wears its inspirations on its sleeve. Gone Home comes to mind most prominently, but references to other games and media pop up in Infliction – everything from Elijah Wood’s PSVR game Transference to a variety of Asian horror films to Clive Barker’s Hellraiser. The echoes are practically dripping off the walls in this one. 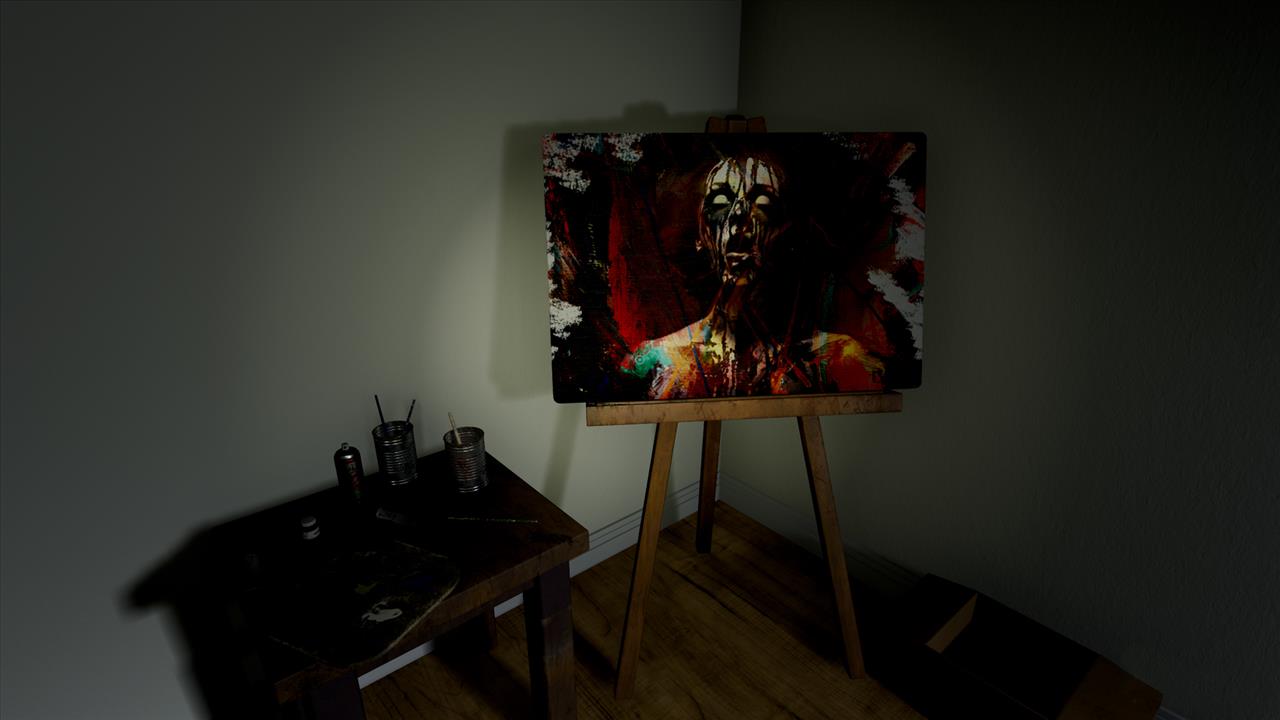 As Infliction begins, the player (who plays as “Gary” though I eventually just thought of him as “Dude”) is returning to his family home. His wife has called him and asked that he grab an airline ticket she’s left behind. Dude diligently pulls into the garage of the family home, and for the next 15 minutes or so the player can explore the nicely appointed house.

Wandering the rooms and hallways, the player can rifle though drawers and rummage around the kitchen cabinets. Infliction is set in the late ‘80s or early ‘90s, and the look and feel of the game is right in line with that period. Every object in the game is fully rendered, and the player can pick up anything – from boxes of cereal to cans of hairspray – and read the text on the packaging. It’s an impressive bit of work, and I spent way too much time picking up VHS tapes, reading the film descriptions and wishing they were real. 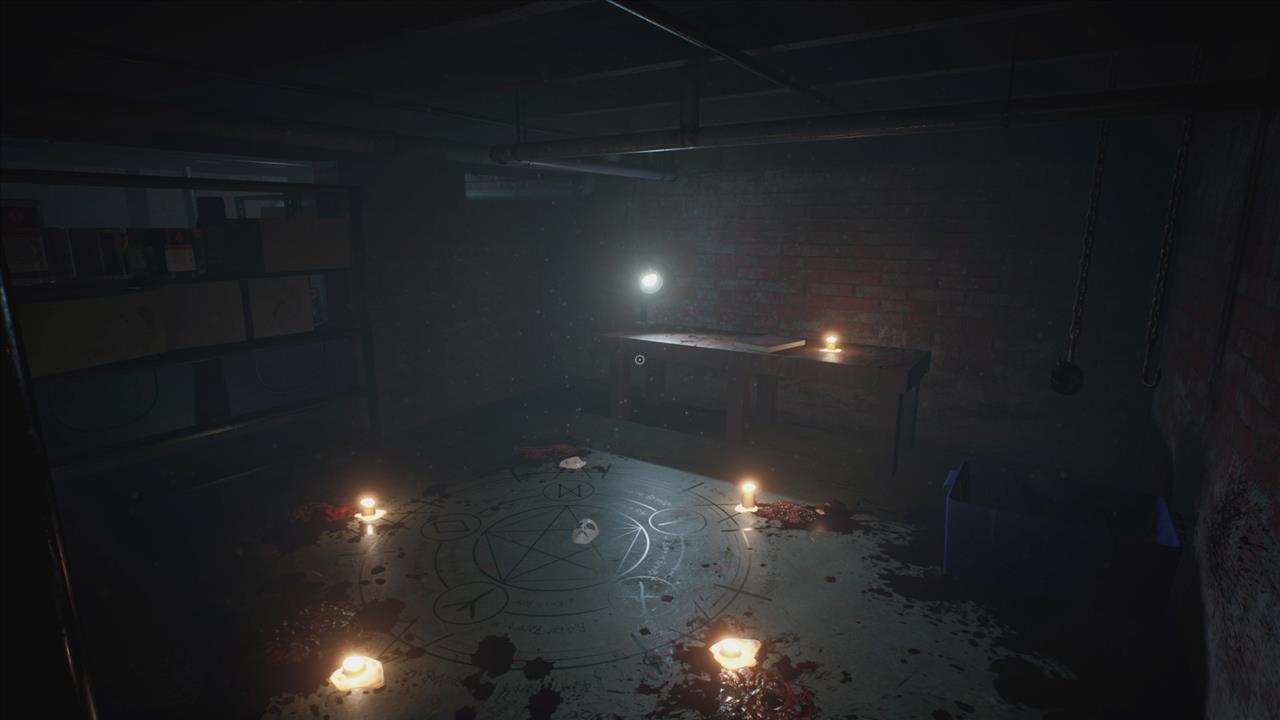 Then, of course, Infliction goes off the rails into crazy town. Dude, it seems, is trapped in his house with one or more spirits. Bad stuff has gone down there, and Dude must wander the halls of his former home reexamining the events of the past while being stalked by angry spirits that continuously seek him out and kill him repeatedly.

Before long, it becomes pretty apparent that Dude is probably already dead and is experiencing some sort of punishment for some bad mojo he caused in life. Infliction echoes past horror games like Layers of Fear, putting Dude through the wringer and forcing him to repeatedly explore his family home. Like that game, it is strongly implied that the protagonist spent a lot of time drinking Fosters in the basement. What is with these alcoholic horror game protagonists? 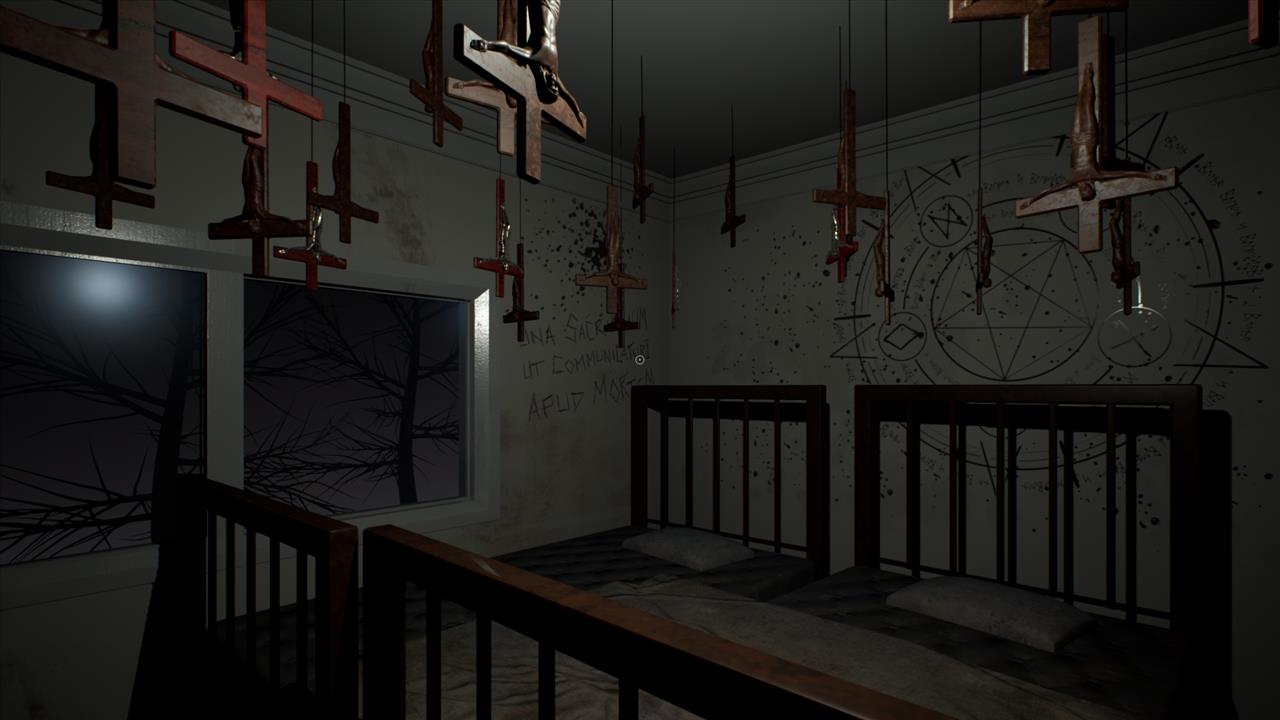 Dude gets killed a lot, usually after he makes a helpful discovery or progresses in some way. Each time you die and come back, the home has changed. Objects are in different places, new stuff shows up, events play out differently.

Most of Infliction is spent pursuing single-thread quests: find this object, go to this room. Along the way, the player can pick up collectible “memories” that help flesh out the plot. A great deal of the story is delivered through the discovery of these objects, as each time you locate one you are treated to a little audio clip that delivers exposition. Printed materials around the home help flesh out the details. Taken as a whole, the story experience is pretty solid.

Infliction really comes to life when Dude gets his hands on a Polaroid camera. The use of this device in the game’s haunted house is ingenious. As one might expect, taking pictures of certain objects can reveal clues that the naked eye cannot detect – sometimes pointing towards a way forward, sometimes revealing an unseen ghoul that is about to throat-stomp Dude into oblivion.

I found this mechanic endlessly entertaining, wandering about the place snapping photos here and there just to listen to the faithfully replicated Polaroid sound and watch my masterpieces develop. When they revealed clues or monsters, all the better. I must admit, I was a little saddened that Infliction didn’t include a photo album that would allow me to go back and look at my pics. Dude just drops them on the floor and walks on. 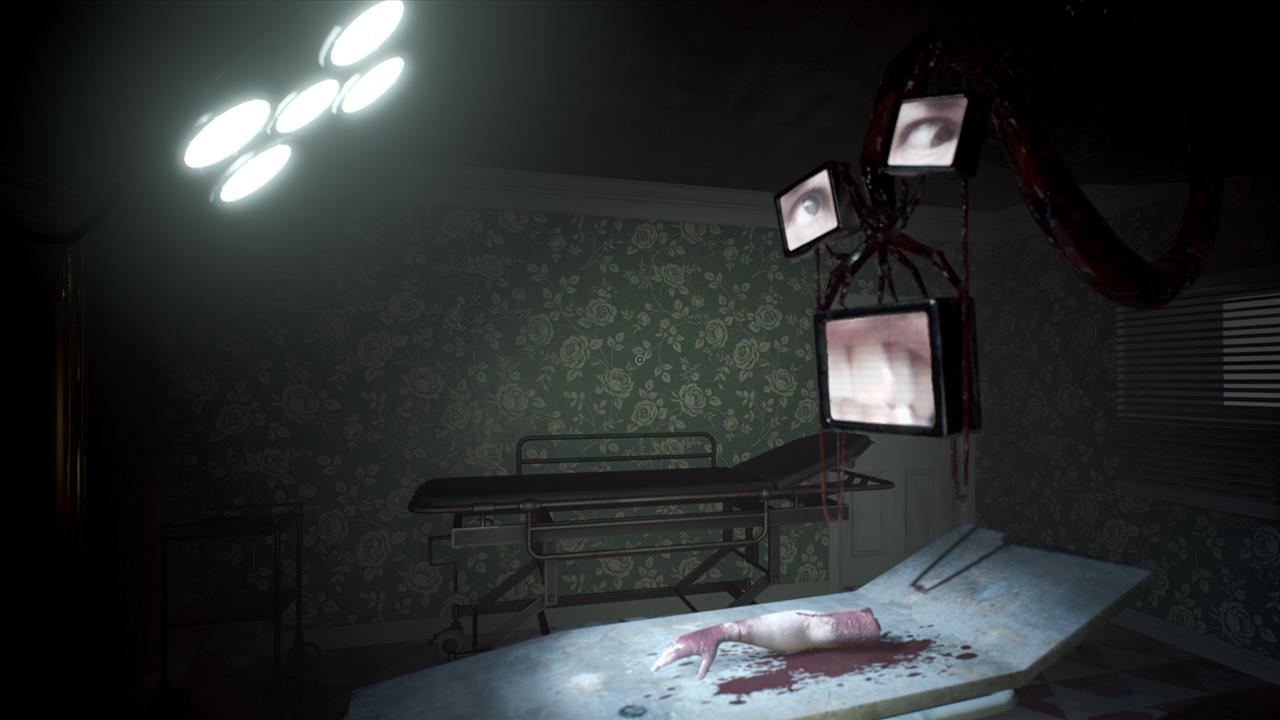 I was much less enthused with the general lighting (or lack thereof) that I encountered while guiding Dude through the haunted hallways. The player is equipped with a flashlight almost immediately, and that pretty much is the only lighting Dude has for the rest of the game. Unfortunately, the beam of light delivered by the flashlight is wildly inconsistent – sometimes lighting up a room quite nicely, and at other times leaving the player staggering around in near darkness. I couldn’t find any rhyme or reason to these shifts in lighting, other than perhaps being an attempt at pushing the player off balance. I found it far more irritating than scary.

A mechanic is eventually introduced that allows players to turn on lights in the house to scare away the ghosts, but the game actively encourages players to leave the lights off when spirits are not lurking, lest they attack the bulbs when they arrive. After celebrating the idea that I could actually turn some damn lights on, I reluctantly turned them back off and went back to darkness.

It would seem that Infliction was created by a single developer and, quibbles aside, it is a stunning achievement. The sound design in particular deserves to be called out, as the house takes on a rather talkative life of its own. Whispers and chatter swirl around you as you make your way through Infliction’s darkened bedrooms. Crashes and shrieks blast you during the game’s few jump scares. It’s very effective, and I enjoyed it immensely.

Also noteworthy is an Easter egg of sorts that plays out in the televisions in Dude’s house. It is well worth your time to turn on TVs periodically throughout Infliction to watch the mental deterioration of a very faux Italian chef. The bits are brief and weird and funny.

Infliction feels very familiar, and I do believe that the familiarity is what I enjoyed most about it. There is nothing here that players haven’t seen before in other games, but nothing is wrong with a solid example of a genre game that has been well implemented. Rather than feeling tired, Infliction feels like visiting an old friend. An old, dead, angry friend.

Infliction feels like a mash-up of elements from other, better-known games. However, a strong game loop and stellar sound design elevate Inflicted beyond being a tired retread. While the lighting is questionable at times, in general the visuals reveal an eye for detail. A fun photo mechanic also sets the game apart from its contemporaries. Infliction is well worth a look for horror fans, and those nostalgic for the early '90s.