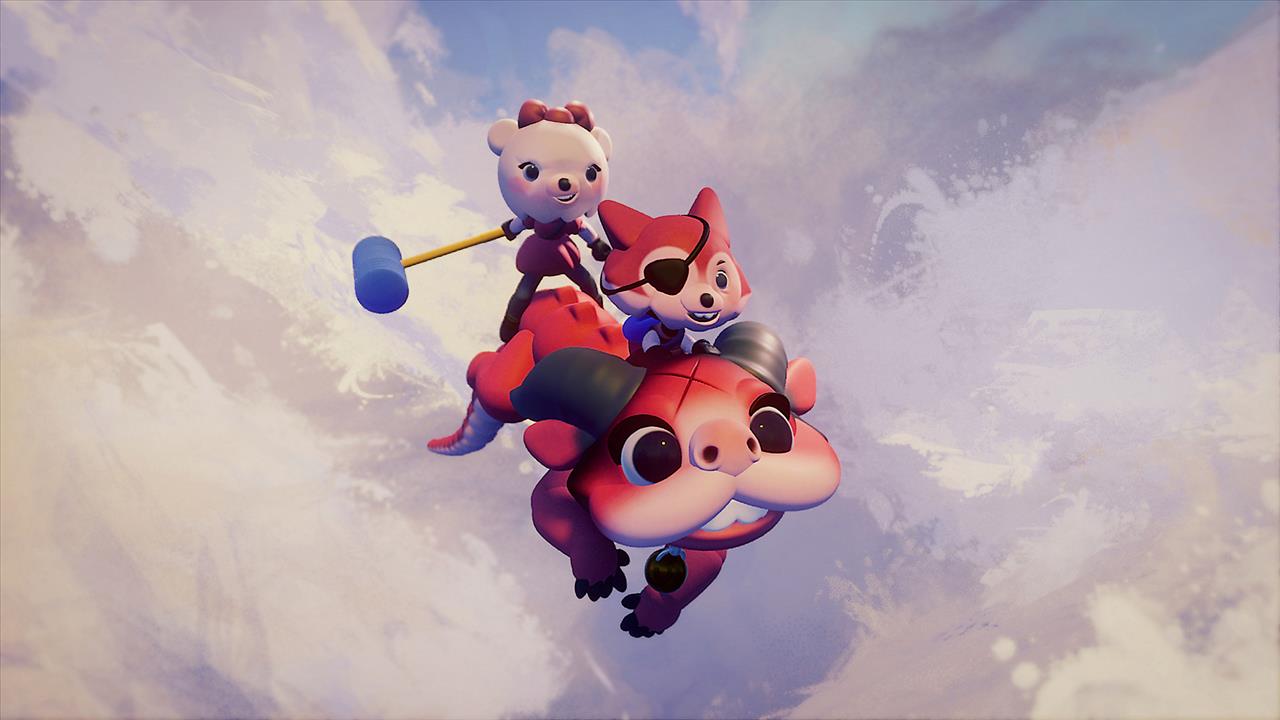 I knew that I was going to give Dreams a high rating within three minutes of starting to play it.

Of course, “play” in this case is a very loose word, but we’ll get to that in a moment. I kept myself open to changing my opinion, as always—you can’t very well review games if you stick to your first impression all the time, can you?—but the more I played, the more I was exhilarated by the art, the music, the combat, the driving, the fantasy designs, the cooking, the destruction, the...

“Okay, back up,” I hear you saying. “What kind of game has all that random stuff? It doesn’t sound cohesive at all.”

That’s because Dreams isn’t a game, necessarily. It’s a game creation system developed as a PlayStation exclusive by Media Molecule. It contains a breathtakingly wide array of creation tools that players (or creators or Dreamers, depending on your word usage) can use in order to make their very own games—but beyond that, you can find your niche in art, music, animations, sculpting, or even just playing the diverse creations that have already been put out by the community.

“Why were you so sure you were going to rate it highly?” I hear you asking now.

Well, because Media Molecule opened a gateway, and they proceeded to leave the gate open behind them, swaying welcomingly in the breeze to anyone who might pass by and want to slip inside.

From the very beginning, I felt welcomed by the game. It didn’t matter that I’d never designed a game before, didn’t matter that I’m not much of an artist, didn’t matter that I can only play music and not compose it. The game took me gently by the hand, told me, “Nobody is unwelcome here,” and led me into a space where anything and everything you have to offer—whether it be creating or simply playing others’ creations—is an integral part of the community. For example, at level 5 the game is able to begin to determine what kind of niche you’re finding for yourself based on what you’ve been doing so far; this will give you a color and a label. At level 5 I found myself labeled a Player, since I hadn’t had a chance at that point to delve much into creating, but this wasn’t a condescending niche. I was commended for being a Player, for experiencing what others put out into the world, and essentially told that Dreams needed people like me to make the community whole.

In a field where people are so often met with obstacles preventing them from fully realizing their passions—whether it be lack of experience or lack of time, or something else altogether—Dreams is groundbreaking. It doesn’t matter what your background is, or your schedule, or your past experience. You can create what you love at your own pace in Dreams. You don’t have to be a degreed designer to understand the toolkit that Dreams gives you. 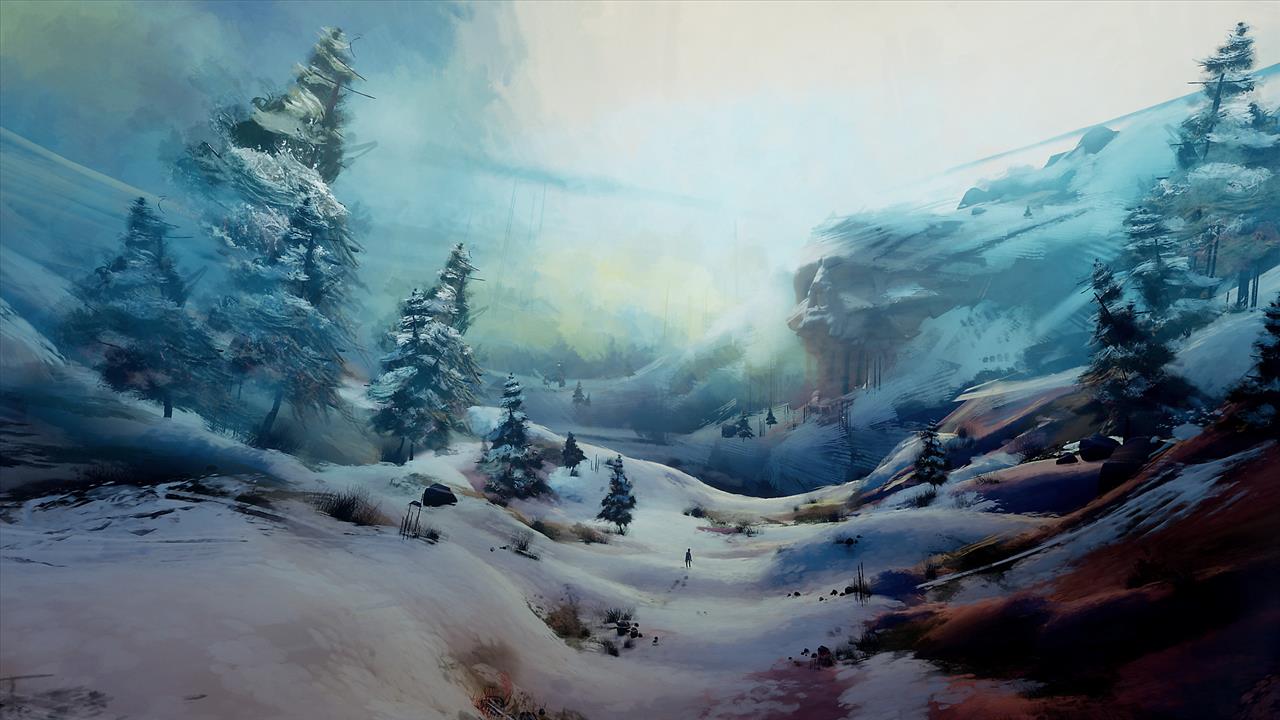 There are two main branches to Dreams: DreamShaping and DreamSurfing. The former is your createspace, where you can build anything from a cooking simulator to a music video to an aerial combat sidescroller to a sculpture. It’s a daunting toolkit at first, containing anything and everything from basic polygons all the way up to animations and textures. I’ll admit that as soon as I got into DreamShaping, the many icons and controls were extremely intimidating to me, and I had to take a break and go back to DreamSurfing for a hot minute. But Dreams is overflowing with tutorials that teach you everything from how to move—very helpful if you’re new to playing games—to how to make river water look reflective. It takes a considerable amount of time to get through them, especially considering the amount of times you’ll need to go back and replay a tutorial because you forgot how to clone and rotate objects, but they are nothing if not exhaustive and effective.

This brings me to what is essentially the single complaint I have about Dreams: the controls. To be fair, it was never going to be seamless to navigate through a 3D space when you control the X-axis, Y-axis, and Z-axis as well as the zoom with a couple joysticks and some buttons. The controller in and of itself is inherently limiting just by virtue of the number of buttons. The Dreams team (heh, the dream team) made it work by implementing button combos, likening it to holding down the shift key on your keyboard to make some buttons do other things, but it’s still a difficult thing to get the hang of. I’m sure I’ll become more used to it as time passes, but a lot of time has passed since I got this game to review and I’m still not overly comfortable with the controls, so take that as you will. 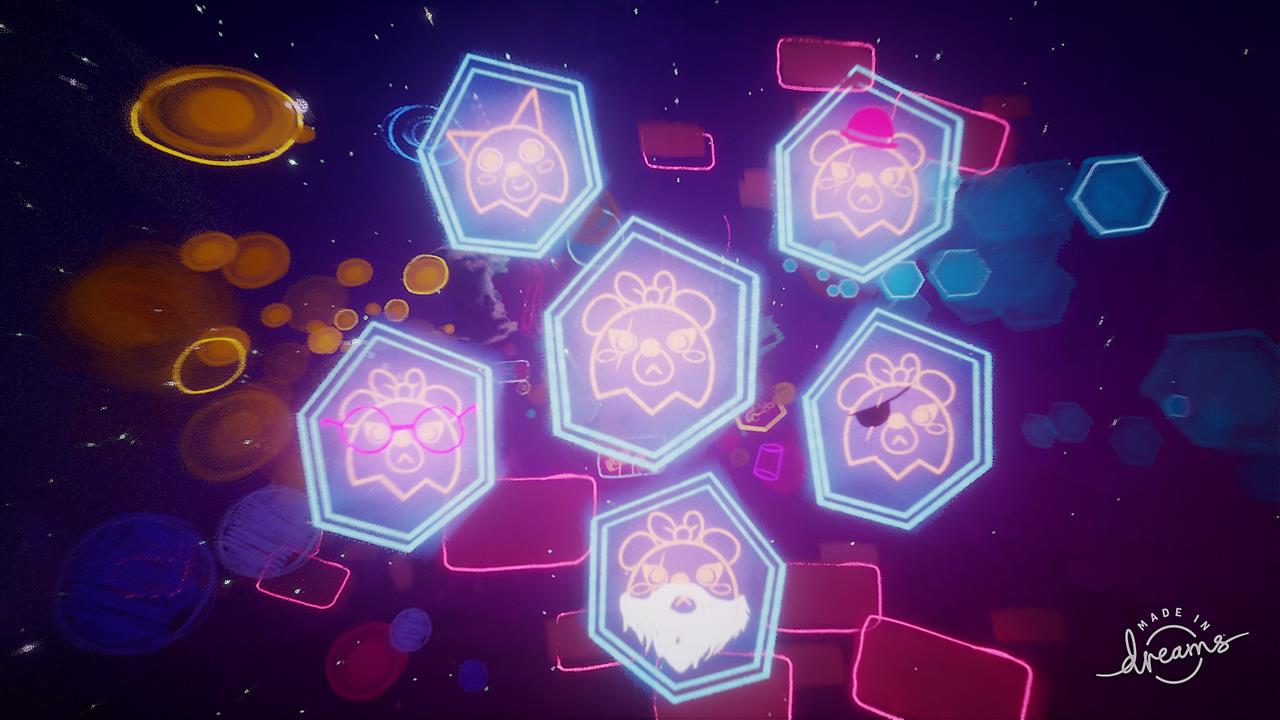 The other branch of the game, DreamSurfing, is where you get to explore and play other people’s creations, and where the diversity of the platform really comes through. I played a cooking simulator right after a pseudo-stealth museum destroyer, a dog platformer right after a pizza platformer, and a number of other unique creations—each entirely different than the last—but the highlight of DreamSurfing is Art’s Dream.

Art’s Dream is a movie-length playable adventure in DreamSurfing made by the, ahem, Dream team themselves in order to show off the capabilities of the Dreams platform. It’s the melancholic tale of a bass player who’s isolated himself from his band, and must go on a journey in his dreams to short answer: rescue his old stuffed dragon, Lancewing, by navigating multiple fantastic settings, and long answer: acknowledge his mistakes and priorities in order to mend his broken relationships and rejoin the band. 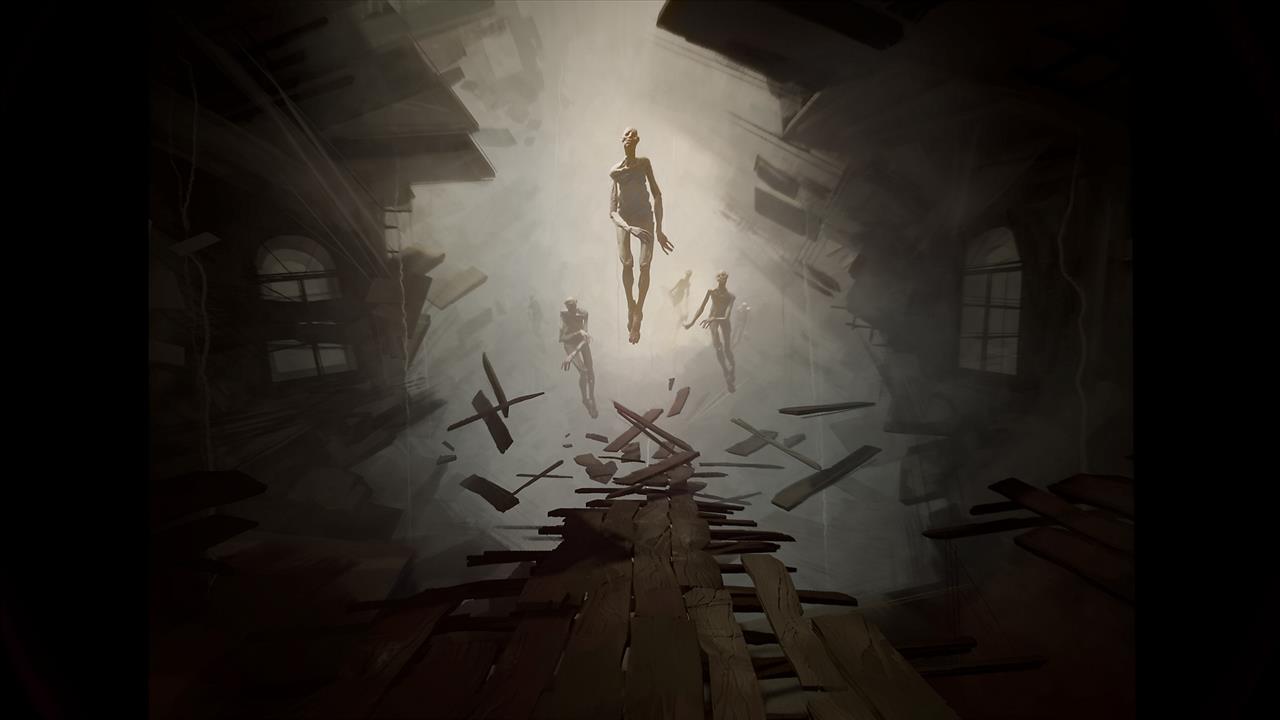 Yep, it sounds confusing and disjointed. But the game is a dream—and don’t tell me you’ve ever had a dream where everything makes perfect sense—and it’s a dream meant to showcase the diversity of the game’s tools at that, which it does spectacularly. As we navigate through Art’s Dream, we’re introduced to a variety of game types. There’s a fantastic childlike landscape, where we control two stuffed animal warriors with different combat mechanics. There’s a lonely sci-fi ruin, where we control a tiny robot in a puzzle platformer. There’s a point-and-click-type adventure as well, in which we control Art himself and guide him through item-based puzzles, dialogue choices, and some, uh, interesting musical numbers by the primary antagonist. Art’s Dream switches between these three primary genres and more, incorporating smaller mechanics like sidescrolling and driving as well. And everything—every note, every animation, every map—was created in Dreams. It’s as close to a campaign as Dreams gets, and it’s a breathtaking result—one of those things where I had to sit back and say under my breath, “They made this whole thing in the game?”

Yes. Yes, they did. And now they’re giving us the tools they used to make it.