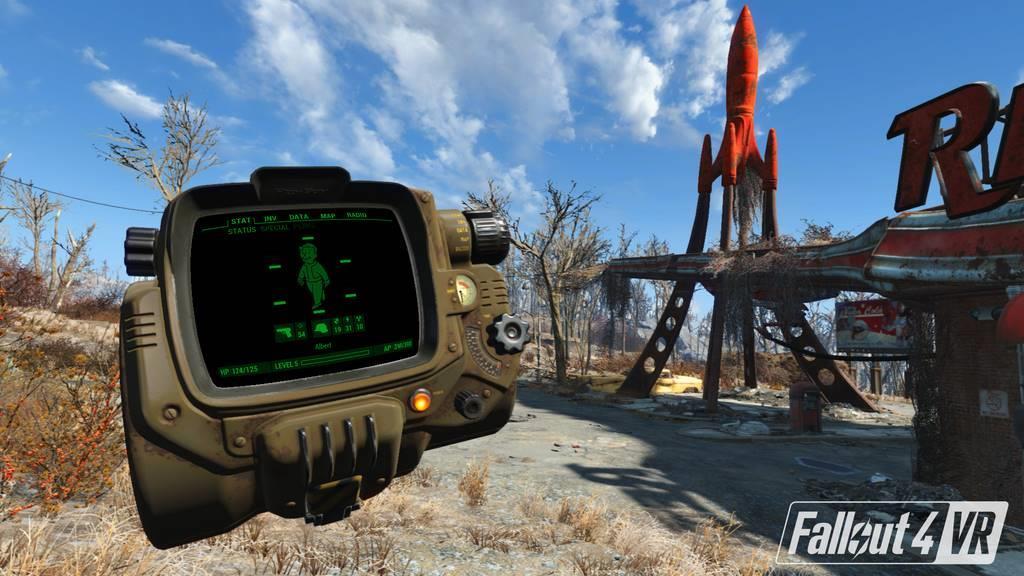 When I first got into VR with the Oculus Rift Developers Kit DK2, I imagined a day where I could walk around Skyrim or the ruins of Washington D.C. and be fully immersed in the worlds that Bethesda created. Being a big fan of the Fallout series and having played a ton of hours of The Elder Scrolls V: Skyrim, I was hoping Bethesda would one day make a game in those worlds in VR.

And then it happened. Bethesda announced Fallout 4 VR and The Elder Scrolls V: Skyrim VR and there was much rejoicing on my end. Fallout 4 VR would come to the PC first with Skyrim coming about six months later. Skyrim enjoyed a nice little exclusive period on the PlayStation VR and it got somewhat favorable reviews. 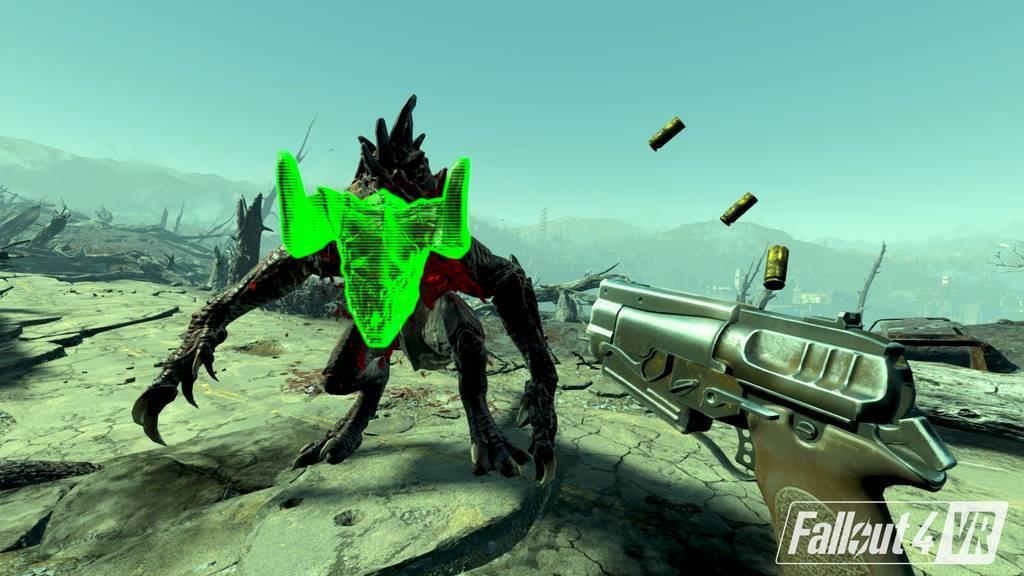 Now, I wasn’t expecting a fully baked VR experience since Bethesda was trying to retrofit it into their current engine. It’s a ton of work and there were going to be performance issues, no doubt. Fallout 4 VR was much harsher in terms of requirements, but Skyrim ran really well. I had the machine to run both at more than acceptable levels and I gave each game a solid score. Fallout 4 VR earned a 9 out of 10, and Skyrim VR likewise took home an impressive 9 out of 10.

But we all knew it was going to take a few patches to get things, well, I can’t say right, but at least more playable. Let’s face it, Bethesda isn’t known for games that work flawlessly. Their games have many flaws that we either overlook or use mods to get around. But we do depend on the studio for fixing game-breaking bugs.

And for a short while, we did get those fixes. A Bethesda community manager was keeping us in the loop on each game’s respective subreddit. JessBethesda posted on both beta and stable patches being released for both games. It was great to have someone communicate with us on the changes coming or asking for information on how to replicate the issues in hopes of getting the studio to fix them.

Fallout 4 VR was released on December 11, 2017. From the get go, Bethesda patched up a few things the day after release on December 12. January 30, 2018, saw the second patch for the game that addressed a lot of issues. We waited a while, though, for the next patch, but it did come on April 27. On May 4, jessBetheda said the dev team was aware of some jittering issues and posted to let the people know it would be addressed in the next patch.

But that’s when things went silent. No more updates, no more communication. No mentioned next patch to fix this and other issues.

Skyrim VR was released on April 2, 2018. Having been on the PlayStation for about six months, this game had the benefit of seeing what problems came out on another platform so they could be addressed when it was released on the PC. The first patch for Skyrim VR was on April 9 shortly after the release, then April 27 saw the second patch and it seemed like Bethesda was making sure the game got the necessary bug fixes.

And then...that was it. We got two official patches for the game and there’s still various issues on hand that have never been fixed. This is par for the course, it seems, for Bethesda’s offerings. The last post by jessBethesda for Skyrim VR was on May 2, 2019, asking for information about a crash that can occur in the city of Whiterun from people who experienced it.

With that, we got radio silence for both games. Later in 2019, a little game called Fallout 76 was released and that’s been the main focus, it seems, for support. That along with the mobile title The Elder Scrolls: Blades, or what I assume are games that bring in greater revenue via microtransactions. Because there is no revenue stream for the two VR games, it seems Bethesda decided to cut bait on them.

So what about those of us who enjoy these two big franchises in the VR space? As usual, we have a lot of great modders in the community that have tried their hand at fixing some of the issues still lingering in the game. Mods that allow for hands to be visible in Fallout 4 VR, or location damage, or voice activation of dialogue without having to select it with your controller. Mods that increase the immersive factor of these games that Bethesda could have done themselves and probably easier since they have access to the source code. 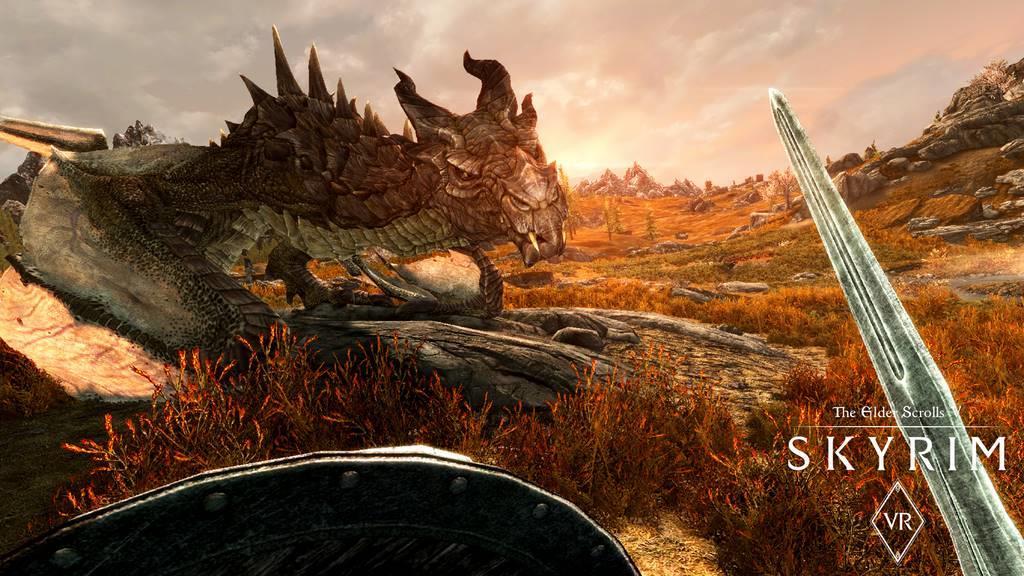 But no, we haven’t gotten a peep out of them. Three patches for Fallout 4 VR and two for Skyrim VR on the PC—and that’s it. That’s just an awfully small amount of support for two games that were ported to use brand new technology and two games they charged full price for even if you owned the original versions. Let’s not forget that Fallout 4 VR didn’t include any of its DLC, unlike Skyrim VR. With some hacking, you can play the four Fallout 4 DLC in VR, but it’s still got issues here and there that make it far from a smooth experience.

Valve released the Index HMD last year, and while other smaller studios as well as some large ones have pushed out a patch to allow for Index controller support in their game, Bethesda hasn’t done a thing. There were issues with the mapping on these controllers for Skyrim VR, but instead of a patch to fix this we had a modder out there provide a temporary solution. Recently Valve updated Steam VR to address this, but Bethesda should have been front and center to deal with this.

Hell, even Batman: Arkham VR got a patch for the Index controllers, and that game hasn’t been updated in ages. Kudos to Rocksteady for doing that.

Bethesda hasn’t abandoned the VR space, but their latest, Woflenstein: Cyberpilot, hasn’t been well received. It looks like there hasn’t been any patch to fix any issues. Then again, it’s only four missions and can be finished in around 90 minutes, so maybe there isn’t much there to fix. 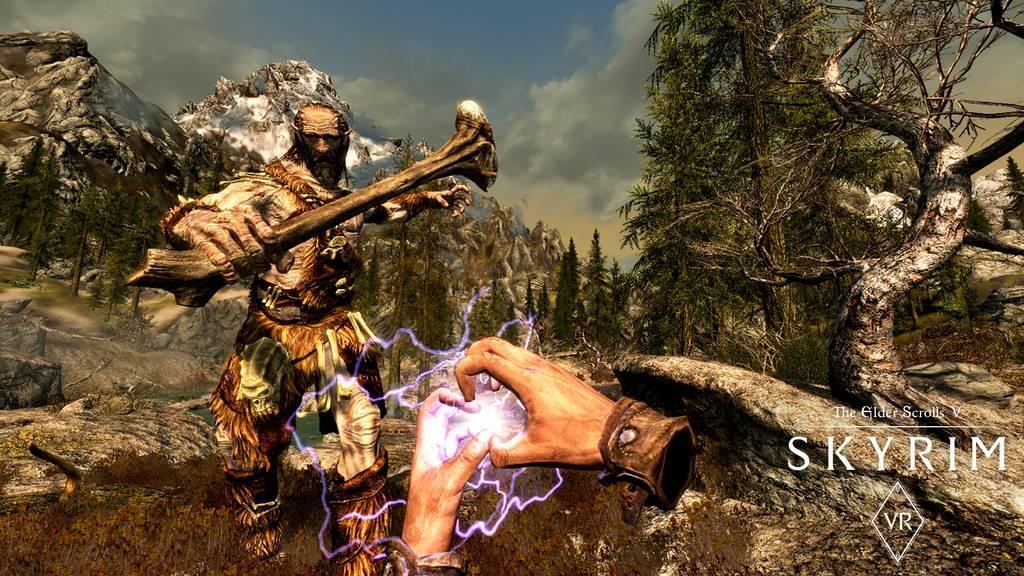 Steam is still selling both Fallout 4 VR and Skyrim VR at $60. There have been a few sales here and there, but these two titles, in their current state and age, shouldn’t be near a $60 price tag. And with their lack of support, it definitely shouldn’t be bought at $60.

I’m more disappointed than anything that Bethesda abandoned these two titles. While they aren’t perfect, they are still very enjoyable experiences that can offer many hours of great VR gameplay. If only Bethesda would allocate a few developers to fix some of the issues, these two titles could really be something in the VR world.

A company should stand by their product and support it with fixes when need be. Bethesda is a large enough company that this shouldn’t be an issue in dedicating a few resources to make the game run better for everyone who has bought it. But having just three patches for Fallout 4 VR and two for Skyrim VR, these two titles deserve better and it’s unfortunate that Bethesda has basically washed their hands of them.