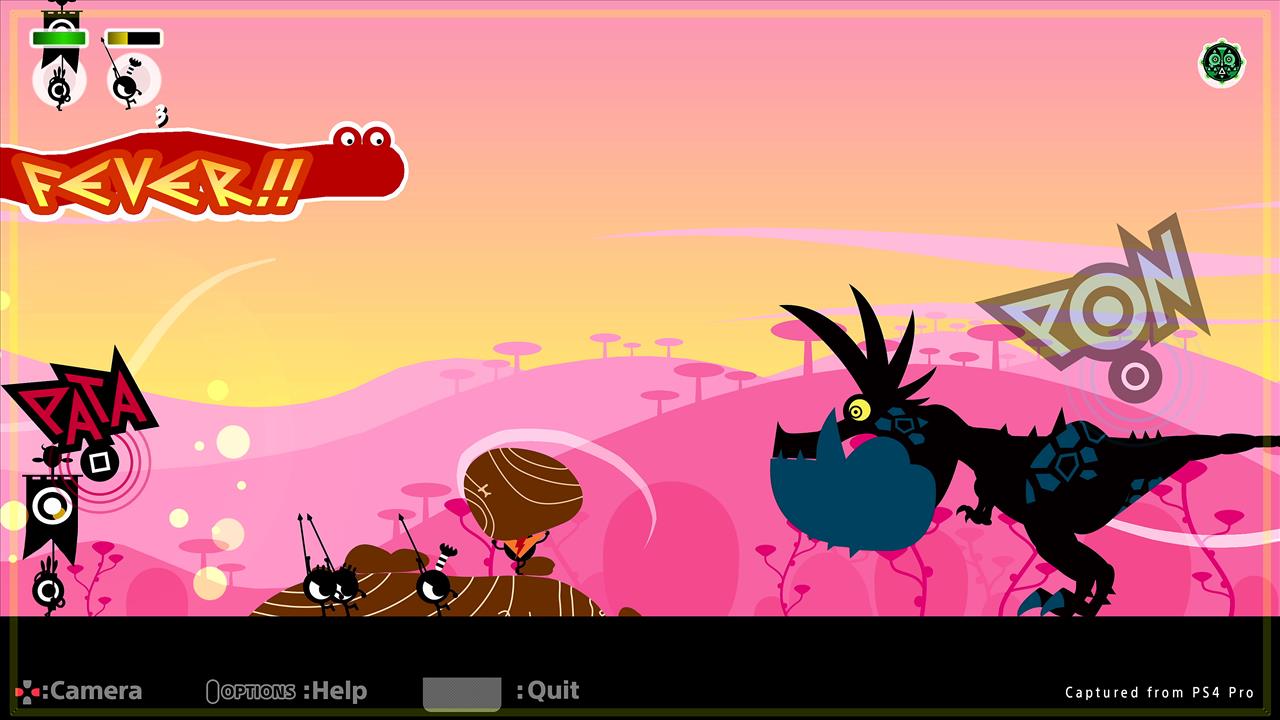 Every now and then, I take on the review of a storied game with an enormous fanbase, and after giving the game the same consideration that I give every other title, I am forced to face the uncomfortable truth that I don’t like the game.

It would be easy to put on a happy face and crank out a positive review just to align with a game’s reputation. It is far more difficult to express criticism than it is to praise something you enjoy. But the simple fact is, I didn’t really care for the Patapon 2 remaster, and I believe that others may have a similar experience to mine. So, let’s talk about it. 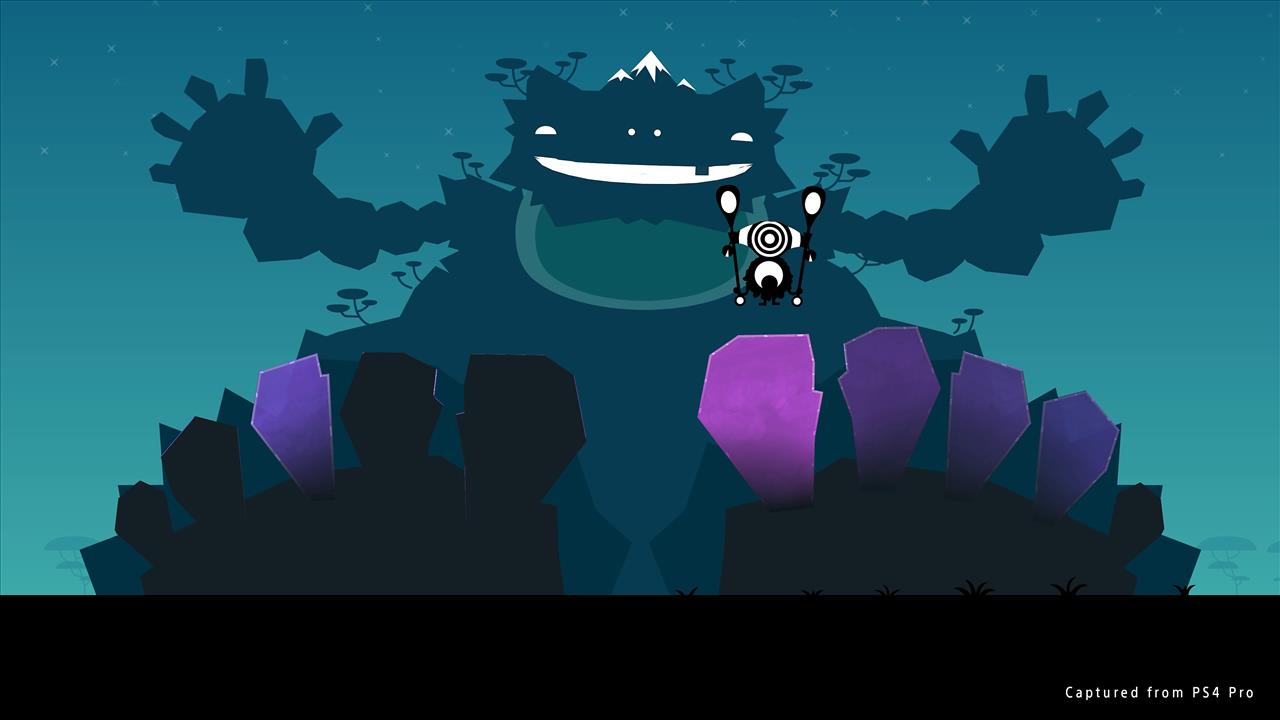 Don’t get me wrong, Patapon 2 is not a complete disaster. We’re not looking at a Conan Exiles-level drubbing here. In fact, I would probably like Patapon 2 quite a bit if I thought that it worked well. The characters are charming, and the music is catchy. There are tons of bright colors and squeaky voices – things that I normally enjoy. But after struggling with Patapon 2 for a number of hours, I had to concede that the problems I experienced didn’t lie with me. The fact is that Patapon 2 feels a bit broken on PS4. Certain steps could have been taken to improve the situation, and they weren’t. As a result, the Patapon 2 remaster is a frustrating dud.

In a nutshell, the problem is latency. Patapon 2 was originally designed to be played on the PSP – a solid-state handheld with controls and a display screen hard-wired directly into the device. Tap a button on the PSP, and your on-screen character reacts immediately. On PlayStation 4, Patapon is played with bluetooth controllers, and any one of about a million different display screens with a million different refresh rates. This can lead to there being a slight delay between pressing a button and seeing the result. In a game that demands precision like Patapon 2, even the slightest delay can be game-breaking.

I haven’t really noticed much latency in my personal set-up before. I’m not a big fighting game guy, and I don’t play a ton of competitive FPS titles, so I don’t usually rely on such high-level precision in my gameplay. But with Patapon 2, the problem is very real, and watching my little army collapse in a heap when I am absolutely certain that I tapped the button at the precise right moment is frustrating as hell.

For those unfamiliar with the franchise, Patapon is a very unique mix of the rhythm and RPG genres. Players control a little army of eyeball-shaped dudes. You start the game with just a couple of guys, armed with wood spears. As the game progresses, more and more types are added to your army, and before long you have a screen full of bouncing and pulsing Patapons marching in time to the beat you lay down. 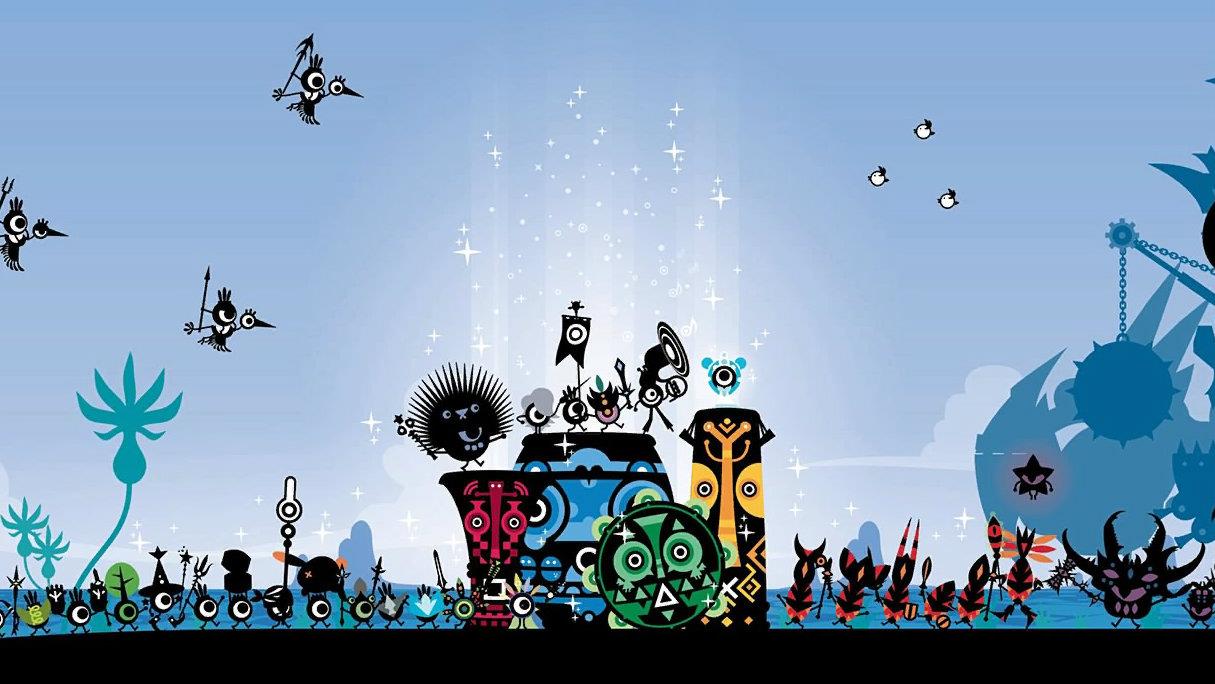 Everything in the game – from movement to combat – is controlled by tapping on the DualShock face buttons in time to a beat. Different combos do different things. The game starts with simple movement and a basic attack, but more actions are slowly added to the mix. The beat pulses on the edges of the screen, and players must tap out the various combos in sync.

Armies march from left to right across the screen, encountering various enemies and obstacles. Knocking that stuff down rewards the player with new characters, gear, and materials. Play, get stronger, beat more difficult enemies, get better gear. You know the loop. 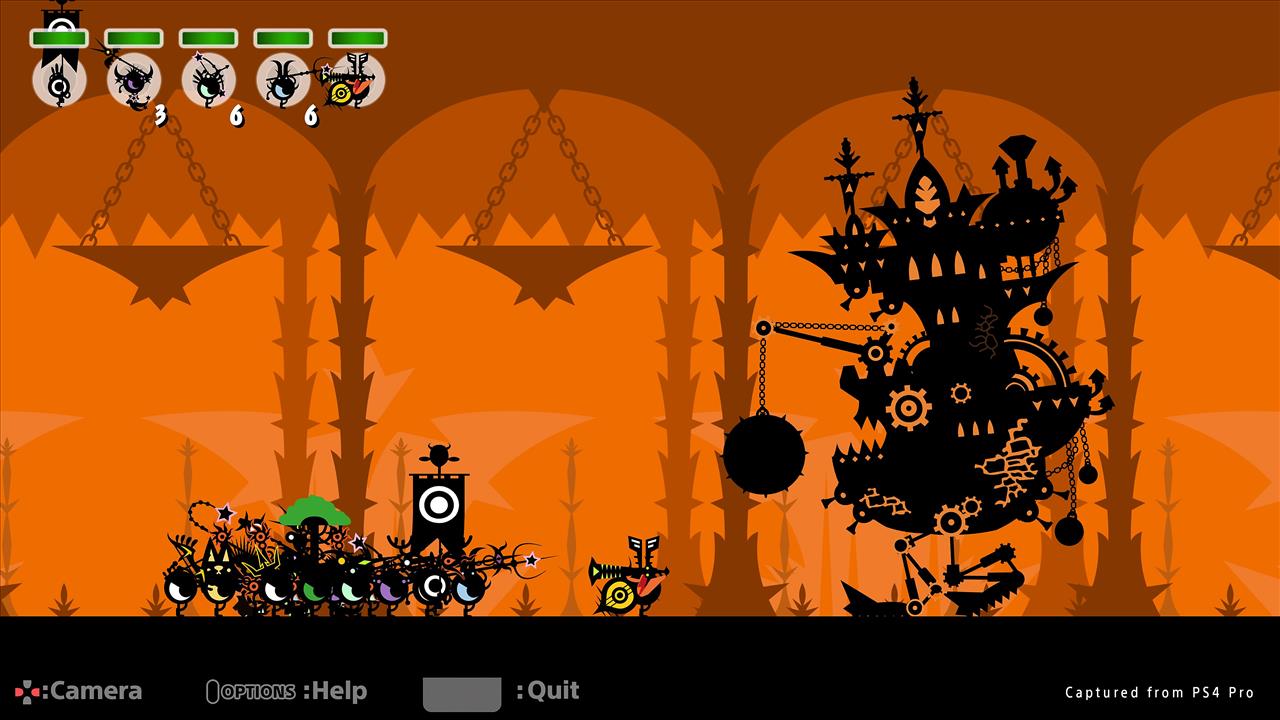 The latency problem arises fairly quickly. Just the simple act of getting my army moving at the beginning of each level required a lot of trial and error, with me struggling to adjust my timing away from the beat to tap the buttons at the precise moment before each beat hit for the game to recognize it as a successful tap. For a long time, I thought that I was just really terrible at Patapon, but after experimenting around, I realized that this entire experience was just…off.

This problem could have been overcome by the inclusion of some simple configuration menus, allowing players to dictate that Patapon 2 compensate for possible lag, rather than the other way around. But for whatever reason, the choice was made not to include this in this remaster. Instead, I was forced to cross the rhythmic wires in my brain and try to force myself off-beat – which is off-putting, and decidedly unfun.

Patapon 2 drops the ball in a few other key areas. Telling the player what to do in the game’s overworld doesn’t seem to be a terribly high priority. Additionally, how to start new levels (and the fact that you can replay older levels for gear and materials) isn’t communicated at all. In general, the UI in Patapon 2 Remastered is a bit of a mess, leaving the player fumbling about to try to get anything done. 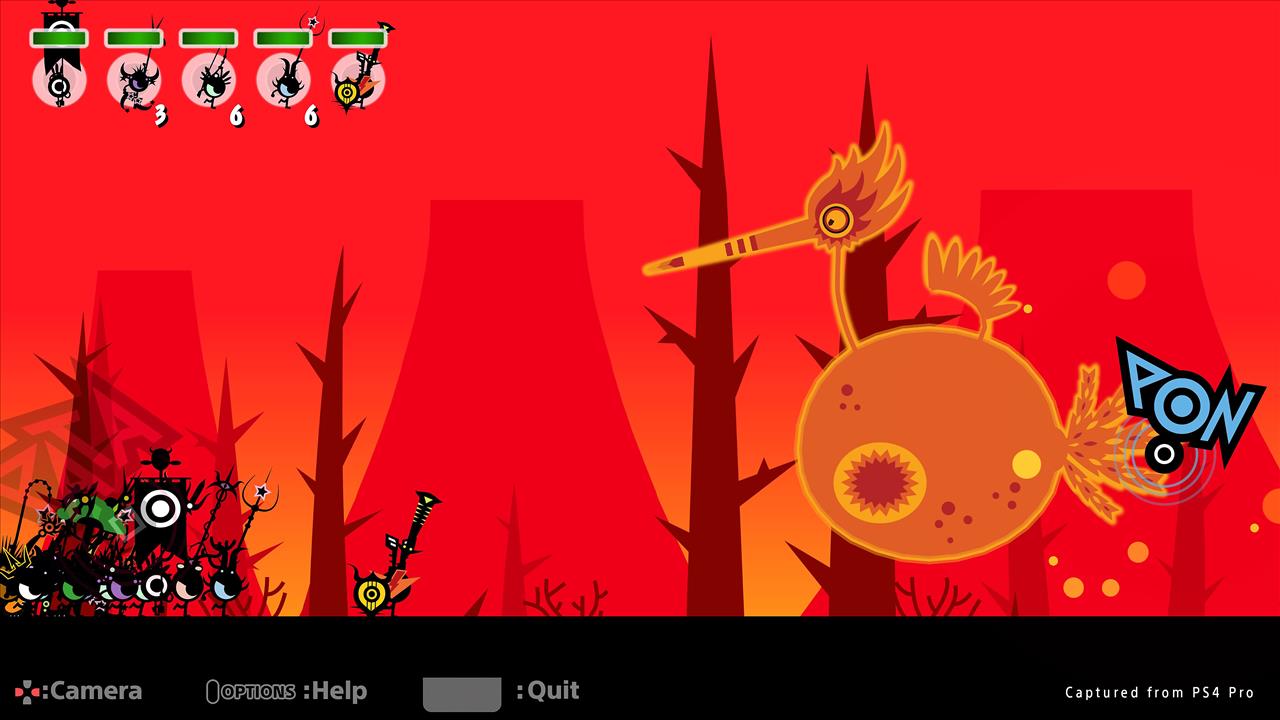 I would like to say that other considerations allowed me to overcome my issues with Patapon 2’s unfriendly implementation. But to be honest, I found my that my frustration with Patapon 2 overwhelmed my appreciation of the game’s many charms.

To be fair, Patapon 2 looks fantastic. The visuals – blown up from PSP’s four-inch screen to a 55” 4K TV – are crisp and delightful. Patapon’s minimalistic art design is utterly unique, and coupled with the game’s humorous animations, it is a lot of fun to look at. When you have an army of twenty little dudes, and they are all moving independently of each other – but in coordination – the effect is highly entertaining.

Likewise, the sound in Patapon 2 is delightful. Your little army repeating your button presses back to you like a chorus of chipmunks is always amusing, and the rhythmic tunes that are created by standard gameplay are catchy and fun.

I must also acknowledge that this particular problem is somewhat specific to my home entertainment set-up. Other players may not experience the same problems that I have. It’s likely that some people out there that read this review will think that I’m nuts. But others will likely nod their heads in recognition, as I’m certain that I’m not alone in experiencing this latency.

In the end, Patapon 2 Remastered falls through the cracks due it’s inability to compensate for the fundamental differences between a PSP and the PS4. Playing the game, I repeatedly thought of the PS4 port of Tearaway, and what a great job that team did porting the game from Vita to PS4. In that port, the team dug into the core of the game, changing certain mechanics to compensate for the differences between the Vita and a DualShock controller. If Patapon 2 Remastered had done something similar, this would be a very different review indeed.

Patapon 2 Remastered fails to compensate for the fact that the Sony PSP was a very different device from the PlayStation 4, and in the end, controller latency sinks this classic game adaptation. If the game had compensated for the particulars of its new home, it may have been immensely enjoyable – the core of a great game is intact. But as it stands, Patapon 2 is frustrating and unfun.