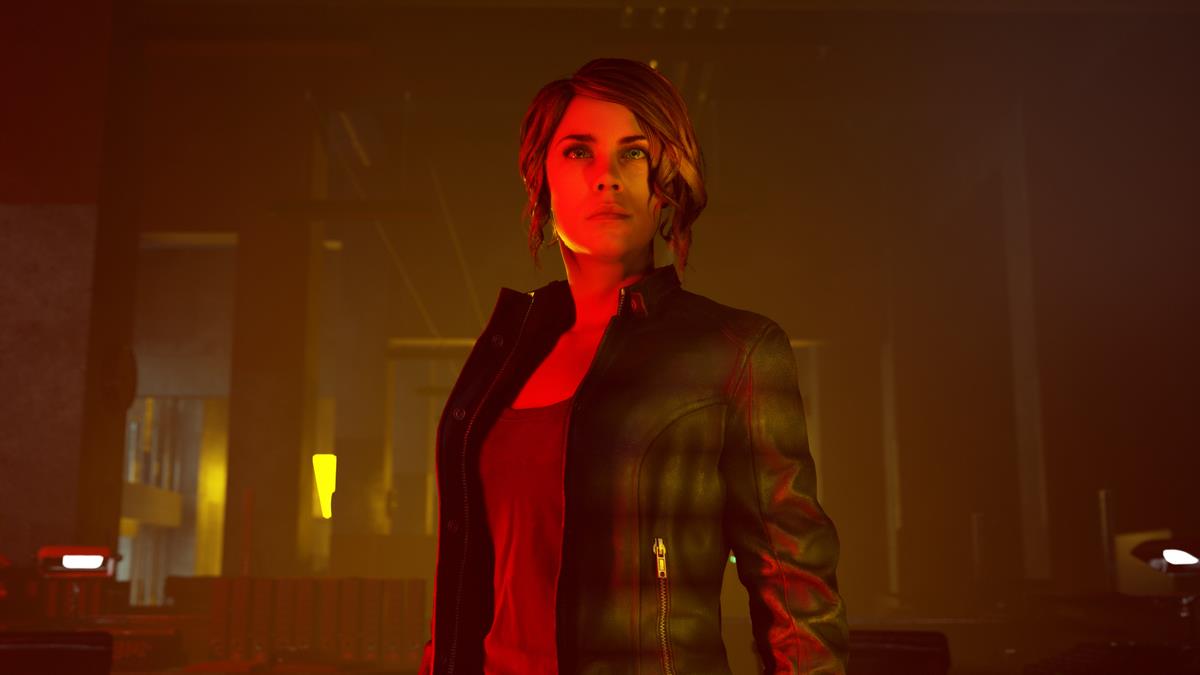 Our Favorite Games of the Year 2019

2019 may not go down as One of the Best Years in Video Games Ever. Or maybe it will. Our tastes here at Gaming Nexus are as far-reaching as Soviet logistics simulators and stealth goose adventure games. It’s that very reason that makes any top 10 list inconceivable. How do you pit walking simulators against music rhythm games? Can you honestly put a jerk goose game up against Spider-Man? If there was a singular favorite to emerge, Remedy’s paranormal secret government agency thriller, Control, received multiple nods from our staff. But the Resident Evil 2 remake also made hefty impressions. Without any ranking whatsoever, here are our favorite games of the year. 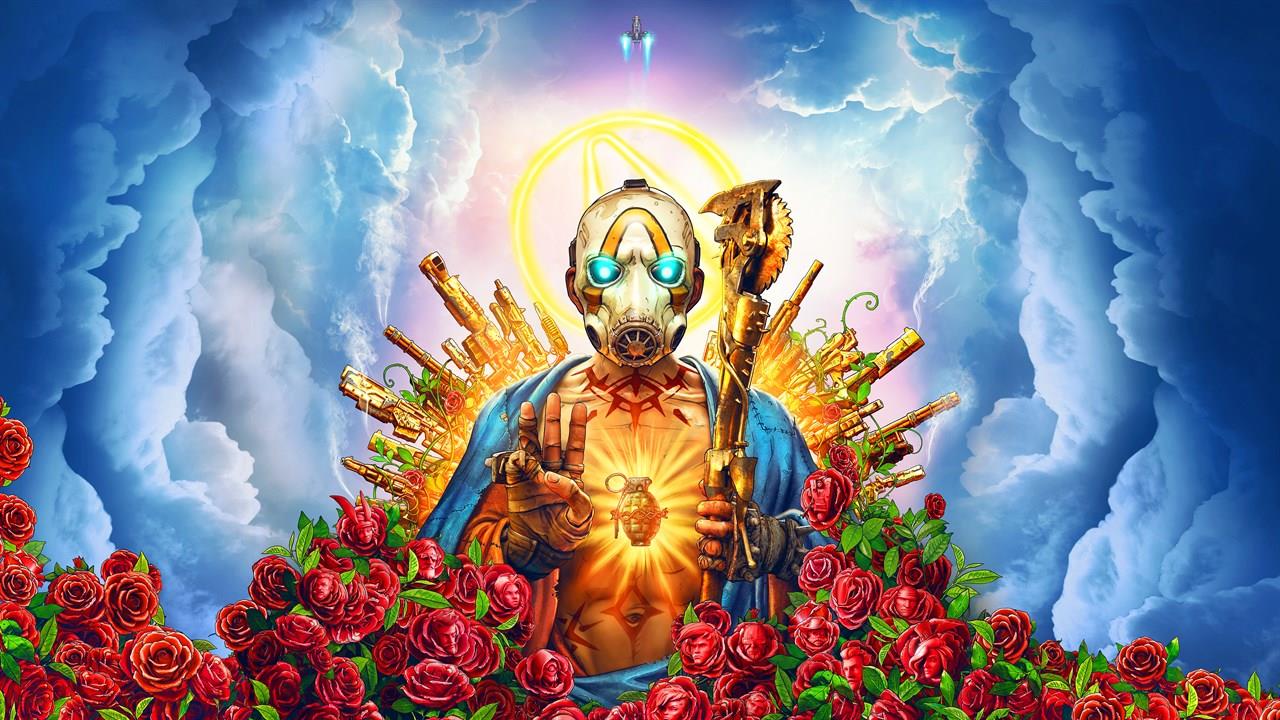 Russell Archey
Borderlands 3 – I've been a fan of the Borderlands series since my first time on Pandora and have enjoyed each game in the series to date…yes, even Pre-Sequel. I was hoping that Borderlands 3 would live up to the hype and so far it has. I had a couple of nitpicks in my review of the game, namely that it felt like I had to do quite a bit of grinding as I felt like I was having issues taking out enemies at a decent pace, plus a couple of the bosses were overly annoying and I had to find hiding spots to stand a chance. That though was more me getting back into playing the series on a controller since I usually play Borderlands on Steam. I didn’t mind the Calypso Twins' schtick that much and some of the boss fights were great, especially towards the end game. 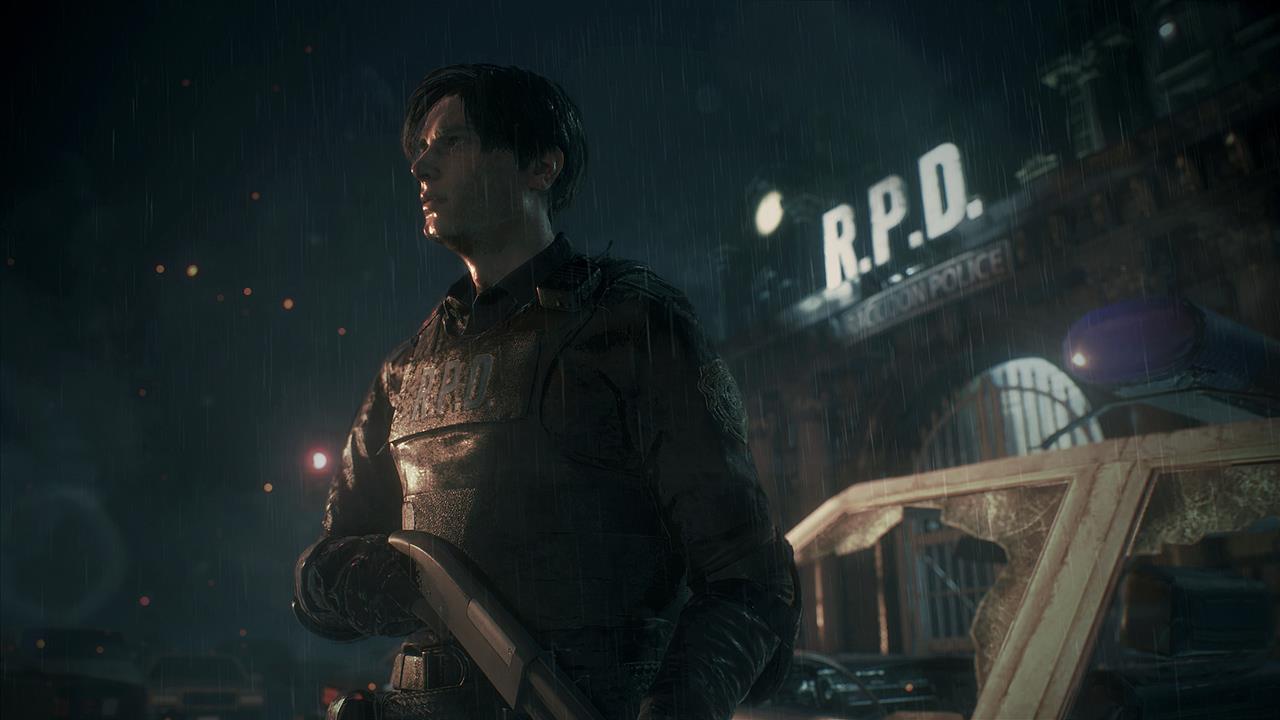 Nathan Carter
Resident Evil 2 (2019) – Without question or hesitation, my game of the year for 2019 is Resident Evil 2. I have been a fan of Resident Evil since the PlayStation One days, this was everything I wanted out of a remake and more. Fans like myself have been waiting almost 15 years for this after we got the original Resident Evil Remake back on the Gamecube. For one, the game is legitimately terrifying and Mr. X was the most anxiety-inducing thing I have experienced in a game since Doom. I’m seriously about that as well just like the Cyberdemon from the original Doom games sends shivers down your spine when you start hearing those *THUMP THUMP THUMP* footsteps, Mr. X was the exact same way. 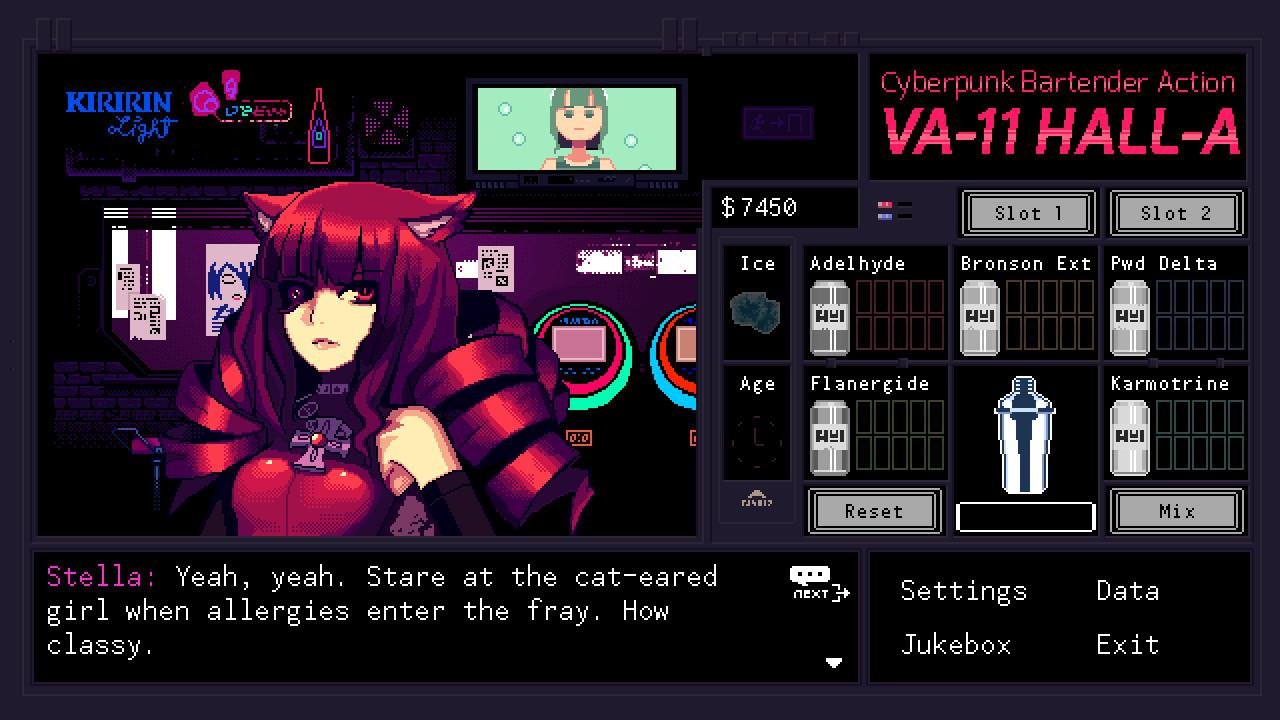 Sean Colleli
VA-11 HALL-A: Cyberpunk Bartender Action – I was torn on whether or not to put this in my Favorites or Biggest Surprises, as this one slipped under my radar when it landed on Steam back in 2016. Regardless, the Switch port of VA-11 HALL-A was one of my top games of 2019 for its laid-back gameplay and astonishingly good writing. I’m not usually a fan of visual novels but Sukeban Games has crafted a world that is effortless to inhabit and characters that are impossible not to love. What I appreciated most is just how subtle the plot and characters are.

Most games that push diversity do it with a neon capital D, and come off as naive at best and hackneyed, tokenistic and preachy at worst. VA-11 HALL-A’s cast is incredibly diverse, spanning multiple sexual orientations, professions, races, classes and even trans-human demographics, but it’s never forced or hamfisted. Everyone is some kind of robot, talking dog, brain in a jar, or lesbian-cyborg-catgirl police officer, but the plot doesn’t descend into a mess of victimhood competitions.

Rather, the narrative examines how in a dystopia everybody has it rough, everyone makes mistakes, and the dignity, flaws, hopes and tragedies of each person are ultimately what matter. It’s a game about how everyone is a valid individual, how comparing scars and hardships can create both division and compassion, and it’s done in the most meaningful, human way I’ve seen in years. The VA-11 HALL-A bar is a watering hole where assassins, sex workers, off-duty cops, depressed dads and even a clickbait “journalist” all rub elbows and bare their souls, and it’s up to you to mix them drinks and ultimately change their lives. Oh, and the soundtrack is incredible too.

Observation – I am not terribly fond of narrative-heavy experiences that eschew gameplay, aka “walking simulators.” But a game on a space station where you basically play as the HAL 9000, directed by one of the developers of Alien: Isolation? Sign. Me. Up.

Observation is the kind of high-concept science fiction that is right at home alongside Arrival, Moon, Sunshine, Interstellar and the granddaddy of them all, 2001: A Space Odyssey. Acting as an AI, helping—or possibly hindering?—your beleaguered astronaut companion as she comes to grips with an inscrutable alien intelligence in orbit above Saturn is one of the great sci-fi setups of the decade. I loved the call-and-response relationship you have with Dr. Fisher and how it emphasizes the peerlessly professional “work the problem” attitude of real astronauts.

Too many sci-fi movies have the human characters fall to pieces and run around with their hair on fire as soon as a crisis emerges, but Observation considered that “right stuff” cool under pressure mentality that astronauts need to work in space. It also helps that the visual design on this game is spot-on. Developer No Code just nailed the high-contrast, austere beauty of archival NASA footage, and the UI design has that uncanny Alien: Isolation touch for just that extra dose of uncomfortable realism. Observation was pretty much everything a hard sci-fi and space history nerd like me could want out of an indie game.

Kinsey Danzis
Cadence of Hyrule: Crypt of the Necrodancer Featuring The Legend of Zelda – Music can make or break a game for me. As an avid Zelda fan I was pretty anxious about the musical adaptations in this game before it came out—despite somehow missing news of its upcoming release until, like, three days before it launched. I shouldn't have worried. With the lively remixes of old favorites, the intuitive rhythm system, the satisfying combat, and a (mostly) random map orientation every time you start a new file, this game instantly became my go-to destresser—short enough to knock out in a sitting or two, and challenging enough to want to 100 percent. 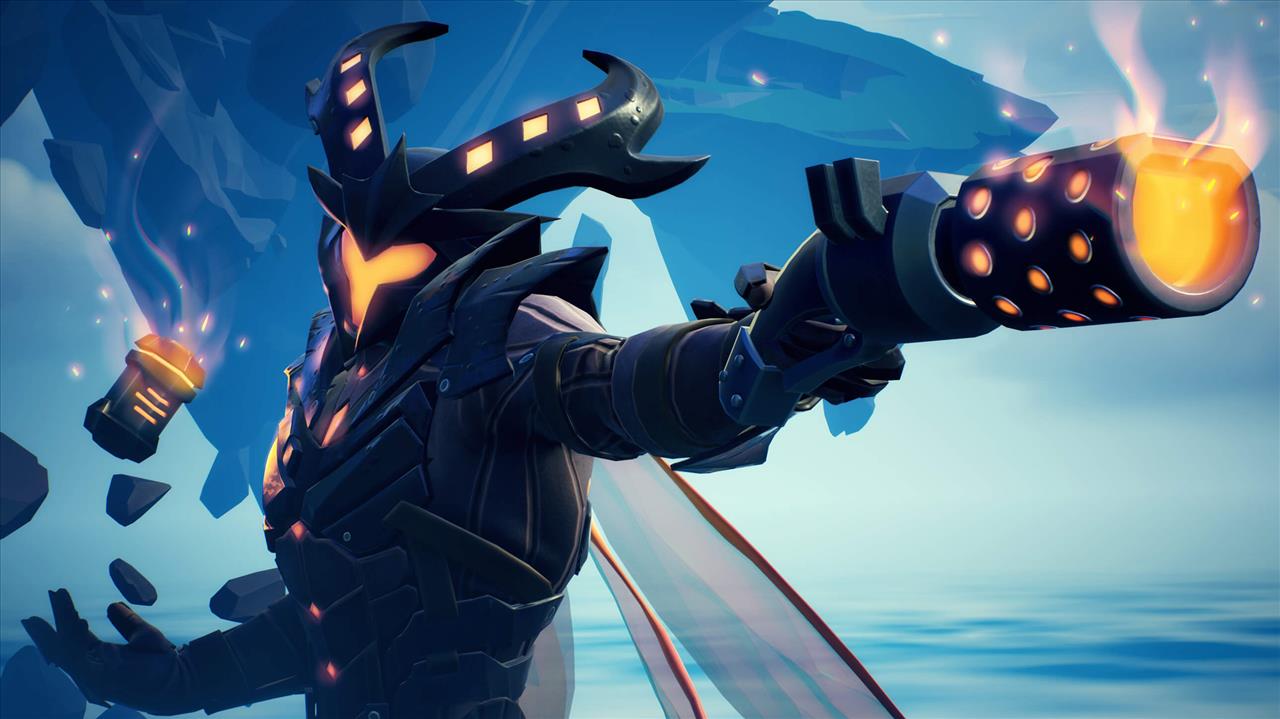 Eric Hauter
Dauntless – It surprises even me to say it, but my favorite game this year has been Dauntless. Sure, Concrete Genie and The Outer Worlds were unique and remarkable experiences. But no other game captured as many hours of my life this year as Dauntless. My single-minded pursuit of my hunt pass trinkets, my determination to beat even the most difficult behemoths, my weird pleasure in trolling people in Ramsgate by edging up to them and morphing our bodies together into one monstrosity—this is a game that I'm going to be playing for years to come. 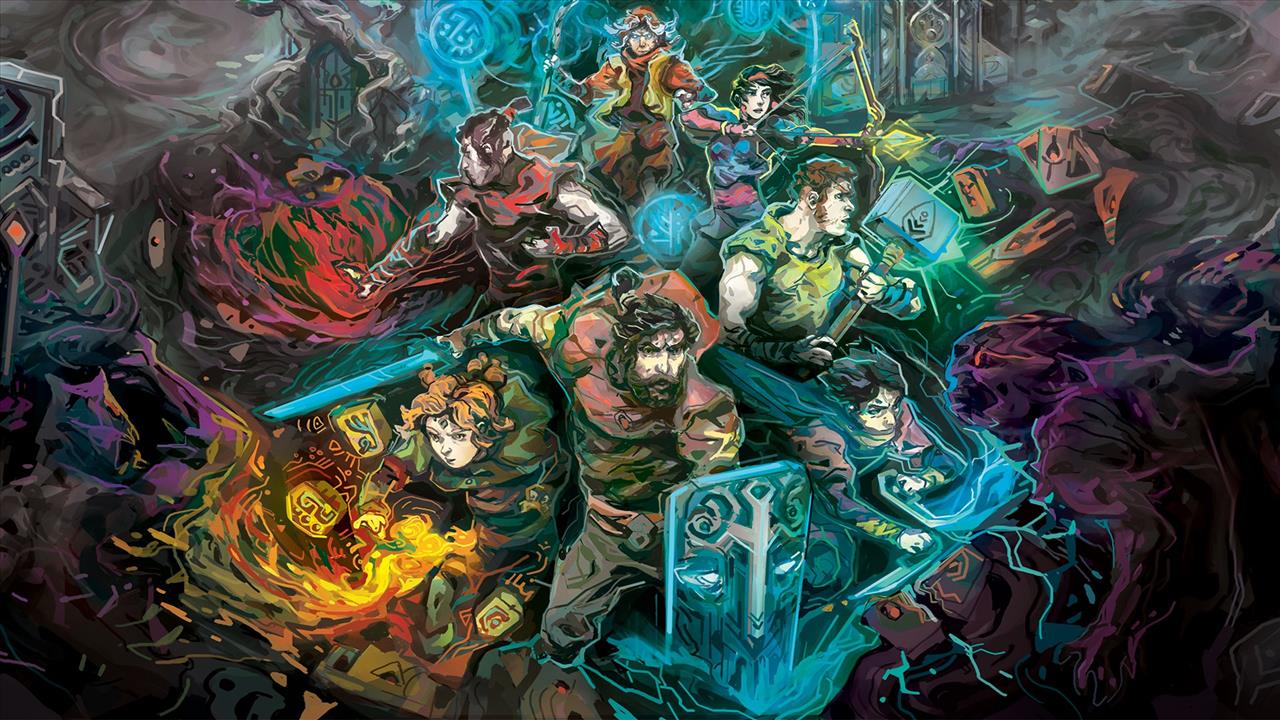 Randy Kalista
Children of Morta – If you would've asked me, I would've copy-pasted Hyper Light Drifter's whole look, feel, and mood. I would've advised developer Dead Mage to change absolutely nothing. Thankfully, Children of Morta didn't listen to me. Instead of creating a lonesome drifter, they built a loving family. Instead of handcrafting an inscrutable map, they rogueliked a changeable environment. And instead of wordless slideshow storytelling, they brought in the best narrator this side of Bastion I've ever had the pleasure of hearing. Action-adventure games, in general, are scared to death of how to handle family matters. Unswayed, Children of Morta bred an entire action-adventure family that does matter.

Control – The madcap scientist is my favorite video game actor of the past 12 months—probably more. The creepy children's puppet show is wonderful nightmare fuel. The smash-bang psychokinetic shenanigans blast every scene apart with enough particle and physics effects to create unintentional bullet-time slowdown. I love the no-smartphones-beyond-this-point level of analog technology, and I love the "What did you do, Ray?" amount of paranormal witchcraft locked down behind concrete, unbreakable glass, and red tape. It's great seeing an agency called the Bureau of Control have so very little control of anything under its purview. 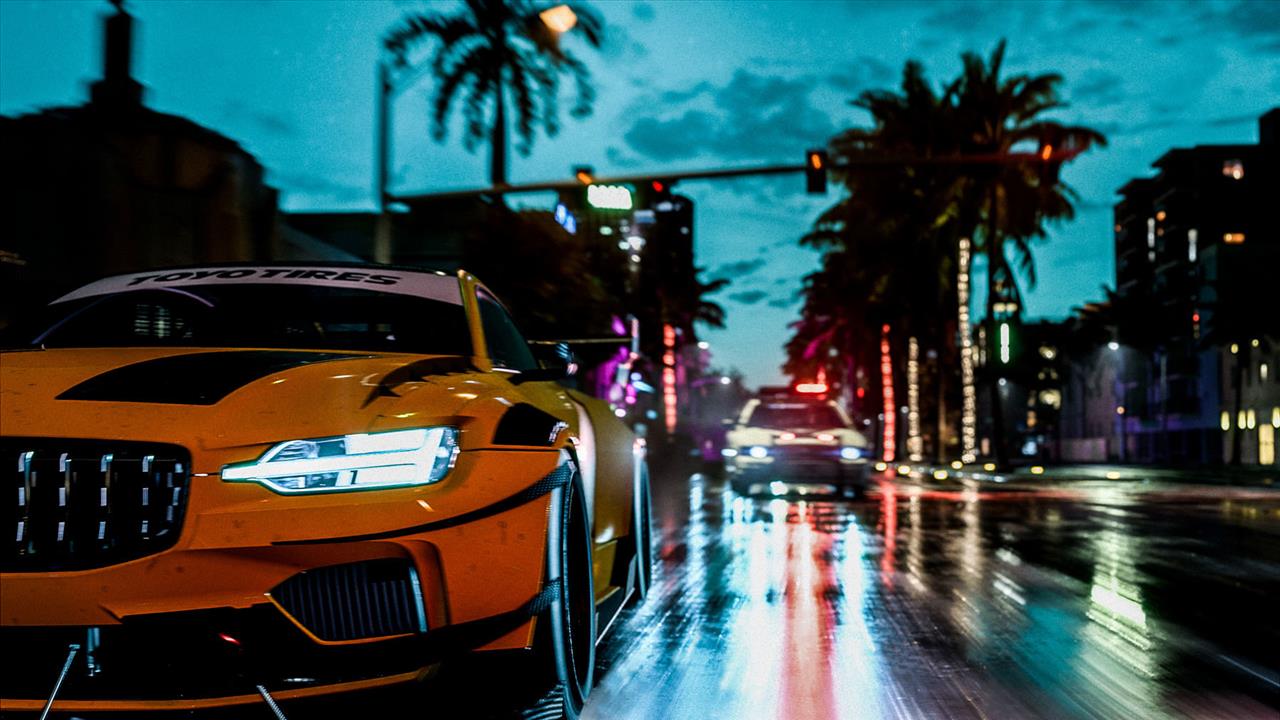 Carter Kilmann
Need For Speed: Heat – I'm not a racing buff. I haven't even played most of the Need For Speed series. But Heat did not disappoint. The reintroduction of law enforcement, the day and night dynamic, the intricate customization—it got the important stuff right. The post-campaign is lacking, so EA needs to hit a homerun with DLC to keep players engaged. But, overall, a worthwhile game even if you're not a hardcore racing gamer. 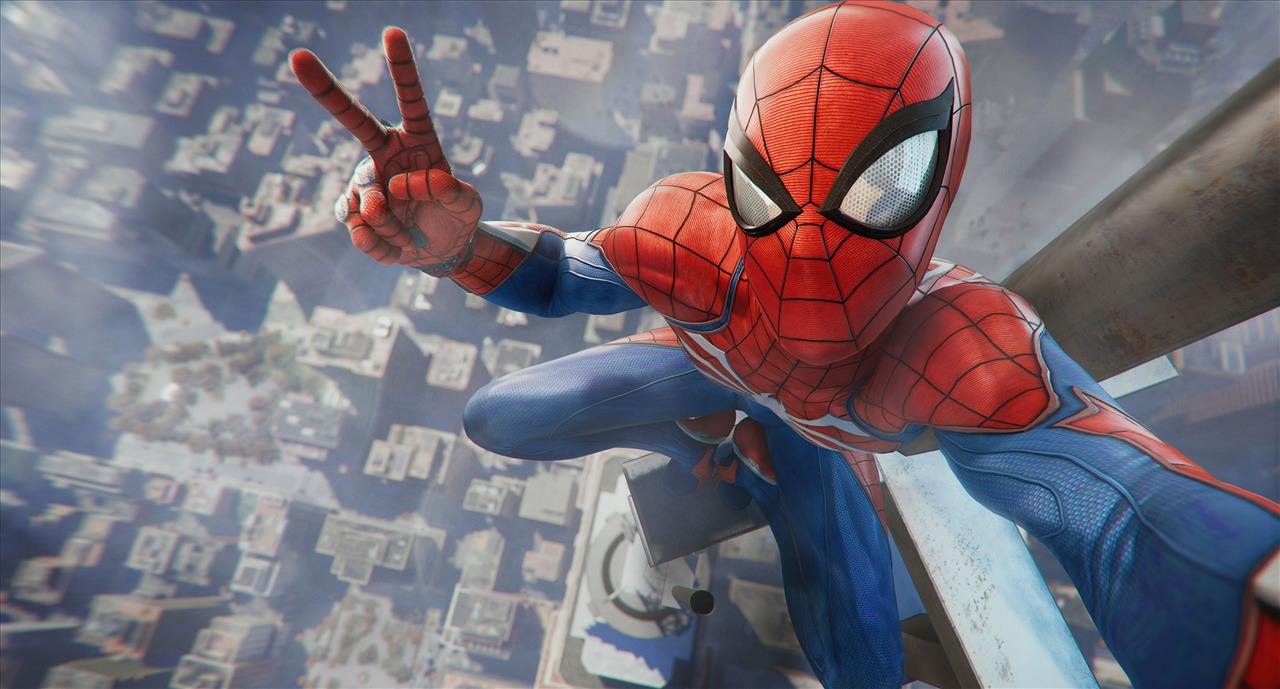 Rob Larkin
Marvel's Spider-Man – When all is said and done, this game will land in the top five of this very console generation. It's probably just outside of the triumvirate of God of War, The Witcher 3, and Horizon Zero Dawn that stand ever so slightly alone up top. But just in that 1A tier with Uncharted 4 and Destiny. It's got it all: epic visuals, a solid plot, and gameplay that makes simply traversing the city fun in its own right. It might be one of my fastest platinum trophies ever at two weeks and five days, because I just couldn't put it down once I had picked it up. And Yeah, I know it released in 2018, but I picked it up in 2019 and this is my game of the year. 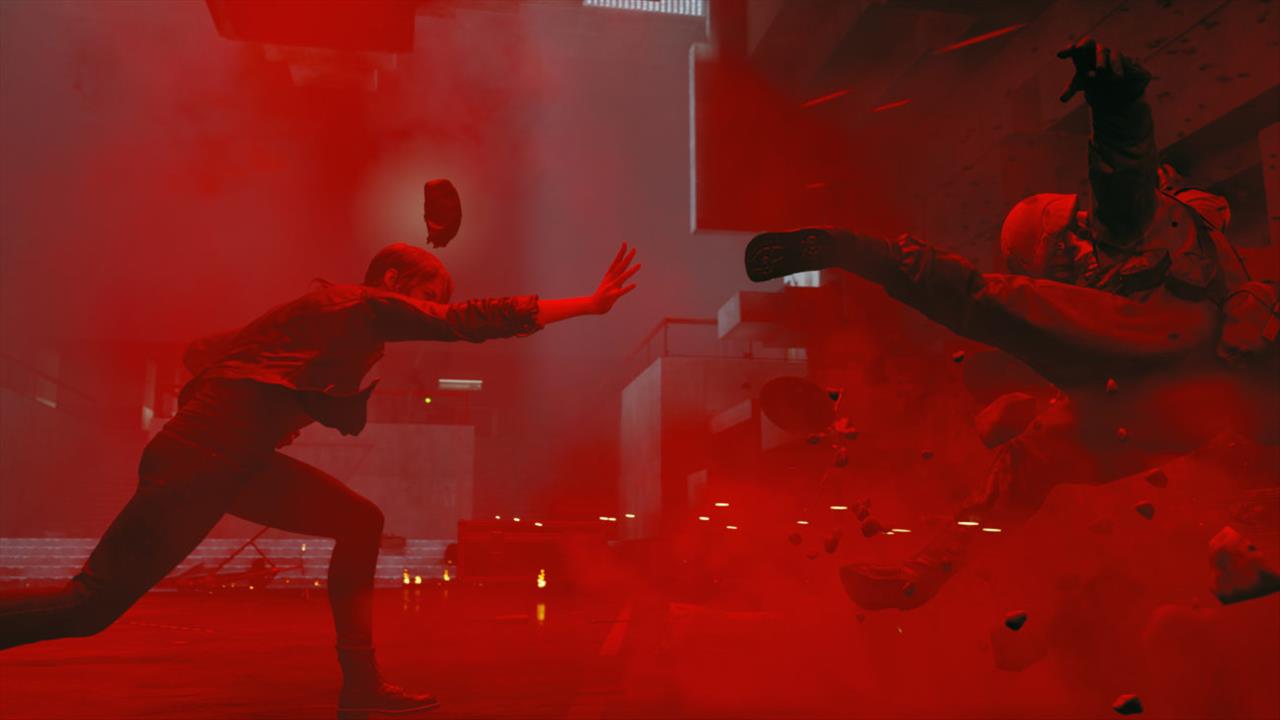 Nicholas Leon
Control – I’m happy to see a developer continue to innovate on a genre and storytelling mode that it helped create. Control is what happens when you have consistent, creative minds sticking to their oeuvre for a long time, and somehow finding a way to keep it working.

Resident Evil 2 (2019) – This game had me so scared the first time I played it. Building off the engine that made Resident Evil 7, it shows that old games can still be fresh.

Star Wars Jedi: Fallen Order – Although it was shorter than I would have liked, this game is everything else I ever wanted. The first actual, good Star Wars game in about 15 years, it gives a new meaning to the story. 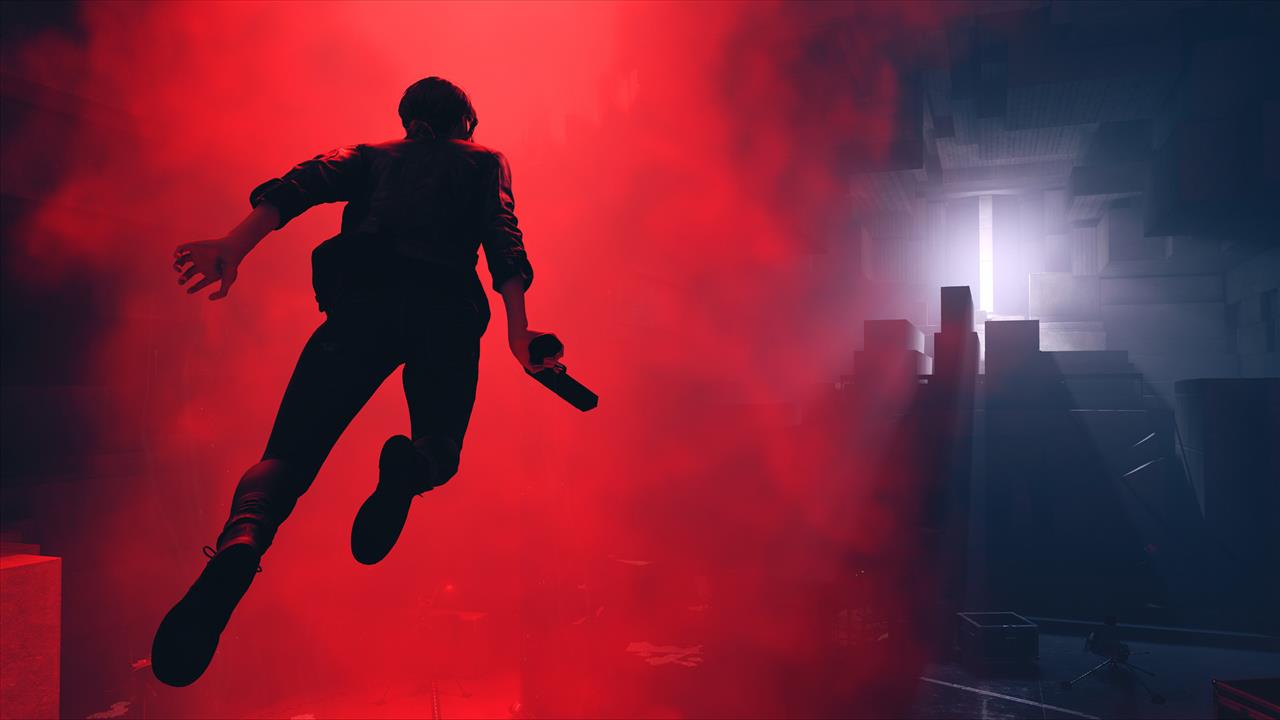 Matt Mirkovich
Control – I can't believe I almost passed on this game this year. The team at Remedy created one of the most compelling worlds in gaming within The Oldest House that plays host to Jesse Faden's adventure. Remedy has proven that they are peerless storytellers, creating a narrative that builds on their past, and sets up for a limitless future. I'm speaking in generalizations just because this is a game that everyone should go into with a fresh perspective, take the time to really explore the world to see what is has to offer (The Threshold Kids, the workplace love triangle, the different objects of power). I try to take at least one or two games to 100% completion every year, and this is one that even after I got the platinum trophy, I'm left wanting more.

Final Fantasy XIV: Shadowbringers – Final Fantasy XIV has been on a roll since the end of its last expansion, which set a pretty lofty expectation for Shadowbringers. I'm listening to Mortal Instants as I write this, and I can see that final dungeon clearly, and what it meant for the world of Final Fantasy XIV. The story, the music, the balance changes, it all keeps getting better and better, and the latest patch introduced the NieR: Automata related raid, which brought two of the most compelling game worlds Square Enix has created together for an unforgettable experience. Emet Selch did nothing wrong.

Untitled Goose Game – You're an [expletive] goose. What more needs to be said? There's nothing more satisfying than ruining a town's peaceful day as a goose with nothing to lose.