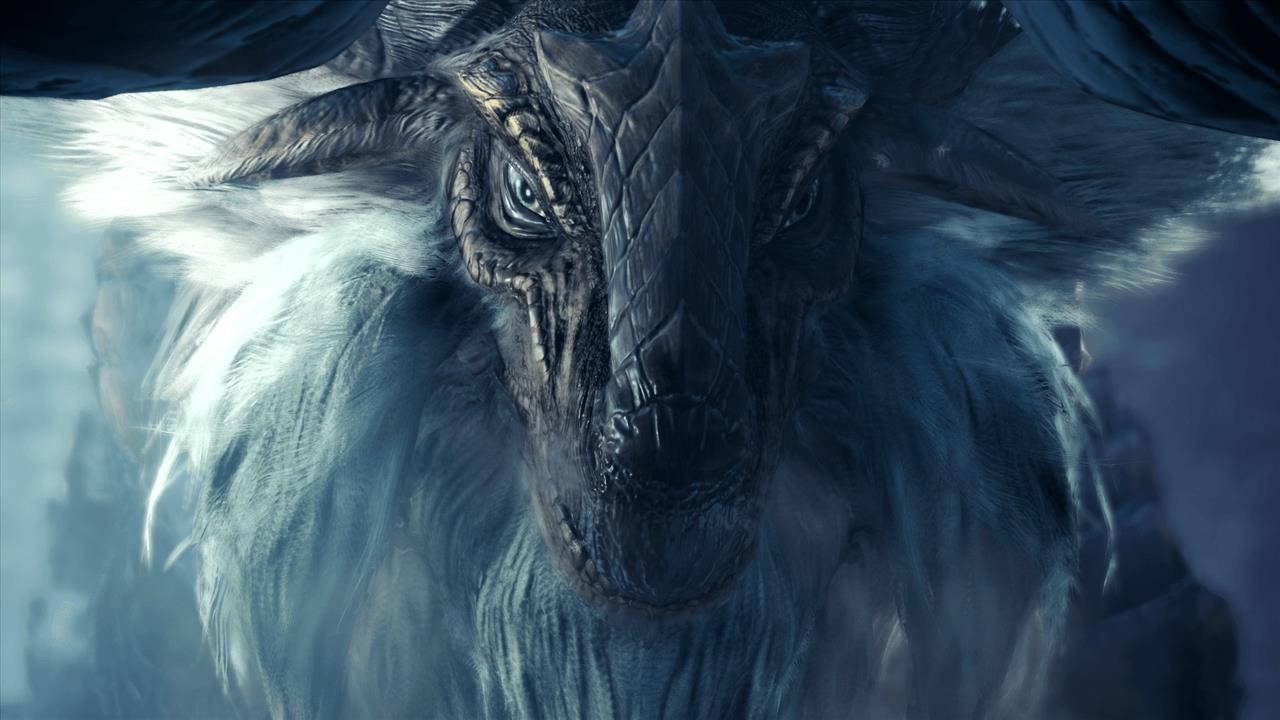 Written by Zachary Atwood on 1/29/2020 for PC
More On: Monster Hunter World: Iceborne

Now, I don't have an extensive history with Monster Hunter. Like many other players, the franchise didn't end up on my radar until the release of Monster Hunter: World. Despite that, I was wholly impressed with the newest entry in the series. After a steady stream of hours on both the Xbox and the PC versions, the game went back on the (virtual) shelf, eagerly awaiting some DLC so I could start it back up again. In September 2019, I got my wish, with the first major DLC release for Monster Hunter World: Iceborne.

Unfortunately, the main title's staggered release between console and PC continued with Iceborne, withholding the PC release until January 2020. Given the visual differences between the console and PC version, as well as the much-improved load times, I opted to wait for the PC version of Iceborne to dive back in. 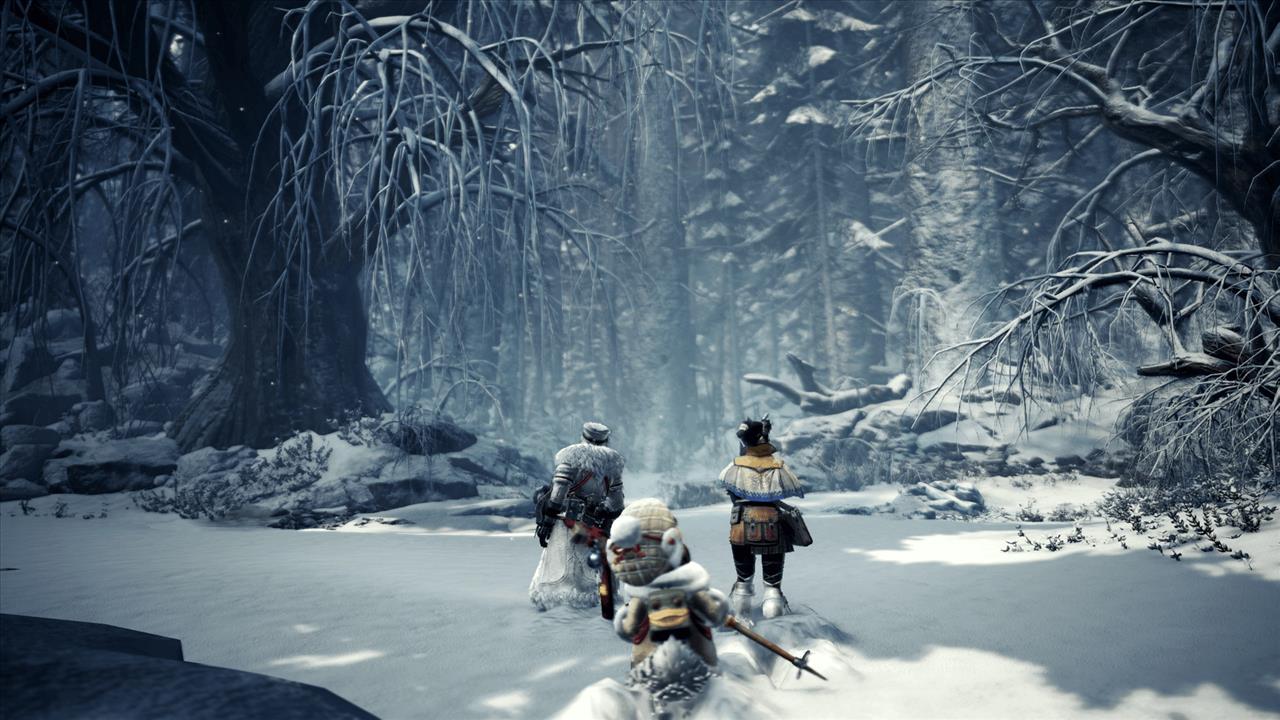 Given that Iceborne picks up at the end of the main story, one of the most important things to consider is the sheer amount of catch-up it can require to start on the new content. Luckily, in the months leading to the release, Capcom provided some handy shortcuts to alleviate some of the grind for returning players. Some easily craftable weapons and armor is available to the player, strong enough to get a new or experienced hunter through most of the quests in the game, including endgame. Once you've wrapped up the main story and hit Hunter Rank 16, the Iceborne content will be available to you.

Iceborne picks up right where the main game leaves off. The Research Commission has settled into the New World, continuing their efforts to investigate the locales and species of this new land. Amidst these efforts, a mysterious song rings across the region, drawing many monsters to flock to a new, much chillier, subcontinent. The player's hunter leads the charge into this new region, facing down all the new threats it has to offer. 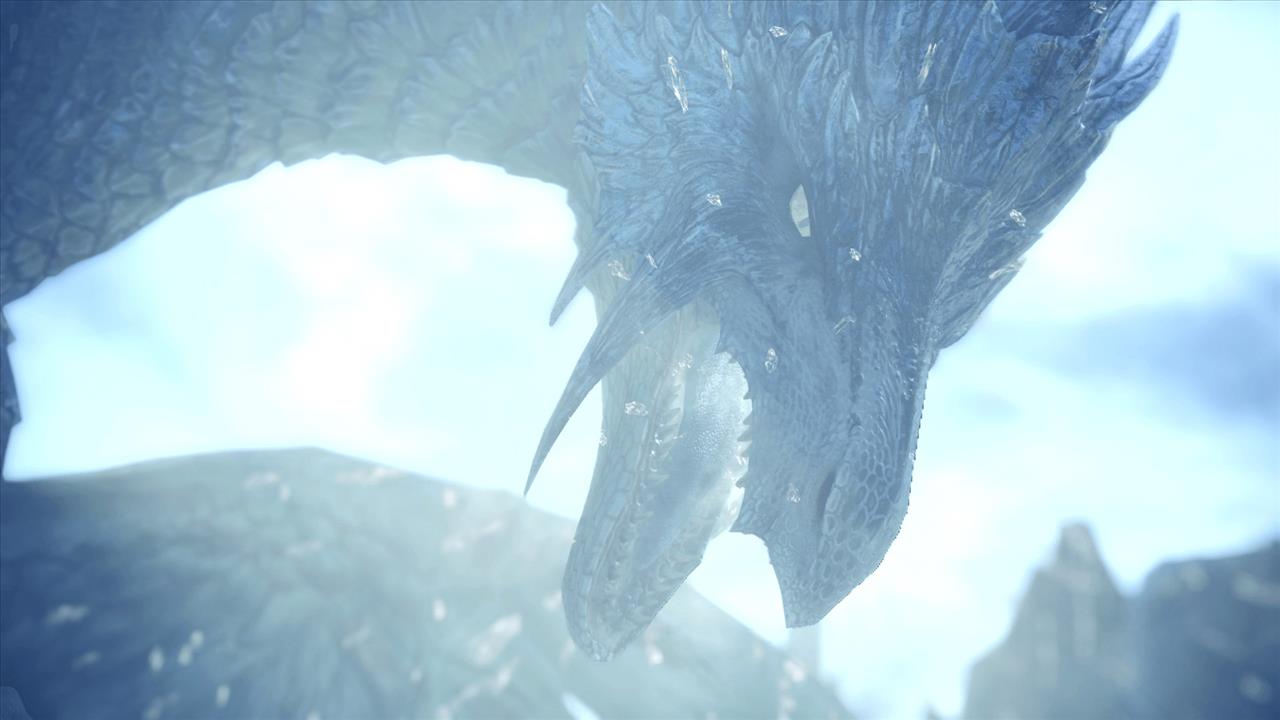 Iceborne's foundational formula isn't a new one. Instead, it builds on the tried and true mechanics that have made the franchise so successful. Returning players will find comfort in the continuation of the hunt, craft, repeat style that Monster Hunter has been known for. Iceborne brings about the creation of Master Rank, which opens up a whole new tier of weapons and armor. The story plays out linearly, but there's still an abundance of side quests and investigations to allow the player to farm up materials once they cross into Master Rank.

I have to admit, I wasn't expecting Iceborne to have as much story content as it did. I pushed through the story in a mostly straight line, only stopping a couple of times to farm up a weapon or an armor set. Even straight through, the path to endgame still took me over 15 hours to get through. It's riddled with a wide variety of monsters, both old and new. For those longstanding fans of the series, many of the monsters new to Monster Hunter: World have appeared in previous releases of the franchise. Amidst that, there are even some monsters making their first appearance in the franchise. Regardless of your level of experience with the series, Iceborne's large compendium of added monsters is sure to give you plenty of things to hunt. 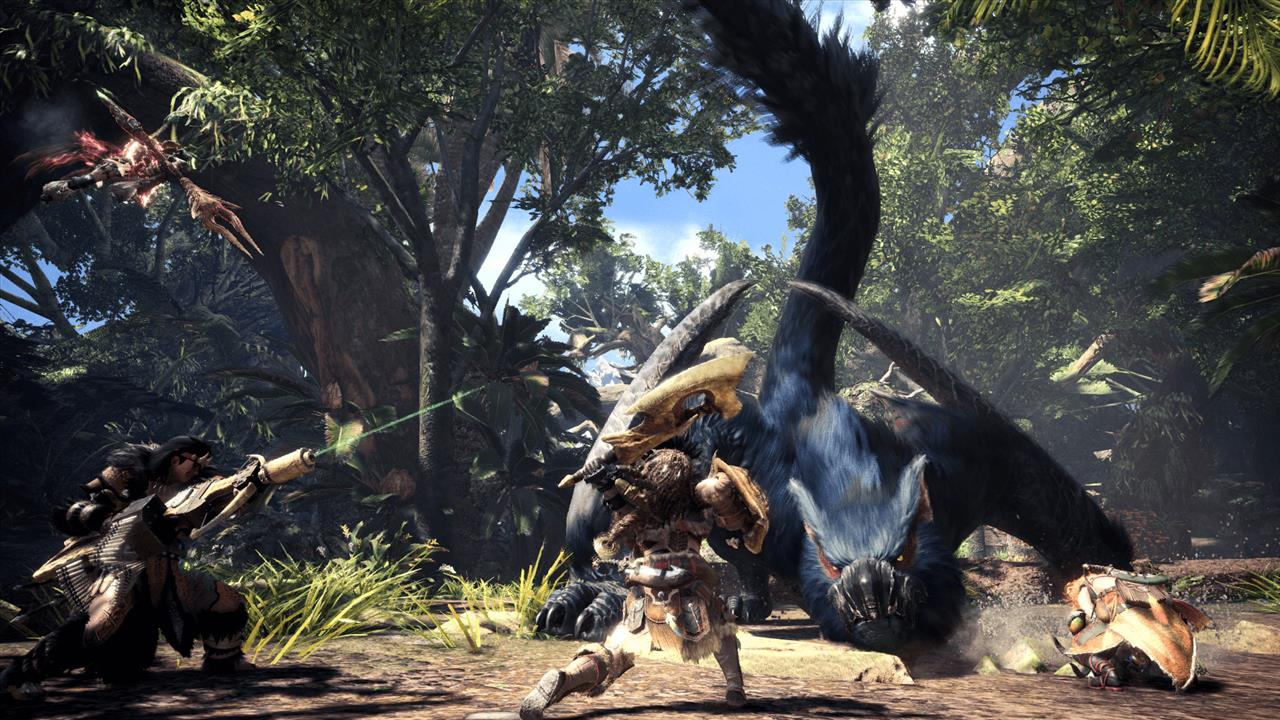 Story content aside, Iceborne also takes a deep dive into redefining the combat experience. The first change here is the clutch claw, a new piece of equipment that gives players the ability to grapple monsters and send them careening into walls. It takes a bit of getting used to, but the clutch claw is a fun and interesting tool. In some cases, I feel as though it's a little too strong because it's such a reliable way to stun monsters with so little setup. That being said, it has a lot of trade offs that require the player to be careful when using it, so there's a decent balancing act at play. Regardless, it's a tool that's new to Iceborne that feels like an essential part of the hunter's tool belt, which is much better than it being useless.

Paired with the release of the clutch claw, every one of Monster Hunter's 14 weapons has new combos that widen their corresponding move set. I spent most of my time in Iceborne using the dual blades and the long sword, so I'll only speak to those. The dual blades new combos allow you to do a special dodge while you have slinger ammo, as well as letting you initiate a clutch claw grapple during certain combos in demon mode. The long sword adds a new special sheath mode, which gives the player two new attacks. The first sheath attack chains a few strikes together and causes the spirit gauge to naturally fill over time. The second sheath attack unleashes a slash that does a ton of damage and easily knocks monsters off balance. If you liked how much you felt like a samurai when using a long sword before, it's even better now. 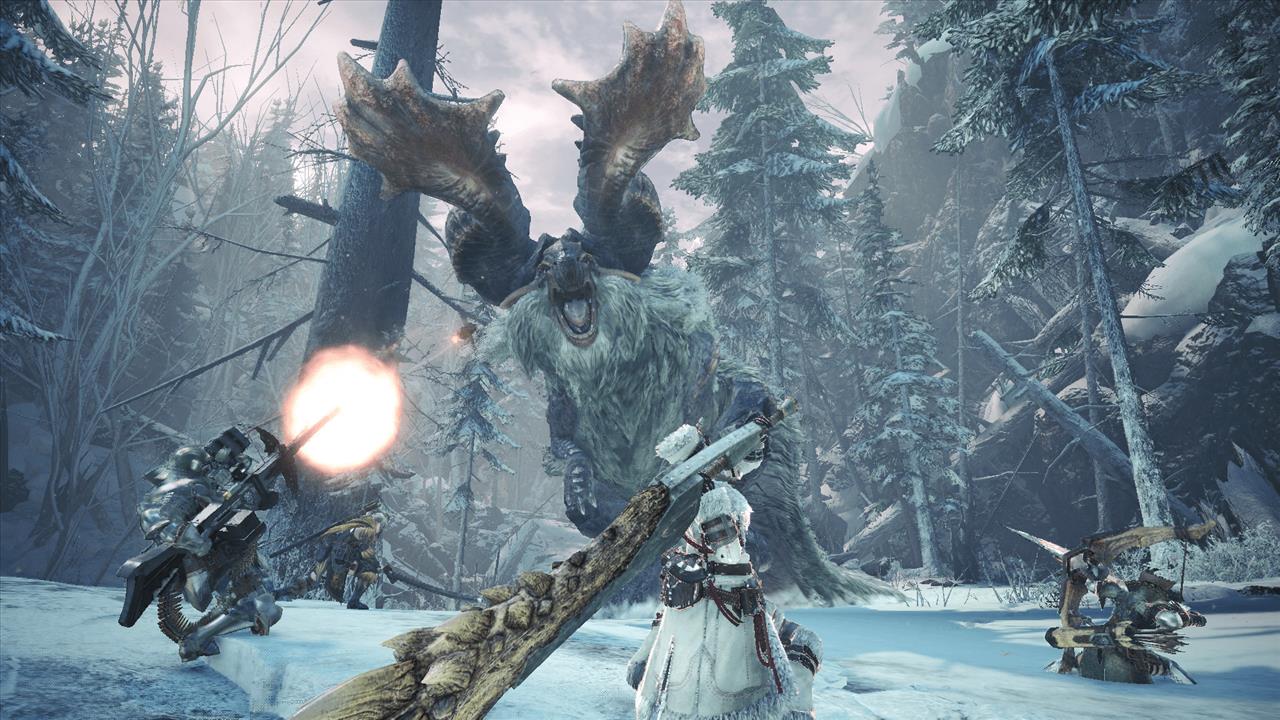 Amidst all this new stuff, Iceborne feels like it hits its stride in the challenge of the game. The story eases you in with some lightweight hunts, but after that, the difficulty ramps up a ton. The newer monsters are stronger and faster and pushed my abilities to the edge. Many of the hunts along the way I found myself frustrated by the challenge, which incentivized me to double back and craft some better weapons and armor to better deal with that specific fight. This balance is hard to maintain in games like this, and Iceborne nails this progression, creating a system that is just slightly less frustrating to lose as it is rewarding to win.

Iceborne is great, but not perfect. I still take a lot of issue with the way the game handles co-op, especially during story content. It's immensely frustrating going into quests separately just to find a monster and watch a cutscene, only to immediately drop out so we can group up to hunt it together. This issue was largely exacerbated by what seems like a systemic issue with the SOS system on PC. Multiple times, I had issues connecting to hunts through the SOS, making it nearly impossible for me to find random people to run hunts with. None of these things are deal breakers, but I would have loved to see improvements to the co-op systems from the vanilla release. 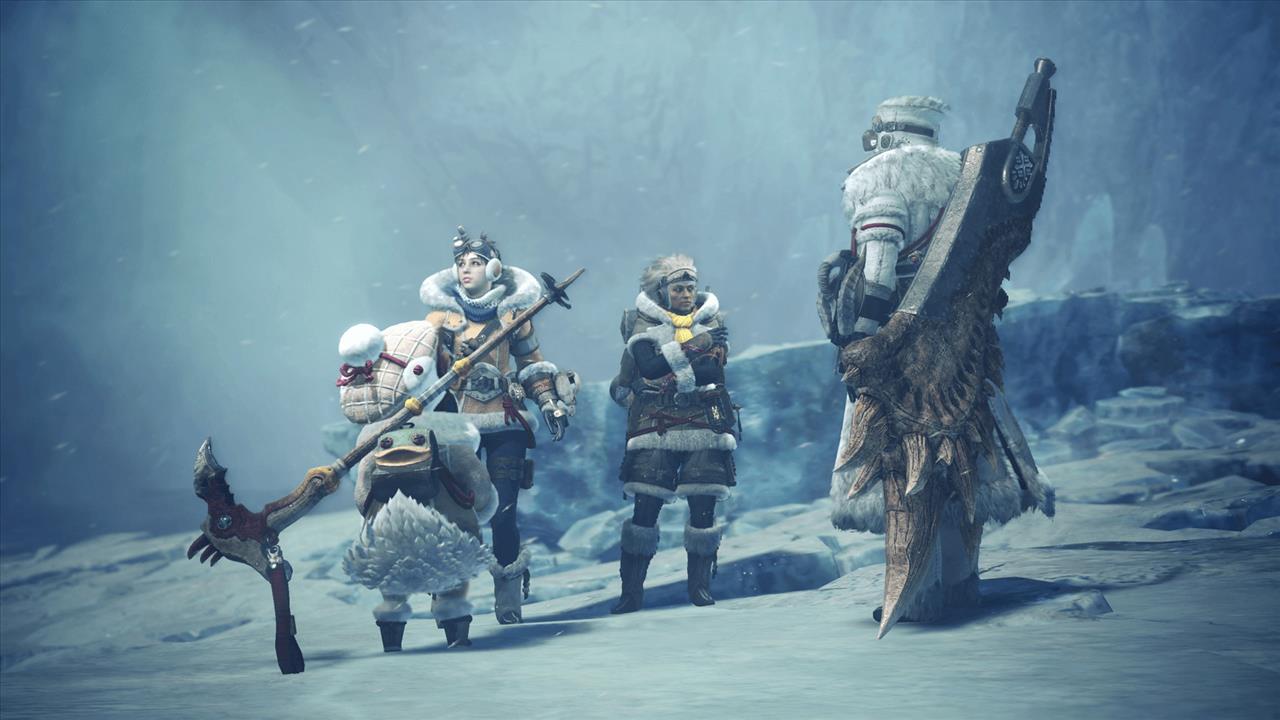 Given the fact that this is a PC review, it's prudent to look at how the game runs on PC. The short answer is: it's not great. The game runs well, but it puts an excessive amount of pressure on the CPU, running a high usage even on menus and in the hubs. Given the quality of my PC, I didn't notice any issues with frame rate, but I also didn't feel as though my frame rate was as high as it should have been. These issues will undoubtedly be improved over time, but it can be frustrating for players with less powerful builds trying to get into the DLC at launch.

As a player who tends to prefer keyboard and mouse, I was disappointed by Monster Hunter: World's terrible key binds when the PC port originally released. Since then, the key binds have been improved significantly. There are still a few weapons, particularly the ranged ones, where I had to rework the key binds to make them usable, but I didn't feel as though I had to use controller this time around.

Iceborne is a well-crafted expansion that will give returning players a ton more content to experience and a bunch of new mechanics to master. Even past the story, the end-game leaves plenty of content for the most hardcore of players to dive into. The PC version is acceptable but will need to address some of its system issues to make sure everyone can enjoy the game at the same level.

Monster Hunter: World's first major DLC makes its way to PC, bringing with it a whole host of new monsters and mechanics. I'll repeat what I said before: Iceborne is great.