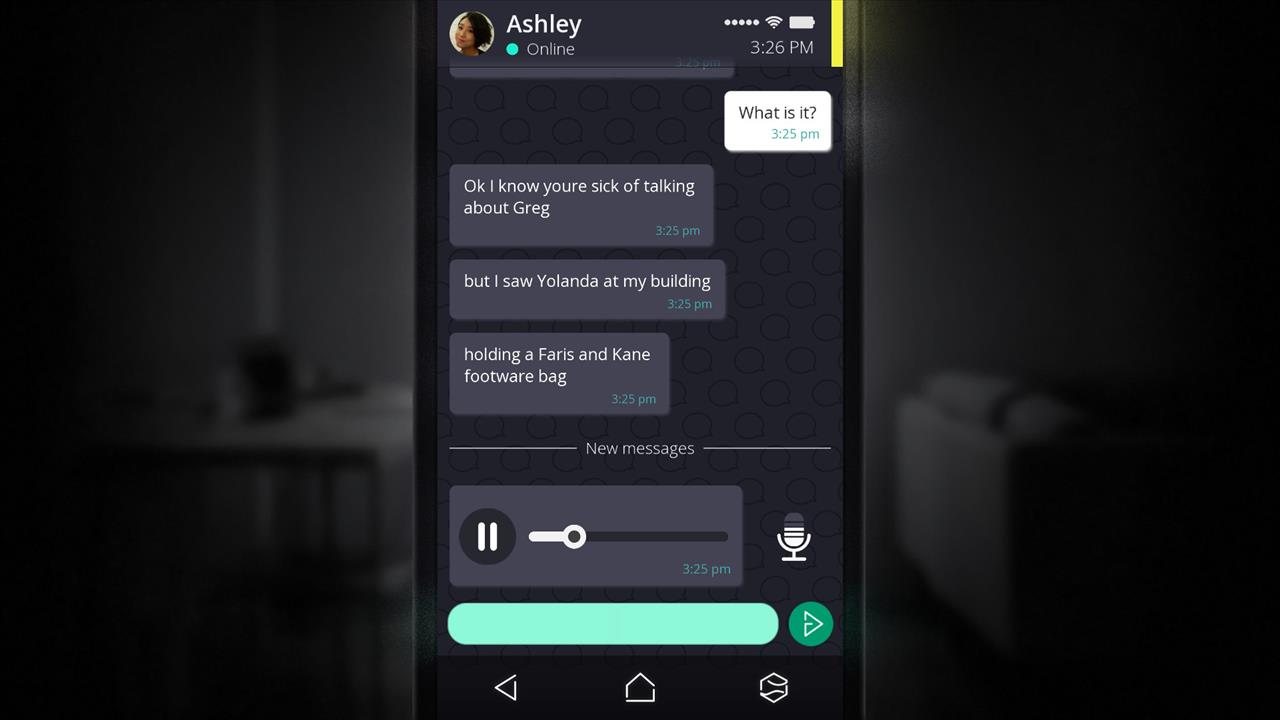 You hold Anna’s phone in your hands. You are a stranger, with no idea who Anna is. You have found Anna’s phone on your front porch with no warning or explanation. All of Anna’s emails, social media, galleries and apps are at your disposal. It is up to you to use the data trail that Anna left behind to determine where she is, who she is with, and what chain of events led to her disappearing (and her phone being left on your doorstep).

Simulacra is the console port of the 2017 mobile game, and it wears that past on its sleeve. The entire game is played through the interface of Anna’s phone. You can dig into her past, but you should not make the mistake of thinking that just because Anna is gone that the people she interacts with are aware of her absence. Like all of us, Anna’s phone has a life of its own. All of Anna’s contacts, social media and applications are still active, and the phone regularly interrupts your meditations on Anna’s fate with incoming messages, emails, and calls. Notifications pop up while you are rifling around in Anna’s love life. You can even go so far as to “swipe left” in Anna’s dating app and engage in uber-creepy conversations with some truly awful people.

As you engage with Anna’s history, various figures from her life bubble to the surface. There’s the ex-boyfriend that Anna wanted to lose, who isn’t going so quietly. The hopeful suitor from the dating application, who has an endless pool of conspiracy theories that he wants to float at inconvenient times. The workplace creeper, who can’t seem to stop making suggestive and harassing comments, merrily sending invasive emails that could get him me-too’d into oblivion. And the lively best friend, who – no matter how hard you try to imitate Anna – can’t stop making comments that you “don’t sound like yourself”.

As you interact with these people through texts, emails and the occasional voice chat or phone call, recent event in Anna’s life slowly slide into focus. Anna’s career frustrations, her romantic foibles, her fraught relationship with the domineering guilt-trip mother; every aspect of this young woman’s life is there for you to glom onto and comb through in an act of (possibly) altruistic voyeurism. 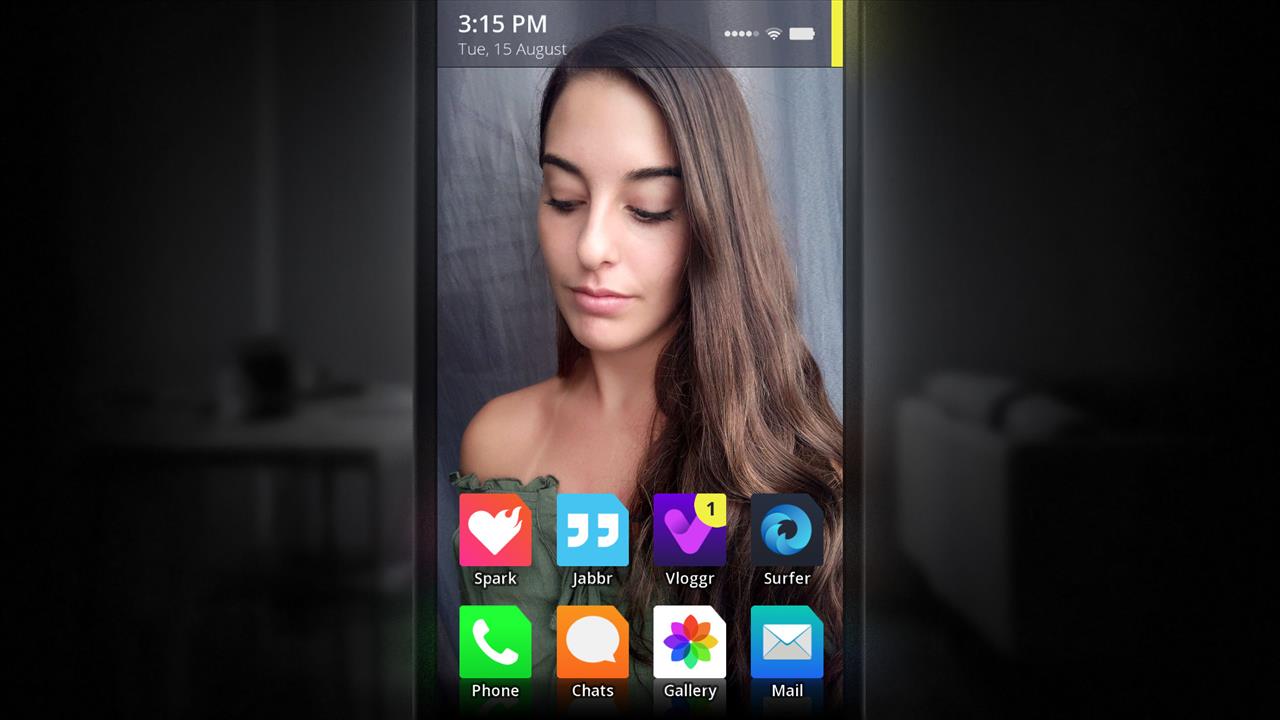 Eventually you establish your own relationships with these characters from Anna’s life. The constant push and pull of power between you and them is an undercurrent to the entire experience, as everyone tries to manipulate each other into giving up information and move the investigation forward. Who can you trust? Who is lying? Who is a convicted sexual predator? Does that mean that they are a bad person? Questions, questions, questions.

And of course, there is the creepy force that sometimes seizes control of the phone - all threats, insinuations, and dire nonsensical predictions. For a game that all takes place through the interface of a modern smart phone, there is a lot going on in Simulacra. 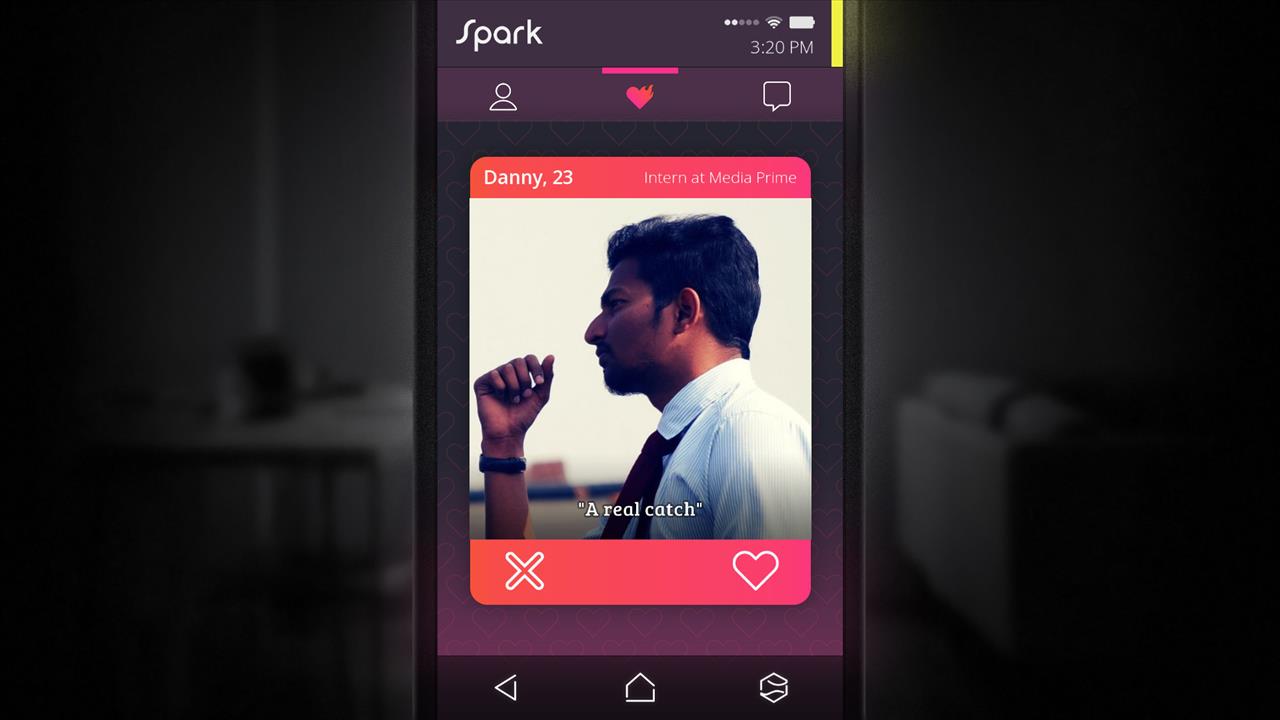 When I received Simulacra, I made a joke that I was going to make my family play the game with me over the holiday weekend. It turns out that my “joke” came true. For three nights straight, my teen sons, my game-hating wife, and I gathered around the PlayStation to snoop through Anna’s phone and try to solve the mystery of her disappearance. Simulacra has displaced TV shows and movie nights, becoming our primary source of holiday entertainment.

With our family hive mind, we have made short work of Simulacra’s not-so-difficult puzzles. Players are often tasked with unscrambling messages and pictures, or combing through the phone’s media for passwords and other trivia. Sometimes you need a date, sometimes you need a location. Sometimes you simply need to know what you are talking about when you are trying to imitate Anna. The answers to these questions are always available, if only you can remember where you saw them. 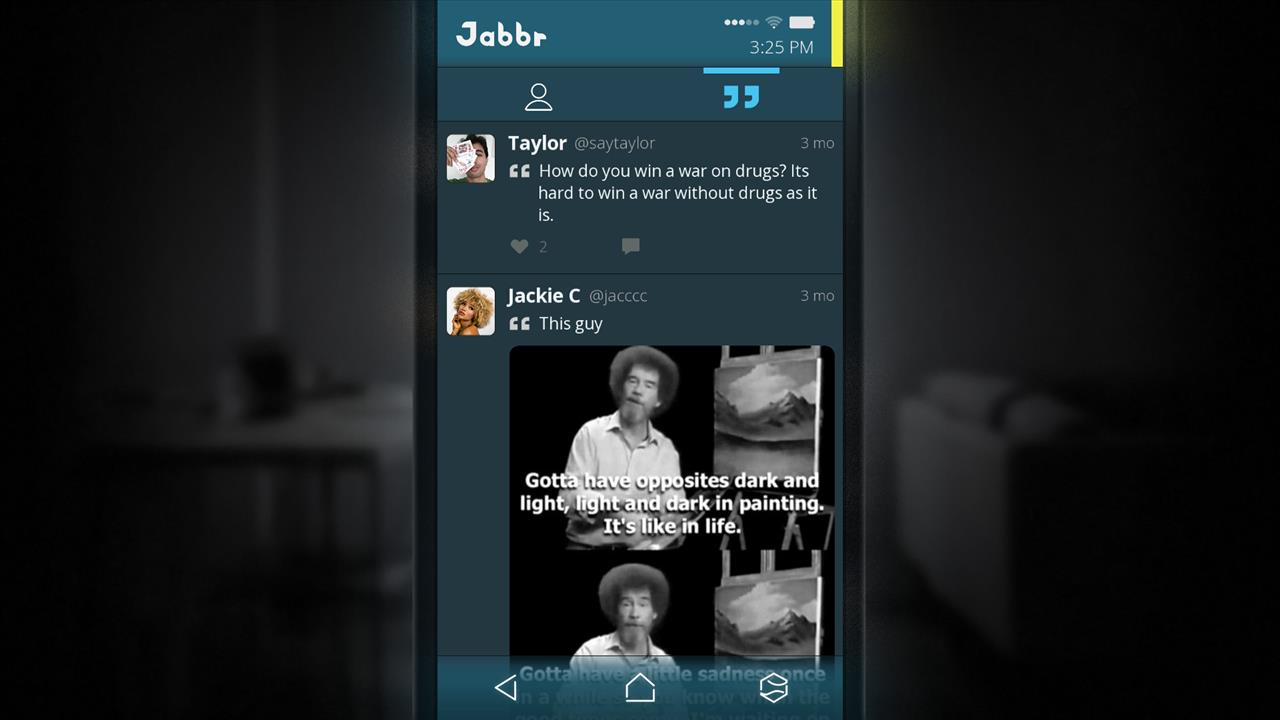 The phone interface itself is surprisingly accurate. While you won’t be delving into the settings and changing notifications, there is enough content on this simplified smart phone to keep you entertained for a while.

Each application is clearly representing another real-world app. You will recognize Instagram, for example, in Jabbr – Simulacra’s social media feed. And the posts on this simulated application are surprisingly realistic. 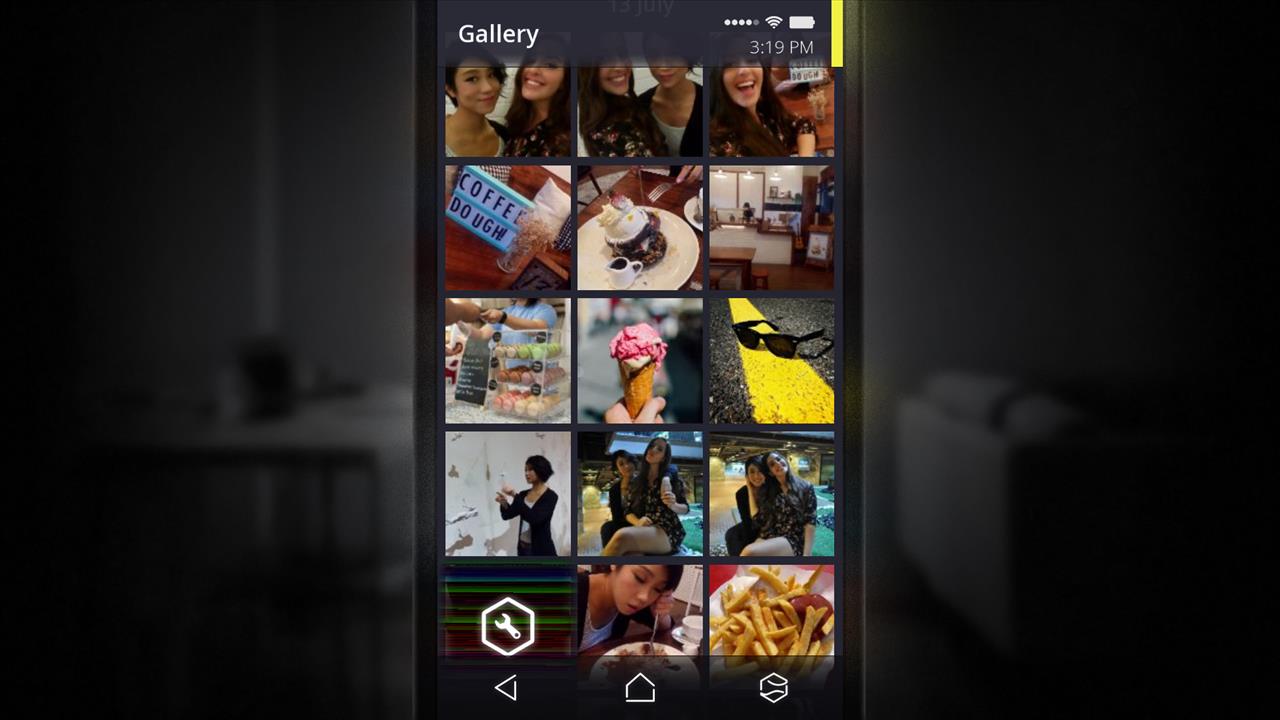 Not so realistic is the acting that you find in Simulacra. While the actress portraying Anna is decent, the other performers are rough enough to throw you right out of the game. The actress portraying Ashley the best friend, for example, is clearly not a native English speaker – leading to some really strange and stilted line readings. For that matter, most of the cast and writers seem to be engaging in their very best imitations of American millennial-speak, with mixed results. While the language is sometimes a little garbled, it plays far better in text form than in spoken dialogue. These moments of strangeness, however, did provide a lot of laughs for the family as we taunted and mocked the characters for their weirdness.

Console players will also be frustrated by the game’s clunky control system. Simulacra was clearly designed to be played on a phone with players simply tapping what they want right on the touchscreen. While the controls on the port are passible, I never did get completely comfortable with them. Square peg in a round hole, I suppose. 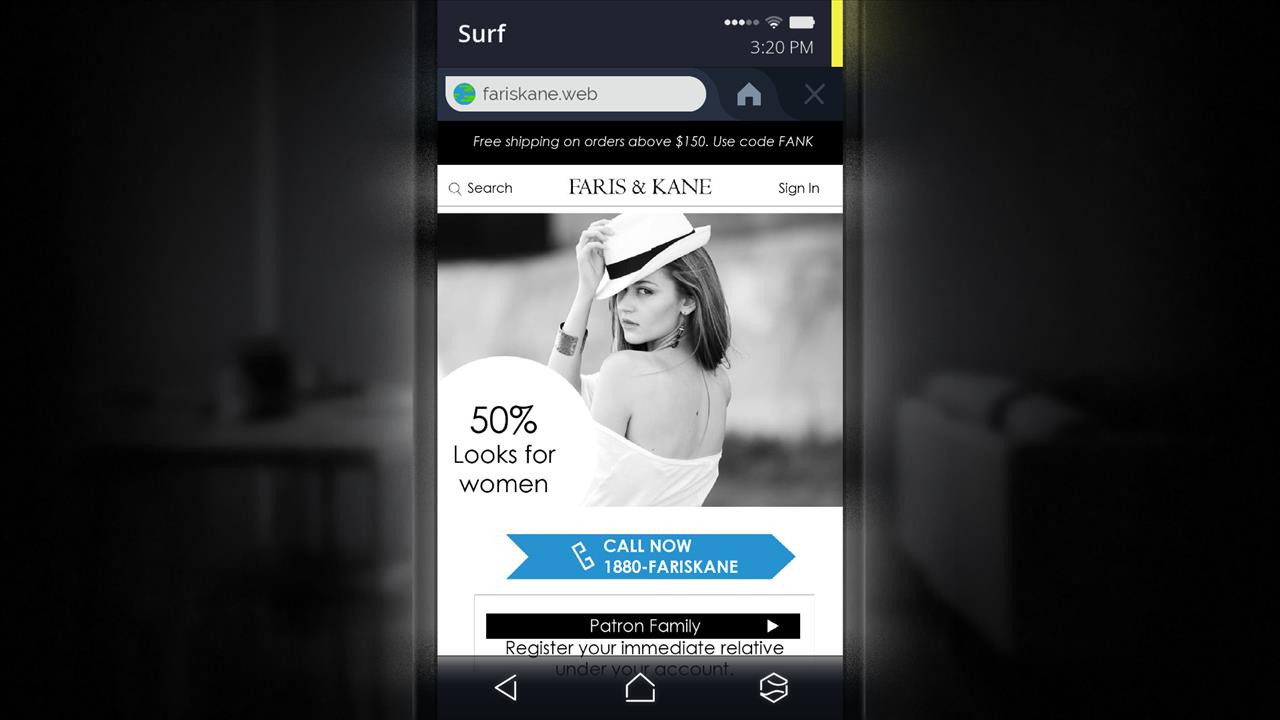 But for the most part, players will likely be entertained by Simulacra’s strange mix of puzzle-solving and narrative adventure gameplay – all filtered through something that is closer to reality than is comfortable.

This is a game that is remarkably entertaining and unique, and I was surprised by how well the game played in a group setting. I’m not certain that I’ll be able to convince the entire family to replay Simulacra to see more of the game’s five endings, but I do think that I will be dipping back into Simulacra in the near future. And when I do, I expect that I will be texting the rest of the family with updates on my search for Anna. We’re all invested, and they will surely want to hear what that dillweed Greg is up to this time around.

Simulacra is surprisingly engaging for a game that takes place completely on the screen of a found smart phone. With well-drawn characters, a gripping story, and one foot planted firmly in the real world, the suspense of Simulacra entertains quite well. Never truly chilling, Simulacra is nonetheless a unique suspense mystery that is well worth a look.