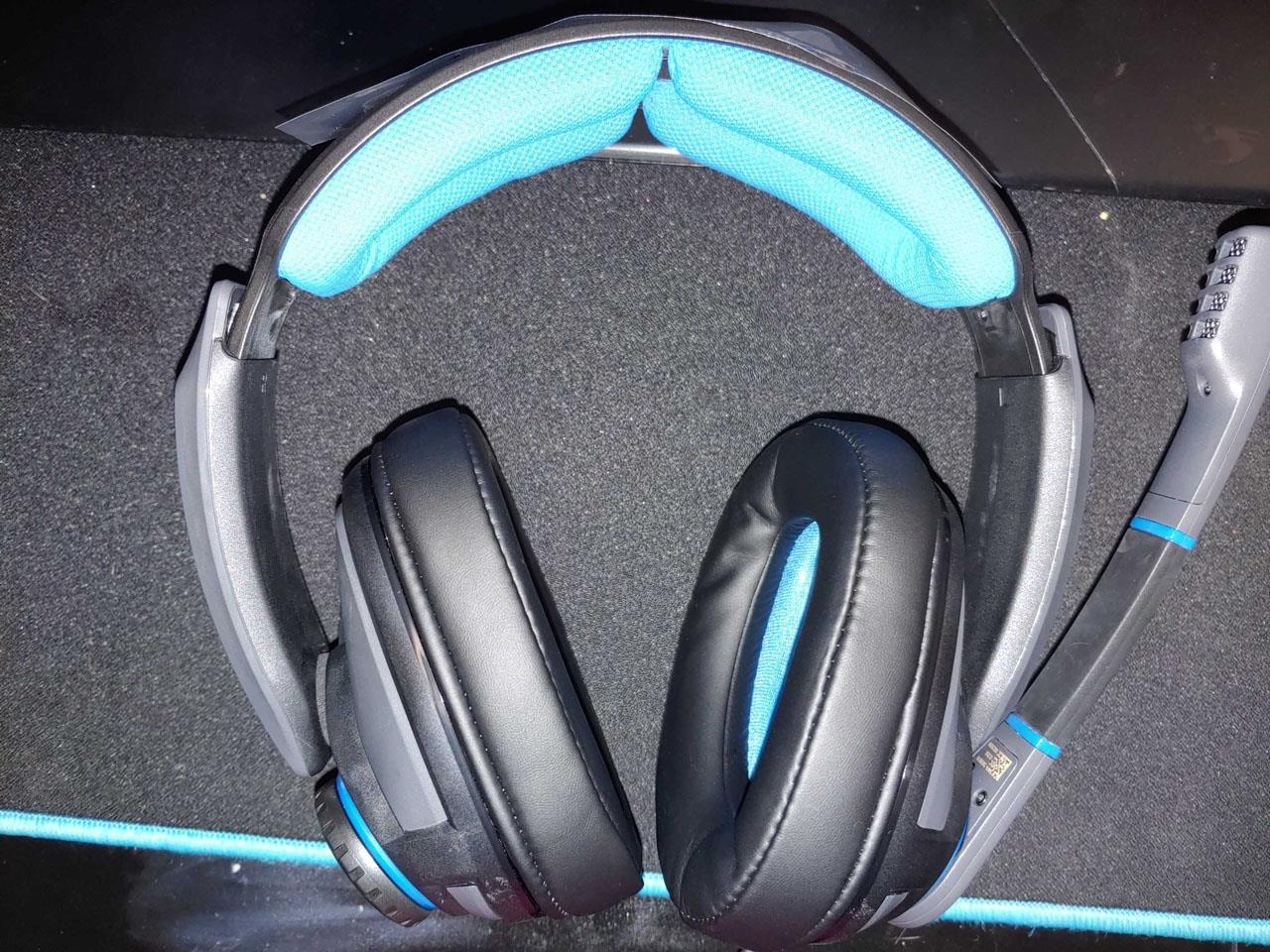 Audiophiles rejoice! Sennheiser, one of the most recognizable brands in the world of audio, is back in the gaming industry in a big way. Several years ago, I did reviews on the company’s first real dive into the world of gaming with their Game Zero and Game One headsets. Both are great quality, comfortable and reliable. After that, Sennheiser seemed to disappear for awhile. Their primary focus will always be their main headsets, and that’s to be expected, but after a strong showing it was odd of them to not immediately breakout with regular units. Thankfully, that has changed. In the first of three product reviews from the German-based company, we take a look at the Sennheiser GSP 300 Gaming Headset.

Show me the specs!

Specs you say? Ask and you shall receive:

Overall, this is a solid headset offering for under $100. The frequency response on both the microphone and headphones are more than acceptable with a great range. The noise cancelling microphone might be my favorite part of the headset, especially when utilizing it for PC.

A comfortable design, but not without some minor flaws.

The overall design is a good one as the earpieces are a leather-like design. I prefer that over the velvet or cloth types since I know my ears are probably going to sweat a little bit in long sessions and wiping off leather is easier to clean up instead of it seeping into the velvet.

The headband is fine as well as the cups hug my head enough where the headband can just rest on top without feeling like my head is in a vice. I will warn gamers of this, though: The adjustment is quite loose and I felt like I could pull off the earpiece with one decent tug when getting the sizing correct. On its largest setting, the headset is incredibly wide so even those with large heads shouldn’t have a problem getting this to fit.

A gripe I have with the design comes in the shape and depth of the earpieces. The oval design isn’t bad, but a tad narrow for my liking. Anyone with large to dumbo-sized ears are going to notice it quickly, though the awkward feeling will subside with use.

On the right earcup is a large volume dial that is as simple as anything can be to use: Grab it and turn to adjust the volume in-game. It does not get any better than that. I don’t want in-depth controls on the side of my head that I’m fumbling for. Sennheiser knows this and nails it.

The left earcup is where the microphone is. Sennheiser is utilizing the same design for almost every headset they manufacture with the large boom that is pulled down in front of the mouth or as far as below the jaw. Half way down, the clicking sound is the alert that the microphone is active or muted, depending on which way you’re moving it. There’s no guessing games there, and that’s perfect. Just understand that this microphone is non-detachable so this is not going to be a headset you’re using on the go. 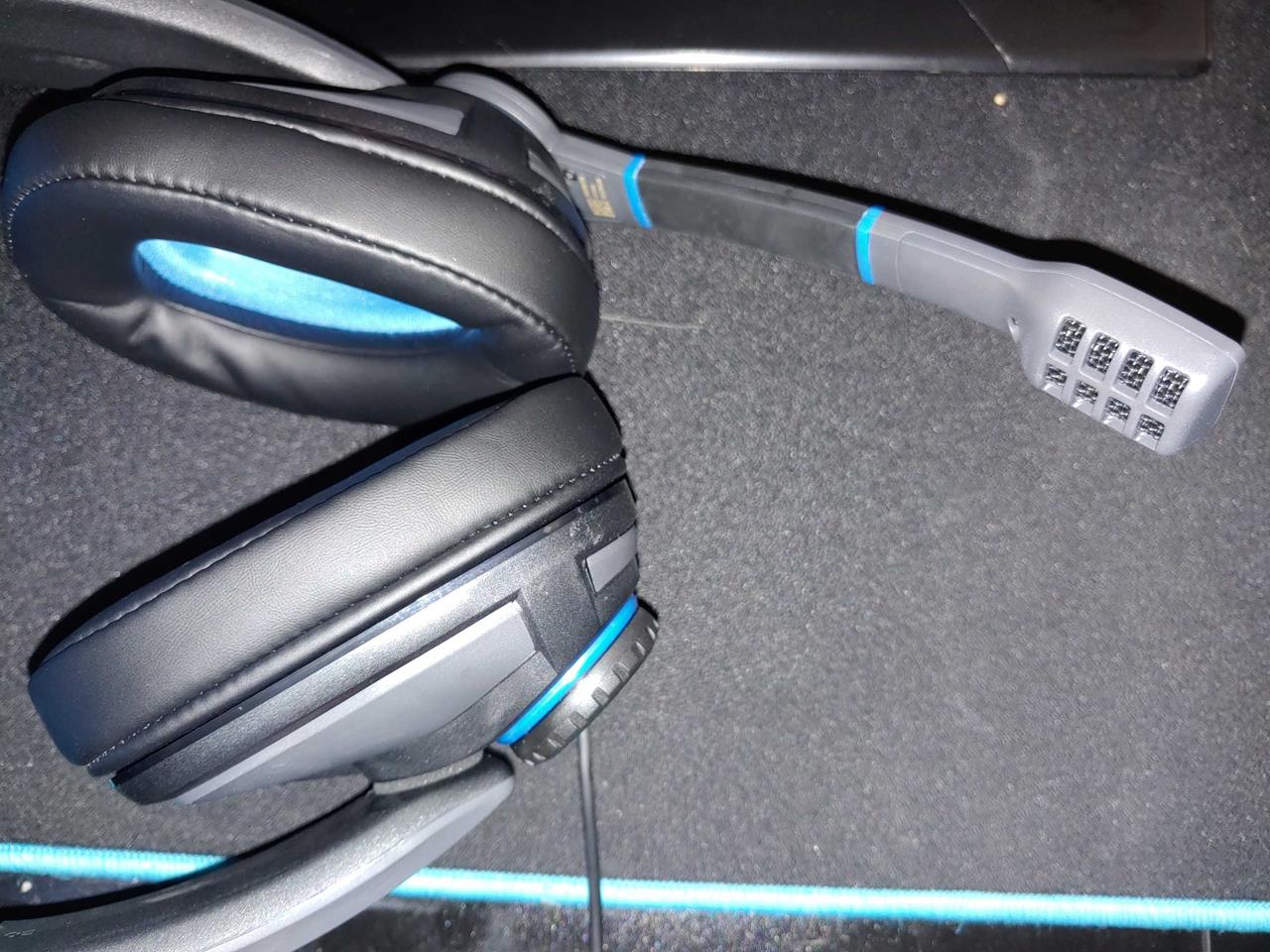 No surprises with audio quality, especially with gaming.

As expected, the audio on the GSP 300 is fantastic simply because of its simplicity. Whether I was playing on the PC, PS4 or Xbox One, the audio was rich and clear across the board. I think where the game shined the most was in Destiny 2 as I like running my game audio through the headset while also chatting with my party members.

The experience I had was immersive as the GSP 300 handles all ranges easily with just plugging into my controller and changing the setting in the menu. My party members confirmed what I expected with the microphone as well: The clarity was good and I could be heard easily. Maybe even a little too loud, but I’ll chalk that up to being a loud person overall.

PC testing was simple enough. An adapter comes with the GSP 300 to combine the sound and microphone connections for console but is obviously not necessary for the PC. Plugging into the front of my tower with separate connections brought the headset to life. Witcher 3, Civilization V, Rocket League, 7 Days to Die, Red Dead Redemption 2: You name it, it sounded great.

Music performance through Spotify and YouTube was as expected as well with the same results. I’m really impressed by the mid-range sounds especially. If there’s any weak spot with the GSP 300s, it’s the low frequency effect. The response on bass was not as good and crisp as the mid or high-range sounds. LFEs are still there, just not that heavy and not adjustable.

All of this sounds great, right? There is a need to set expectations on this: Do not expect a Dolby Atmos or DTS type of experience because that’s not what the 300s are meant for. I’ll explain a bit further.

Higher end gaming headsets are going to have far more customization. For example, I have utilized Roccat’s Kave 5.1 headset for quite some time on my PC. That is fully customizable due to the audio card built into the console, offering a quick access to adjust several levels like in any equalizer. Those types of headsets are going to be more expensive and usually require software to adjust those levels. The GSP 300 is meant as a plug-and-play design, but what you’re getting for the money is rich, full audio at a price that is affordable.

At a retail price currently of $79.99 (Sennheiser.com, Amazon.com), I’m hard pressed to find a headset I like more for the sound quality. Yes, there’s a lack of adjustment that you might get on headsets that push the $100 price tag, but there are a lot of gamers out there that prefer simplicity over everything else. This is a headset I can 100% recommend for console gamers, especially. PC gamers will probably want to check out my upcoming reviews of the GSP 600 and GSP 670 for a richer experience, but even then, the GSP 300s are still standing tall in overall performance and comfort.

Simple, comfortable and affordable, the GSP 300 is a great headset for console and PC gamers alike.