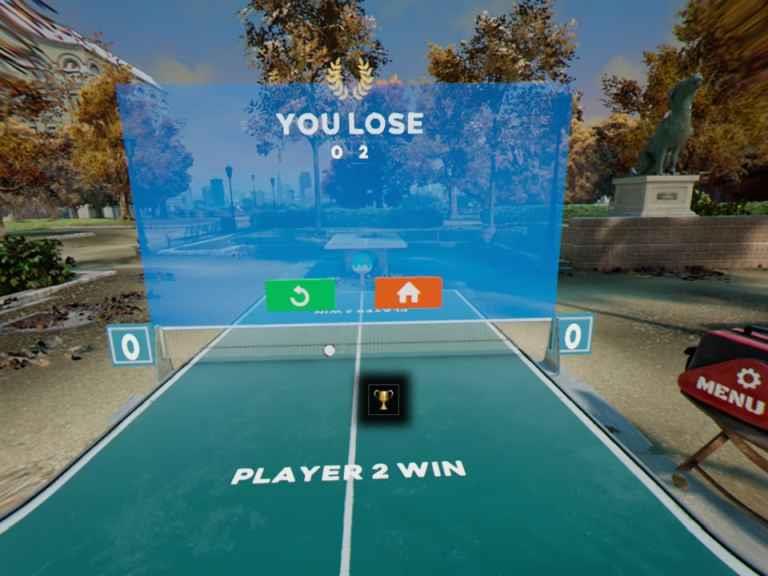 Before proceeding with this review, I think I need to get something out of the way. I am not a ping pong player. In fact, I actively avoid walking too close to the ping pong table that resides in the kitchen at my day job, lest I get caught up in the gravitational wake of challenges and cursing that always seem to surround it. When I was 17, I spent a semester in gym class becoming proficient at badminton. Those skill have now left my body, and I’ve never reengaged another “racket sport”. If you are coming to this review looking to see if VR Ping Pong Pro allows for trick shots or top spin, then I apologize. I’m just not that guy.

As such, I approached VR Ping Pong Pro from a unique standpoint. I had questions. My first question involved the functionality of the game itself. With so many PSVR games fumbling the tracking of the Move Controllers, could Ping Pong Pro keep things stable enough to actually play a game that relied on precision and timing? My second question was how the three (!) development teams that worked on Ping Pong Pro managed to keep a game that has you constantly staring at a table visually interesting.  And finally, unable to play ping pong in real life, I wondered if Ping Pong Pro could help me improve my game. 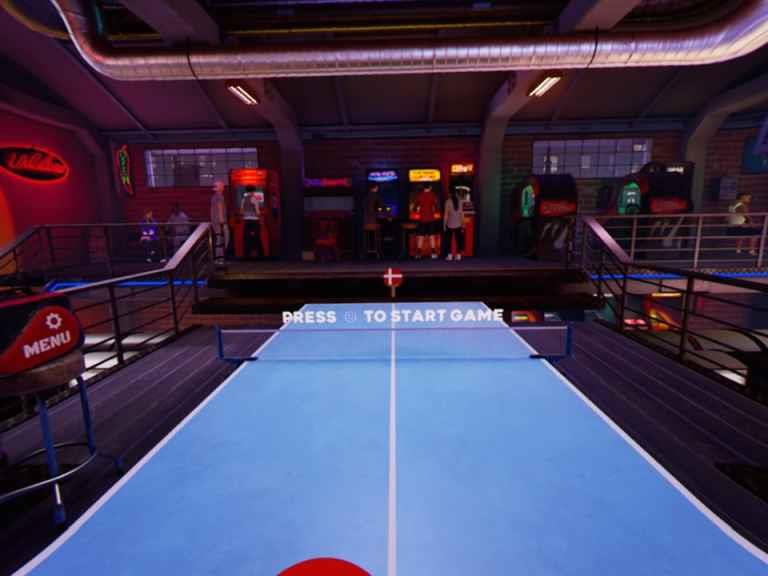 The more I played around with VR Ping Pong Pro, the more I realized that this game was constructed with great care and attention to detail. Even being a ping pong failure, there are a great many things that I can say that recommend this game.

In general, Ping Pong Pro plays about the way that you would expect it to. Serving is handled by a pull of the trigger on the Move Controller, which spawns the ball in mid-air right in front of your paddle. It took me a few (hundred) tries to get the hang of serving the ball before it bounced down on my side of the table, costing me the point. But eventually I was able to serve the ball in a semi-consistent manner. 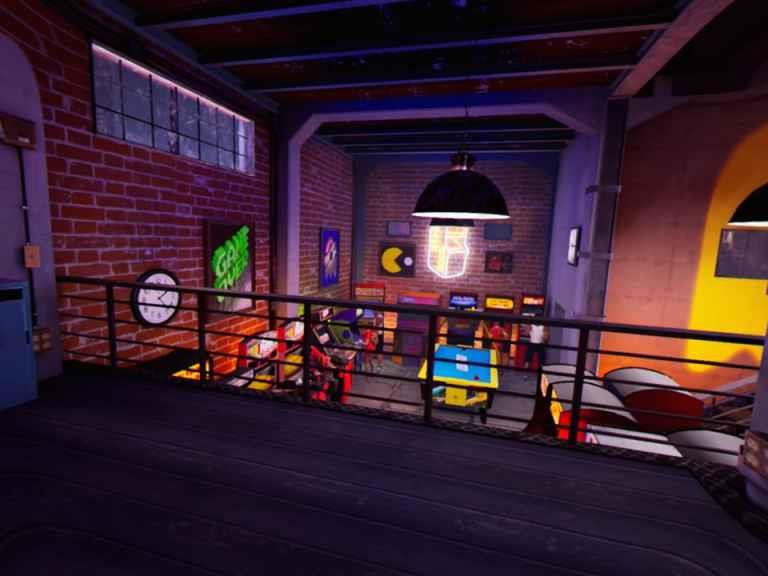 This starts a volley that generally plays out the way one would expect it to. The opponent (bodyless, and represented by a magical floating paddle) returns the ball, and in turn, I send it into space. Points are awarded to my opponent on environmental scoreboards, as well as being displayed clearly above the net. Ping pong is a game of skill, but it isn’t terribly complicated. A video game version just needs to work well – and this one does.

VR Ping Pong Pro has some of the best tracking of the Move Controllers that I’ve experienced – if not the very best. In most VR games, tracking fails occasionally, resulting in either “drift” or “flicker” (I made up those terms, but VR players know what I’m talking about). In a game that relies on players executing precision movements, the tracking better not display any of that nonsense – and it doesn’t. 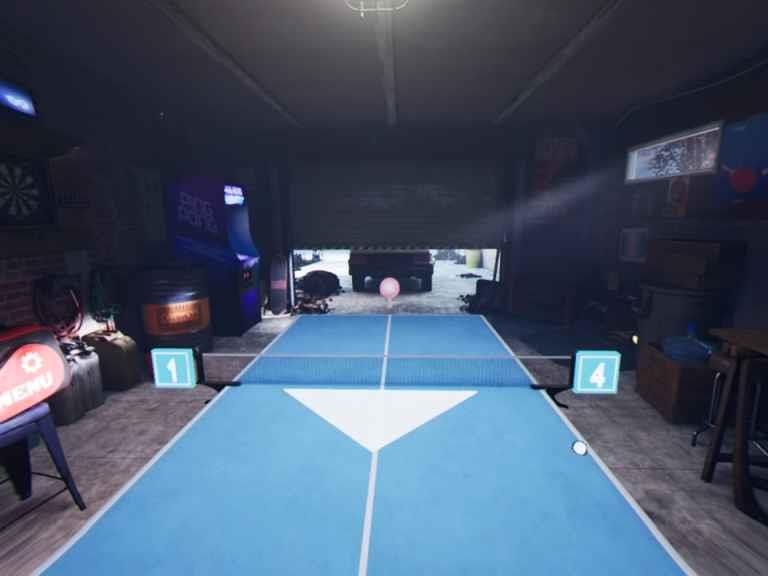 In all the hours I spent playing VR Ping Pong Pro, the only time I experienced any drift was the one time that I noticed my paddle sticking in the table a little bit. I took off my headset and saw that while playing, I had inched up over eight feet from my starting position, and was standing just inches away from my TV (and the PlayStation Camera). I was pushing the Move Controllers out of the camera’s view. Chagrined, I moved back, and the problem instantly corrected itself.

This tracking is rock solid, and it needs to be, because Ping Pong Pro gets fast on the highest difficulties. I’m not going to pretend that I had any success on those difficulty levels, but I tried them for the sake of this review. I can confidently report that my failures were 100% my fault, and not the fault of any technical issues. My overall impression of the tracking in VR Ping Pong Pro was so positive that I feel like the developers behind this should run around hosting seminars for other teams on how to accomplish the feat. They could teach the big guys a thing or two, that’s for sure. 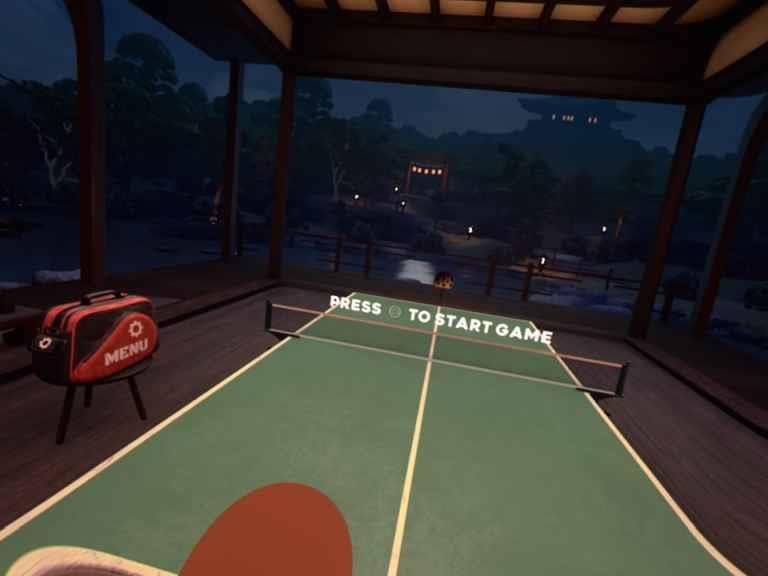 Another arena where VR Ping Pong Pro excels is in the design of the environments in which the game takes place. Ping Pong Pro understands that you can plunk down a ping pong table pretty much anywhere, and it aptly demonstrates this by wildly changing up where play takes place.

These environments are so thoughtfully designed and display such a rich attention to detail that it is hard to pinpoint my favorite. The South American city street, with spectators perched on nearby porches and roof, the sound of a televised soccer game echoing through the plaza? The finely detailed arcade, with glowing neon slathered on the walls and video games chirping in the background? Actually, I think I most enjoy the mid-western garage, which felt so much like the neighborhood I grew up in that I actually felt a pang of nostalgia – particularly when I noticed details like an old Simon game sticking out of a box on a lower shelf. 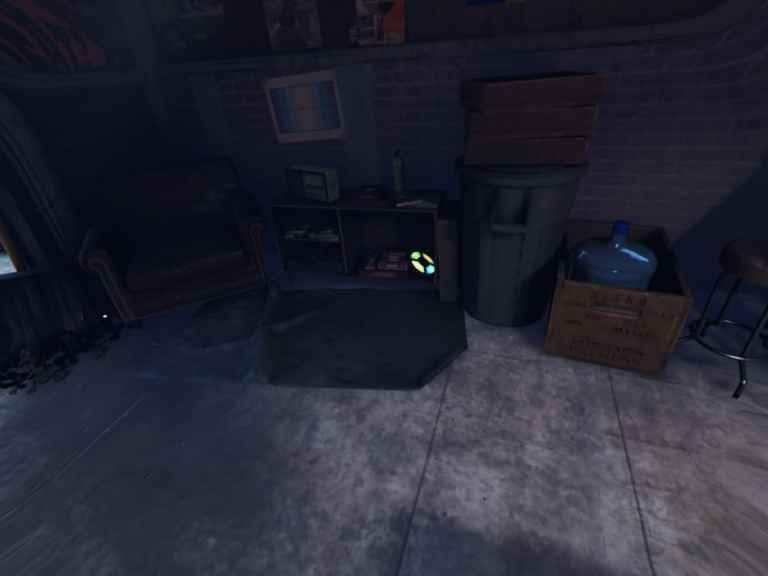 The ambient sound design is also fairly incredible, particularly when you hear someone quietly walking around the garage, going about their business (I pictured someone hanging wet laundry on a line). My point? A ping pong game doesn’t need this level of detail, but the fact that these 360-degree environments exist helps to really sell the game. If I were just playing in a featureless room, I wouldn’t have been compelled to spend nearly the amount of time with Ping Pong Pro that I did.

Somewhat less impressive were the ping pong “Arcade” challenges, some of which seemed to be abjectly broken. The challenge that asks players to knock down towers of cans with 25 balls, for example, usually starts with cans collapsing by themselves, followed by an infinite number of balls to whap at said cans – the counter never going down. But really, if you are buying Ping Pong Pro for the arcade mode, you are buying it for the wrong reason. 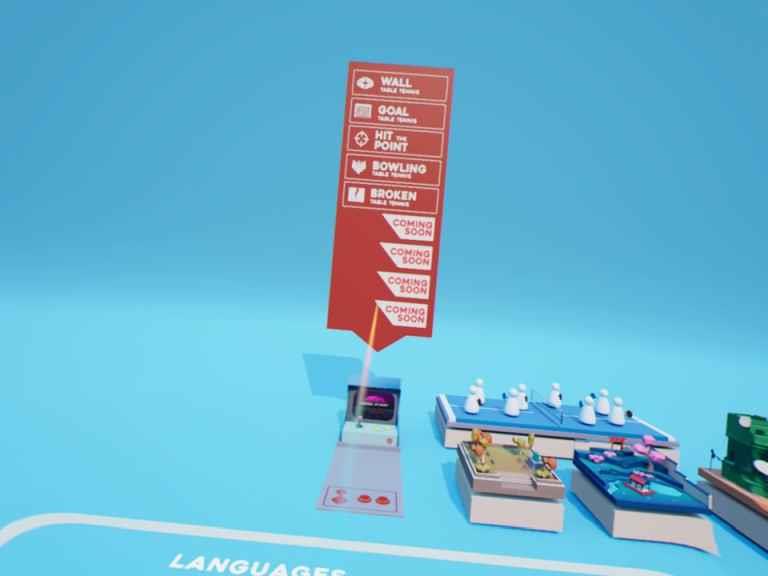 I am also unable to judge the quality of the online multiplayer. I threw myself to the wolves and queued up for online matches on several occasions but was unable to find a match. I will say that the matchmaking does seem very barebones, with no way to find friends to play with. Players are simply thrown into an arena and asked to wait for the next rando to appear. Some work in this department would probably help justify the purchase for players that want to buy a couple of copies of the game to play with each other.

So, most of my time in VR Ping Pong Pro was spent on single player matches. And did VR Ping Pong Pro help me with my ping pong game? Well, when I first started, I was getting roasted 11-0 on the lowest of five difficulty settings. By the time I finished playing for review, I was sometimes holding my own on the second lowest difficulty. But it is important to note that I was having fun. Yes, I actually enjoyed playing ping pong (but not enough to try in real life). I imagine that, like anything else, if I continued playing, I would eventually get better.

It is clear that ping pong neophytes could come into VR Ping Pong Pro, approach it like a very, very difficult and unforgiving video game, and eventually improve. The real question is how a person very skilled in ping pong would feel about the game, and I’m admittedly very unqualified to address that scenario.

But I can say that VR Ping Pong Pro does get a lot of things right in terms of being a cool video game. Ping Pong Pro may be a little rough around the edges outside of single player, but it is certainly more impressive in presentation than it needs to be. I suppose that mileage may vary depending on individuals’ experience and skill levels, but I certainly enjoyed my time with VR Ping Pong Pro.

Though it stumbles some with undeveloped multiplayer and arcade modes, the single player of VR Ping Pong Pro is enjoyable - even to a table tennis neophyte. With rock-solid controller tracking and a variety of fun and unique environments to play in, VR Ping Pong Pro is better in a lot of areas than it needs to be.