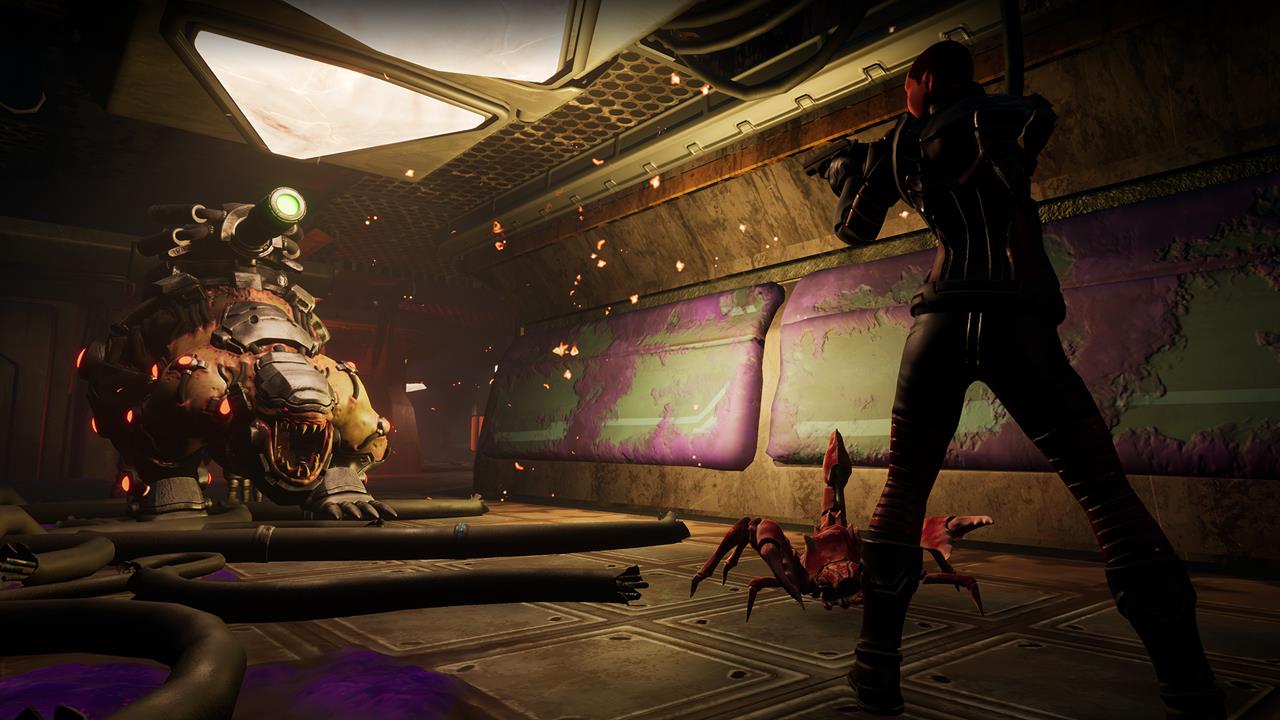 I typically do not like roguelikes all that much. I have nothing against the genre personally; it is one of the oldest and most creative ideas in computer gaming. I also don’t hold the genre’s notorious difficulty against it, as permadeath and quick, sink-or-swim decisions are integral to the design. Rather, it’s the sheer glut of roguelikes cluttering up Steam and other digital storefronts that have put me off the genre in recent years. It turns out it’s pretty easy to feed a bunch of mediocre art assets to an algorithm, order it to spit out innumerable procedurally generated levels, and call it a game. As a result there are a handful of truly exceptional and creative roguelikes out there, and a figurative ocean of lazy, tedious and repetitive ones too. This is the market Kerberos Productions has released The Pit: Infinity into.

To be fair, The Pit: Infinity has some history behind it and an established beachhead into the roguelike genre. Set in Kerberos’ surprisingly expansive, proprietary Sword of the Stars fictional universe—which encompasses several computer games and even a tabletop RPG—The Pit: Infinity is a new take on several ideas the studio has been toying with since they established their fiction in 2008. Many games in the Sword of the Stars lore focus on the titular Pit, an ancient alien facility buried in a mountain range, several floors deep, harboring tantalizing technology and treasures guarded by all manner of sadistic traps and monsters. Kerberos introduced the Pit in their 2013 top-down roguelike of the same name, Kickstarted it into a board game last year, and now they’ve brought the original concept into the 3D, first-person-perspective with The Pit: Infinity.

The result is a get-to-the-bottom, sneak n’ shoot white knuckled survival game, where your goal is to fight and improvise your way through 30 increasingly challenging floors of the infamous Pit. Like all roguelikes each floor is randomly generated, so it has a different layout every time you start a new run. The focus is also on character progression, survival and combat against increasingly overwhelming odds. The Pit: Infinity wears its lineage on its sleeve, but it is also clearly influenced by the survival horror and immersive sim genres, specifically the System Shock series.

The game starts with you choosing which class to play: engineer, marine or scout. Engineers have a lot of stat points in raw technical know-how, making them experts at hacking doors, bypassing hazards and keeping their gear in top shape, but they aren’t terribly agile, robust or skilled at fighting. Marines are all about resiliency and combat; they can take and dish out a lot of punishment and their talent with projectile weapons is unmatched, but they’re a bit slow and clueless when it comes to tech. Scouts are fast and start with a lot of points in grace and luck stats. They do a lot of damage with melee weapons and they’re good at spotting and avoiding traps, and while their base tech and weapon skills aren’t great, their sheer luckiness gives them an edge sometimes. Honestly this 3-class system reminded me a lot of the Marine, Navy and Psi-Ops branches at the beginning of System Shock 2, just without the psionic abilities, which is too bad because mind powers could have made for a pretty unique play style. 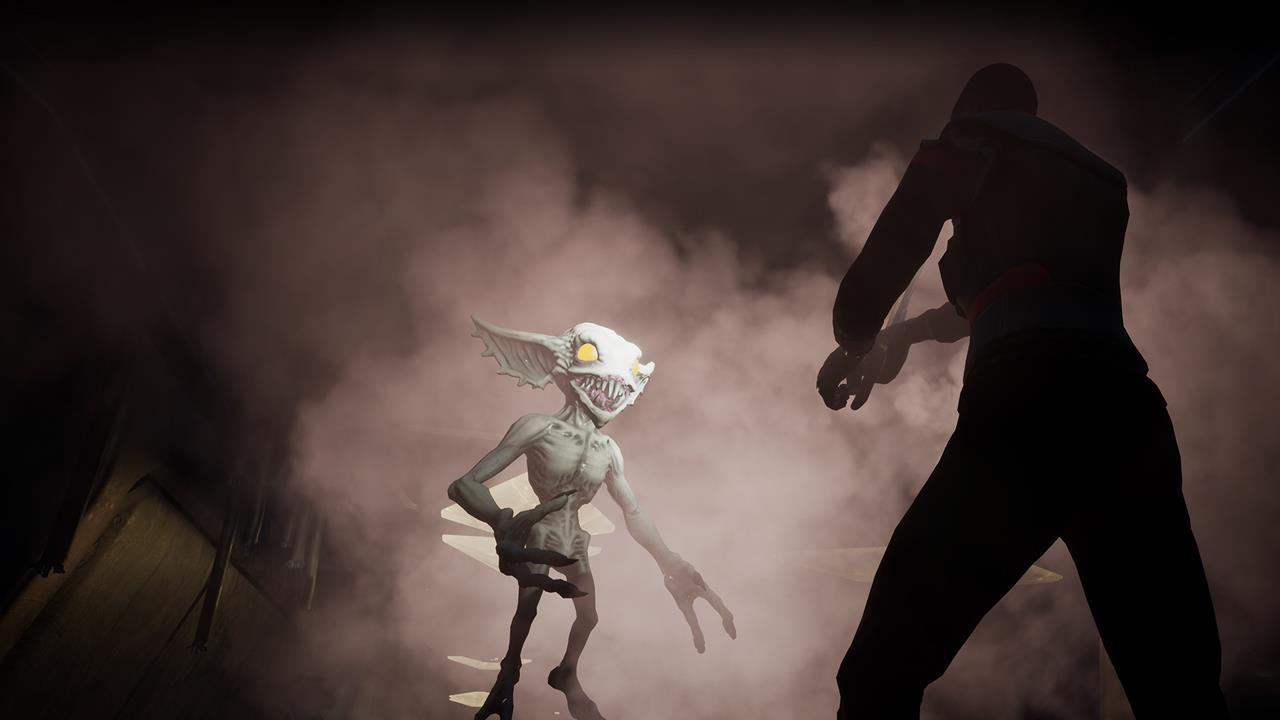 As with any roguelike, just about everything you do is stat-based. Everything, from attacking enemies to opening crates has a skill check, so your stats determine your success or failure rate at any action you take. The difficulty of an action and your skill in that area determine the odds of success, all the way up to 99%, but there’s always that slim chance you could fat-finger a jammed locker and damage it beyond repair. At first I appreciated this aspect in combat, as it made sense that a blade expert could eviscerate anything with a knife, but she might have pitiful aim with anything that fired bullets. However when I was plugging headshot after headshot it was a bit demoralizing and unrealistic that I wasn’t getting critical hits; I was, after all, landing those headshots and my aim was true, my character build just sucked. This is where the stat-based nature of a roguelike has a serious disconnect in an FPS and kind of breaks the immersion.

That said the strength of a roguelike is the sheer skill-based detail of the gameplay and The Pit: Infinity has that in spades. Everything in your inventory is limited use in some respect, from your weapon durability down to your lockpicks. This might annoy people who didn’t like this element of System Shock 2; your weapons were constantly degrading with every use, and required repair kits to keep them functioning. I kind of expected this going into The Pit: Infinity but I was a little peeved when my ultra-durable duraknife was close to breaking only 4 floors into my run. That said I appreciated that you had to hunt down an oven, fix it, and then cook your food to avoid getting poisoned. Your handful of MREs run out quickly, and to keep from starving you need to cook and consume raw ingredients and even the questionable meat hacked off of dead monsters.

The thing that really got on my nerves was the randomness of certain debuffs. Sure, if a rat is chewing on your leg or a lizard guy sticks a shiv in you, you’re going to bleed out for a while. However the “blindness” modifier just seemed like a time-wasting punishment. Certain enemies can damage your vision for a while, making it impossible to see anything, even your inventory. You basically have to wait for the effect to wear off. I would have preferred a little more nuance here, like the ability to heal this effect, or if it debuffed you in degrees, like weakening your aim or your ability to perform complex tasks. 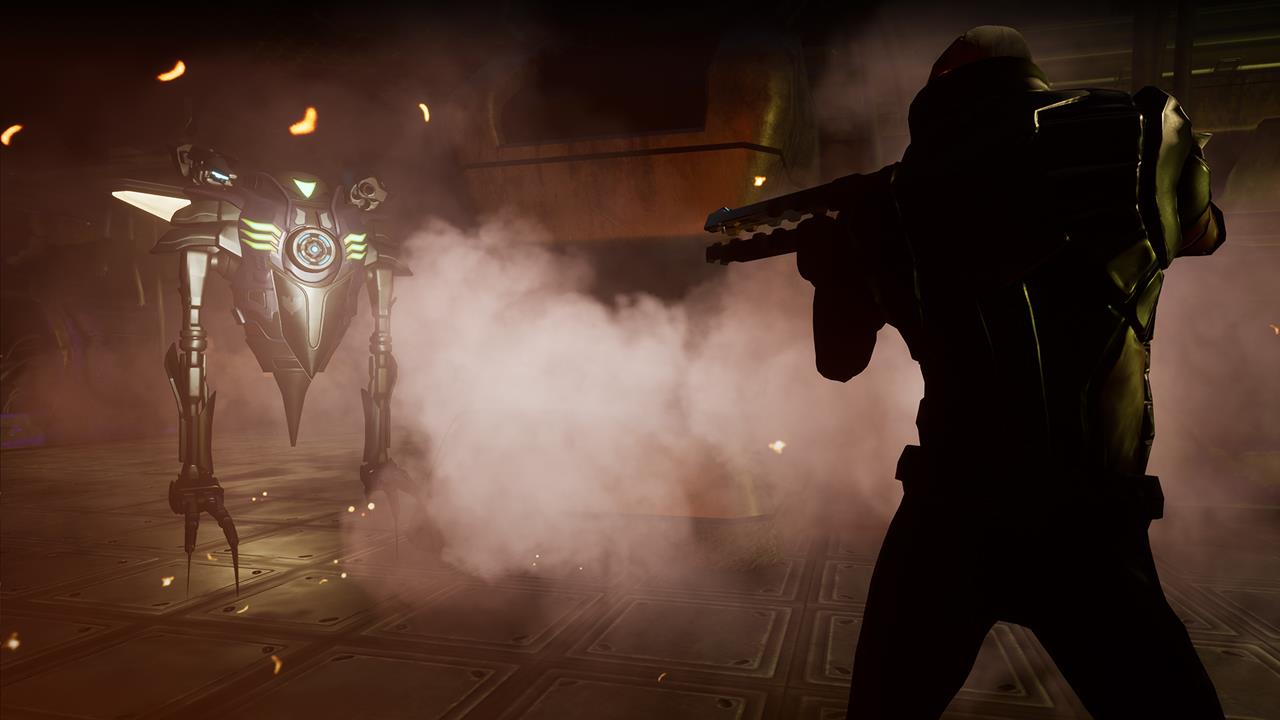 I will say that Kerberos has at least given players a healthy variety of obstacles and enemies to contend with. Robots, mutants, aliens, and creeping animals and bugs will hound you every step of the way, often swarming you without warning while you’re trying to accomplish something else. This aspect, and the ever-present threat of permadeth, really crank up the tension and had me constantly looking over my shoulder. The halls of The Pit echo with creepy animal grunts and the whirring servos of hostile machines, and as far as I can tell there’s no “clearing out the basement” in this game. Just as you get complacent, the game will spawn a leech or robot or other bad day vector to find and harass you. There’s a solid selection of things trying to kill you, which kept the suspense and combat interesting.

That said, what doesn’t offer any real variety is The Pit itself. Each floor is a procedurally-arranged maze of the same handful of corridors, rooms and traps, over and over again. 30 floors of this gets pretty tedious and I don’t know why they didn’t build a few different tile sets. It’s not like the algorithm is dealing with particularly complicated rooms and tiles; it’s all very grid-based and rote. Some science labs, nature habitats or monster hives would have really broken up the monotony. And ultimately that’s the downfall of The Pit: Infinity, the sheer grinding tedium. Even with the difficulty set to hard and the suspense of monsters nipping at my heels, I was getting bored of the same levels ad infinitum.

To be fair this game does offer cooperative play, which could go a long way toward livening up any random run. I didn’t have any friends who also owned this game, so I couldn’t test out the multiplayer. That said I’ve found even the most repetitive roguelikes can be a lot more interesting if you have a friend or three to play off of and barter resources with. But in single player, once the tension wears off and the rooms start to repeat, The Pit: Infinity loses a lot of its charm.

This is too bad, because a procedurally-generated sci-fi roguelike that distills the fear, suspense and character-building of System Shock down to its most potent essence is a pretty compelling idea. But after a year in early access, The Pit: Infinity still feels incomplete. For that reason, I hope Kerberos continue to update and work on it. With more environmental variety, some tweaks to stat buffs and debuffs, and the ability to add AI companions, The Pit: Infinity could be the sci-fi equivalent of Darkest Dungeon, which is honestly something I’ve wanted for years now.

The Pit: Infinity has a lot of good ideas and a solid sci-fi roguelike foundation, but it’s stymied by early repetition and a few odd design decisions. For $19.99 it’s not a bad deal, but I hope its developers continue to work on it as it could still be so much more.