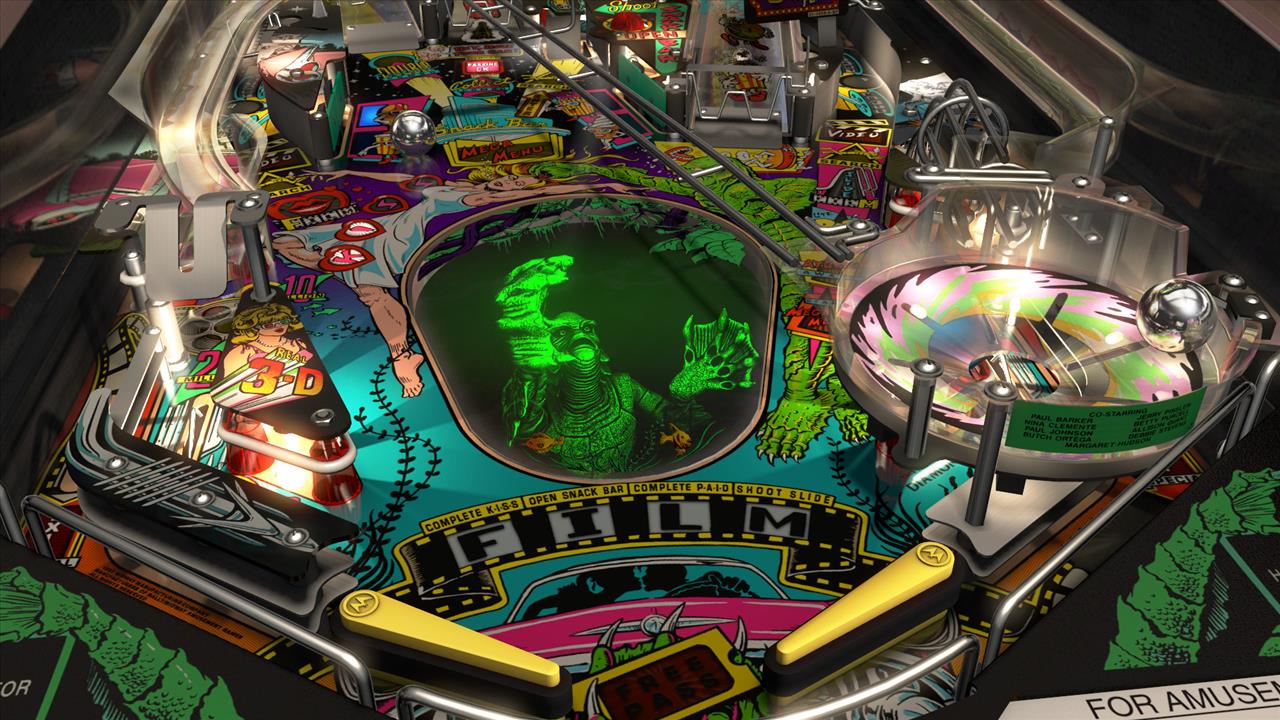 Written by Eric Hauter on 11/4/2019 for SWI
More On: Universal Monsters Pinball Pack

There is no doubt in my mind that Zen Studios’ FX3 pinball platform represents one of the best values in gaming today. Zen gives potential players a taste of sugar by offering the connective tissue of their pinball selection for free – giving players one starter table along with all of the structure built around it, stuff like leaderboards, a leveling system, and a perk system that can increase players’ scores for focusing on certain aspects of a table.

From there, players are free to buy as many tables as are available. For years, Zen focused on nabbing the biggest licensed franchises in the world (Star Wars, Marvel, South Park, Jaws) and constructing amazing fantasy pinball tables based on these properties. Players could then buy these tables for a song – usually two or three tables for ten bucks. Over time, you could build a collection that could keep you busy for years, offering replayability and depth that few video games achieve.

A few years back, Zen picked up the rights to reconstruct real-world pinball machines by two of the biggest names in the pinball – Williams and Bally. Since then, Zen has been steadily adding real pinball machines to their platform, interspersing them with the fantasy machines that players have come to love. This leads us to the lovingly recreated tables in the Universal Monsters Pinball Pack, which released last week in time for Halloween. And while these machines are fantastic works of design and engineering – players should be aware that these are not the same as Zen’s proprietary tables.

Both Monster Bash and Creature from the Black Lagoon – the two Williams tables included in the Universal Monsters Pack – are based on real-life pinball tables, and they are therefore far less forgiving than tables Zen designed from scratch. Zen isn’t responsible for the design of these tables – it was instead charged with accurately reconstructing them – leaving the quarter-gobbling difficulty of real-world pinball intact.

The Universal Monster tables both appeared in the 1990’s, and as such, there are only two flippers at the bottom of the table – no additional flippers tucked among the ramps and bumpers towards the top of the table. These flippers are incrementally further apart than those on Zen’s fantasy tables. This means that while you might be accustomed to saving a speeding ball that is headed down the center of the table, on these tables you will likely be gripping your controller in fury as the ball just sails right between your flippers and disappears down the drain.

Zen offers a few different ways to play these tables – either with real-world physics or “Zen” physics, but either way, FX3 fans will notice that the ball has more weight to it than they are likely used to. This forces the player to think ahead a little bit, recalibrating their muscle memory and twitch skills to compensate for a slower moving ball with more mass to it. 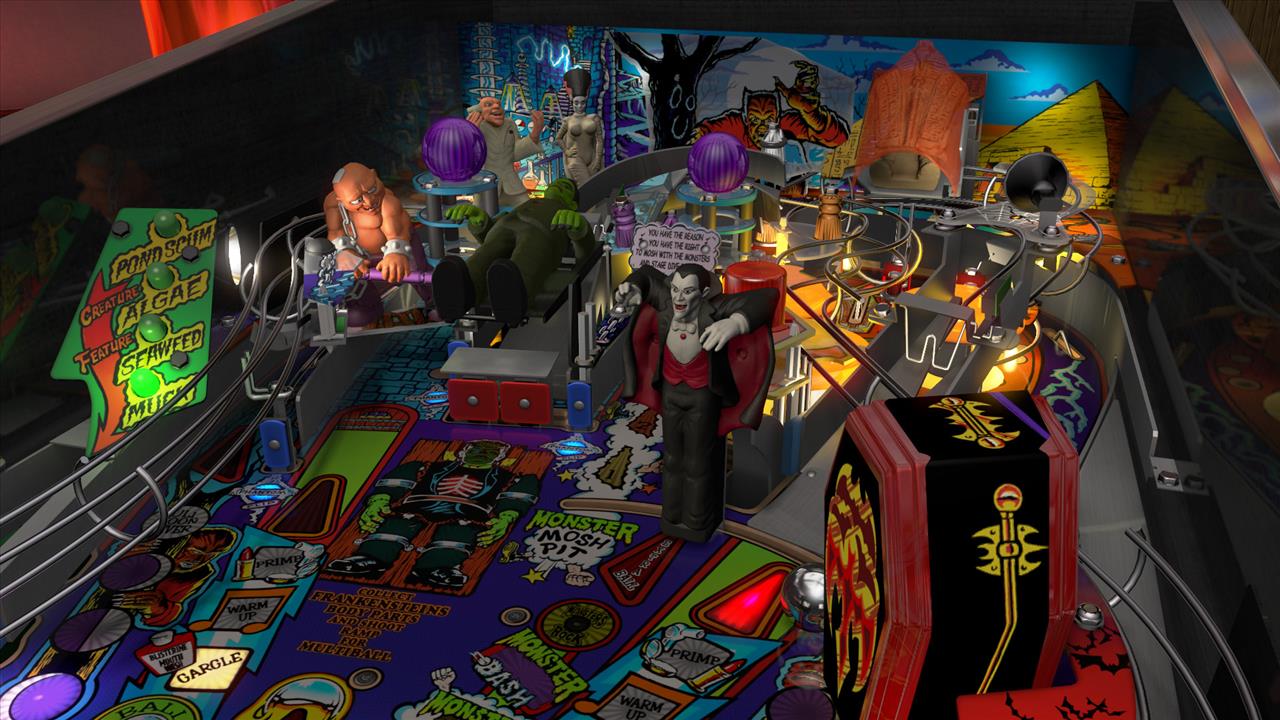 In a cool touch, regardless of which mode you are playing in, Zen has added the ability to switch back and forth between the realistic visual recreation of the tables and the Zen-ified version. In the real version of Monster Bash for example, the Universal monsters are tucked around the table, stiff and plastic. When you tap the button to see the new version, the monsters come to life, animated and dancing. This brings the table more in line with what Zen fans might expect, while still retaining the layout and functionality of the original.

So, how are the tables themselves? Well, it’s tricky it say. These are classic tables that are much beloved in the pinball community. Unlike tables created for the video game space, I find myself feeling somewhat unqualified to critique these – and as I mentioned, Zen didn’t design them. 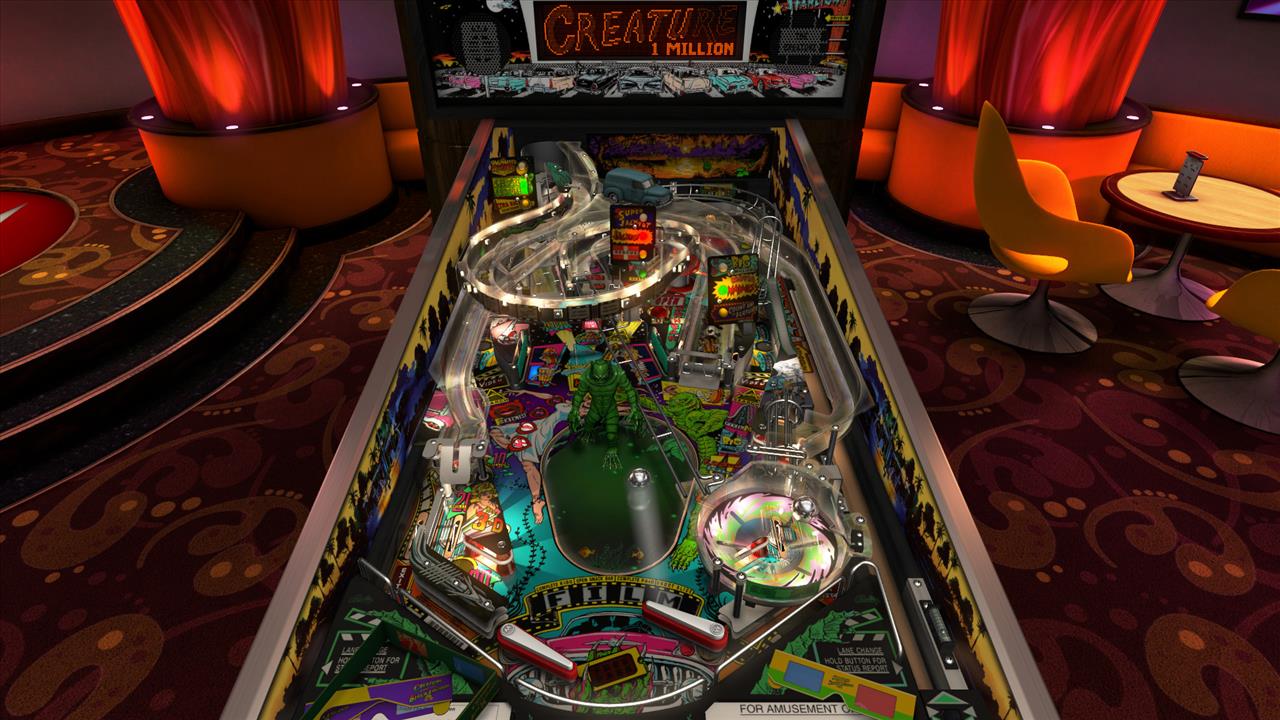 The Creature from the Black Lagoon table, for example, feels much more crowded than what I am used to seeing on Zen tables – with ramps and features tucked under themselves, almost hidden in the mix. I had to study the table at length to find entrances to shoot for – and even then, I was largely unsuccessful. (In case you haven’t figured it out yet, I kind of suck at these tables).

What does stand out from the original design of these tables, though, is the incredible creativity and ingenuity of their design. 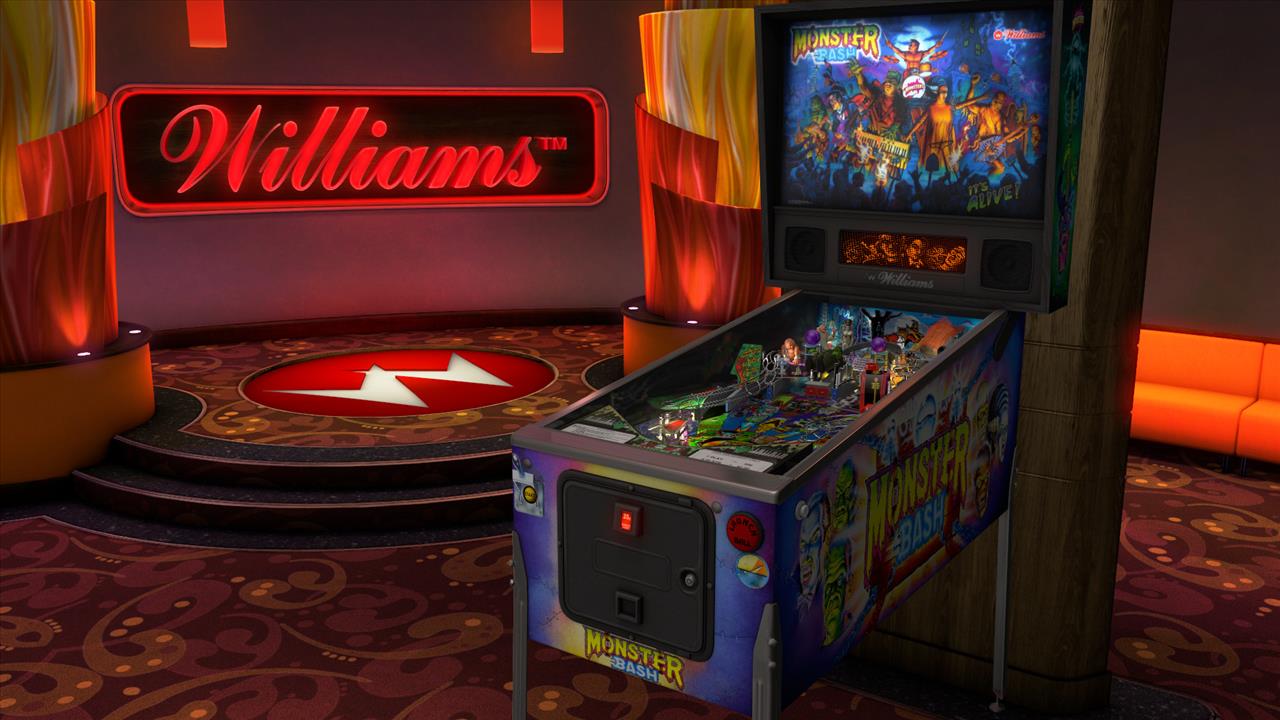 Monster Bash is based on the conceit that the Universal Monsters have formed a music group, and it is up to the player to unite them into a cohesive band. The table is filled with delicious monster sound effects – like the crackle of electricity and the joyful cry of “It’s alive!” when you resurrect Frankenstein’s Monster (and activate multi-ball). I also enjoyed the fact that – unlike Zen’s proprietary tables – I was able to easily figure out how to activate special modes and events. This meant that – while each run was shamefully brief – I was still able to see much of what the game had to offer before dying and indignant death.

The Creature from the Black Lagoon table is equal in its wildly creative design – with a creature hologram featured at the center of the table – a trick of light and mirrors which makes me want to seek out this table in real life just to check it out. The Creature table is not based on its namesake film, so much as it is based on the act of watching said film. The concept of the Creature table is that the player is at a drive-in movie theater, and must deal with things like opening the snack bar, and navigating jerky drive-in patrons that parked their cars inconveniently. The table is filled with 1950’s era nostalgia, from the theme song to the comic book-style artwork that adorns every surface. 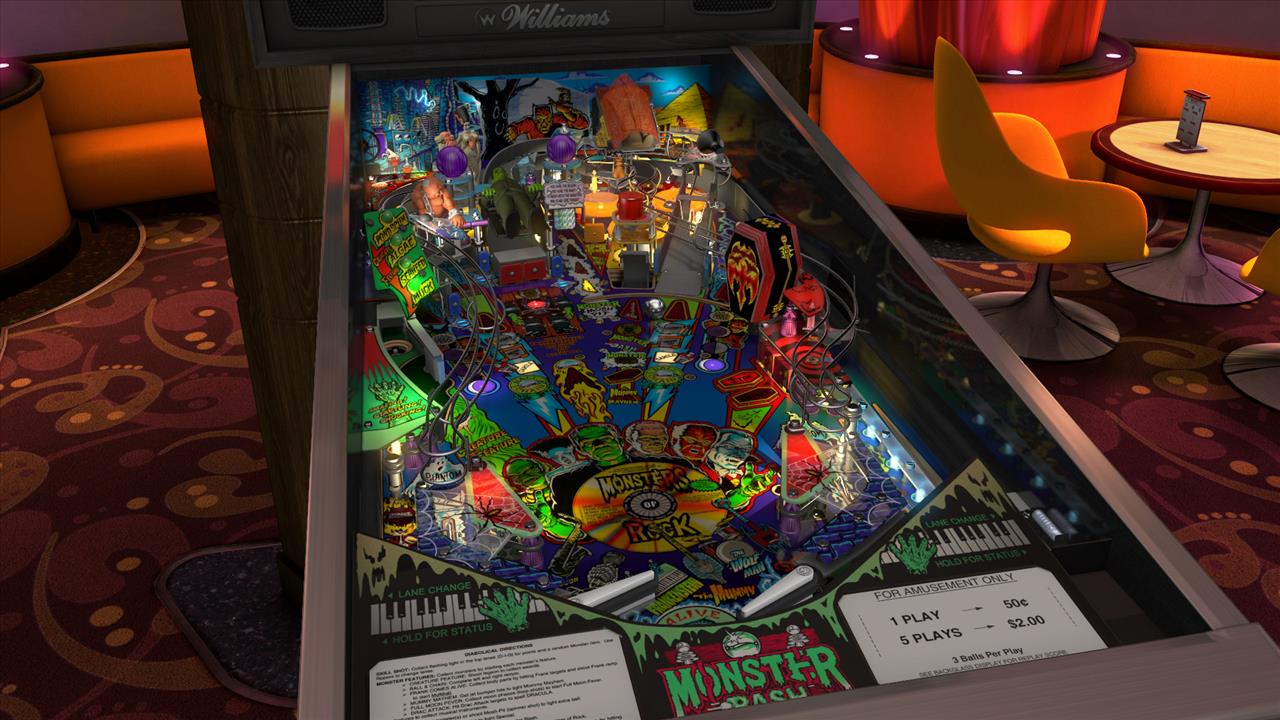 I came into my pinball fandom backwards – with Zen tables really being my preferred pinball experiences. Nonetheless, when I run across a table in real life, I always make a beeline to try it, to see if my Zen skills translate in any meaningful way. Nine time out of ten, I find real-life pinball far more challenging – and that carries over to these Universal Monster tables.

Completionists will likely pick this pack up to keep their Zen collections fully stocked, and other folks might be drawn in by the inclusion of the Universal Monsters – always welcome regardless of the medium. And fans of the original tables should rest assured that these have been faithfully recreated. But Zen fans should enter with the knowledge that these tables will challenge them more than they might be used to. If you can handle the frightful real-life difficulty, then these monsters might be just what Dr. Frankenstein ordered.

Zen has faithfully recreated two classic pinball tables based on Universal Monsters – complete with their spooky real-world difficulty. While fans of the original tables will be rightfully satisfied, Zen fans will have to adjust their play styles to compensate for the realistic physics. Regardless, this pack represents another solid entry in the Zen library. Did anyone expect otherwise?