The soft reboot, Call of Duty: Modern Warfare, is out and NVIDIA’s ray-tracing technology is here to make the already great looking game look even better. Modern Warfare uses ray-tracing for the shadows to produce more realistic scenes where shadows can stretch and be softer in certain situations.

If you have a NVIDIA card capable of RTX, you can go into the menu and turn it on. 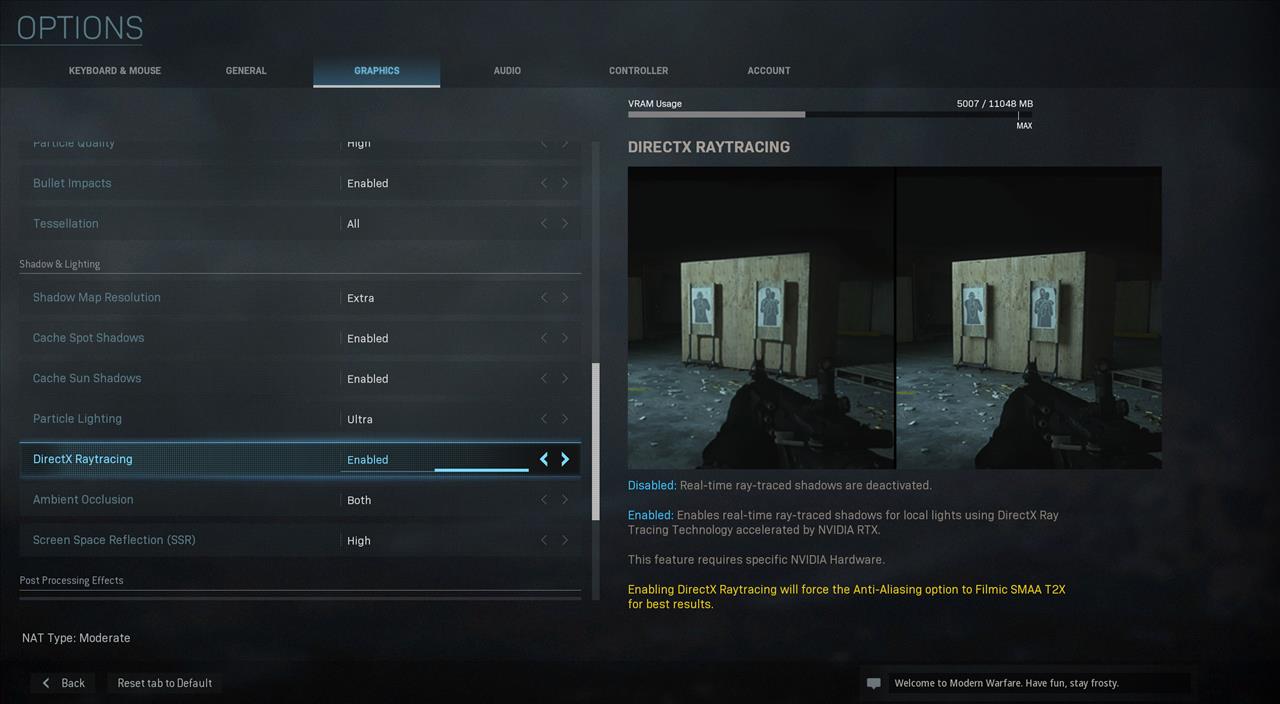 NVIDIA was kind enough to send over a copy of Call of Duty: Modern Warfare along with providing a GeForce RTX 2080Ti to see how Call of Duty plays to its full potential. My system consists of:

Let’s just say, the game looks incredible even without RTX enabled. The facial animations are top notch. The lighting effects are equally as impressive. Small little details like paper stacks spreading out in the air when gunfire hits really add to the immersion of this title. But then you add in ray-tracing shadows, you’ll get an even more visually appealing game.

What I found playing the game with it on that in certain scenes, the improved shadowing does make the game look better. The effects aren’t as dramatic as other games with ray tracing capabilities, but there were a few times where I could see some improvement. Like I said, the game’s already an incredible visual feat and some of the areas didn’t benefit as much as others with ray traced shadows. Credit Infinity Ward for doing such a great job on the visuals already.

You can see some differences here with the mattress on the left side with the shadow it produces on the ground.

You will get a performance decrease, of course, when you enable ray traced shadows. Depending on the card you have, you’ll have to make the decision if the decrease in frames per second is worth the better shadowing effects. At 3440x1440, I got about a 33% reduction in performance with it on. It averaged 66.3 FPS with dips into 49.2 FPS. So it’s still running pretty good there, but if you want to stick above 60 FPS, then keeping it off is the way to go. 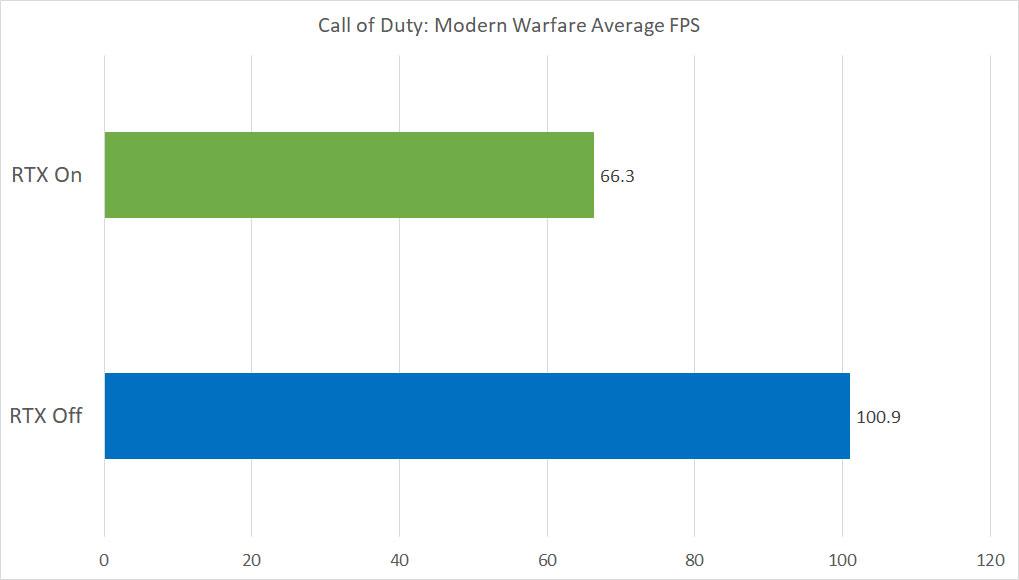 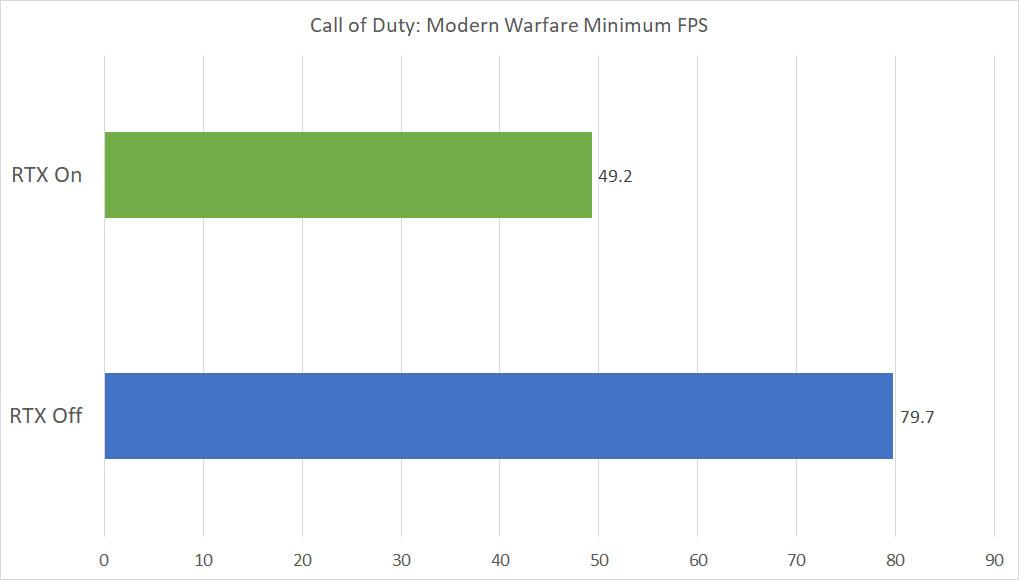 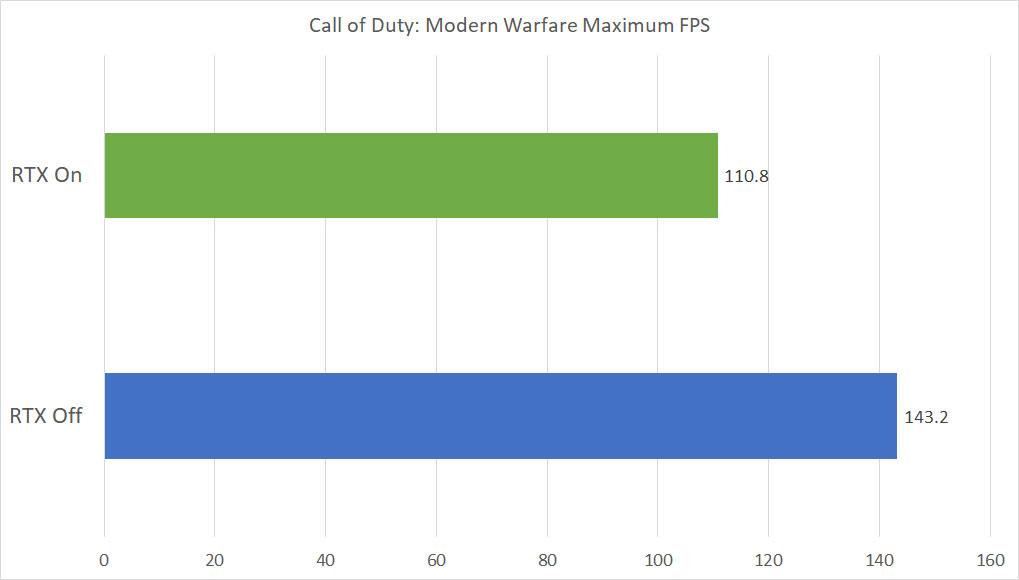 Ray traced shadows isn’t in all the modes for Call of Duty: Modern Warfare and it would be hard to recommend it for mutiplayer if you want to play at the fastest speeds possible while minimizing the chance for your FPS to dip below 60. For now, I would say keep it on for the campaign mode and then turn it off when you hop into an online game.

You can see below my playthrough of the first few areas and see what it looks like when its on and off.