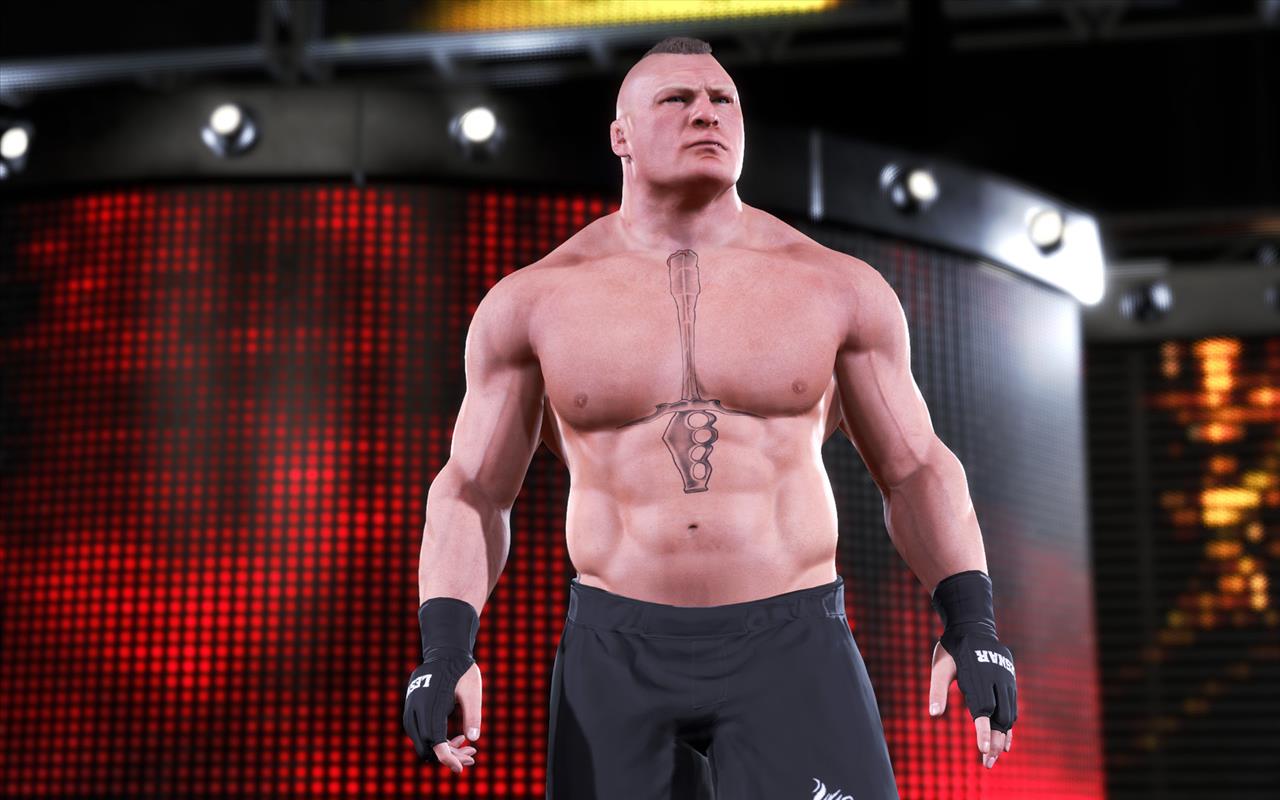 WWE games are my life. I am 31 years old at the time of this writing and have owned every single game in the mainline series of WWE games. From WWF War-Zone to Attitude, the original Smackdown, Here Comes the Pain, Smackdown vs. Raw and the WWE 2K series. Even all of the other console exclusives like No Mercy, Wrestle Mania XIX and Day of Reckoning. I even owned all of the crappy WCW games like Nitro, Mayhem and Backstage Assault. In all of my years of playing pro wrestling video games, WWE 2K20 is by far one of—if not the—worst of them all. Sure, all of the games I mentioned had their issues, but WWE 2K20 is an insult to everyone who pays their hard-earned money to buy these games every year. This wasn't a mistake. This wasn't an accident. This was malicious. This was a company knowing that their game was completely broken and unfinished and still decided to release it. Now I fully understand that Yukes leaving was a big deal. This is the first WWE game that VC developed in house and without Yukes, but I'm sorry, that does not excuse this game at all. At the very least this game should have been delayed to fix some of the massive problems that we are dealing with right now.

I'm going to talk about the good first because, trust me, there isn't much. The only silver lining would be its My Career mode. This is something that I will praise since I have wanted it in these games for a while. In WWE 2K19 we played as "Buzz" and saw him start out as an unknown wrestler in BCW, invading NXT and making it all the way to the top.

For the first time we finally get to play as women in My Career. We are introduced to "Red" and "Tre," two childhood best friends and huge WWE marks who, on their list of lifetime goals, put down that they want to be WWE superstars one day. The journey that both of them take to get to the WWE is as wacky as you would expect from a WWE game, which follows them as they wrestle in independent companies to NXT to the main roster of the WWE. Red and Tre aren't nearly as good as Buzz but they have their moments when they are together.

When they are apart is where it falls apart. Unfortunately Red and Tre are written exactly like modern day WWE babyfaces. Tre is a complete goof and a total menace for the entire story. Red, on the other hand, is completely arrogant and unlikable. And this is just like WWE today. The babyfaces that we are supposed to identify with are arrogant geeks that are constantly mouthing off about how great they are and then get beaten up because they keep making dumb decisions. Meanwhile, the heels, who are the villains simply come off as people who are putting the bullies in their place. And the WWE wonders why people cheer the heels and boo the faces. The voice acting however is really good, especially from Samoa Joe and Brooklyn Von Braun who both give amazing performances and are the antagonists of the story.

WWE Showcase mode is...Showcase mode but worse. This year the 2K Showcase decides to focus on the Four Horsewomen of the WWE: Becky Lynch, Bayley, Charlotte Flair and Sasha Banks. From NXT and all the way to the main event of the WWE, we get to see how these women shattered the glass ceiling and managed to show what true women's wrestling is in the WWE. We are far past the days of Bra and Panties and Mud Bowl matches, and finally get to see women actually wrestling. 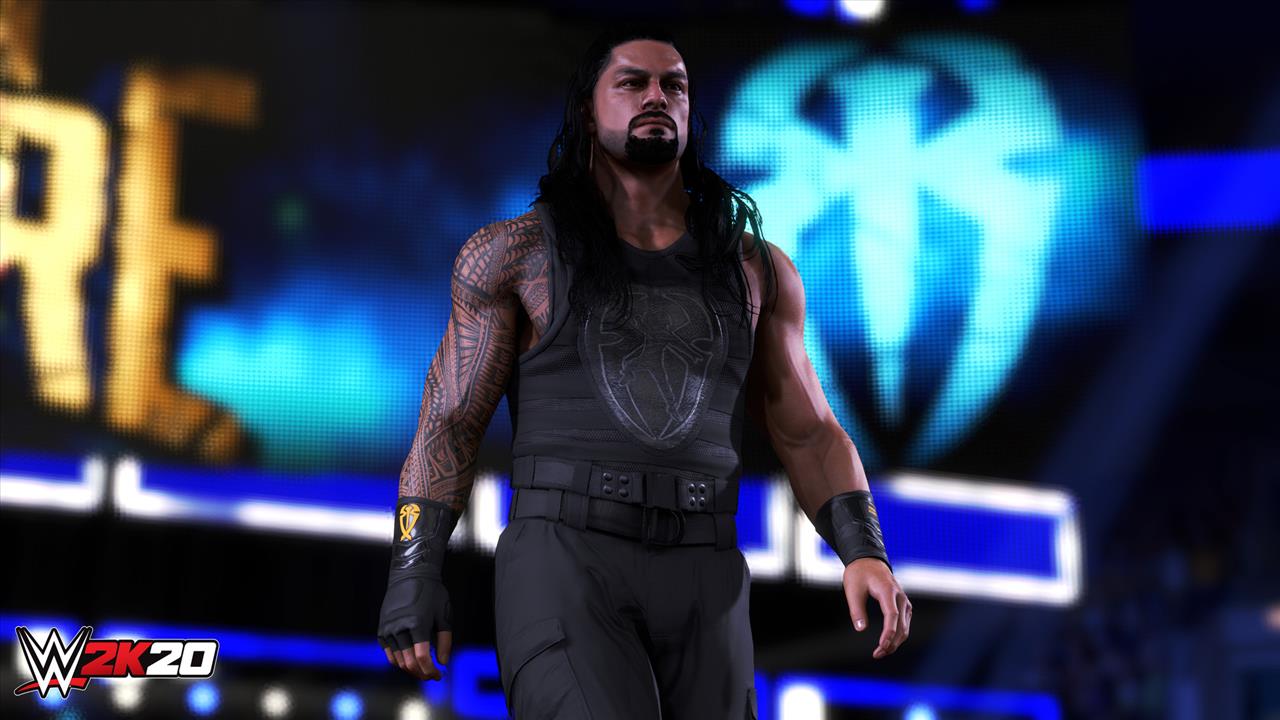 Now while the women of the WWE absolutely get their time to shine, the main problem I have is a lot of these matches just happened. Some of them as recent as this year. There is nothing fun to me about replaying these matches that are still fresh in our minds. The main problem however is that the game itself completely works against you. There are a number of objectives you need to complete to finish each match, but they are all completely repetitive and are as simple as "damage Charlotte in the ring to red health," or "strike Bayley with a standing strong strike." To which you will usually watch a cut scene of the match playing out, which, at times, glitches out completely like the rest of the game. Even worse is that some objectives are completely obnoxious to complete, thanks to the CPU reversing nearly all of your moves, even on easy difficulty. Multi-man matches are a cruel joke and doing something as simple as performing a move on a Superstar can result in your move getting reversed, rolling to the outside and possibly losing the match. This is yet another game mode that needs a complete overhaul and just feels stale at this point.

And that's about all the positive things I can say about this game because the rest of the game is a buggy, broken mess. Luke Harper's entrance is a perfect example. For whatever reason his entrance theme is loud as hell and just loops the first five seconds of the song over and over again. Not to mention some music is incorrectly labeled in the create and entrance menu. For whatever reason, trying to play Evolution's theme will play Jeff Hardy's theme instead. It's just astonishing how many little things about this game are just broken. So many create-a-wrestler items will clip through the wrestler or will create nightmare fuel levels of cringe by making faces or body parts disappear. Then you get to the actual matches in game and have to pray that nothing goes wrong. One-on-one matches seem to work fine but the second you add multiple wrestlers into a match or weapons, that's when it all starts to come unglued. Weapons just cause the game to bug out completely. Try to powerbomb someone on the steel steps and see what happens. The game completely flips out. Then there are just small things all over the place, like Elimination Chamber matches being bugged where sometimes the countdown clock won't start, leaving everyone stuck in their pods for all eternity. Oh, and post-match Chamber celebrations are gone now. Why? Who knows. 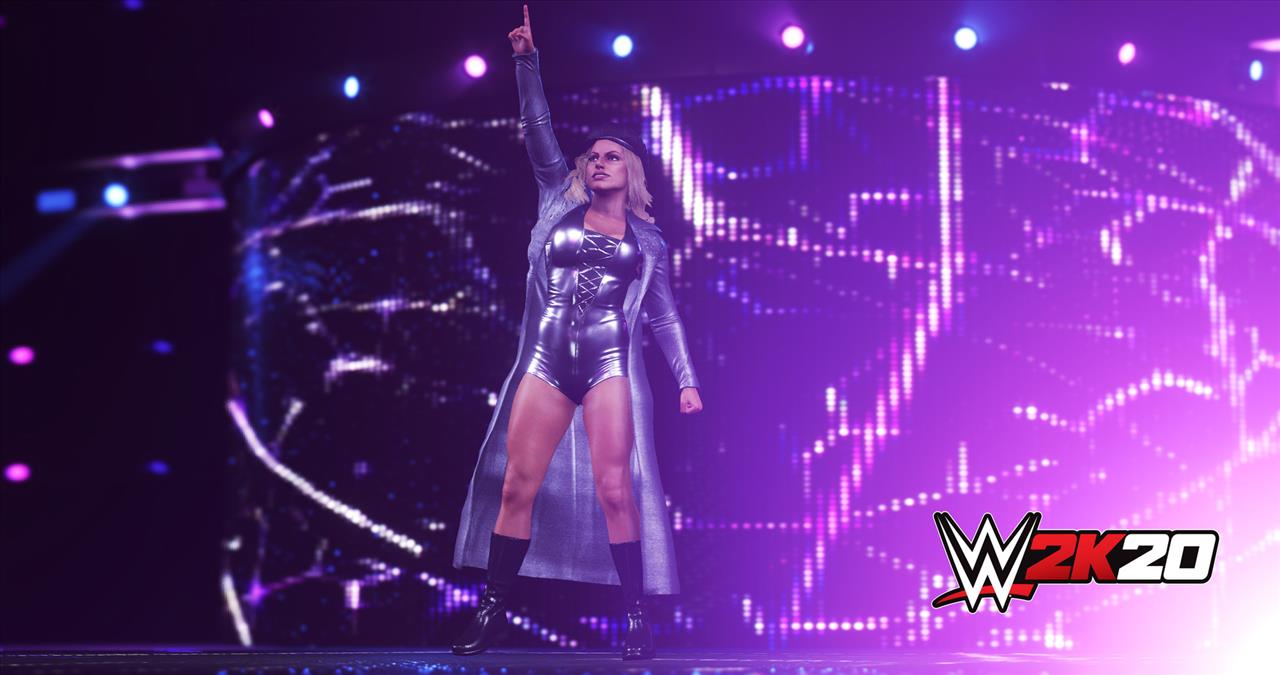 Not to mention the hit detection is completely screwed up. Instead of simply swinging a weapon and the game automatically aiming at your opponent, this time around yous wing directly in front of you, which leads to frustrating levels of annoyance as you keep missing your opponent over and over again.

I can't even begin to tell you how many times my game has crashed from doing the easiest tasks, such as navigating menus, watching entrances or playing simple matches. I'm almost afraid to do anything in this game that requires work—like creating superstars or arenas—because I'm afraid the game is going to crash and I will lose all my progress. 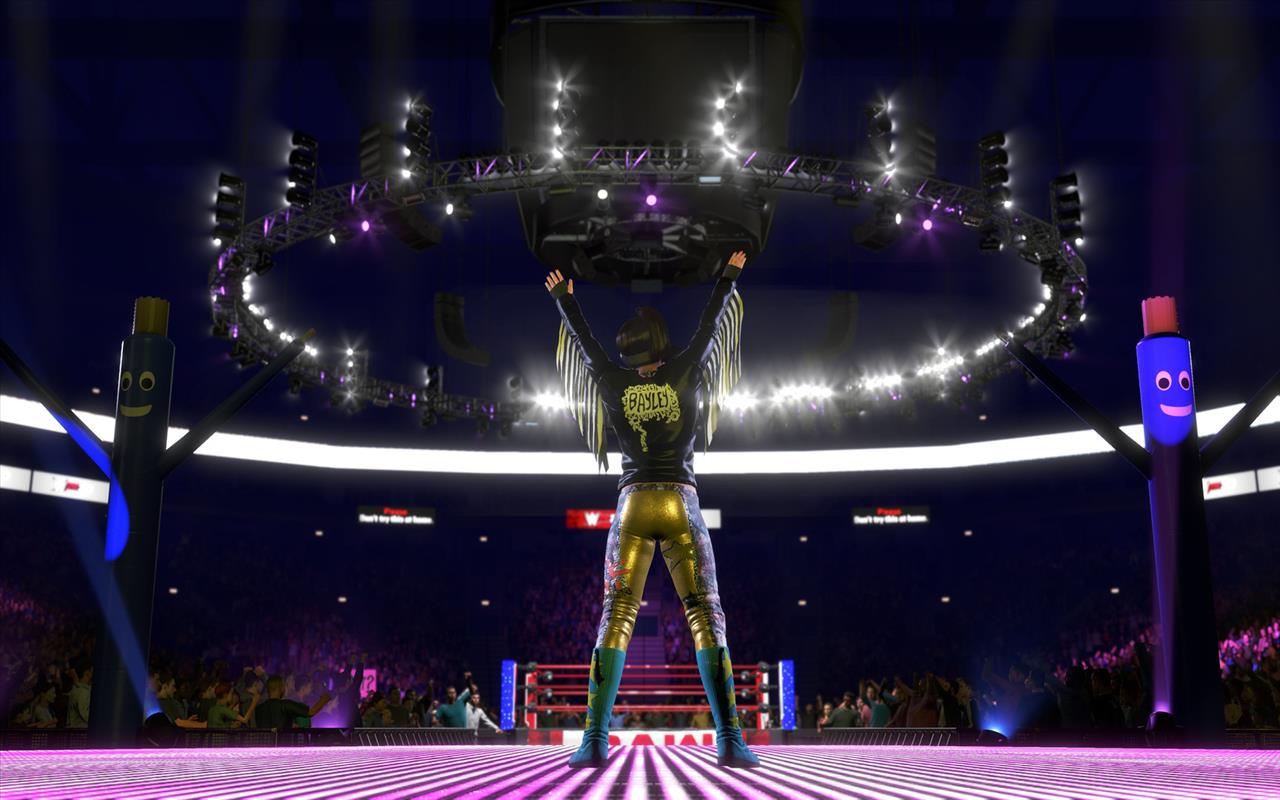 WWE Universe Mode is a mode that is in dire need of a complete overhaul and I haven't been able to play much of this mode because of all of the issues that come along with it. Your created wrestlers won't carry over to the mode properly, and a bug causes all of their move sets and attributes to be set at none, along with you always starting with red health and red body damage. Create an Arena on the other hand is pretty much unplayable. For whatever reason, trying to play a match in a created arena will always lead to the game either crashing or being stuck in an infinite loading loop. Either way, this mode is essentially a copy-and-paste job from 2K19 since almost nothing new was added. Then there are even creation modes missing, like Create a Belt, so good luck trying to create your own wrestling companies with custom belts.

And that is why I am giving this a 2 out of 10 because this is completely unacceptable. Had it been a few bugs and glitches, year sure, all games have tha. But this? This is something else completely. This is releasing a blatantly unfinished game and having the gall to charge people $60 for it. The days of the yearly releases for sports games needs to go if this is what's going to keep happening. While My Career has its moments, that is simply not enough to excuse what they have done here. This is the equivalent of a plate of food falling on the floor and the chef picks it all up, slaps it on a plate and serves it to the customer all while saying, "No refunds," which is disgustingly the title of one of the achievements/trophies in the game. 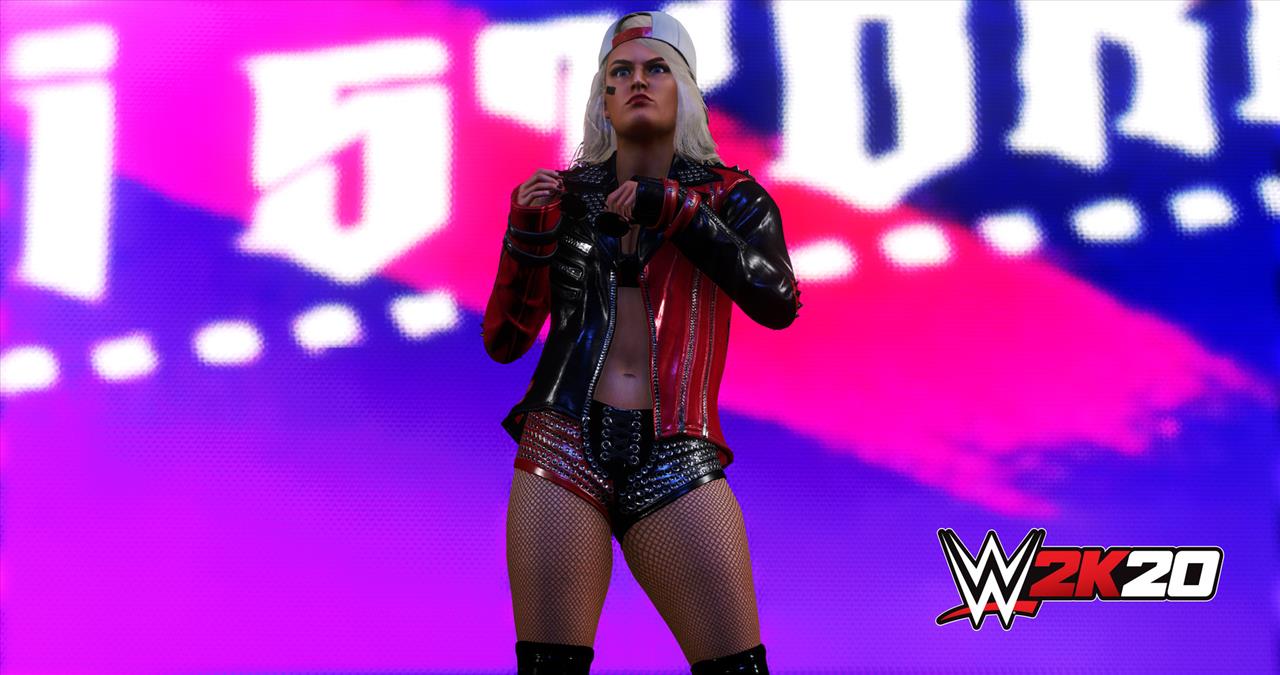 No accountability whatsoever from WWE, 2K, or VC. Everyone responsible for this game and allowing it to be purchased should be ashamed of themselves. Regardless this game and this series is in such a rut that nothing short of a complete overhaul will be able to fix this mess. Now, I wanted to give 2K the benefit of the doubt and decided to wait and see if they would release a patch for the game which they did. The sad thing is that it barely fixed anything.

How long is it going to take and how long do we have to wait for a great WWE game again? Since 2K took over the series it's been nothing but "maybe next year," "Oh, it's a transition year, give them a break," "Well, this game is good but next year's will be better." We deserve better than this. All I know is that with next gen consoles coming soon, 2K21 and 2K22 need to knock it out of the park because this simply isn't acceptable anymore.

Completely unacceptable. This game should have never been released in this state and it baffles me that this was even allowed to be sold at all. WWE 2K20 is by far the worst game released in the 20-year history of the mainline series of WWE Games. A buggy, broken, absolute mess of a game that should have been delayed at the very least. While My Career is the shining light of this piece of trash, I cannot overlook the fact that they still decided to release this game in the state that it was in. WWE deserves better than this.