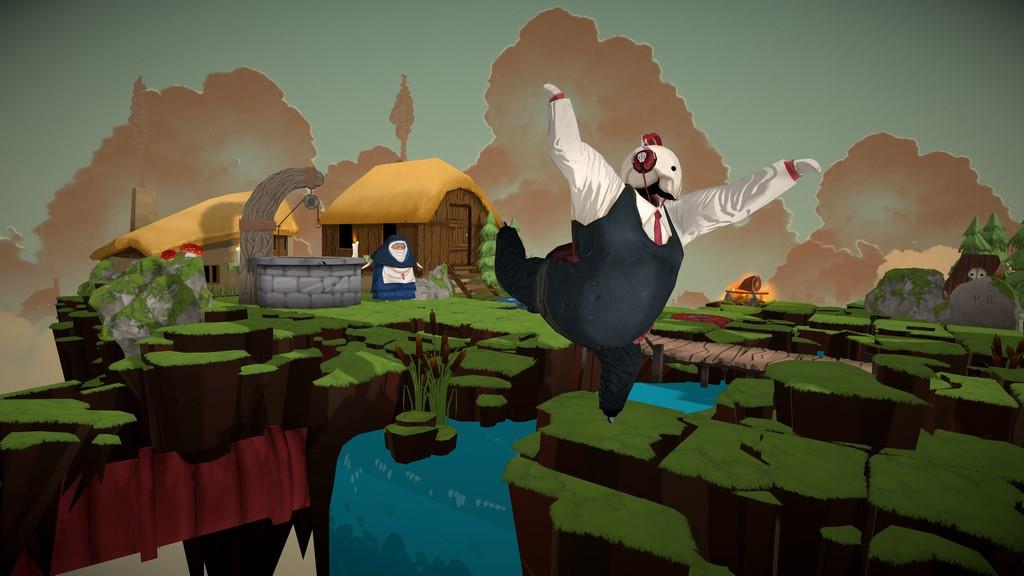 We join Felix the Reaper on his first day in the field for the Ministry of Death, just as he’s about to step into the mortal world at the behest of his mentor, Sir Patrick Stewart—er, or an employee of the Ministry of Death who happens to sound an awful lot like Sir Patrick Stewart. His rules are simple. Stay in the shadows. Don’t attract attention. Manipulate the shadows. Be silent. Execute the plan. Don’t make a fuss. Life is dangerous. And poor Felix, a dancing agent of death who loves nothing more than jamming along to his Walkman while on the job—a job he took on the off chance he would see Betty, his crush in the Ministry of Life—is at a solid three out of seven. That’s a good 43%, Felix the Reaper. You’ve got a ways to go.

Unfortunately, I feel like the game Felix the Reaper is about on par with the character Felix the Reaper. I wanted so badly to love it with its quirky protagonist, head-nodding music, and irreverently funny methods of death—and at first, it really seemed like I would love its unique premise. (Felix is genuinely my favorite media representation of death to date, all media considered.) But the more I played, the more disillusioned I became with the actual gameplay, and the more I felt like I was playing the same thing over and over again as I progressed through the levels.

Felix the Reaper is a puzzle game in which Felix himself must step into a time-stopped mortal world in order to orchestrate the death of whichever poor soul has run out of time. He can’t walk in the sun, so instead must manipulate the shadows, flipping them back and forth between two angles so he may move safely. But it’s not that simple for ol’ Felix, no. A dancing reaper has standards! He could just up and kill somebody, but where’s the art? The pizzazz? The je ne sais quoi? If given the choice between a simple hunting accident or a deer head-wearing drunkard being shot by his hapless friend, which do you think our dear Felix will choose?

The game could have been a bit clearer here. The tutorial was very one-and-done; Felix moved the victim into the path of a midflight spear, and then when time resumed they were impaled. Simple, right? Nope; turns out Sir Patrick Stewart accidentally directed us to kill the wrong guy. No problem, right? Let’s just go back to the mortal world (because, by the way, time doesn’t seem to matter here) and try again, this time figuring out a way to get the right guy killed. 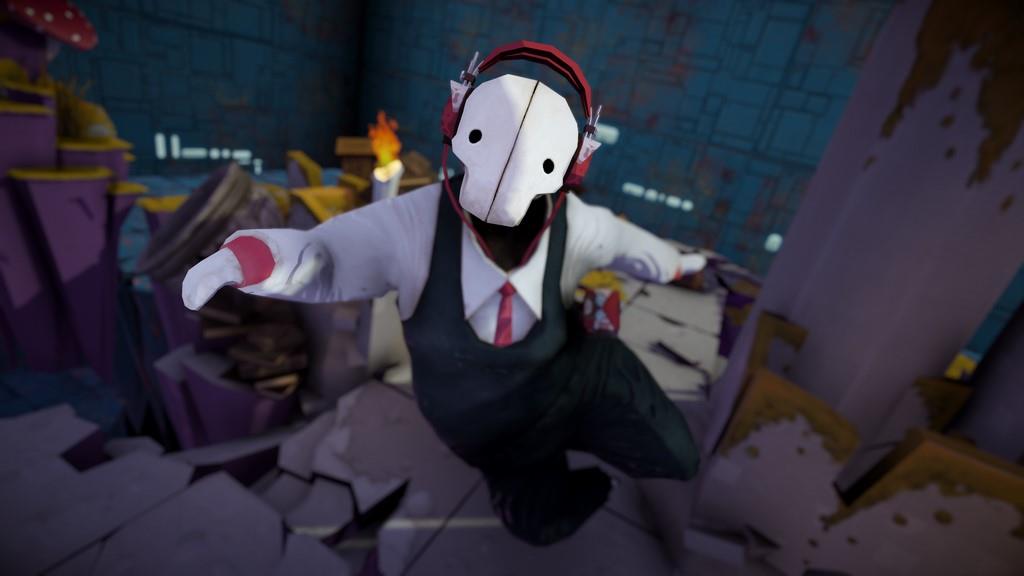 This one-and-done style, however, is never repeated. In every stage to follow, Felix is simply executing (haha) one step of his master plan, the last stage of which will result in a wacky and unique death. However, we’re never actually told this. When it comes time to “redo” the tutorial, where we placed the wrong victim in the path of the spear, we are directed to place a deer in the path of the spear, which is then successfully killed; the stage ends here, with both humans in the hunting party very much alive and well. The second stage consists of mounting the deer head—admittedly an odd task for a reaper, and one that isn’t exactly explained. It was only during the third stage, where I was supplying the would-be victim with beer, when I recognized the thread of continuity, and that Felix was not, in fact, suddenly interested in home decor and craft beer. He was setting the stage for an overly complicated death.

There’s nothing wrong with overcomplicated deaths. In fact, I really enjoyed the fact that one victim was spread across several stages; the game would have lost its appeal immediately for me if it had been one victim per stage, over and over again in quick succession. That, and a simple death would have been so darn boring, and we all know that Felix isn’t about that life. (Death? I don’t know.) But problems first started rearing their heads early on, mainly stemming from the game’s lack of communication with its player. I was never told in the tutorial that Felix had the capability to lift objects that weren’t his victim, creating vital shadows. I wasn’t informed of the crucial ability to preview the shadows’ locations before actually moving them until a few stages into the game, which would have saved Felix a lot of sunburn in the first couple areas. Even Sir Patrick Stewart himself taps out after a few stages, leaving Felix to his own devices with much less advice than we started the game with—and dang it, I want to hear him talk! 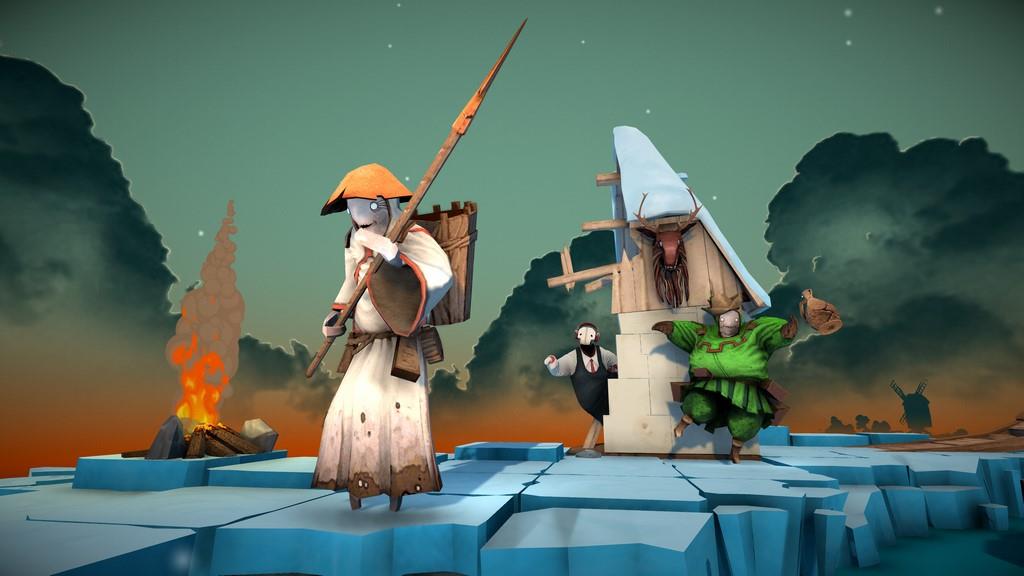 The game does have accessibility measures to help the player along—primarily the option to see Felix’s next step toward solving the puzzle. It won’t tell you where to move or how to get there, but it’ll tell you what object to pick up and where to move it. This option very quickly became a necessity for me. I wish I could say that it made the game more enjoyable, but it actually made everything more tedious. For every hilariously convoluted death, there are a multitude of maddeningly convoluted steps required to get there, and most times the step-by-step function is more frustrating than helpful.

Once you complete the first level, you’ve essentially completed the entire game—which is not to say that it’s a short game, but rather to say that there’s only so many times that you can lift something and put it down somewhere else before it gets boring. Perhaps if I felt more actively engaged in solving the puzzles—read: if the puzzles were more logic-based instead of convoluted—I would be getting the dose of variety every game needs to fulfill its audience. But as it was, I felt like a passive observer of a game I myself was playing, which is never a good thing. The rest of the levels span different times and environments, with different situations that Felix must manipulate in order to create a deathly accident, but at their core they’re all just picking up stuff and moving it around. 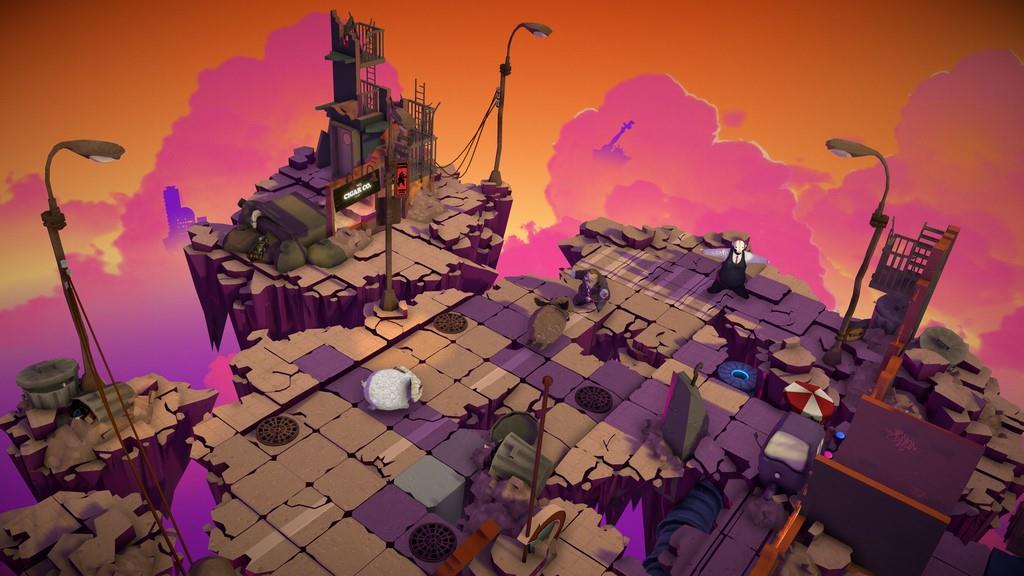 One of the nails in Felix the Reaper’s coffin (heh), however, was the camera. Now, I really don’t like basing a game’s success on its controls, partially because they’re so subject to the player’s platform and ability and partially because it’s the game itself I’m reviewing, not how it’s played. However, I make an exception if the control significantly impairs my ability to play the game, especially if there are no options to customize the problematic control. Felix the Reaper’s camera—how much it’s zoomed in, what direction it’s looking, how elevated it is—is controlled entirely by the right stick, and seems to be subject to the whims of a caffeinated, upside-down bumblebee. I had to reorient myself every time I moved the camera, because I would invariably move it the wrong way. My first instinct was that the controls were inverted, and that a simple trip to the Options menu would right my woes, but nay; I was doomed to this finicky, confused camera for the duration of the game, and it seriously got in the way of the gameplay.

It’s worth noting that Felix the Reaper’s greatest strength comes from its uniqueness, including but not limited to those wild, anything-but-straightforward deaths. A puzzle game where you kill people would be forgettable. A puzzle game where you play as a lovestruck rookie reaper, dancing through every step of the job with his old headphones and his Walkman, is fantastic. The music in the background—and the pop-ups that appear when you’ve completed an objective, however much they annoyed me—is inspired. The funky disco lights upon completing a stage are amusing. Felix breaks half the rules set out for him by the Ministry of Death, and we’re right there alongside him for the ride, watching him groove his way through the mortal world. That’s a recipe for a unique, memorable game. However, Felix the Reaper is held back by its repetition and clunky controls, keeping it from seeing the full potential of the love that the developers so clearly put into its creation.

Felix the Reaper is an excellent game on paper, but its execution dooms it. While the unique concept shines—and I doubt I’ll be forgetting such a lovable face of death anytime soon—the actual gameplay made it a bit of a slog.