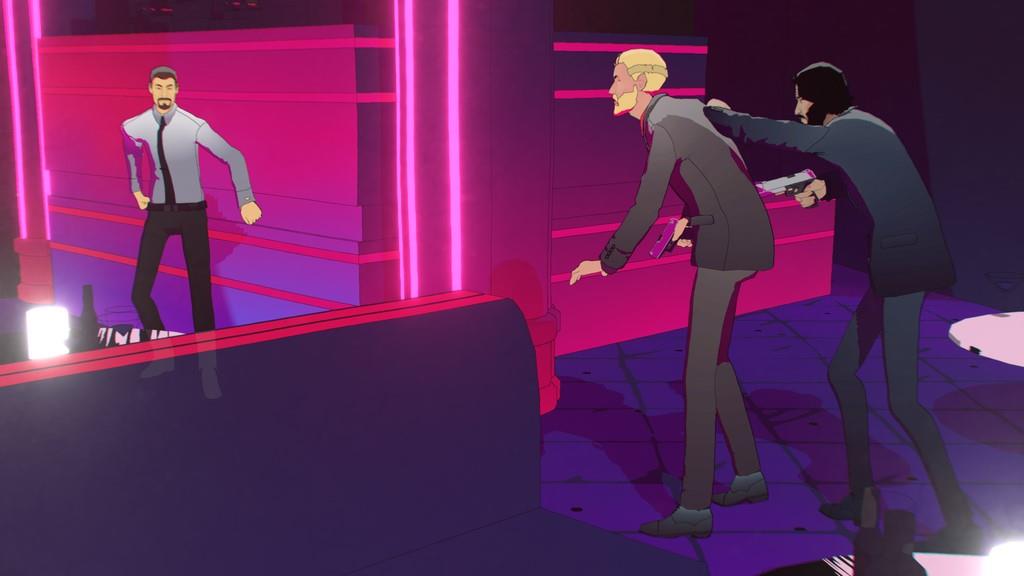 Kung Fu with guns. That’s how I have described the action of the John Wick films to a friend, and I am a huge fan. The choreography required to plan action sequences like those in John Wick, the work required to practice every move to pull it off in the filmed sequence, the time it all takes to painstakingly put it all together, these are luxuries it seems most Hollywood productions can’t find the resources for despite their bloated budgets, preferring instead for some sloppy punches and a shaky camera to disguise the juvenile efforts. But that attention to detail and fantastic sequencing are the mainstays in the John Wick series. In my opinion, it’s the best set of action sequels hitting the screen at the moment. So I jumped at the chance to take control of Mr. Wick myself in Bithell Game's John Wick Hex.

Everything about this game, with respect to the film series, is on point. Both Ian McShane and Lance Reddick join the voice acting; the art direction and musical score pull from the films; it’s all there. You are transported into the world of Wick from the first mission. The game takes place as a prequel, highlighting John’s exploits as an active assassin before the retirement from where the films pick up. John is on the hunt for a target who’s whereabouts he must uncover by working his way from one lead to the next, eliminating the henchmen en route to the mini-bosses to extract the next clue, the next breadcrumb on the trail.

The gameplay takes the form of strategically maneuvering John through a hex grid blanketing the levels. It's a mix of a turn based strategy game like XCOM traversing the world but without the slowdown of the actual turns. While the world pauses to plan John's next move, the entire timeline plays out in real time, as displayed at the top of the screen. You can see John's turns overplayed in real time above his opponents, being able to carefully decide whether your next action is going to land in time, or if John is about to be beat to the punch by the enemies, well, punch. You move about the levels by clicking on tiles and either pop off two rounds at a time at your enemies in the distance or else melee up close with punches or insta-kill takedowns if you managed to sneak undetected on an unsuspecting foe. You can kill your opponents outright or daze them to set up your next move, and engagements are all based on line of sight. Duck out of sight or crouch behind cover to set up your next move on an enemy with a bead on you, dodge roll out of reach of the brawler about to take a swing, you might not be able to track the movements very well of those out of your field of view, but you also won't be susceptible to their bullets. But this remains a RTS strategy game not a shooter, and every move should have a plan behind it before execution. Reload, grab a new weapon, bandage a wound, or recover Focus (used to perform special moves like the dodge roll) when the opportunities to take a breath present themselves before stepping into the next encounter. Use the environment and that line of sight to stack up the opposition and avoid being overwhelmed. 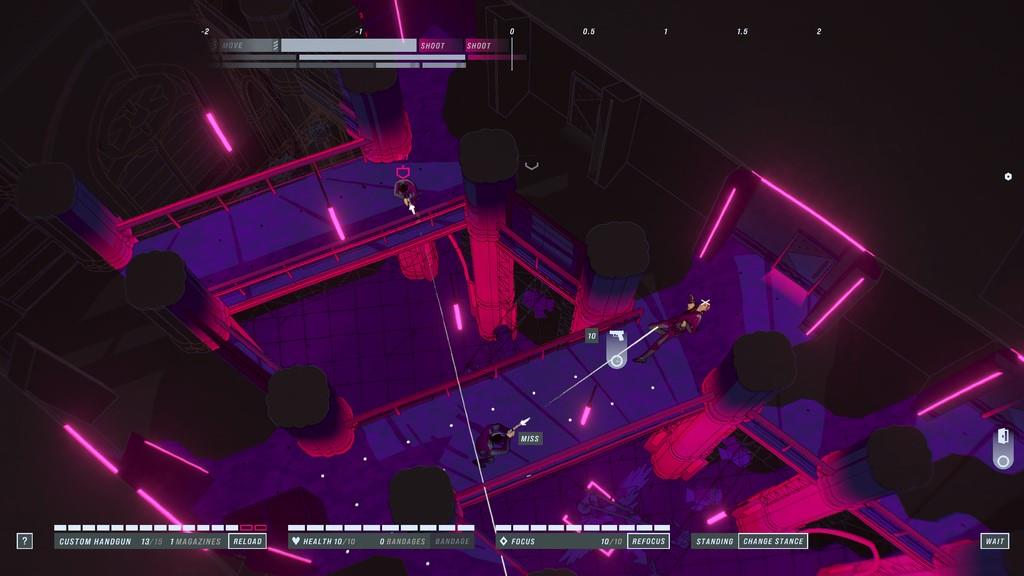 While there are tutorial pop-ups to walk you through each core gameplay concepts when you first encounter them, the game itself is very easy to pickup because the controls behind the actions are always there on screen to remind you how to execute your options. Right click to move to the cursor, left click to target a person or object, then follow the menu to select between melee/shoot/etc. The only thing you need to bear in mind is WASD to move camera around the map and the Q and E keys to rotate the camera’s perspective.

The production of the game is outstanding, you are transported into John Wick’s contract. The controls are easy to master and the options easy to pick up. The action and gameplay for the most part are superb. It is really fun to play, requiring strategy and thought but still moving at a steady pace and not dragging in between actions. The game is truly excellent at what it does, but there is one little issue I have where it fails to tie all together, and that is that the level design itself just does not lend itself to real fluidity. In the films John Wick is always one trigger pull ahead. He can bounce from one takedown into the next shot before the 2nd mark can position their weapon. Yet in this game Mr. Wick comes across as decidedly underpowered. If more than a single opponent draws down he just can’t both move and fight quick enough to evade the second shot. He can’t do double takedowns by command. The enemies track his movement too well from the maneuver after the first. John positions himself through multiple level facing overwhelming odds but comes across as quite ordinary once he’s lost the element of stealth and surprise. Think back to an Arkham or WB game where you become the Batman or can feel the power of the elves coursing through your Ranger in Mordor and imagine instead if that fluidity of counters and dodges were removed, now you have an idea of how John Wick Hex falls flat when facing more than a single opponent at a time. 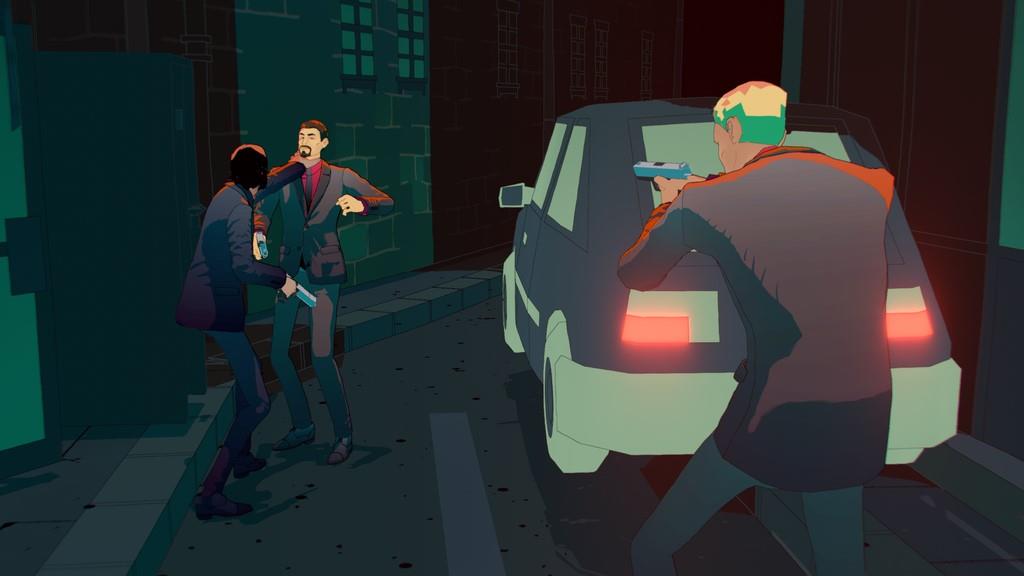 Ultimately, it jars the player out of the world of Wick and back into a strategy game where territory and cover become more important than the fluid chaining of moves together. And it would be one thing if this were just a suggestion of “this is how this game could be made better“ but unfortunately it’s a betrayal of the pacing that make the films so electric. It’s a betrayal of the production values that went into the game itself, nailing the look and feel of the world, but falling short of how the titular character is meant to operate within in. It basically takes an otherwise flawless game and incredible movie tie in and gives it it's one wart square on the face.

There were some minor annoyances I encountered as well. I ran across one bug where and enemy got stuck and couldn't move, couldn't be killed, and prevented me from moving forward until I was able to backtrack far enough they were jarred out of their freeze. Environments change somewhat but enemies and strategies remain fairly consistent throughout. There isn't a ton of progression to the game, you enter the same fully-equipped John Wick as you finish.

John Wick Hex is a fantastic game. It combines real strategy in a gameplay that feels truly unique in the RTS genre. It really captures the world of John Wick and brings the character from the silver screen faithfully onto the PC. There is a fluidity to the combat, but one that falls ever so slightly short of the effortless slickness that we've come to love about the title character. Missing that trick takes a near perfect game to just a notch below, but puts it squarely in good company as a top game of the year.