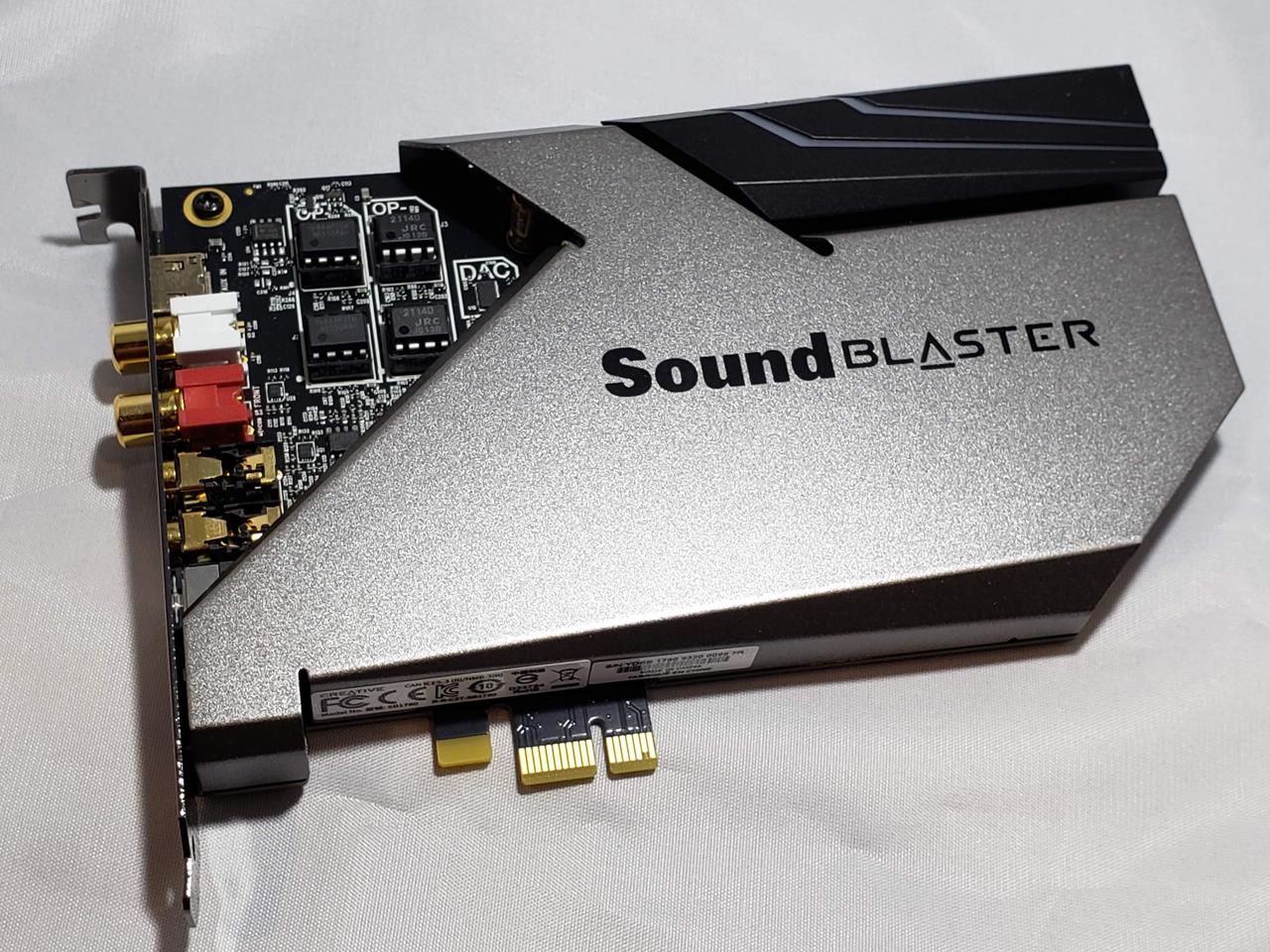 It’s been a long time since I've had a dedicated sound card. When motherboards started to come equipped with them, I stopped purchasing sound cards altogether. I thought my hearing was subpar and that sound cards wouldn’t really make a difference with me.

At CES 2019, I met with Creative and saw a prototype of the Sound Blaster AE-9. They weren’t ready to release at that time, but seeing it in person and getting more educated about sound made me want to try a dedicated sound card again.

While the AE-9 took a little longer than expected to be released, it’s finally here and it’s looking to be the top of the line sound card for PCs. Released around the 30th anniversary of the original Sound Blaster, the Sound Blaster AE-9 is going to set you back a bit, but it just might be the card for you if you want great sound from your games and multimedia.

Let’s start with the basics. The AE-9 is a PCI-E card with an external breakout box containing some helpful connections. Creative is going for a best in class sound card here with the features that it has. Supporting up to eight channels of 32-bit audio at 384 kHz, it has a 129-dB signal-to-noise ratio and a total harmonic distortion of 0.0001%. That’s due to the ES 9038PRO SABRE DAC from ESS. The left and right channels are amplified independently.

The card itself has a metal casing that Creative says will help to shield any electromagnetic interference. The enclosure has the Creative branding and envelopes a large portion of the card itself. It does make the look nice and clean. 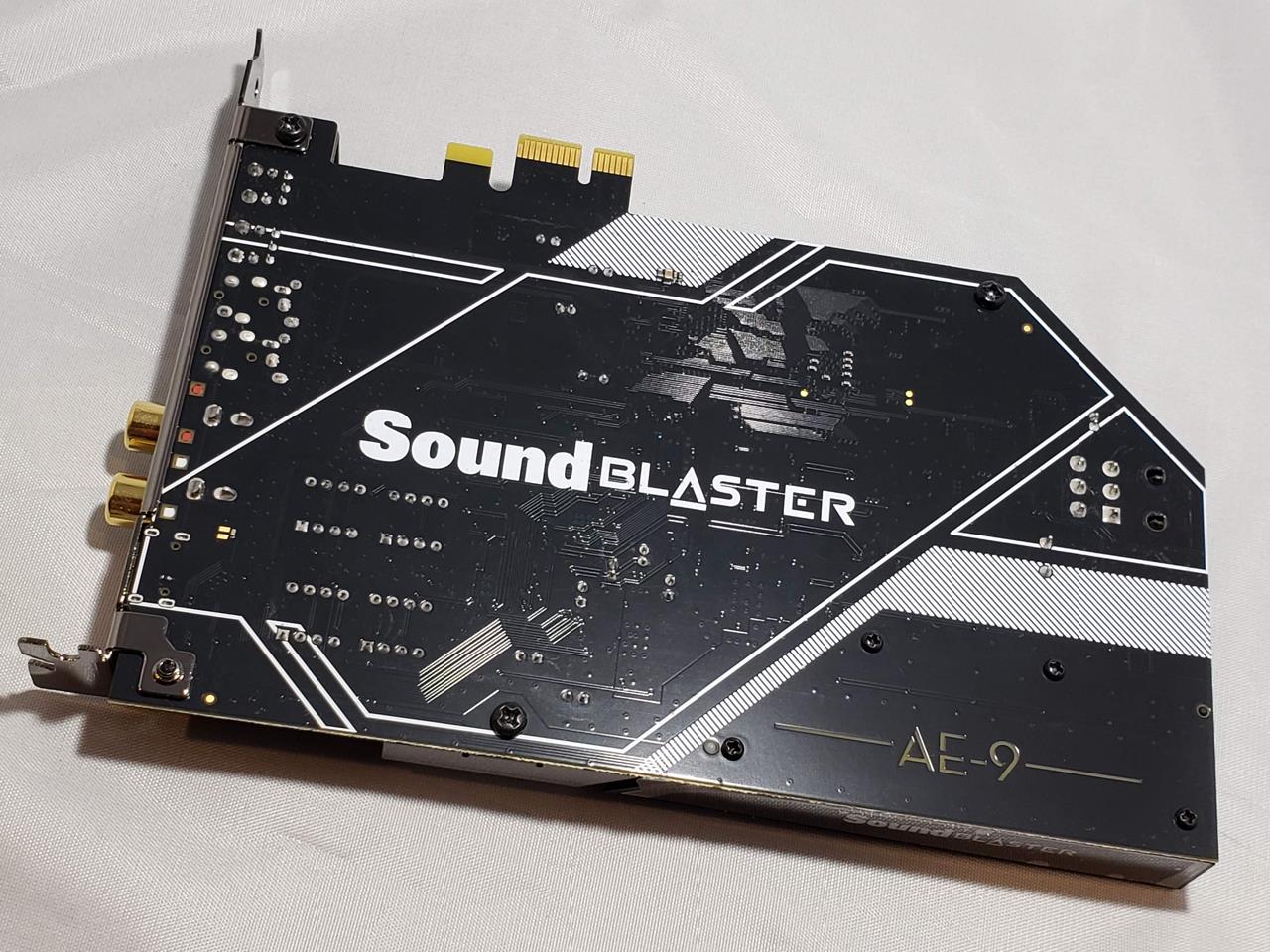 On the bracket are two S/PDIF connectors, two RCA connectors, and analog audio connectors for speakers or headphones. You’ll be able to get a 5.1 setup with the two analog connectors. There’s also a mini-HDMI connector that’s just for the external box so take care not to plug anything other than the external box to this. 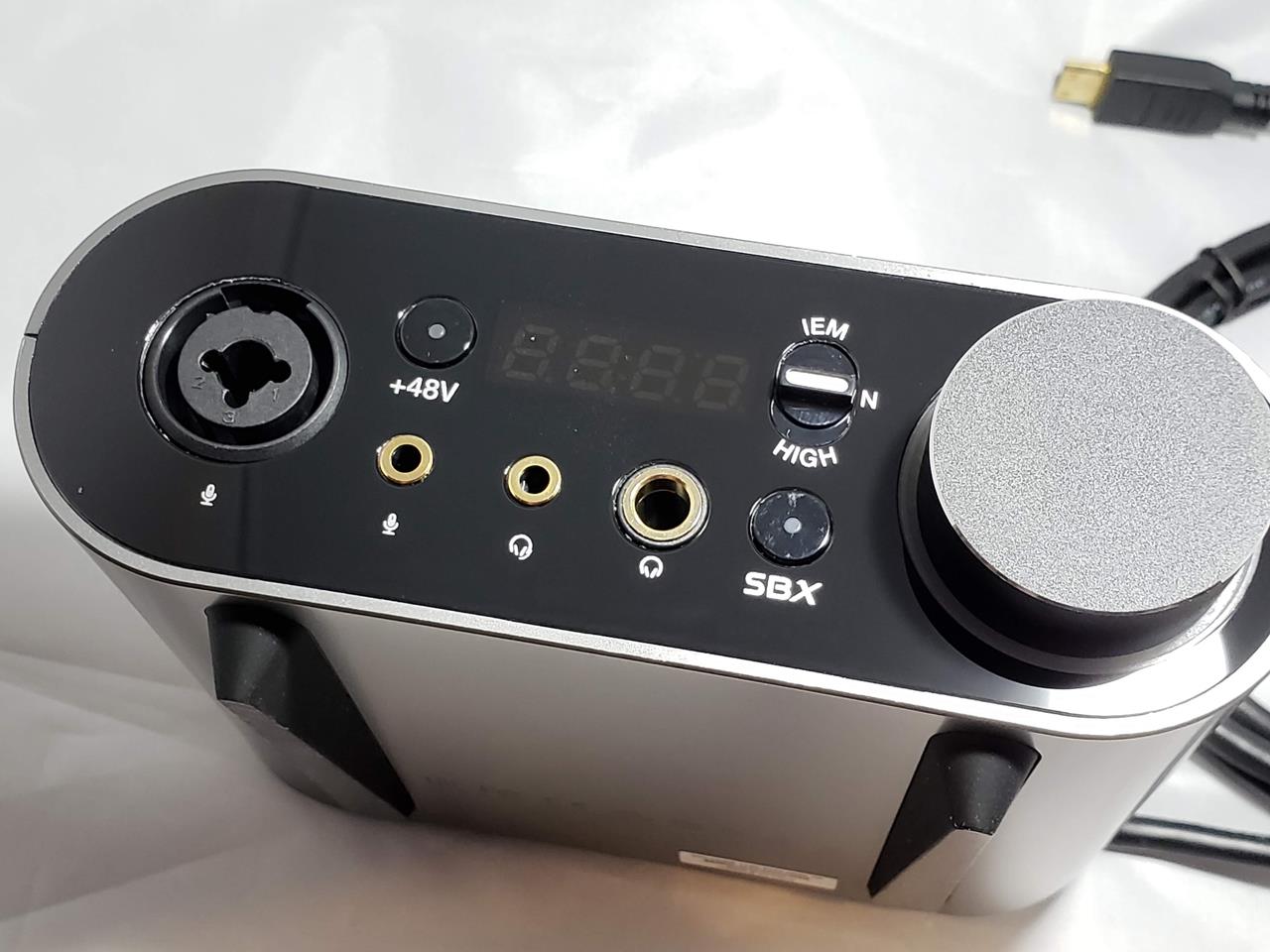 Installation had a slight issue initially. I was installing it in a NZXT H500i case. While inserting the card into the PCI-E slot and attaching the 6-pin power cable was easy enough, I found I couldn’t attach the external DAC as one of the slot dividers was partially covering the plug. It took some slight adjusting, but I was finally get enough clearance to plug in the cable. I would’ve liked it if the plug was moved slightly lower to make it not so close to the edge, but all in all, that was the only issue I had with installing the card.

Sound was amazing. It’s a great upgrade from my Realtek onboard sound on my MSI Z390 motherboard. I didn’t think there would be that much of an improvement, but I was pleasantly surprised. For me, it was really evident when using a pair of headphones. When switching between the onboard sound and the AE-9, the AE-9 was the clear winner—this is coming from someone who isn’t well-versed in sound. 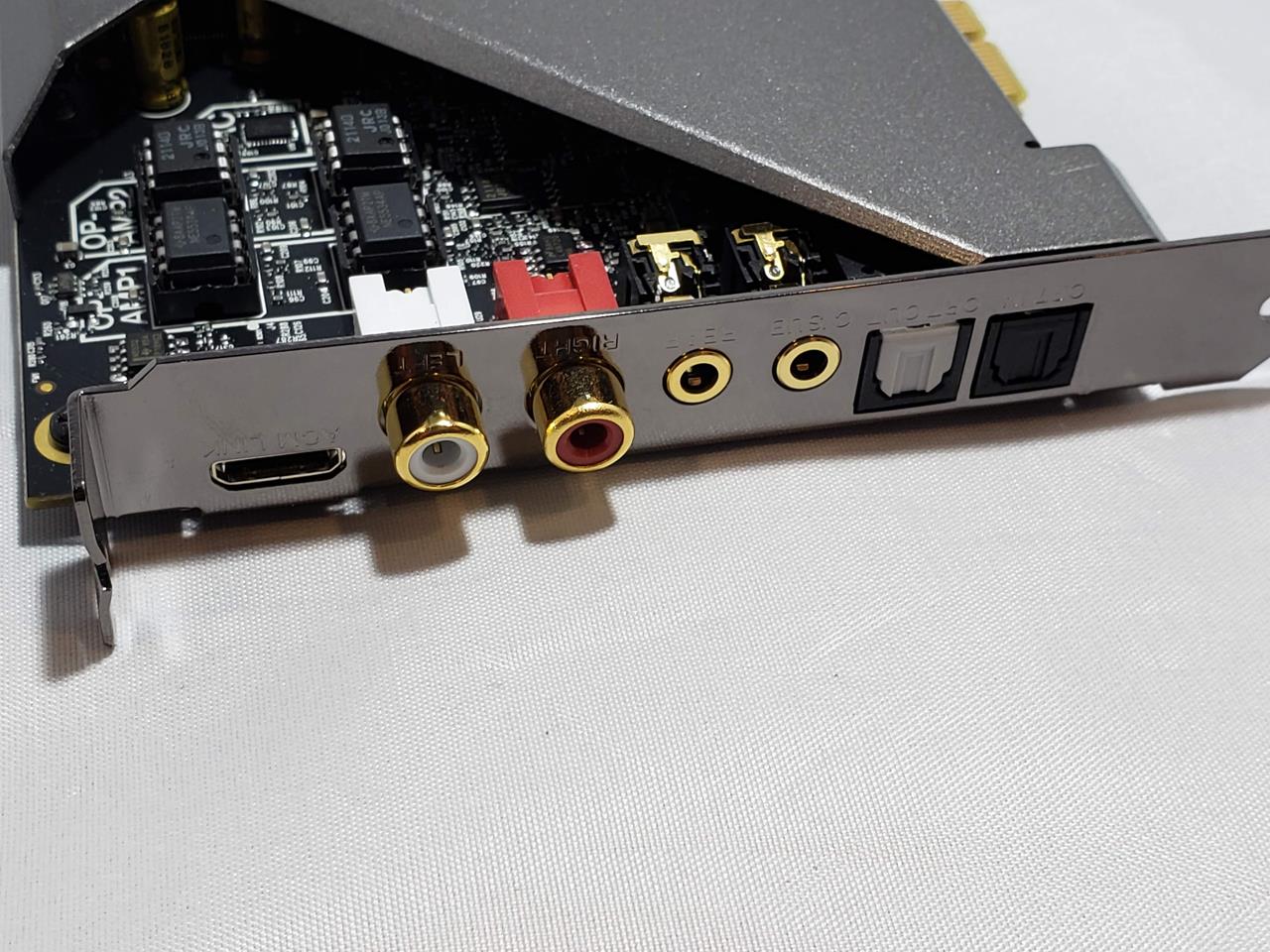 I was really impressed at how much better this sound card improved the audio quality of all the games, music, and movies I played on my computer. So much so that I wouldn’t go back to my onboard sound card. I didn’t hear any static or interference, which is good. You want crystal clear sound when spending this much on a sound card and the AE-9 delivers in my setup.

Using the AE-9 with Discord, my friends said I had some echoing when I was speaking. I had to turn off voice clarity for my echoing to disappear. After fiddling with the settings, voice was nice and clear. I tried out some of the voice morphing features, which was a little fun. For those really wanting to role-play a certain type of character, like an elf, orc, or robot, the voice morphing can add a little bit to the experience. For normal chatting, the card did well and I had no complaints after I did some fine tuning. I’m hoping the voice clarity echo can be fixed in an update. 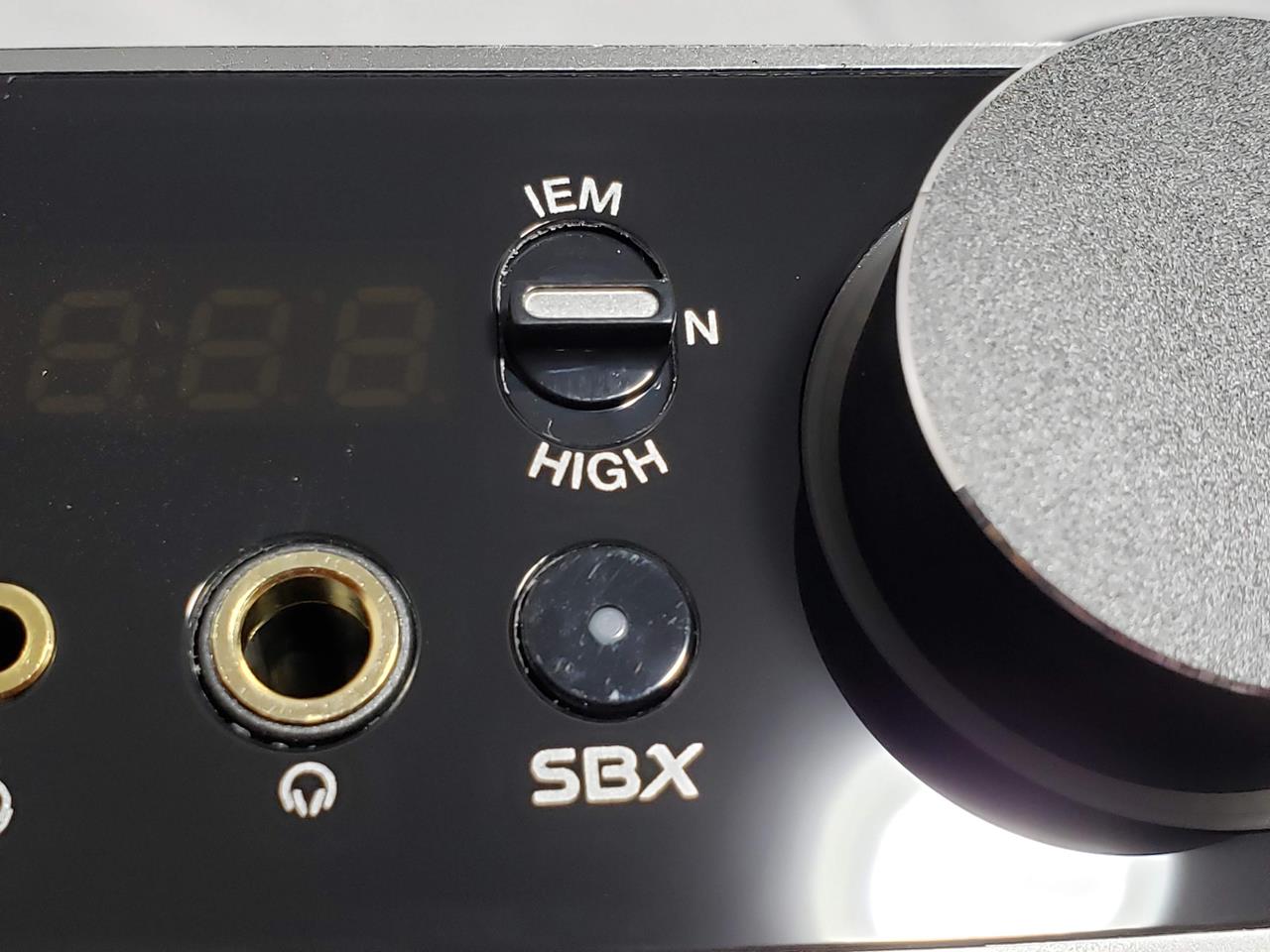 SBX worked a lot better than I thought it would. The feature increases emphasis on gunshots and footsteps, sounds that could help alert you where an enemy is or if one’s coming. With it turned off, those sound effects weren’t as pronounced. With certain games, you might want to turn the feature on as it could provide you with some extra audible information that could help win you the round.

The software, I think, is OK. There were some confusing aspects of the UI where I couldn’t find some of the features I wanted to turn on. Stability was sometimes an issue as the program would crash just from switching outputs. That’s been remedied though some updates, but I did experience it in past versions. 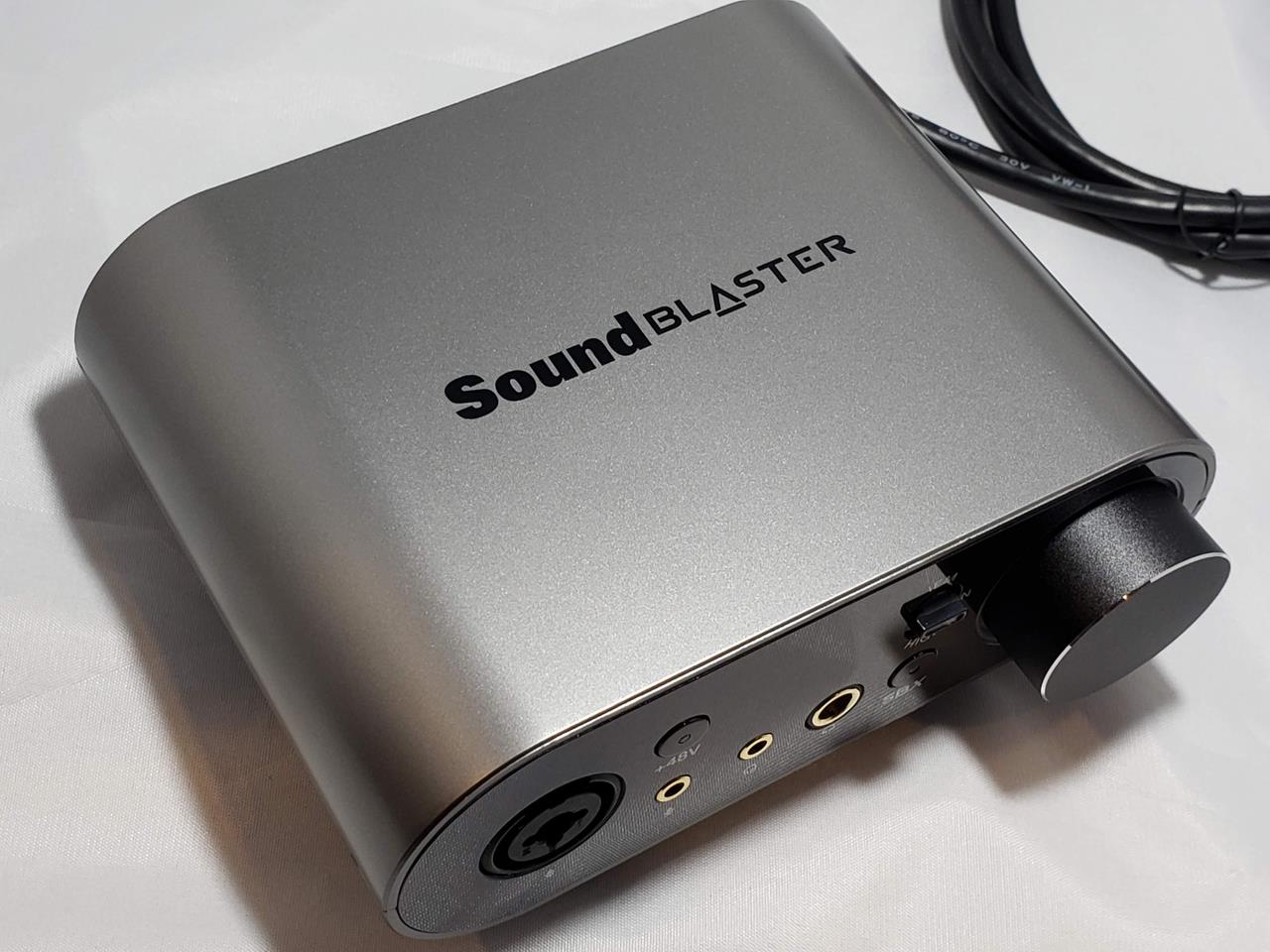 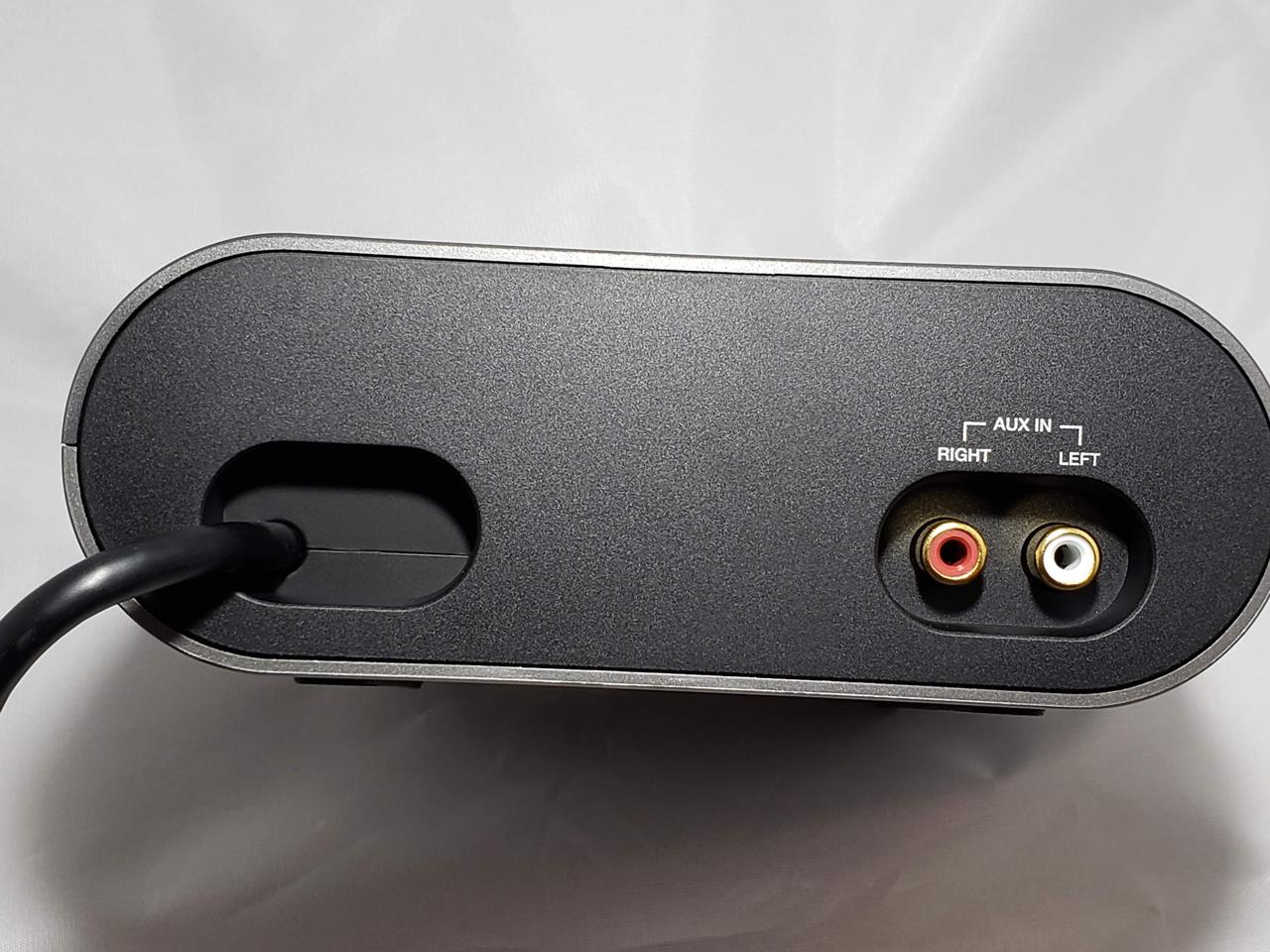 By the way, doing the switch between headphones and speakers by holding down the volume button for two seconds can sometimes be a little awkward. You don’t have to be precise on the timing, but it's not hard to hold it too long or not long enough.

For content creators, which I am not one of them, the sound card offers a lot of options and connections so you can create an audio recording setup that suits your needs. I didn’t have a set of mics to test the recording features of the AE-9 and how well it picks up the voice and how well it doesn’t mask out noise. For that, I’d say read or watch other people’s reviews on how the content-creating quality is. 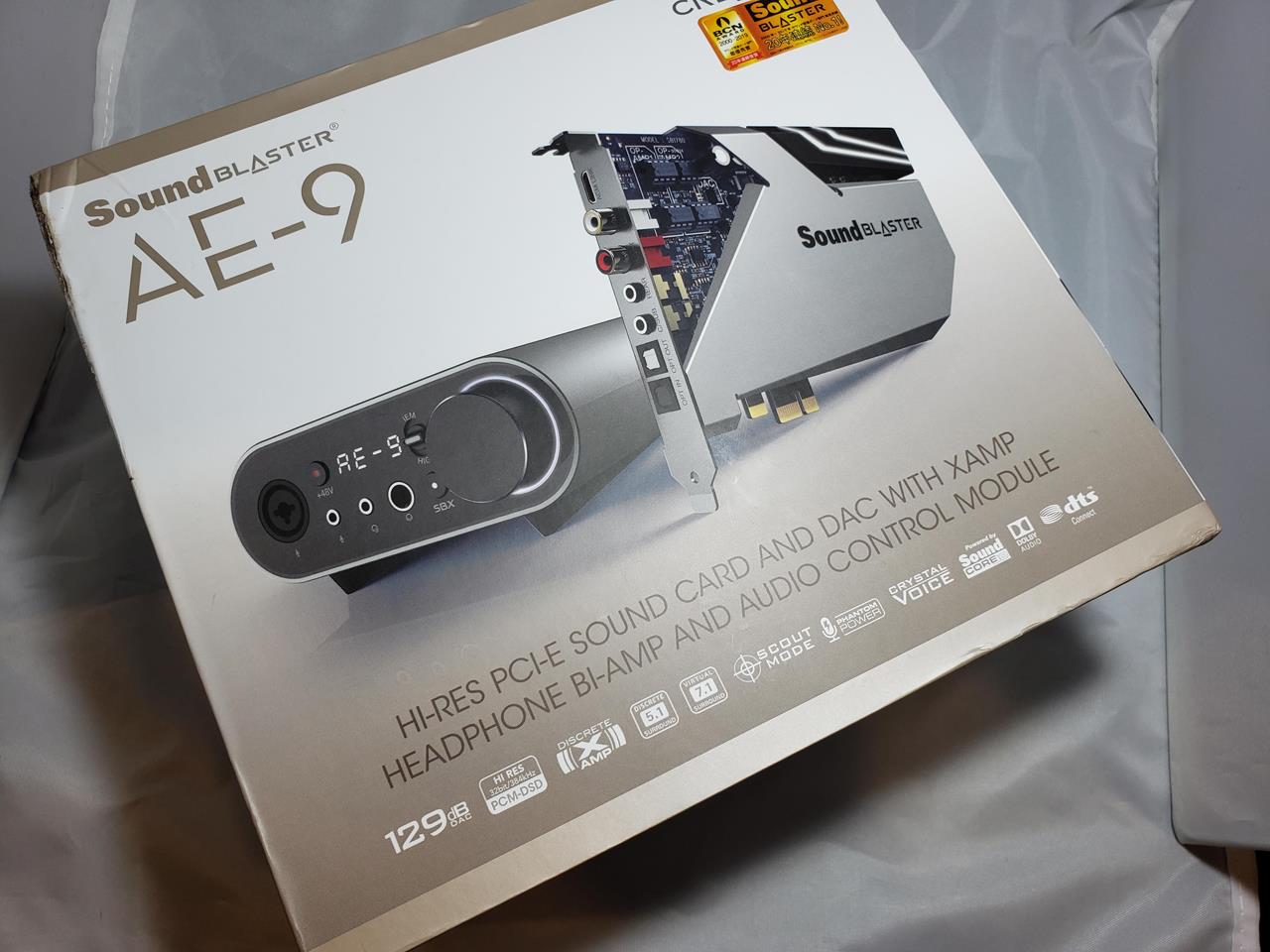 Reading other people’s experiences, it seems that there’s a group of folks out there experiencing audio dropouts among other issues. I didn’t experience any, but I did read that one of the latest Windows Updates can affect audio settings for external cards, which this could be the reason people are having issues. Hopefully, Microsoft and Creative can get these issues resolved, but I wasn’t able to replicate them on my system.

The Sound Blaster AE-9 will cost you, though, as it retails for $349. That can be a lot for a sound card, but if audio is important to you, then the AE-9 is a great get for gamers. The card might have been delayed for longer than anticipated, but it’s finally here and it’s a great option for those looking for high fidelity sound.

It's expensive and it's only for PC users, but it produces some great sound and it's got all the bells and whistles you want in a sound card.