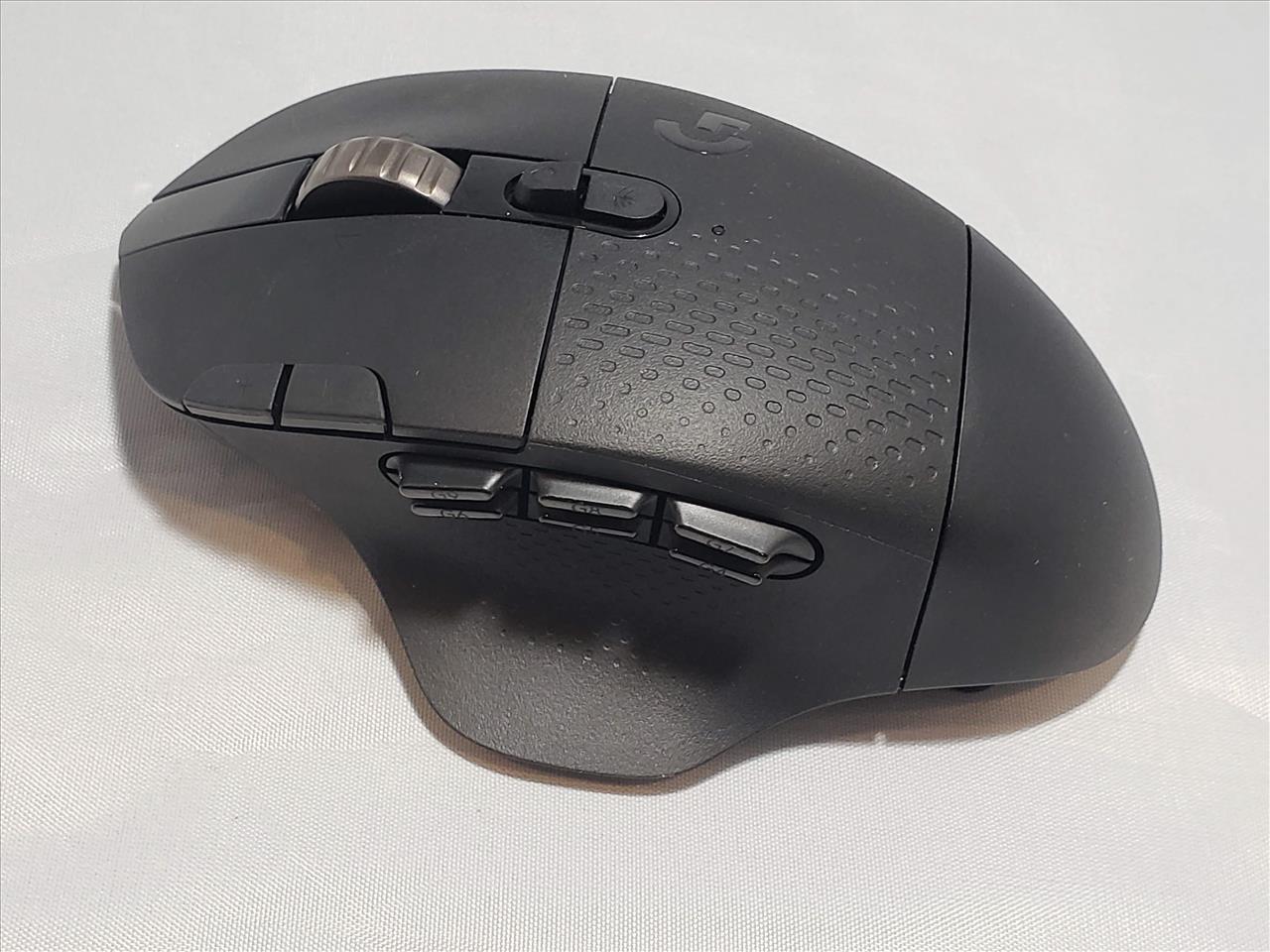 For starters, this is a wireless mouse with no way to plug it in. But that’s OK because it’s built to last a long time on just one AA battery. Like its predecessor, the G604 is meant to let you game wirelessly and not have to worry about battery life. But before we get into that, let’s talk about how the mouse has been designed.

The G604 Lightspeed features six programmable buttons at the thumb area, two main buttons, a side scrolling clickable scroll wheel, and two DPI switching buttons. With the GHUB software, you can program these buttons to do whatever you want. The scroll wheel can also switch between the clicky spin or the smooth spin with just a push of a button.

Because of the multitude of buttons available, this mouse is suitable for MMORPGs or even productivity. All the side buttons give a nice solid feedback when pressed. I’ve programmed some of the extra buttons for things like kicking off builds in Visual Studio, copying and pasting text, and selecting everything on screen. It’s going to take a little bit of practice to be able to press the right button with confidence though. 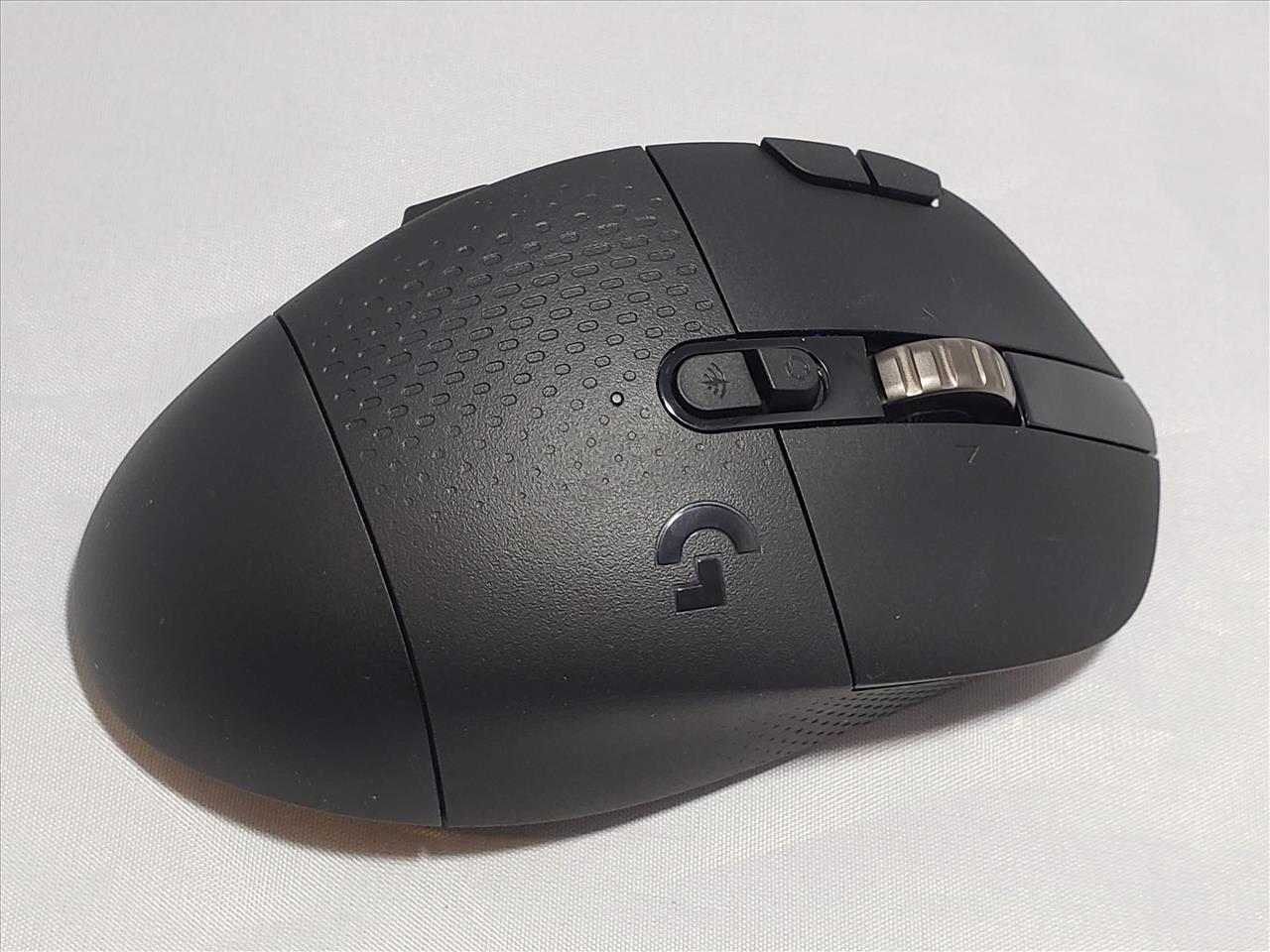 The back of the mouse houses a removable plate that lets you access the battery compartment as well as a place to store your USB receiver when not in use. The door is held on by some magnets, which I thought was a nice touch. But I did find it popped open once or twice when I had it in my bag when moving around. Compared to the G602 where it was on the bottom of the mouse, the G604’s location is different, but I don’t know if it’s an improvement. I mean, you’re just going to pick up the mouse anyways to change or store the battery or receiver, so either way works, in my opinion.

Something new added over the G604 is the ability to connect the mouse via Bluetooth to a computer. Theoretically, you could connect the mouse to one computer with the receiver and another computer with Bluetooth. Performance isn’t going to be the same with Bluetooth, though, as I found it to lag just slightly, which isn’t really noticeable doing work—but is when gaming. But I do like this addition in that you can use the mouse with multiple computers, such as taking it to work and using it there, taking advantage of the multiple buttons for actions in, say, Photoshop or Visual Studio and then using it at home on your gaming rig. Switching the Bluetooth is pretty easy as you just hold down the wireless mode button. Bluetooth mode changes a small LED on the top to be blue while switching to using the USB dongle changes the LED to light blue. I think I would’ve liked more distinct colors, but that’s a small nitpick. 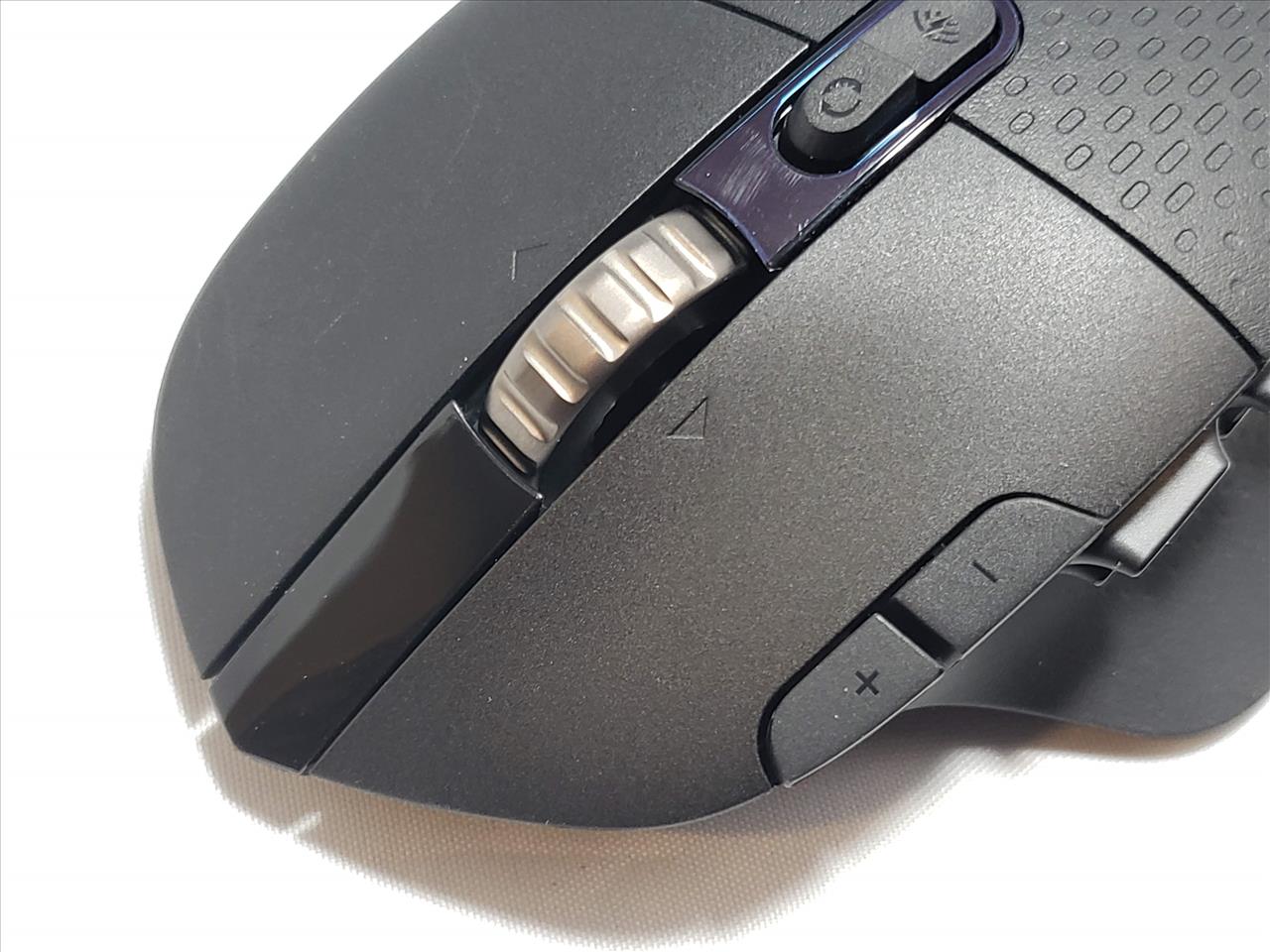 As with all the gaming mice from Logitech recently, the G604 is using the HERO 16K sensor. Now I’m not going to get too much into the sensor as we’ve done a few reviews of mice with said sensor, but suffice to say if you’re going to game, the sensor won’t fail you. Also, it’s very power efficient and this is the part that helps the G604 last a long, long time on just one AA battery. When using the included USB dongle, gaming performance is top notch and what you would expect from a mouse with a HERO 16K sensor. Yes, you can game wirelessly with this mouse and not feel any lag.

Even though I had experience with the G602, I was still amazed at how long of a battery life I got on a single AA battery with the G604. Yes, this mouse does live up to its claim of over 240 hours of battery life and up to 5.5 months on Bluetooth. I’ve been using this mouse for the past few months and I’ve changed out the battery once. Just once and I switch to Bluetooth mode when I’m not gaming. You get great battery life on top of having it power one of the best mouse sensors out there, which I think is an incredible feat for the G604 Lightspeed. 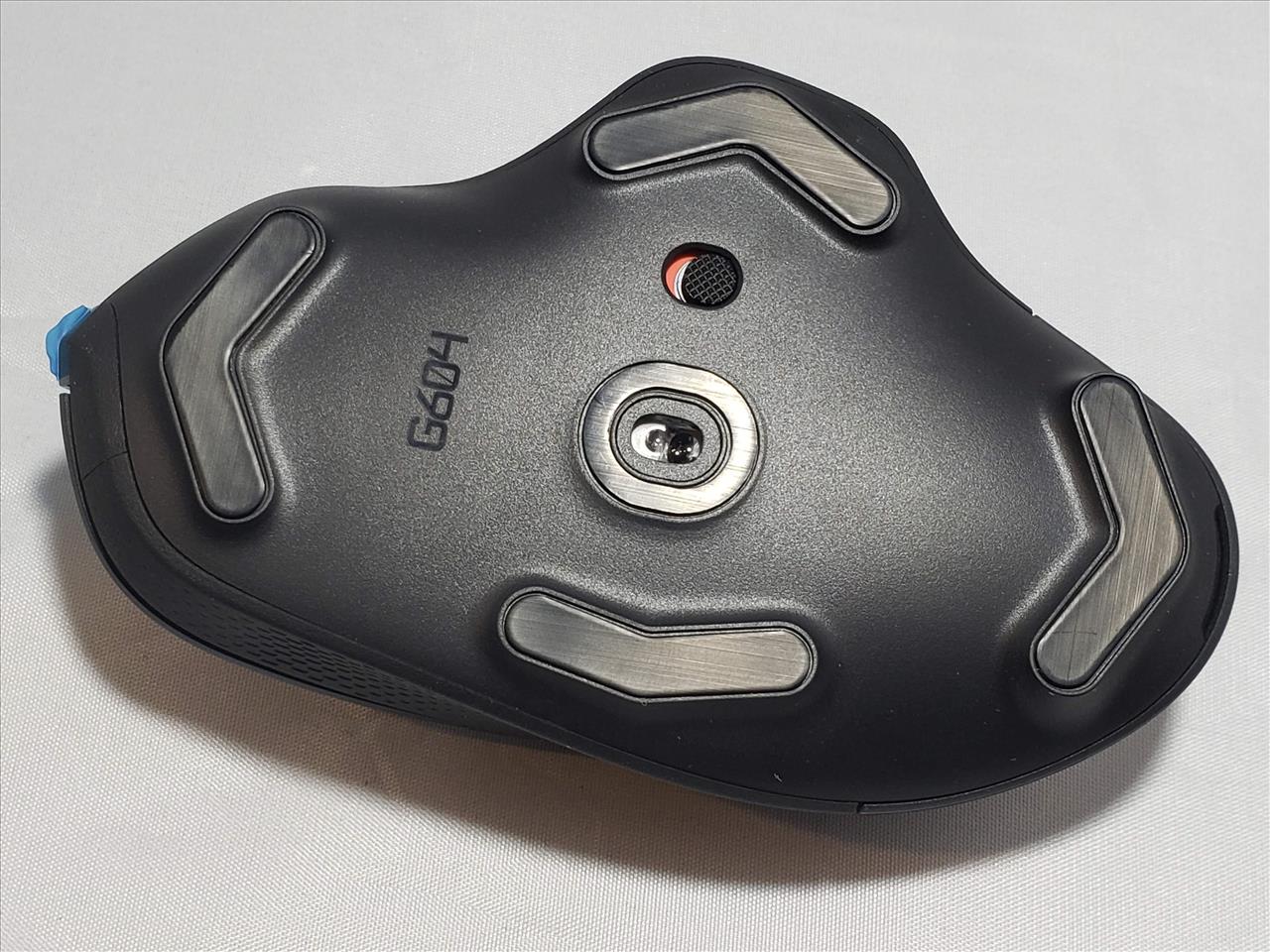 I asked why they didn’t include an option of using a PowerPlay puck, but they said it would’ve added to the cost of the mouse, which is already at $99. I did try pairing the G604 with the PowerPlay’s wireless receiver, but that didn’t work. I would’ve liked to pair it with that and not have to plug in the USB dongle though.

Weight-wise, the mouse’s 135 grams doesn't make this one of the more lightweight options, but I didn’t think it was too bad. My main current gaming mouse, the G502 Lightspeed eoms weighs in at 114 grams and I can tell the weight difference when using the two. Some people might be turned off by the “heavier” G604 though. 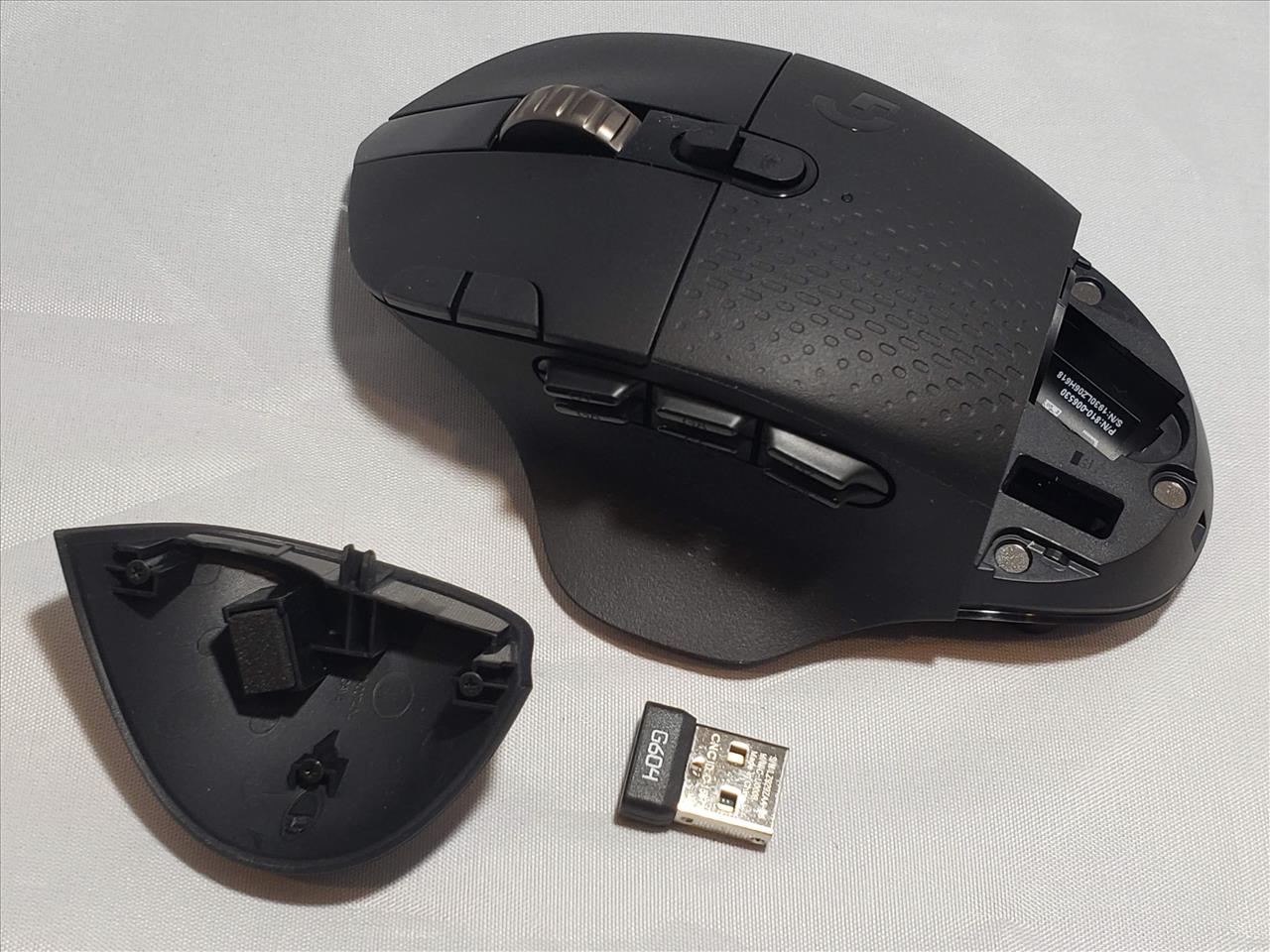 For those wanting lights, the G604 lacks any color LEDs. Most gaming mice from Logitech have the G logo that emits some sort of lighting, but to maximize battery life, there’s no light option on this one and that’s perfectly fine with me.

The Logitech G604 Lightspeed Wireless Gaming Mouse offers a lot of customization options for those looking for a few more than the standard number of buttons as well as top notch gaming performance with the HERO 16K sensor. While there’s no rechargeable option, you won’t miss it with its extra, extra, extra long battery life. At $99, it’s not a bad price and the multitude of buttons available makes this one versatile wireless gaming mouse.

Yes, this wireless gaming mouse will last a long, long time on one AA battery. It's got a lot of buttons for you to program and a sensor that's class leading.